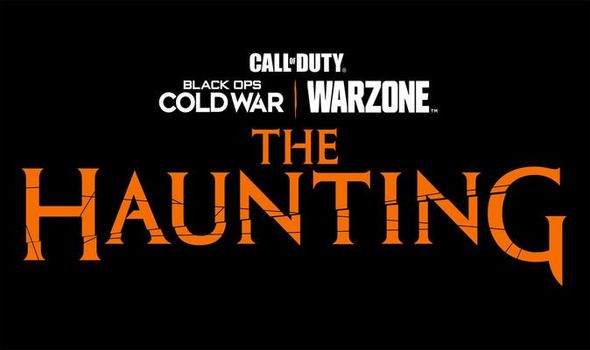 The Haunting of Verdansk is back on the menu this week, meaning that the popular Call of Duty Warzone map is about to be overrun by the undead.

However, it should be noted that there could be some big differences from last year’s launch.

The premise of the old event was to offer unlockable loot from special crates, alongside a mode where a few players started as zombies instead of normal soldiers with pistols.

The big difference here is that unlike the zombies in Black Ops: Cold War, these undead characters could jump huge distances, drop gas grenades and cause all kinds of mischief.

Players selected as zombies were tasked with running around the map and killing as many people as possible.

It should also be noted that those who were eliminated by more traditional means will also return as a zombie.

However, after you had hunted down and eliminated another player as a zombie, you would return to the game as a normal player again.

This included all the gear you had before your transformation, meaning it was essential to grab a loadout if you want to be one of the last teams left standing.

The name of the mode was Zombies Royale, but many associate it so closely with the Haunting of Verdansk event that they don’t call it that.

The big thing to note this year is that Activision is just calling it THE HAUNTING, and have also confirmed there will be new limited-time modes.

This means that Zombie Royale will be joined by something else, or completely replaced.

Here’s what undead operators could do in Zombie Royale: “Zombified Operators don’t feel the effects of fatigue and thus enjoy a passive increase to their movement speed along with stronger melee attacks. When you close the distance and start striking, it won’t be long until another zombie is added to the ranks. Due to their nocturnal nature, the undead also benefit from advanced vision.

“Live Operators are more clearly highlighted in a zombie’s field of view, and their footprints remain momentarily visible to the undead, similar to the Tracker Perk that normal Operators have. In other words, the living can run, but they certainly can’t hide.

“Being undead also grants the benefit of immunity to the gas. Toxins can’t hurt you when you don’t breathe. See those Operators skirting the edge of the circle? Give them a nice scare and run out at them where they least expect it.”

Call of Duty release trailer for The Haunting of Verdansk

WHEN DOES THE HAUNTING OF VERDANSK START?

The Haunting will include a number of limited-time modes split across Warzone and Black Ops: Cold War and is confirmed to have unlockable items included.

The release time is expected to be for around 6pm BST, but Activision has confirmed that more news will be shared today, October 18.

Ghostface has already been leaked, and there could be Scream-themed outfits revealed over the coming hours.

“Get your hands on the prototypical LAPA SMG through The Haunting Event later this season, both as an event reward — similar to the Sai from The Numbers Event— or in a Store Bundle via Weapon Blueprint.

“Be careful what you wish for. The Haunting, our upcoming Halloween celebration across Warzone and Black Ops Cold War, is coming on October 19. Return to the Call of Duty blog on October 18 for more intel about this event… if you dare.”

The Haunting event in Call of Duy games are scheduled to begin on October 19 and end on November 2, before the launch of Call of Duty Vanguard.