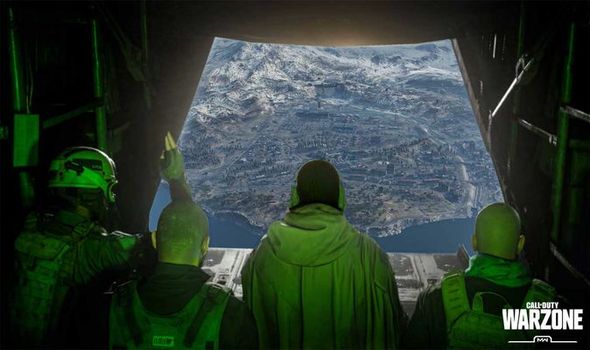 New information released this week has confirmed that the Call of Duty Warzone release date has been set for August 5, 2020. The source of the new information is streamer NICKMERCS, who revealed new footage regarding Modern Warfare Season 5 this week. The main draw from the new information is that Call of Duty Warzone Season 5 has a release date set for August 5. The footage also featured a train horn, which strongly suggests that those realigned tracks will be put through its paces soon. A loot train hurtling across the Verdansk map would help spice things up, but that might not be the most significant change coming to the game.

More footage from COD Warzone shared by Twitch streamer Tyler’ TeePee’ Polchow this week includes a new map reveal. The footage, which appears to be staged within the Verdansk football stadium, includes a vast explosion going off.

And if the hints prove to be correct, this could mean that the Stadium is about to change in some big ways. Depending on what caused the explosion, the area surrounding the Stadium could become a new hazard zone.

Another theory is that the Stadium will be opened up by the explosion, which will leave different ways to enter the new area.

If both a new train and the stadium changes go live the same week, it will make for a great way to start Modern Warfare Season 5.

Not much has changed in Warzone when it comes to POIs and locations since the free Battle Royale experience launched earlier this year.

Bunkers opened and provided some interesting Easter eggs to find, but now gamers are hoping to see some much bigger changes.

It should be noted that Activision hasn’t officially revealed the Season 5 release date for Warzone and Modern Warfare, which probably won’t happen until we get closer to the actual event.

But this teaser certainly serves to hint at what big plans the development team at Infinity Ward has for the game moving forward.

While we have to wait until next month to get this new Modern Warfare update, a new Playlist patch went live yesterday, with details of what has changed listed below:

Hop into 3v3 Gunfight Snipers Only to test your marksman skills. Talk it up with your teammates and best the arena to find your spot and pick off the enemy. Beware the glint.

Ground War gets reinfected in this large-map version of the popular Multiplayer party mode. Fight to survive until the time expires to claim victory. Consider mid-range weaponry to pick off foes at a distance or a deadly close-quarters option for anyone who tries to sneak up on you.

Close-quarters gunplay excels in both locales while marksman can find longer sightlines on Shoot House’s flanking routes. Take advantage of the more frequent engagements you’ll have on both maps to knock out some of this Season’s Officer Challenges and reap the XP rewards. Plus, search for successive kills in the Cranked playlist where you’ll have a short amount of time to get your next kill (or assist) or boom, you’ll explode.

Get a new look for Charly with the ‘Earth Expeditionary Force’ bundle. Dressed for a tactical exploration of the beyond, don ‘The Outrider’ skin and move quickly with the Legendary Colonial Standard LMG. The bundle also contains a watch, weapon charm, calling card, and emblem.

Get your game in gear with the ‘Racing Series: Mach 8’ bundle. This racer-inspired bundle features red tracer blueprints the Autoclave SMG and Winner’s Circle Handgun and two vehicle skins to help you keep track of your ride in Warzone. Plus, get the ‘Start Your Engines’ vehicle horn that blares a race countdown sound.

Warzone gets a boost this weekend in the Duos Stimulus playlist. If you have enough Cash when you’re eliminated, you’ll automatically redeploy into the match. No need for the Gulag. Stimulus redeploys players fast, so expect more frenetic play. Other Warzone playlists include Battle Royale Solos, Trios, Duos, and Quads and Plunder Quads.

Purchase tiers for only 100 Call of Duty points (regular price: 150 Call of Duty points) to help you advance through the Battle Pass system. The Tier Sale begins on July 21 at 10 AM PT and ends on July 27 at 10AM PT. Also available during the Sale, players can purchase discounted tiers in Tier Bundles in the Store.