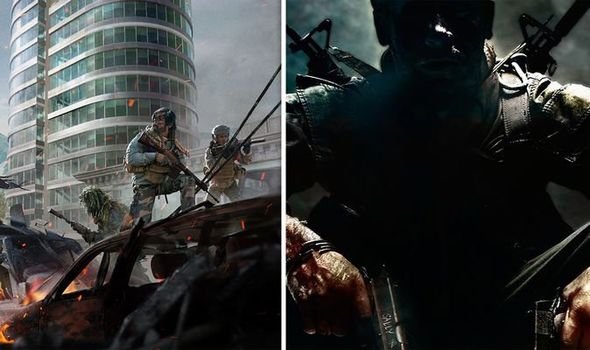 With new Call of Duty games typically revealed in April, May or June, fans are starting to wonder if this year’s entry has been delayed.

Fortunately, an illuminating new report on VGC suggests that the Call of Duty 2020 reveal could be tied into Warzone map changes.

According to the site, Call of Duty Warzone’s Season 5 map update will introduce a large football stadium and a loot-filled train.

The train will reportedly circle the map, giving players the ability to grab some new weapons and items when it travels by.

If that wasn’t interesting enough, the map changes are expected to be triggered by the nuclear warhead discovered underneath the map.

It’s believed the event will coincide with the reveal of this year’s Call of Duty release – possibly in early August.

If the rumours are true, it’s an excellent way of announcing a new game, while also freshening up the Battle Royale mode.

The current rumours suggest that Call of Duty 2020 will take the form of a new game in the Black Ops series.

If recent leaks are anything to go by, the upcoming game could be called Call of Duty Cold War.

One thing we do know about this year’s Call of Duty is that it won’t abandon the Warzone Battle Royale mode introduced earlier this year.

In a recent interview with GamerGen, Activision’s Taylor Kurosaki suggested that Warzone will come to PS5 and Xbox Series X.

“I know that our plan is Warzone is going to be around for quite some time, so as soon as those new systems are out and available I’m sure we’ll support them,” he said.

The sentiments were echoed during the Activision earnings call, as the company promised to support Warzone with new content and new modes in upcoming updates.

This certainly lends weight to the rumours that Warzone will incorporate Black Ops content when it’s revealed in August.

In other Call of Duty Warzone news, Activision recently added support for up to 200 players in Battle Royale Quads.

“With this update, Verdansk will now be able to hold up to 200 players in Battle Royale Quads,” reads a recent post. “That means 50 Quads of Operators fighting each other and the encroaching circle collapse.

“This new player count makes Warzone an even bigger Battle Royale experience, so get ready to drop in alongside 199 other members of this millions-strong community to cause havoc!”