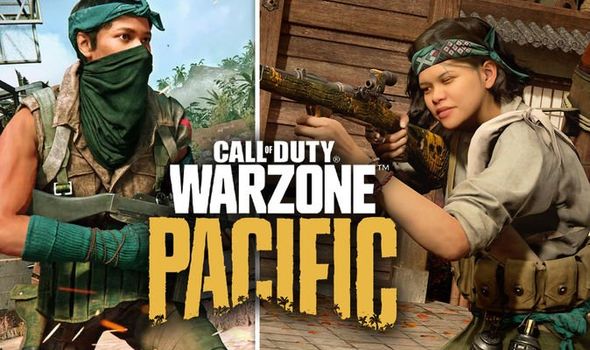 The new Warzone update goes live ahead of the mid-season content drop on January 13.

Fans can install the mid-season update at 5am GMT UK time on the morning of January 13.

The content will be available later that day, when the mid-season update goes live at 5pm GMT. This coincides with the start of a double XP event for the weekend.

As part of the mid-season update, fans can expect a new Operator, as well as new weapons and other content.

The headline new feature is the addition of an Attack on Titan crossover, which will be available from the in-game shop on January 20.

“In celebration of Attack on Titan’s final season, Vanguard and Warzone Pacific players can become a Survey Corps member through the Tracer Pack: Attack on Titan — Levi Edition Bundle.

“This 10-item Store Bundle is not just for superfans of the franchise; it has the style and firepower to become a leader among soldiers, just like Levi Ackerman.

“One of the most notable additions to this Bundle is the ‘Titan Piercer,’ a Weapon Blueprint that models the very blade that can slay Titans.

Call of Duty Vanguard takes the action back to WW2.