Candy Crush Saga was released in 2011 and quickly became one of the five most popular games on Facebook by 2012 and has become a wildly addictive game that has everyone from tweens to seniors under its spell. Hardcore Candy Crush players will know that there is so much more to it than the basic mechanics of a match-three game; there are a wide range of moves you can make and even more combinations of candies that will result in a special candy.

The popularity of the game has waned only slightly since its initial release, but that's not to say that it isn't still one of the most played games across Facebook and on mobile to this day. With its extreme popularity and general addictiveness, players of Candy Crush Saga were bound to want to know how to get even farther in the game and become an ultimately better player.

Updated May 7, 2022, by Gabrielle Huston: Candy Crush has been around for more than a decade, but it's still immensely popular with players all over the world! If you want to improve your Candy Crush skills, look no further. 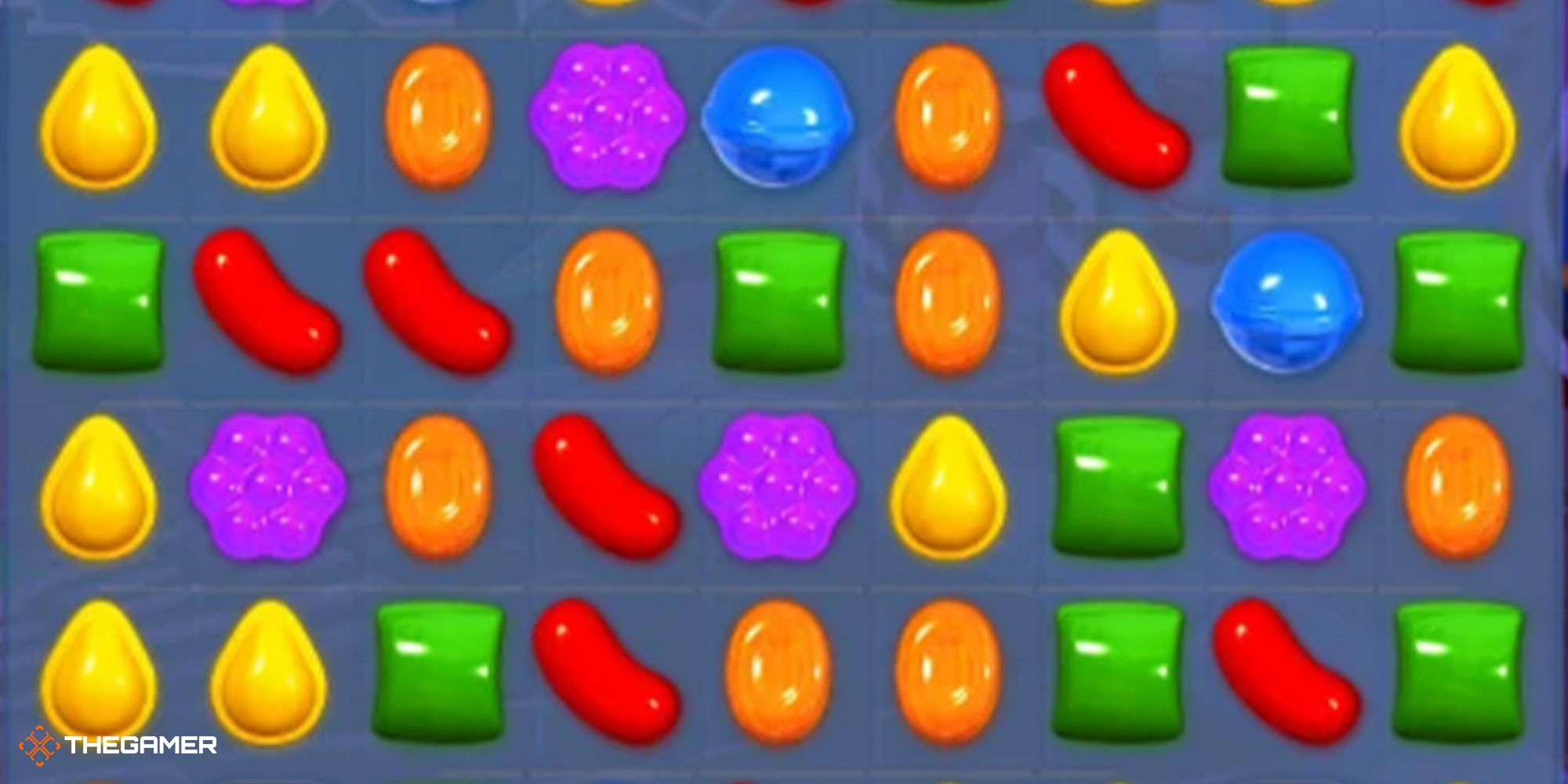 This next one is a major tip that most don't know about. See, when playing a level, if you don’t make a move within a certain amount of time, the game will suggest a move for you to make. Do not make this move.

This is simply because the moves they suggest are typically at random, and not necessarily to assist you with a good move to make. So it would be in your best interest to ignore the move and find a move you would like to make yourself.

11 Changing The Clock For Extra Lives 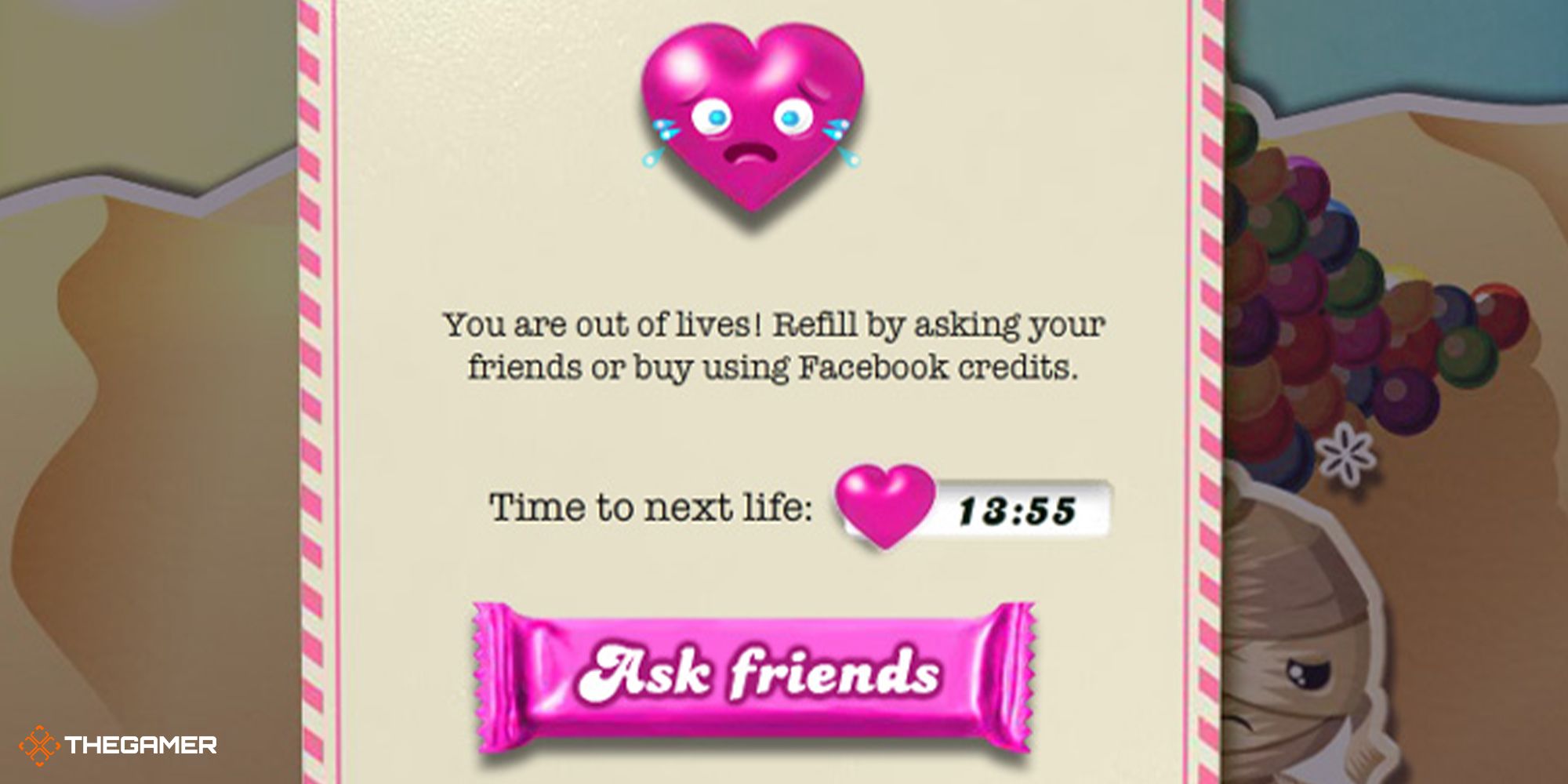 There is another way to get extra lives through a cheat. All you have to do is turn the clock on your mobile device ahead 2 hours. This allows you to continue playing longer. The method of doing this will depend on which phone you have, but you basically just need to go to the settings and tell your phone not to automatically set the time via the internet. Then, add two hours forward and get 4 more lives in your game.

You’ll have to pay back the time at some point, but schedule it for around when you’re sleeping, and you're golden. Don’t forget to change it from PM to AM if you are doing this around midnight, though!

10 Accepting Extra Lives (And Other Gifts) From Friends 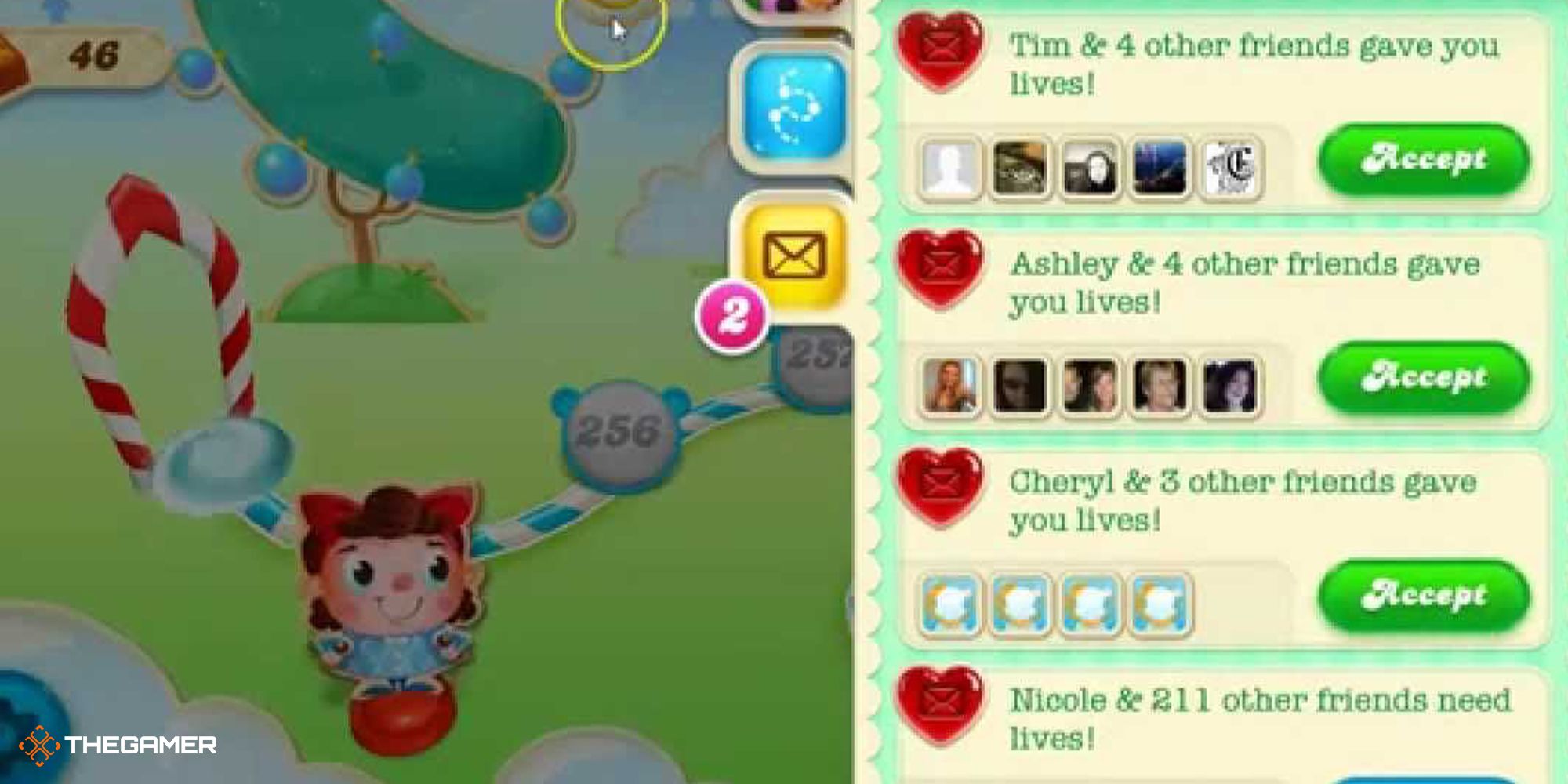 Obviously, it is great to open up Candy Crush and see that a friend has sent you a gift. But don't hit accept… at least, not right away.

It is absolutely crucial when accepting certain gifts, particularly extra lives, from friends, that you only save them for when you absolutely need them. If you accept the gift of an extra life from a friend when you are already at max capacity, it is useless. So click ‘X’ until you are down to 2 or 3 lives, and then proceed to accept the extra life.

9 Turn Off Boosts For The Next Level 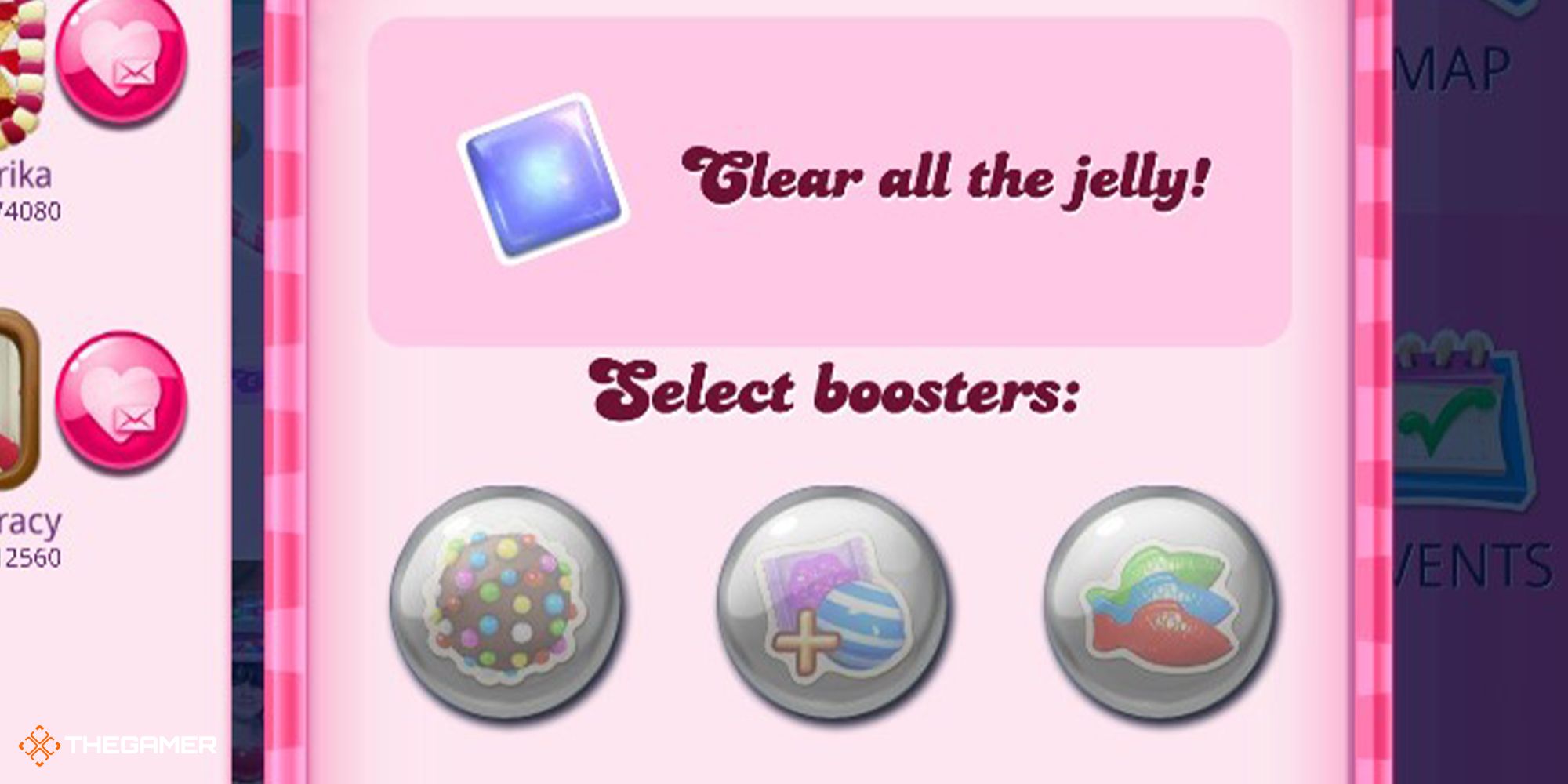 It is incredibly easy to forget to turn off the boosts you were using in the previous level when beginning the next one, but it can be a serious problem if you forget to.

Always make sure to turn them off, especially if you do not need the boosts for the next level. Otherwise, you will waste these boosts that can be pertinent to a future level. It will only serve to hamper your progress, as well as make you very frustrated with yourself.

8 Save The Fish For Last 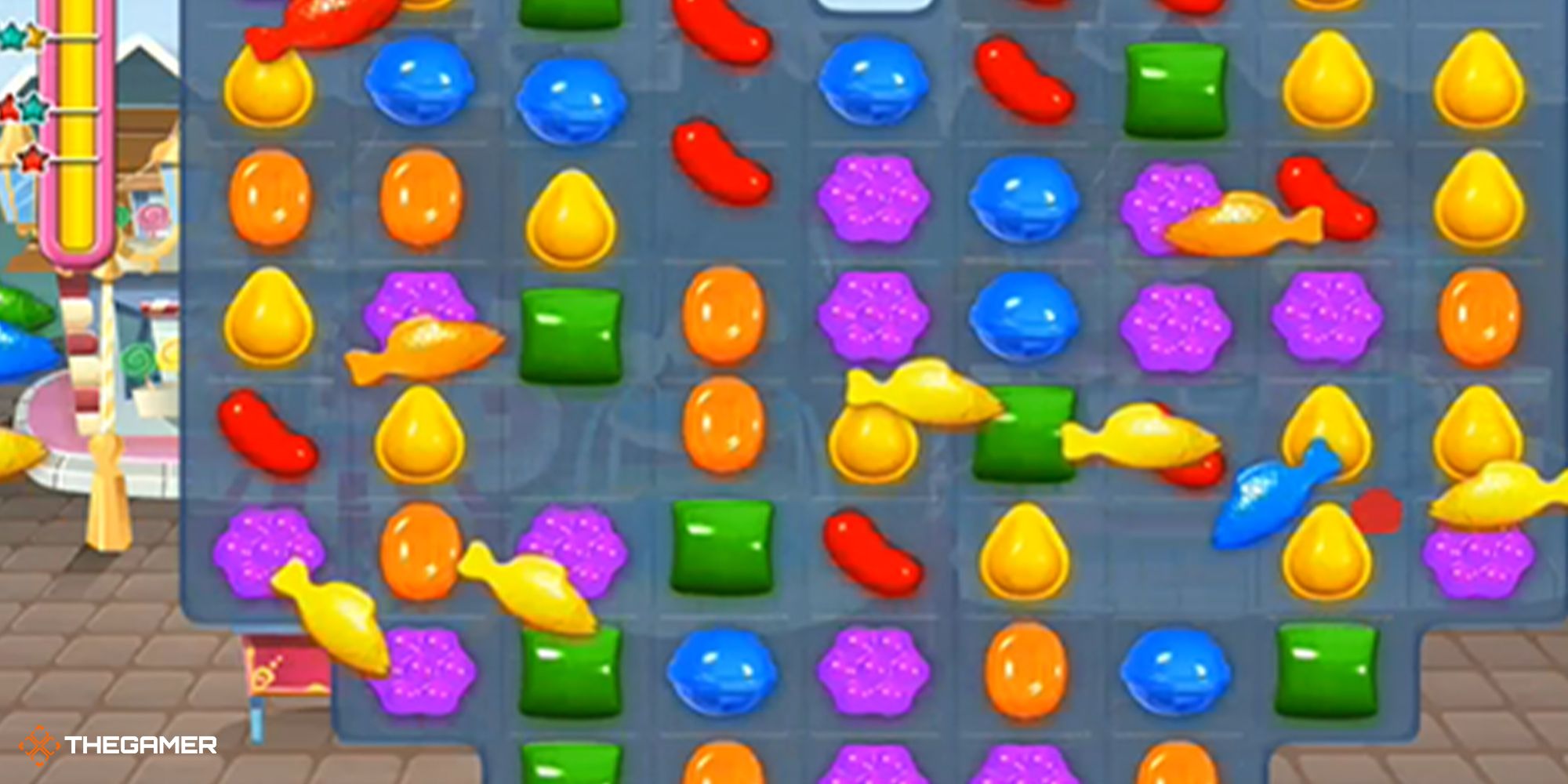 Whenever you are playing a level, it is always helpful to play the fish candy booster last – especially if you are on a jelly level. Make sure you use the fish candies at the very end of the level because they will automatically go for any remaining jellies.

So if you have hard-to-reach jellies left, they will seek them out and hopefully help you win the level. It is helpful on other levels, sure, but definitely try to save them for the jelly levels. 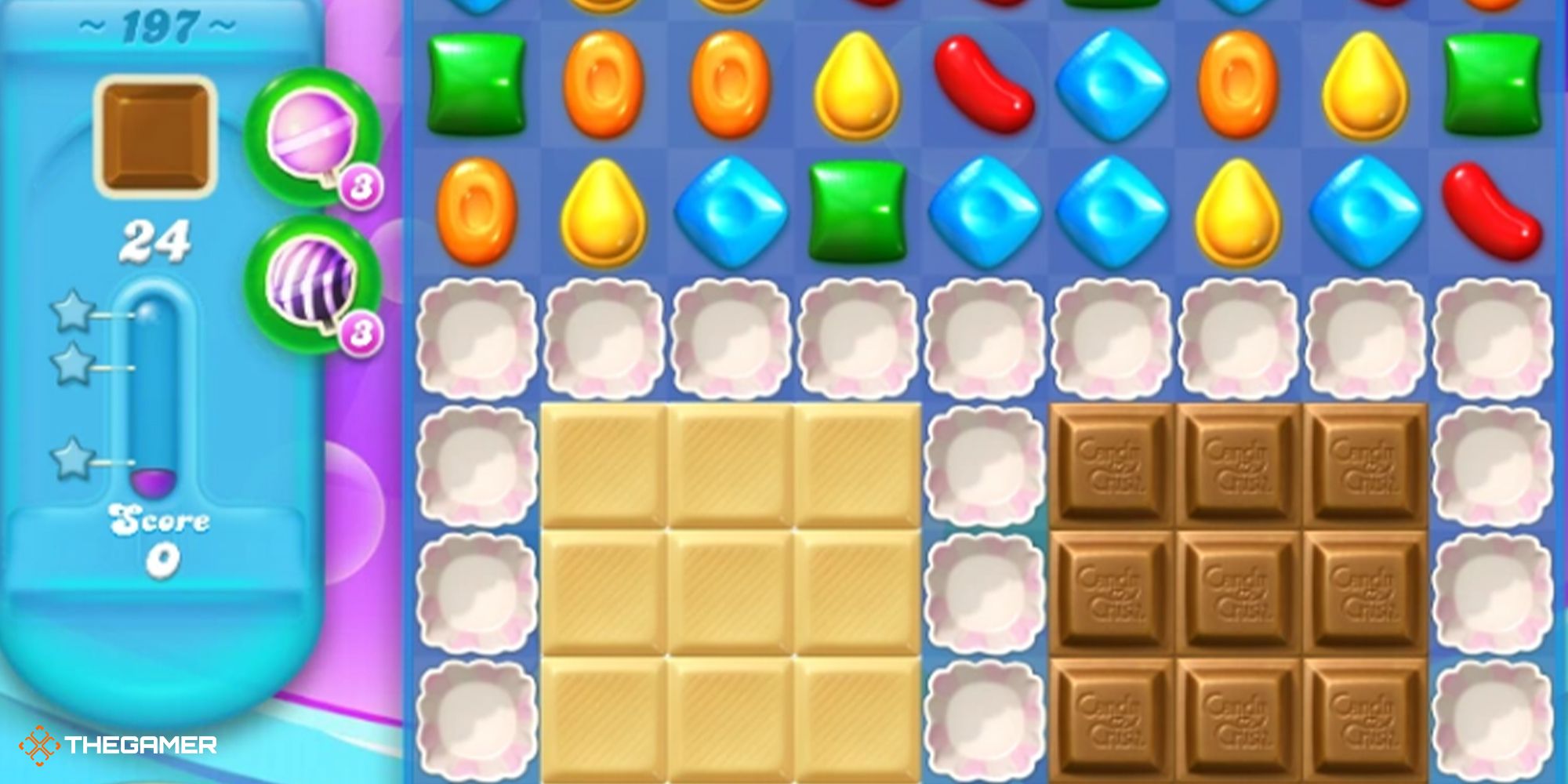 It is helpful to know that if you have eaten a piece of chocolate in one round, then it will not regenerate in the next round. This really is helpful since it keeps the chocolate from coming back again and again.

So make sure to try to destroy the chocolate each round that way it won’t regenerate in the following round. Unless you are playing in a later level, then I’m sure you already know that there is a chocolate maker that causes the chocolate to come back at an alarming rate.

6 Adding Time During A Time Challenge 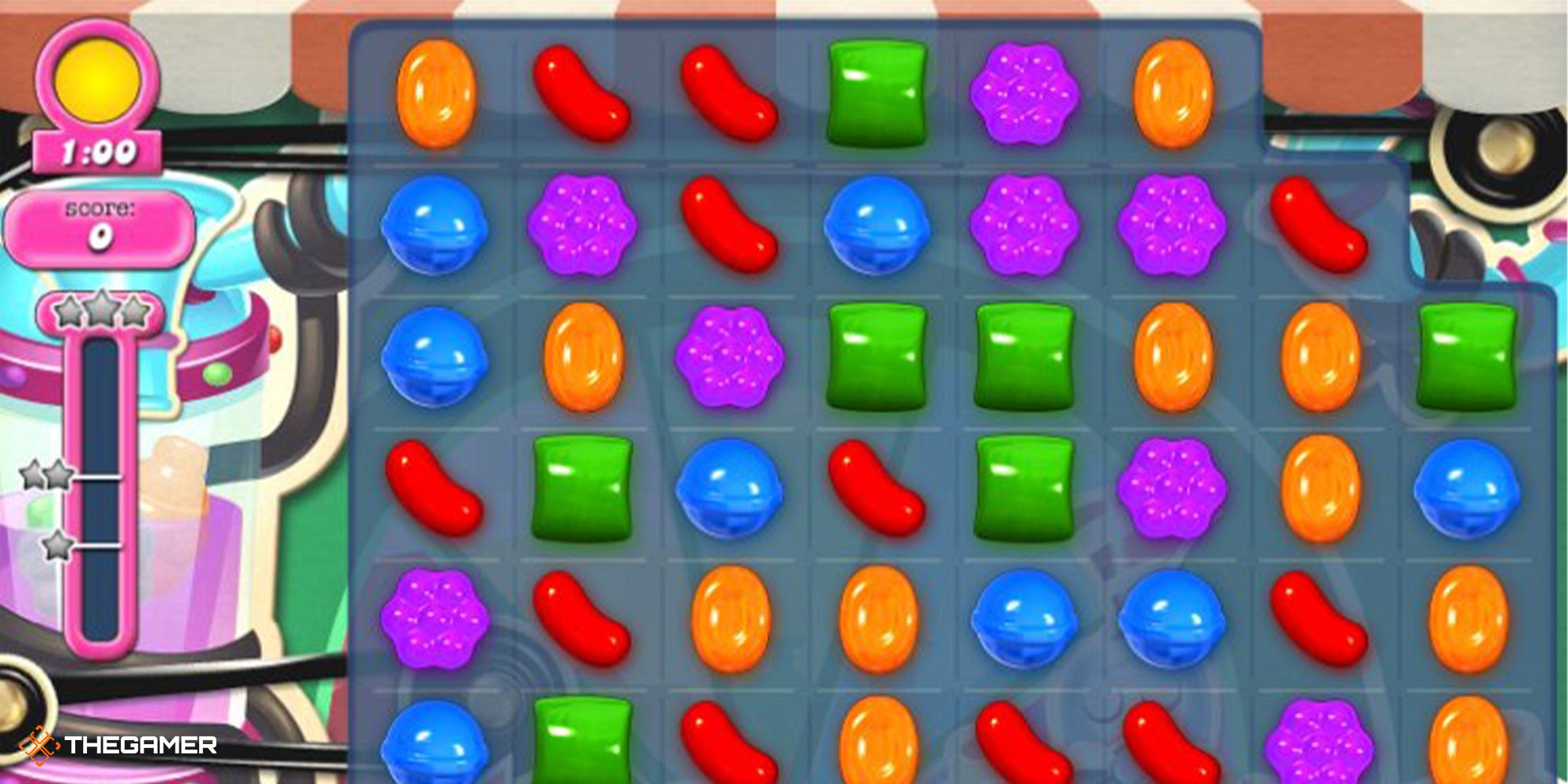 The easiest way to pass a timed level is to try to get as many +5 candies as humanly possible, that way they add more time to the clock.

They do not come down randomly, mind you, so there is a surefire way to get a lot of time added. The +5’s drop each time you make a move that in turn causes a “cascade of 4 or more combos." Then be sure to crush the +5 candy to make sure to add it to your timer.

5 Save Your Special Candies And Boosters 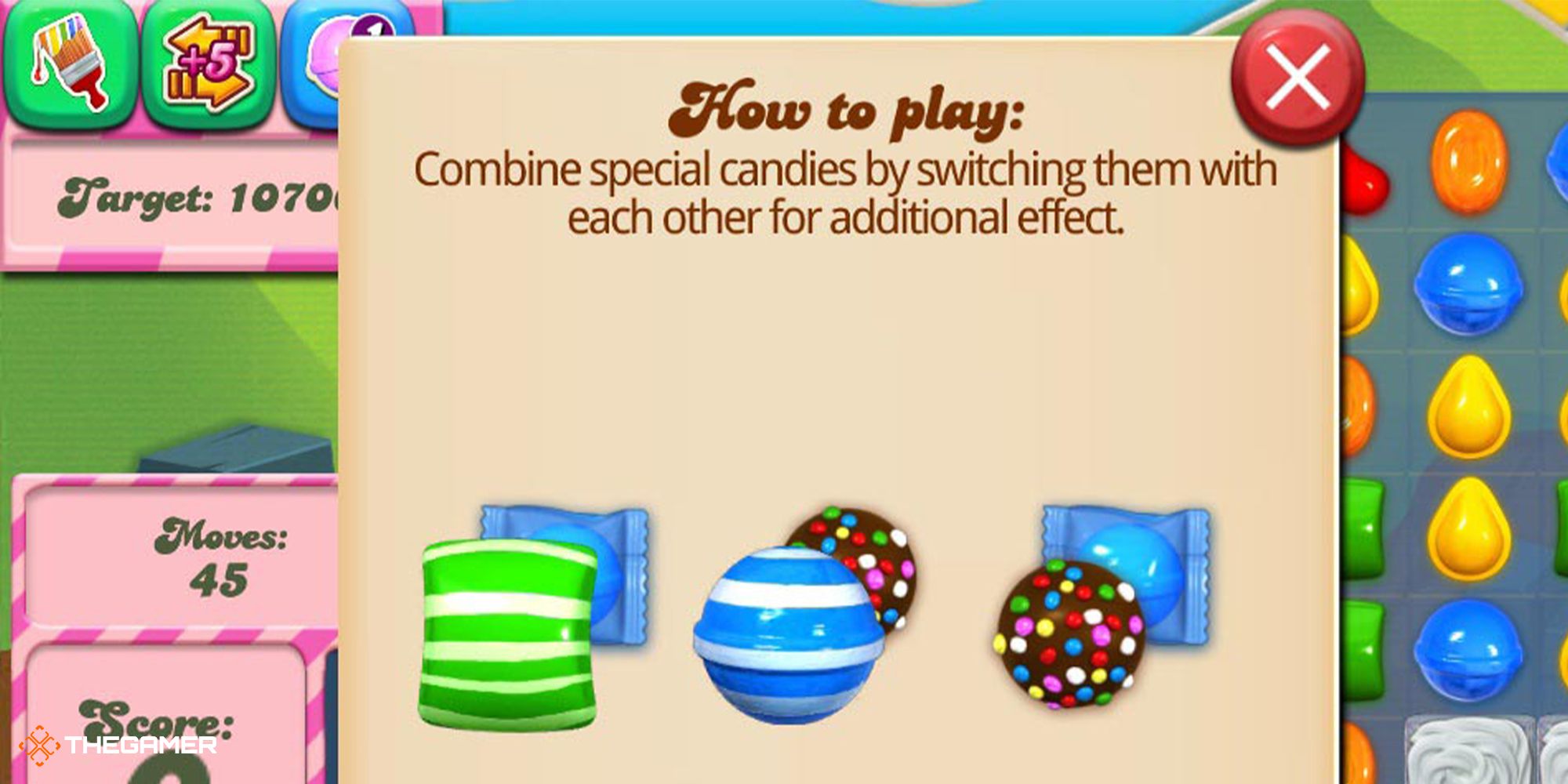 When first playing Candy Crush, your instinct may be to use the free boosters you are given immediately, but do not do this. Try to save them for the later levels when you will truly need the help. The same goes for the special candies you get in one individual level.

Especially when going from level 70 and onward – that is when things get…difficult, to say the least. And it only gets more and more difficult as time goes on, which I'm sure you can imagine. So, save them for as long as you possibly can!

4 Clear Jellies On The Edge 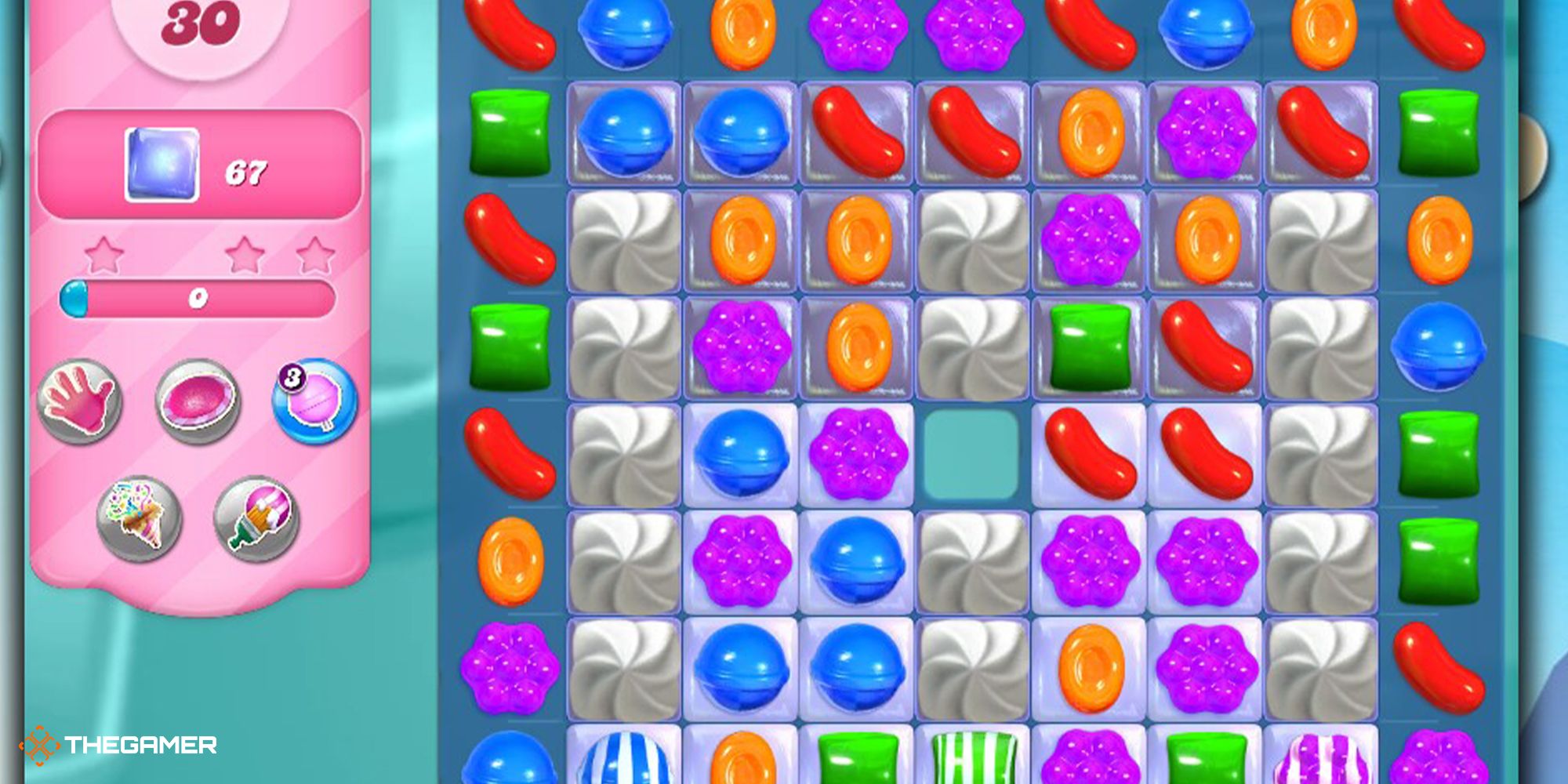 Always take a minute between your moves to see if you can get rid of these outer jellies, especially the corners or bottom ones, before going onto an easier target. It may seem impossible to do at first, but if you complete that task first, it will make the rest of the level smooth sailing. 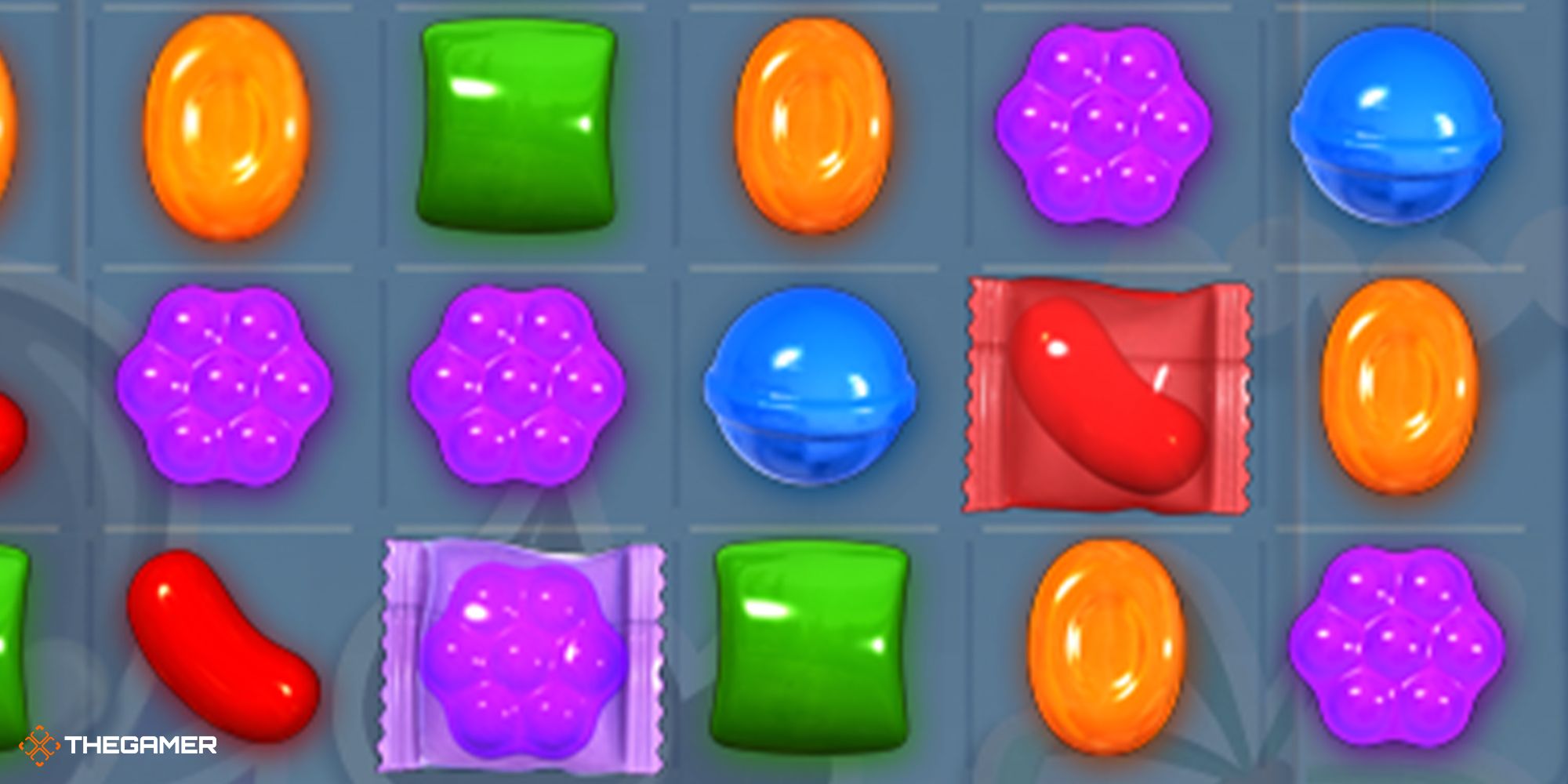 Certain levels require you to collect a particular number of points, so when you are playing one of these levels, be sure to make as many wrapped candies as you possibly can. This will not only be useful to you because you can clear more Blockers and unwanted candies but you will also get a lot more points.

So basically, it is extremely helpful to use these wrapped candies you have accumulated to your benefit, and sometimes, it is even the only way to succeed. 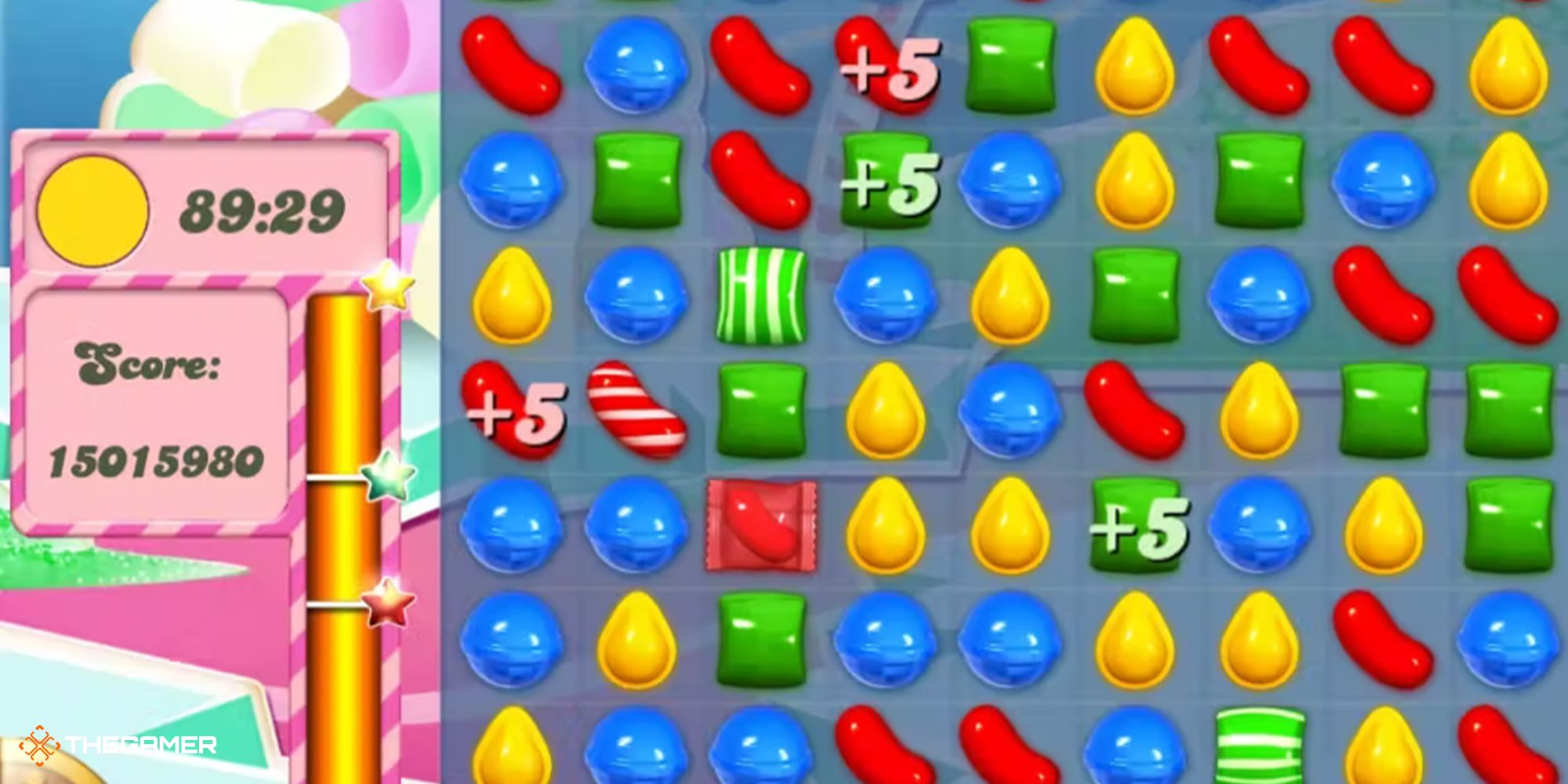 Whenever you are beginning a new level, be sure to look at the board and try to figure out the most difficult elements on that level. Then you can attack those elements first and foremost, rather than just going for it without a plan ahead of time. That will just cause you to lose lives rather quickly and give you fewer chances to beat the level. Also, make sure to pause between moves to properly assess where you can make combos. Beginners rush into the level without really considering all of their options.

1 They May Be Messing With Your Mind 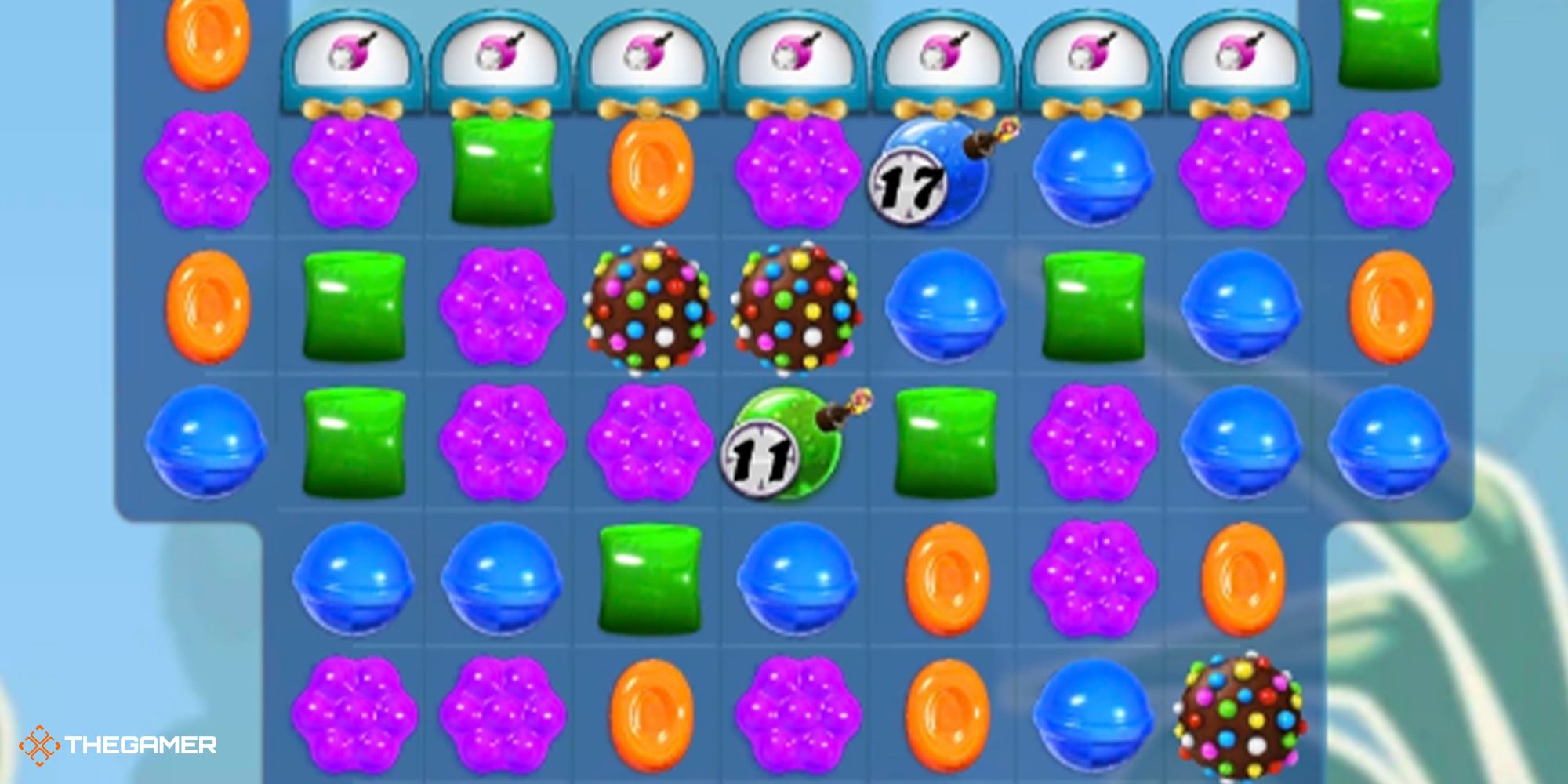 It is true that our beloved Candy Crush game may actually be messing with our minds. This is evidenced by the fact that we become extremely nervous when a time bomb is involved. But don’t immediately fret, because they are not always out to get you.

An example is if you get a 14-move bomb and you only have 11 moves left, then clearly you won’t need to worry about the bomb since the game will be over before it detonates. Just remember, Candy Crush may be fun, but it is not always on your side.