Chained Echoes takes what you know about the different archetypes of JRPGs and does some very interesting things with them. You have your standard jobs, such as thief, bard, and archer, but then you have others like a lizard demihuman with arms and legs that are controlled by magic.

This list looks at both the moves and abilities of each character, but also how they impact the party dynamics and the overall likability of each one. All these are combined to make the list of best characters in Chained Echoes. 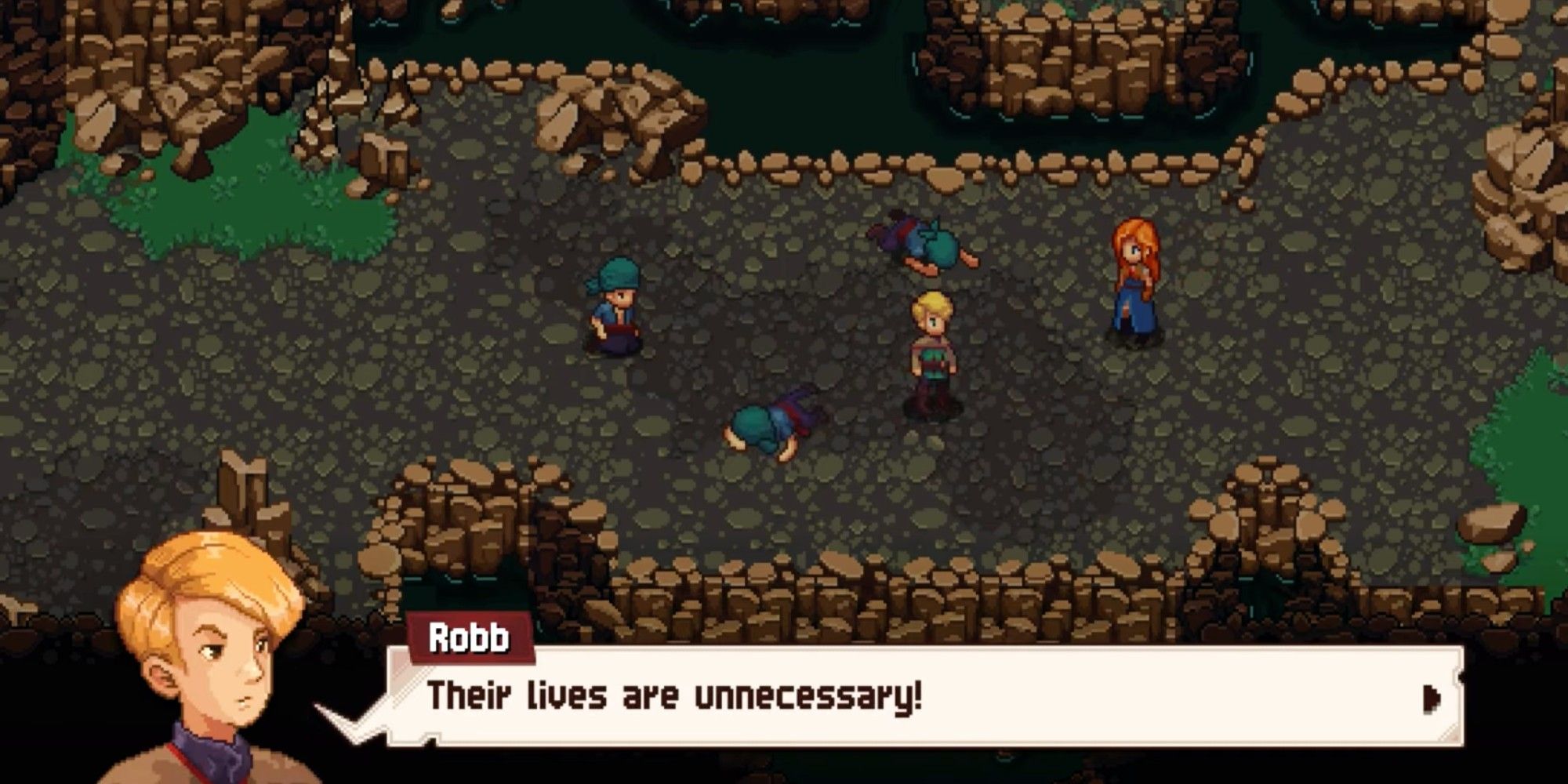 For all his usefulness at the beginning of the game, Robb's almost completely canceled the minute he opens his mouth to speak, since his personality will really rub you the wrong way. He is cruel, cold, and belittling and while Robb does have a redemption arc, it’s small compared to the other prominent characters.

As an archer, he begins with a nice poison/pandemic combo that can help keep the passive damage coming while taking care of enemies, and when he discovers paralyze, its utilization can’t be beaten. However, you do have to listen to him. 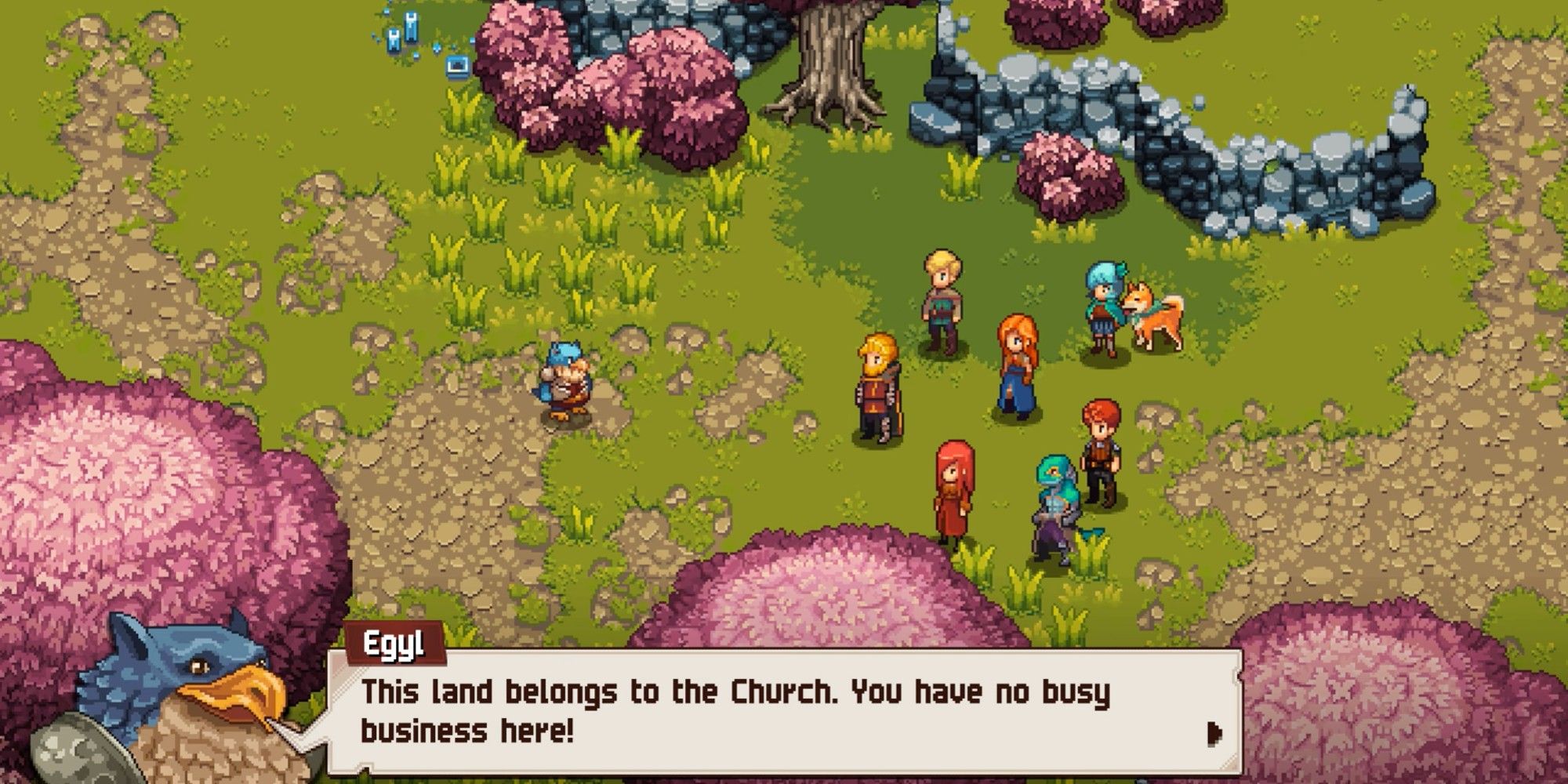 From the distant land of Shambala, Egyl was sent to the continent Eldrea, to scope out the scene and report back his findings. It’s a little shady, but understandable when you consider how long the continent has been at war. He is a noble knight through and through, from his demeanor to his move set. Egyl will sacrifice body and soul to protect whoever is under his charge.

Though a lot of his moves are useful and can get you through some rough battles, the reason why Egyl is so low on the list is due to when in the story you get him. By the time he’s added as a permanent party member, you have fine-tuned established tanks in your party, such as Kylian, and to a lesser extent, Glenn. 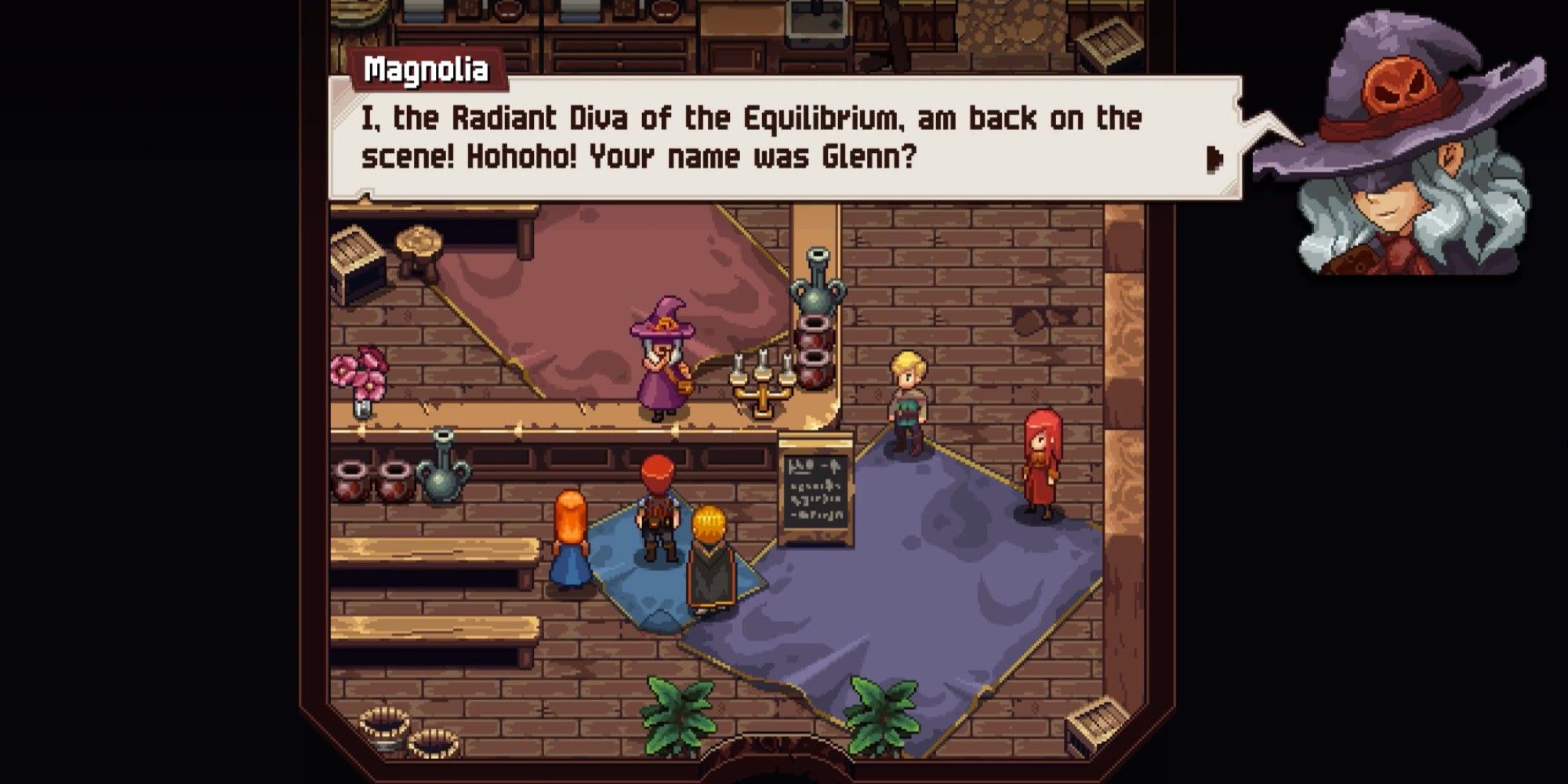 Magnolia is… unique. You’re first introduced to her after responding to a gig on the jobs board looking for someone who can see a white door inside their mind. Upon meeting her, you are immediately taken into a backroom and dropped into the mind of a man in a coma, tasked with bringing him out of it. It's a heck of a way to introduce yourself, right?

Skilled with magic, Magnolia’s elements deal with both light and dark, essential when you get to later chapters. She does good damage, and her abilities let her apply one random buff to the party, but overall the amount of RNG that goes into her skills places her lower than those with more consistency. 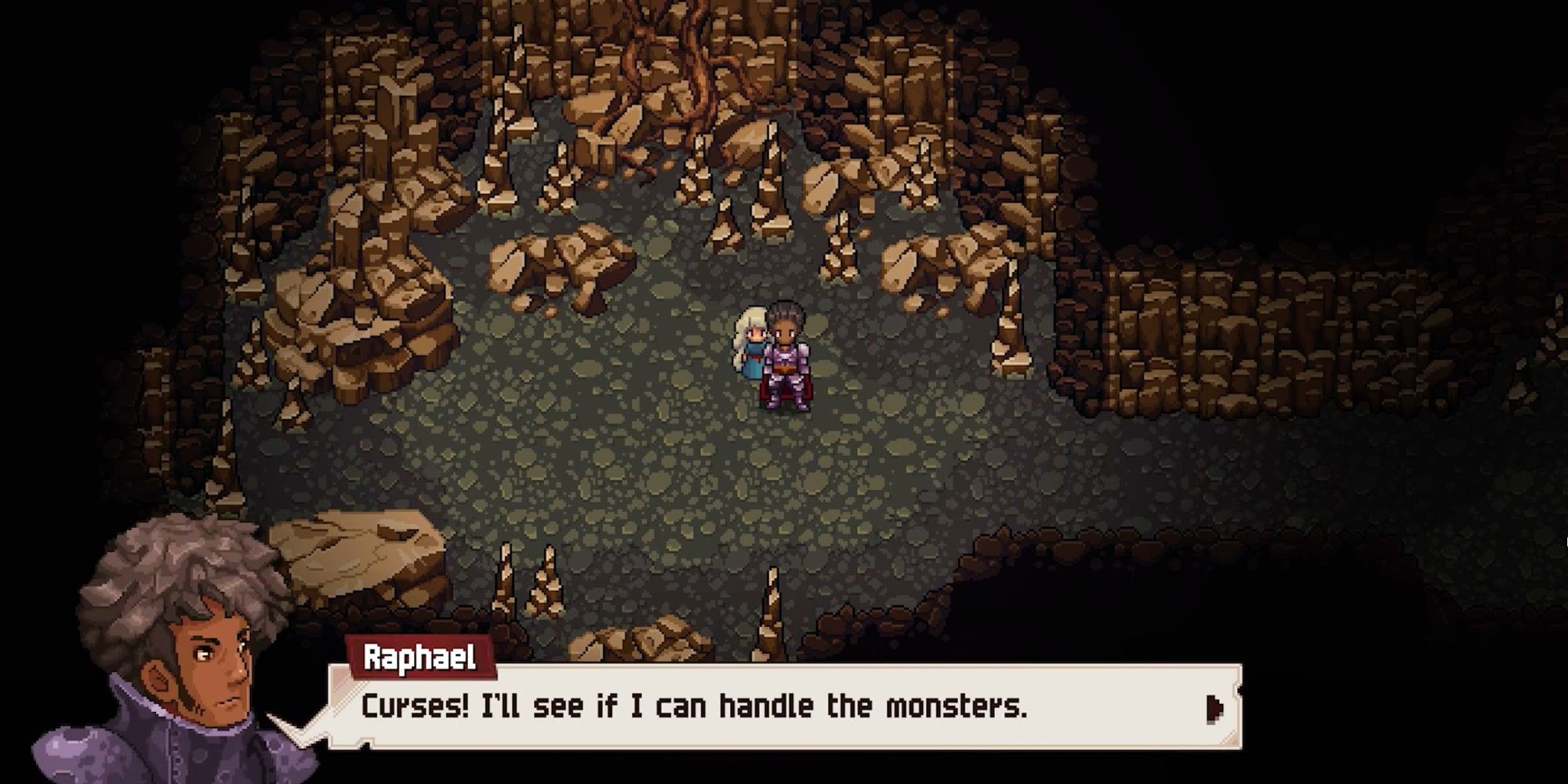 A man who has had his whole faith shaken and destroyed, Raphael was broken. Luckily, he runs into a little girl and helps defend her against vampires and the woods which restores his spirit. He joins the party as another tank, though he does hit a little harder.

The thing is, the party is fairly saturated with tanks, and considering you get him very late in the game, he would have to play some extreme catch-up to be on the same level as others. Still, his TP regenerative skill does make him stand out, so you may want to give him a chance. 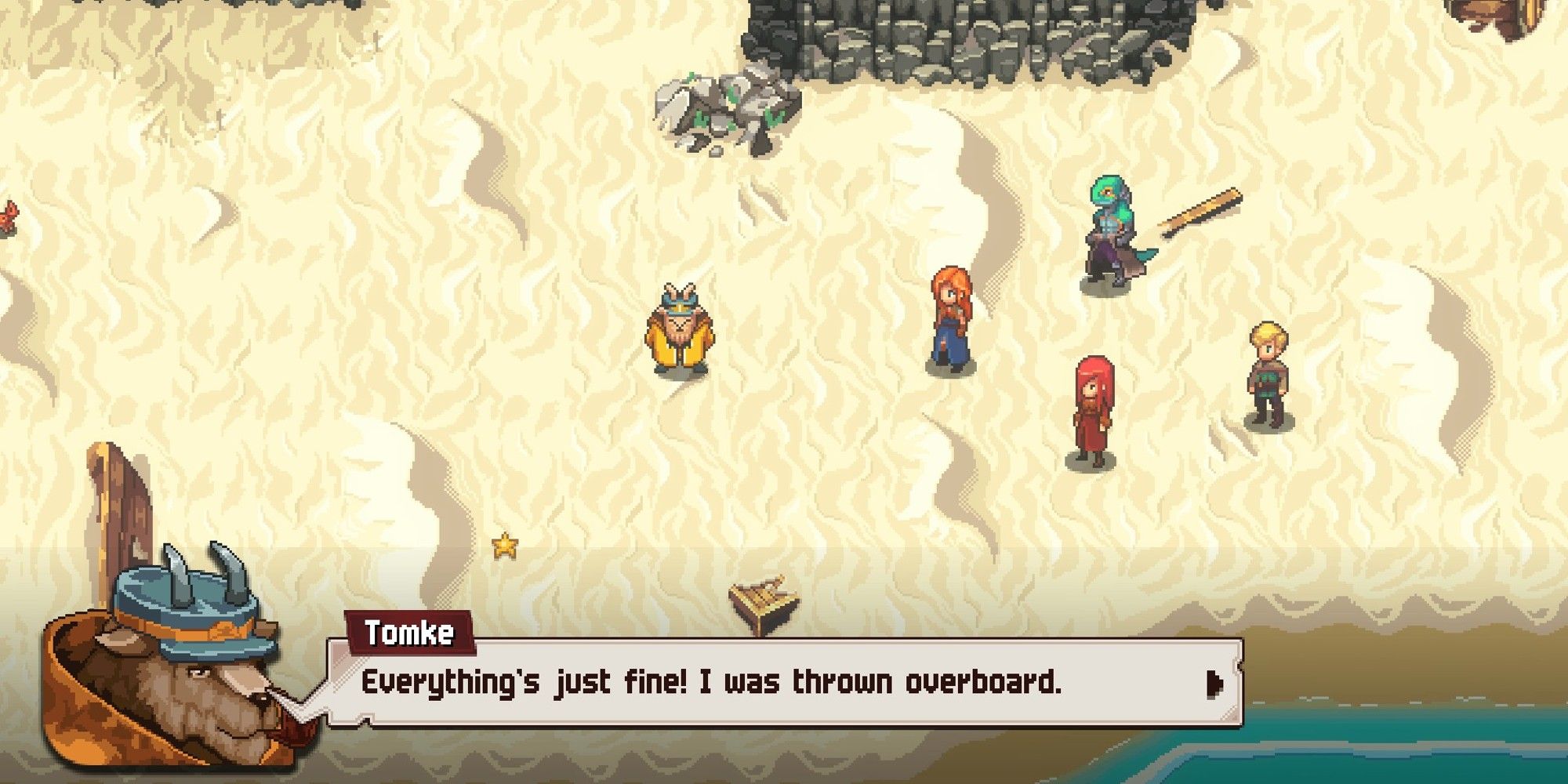 If you’ve played any Final Fantasy or similar games in the past, then you’ve run into a blue mage at some point. Tomke here fills that role, but instead of learning moves based on what attacks hit him, he learns them by turning enemies into canned goods to eat for later. Yes, he uses preservatives to learn his moves.

Each time you find and can an enemy, Tomke both recalls his lost memories, making another character available, and gains powerful abilities, such as Spinach Power, which grants both physical and magical attack shields for all active party members. 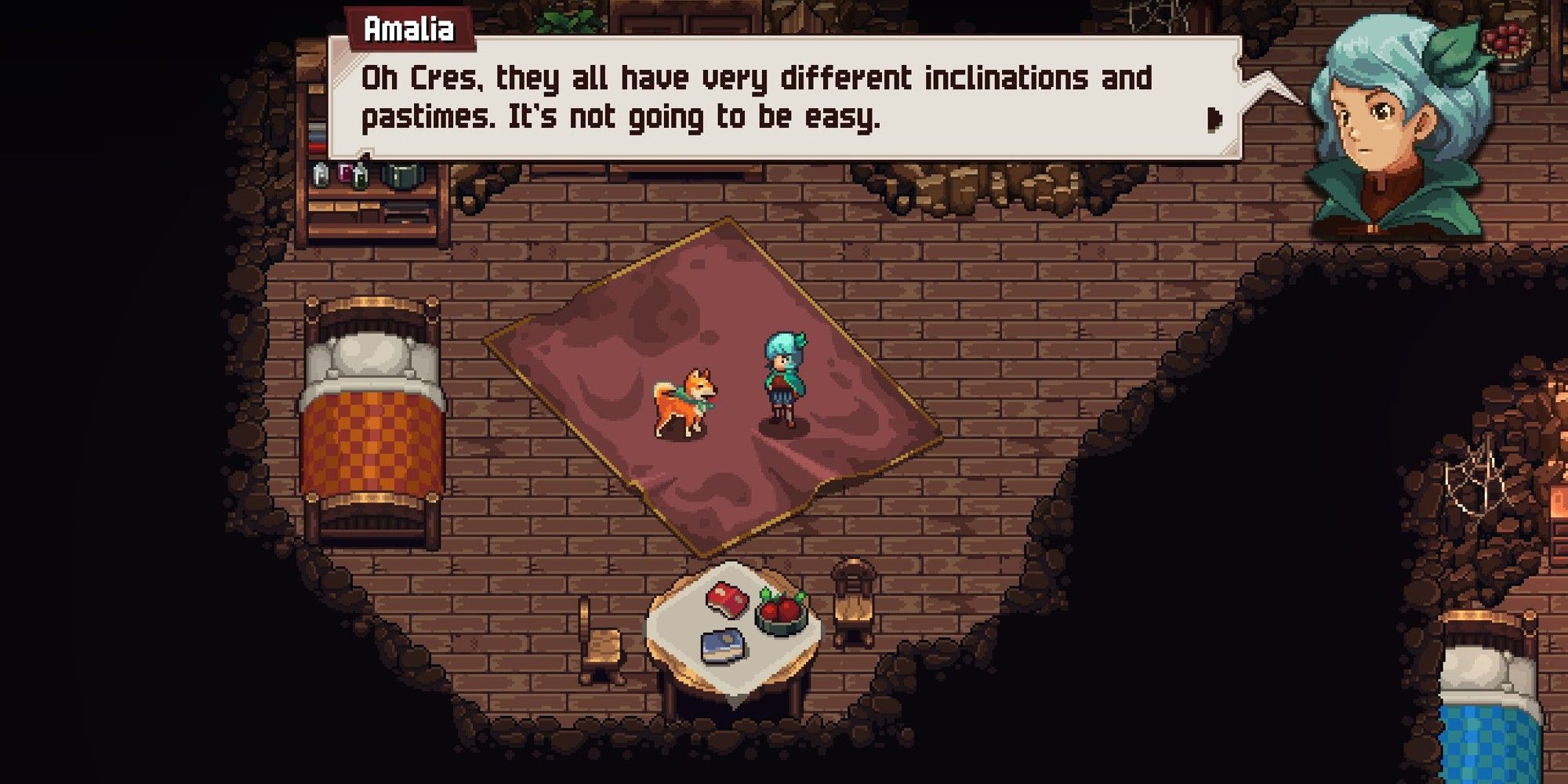 While playing the game, you may notice, none of your party are dedicated healers. Sure, you’ve got an ally or two that has healing spells to get you through in a pinch, and you gain access to more once you unlock the cleric emblem, but you can still feel the lack of a dedicated healer.

Enter Amalia, a gun-wielding princess, and leader of a revolution. You initially rescue her from an enemy base, and that could give you the misconception that she is weak and needs to be saved, but never underestimate her. 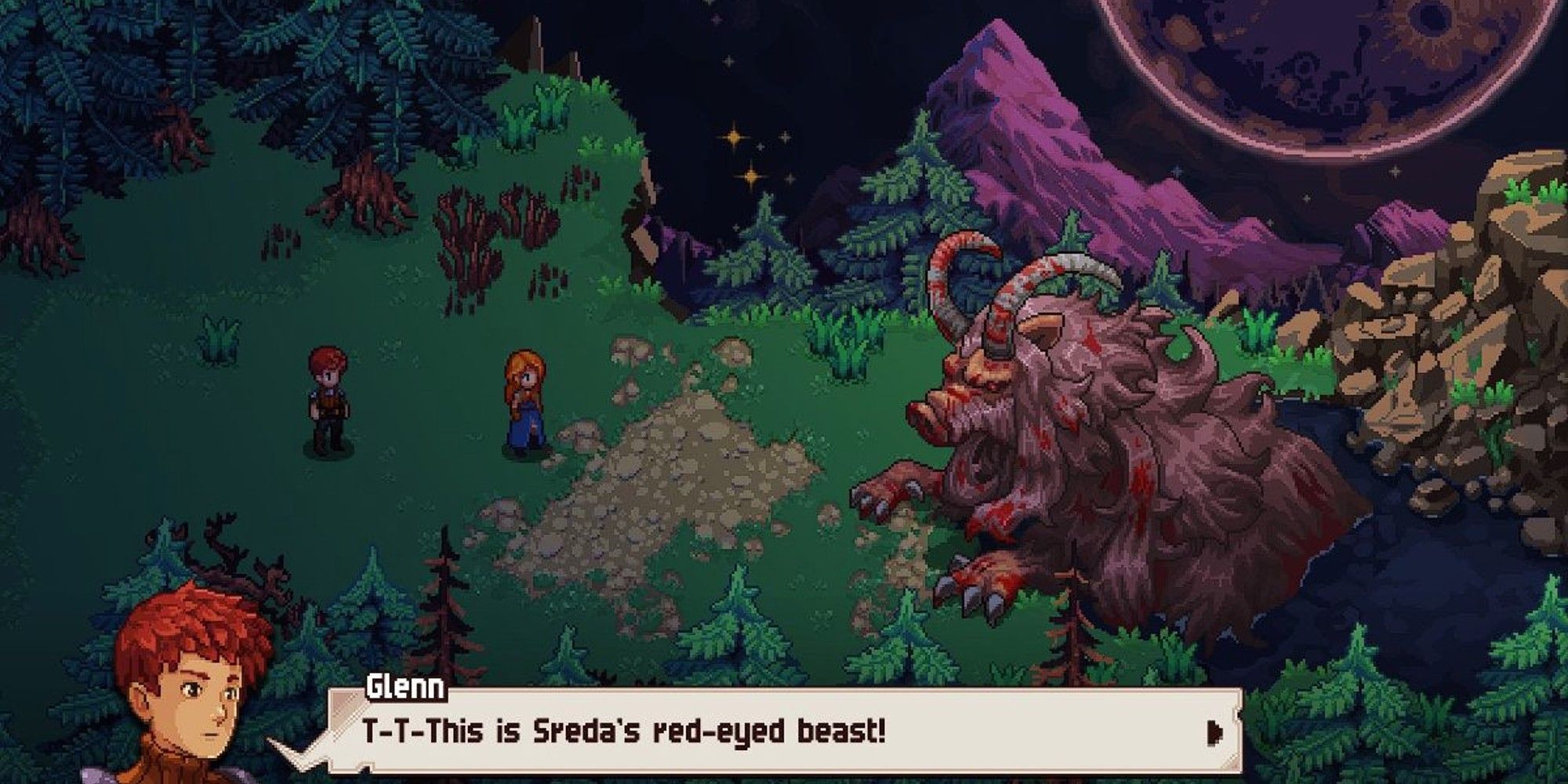 Glenn is the protagonist of the game. While he starts as the typical naive young man trope, he’s most likely the most fleshed-out character overall.

When it comes to skill, Glenn is supposed to be your fast DPS but becomes a little overshadowed by other supporting characters. He is good at debuffing the stats of enemies and becomes sublime once he unlocks the All Break ability which reduces all the enemies' stats or a turn, and only gets stronger as you level it up. He works as a saboteur in that way, and when partnered with Lenne, he can prep the enemy for Lenne’s elemental attack. 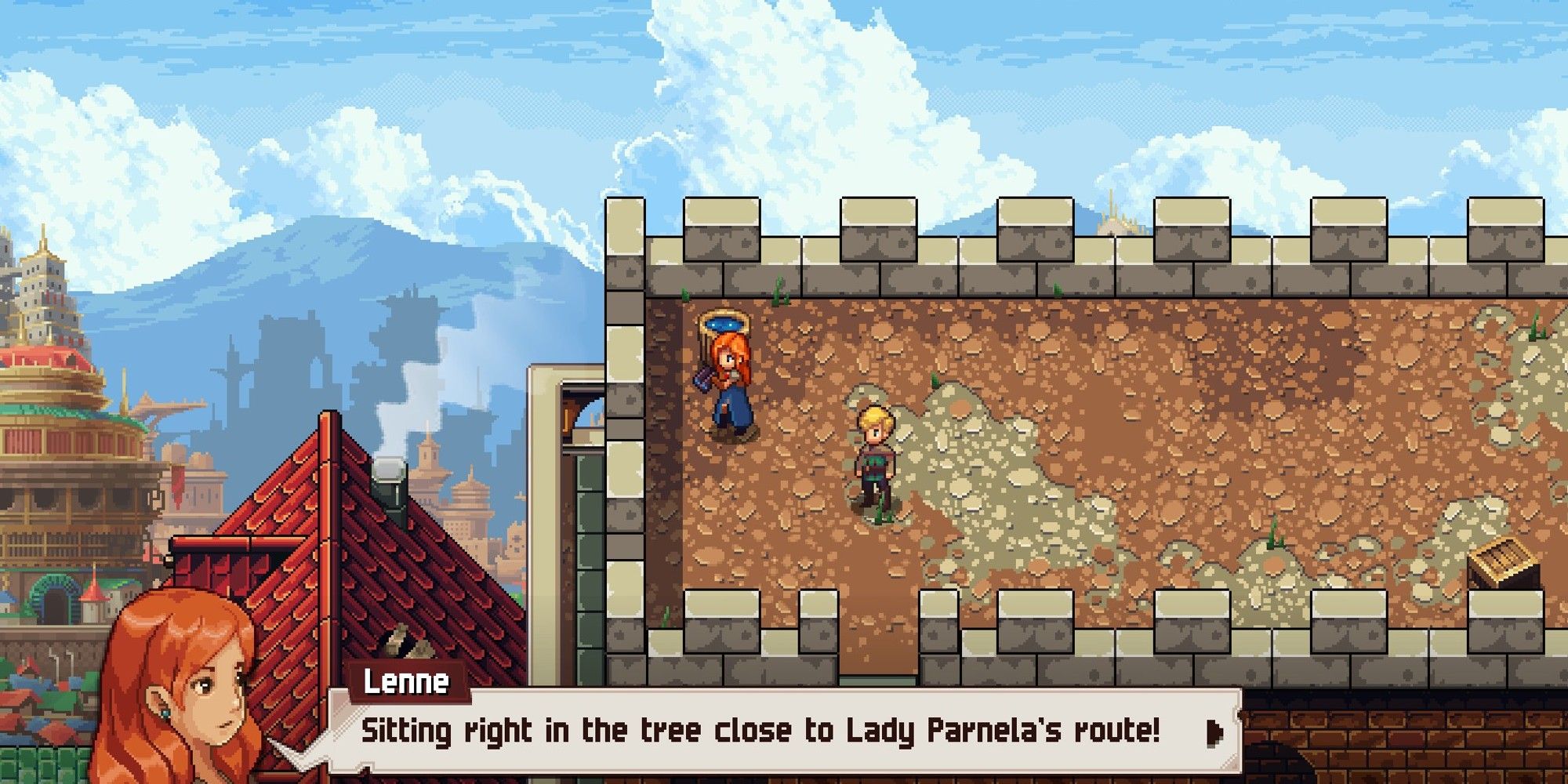 When you meet Lenne, she is keeping her princess identity a secret, and is not that strong. You’ll be tempted to put her in the back lines and only use her elemental attacks, but it would be a mistake to underestimate her. She holds the most amount of elemental attacks out of your entire squad and can be built as a power hitter that specifically targets enemies’ weaknesses.

Her Ultra Move summons a giant non-elemental spear which does damage across the board. Its usefulness can feel limited compared to some of the other ultra moves that other party members have, but if you want to deal an absurd amount of damage in one go, Lenne isn’t a bad choice to go with. 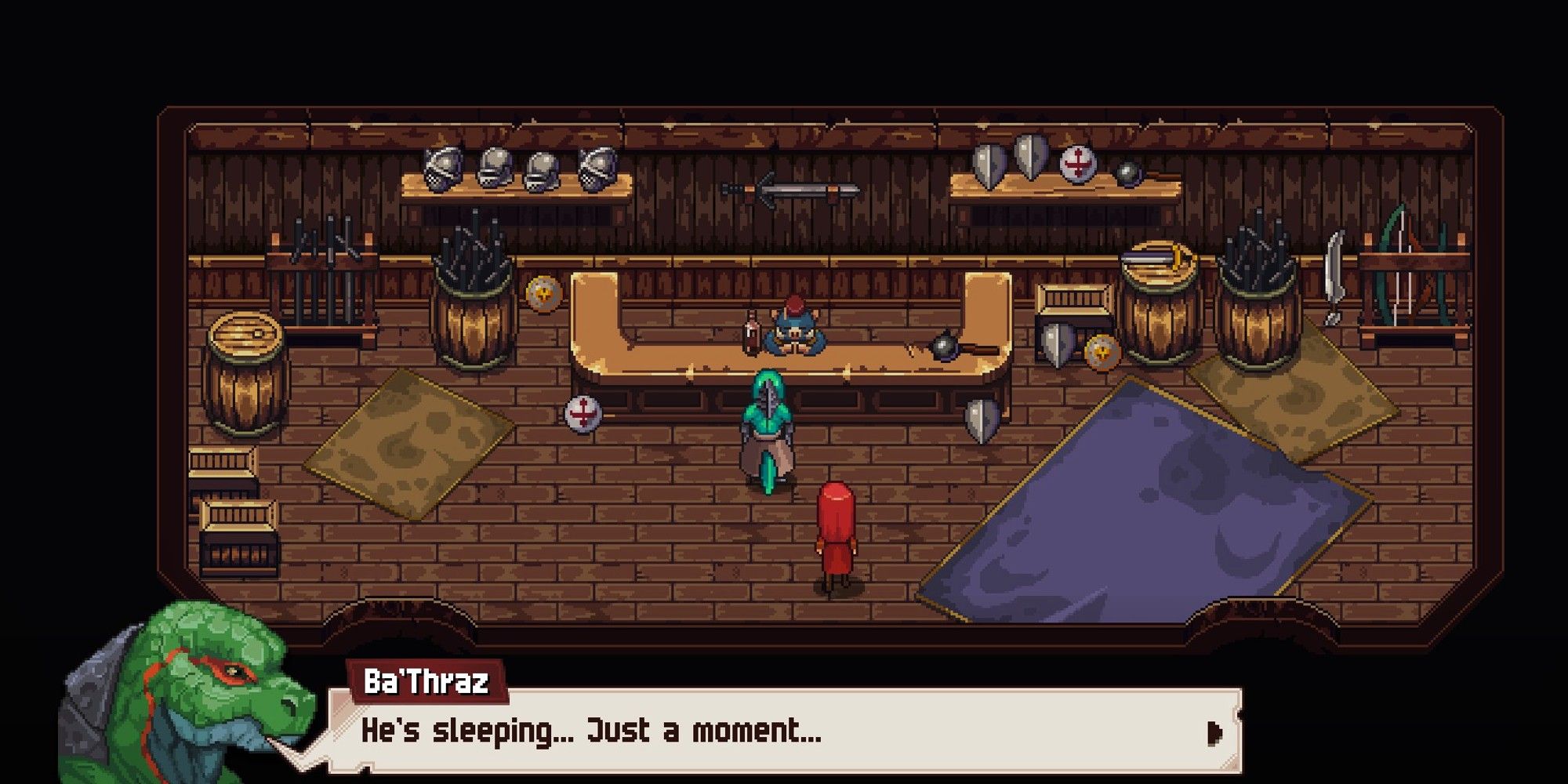 When first meeting Ba’Thraz, you get a sense that there is more to this mercenary than meets the eye, with the biggest indicator of this being that they refer to themselves as we and us. They are also an honorable merc too, turning down a better payout for the sake of their reputation.

Their skill set as a magic caster is a little bit of a learning curve. Every time you use an attack that isn’t Summon Weapon, it summons a weapon that Ba’Thraz is saving up for. Once you hit three stacks (five total in late game), then you can unleash the raw power of your magic weapons on the entire enemy party, much of the time, ending the fight. Once you master his summoning weapon moves, you’ll be golden. 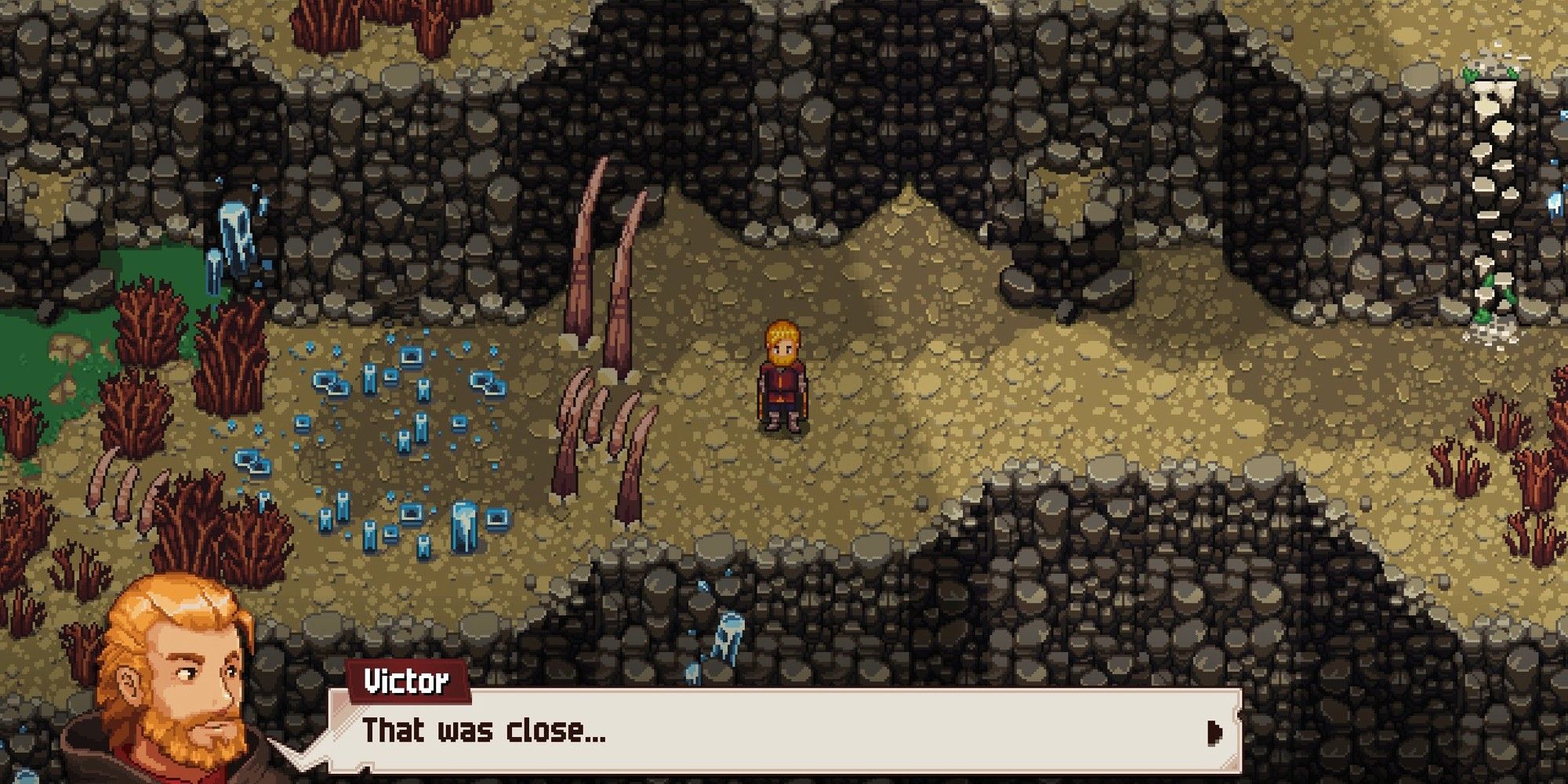 The bard who learned how to infuse magic into his music, Victor is a valuable addition to your team. While he can technically attack with his rapier, it would be a waste, as Victor is a magic support powerhouse that can help with all of your HP and TP needs, as well as provide some damage mitigation.

He is your healer before you get a healer, and he does a damn fine job of it until Amelia shows up to take over. That doesn’t mean he is rendered useless, far from it. His support remains to be as critical as before. 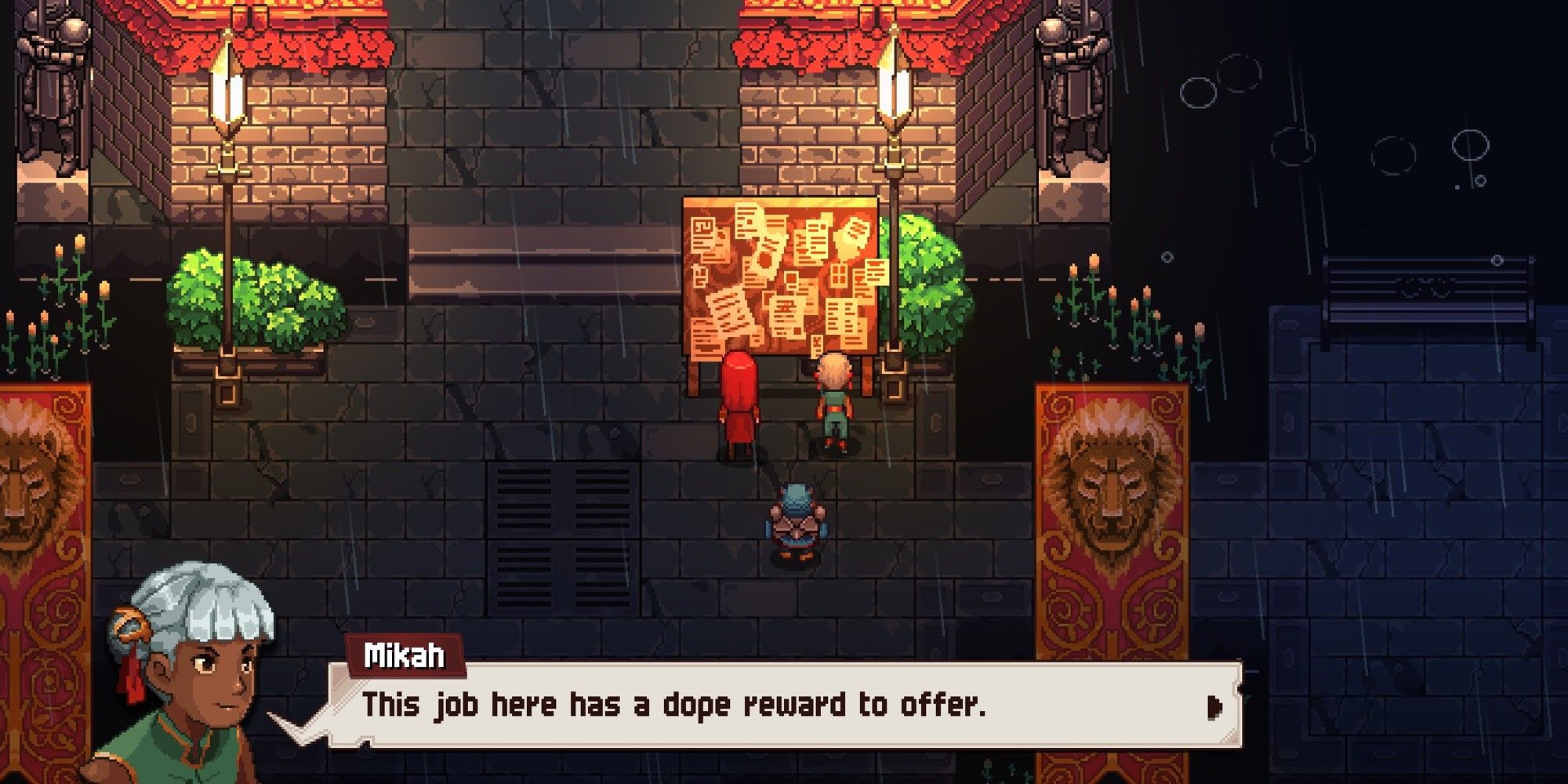 Honestly, acquiring Mikah is the biggest contribution Tomke makes in the game, and what an addition indeed. In terms of strength, Mikah comes second only to Sienna, and that’s mostly due to Sienna’s agility build. On raw power alone, she is stronger than Sienna.

She is unique, even among this cast of characters. In combat, her turns work as a combo, with each move making the next one more powerful than the last. She even has two sets of moves for this, one for a single target, and one for AOE damage. 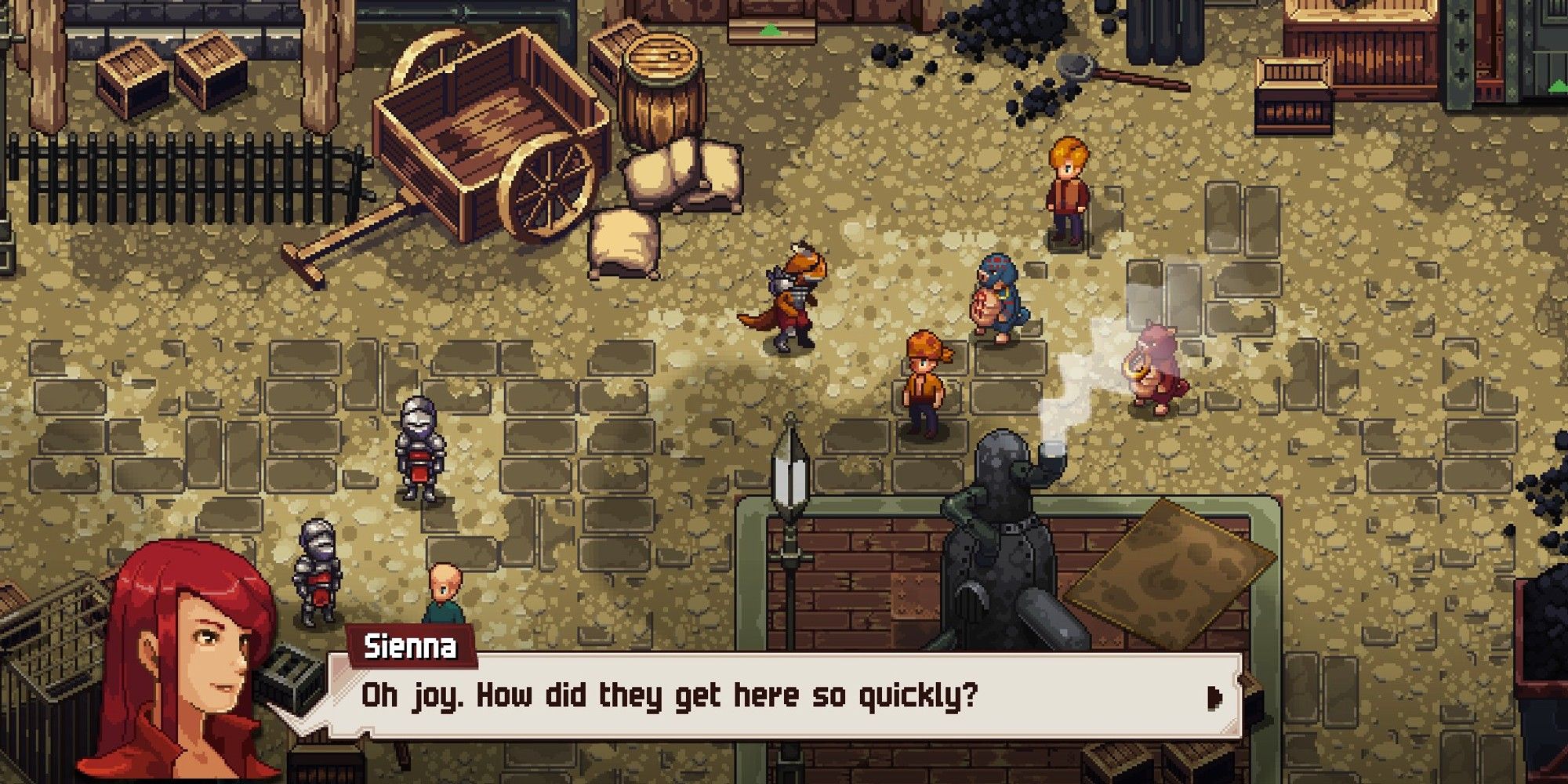 Sienna is the baddest assassin out here. Powerful attacks right out of the gate, a world-class BS detector and a nose for profit, the sticky-handed boss first comes along only for the coin, but that morphs into her deciding on doing the right thing, depending on your choices.

Her move set is highly in favor of agility. Once you get her maxed out and able to apply her crit biff, she turns into an unstoppable force of nature that few enemies can handle. You can boost her agility so high, that she can move twice in a turn before anyone else in your party. Give her the respect she deserves.