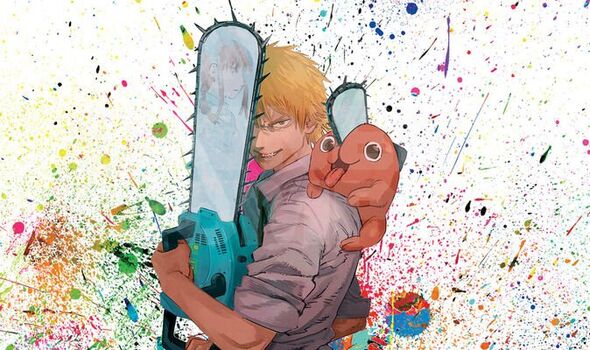 Chainsaw Man fans have a big date to mark down in their diaries with news on the anime potentially being revealed next week. It’s hoped the release date for the Chainsaw Man anime as well as a new trailer for the adaptation of Tatsuki Fujimoto’s hit manga could get unveiled next week. That’s because Crunchyroll – who are confirmed as broadcasting the anime at some point in 2022 – have a major Chainsaw Man event pencilled in for the start of July.

On Monday July 4 the hugely popular anime streaming service will be hosting a Chainsaw Man panel at the Anime Expo in Los Angeles.

The big anime convention is kicking off on Friday with the Chainsaw Man panel taking place on the final day of the event.

Which could be a sign that Crunchyroll has some big Chainsaw Man news to share to close out the high-profile expo.

Crunchyroll has confirmed that that the production team from MAPPA will be there to talk about the highly anticipated new show.

Speaking earlier this month, Crunchyroll’s Kyle Cardine on Twitter posted: “Chainsaw Man fans! For the upcoming Chainsaw Man panel at Anime Expo, we’re gathering questions from YOU to ask the MAPPA production team about the upcoming anime! Use the hashtag #ChainsawManAX to submit your questions. See you on July 4 @ 11:30am PT in the Main Events Hall!”

It’s been a year since the last new Chainsaw Man trailer was released, so if more footage of the eye-catching adaptation gets released at the Anime Expo it will surely send those in attendance wild.

The Chainsaw Man anime is confirmed as airing at some point in 2022, and since we’re already in the second half of the year it wouldn’t be a surprise for some news on the adaptation to drop during the Anime Expo 2022.

Anticipation is sky high for the Chainsaw Man adaptation, given how popular the manga is and considering what the studio behind the adaptation – MAPPA – has produced in the past.

MAPPA are the makers of the wildly popular Jujutsu Kaisen anime and the final season of Attack on Titan.

Next month also has plenty of other things for fans of Chainsaw Man to be excited about.

In July a one shot from Fujimoto-san will get published as will the long-awaited Part 2 of the Chainsaw Man manga.

Chainsaw Man Part 2 will be coming to the Shonen Jump Plus app on July 13.