Tabletop roleplaying game publishing company Conflict Games has a Kickstarter project currently in play to fund its Monster Description Cards gaming accessory. The cards are designed for Game Masters, storytellers, and writers by a team of the same, and are the tools you need to add immersive realism and memorable action to the creatures in your gaming campaigns.

The Monster Description Cards project launched on December 7 with a $10,000 goal. It funded in just a little under 24 hours, and as of this writing is decked out at almost $72,000, with another 15 days remaining. This is the studio’s fifth Kickstarter adventure, with Combat Description Cards, Magic Description Cards, and tarot-sized card Deck Boxes all having also been successfully funded.

The majority of tabletop roleplaying game products that deal with creatures are by large focused on beautiful artwork, with short text descriptions and stats blocks seemingly added out of habit and expectation. With the Monster Description Cards, the focus isn’t on how creatures look, but on how creatures act and react during combat. Creature art is kept to a minimum, with card space instead emphasizing highly detailed and expertly narrated creature actions. 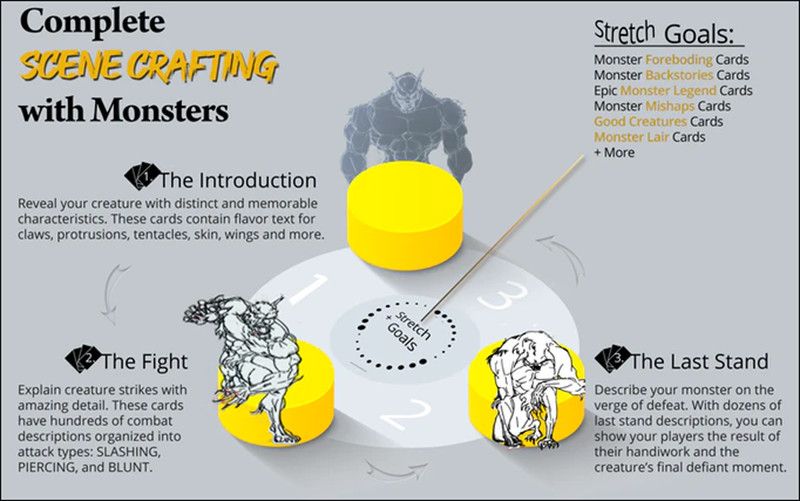 Not every Game Master has the eloquence of a skilled and talented orator, but there are perhaps many who would love to be that for their players, especially during combat encounters. As the Kickstarter notes state, “Monster Description Cards will guide you while you detail these moments, providing keywords and examples for horns that PIERCE, claws that SLASH, tails that BLUDGEON, and more.” 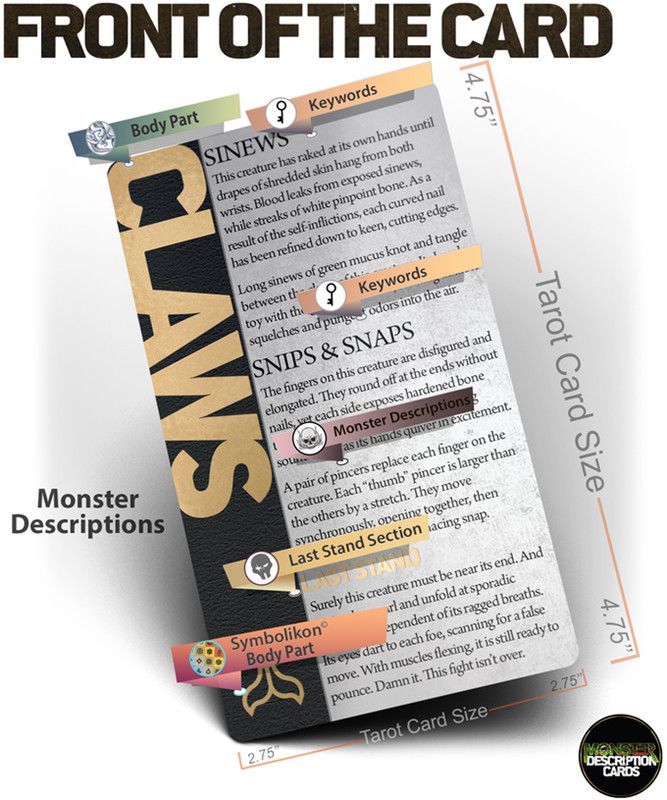 The project page is a lengthy one, with both well-written text and large pics showcasing the cards in detail. Eleven reward tiers are available, ranging from $1 to $249, with rewards that include a deck or decks of the cards in both physical and digital formats, the Monster Description Cards phone app (iOS and Android), and products from Conflict Games’ previous Kickstarters. There’s also a neat sponsorship reward, where you can have your personal name, your social media profile handle, your character’s name, or your business’ name or website printed on one or more of the cards.

If you’re looking for a handy way to level up your tabletop roleplaying game combat encounters, check out this project in full. Find out more info on Conflict Games and its other products from the company’s website.