So you still play Counter-Strike: Global Offensive, and try to achieve the higher ranks, because CS:GO rewards skill and hard work. In fact, many keep at it and it's a testament to the decade-old game that it still has a sizable number of players while also being an active component of esports. But an old game needs an injection of freshness every now and again, and CS:GO supports a dynamic mod and content scene of its own.

The latest to offer something that could bring some freshness to the game is via a new, randomised game mode (thanks PCGamesN). The game mode is available for free via Steam and makes some critical changes to Valve's multiplayer shooter.

Random Head Hitbox sees players trying to inflict damage on a specific area. So you have to aim for the head as hitting players in the head is the only way to score damage, but that's not all. Each round the position of the head hitbox will change. This means the head hitbox might actually be a thigh, a foot, a bicept, or even the groin. And unless you hit this unknown hit detector your bullets won't count. 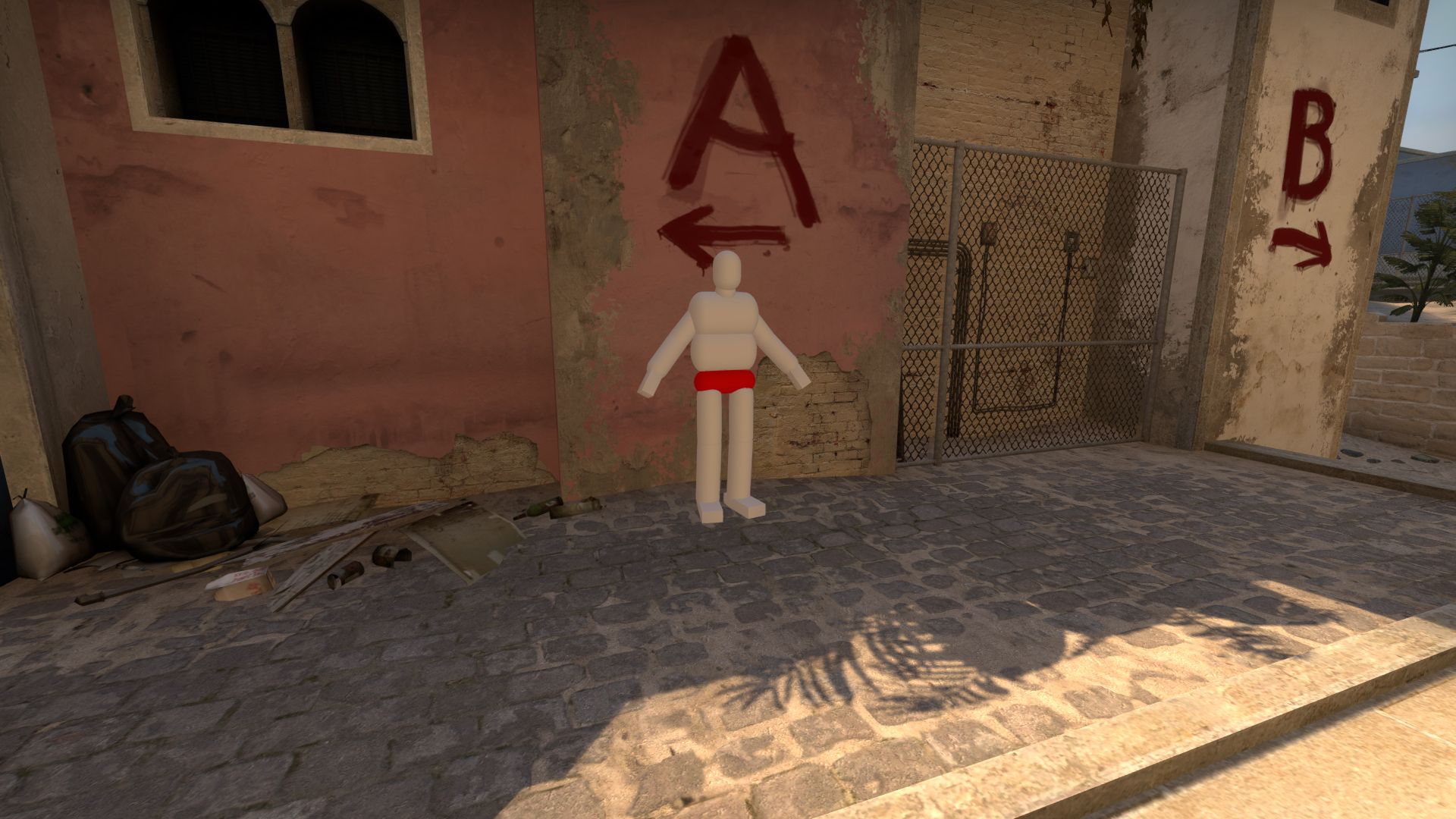 Since CS:GO has a combined playtime of around 50,000 years (yep, really) this new game mode could certainly liven things up again, especially in the face of stiff competition from other, newer online shooters such as PUBG, Overwatch, and Apex Legends. But the old dog still has life in it yet.

So far Random Head Hitbox has proven a hit, with a rating of four stars, at the time of writing, from 109 ratings. Some commentors think the official game should "adopt this mode" while another called it a "piece of art". However, one commentor did flag a potential problem. "Actually connected on the server above, it doesn't work," they wrote. "The hitbox was at the lower legs – I shot 100 times on them – couldn't kill anyone / damage anyone". But hopefully, any glitches will have been sorted out.