Being a cult leader Cult Of The Lamb is no easy feat. You have to indoctrinate followers, provide the bare essentials at camp, make sure they are constantly happy, and most importantly – ensure they are loyal. It’s not all spouses and ritual sacrifice, and sometimes, you have to put yourself out there and take matters into your own hands.

After all, your patron is quite possibly Satan, and disappointing him is not exactly wise. When you are not culting, you are crusading, and the main focus of your crusades is to murder the four Bishops, and of course, their underlings. Darkwood is your first conquerable domain, and Amdusias, Valefar, and Barbatos are all blocking your progress. 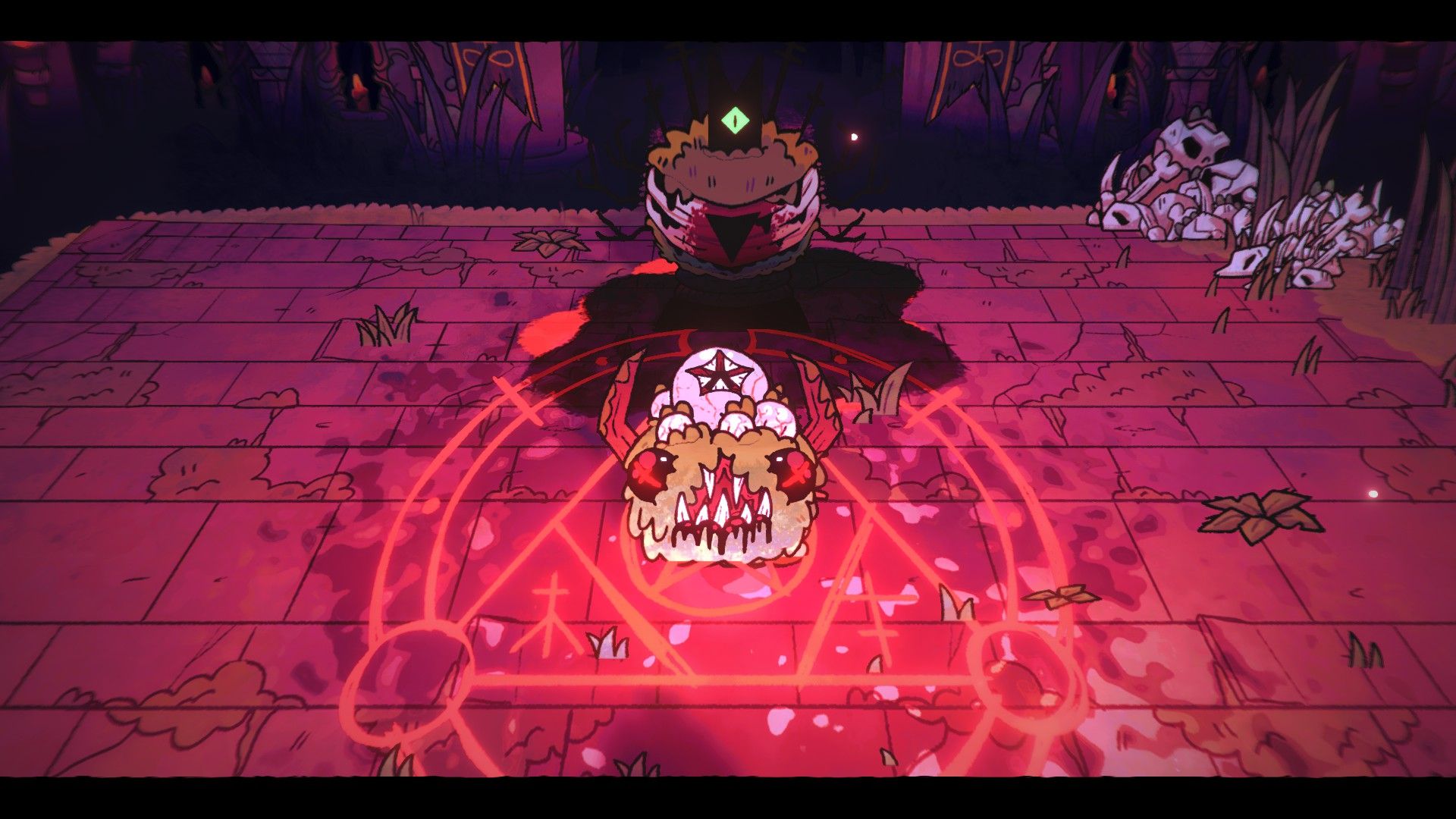 Amdusias is the first boss you will fight in Darkwood, and they are by far the easiest. With a low health pool and a basic attack pattern, they aren’t difficult to figure out even on your first encounter.

To defeat Amdusias, all you have to do is attack when they are vulnerable and avoid their easily dodgeable attacks with a roll. Amdusias is vulnerable whenever they are not charging, so you can be very aggressive in this fight. Their pattern is so readable that you might even defeat them and not take any damage in return. Do remember to take out their minions, however. 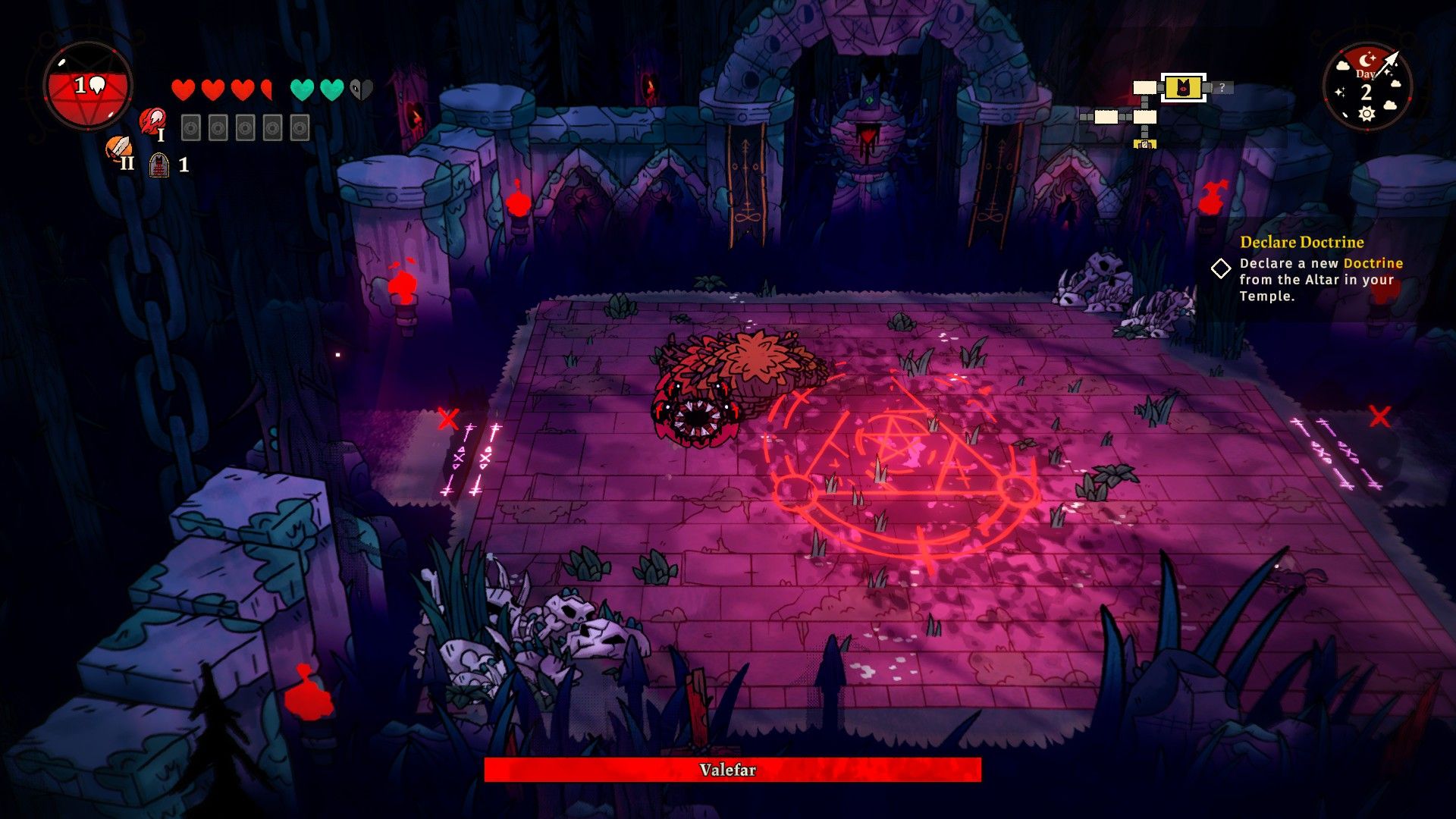 Valefar is a noticeable step up from Amdusias. Where Amdusias is quite the pushover, Valefar is more than happy to slap you around if you aren’t prepared for their nonsense. Still, Valefar is a low-level boss and they don’t have the health pool to survive a concentrated beating.

Valefar has a set pattern. They will always alternate between jumping and attacking, and his attacks will also alternate. So expect something like this:

You want to attack Valefar between his attacks and jumps. Rush up to Valefar after they Jump, and attack. Once they start gearing up for an attack, move back. If it is Ring Of Fire, immediately roll through the attack and start attacking. If it is Fireball Spray, run around Valefar and attack every few steps to ensure you stay ahead of their tracking.

One thing to note, however, is that Valefar increases in speed the more damaged they get. The strategy remains the same, you just need to react faster. Consider dropping the running attacks during Fireball Spray if you are getting hit. You can land a few hits after the attack stops instead.

How To Defeat Barbatos 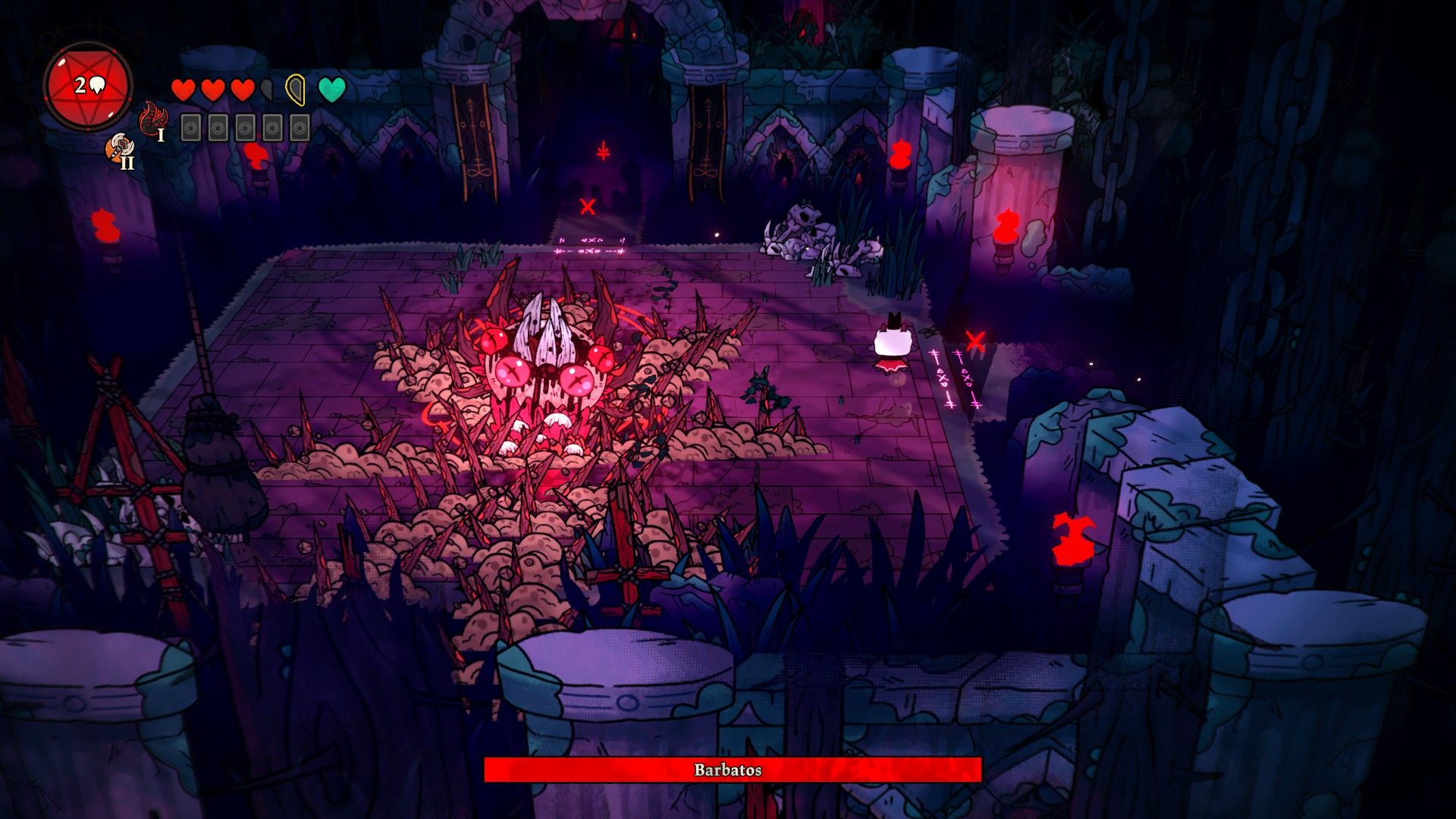 Barbatos is the final non-Bishop boss of Darkwood and is about as challenging as Valefar. Barbatos is essentially a giant worm who loves to belch out poison and cause earthen spikes to erupt from the ground.

Similar to Valefar, Barbatos tends to bury between their attacks. Thankfully, they are vulnerable once they re-emerge, letting you land some cheeky blows. From here, you need to watch his pustules. If they glow green, you are very likely to be safe as his Orb Spray doesn’t often land near him.

However, if Barbatos starts an attack and his pustules remain white, you need to back off immediately. Once the spikes vanish, you can roll back in for a few hits before they bury away again. Just be careful as Barbatos could bury straight through you, dealing damage from his spike trail. When in doubt, play it safe.