It sure took a while, but we finally have Cuphead's cleverly named DLC, The Delicious Last Course. With it comes a variety of unbelievably difficult boss fights against cartoon villains. One of the first ones you can run into is a mountain of a monster named Glumstone The Giant who's accompanied by an army of annoying gnomes who seem hellbent on throwing all kinds of projectiles at your poor cup-shaped head.

You're likely going to end up screaming at your TV after multiple failed attempts against this behemoth. That's why we're going to help you tame this giant and score the scrumptious Gnome Berries that he protects.

As with most Cuphead bosses, Glumstone has multiple phases that he'll go through as you wallop him with projectiles. In this case, there are three agonizing phases for you to go through, with the last one taking you to an entirely different – and disgusting – location. 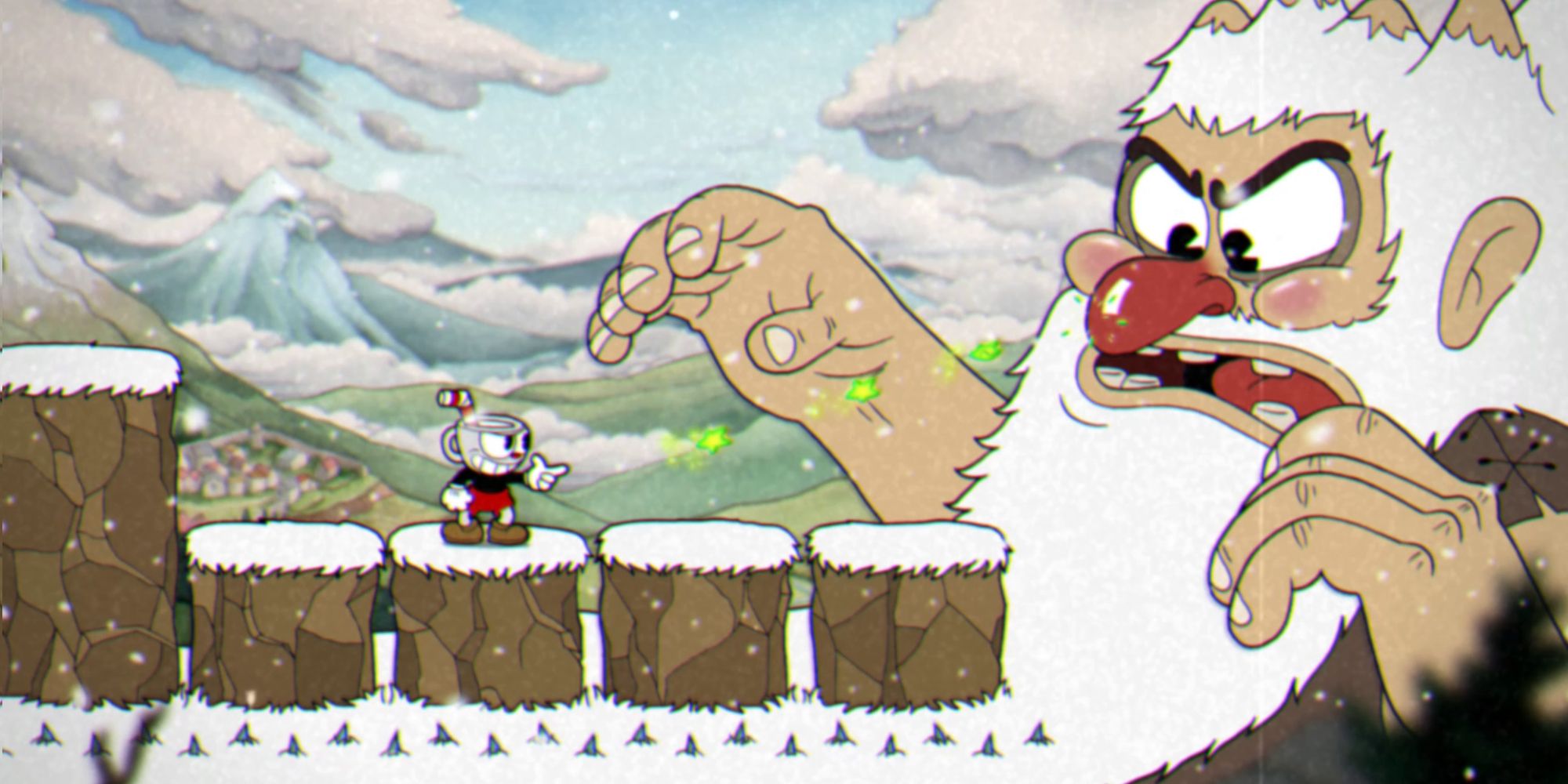 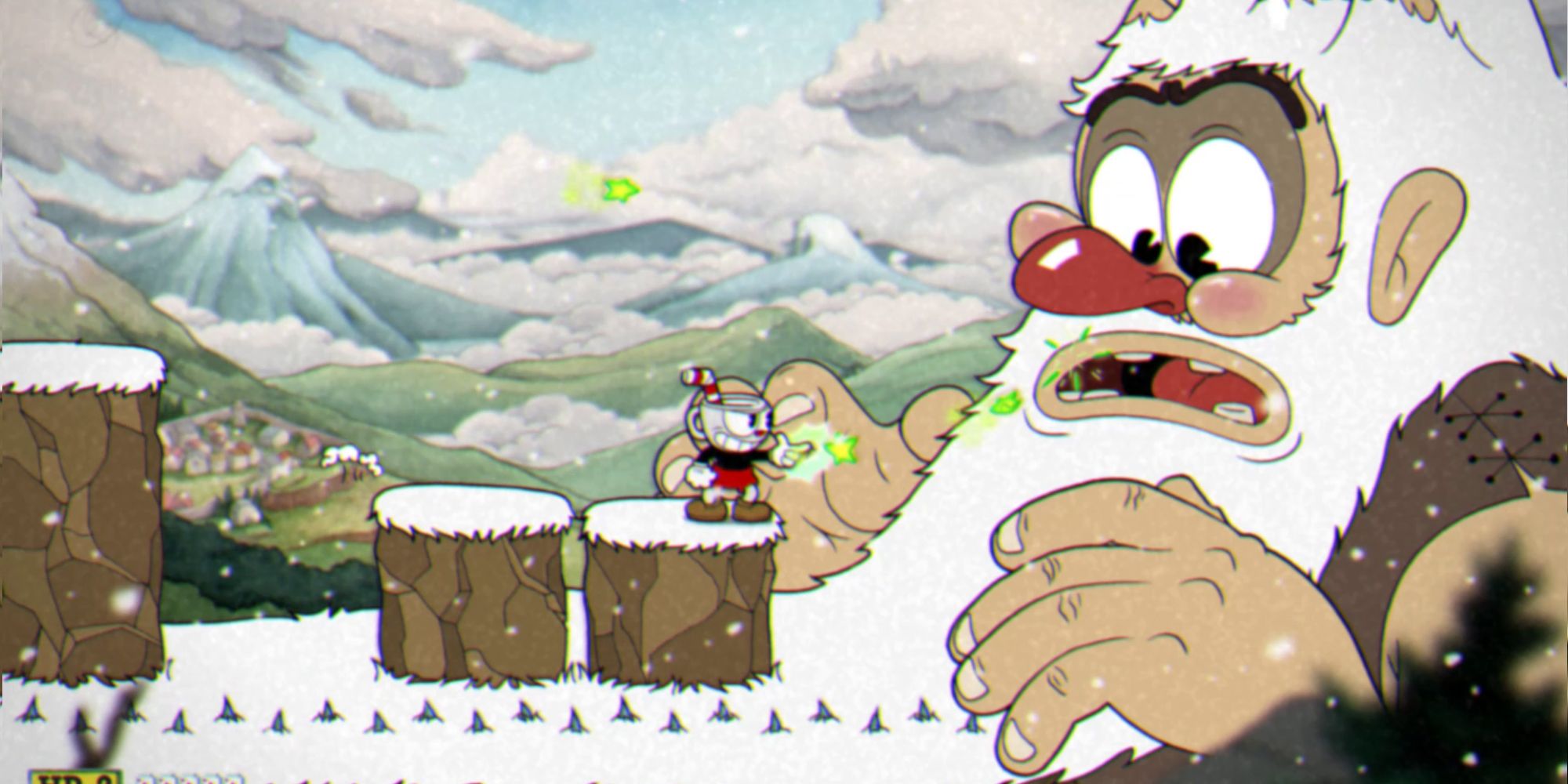 The first phase of this fight takes place on five platforms that will rise and fall. As this phase goes on, two of the platforms will retract into the ground leaving you with less room to maneuver. This can be a problem as gnome hats will be sticking out of the ground below you. Touching the ground won't immediately hurt you, but if you linger too long the gnomes will poke their heads out and damage you with their spiky hats. So try to avoid getting off the platforms unless it's absolutely necessary. 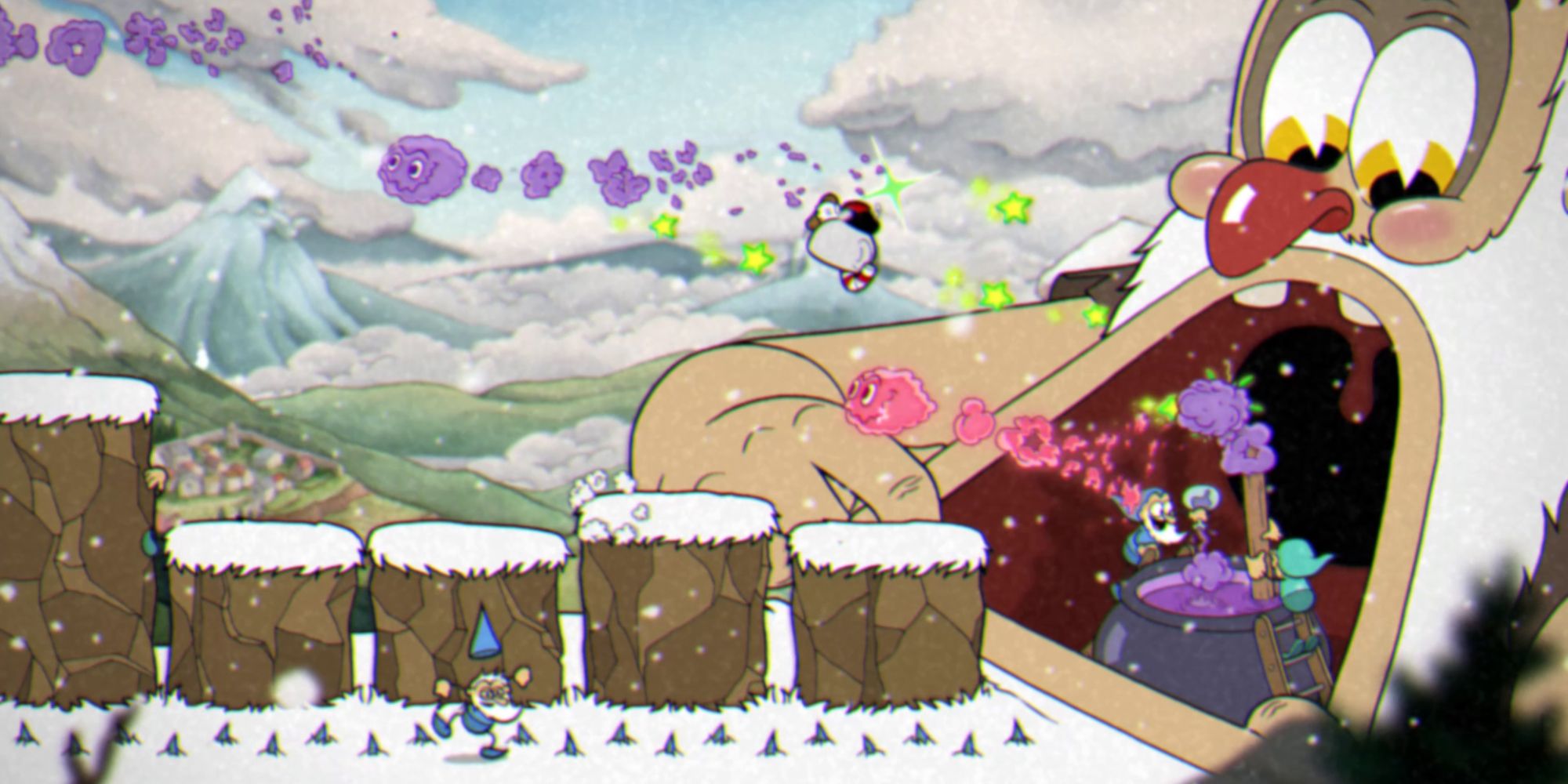 This fight typically begins with Glumstone opening his gross mouth to reveal two gnomes mixing some sort of concoction in a giant cauldron. This will cause small puffs of smoke to fly at you. Most of these puffs will be purple, but some will be pink. You need to move around the platforms and avoid touching the purple puffs while parrying the pink ones if you get the chance. 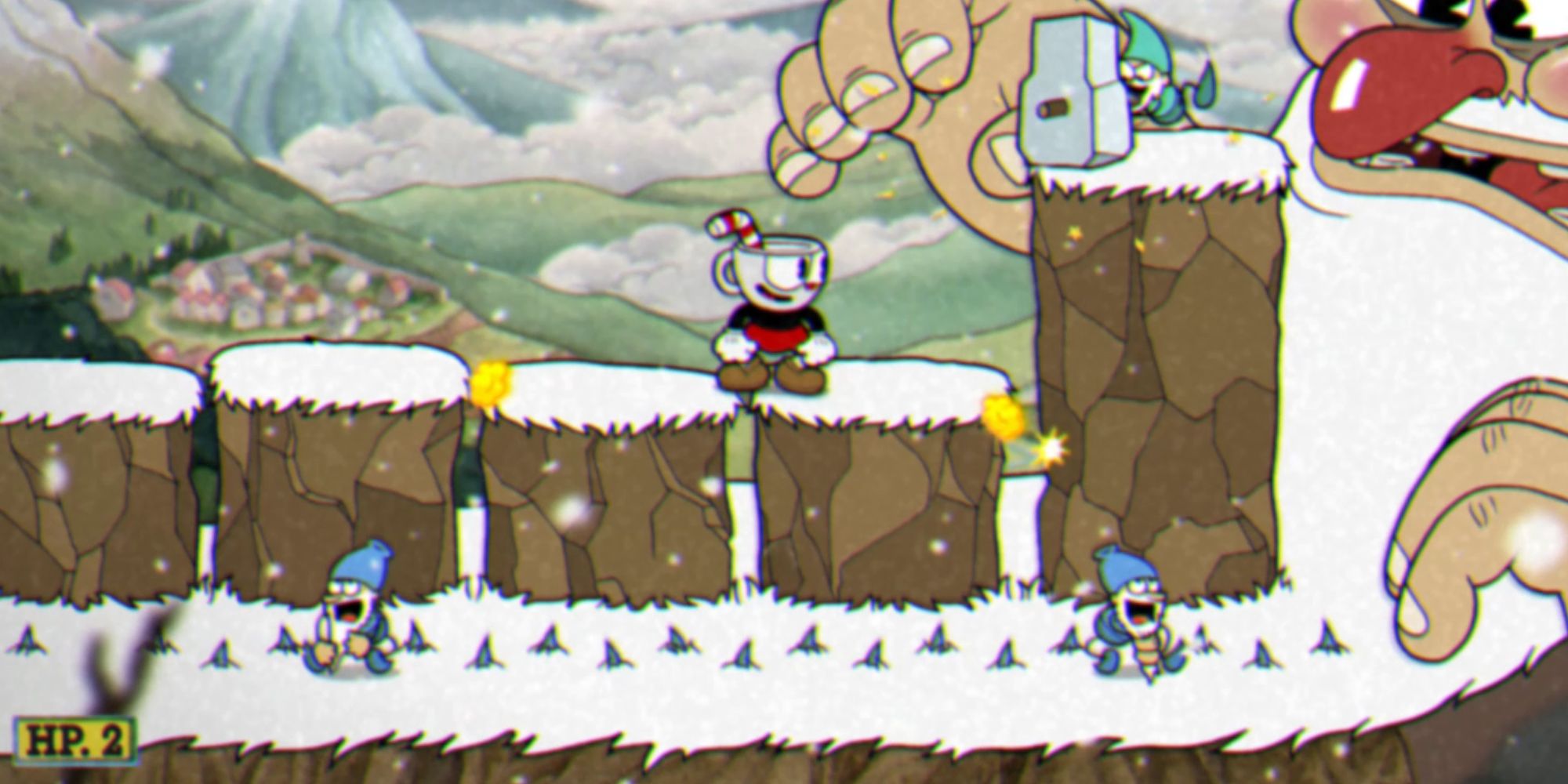 Gnomes will pop out of the ground below you and fire gold nuggets out of their hats. These nuggets can either come at you vertically or diagonally. Shoot the gnomes to get rid of them. 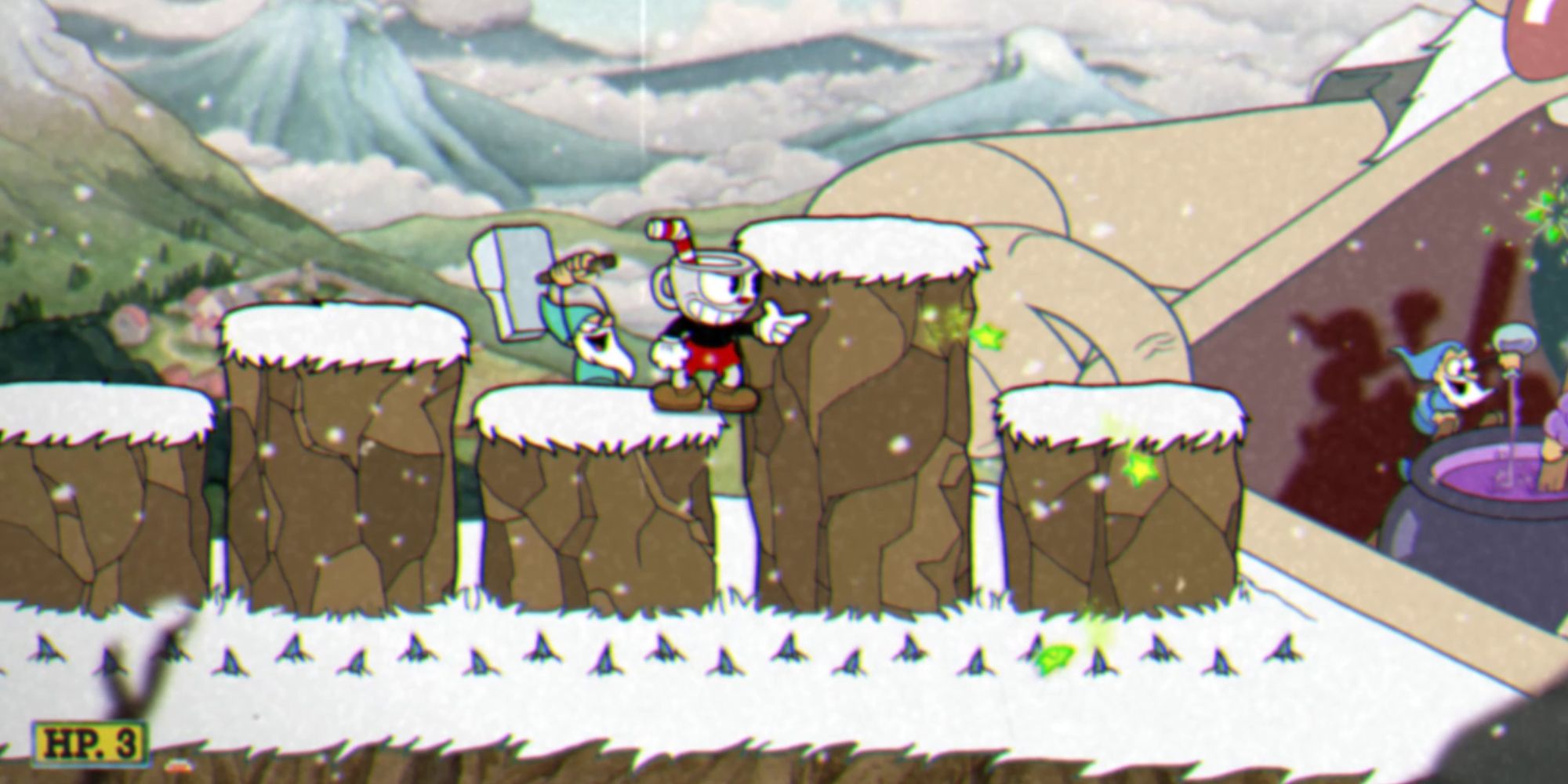 Another gnome will climb up the platforms and try to bash you with a hammer. Shoot this jerk like the last gnome obstacle. 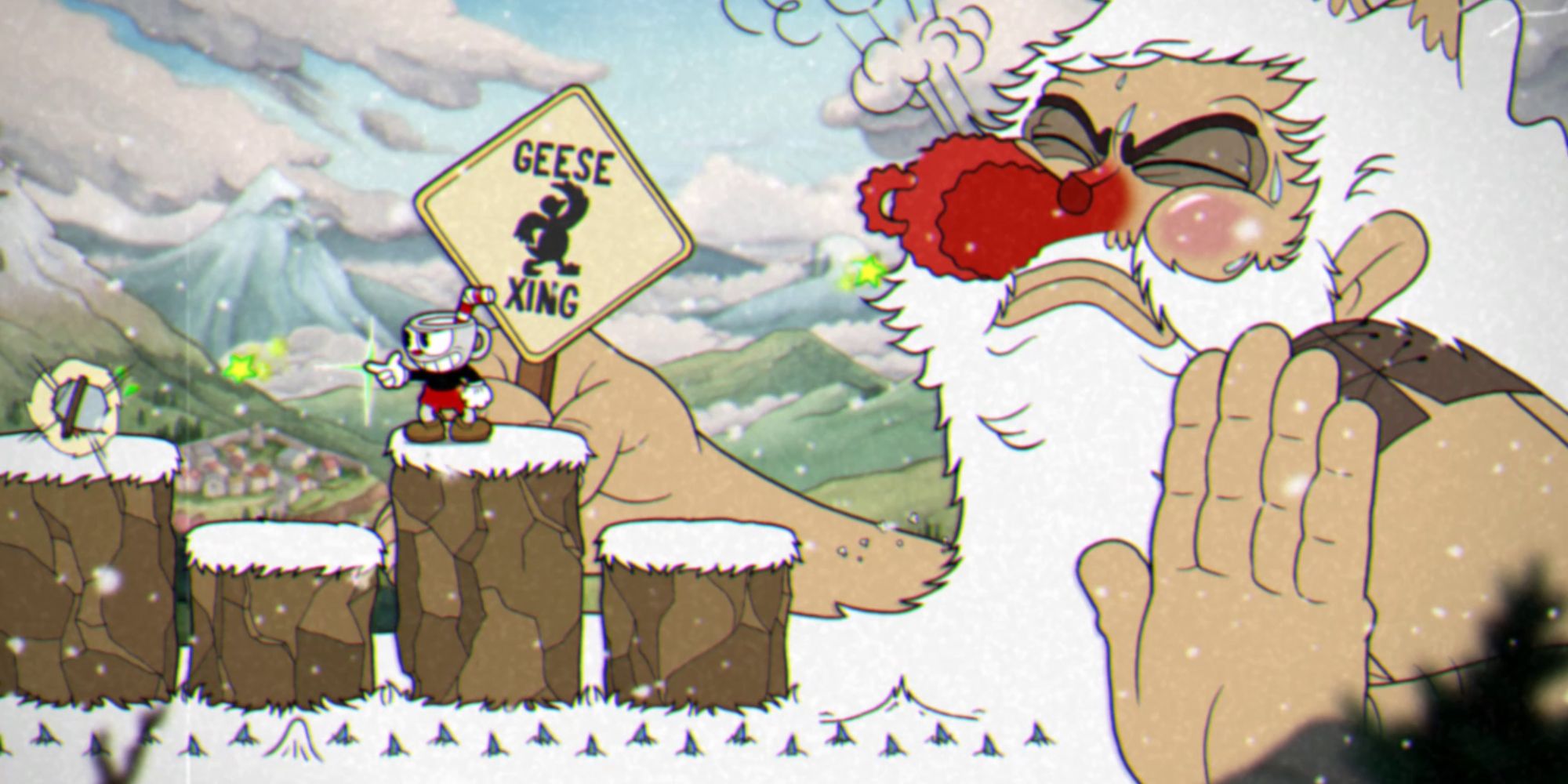 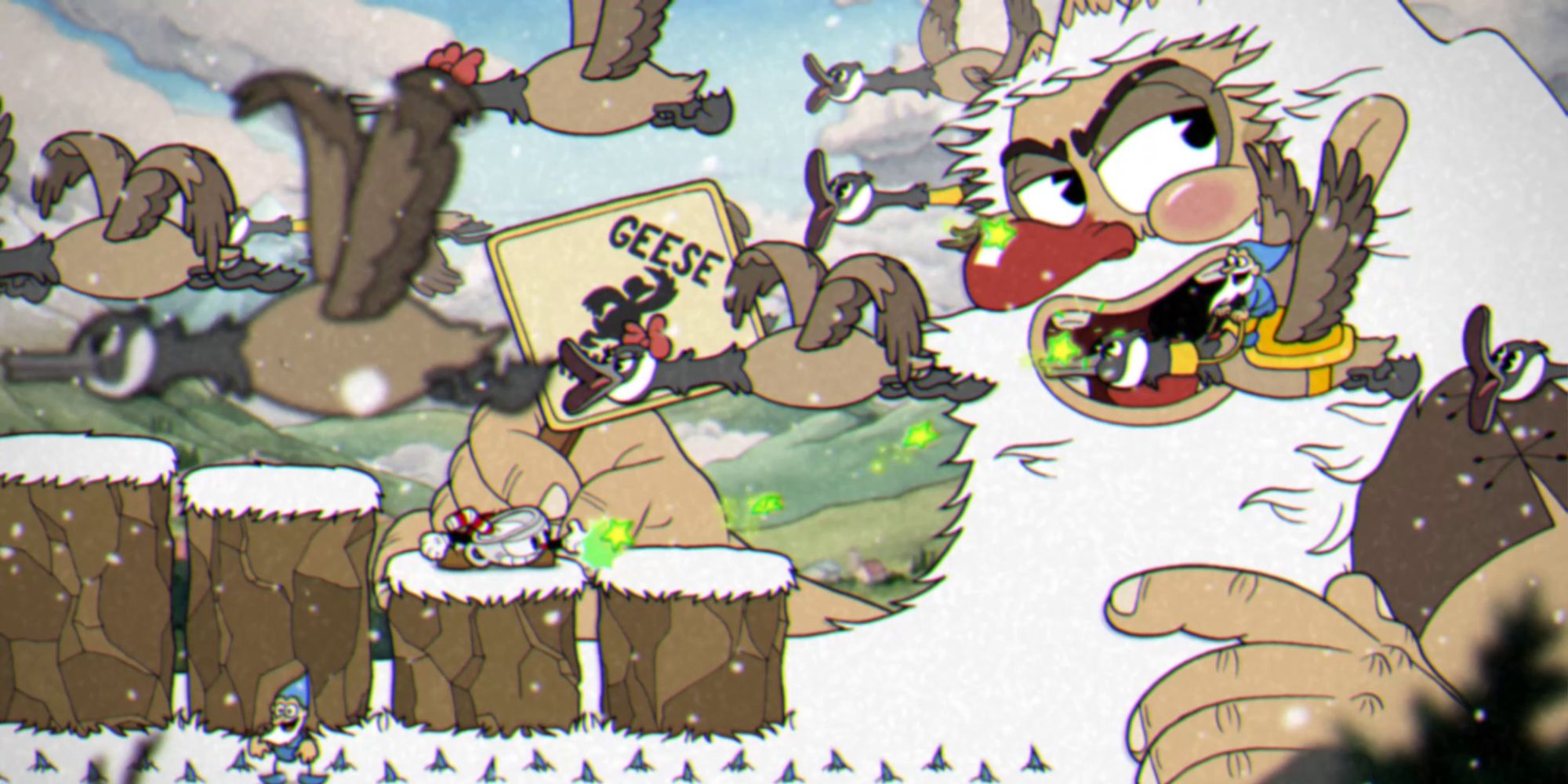 Glumstone will blow his red nose like a whistle and hold up a geese crossing sign. This will be followed by a flock of geese flying overhead for a few seconds. At this point, watch the platforms to see which ones are about to rise up. If you're on an elevated platform or one that's rising, you're more than likely going to take damage. Move to a lower platform and duck down until the geese fly by. 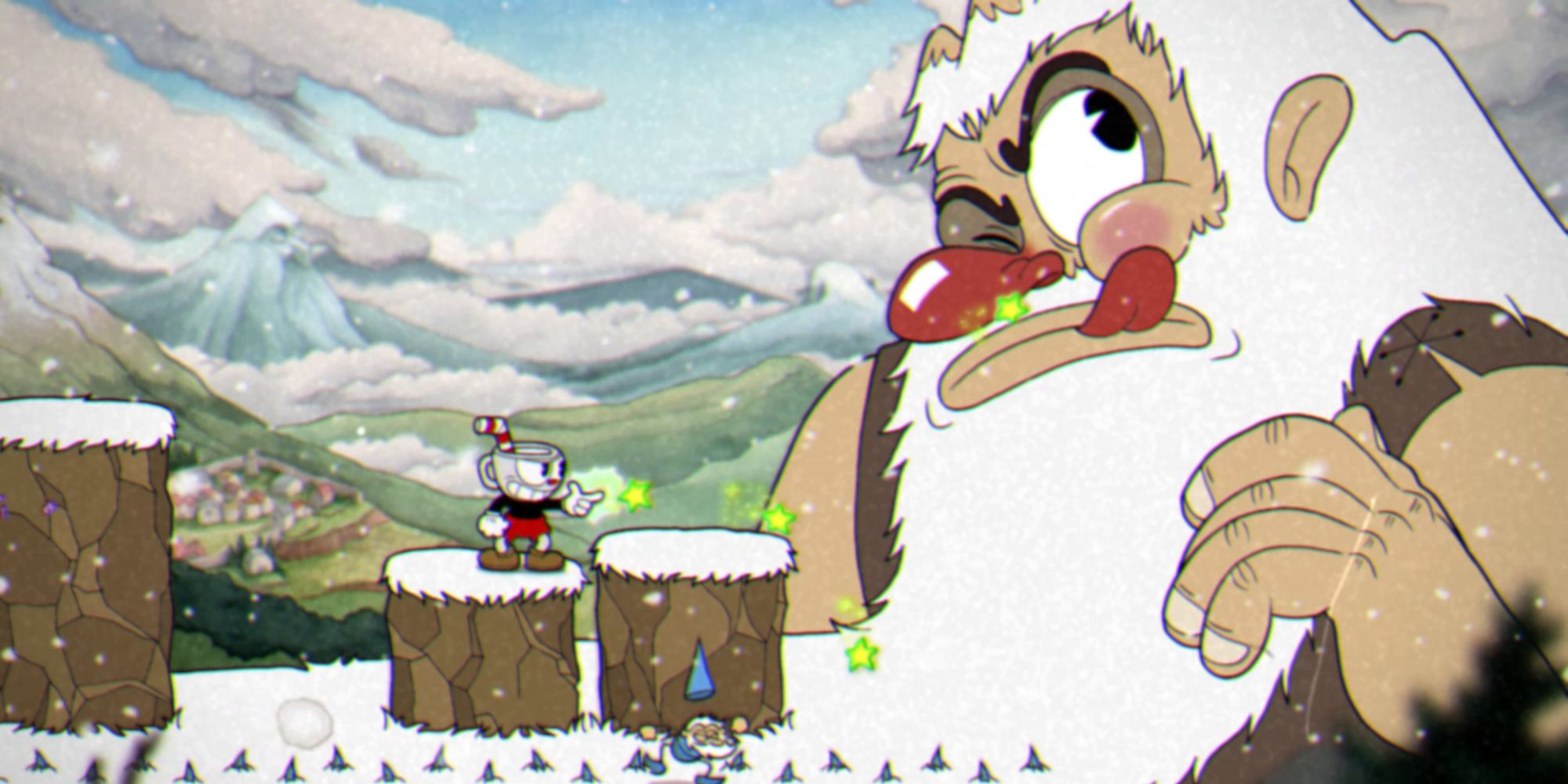 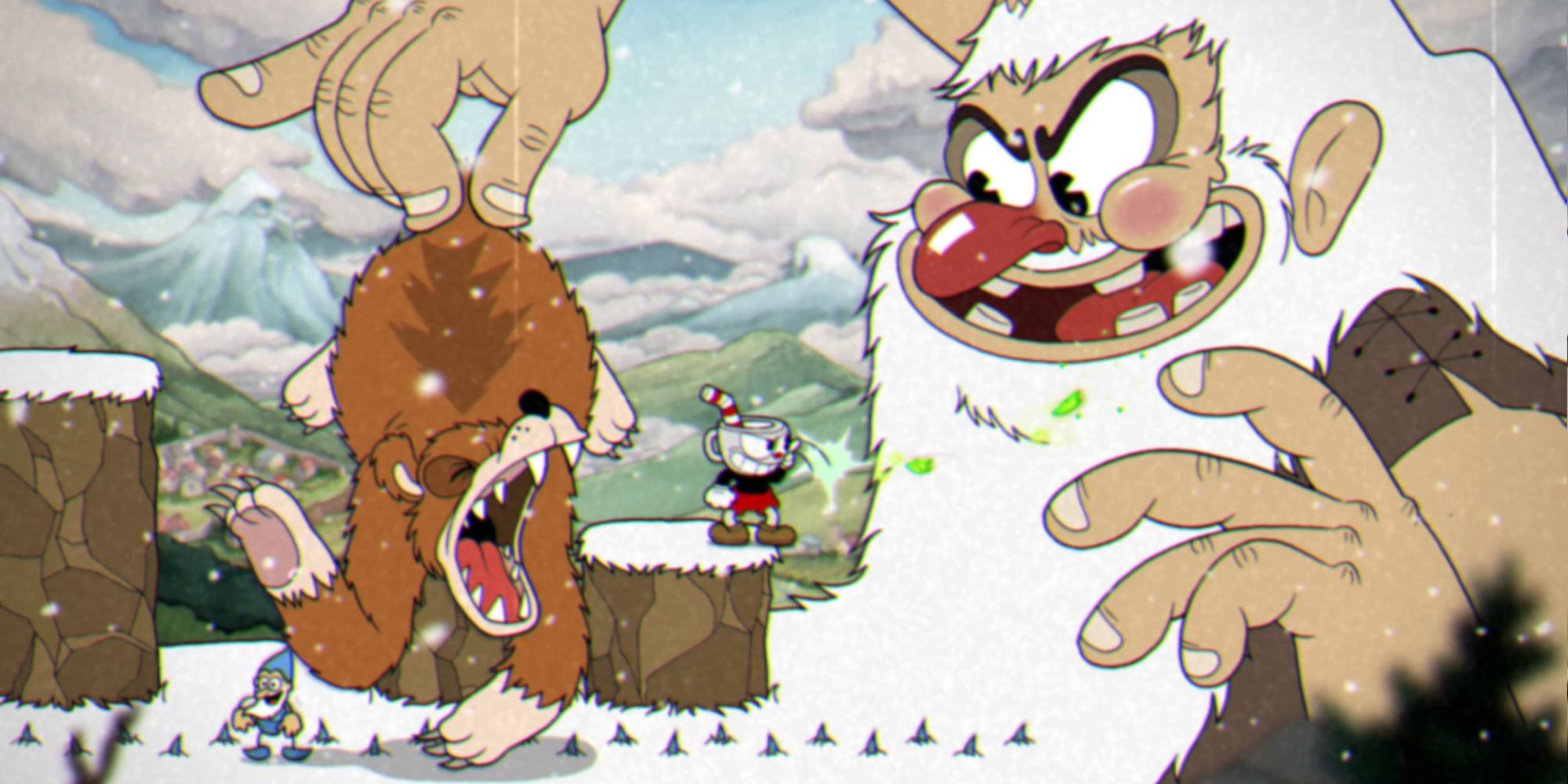 Glumstone will look like he's searching for something with his right hand, and will then give an evil smile as he produces a large bear and brings it close to you. This bear comes in from the left side of the screen and usually doesn't go any further than the middle platform. Glumstone will eventually get tired of holding the bear and throw it away. Stay on the two platforms to the right that are closer to Glumstone to avoid touching the bear. If you're unlucky and those two platforms are the ones that have lowered into the ground, then you'll have to jump on the ground and avoid being poked by the gnome hats. 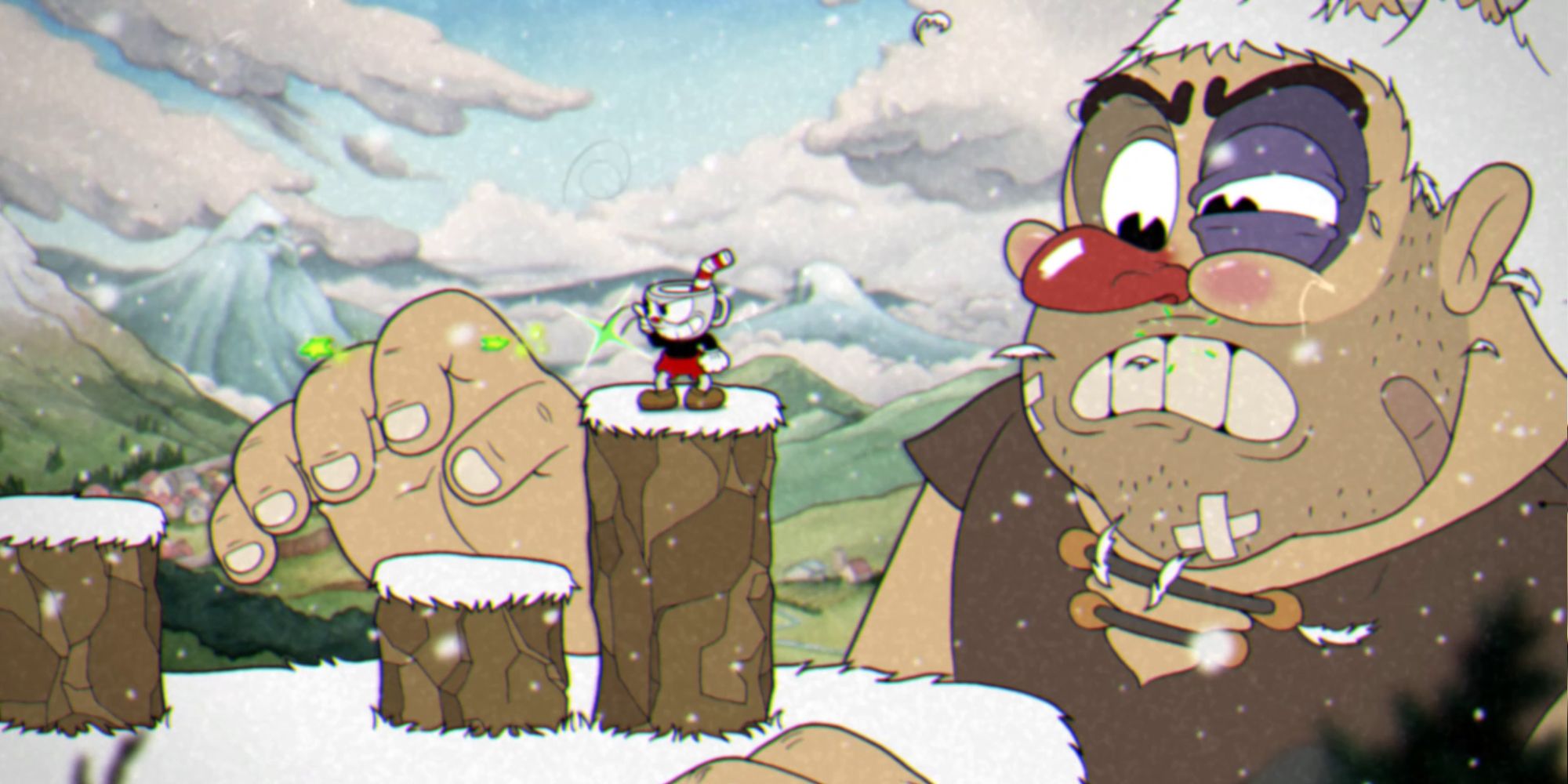 As this phase is about to begin, Glumstone will get angry and pull off his long white beard, which looks pretty painful. From there the remaining platforms and gnome hats will lower into the ground, leaving you on one large white patch of land. 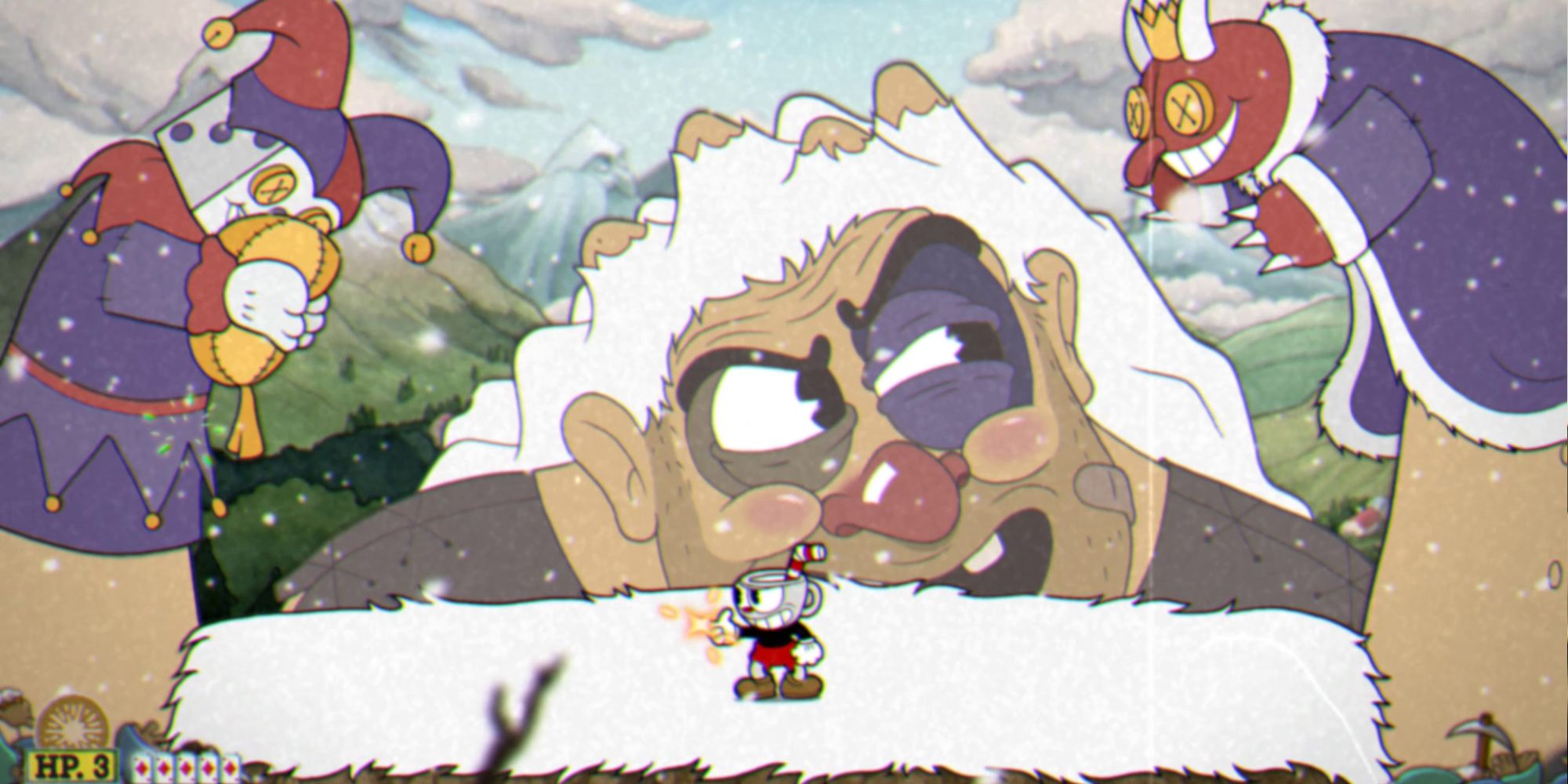 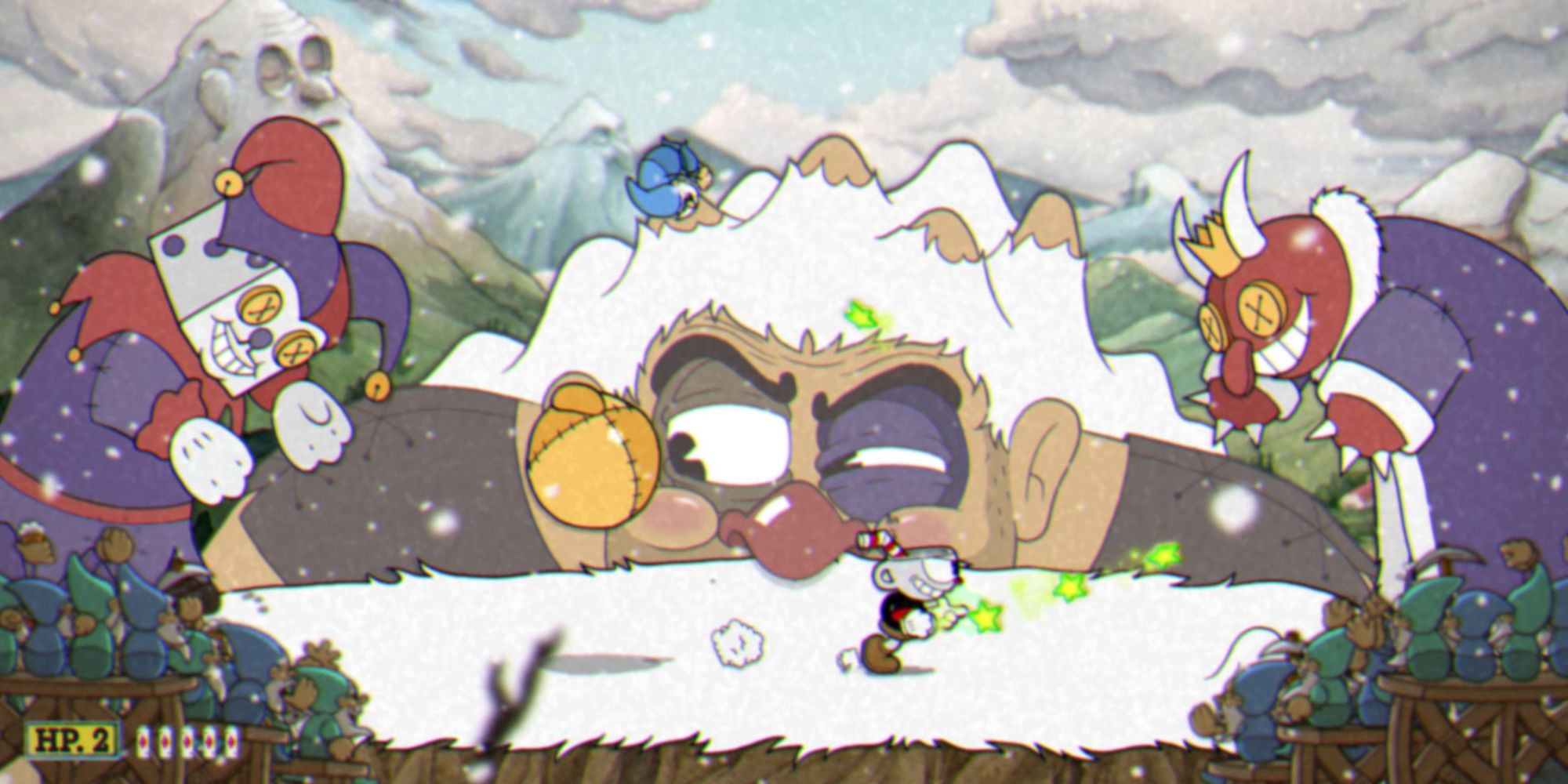 Glumstone will then reappear with both of his arms on either side of the stage with puppets of King Dice in a jester outfit and The Devil in a king outfit on both hands. One of the puppets will be holding a sack that will turn into a ball. The puppets will begin tossing the ball to each other by bouncing it on the ground towards you. The puppets will also move up and down which will change the trajectory of the ball. Watch the puppet that is about to throw the ball and dodge out of the way when it gets tossed. 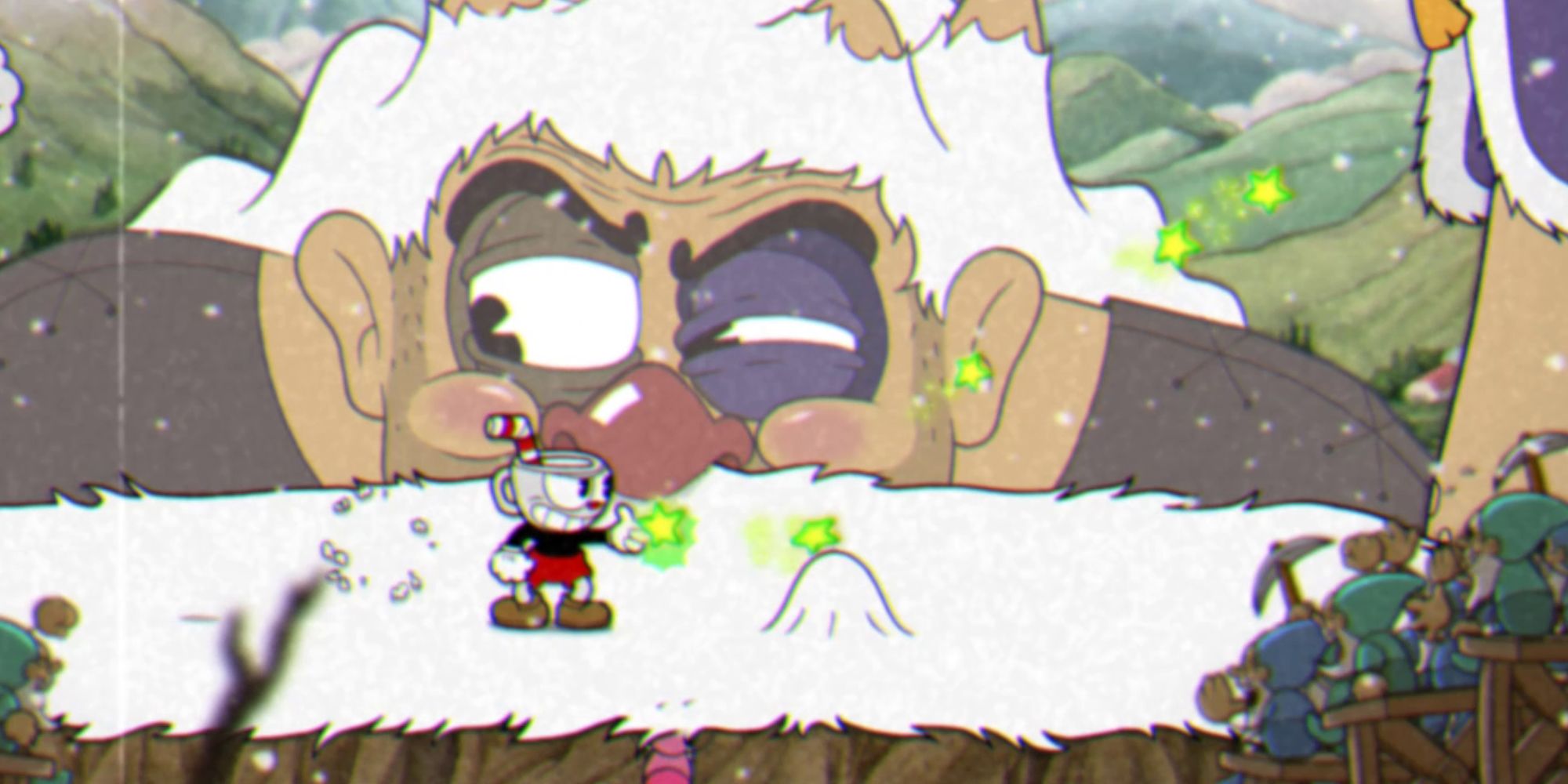 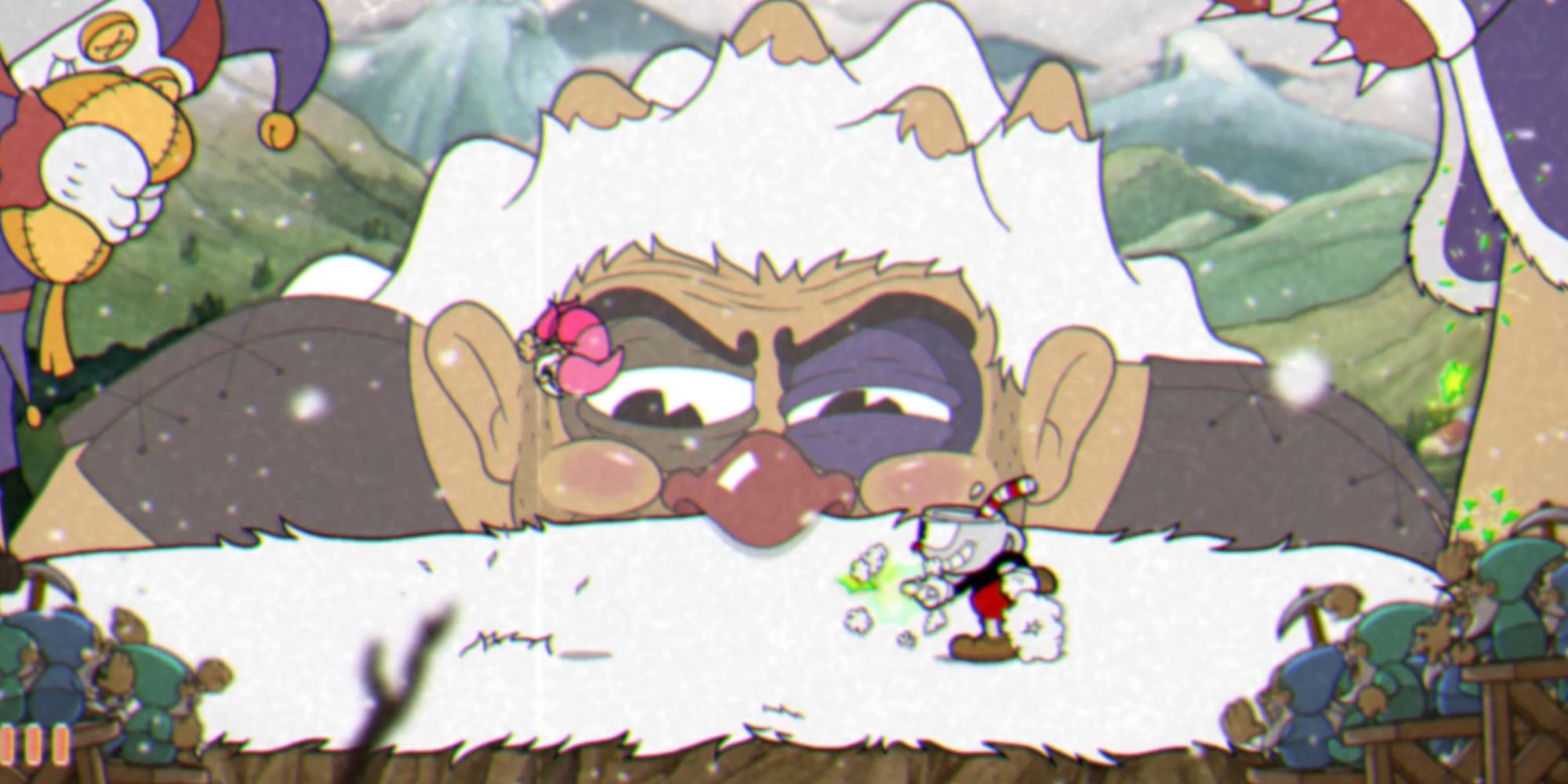 As this is happening, gnomes will crawl up from below underneath the snow and pop out of the ground into the air. You can see an outline of them before they pop out, so move out of the way. Avoid having them fall on you or shoot them while they're in the air. Some of these gnomes will be pink, so you can parry those if you get the chance. 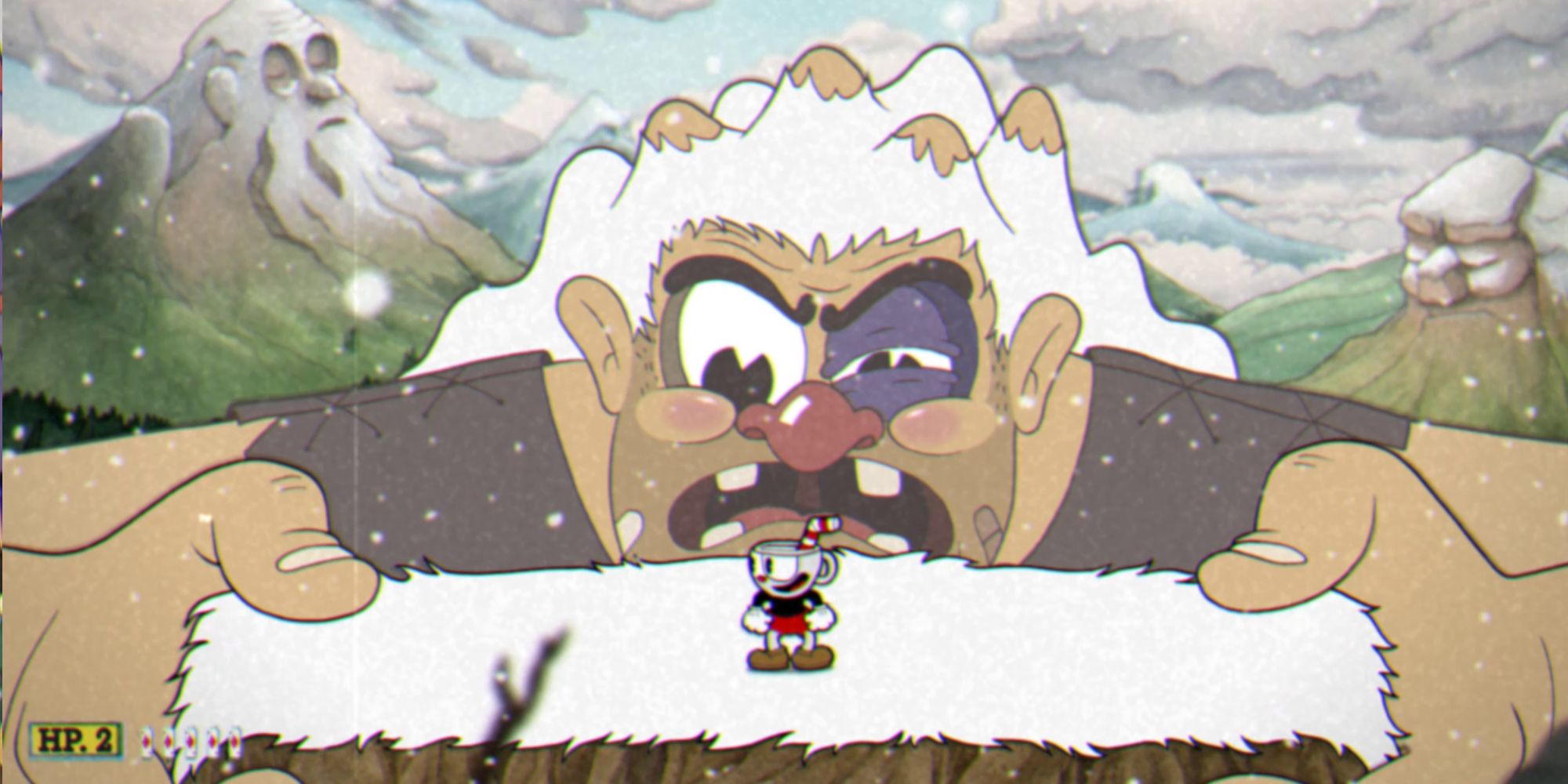 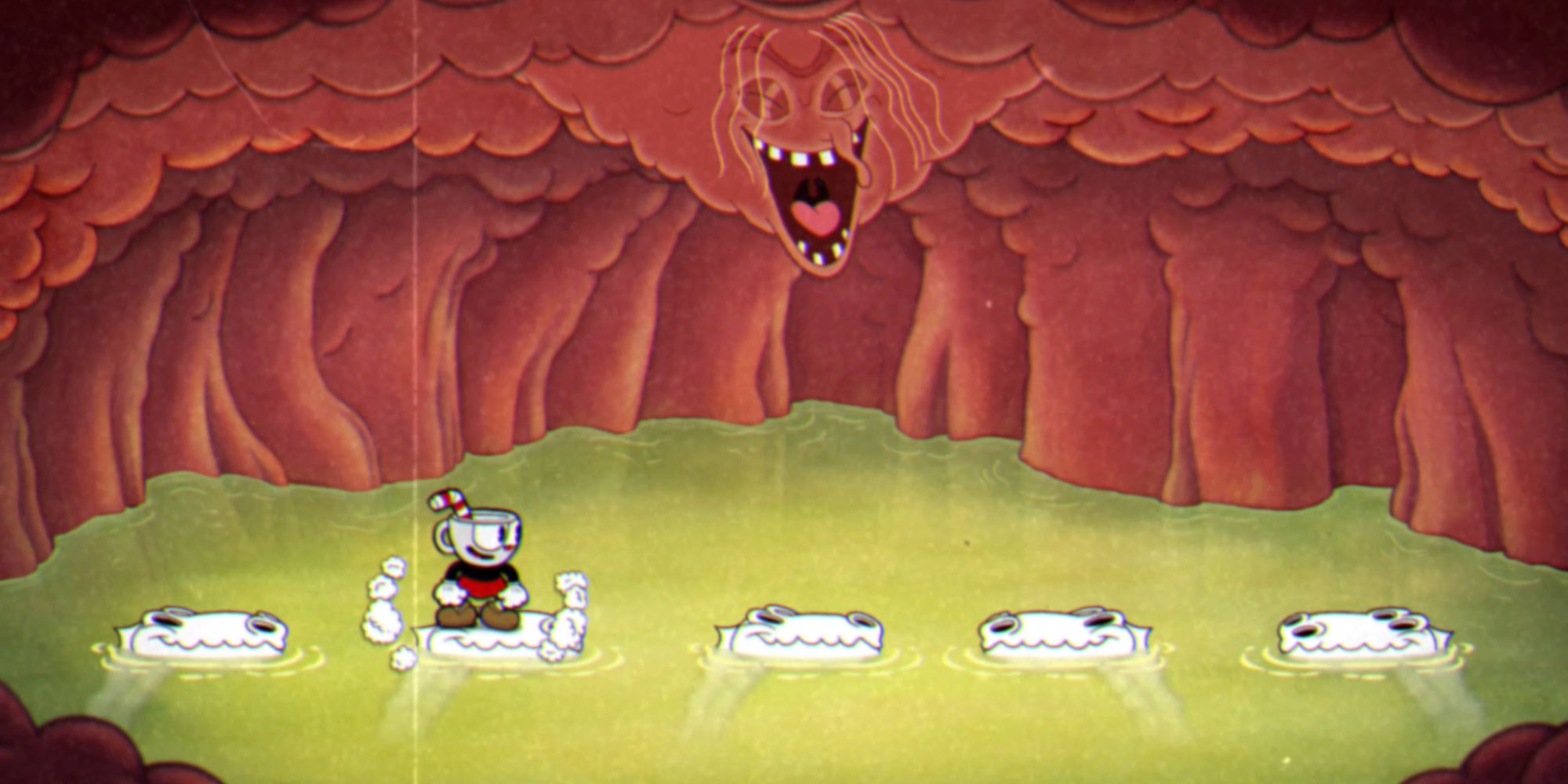 When Glumstone has had enough of his puppet show, he'll crumble the ground you're standing on and swallow you whole. You'll now be within his stomach, and your target will be the weird sentient growth with a face above you (he should really have a doctor take a look at that.) There will be a pool of deadly stomach acid here, and the only safe ground you'll have to stand on will be the five horse skulls sticking out of the surface of the acid. 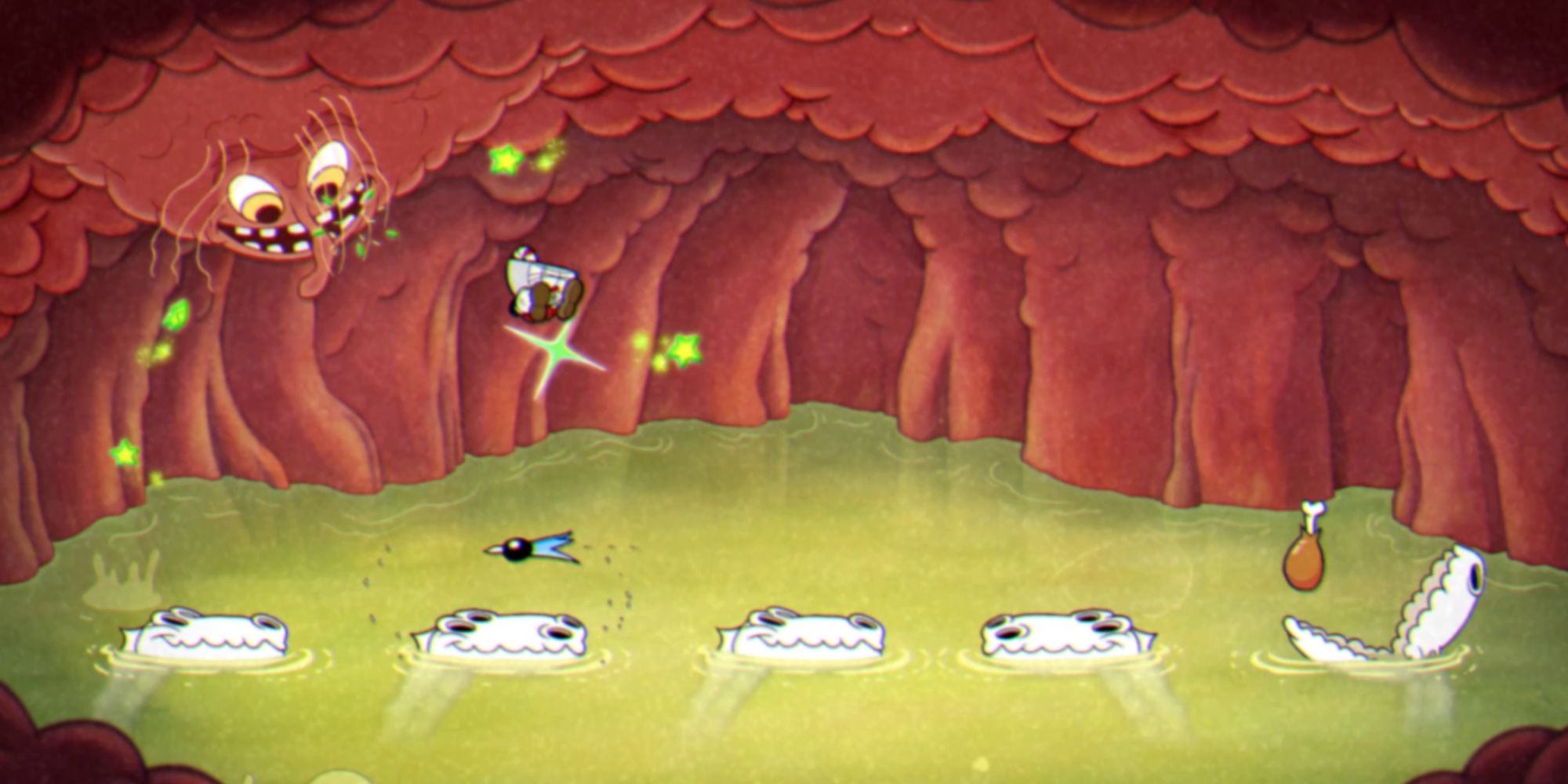 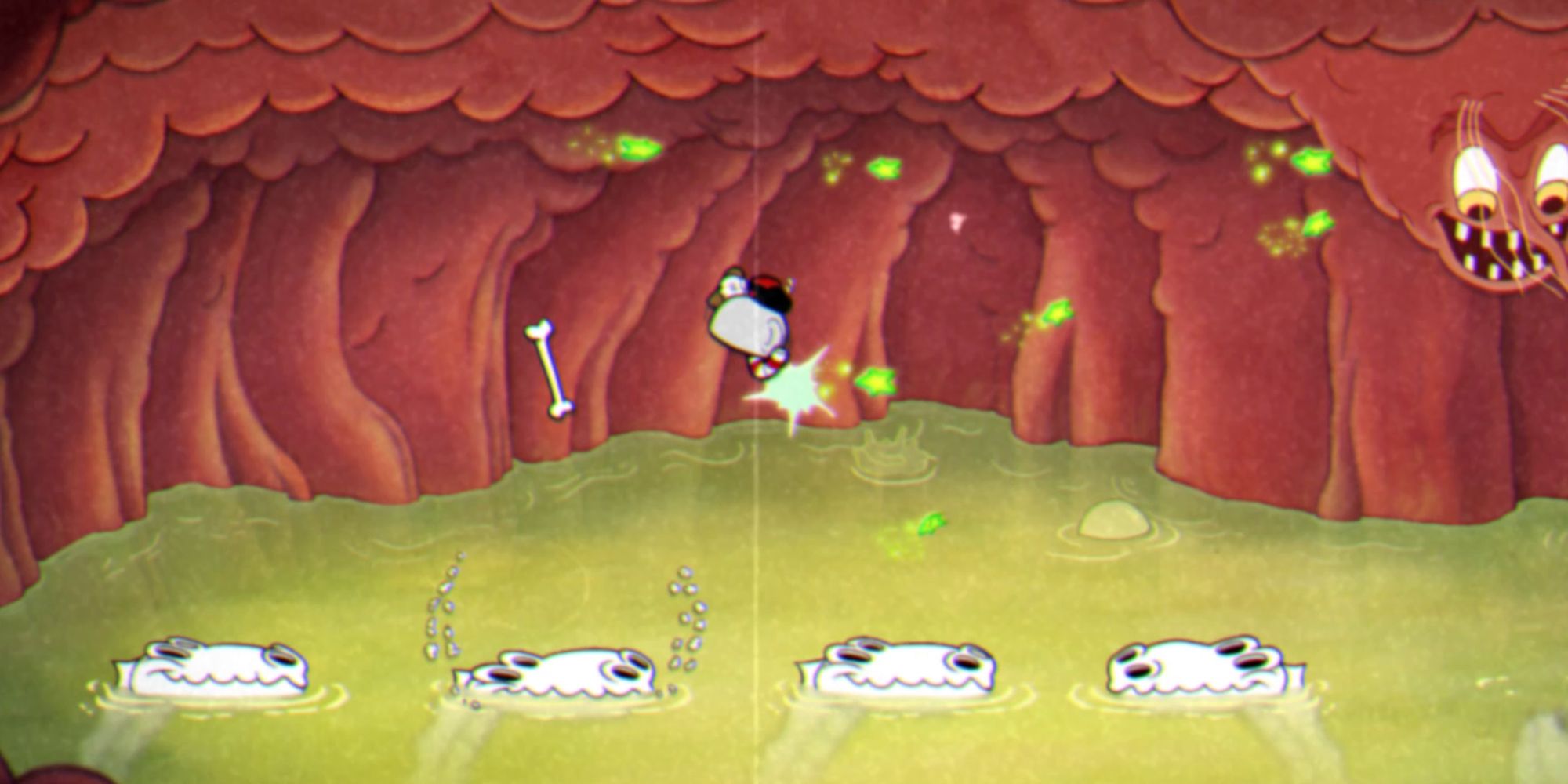 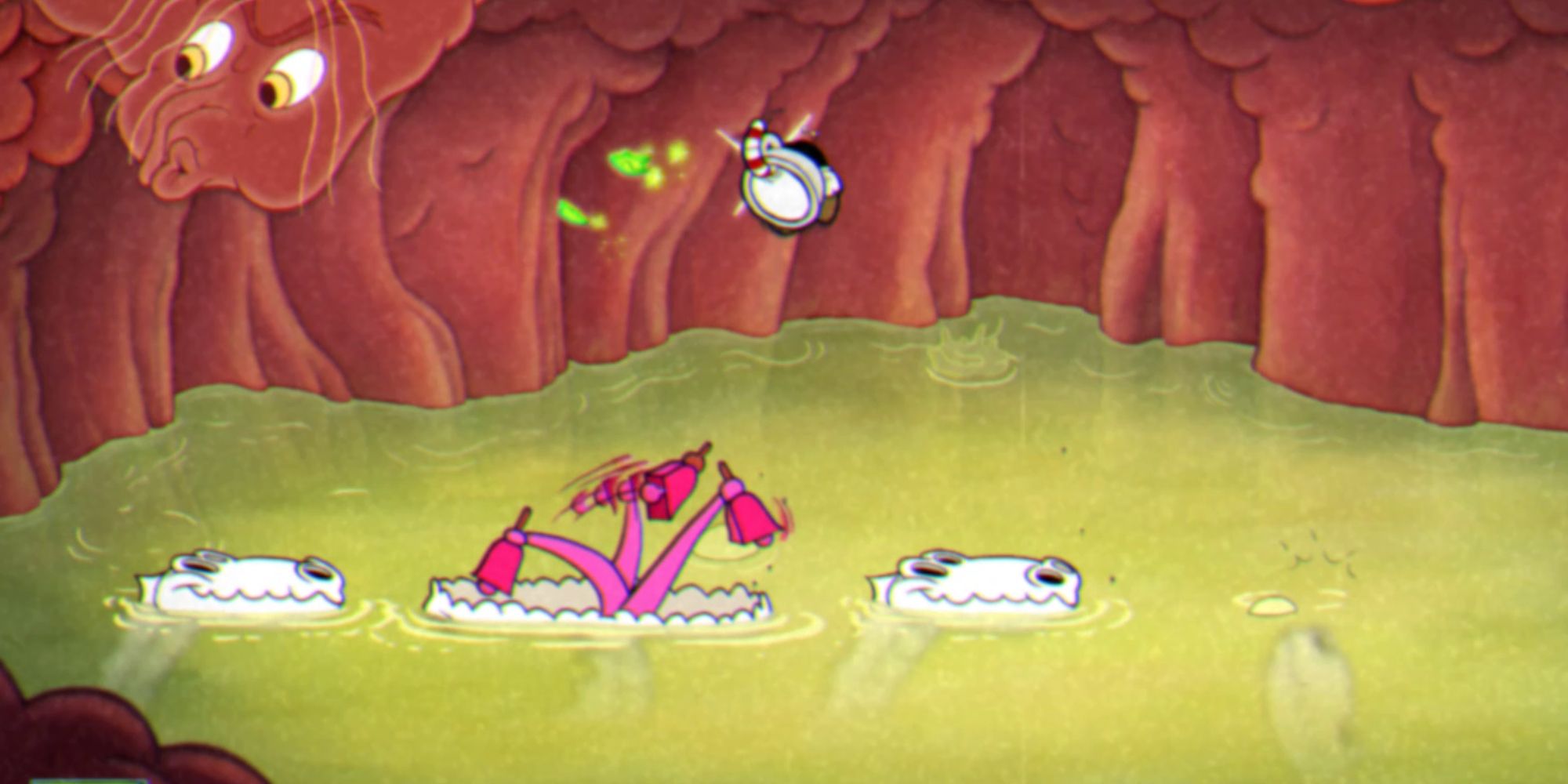 The growth will move from side to side and spit out chicken drumsticks that the skulls you're standing on will eat. This will make them lower into the stomach acid giving you fewer platforms to stand on. Along with the drumsticks, the growth will also spit out a single bone. That bone will hit one of the skulls which will cause it to open its mouth and begin ringing a pink dinner bell with its tongue. You need to parry that tongue the moment that mouth opens. That will bring up the rest of the skulls out of the stomach acid. 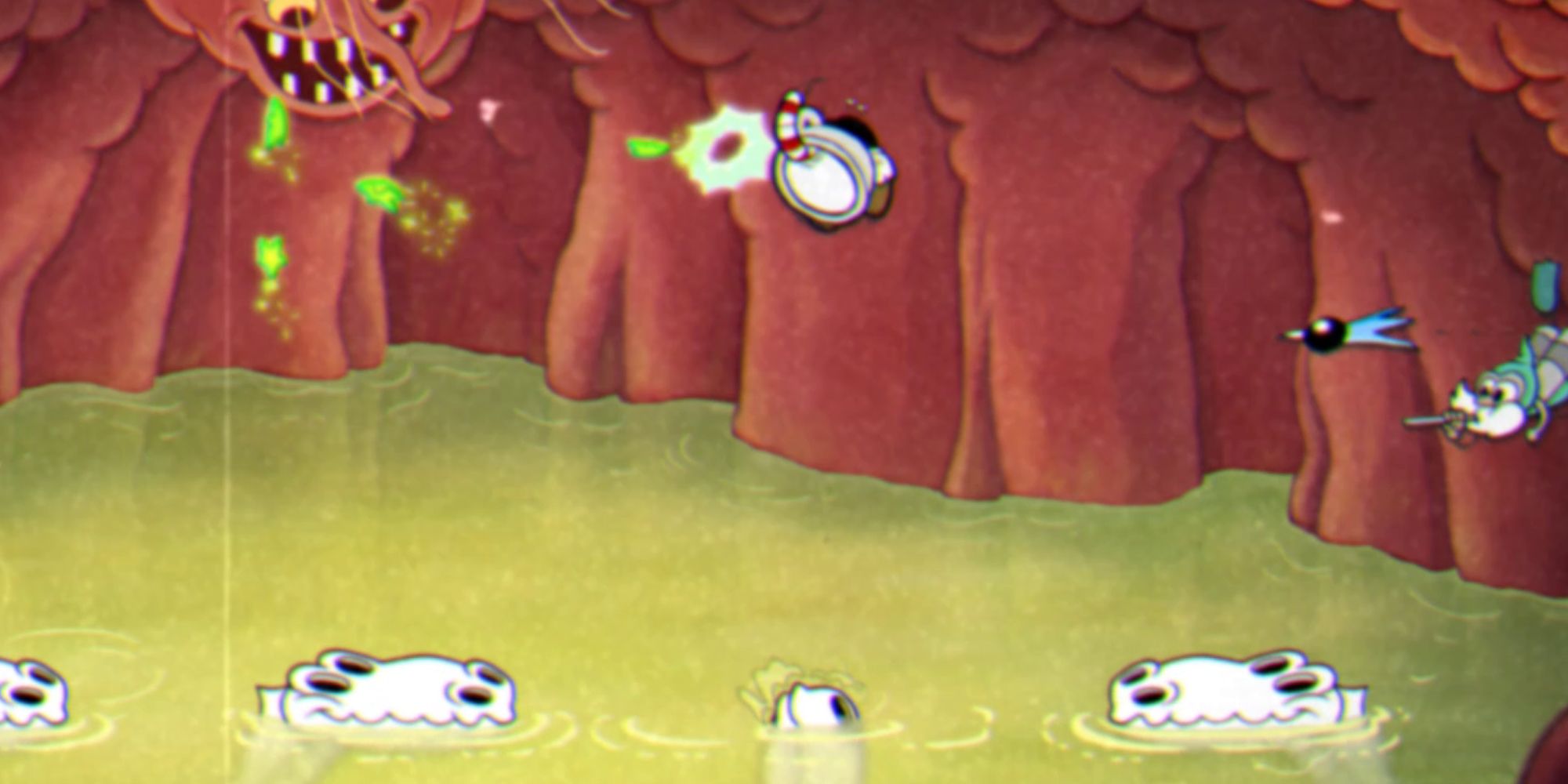 Gnomes wearing scuba gear will also pop up out of the stomach acid and spit darts at you from the sides. Some of these darts will be pink, so you can parry those to get rid of them. Avoid the darts or shoot the gnomes to stop the darts.

Best Loadout To Take Down Glumstone 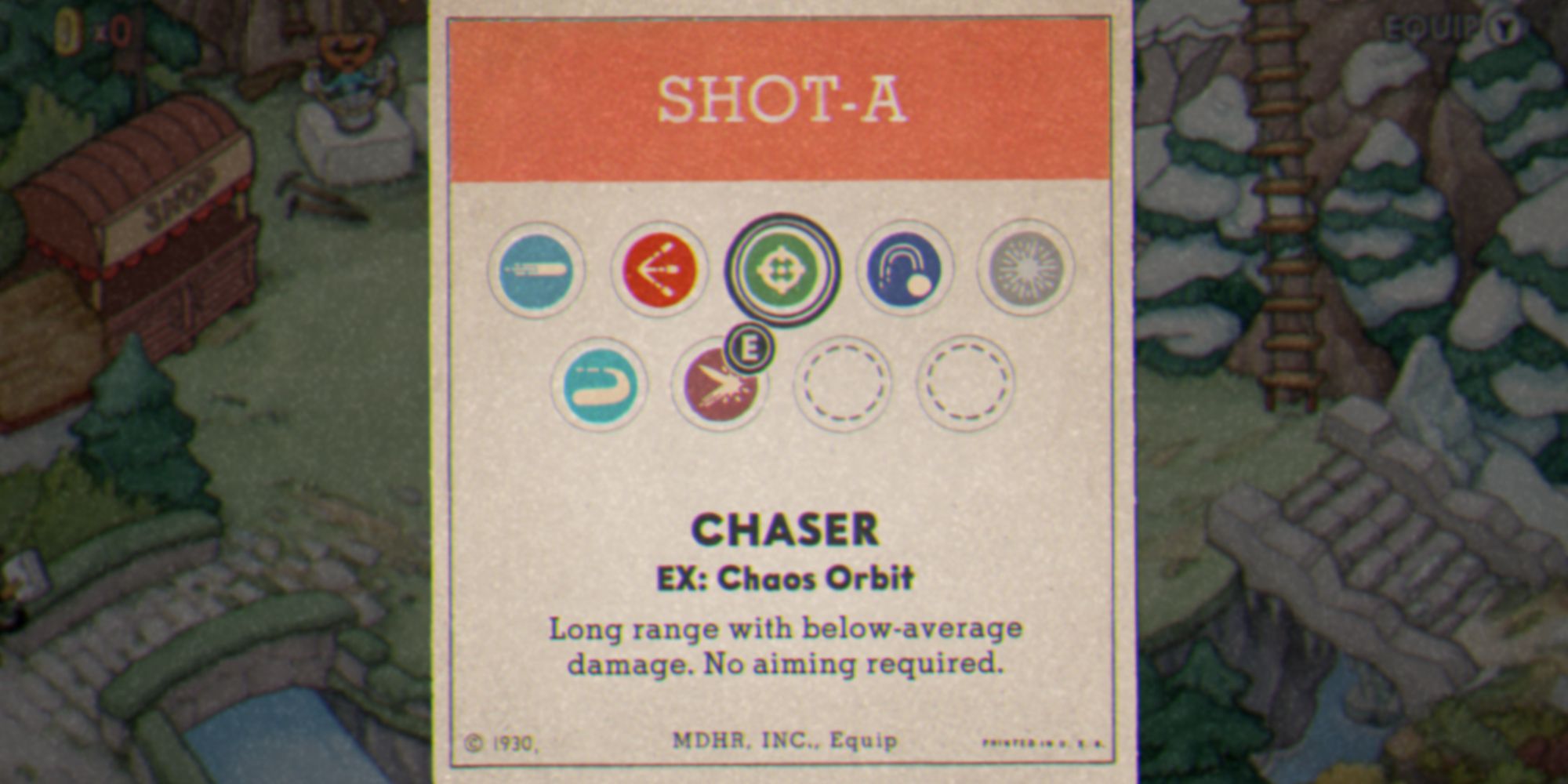 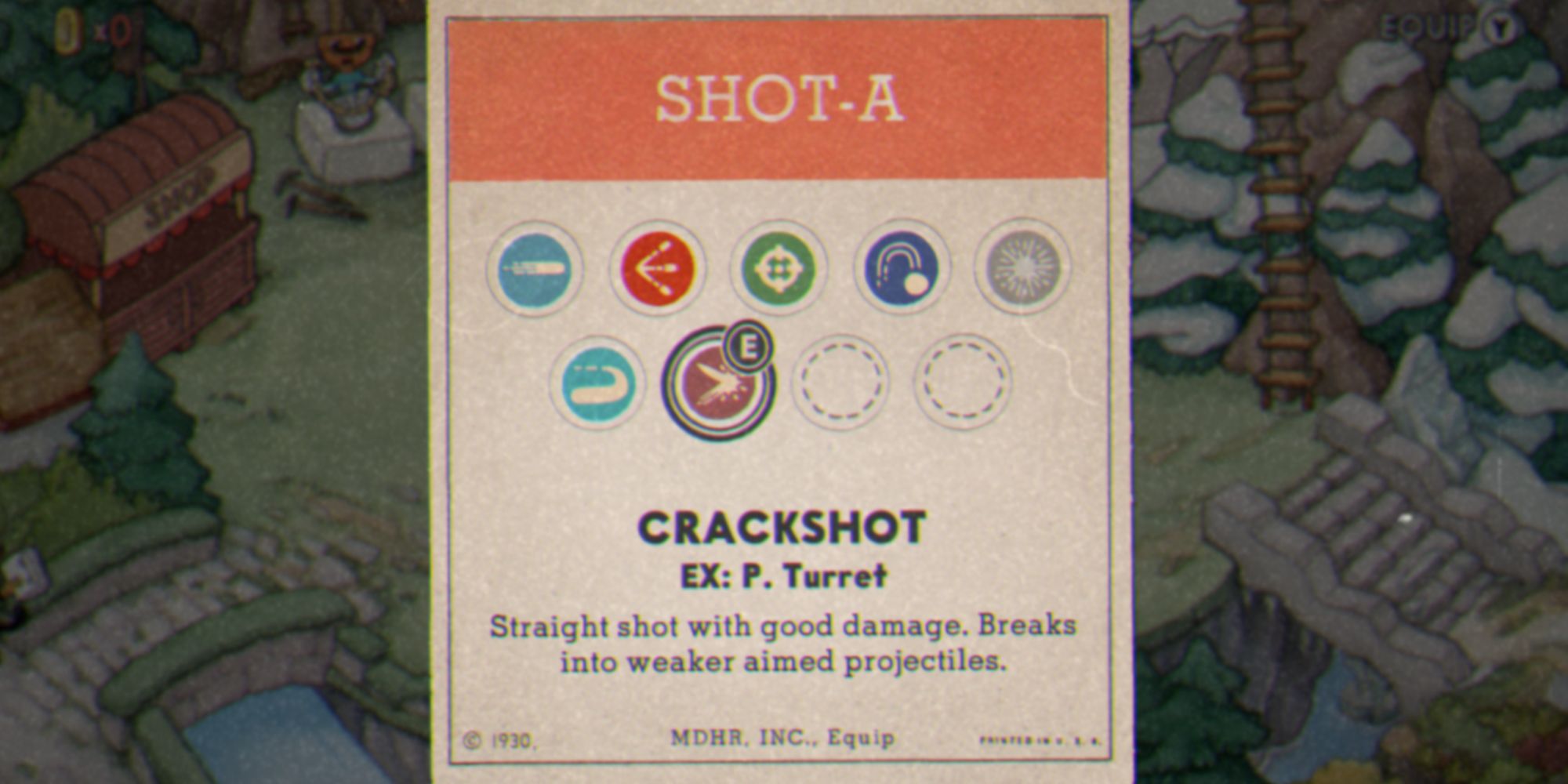 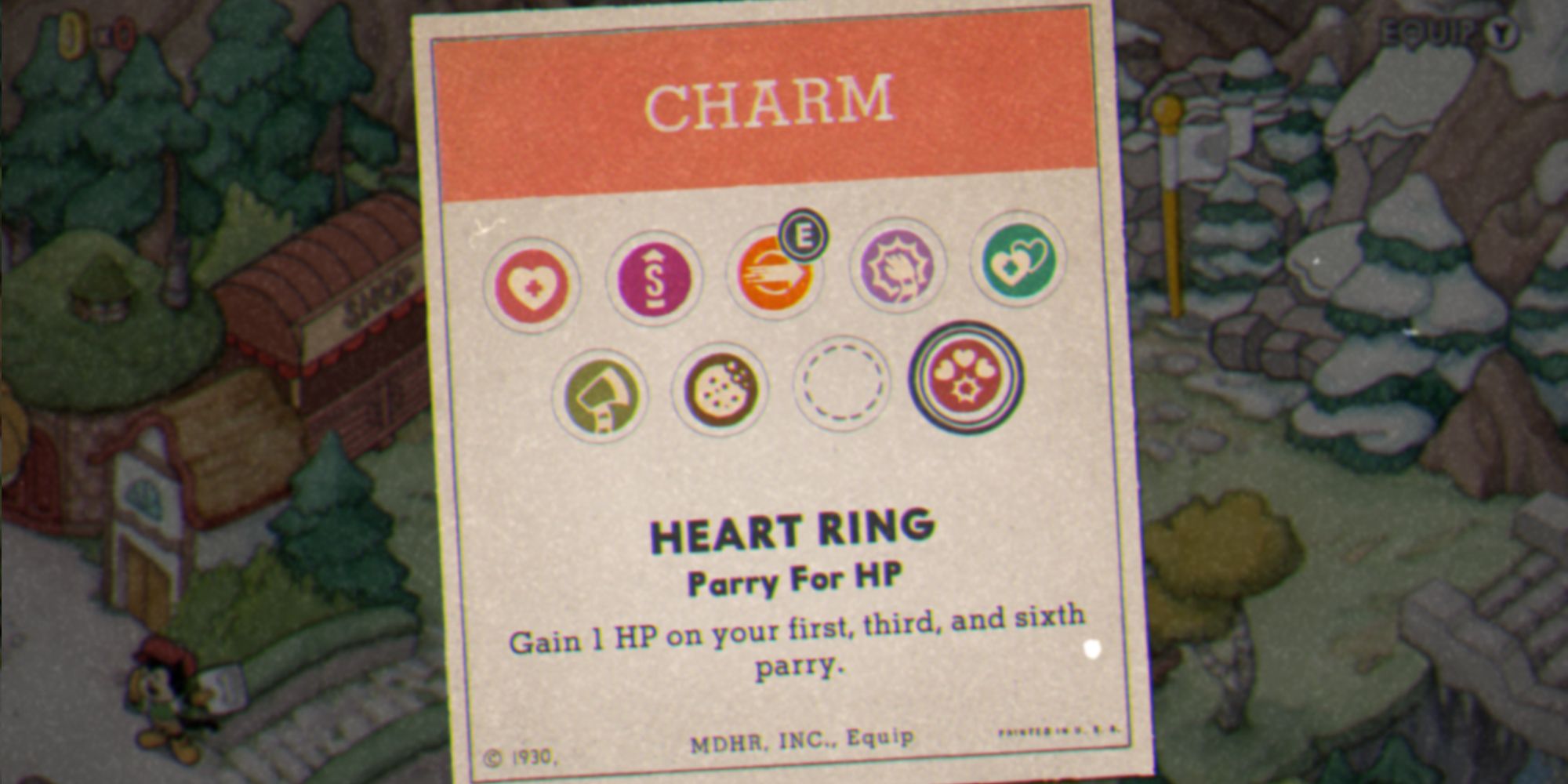 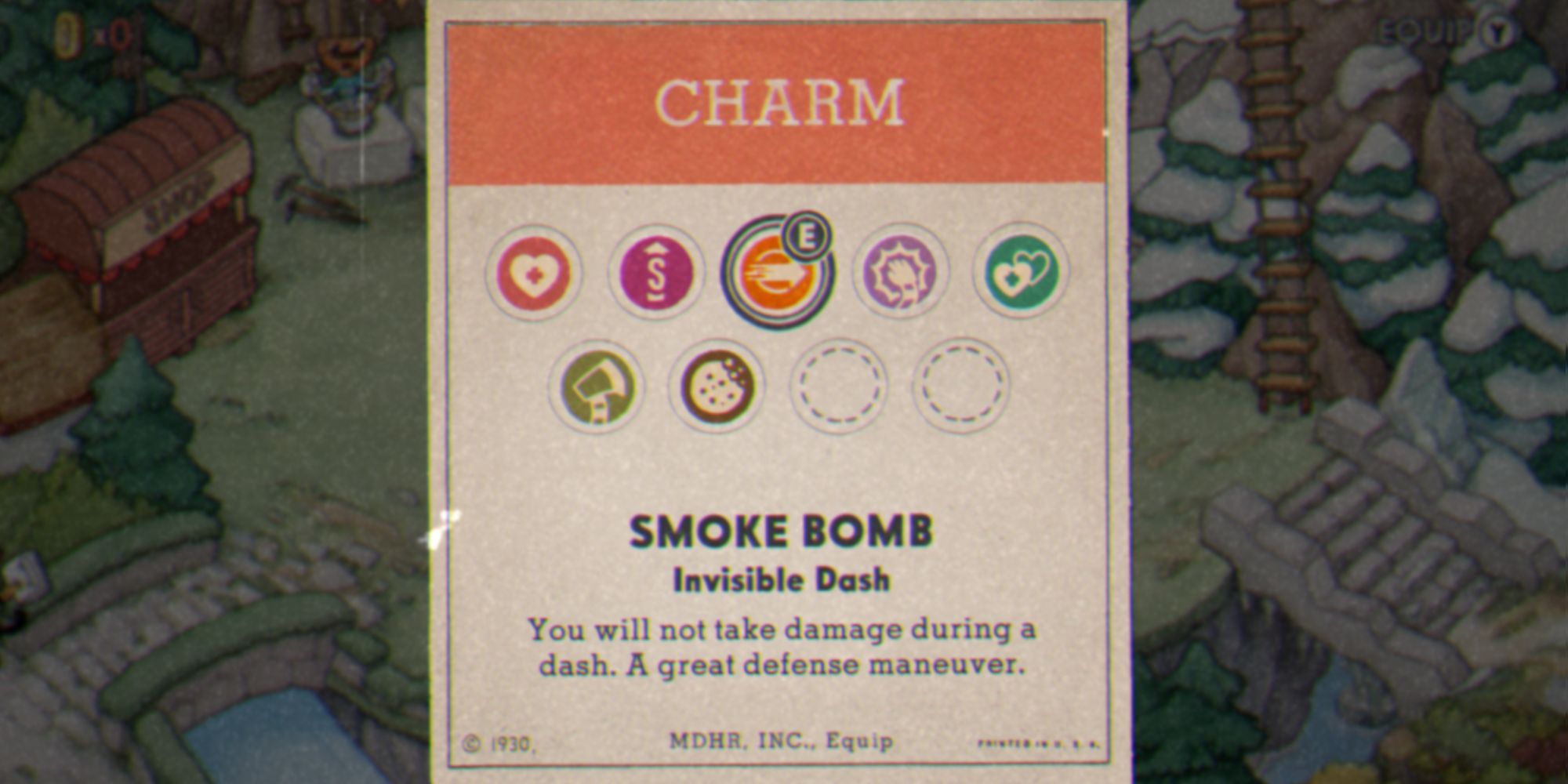 The difficulty of this fight comes from the constant barrage of gnomes that are throwing crap at you. Most of Glumstone's attacks are fairly easy to read, but you're likely to get hit by a random gnome projectile while focusing on the big man. Your best bet to offset this gnome issue is to equip a weapon like Crackshot or Chaser that can home in on enemies. This way you can focus more on dodging while your bullets automatically take out any annoying gnomes and deal damage to Glumstone.

For your super, Super 1 is your best option as you should be able to easily hit Glumstone with it during any of his phases. Just be careful when you use it during the third phase as you don't want to be caught in the air without a horse skull to land on. As for charms, Smoke Bomb can be handy to help you dodge through the various projectiles flying at you. If you've unlocked the Heart Ring, that can be pretty good too as it will allow you to gain or recover hit points by parrying and there will be plenty of pink gnomes, puffs of smoke, and darts for you to parry during this fight.

This can be a particularly nasty fight what with all the beard-ripping and stomach acid, but hopefully with these tips, you'll be able to take down this treacherous titan.