A recent highlight found in Playstation Plus’ lineup of games is the roguelike known as Curse of The Dead Gods. Standing among the top of the subscription’s monthly offerings, Curse of The Dead Gods embraces the skill-based challenge typically found in the indie genre as you explore an intimidating temple filled with expansive corridors and endless rooms. The difference that differentiates this game from the rest is its unique curses that alter the way you approach each floor.

Like its competitors, Curse of The Dead Gods has an impressive roster of enemies, and they will become increasingly harder as you go forward. Ranging from Champions that will meet you halfway through your run or deadly bosses designed to end it, you’ll be sure to face some enemies that’ll stop you in your tracks. One of these Champions are The Cursed Twins. 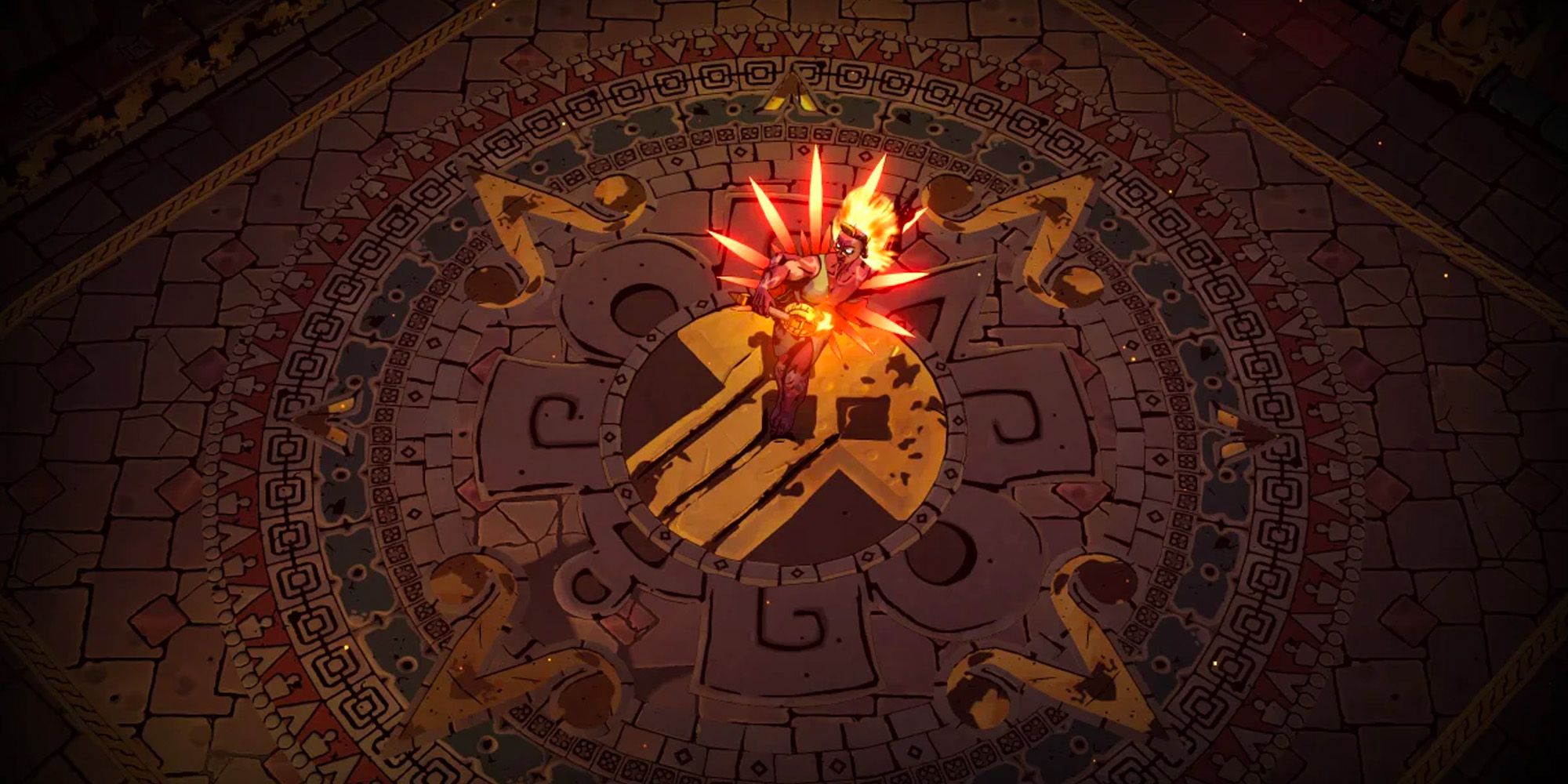 The Cursed Twins, Litz and Nepac, are the second Champion of the Jaguar Temple. The gimmick with this Champion is that there are two of them, and although it may seem intimidating to fight against both, you can rest assured knowing that you won’t actually battle them simultaneously. Instead, the twins will switch out every time their health drops by 25 percent.

The encounter begins with Litz, the Sun Twin. She has three attacks that you’ll have to be wary of; two direct mechanics and one that occurs once Litz is switching to her twin. The first attack is a summoning mechanic that spawns explosive beacons into the room. The attack cannot be canceled nor does it deal damage. However, her second attack is a whiplash that can strike twice and can explode a beacon upon hitting it. You can parry or dodge the whiplashes, but the move cannot be canceled. Her final attack occurs when she switches with her twin. Litz will create a corruption circle that can increase your corruption gauge and damages your health; furthermore, the corruption circle will make the remaining beacons explode.

The second twin, Nepac, is the Moon Twin, and he follows the same three attack patterns that his sister does. The difference is that Nepac’s attacks inflict corruption and damage your health. He also becomes untargetable and invisible between each attack. Nepac’s first attack is a dash that can stretch across the room depending on your location. His second attack is a dagger strike that will strike quickly three times and wind up for a fourth time. It’s possible to parry or dodge each strike and a successful parry will cancel the following strike. Finally, Nepac’s final attack happens when his health drops to 50 percent. He’ll stop moving and cast an explosion circle around him.

How To Beat The Cursed Twins 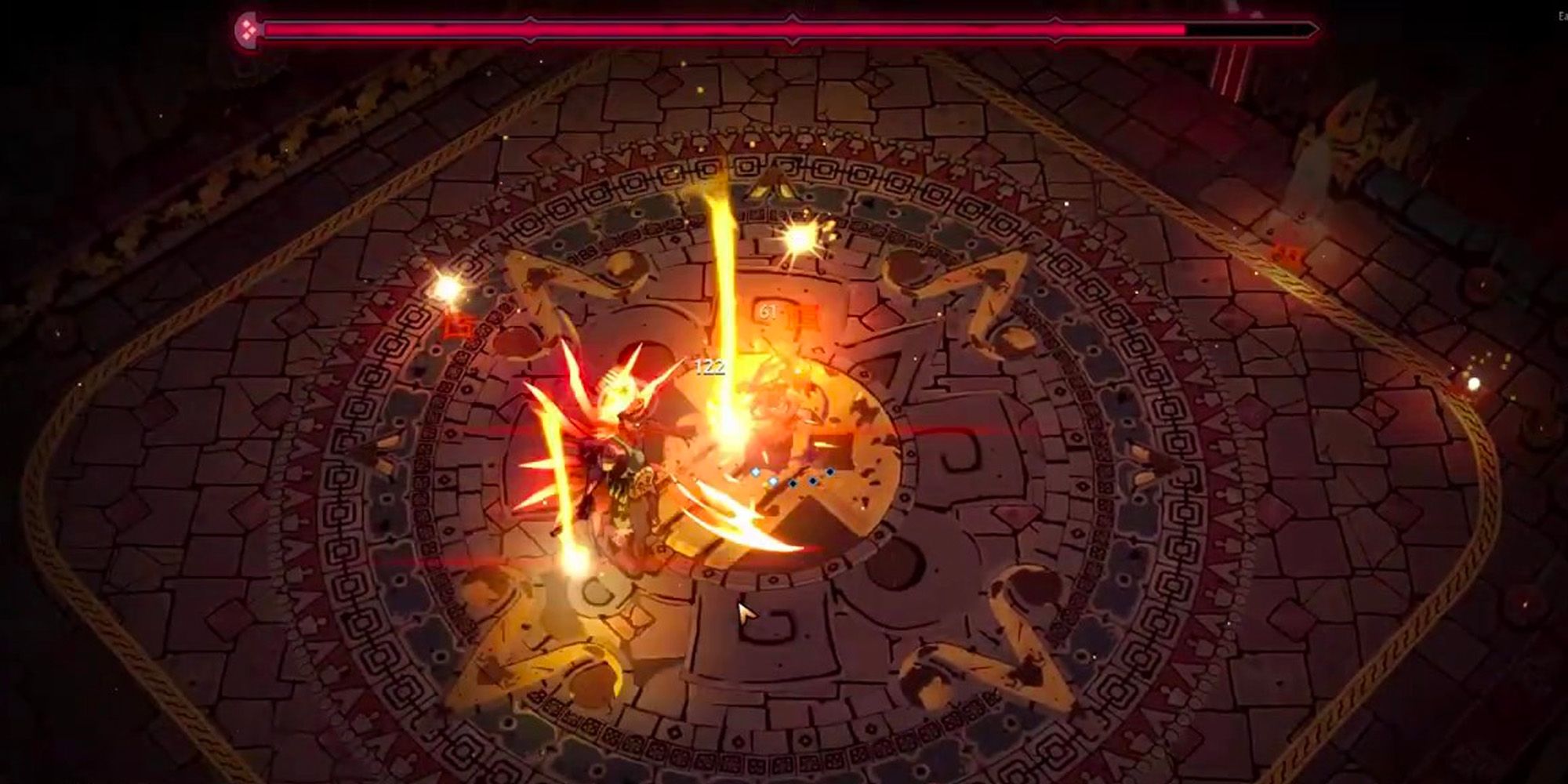 Taking down the Sun Twin is quite simple as long as you make sure to keep her beacons to a minimum. A good strategy is to choose a corner of the room to stay in during her fight. You can limit her real estate, clear out beacons, strike her, and have time to dodge her whiplashes.

On the other hand, the Moon Twin is a bit more complicated since he hits faster and harder than her. His dash is predictable so dodging is your best bet. As far as his strikes go, parrying the last one is the easiest but attempting to parry the earlier strikes will net you a high reward.

Remember that he does go invisible between attacks, and you can track his location with the smoke cloud that follows him.