PlayStation Plus is known for its amazing line-up of monthly games, and it has once again delivered a list of fantastic must-play games. One highlight is the roguelike hit known as Curse of The Dead Gods. Embrace the skill-based challenge found here as you explore a cruel, dark temple made of endless rooms and expansive corridors. However, your experience will be hindered by a dark twist – there are unique curses that completely change the way you approach each floor.

Like other games in the roguelike genre, Curse of The Dead Gods presents powerful opponents. Whether it be the Champions that will meet you halfway through your run or the deadly bosses that will knock you down at the end, you’ll face some obstacles in your journey. For instance, the Champion Xak’olchir, The Blood Hunter. 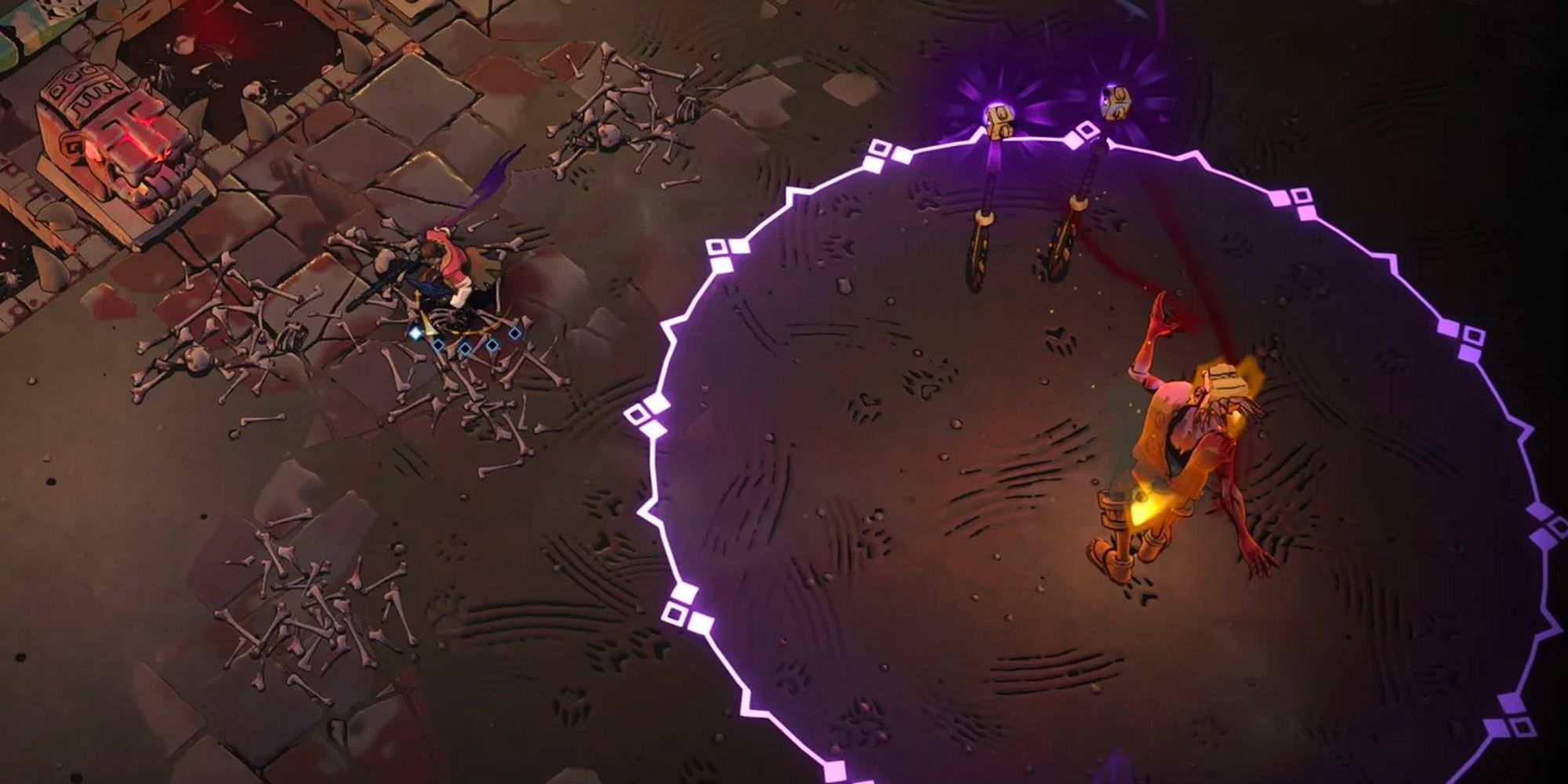 Xak’olchir, The Blood Hunter is the first champion of the Jaguar Temple, and as such he will be the first major threat that you’ll be up against. Every player can create a build of their liking, but one focusing on speed and evasion can give you the edge when it comes to this creature. That being said, you should play with a style that suits your needs. The true advantage comes from understanding Xak’olchir’s abilities and attack patterns.

Once you’re prepared and made it to the appropriate arena, your true challenge will commence. The Blood Hunter is a purple-skinned demon that controls a pack of jaguars capable of ripping you to shreds, and he uses two large javelins that can take a chunk of your health upon impact. This may seem menacing, but Xak’olchir only has two abilities that you have to keep track of.

The Blood Hunter has a summoning ability he uses at the beginning and periodically throughout the fight. Xak’olchir will thrust his javelins into the ground, causing dark energy to surround him, and summon a jaguar. The dark energy will fill your corruption bar if you stand in it, but it will also harm you. Furthermore, this attack can’t be interrupted or parried.

His second ability is a javelin throw. This throw is his only attack that will directly deal damage to you, and it is because of this limitation that it does considerable damage. The attack is identifiable by a charge meter that will point towards you until Xak’olchir throws it. This move is quick so dodging and parrying it will come down to lightning-fast reflexes. This ability cannot be interrupted.

How To Beat The Blood Hunter 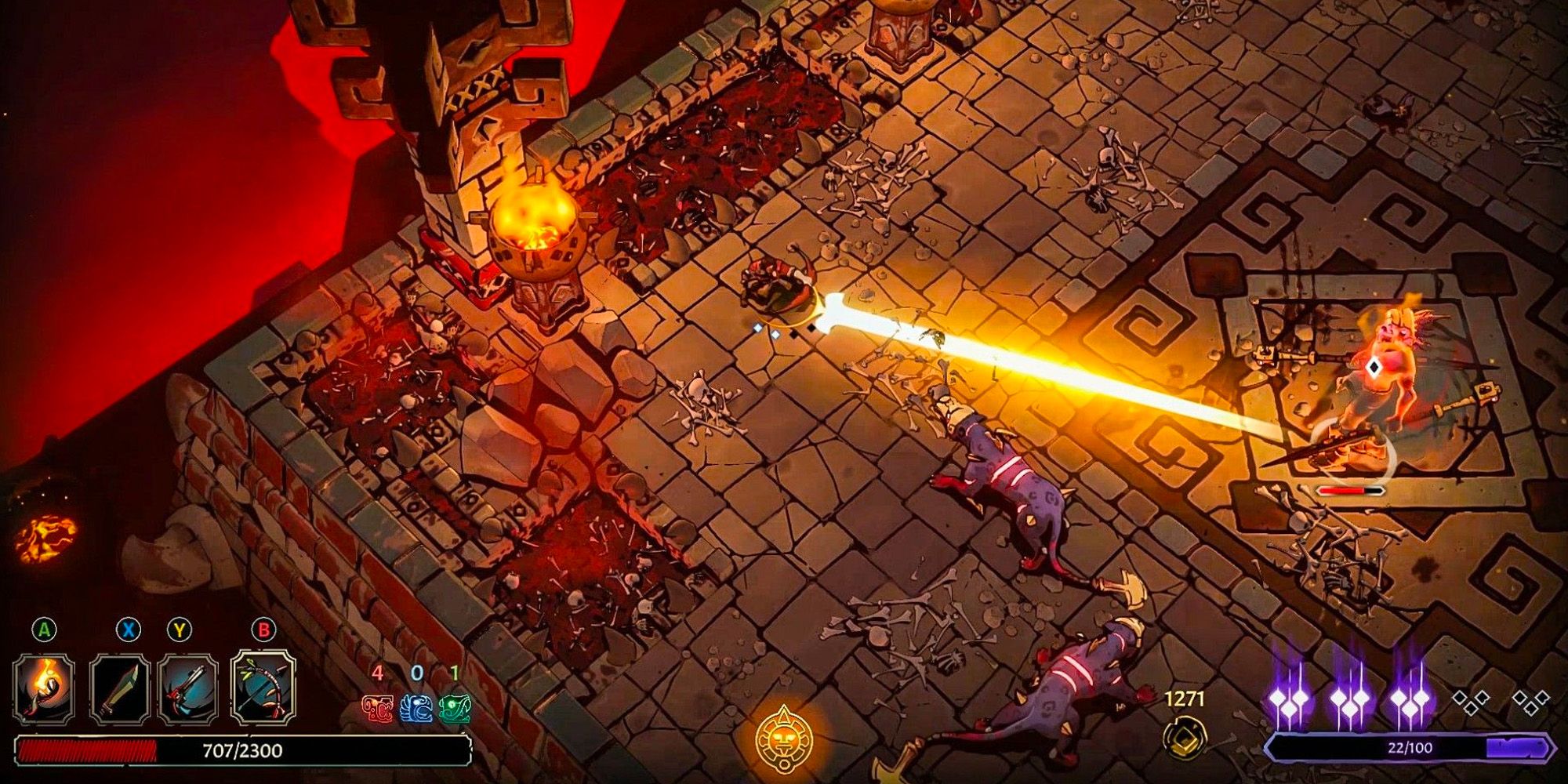 With those two abilities in mind, there are two main strategies to defeat Xak’olchir. You can either focus on defeating his jaguars as soon as they’re summoned and then chip away at his health or focus on taking The Blood hunter down first while dodging all of the jaguars’ attacks. Both methods can be quite difficult as you’d have to juggle numerous factors at once – so it comes down to what your personal preference is.

Either way, you’ll be dodging and parrying as much as possible. It is important to note that waiting to kill Xak’olchir and dealing with the jaguars first will reward you with a chance to pick up his spear as a reward. If it does drop, it can prove to be a powerful tool in your future fights.