Cyberpunk 2077 has a bunch of different weather effects – but you'd be forgiven for not knowing that. For whatever reason, it's always sunny in Night City. It rains at night sometimes, and the Badlands have the occasional storm, but it's rare that you get anything outside of that.

Thankfully, a fan has fixed that. A new mod released on Nexus Mods changes the way the game decides which weather effect you'll get – by making it mostly random. The mod will, however, ensure that you have every weather state in a seven day period, making the damage done to Night City's climate much more apparent.

The Weather Randomiser comes courtesy of Nexus user Halliphax2. It allows you to appreciate all the work the devs put into weather types you may have missed, including Night City sandstorms, pollution, fog, overcasts, and more. Which is pretty cool, because I'm 40 hours in and have never seen pollution. 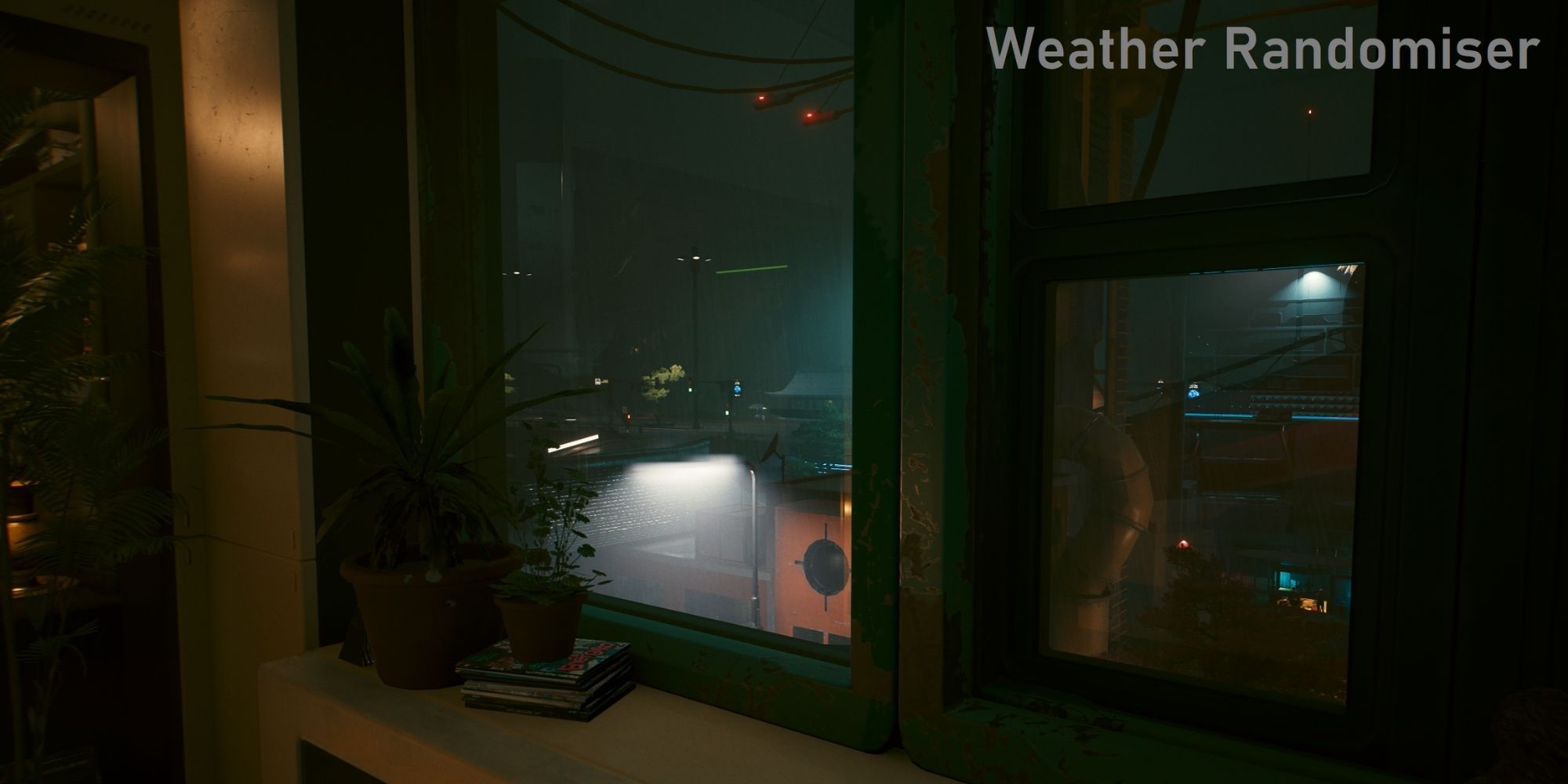 In the mod's description, the creator goes into detail explaining what the issue is in the vanilla game. "The game's weather system is based on a number of weather-to-weather transitions – the vanilla game has 18 of these transitions (split into only two "paths") which limit the possible weather type combinations", Halliphax2 says. "[This] makes ambient weather types (i.e cloudy) too rare and overall makes the entire weather system predictable."

If you're looking for another way to play with the base game's predictable weather pattern, you're in luck. As well as complaining about the lack of variety, some feel that it simply rains too much in Night City – especially in future California, which is meant to be hit bad by the effects of climate change. Another modder altered the weather system to reflect this, drawing inspiration from what scientists believe will actually happen to the area in the 2070s. This means a lot of clouds, high temperatures, and nowhere near enough water to survive.