Cyberpunk 2077 has received a lot of deserved criticism. It launched in a broken state, made even worse by a marketing cycle filled with lies and a gameplay experience that never once lived up to the groundbreaking and defining RPG we were promised time and time again from CD Projekt Red.

The launch of its next-gen update was met with a whimper, making it clear that it was far too late to make an epic comeback given all of Cyberpunk 2077’s past mistakes. But beneath all the controversy and shortcomings sits a game I still admire, even if I have to look past so many inconsistencies in order to appreciate the brilliance within.

I’ve touched on this in other pieces before, but the dialogue system in Cyberpunk 2077 is rather innovative, offering a simplistic yet direct method of communication that makes it feel like we sit at the centre of each and every conversation. Whether we’re talking with a shopkeeper in one of Night City’s many businesses or laying out a life-or-death plan with fixers like Dexter DeShawn, it always feels like what V has to say matters. Of course you’ll still stumble across instances where exchanges freeze as you’re given all the time in the world to select a response, but these are always in situations that themselves feel passive, often designed to accommodate exposition instead of moving the wider narrative forward. In other situations, such as the infiltration of Konpeki Plaza, you are constantly offered timed dialogue options that will change your character’s outward personality and how those around them will react. It feels real, and that matters.

Your final moments with Jackie can be filled with angry resentment or soft comfort, and Cyberpunk 2077 provides us with the freedom to interpret the meaning behind these conversations ourselves instead of being spoon-fed the intention of every single available option. This is especially refreshing off the back of games like Horizon Forbidden West, and more reminiscent of the RPG experience CD Projekt Red is trying so hard to flaunt. It builds upon the ambiguous nature of Geralt’s approach to speech in The Witcher 3: Wild Hunt. You aren’t progressing conversations on a strict moral path, but instead picking whatever feels true to your character and the world around you. For a Witcher, money is often the main goal aside from our central quest of tracking down Ciri, so Geralt can choose to be spiteful and callous in service of his own monetary gain instead of showing empathy for those around him. He’s a cold-blooded killer when the situation calls for it, and that’s rad as hell.

Cyberpunk does the same, with your interpretation of the protagonist hailing from a distinct background with their own motivations. Given the game’s limited options when it comes to backstories you must fill in the blanks yourselves, but that’s part of the fun. V begins as an edgy mercenary who takes no shit from anybody, but you can craft them into someone who is strangely caring given their background or forever hostile in the face of society. There’s more than enough wiggle room to make them your own, and that’s constantly facilitated by a dialogue system that never takes you out of the action. The first-person perspective works wonders in this context, allowing you to be reactive and constant instead of shifting camera angles seeking to depict the conversation in a way that feels out of our control. 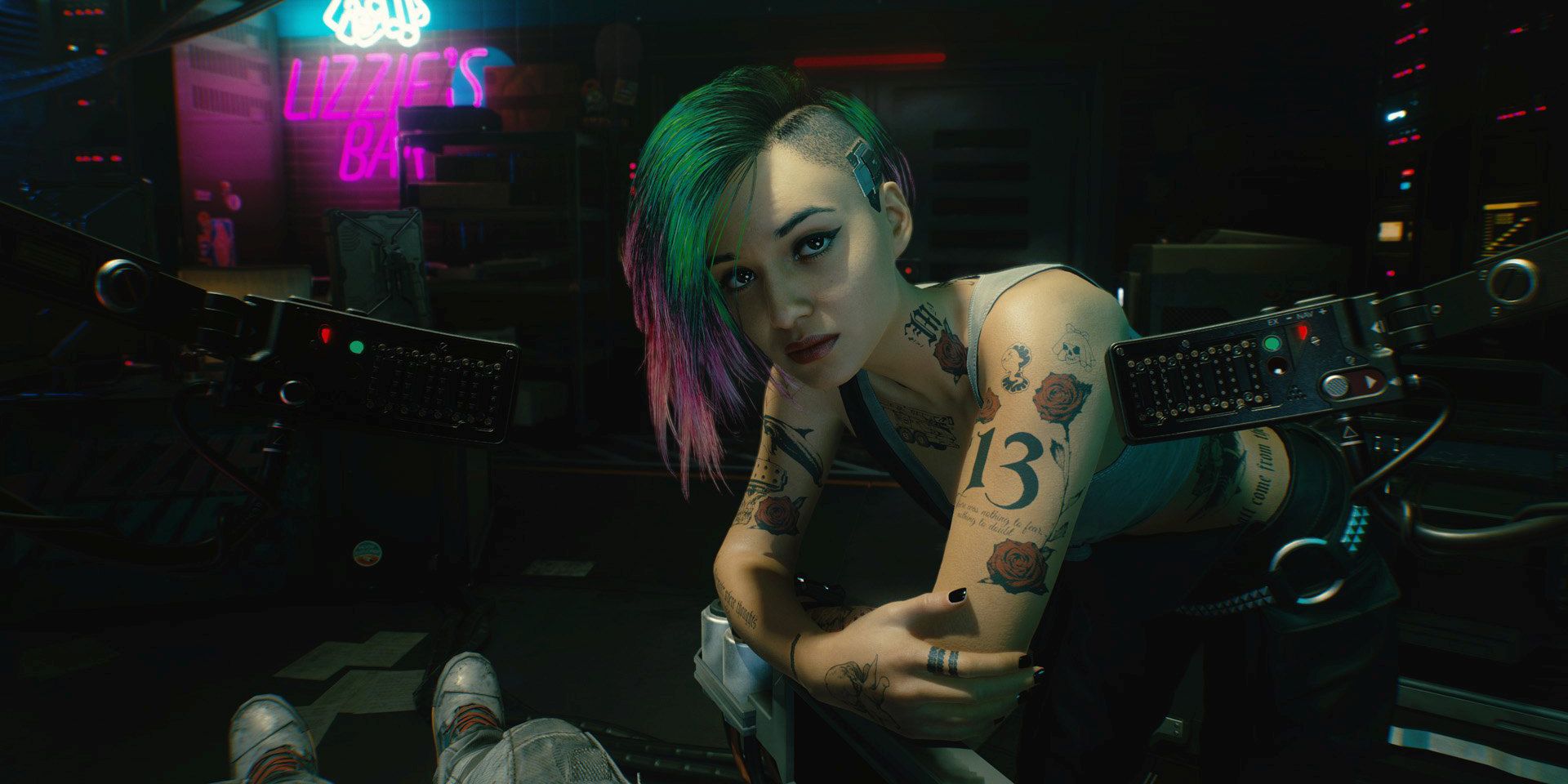 It’s also more intimate when it comes to building romantic relationships with Judy and Panam, with the game’s quieter moments easily being its best. Gunplay is serviceable and the progression system – even after so many updates – leaves a lot to be desired, with many of Cyberpunk 2077’s highlights coming in the form of heartfelt exchanges between your favourite characters. For a few brief moments you can leave dystopia behind and strive for something better, finding a semblance of humanity in a society that has long left such qualities behind. Every word here counts, dialogue that allows this nuance to be explored without compromise really matters.

Not enough people talk about it, and I can’t blame them given the problematic game it resides within. If you decide to give Cyberpunk 2077 a chance in the future or dip back in for another playthrough, try and put the dialogue system through its paces. You’ll find a method of conversation that so many other open world games could learn from.