Throughout the entire Danganronpa series and the various killing games that encompass it, everything can be traced back to a surprisingly short series of events, which in turn was instigated by a single high school student. Through a series of calculated moves, this individual was able to set off the chain of events that would engulf the entire world in The Biggest, Most Awful, Most Tragic Event in Human History, also known simply as "The Tragedy."

What kind of high school student would be capable of such a thing? And how could just a few moves plunge the entire world into unmitigated chaos? Let's see if we can trace back the roots of the Tragedy to determine where everything went horribly wrong.

Please be aware that we'll be getting into major spoilers for nearly every Danganronpa game. 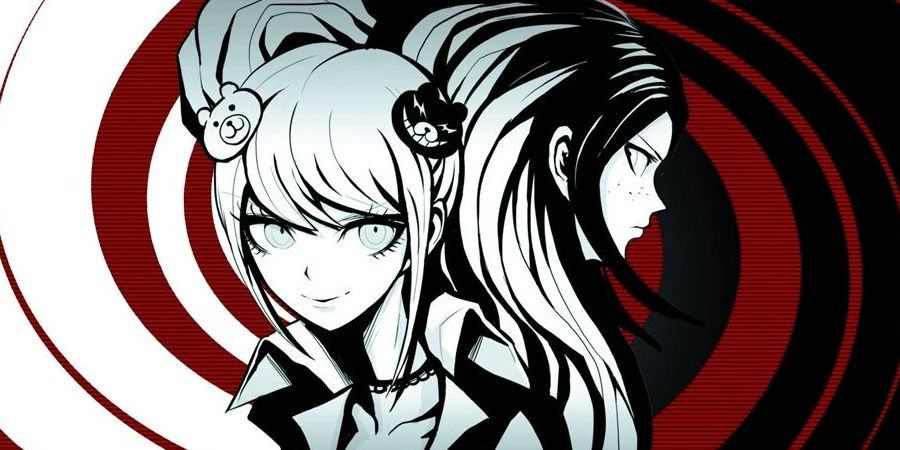 The impetus of the Tragedy can all be traced back to a single individual, a high school girl named Junko Enoshima. Not much is known about Junko from before her teenage years. According to Junko herself, she and her sister, Mukuro Ikusaba, were born and raised in extremely poor conditions. She has claimed that, from the moment she was born, she knew her existence was a mistake, though this is likely an exaggeration.

The likely truth of the matter lay in Junko's borderline supernatural talent for reading people and the world. With her analytical prowess, Junko was able to discern the outcomes of most events well before they happened, which instilled in her a permanent ennui. This is what gave rise to her obsession with the concept of despair, as despair is generally sudden and unpredictable.

The older Junko got, the more this obsession grew, to the point that Junko desired to fill the entire world with despair, so she would never be bored again. Using her analytical skills, which branched out into a talent for manipulating people, Junko became a world-famous fashionista, traveling the world and quietly sewing the seeds of despair wherever she went. However, she had her sights set on a bigger prize. 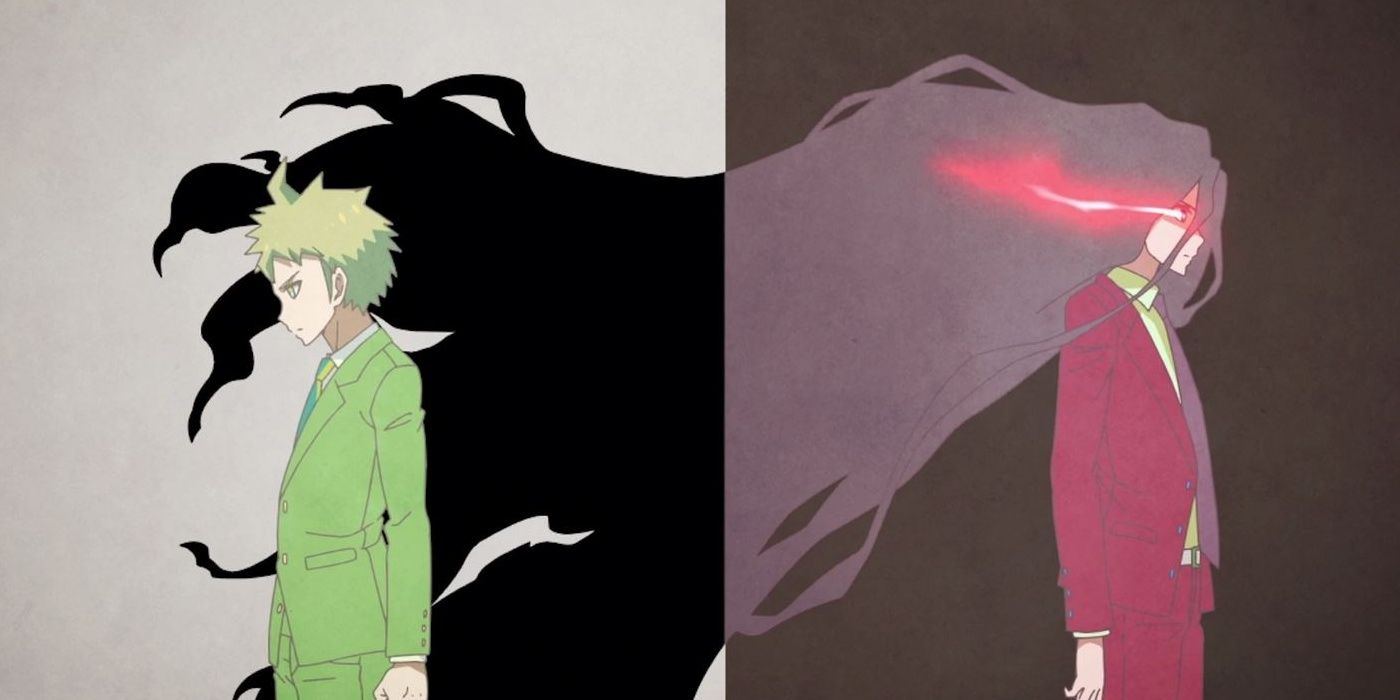 Meanwhile, the prestigious Hope's Peak Academy had encountered a severe financing problem. The school prided itself on the research of young talent, all with the end goal of fostering enduring hope in the world. The problem is that, as a highly selective academy, they didn't actually have many students, which meant not nearly enough funds to conduct their talent research. To remedy this, Hope's Peak opened the Reserve Course, a secondary school that would admit ordinary high school students through an aptitude test and a sizable tuition payment. This gave the board all the money they need to resume their research, as well as a convenient source of test subjects should the need arise.

Enter young Hajime Hinata, a Reserve Course student who had idolized Hope's Peak. Hajime originally lived pretty quietly among the Reserve Course student body, but after a chance encounter with some members of the 77th Class of the main course, his idolization grew further, to the point that he would do anything to be talented like them. This was why he volunteered for Hope's Peak's top-secret project to artificially create a true genius: the Izuru Kamakura project.

Through a variety of extremely invasive procedures, Hope's Peak researchers buried Hajime's personality, all while instilling him with every talent imaginable. It was at this moment that Hajime died, and Izuru Kamakura, named after the academy's founder, was born.

The Tragedy Of Hope's Peak Academy 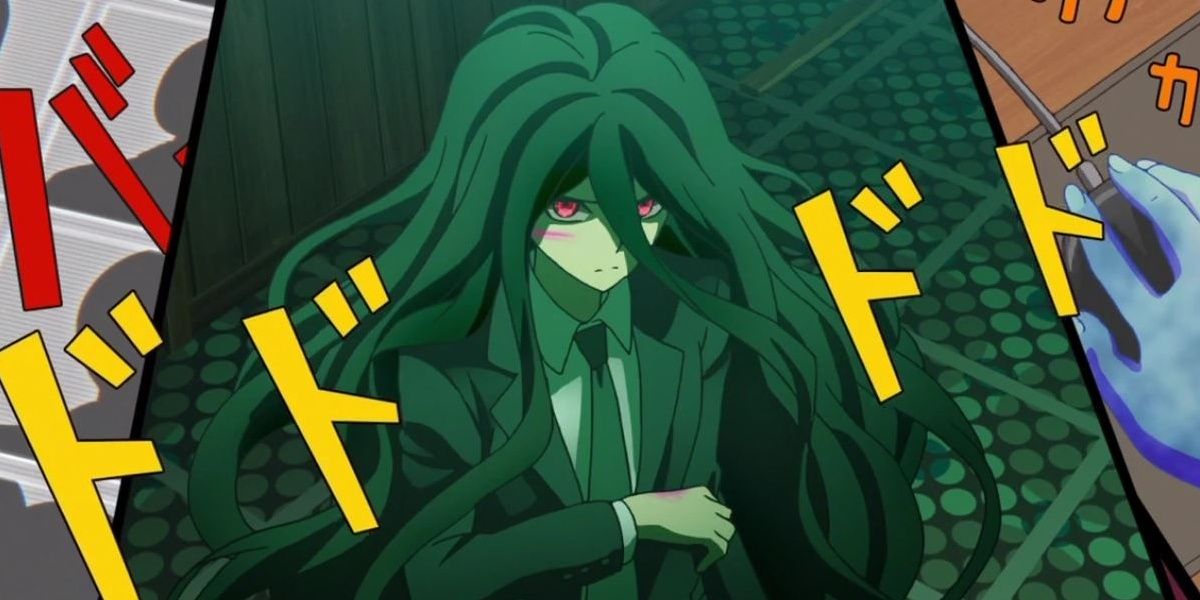 In the interest of fostering despair, Junko infiltrated Hope's Peak in search of opportunities to wreak havoc. By chance, she stumbled upon documents outlining the Izuru Kamakura project, and eventually found the man himself in an isolated cell. In the process of Izuru's creation, the researchers made a fatal mistake: they removed his sense of empathy. Burdened by infinite talent and no ability to connect with others, Izuru experienced a state of ennui not dissimilar to Junko's, which is how she was able to conscript him to her cause.

The first step of Junko's master plan was to utilize Izuru to commit various atrocities. To this end, she gathered the Hope's Peak Student Council and forced them into a prototype killing game where they were forced to kill each other to save themselves. The last survivor of this game was killed by Izuru in self-defense, which was captured on film by Junko.

For step two, Junko enlisted the aid of the Ultimate Animator, Ryota Mitarai. Mitarai was skilled in the use of subliminal messaging to improve the quality of his homemade anime, which Junko used to transform the footage of the Student Council's Killing Game into a brainwashing video. Anyone who saw this video would have their perception warped, making them just as hungry for despair as Junko herself. 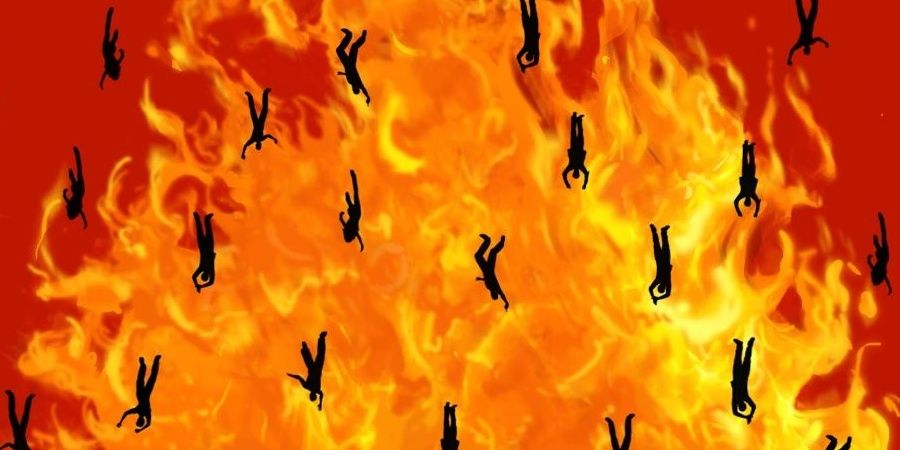 Armed with these components and Izuru's aid, Junko put her plan into action. First, through a series of deceptions, Junko was able to capture Class 77-B of the main course and force them to watch the brainwashing video, turning them into her minions. Secondly, Junko circulated the original, unedited footage of the Killing Game to the Reserve Course, particularly the moment that Izuru killed someone, along with the details of the Izuru Kamakura project.

With a bit of obfuscation, Junko made the entire Reserve Course believe that their tuition fees had been used to deliberately engineer a murderer. The students of the Reserve Course stormed the main grounds of Hope's Peak in outrage, destroying property and causing numerous casualties.

When the chaos reached a fever pitch, Junko sent the brainwashing video to the phones of every Reserve Course student, forcing them to jump from the roofs of Hope's Peak in a mass suicide. This incident would collectively come to be known as "The Parade" in an effort to downplay its severity. 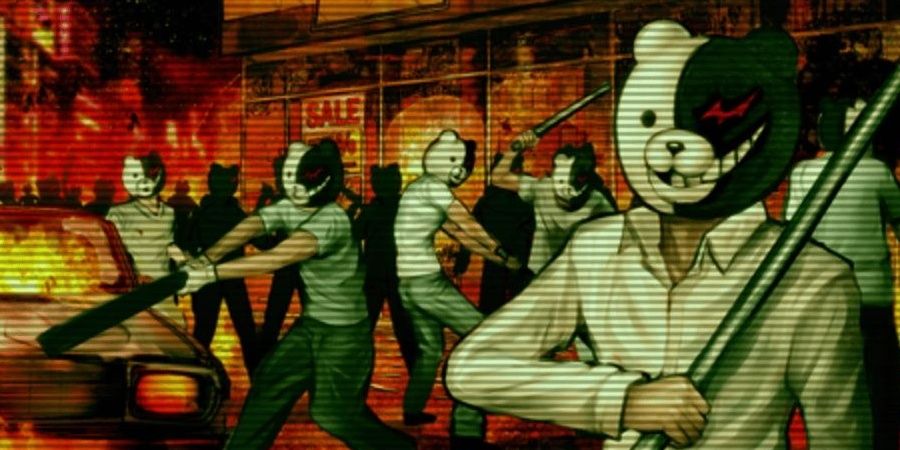 Unfortunately, due to the works of Junko and her newly-acquired minions, the full scale of the incident swiftly circulated across the internet and the world. This led to a series of large-scale protests, first against Hope's Peak, then against the Japanese government, then against international governments, and then against the very concept of society itself. Along the way, Junko, Class 77-B, and numerous other agents acting on their behalf continued to subtly stoke the flames of discontent, sparking conflict wherever they could for any reason they could. The unrest gradually spiraled, infecting the entire world with despair. It was at this point that the Tragedy was officially in full swing and mankind suffered seemingly endless despair as a result.

Eventually, it was decided by the Hope's Peak board (or at least what was left of it) that the remaining students needed to be protected in order to secure mankind's future. As such, the 78th Class volunteered to be sealed inside the school, which was converted into an impregnable protective shelter. Unfortunately for them, Junko and Mukuro had infiltrated the 78th Class as the Ultimate Fashionista and Ultimate Soldier, respectively, and set about taking over the entire operation to stage the next Killing Game.

Setting up the security cameras to broadcast to the outside world, Junko sought to snuff out the world's hope once and for all, and ensure her despair-filled paradise would be eternal. Of course, she lost in the end, but even without her active presence, it would still take a long time and many more tragedies before the world could finally recover from the despair she inflicted upon it.