Though FromSoftware has been making dark and unsettling games for decades, it wasn't until the release of Dark Souls that it gained mainstream appeal internationally. Since its release, Dark Souls has become unavoidable just as much for its gameplay as for its world-building.

As with all things Dark Souls, many things can seem abstract at first until you manage to piece together the various pieces of lore to give yourself a greater picture. In what is undeniably an active choice in lore, much of the Age of Ancients is seen only in the opening cinematic, but there is plenty more to it once it's all been stitched together.

When The World Was Grey 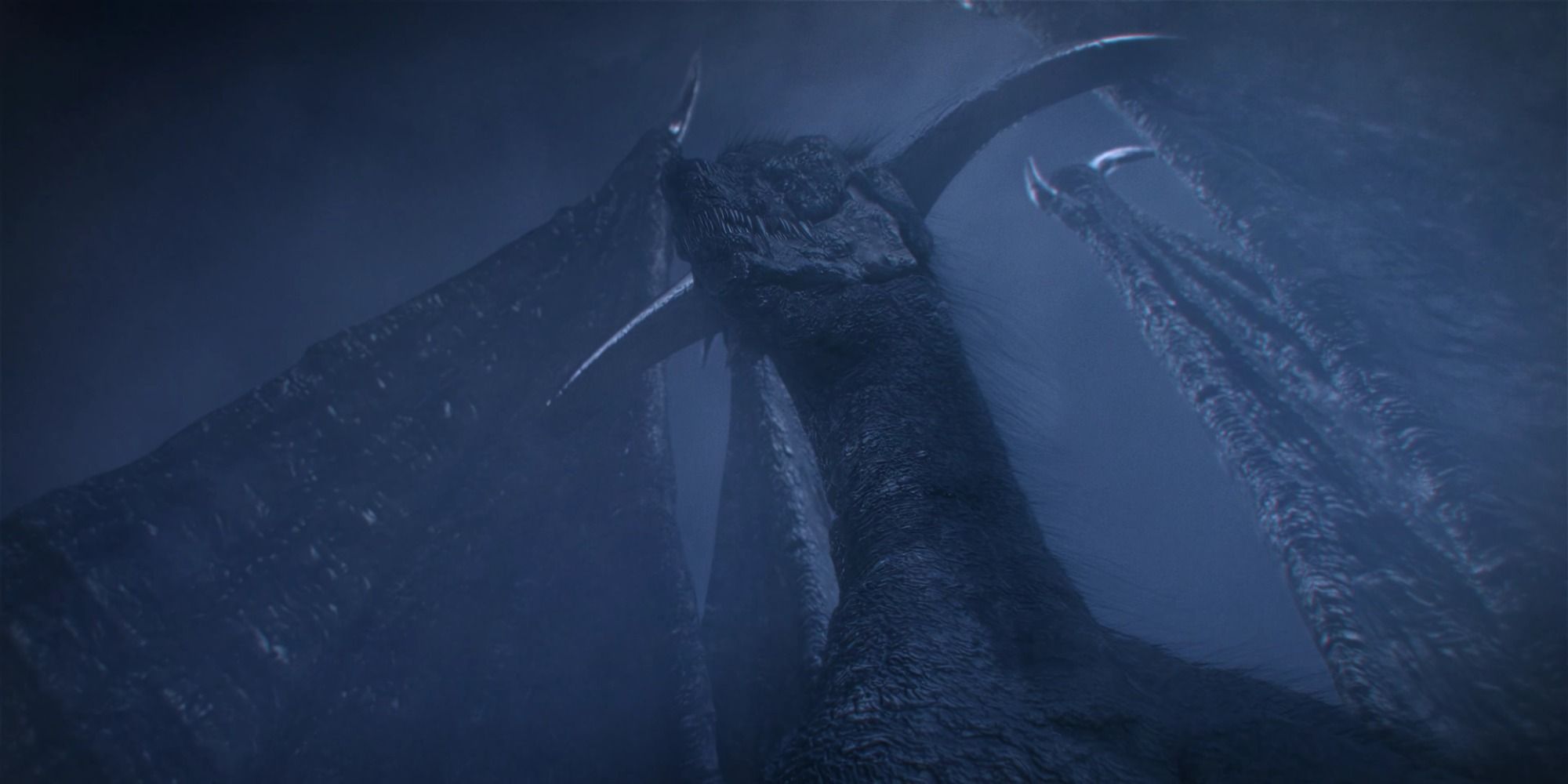 During the events of Dark Souls, the world is already in the Age of Fire, though it is on its last legs as the simmering embers of the First Flame are fading. The world did not always have Flame, however, and this is what the opening cinematic depicts. In fact, the world was a dramatically different place altogether before the fire.

For one, the world was inhabited only by dragons, though not the dragons we see in most of the game. Those dragons are paltry remains of what once ruled the world. The Everlasting Dragons called the planet their dominion, with no other beings in existence to defy them. Though almost every Everlasting Dragon was defeated, the lone survivor can be found at the bottom of the fantastical Ash Lake. Even when cutting off its tail it does not react, a testament to the raw power that such a severance means nothing to them.

Ash Lake being its final domain makes sense, however. In the Age of Ancients, the world was grey, and as we see from the opening cinematic, covered in Arch Trees. Ash Lake is itself a remnant of what the world looked like before flame, where Arch Trees were the only notable flora to be found.

Though not initially depicted, it is implied that Seath the Scaleless was essential in defeating the Everlasting Dragons. This was achieved through his theft of the Primordial Crystal, which granted him immortality. As such, one can assume this same crystal, or others like it, is what granted the Everlasting Dragons their immense power alongside their immortal scales.

A final, and deeply important point, is that the Age of Ancients was not dark, nor light. It truly was grey, a place of pure neutrality. It is the First Flame that brought light to this realm, and dark with it. 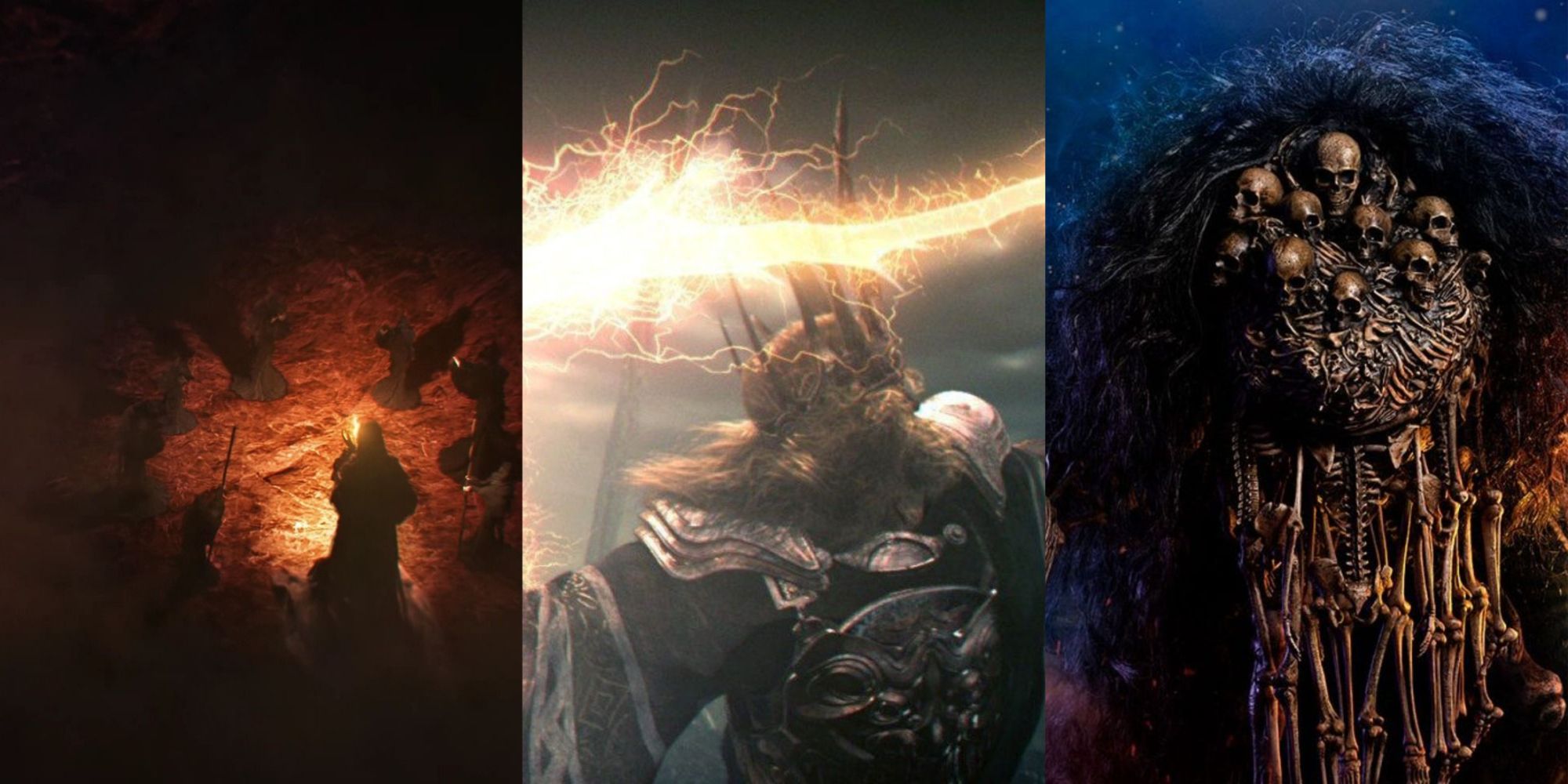 The Age of Ancients can occur only once. Dark Souls functions cyclically, though ever since the discovery of the First Flame, the world instead shifts between light and dark, rather than descending into grey once again. Once the light was birthed, it could never be forgotten. It took multiple people to bring this drastic change into existence.

The first was Gravelore Nito, Lord of the Dead. He was the first to be granted a soul from the First Flame. With it, he could manifest death and used this power in the battle against the Everlasting Dragons. As such, he came to symbolise death in the world that came afterwards, and used this power to administer death in the world he helped create.

The next was the Witch of Izalith and her daughters. She came to directly use the fire of the First Flame, creating raging firestorms to defeat the Everlasting Dragons. In the new world of light, she and her daughters returned to their home of Izalith, though became consumed by the flame. When it first started to fade, they sought to create a new flame, though instead created the volatile Bed of Chaos, something that only spurred the world's destruction on even faster.

Then came Gwyn. Like a miracle, he used bolts of lightning from the very sky to shave the Everlasting Dragons to dust. Afterwards, he ruled in the world of light from his throne in Anor Londo as a being treated as a god. However, when the fire began to dwindle, he spent his remaining time by its side in hopes of reigniting it, ultimately losing the very soul the First Flame gave him, loving his beloved capital in darkness.

Finally, and most limitedly, was the Furtive Pygmy. As the name implies, there is next to nought known of them. They never once appear in the game and are only given scant fragments of lore throughout the series. However, of the three Lord Souls discovered their counterparts, the Furtive Pygmy found the Dark Soul. Rather than keeping this power for themselves, they instead chose to split it to become the vestiges of Humanity, that which would birth the Soul of man.

However, it was not just those who discovered the First Flame that rebelled against the Everlasting Dragons. Seath was a fellow dragon, though was born Scaleless. As a result, he lacked the immortality of his fellow Everlasting Dragons and envied them greatly. As a result, he betrayed them to the followers of the First Flame and was granted great rewards in the Age of Fire. Chief amongst them was endless resources to study crystals, including the very Primordial Crystal that granted him his own immortality.

The Discovery Of The First Flame 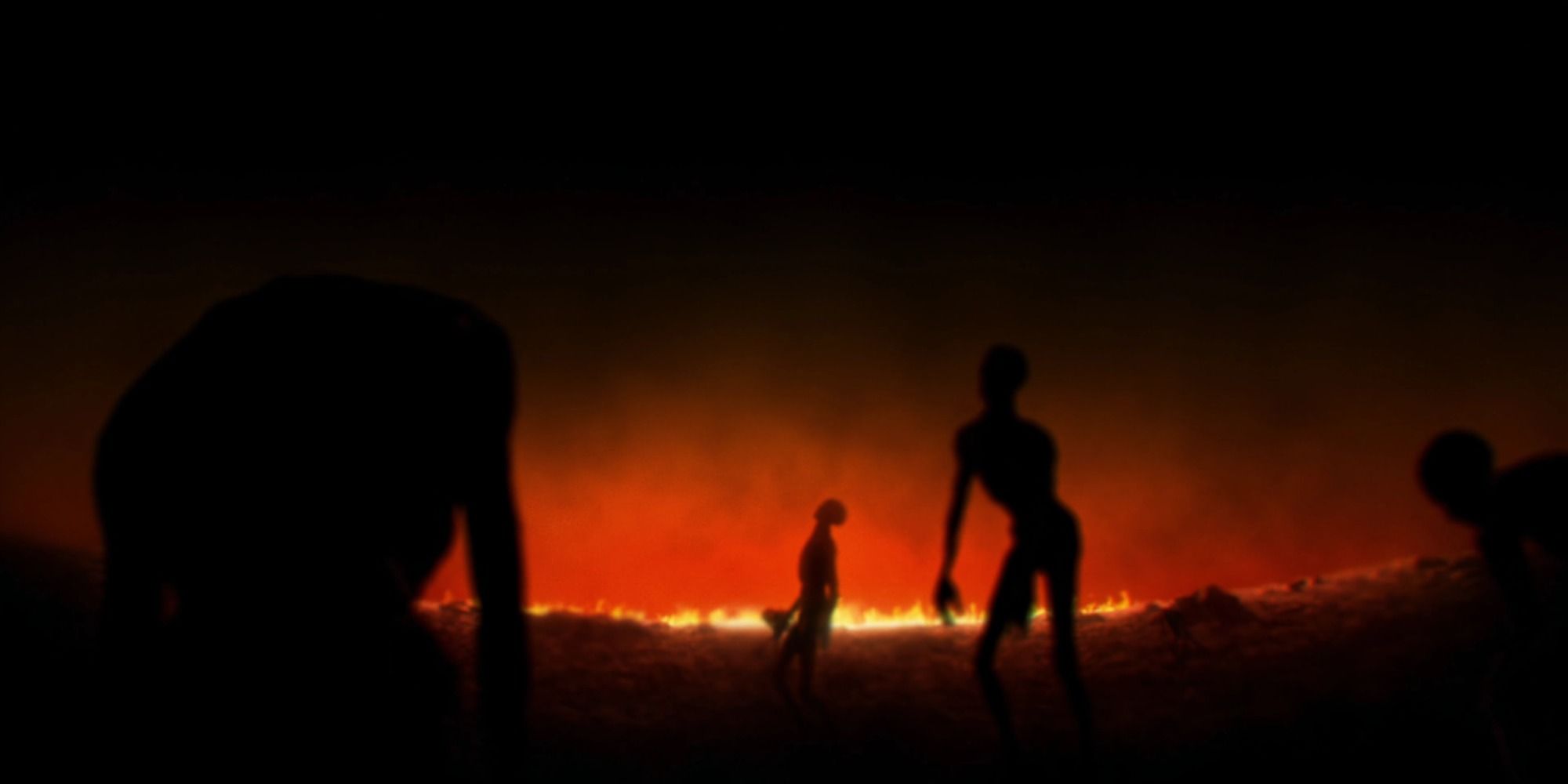 Tantamount to everything, however, is the First Flame itself. There is no knowledge as to precisely how or when the flame came into being. Did the dragons create it? Was it a natural phenomenon? Is it the natural result of an Arch Tree at the end of its life? Though unknown, it is irrelevant to its power.

When the First Flame came into existence, it brought with it Light and Dark, a heretofore unheard-of concept. And from that darkness, Hollows arose. 'Hollows' as a term is one frequently thrown around in Dark Souls, though can be hard to wrap your head around. In short, they are simply beings. Not Humans or even strictly undead, but a simple existence. Gwyn, Nito and the Witch of Izalith were all Hollows, and discovered the Lord Souls at the First Flame that transformed them into the godly beings they became.

This disparity between Light and Dark, Hollow and Soulful, is what gave the push to defeat the Everlasting Dragons and their world of grey. The Furtive Pygmy was different, however. Their Lord Soul was unusual, the Dark Soul. They chose not to take it all for themselves. They created something different altogether. 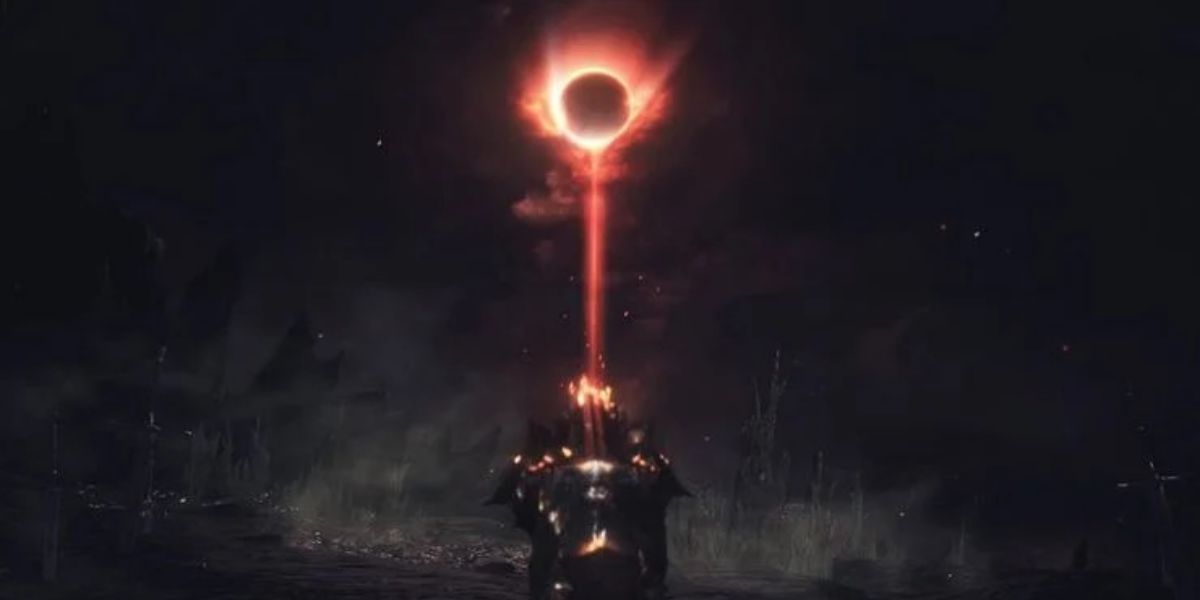 The Dark Soul is a complicated concept. Other Lord Souls are easier to understand. A single or small number of beings took them, and so were ascended beyond Hollows. That soul makes them immortal in a way and makes them who they are. The Dark Soul should have been no different, but the Furtive Pygmy chose to spread it among all the Hollows.

With it, he created the wispy black fragments of Humanity, that which gave Hollows true meaning, and spread his Lord Soul among his fellow pygmies to extend their lives. As such, the Dark Soul became splintered unlike any other Lord Soul, making it next to impossible to find in a complete way.

Though it goes largely unrecorded by his other Lords, these humans were essential in the war against the Everlasting Dragons, and are likely the only reason the world can truly keep on going. The Dark Soul gave Light to Hollows, uplifting them from the Dark. In an ironic twist, they are some of the only beings that can truly exist in the dark due to the gift of Humanity, a concept none of the fellow Lord Souls share. It is something even the Everlasting Dragons cannot surpass. True immortality comes in cycles.

A very important aspect here is that 'Humanity' and 'Souls' are very specific, literal things in the world of Dark Souls, and should be interpreted by their definitions, rather than real-world equivalents

The End Of Ancients, And The Birth of Fire 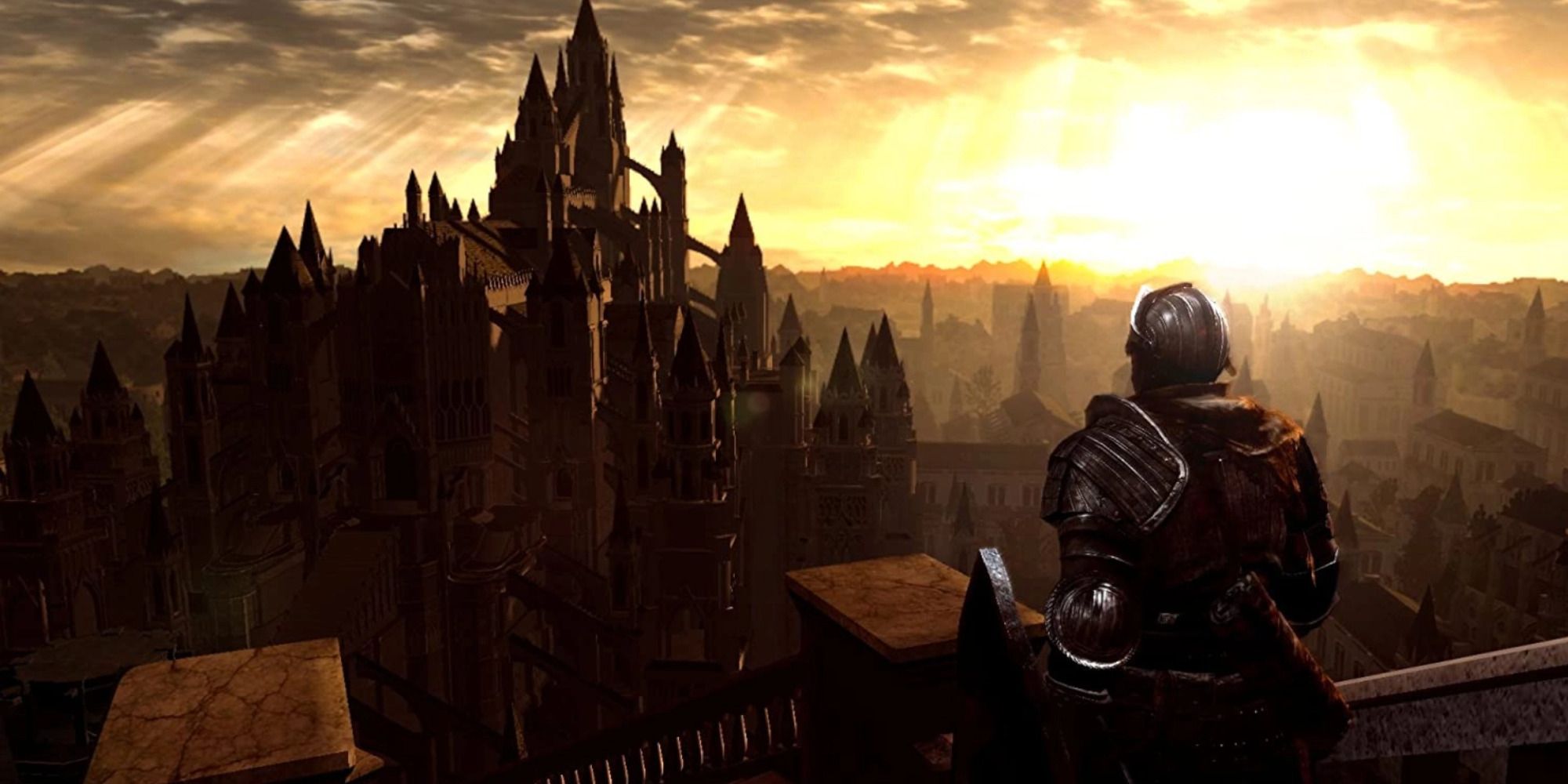 It is unknown how long their war lasted, but the followers of Flame emerged victorious and built themselves a world fit for fire. In it, they each served a purpose. Nito represented Life and Death. From his tomb, he would preserve the natural flow of life in a world forced into existence. The Witches of Izalith came to harness Heat and Cold and came to manage the flame from Izalith, though it was quickly lost due to their own hubris in creating a new flame. Gwyn settled at Anor Londo and fashioned himself as a god, and built himself a royal family. Seath the Scaleless was even granted a portion of Gwyn's own Lord Soul as a show of respect.

The Furtive Pygmy disappeared from history. Either they were wiped from it by the fellow Lord Souls, or they simply faded into the masses of Humans. Humans were reviled in many regards by the Lords, lacking the power to be their equal but having perpetuity they lacked. The final followers of the Furtive Pygmy were granted the Ringed City, though the remainder of Humanity was cursed with the Darksign, likely by Gwyn.

This meant that upon death, they became Undead rather than simply passing on. Though this curse was asserted as a means to control Humans, it instead gave them the eternal means to challenge the Flame.

The world would never again know an Age of Ancients, as it was now locked in a cycle between Light and Dark eternally.