There are plenty of sad stories that have come out of the Dark Souls universe, and the tale of Knight Artorias is maybe one of the saddest. It's said that he was a noble hero who bravely fought against The Abyss. However, we don't really get to see that as our only encounter with him is as a boss during Dark Souls' sole DLC that bears his name, Artorias Of The Abyss. And when we do run into him, he seems less like a heroic knight and more like someone who's hellbent on utterly obliterating us.

So what happened to this knight? How did he go from a hero to a sword-wielding executioner? Well, like most great fantasy stories, Artorias' downfall involves a sense of duty, failure, and self-sacrifice. 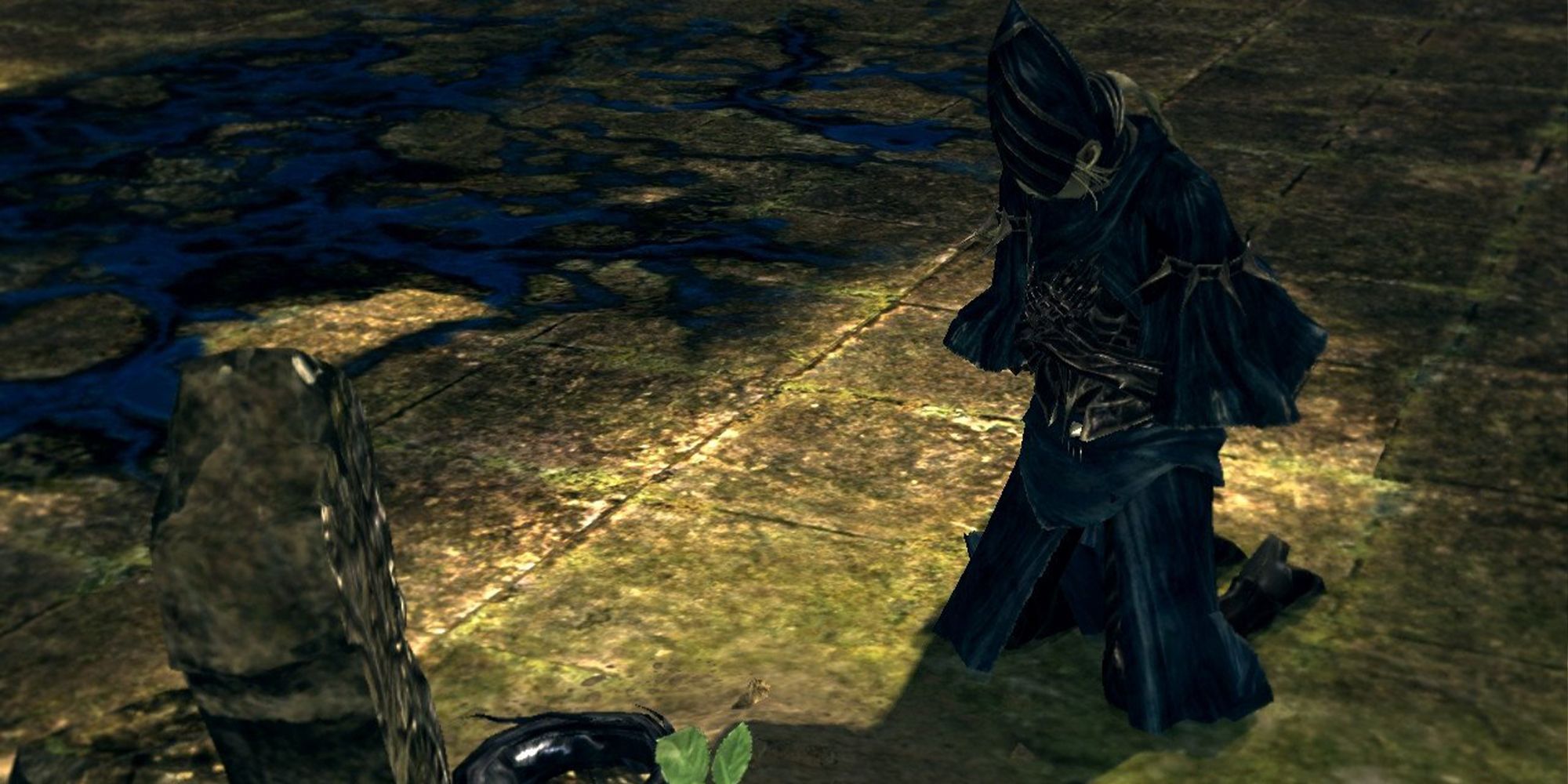 Artorias was one of the Four Knights Of Gwyn, which was a group that also included infamous Dark Souls boss Dragonslayer Ornstein; giant bow-wielding archer and wood carving aficionado, Hawkeye Gough; and the assassin as well as a possible love interest of Artorias, Lord's Blade Ciaron. Of these four, we only meet Ornstein in the base game as he's the last surviving member of this team during the events of Dark Souls. It's only when we travel back to the past during the Artorias Of The Abyss DLC that we get to meet the other three knights including Artorias himself.

By the time The Chosen Undead begins their journey through the ruined kingdom of Lordan, Knight Artorias is already long dead. All that remains of him are the legends of his heroism. It is known that he was an expert swordsman and that he was one of the few who dared to stand up against the imposing threat of The Abyss. He fought the Darkwraiths that spawned from there and was even able to learn how to travel through The Abyss itself to bring the fight to it. This is why he was known as Artorias the Abysswalker

Although he had another title as well. Artorias was sometimes known as the Wolf Knight, which was a result of his close kinship with a giant wolf named Sif. As most Dark Souls players are aware, you encounter Sif once you reach Darkroot Garden. You find her guarding Artorias' grave before you're forced to engage this loyal companion in a truly depressing boss battle. Once you win, you gain the Covenant Of Artorias ring, the very item that allowed him to traverse freely through the Abyss. The ring's description states the following:

This ring symbolizes Knight Artorias' covenant with the beasts of the Abyss.

Its wearer, like Artorias himself, can traverse the abyss.

It's not made clear which beasts granted Artorias this covenant nor does it state how or why this happened. We just know that this was the same ring that he took when he went to the land of Oolacile.

Artorias' quest to Oolacile is his most enduring legend. Along with Sif, he set out to rescue a character named Princess Dusk who had been captured by a beast from The Abyss. He would not survive this mission, but he would rescue the princess and somehow delay the spread of The Abyss. This is what earned him his status as a legendary hero.

However, in typical Dark Souls fashion, this tale is not what it seems. Upon traveling back in time to reach Oolacile, you soon discover that this story has a much more tragic ending.

The False Legend Of Artorias 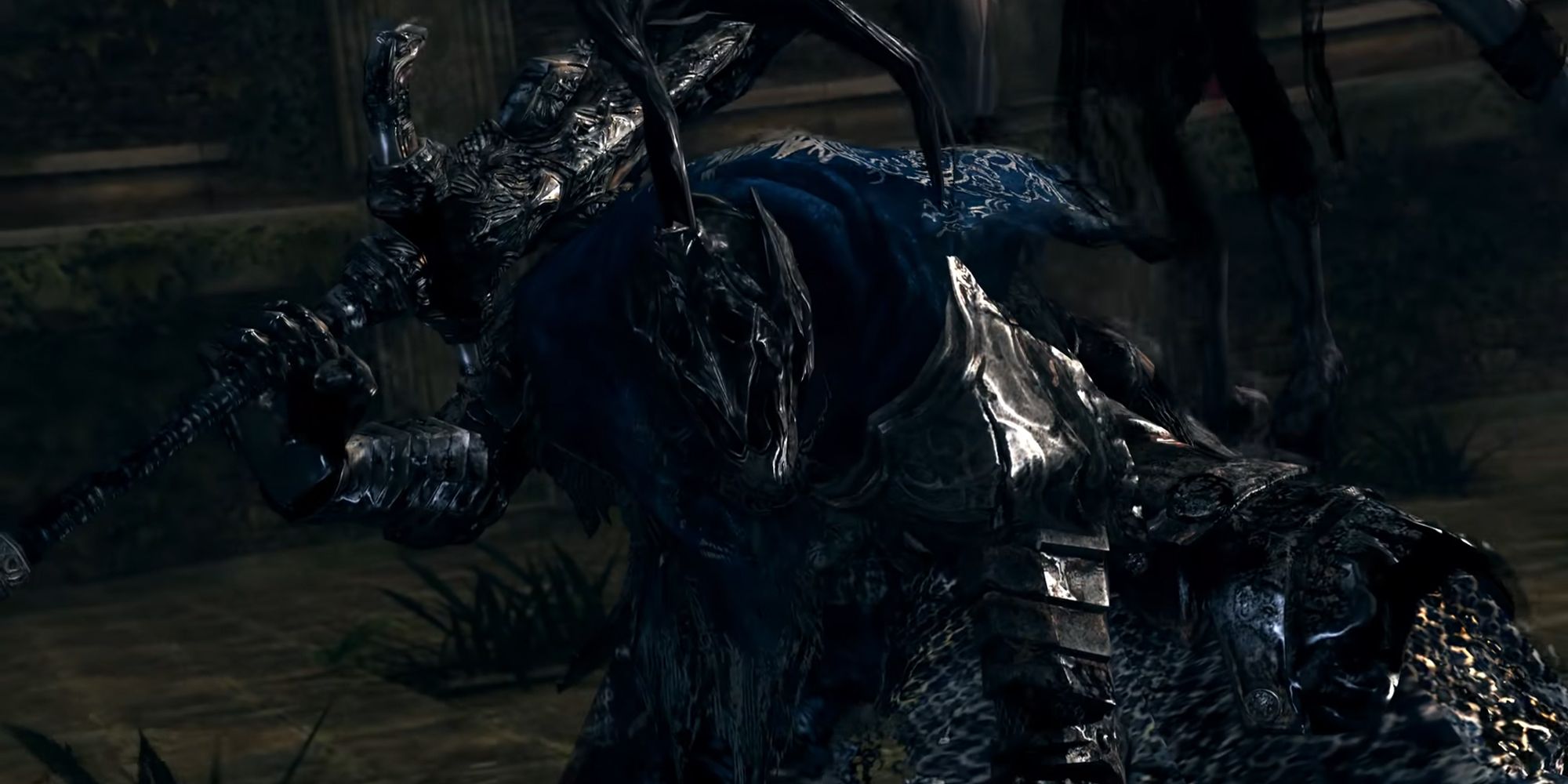 Given how legendary Artorias is, your first and only meeting with him is quite shocking. You run into him relatively early on in the DLC, and he's almost unrecognizable as the hero he was said to be. Instead of a noble knight, he's a mindless, hulking beast infected with dark energy. He also seems to only have one good arm, as his left arm hangs limply at his side. Of course, this doesn't stop him from being deadly, as he's quite adept at slashing at you with his greatsword in his other arm.

It becomes abundantly clear that Artorias has succumbed to the effects of The Abyss, which is strange since according to the legend he's supposed to have rescued a princess around this time. It turns out that that didn't really happen. Artorias was a great fighter, but he could not defeat the enemy that had kidnapped Princess Dusk. That foe would be Manus, Father Of The Abyss. During his battle with Manus, Artorias was defeated, and his left arm was broken. In his last act, before he lost his mind to darkness, he used the power of his greatshield to form a protective barrier around Sif to prevent her from being corrupted. After that, the darkness took hold, and he became another monster for you to slay in Oolacile.

After a tough boss battle, you end Artorias' suffering. Not only that, but you actually finish his quest for him. You save Princess Dusk and defeat Manus. You even manage to get Sif home safely. It turns out that the heroic deeds performed in the Artorias legend were actually performed by you, The Chosen Undead.

So while Artorias may have been a valiant knight, the legend that he is most famous for involves acts that he never accomplished. He did attempt to save the princess, which does deserve some appreciation. But considering how much work you put into tying up all of his loose ends, it does seem a little unfair that he winds up posthumously taking all of the credit for your actions. Granted, you have other things to worry about such as linking the fire, but a little bit of kudos would have been nice. 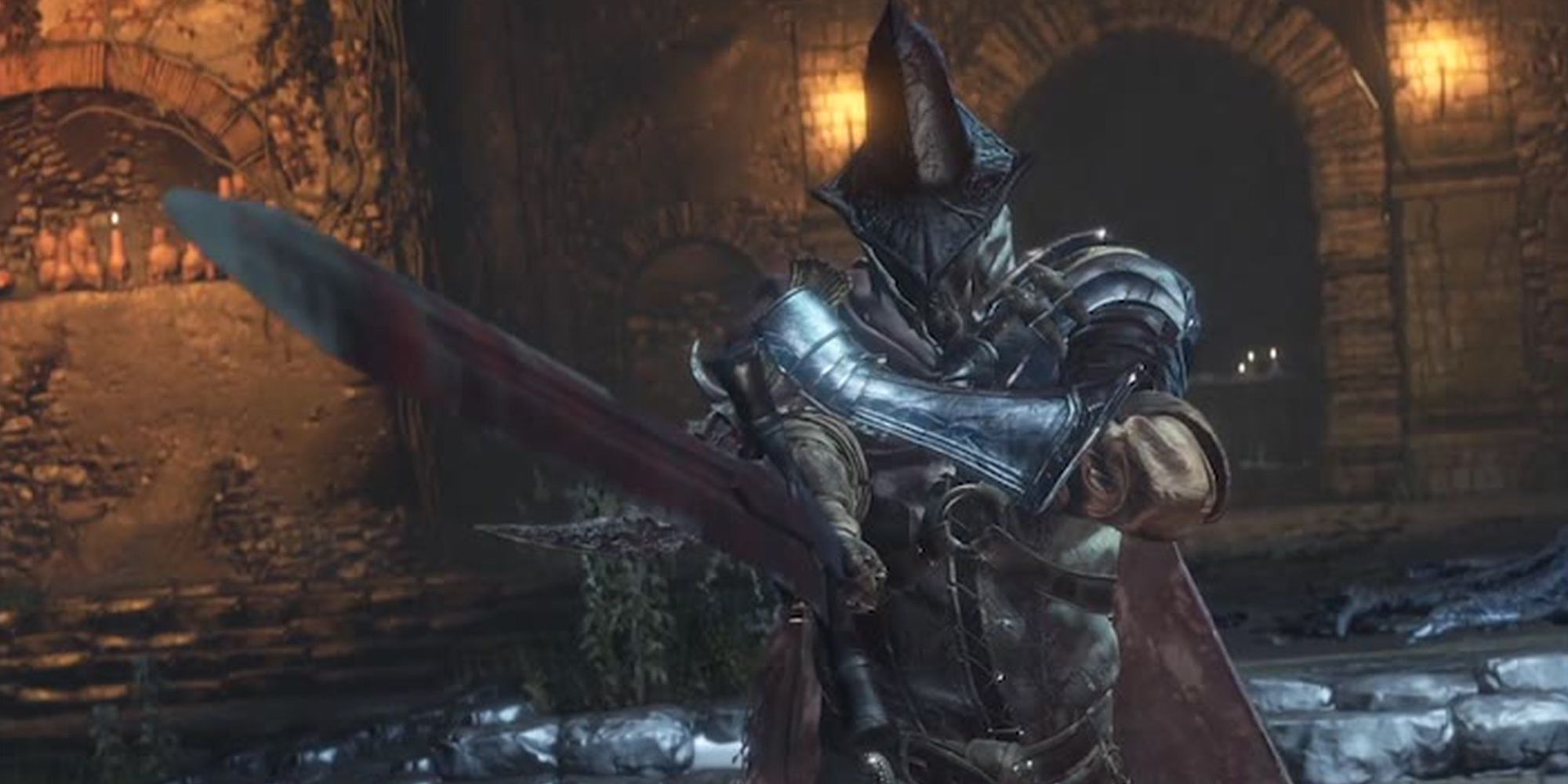 The legend of Artorias lingers on well past the timeline of the first Dark Souls game. In fact, his tale is indirectly responsible for an important boss fight that occurs in Dark Souls 3.

The Abyss Watchers are fighters who took inspiration from a great Wolf Knight to fight enemies that sprung from The Abyss. To do this, they drank the blood of a great wolf known as the Old Wolf Of Farron to become strong. This great wolf's blood must have been very powerful as their consumption of it is the reason behind their status as one of the Lords Of Cinder.

Considering that they share the same mission as well as an affinity for wolves, it's obvious that this legion was inspired by the tale of Artorias. It's possible that the Old Wolf Of Farron is either linked to Artorias and Sif or is a much older and somehow still alive Sif. This is never made explicitly clear, but is pretty easy to infer.

They even share the same fate as much like Artorias himself, The Abyss Watchers eventually become corrupted by the dark power of The Abyss. When you come across them in Dark Souls 3, they are seen fighting among each other as they've become savage brutes infested with darkness. It's up to you to put them out of their misery in the same way that you – or more specifically, The Chosen Undead – did with Artorias long, long ago. This proves that no matter how noble Artorias' goal of stomping out The Abyss is, it will always end the same way.

It's rather appropriate that Artorias' story is so bleak as that's what Dark Souls does. It takes a well-worn fairy tale trope like a brave knight rescuing a princess and twists it into a legend where the good guy not only fails but also becomes the very thing they were sworn to fight.