The bread and butter D&D campaign involves a group of adventurers diving into a scary dungeon to slay an even scarier dragon (hence the name), but that doesn’t have to be every Dungeons & Dragons campaign. Sometimes they can be about subterfuge and intrigue, tasking players with saying the right things at the right time to the right person. And sometimes it’s about doing crimes. Keys from the Golden Vault, the upcoming adventure book for D&D, is more about that last sort of campaign.

First revealed last year during Wizards Presents, Keys from the Golden Vault is a D&D adventure book that contains 13 heist-themed adventures. They can be played one after the other for a crime-centric campaign, or they can be peppered into your existing campaign for when the group is tired of always slaying the big bad evil guy.

"The secretive organization called the Golden Vault specializes in hiring crews for such jobs," reads the item description, "and for the most daunting assignments—pursuing fabulous treasures and stopping dire threats—that crew is your characters." 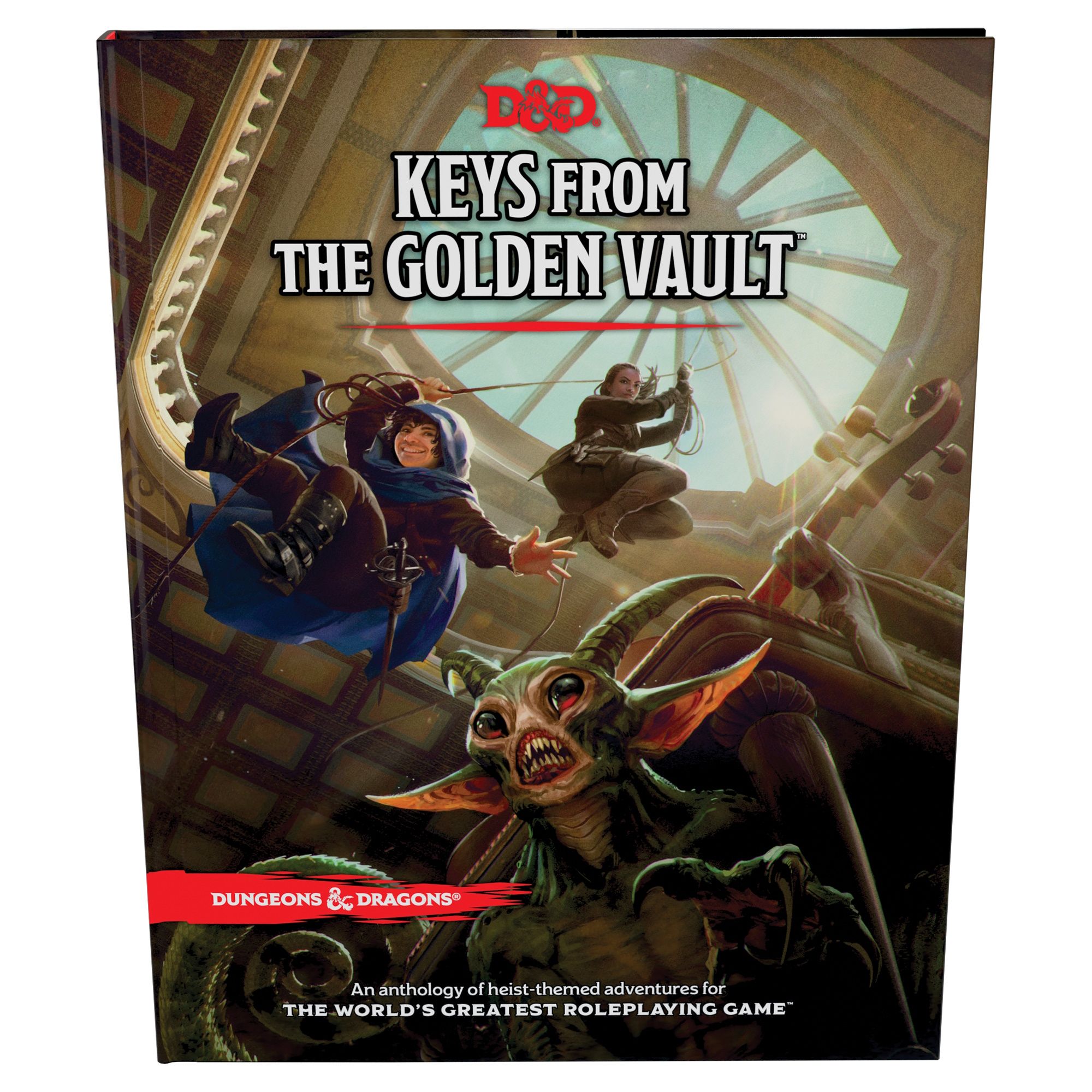 Keys from the Golden Vault contains adventures that are appropriate for characters between levels one to 11 and include world maps for both DMs and players to plan their heists. Each heist will have multiple paths to success, so there's real value in casing the joint before players make their move. The book also contains advice for running non-traditional games with big risks and big rewards. After all, if the heist goes horribly wrong, the adventure can go from stealing a priceless magical artifact to busting your cohort out of prison real quick.

Expect Keys from the Golden Vault to arrive on February 21, 2023, with two covers: one that has a more standard image of a group of rogues descending into some monster-infested building, while the other is of the titular Golden Vault.

After the Golden Vault, D&D players can expect Bigby Presents: Glory of the Giants later in the spring, The Book Of Many Things and the Phandelver Campaign sometime in the summer/fall, and finally Planescape to send Fifth Edition off on a high note. After that, Wizards will focus on getting D&D One out the door, but that'll have to wait until it gets those pesky OGL issues settled.