Deep Rock Galactic is starting 2021 off with a bang and celebrating over 2 million units sold in the best way possible: a ginormous free update with a ton of new content. Starting with two brand new biomes that are a big swerve away from this game’s usual terrain.

The Azure Weald on the cold planet of Hoxxes IV features a significant population of bioluminescent lichen that lights up the darkness. It’s so universally present that at times you won’t even need to use flares to keep an eye out for alien aggressors.

In the Hollow Bough, however, the aggressors are the very trees themselves. The entire place is built like the inside of a hollow tree, and snaking its way throughout are thorn-covered vines that attack any and all intruders. 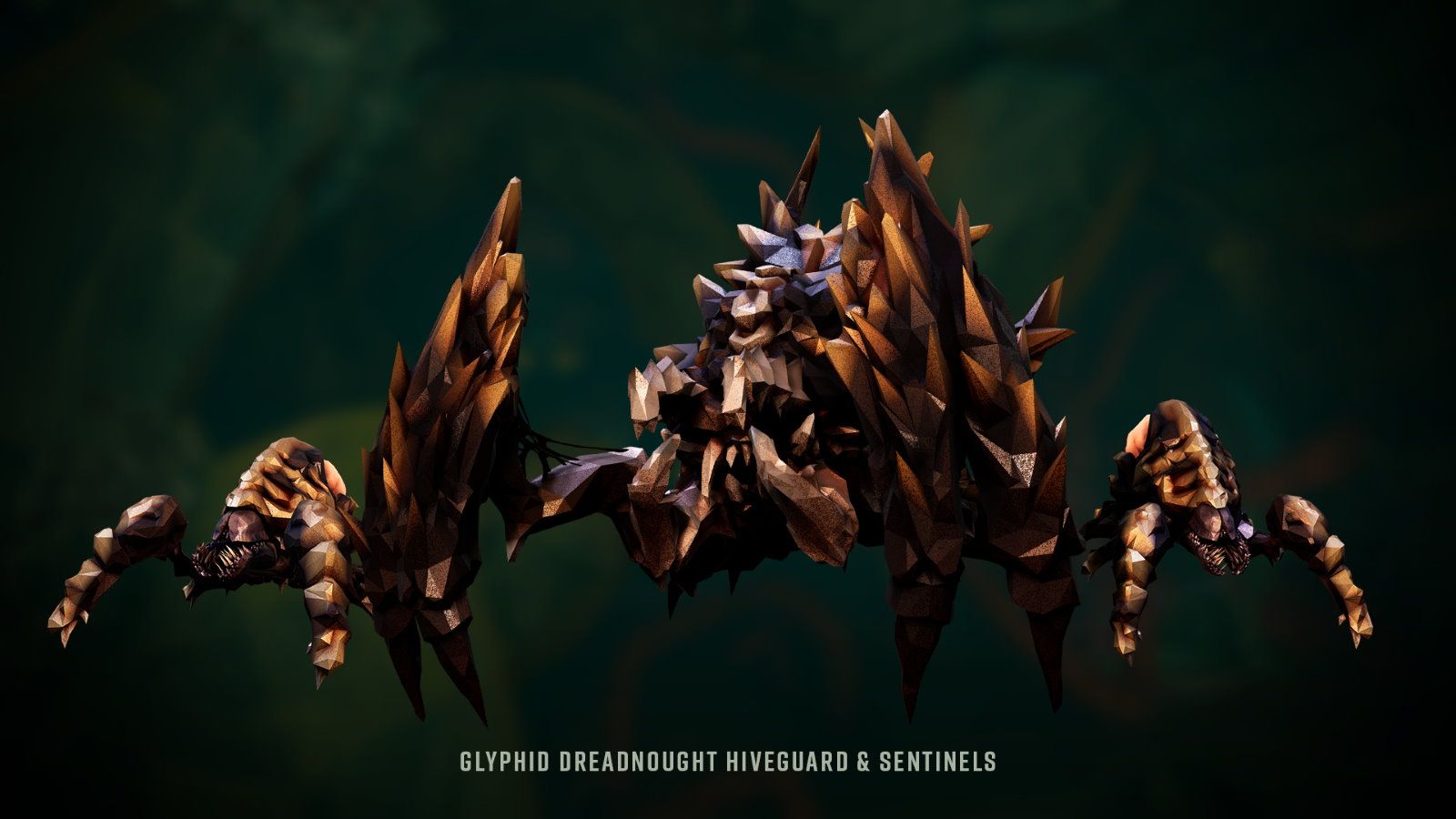 Along with the new biomes come several new enemies. The Elimination Mission now has two new Dreadnaught types to contend with: The Dreadnaught Hiveguard and the twin Dreadnaughts Arbalest and Lacerator. The Hiveguard is completely covered in scaled armor making it impervious to damage until you make it angry and find some of its weak spots. On top of that, the Hiveguard can call on Glyphic Sentinels for reinforcement. They’re not so tough that bullets won’t hurt them, but they are fast and very deadly.

The Dreadnaught Arbalest and Dreadnaught Lacerator are twin Dreadnaughts that are born from a single cocoon. They’re also not so heavily armored as to be mostly immune, but they’re quick and can attack from any and all directions and ranges.

Aside from these scary bosses, Point Extraction missions are getting some new enemies as well. The Mactera Tri-Jaw fires a triple spike barrage at unwary dwarves, while the Mactera Brundle is a flying enemy that can survive multiple attacks. And while in the Hollow Bough, watch out for swarms of Deeptora Bough Wasps.

But Update 33 isn’t all just scary monsters trying to kill prospectors. There’s also some new dance moves, a copyright-friendly Jukebox mode, and a free Viking-style hat in celebration of Deep Rock Galactic’s Steam Awards nomination. It didn’t win anything, but it’s still an honor just to be nominated.