Residing deep within the fiery bowels of Stonefang’s Tunnel City, sealed away in a temple crypt filled with dragon bones and pockmarked by lava, the ancient demon known as Flamelurker awaits the hollowed player in their quest to relinquish the fog reining Hell across Boletaria. Despite being 10-feet tall and made entirely of molten rock and fire, mimicking in many ways the Balrog from Lord of the Rings, Flamelurker is among the easier fights in Demon’s Souls, proven by way of that one streamer who beat him with only a dance pad.

Yet, this is not to say defeating this demon won’t be a bit of a challenge on your first attempt. Together, we shall take on the gatekeeper and discover as one some of the best strategies and equipment needed for defeating this mass of fire and rage. 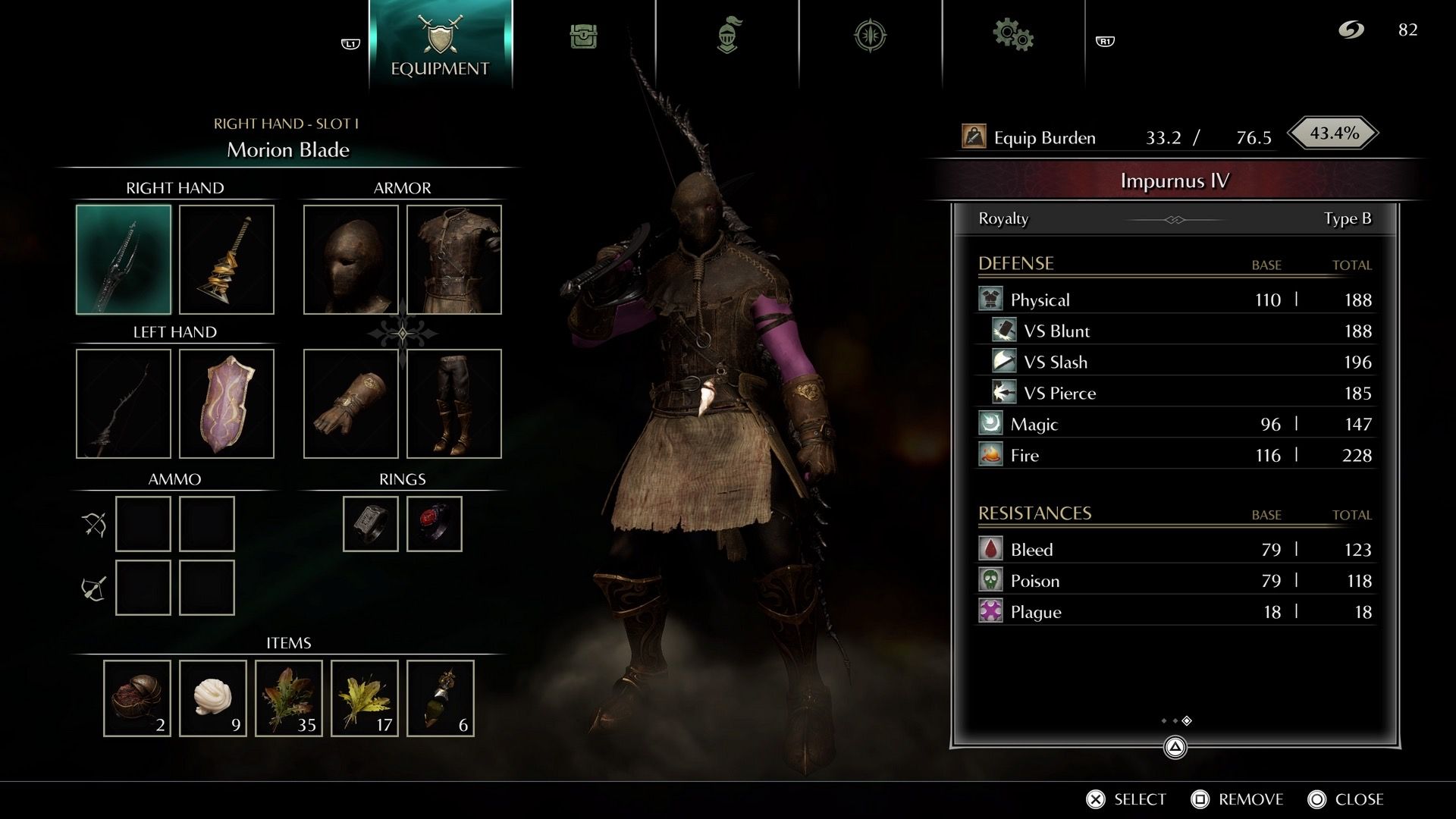 Necessary preparations before diving into Flamelurker’s pit include gearing yourself up with fire-resistant armor, specific items, and, of course, the Ring of Flame Resistance. This latter item can either be found alongside the Purple Flame Shield by the two dragons in 1-1 or gifted to the player via Patches, the Hyena after disabling his Giant Bearbug trap in 2-2.

The armor you decide is restricted only to the equip burden of your particular build and whatever items you may already have on hand. Below, I’ve listed some of the best fire-repellant armor and how to obtain them:

• Binded Cross Set: 67 Fire Defense. It can be found in 1-1 beyond the gate to the left of the very first archstone, but it requires you to shift your World Tendency to either Pure Black or Pure White and you also must defeat the laughing Executioner Miralda, who is one tough enemy.

• Official’s Set: 60 Fire Defense. This armor set is scattered across Stonefang and 1-3, discoverability of which is best explained in our how to save Yuria the Witch guide.

• Gloom Armor Set: 61 Fire Defense. This is looted off of Yurt, the Silent Chief, who can be found caged in 3-2.

• Fluted Armor Set: 64 Fire Defense. This is obtained either in the very beginning as a knight class or in 3-1 as treasure on the right at the end of the corridor.

The best thing to do with these different sets of armor is mix and match to better suit both your playstyle and your equipment burden. What’s most important here is raising that fire defense to its ultimate extreme, so Flamelurker literally can’t touch you. You’ll also want to bring along with you some bearbug grains, sticky white stuff, assorted spices (if you’re using magic), and obviously a ton of healing grasses.

Attack Strategy And Overcoming The Flame

In the midst of the fight, pay close attention to Flamelurker’s attack patterns. He tends to dash forward at the player, striking down with his fists, or utilizing a punishing uppercut. He has four distinct attacks: Fire Blast, Pounce, Claw swipe, and Fire Smash. Even with a melee build, it’s better to stay a bit away from him for your first go, just to learn his pattern of movement and to see how best you can use it against him.

Flamelurker is weak against magic, specifically spells like Soul Ray and Soul Arrow are a good way to lower its health from a distance. If you go the magic route, bring along with you the Ring of Magical Sharpness, so as to boost your magical abilities and it will be dead in no time. Magic users who have saved Sage Freke from The Prison of Hope can also buy Water Veil from him before the fight, which will add to your flame resistance.

If you want to use a sword, this where the sticky white stuff comes in handy, as it will dramatically increase your damage output upon the demon. Or, better yet, you can up the ante by way of utilizing a Crescent weapon, like the Crescent Falchion, or upgrading any number of weapons with a Darkmoonstone via Blacksmith Ed. The crescent upgrade path basically adds magical attack power to your weapon of choice, which will basically demolish this fire-laden boss.

Lowering Flamelurker’s health bar down will also trigger boosted attacks for it, as well, such as a larger AOE fireball range, increased aggressiveness, and its melee attacks do far more damage. There are a ton of different strategies to go by when facing this monstrous foe, from combining magic with melee to a sneak-focused light weapon build. Archery can be used against it, but is ill-advised, as the way Flamelurker moves makes this a bit tricky. In the end, it all comes down to your preference and how you play Demon’s Souls. 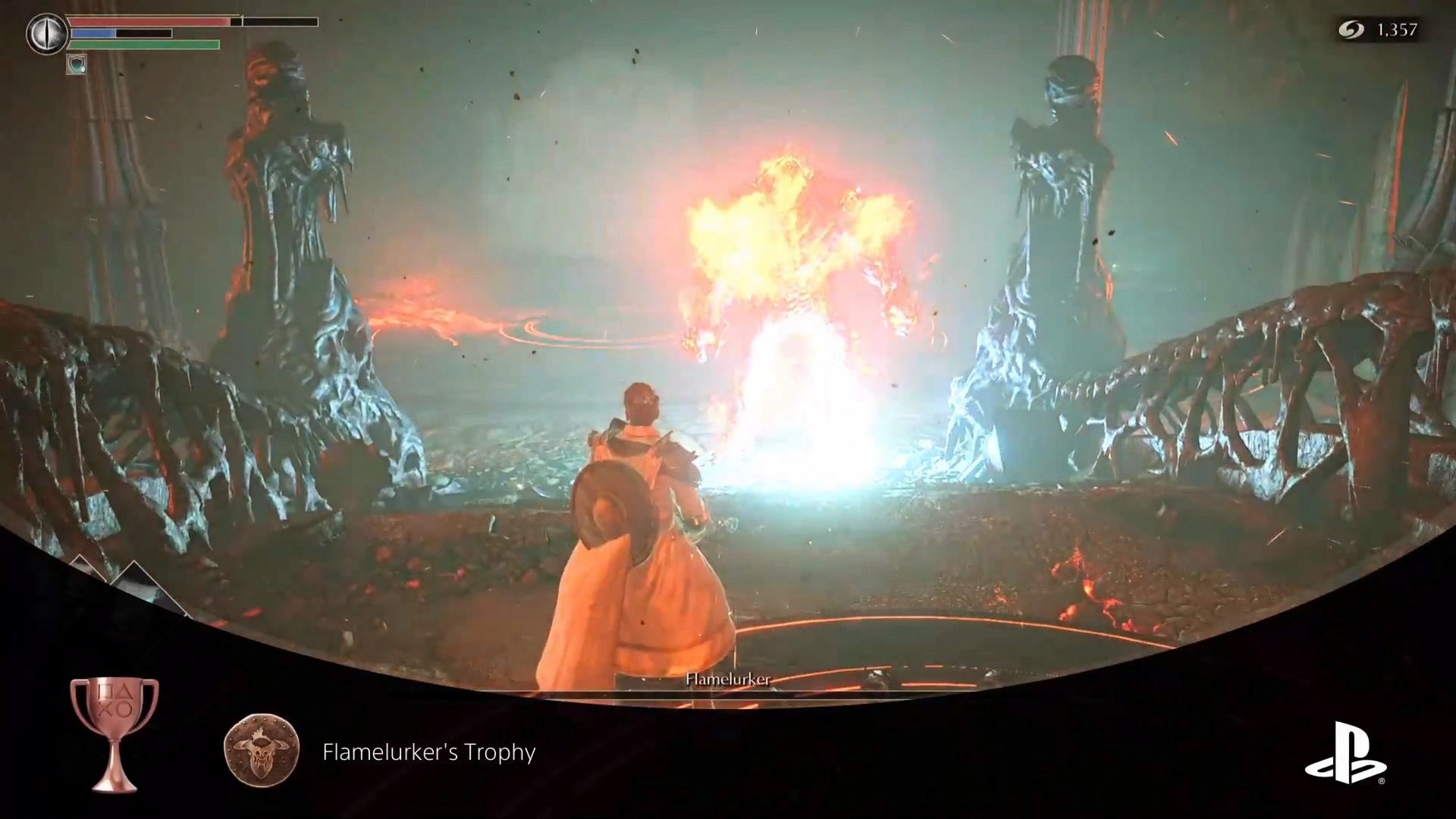 Once he’s dead and gone, you will have unlocked the Flamelurker’s Trophy, in addition to opening the gate that leads to the Dragon God. Don’t forget to take Flamelurker’s boss soul to Blacksmith Ed in order to unlock the hidden weapons upgrade mechanic, as this will come in handy for late-stage boss battles.

Next: Demon’s Souls: 5 Things That Make No Sense (& 5 Fan Theories That Really Do) 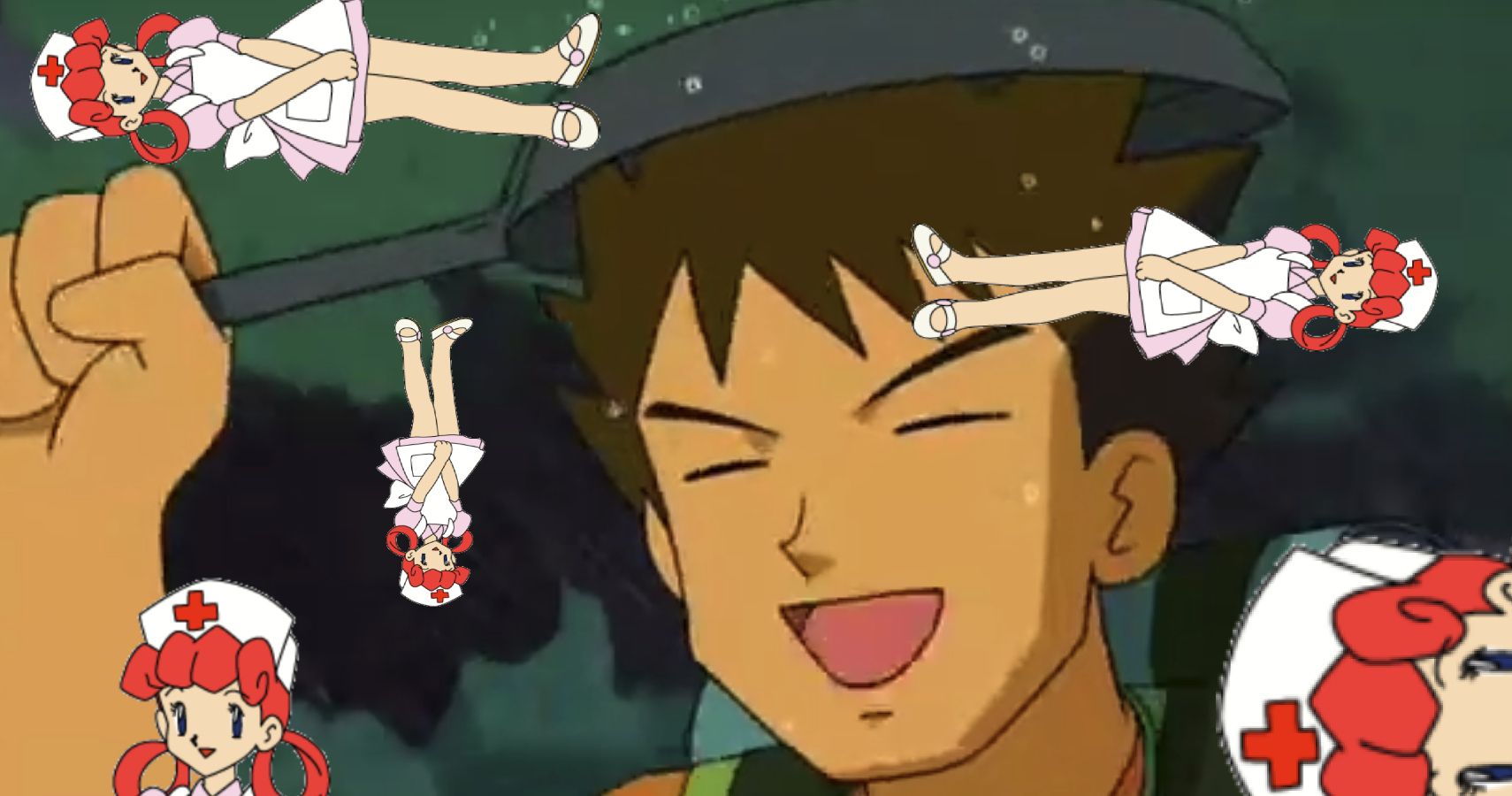