Cut from the original Destiny, Destiny 2’s European Dead Zone is one of the largest patrol spaces Bungie has made. Seven major zones are populated with unique Lost Sectors, hidden high-value targets, and region chests.

Region chests are golden chests that Guardians can find while exploring a patrol space. These chests grant planetary materials and Glimmer when opened, making them a great way of obtaining a large sum of planetary materials quickly. While they’re marked on your map, some of these chests can be tricky to find. Luckily, that’s what this guide is for. Here is the location of all 20 region chests in Destiny 2’s EDZ. 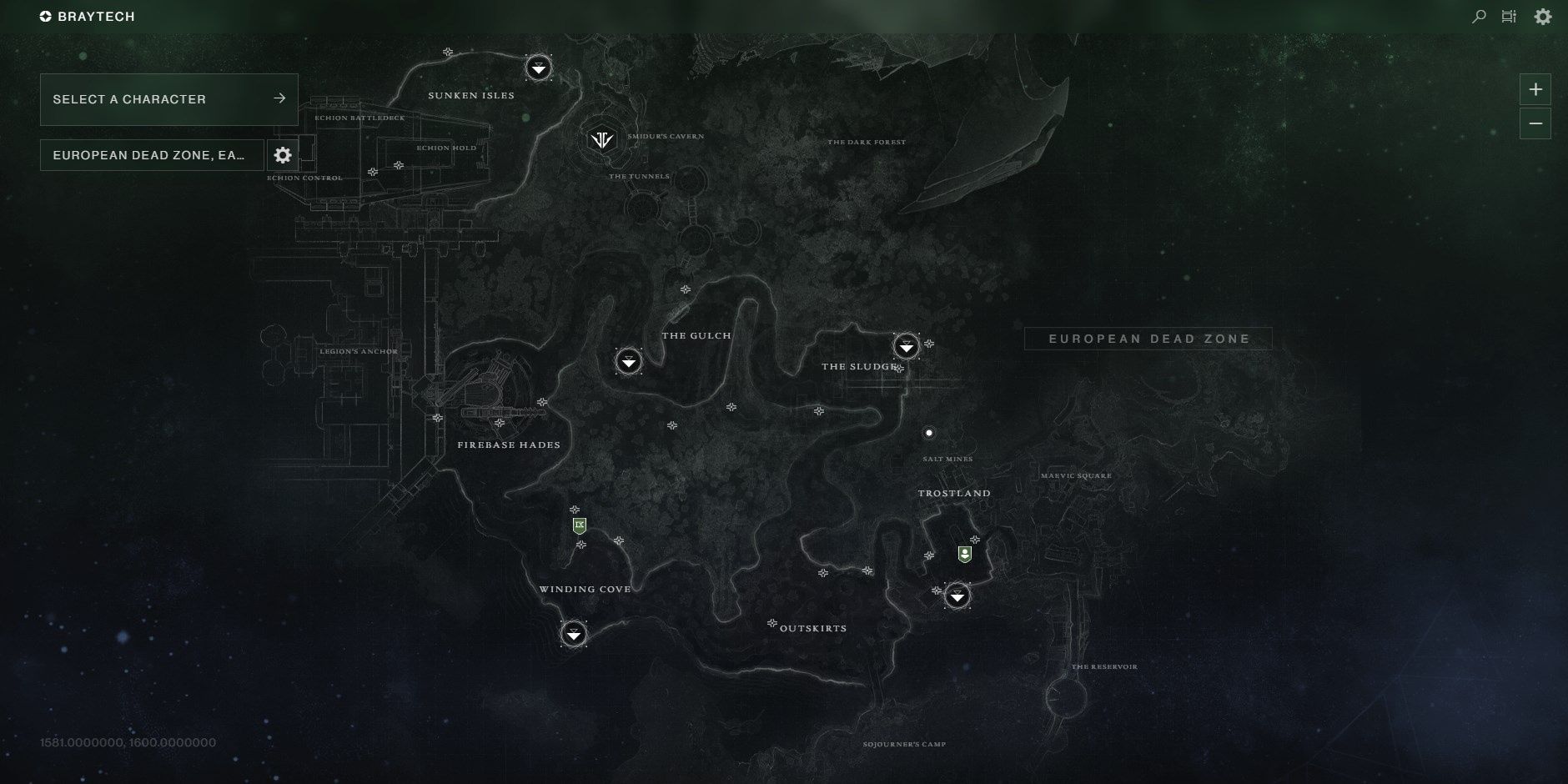 Guardians will find 20 different region chests in the EDZ. Two can be found in Trostland. Three can be found in each of the following locations: Outskirts, Winding Cove, Firebase Hades, Sunken Isles, The Gulch, and The Sludge. 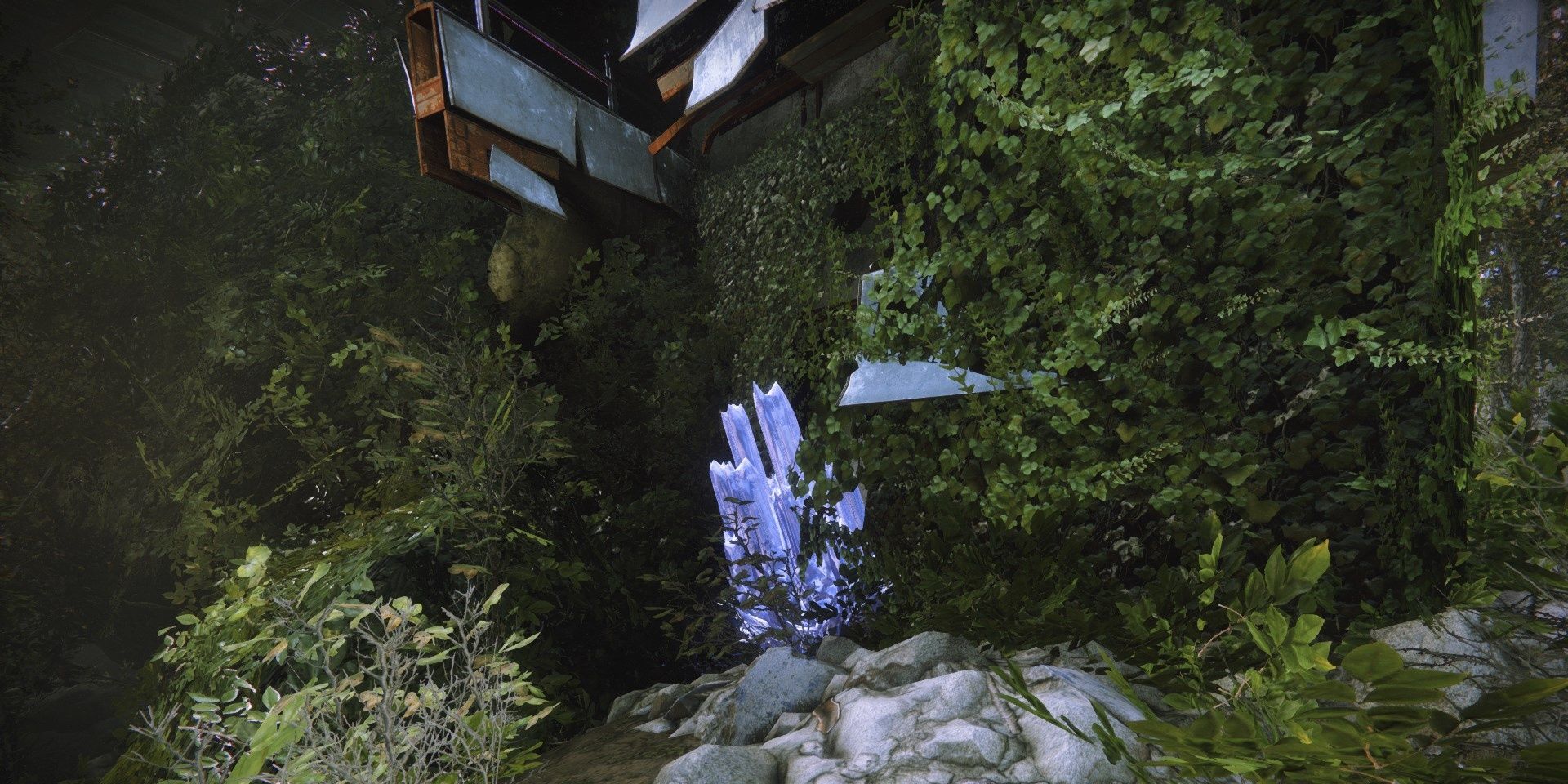 When you load into Trostland, turn 180 degrees. Run to the corner of the ruined building to find a chest. 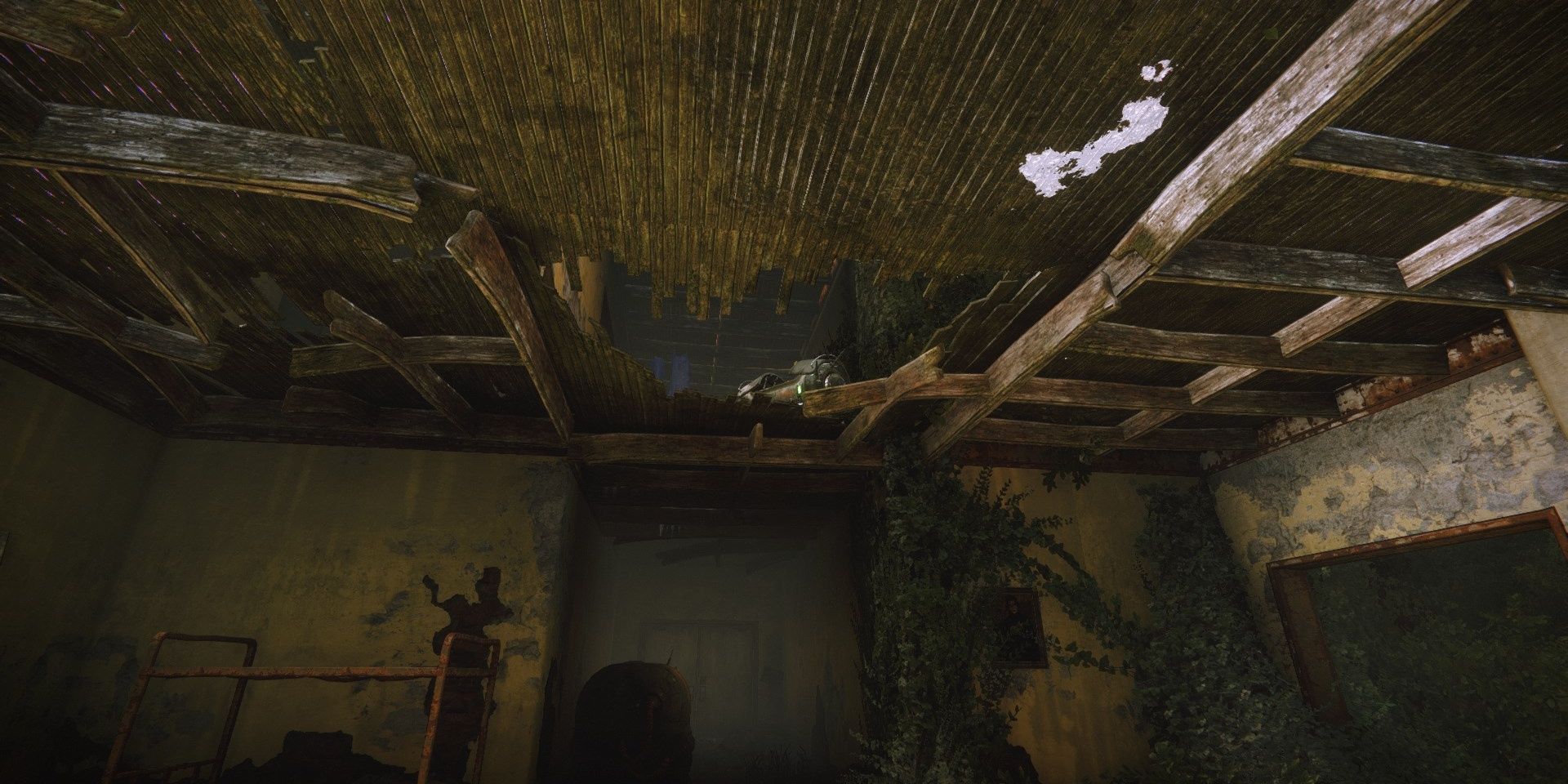 Enter the building in the southwestern corner of Trostland. Once inside, look up to find a hole in the roof. Ascend a floor to find a region chest tucked in a corner. 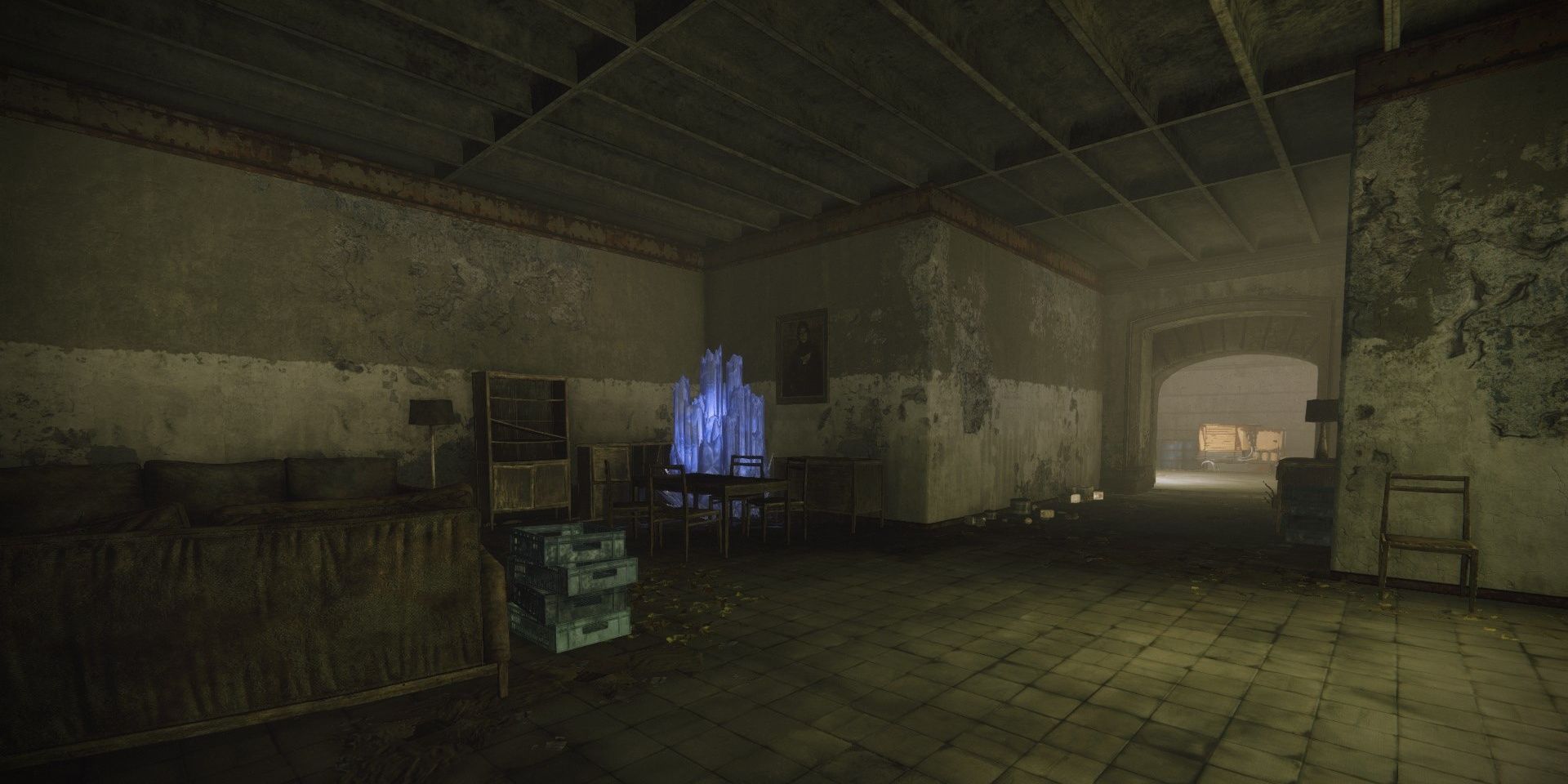 From the eastern entrance of the Outskirts, enter the first building on your right. Enter the following room, then turn right to find a chest nestled in a corner. 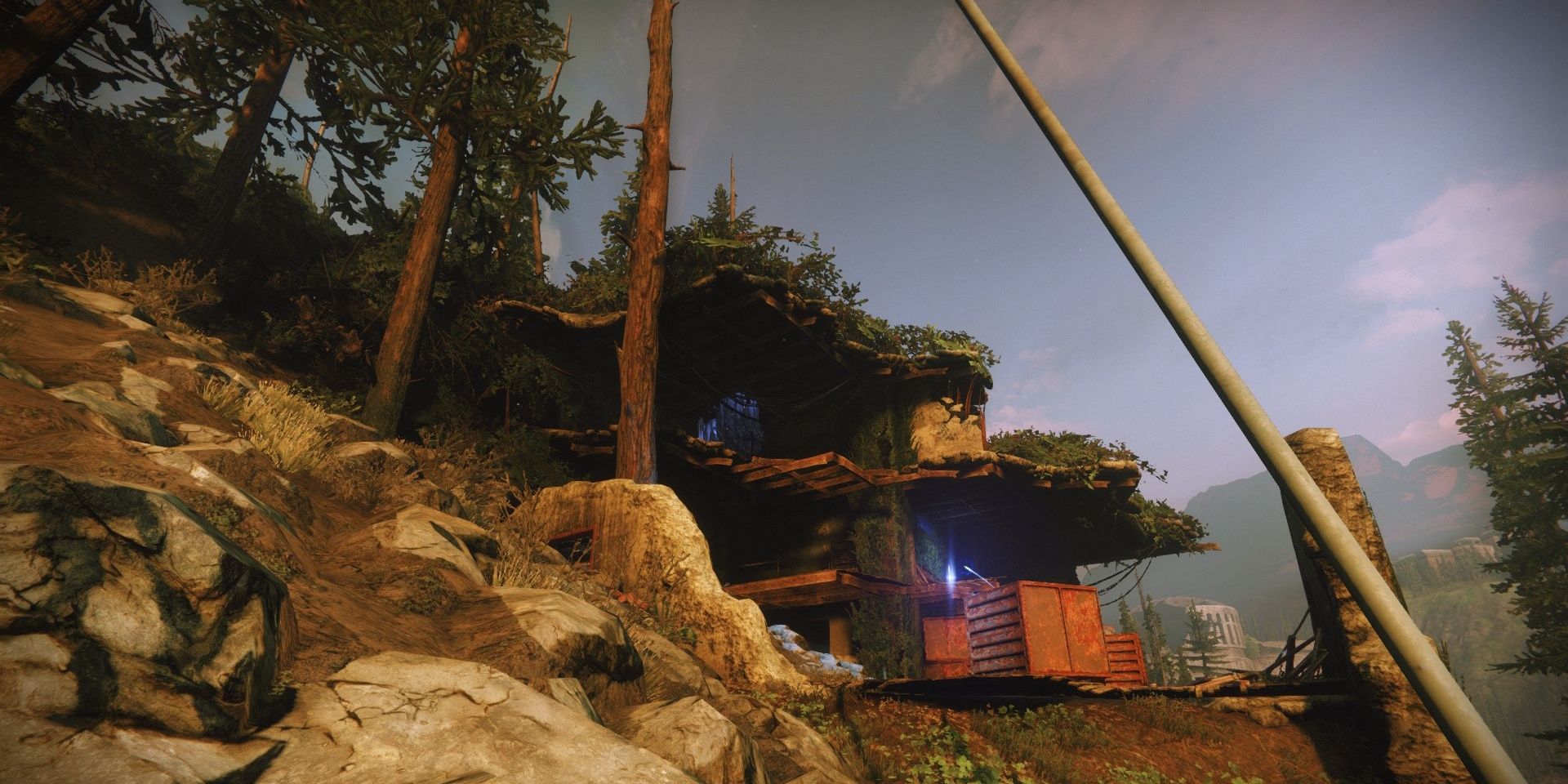 From the town square in the Outskirts, walk towards the western building. On the top floor is a region chest (shown by the Stasis crystal above). 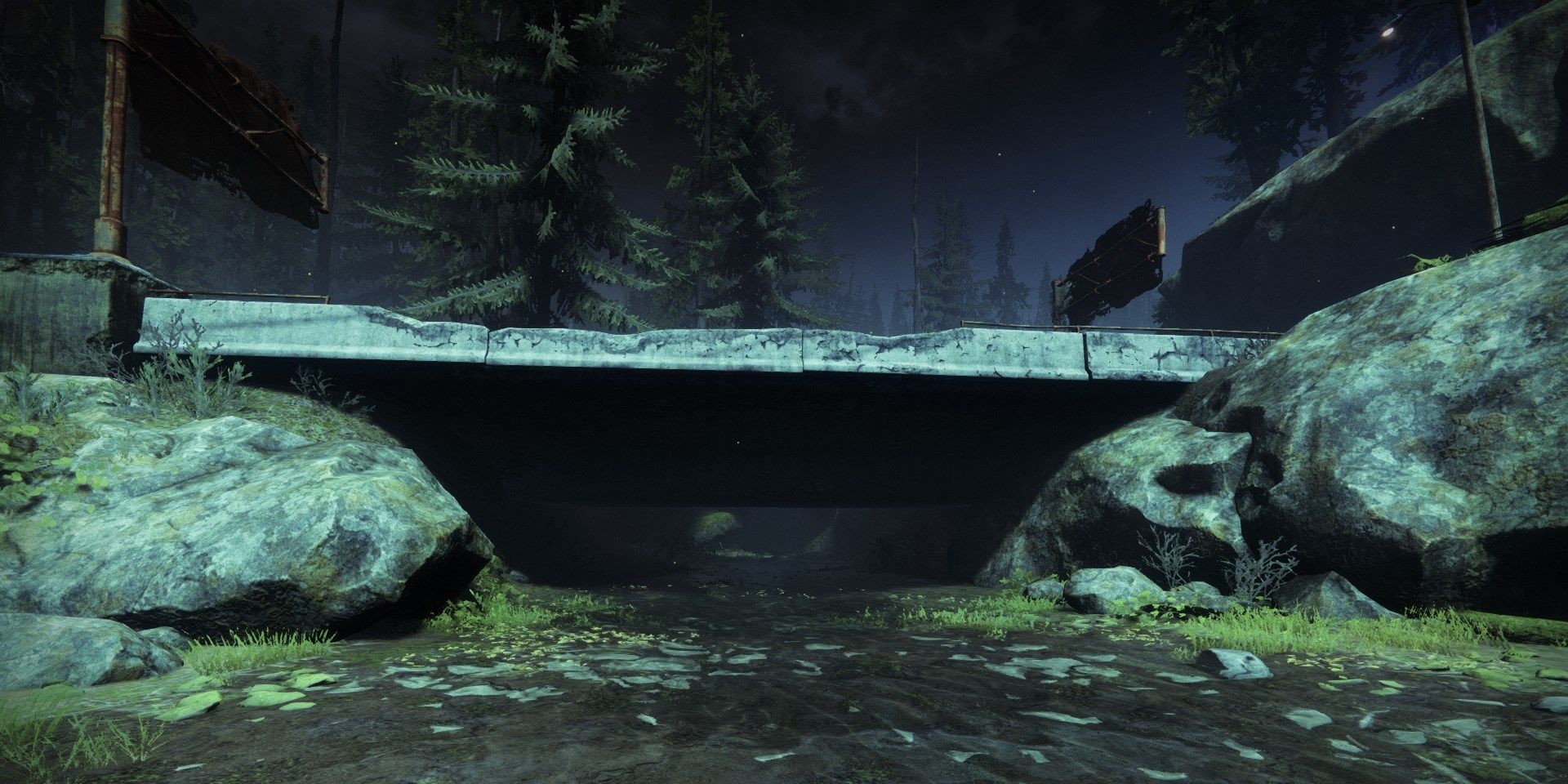 Head to the southern section of the Outskirts. From the shore, run under the main road to find a hidden cave. Inside this cave is a chest. 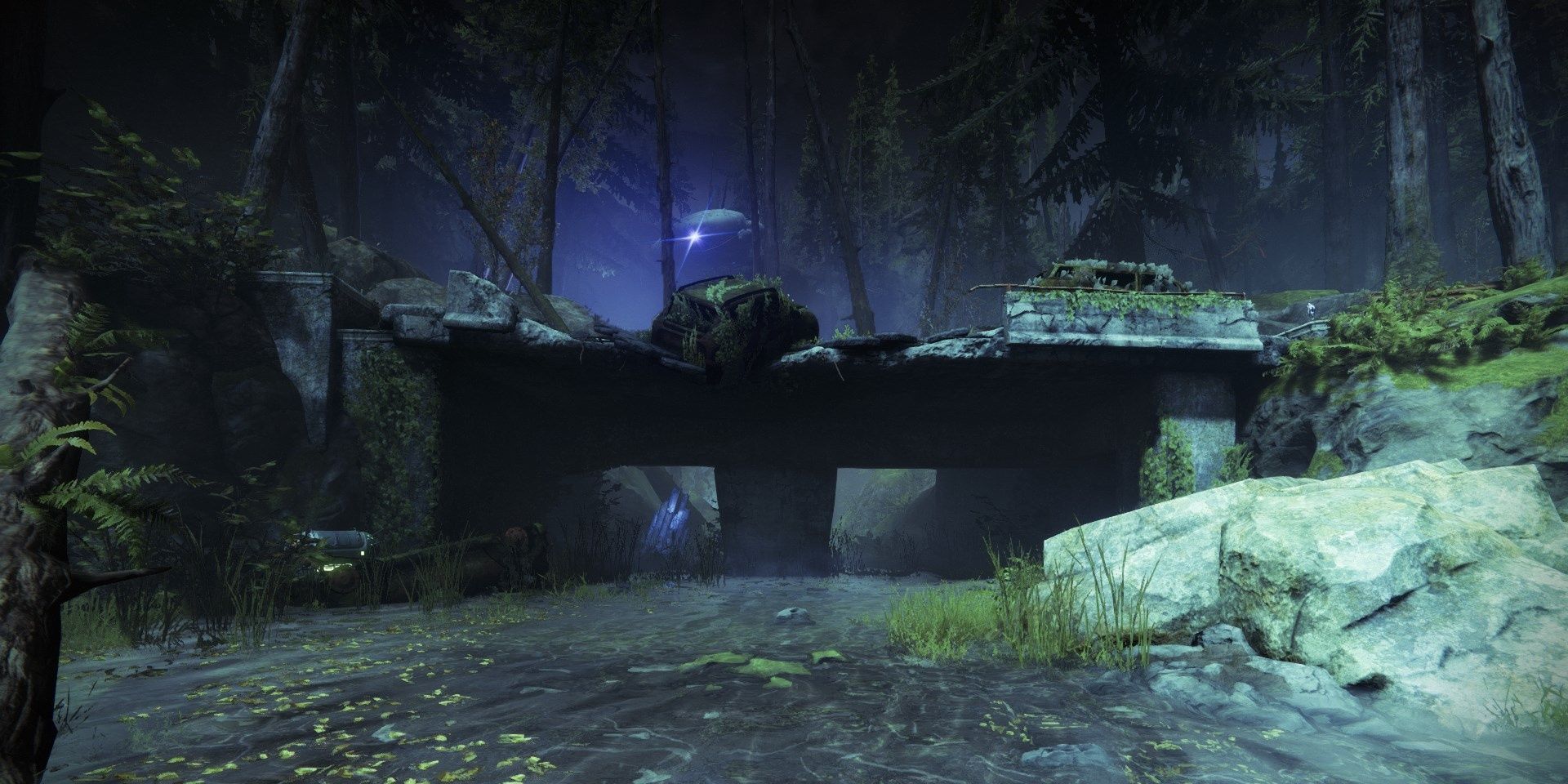 This chest can be found under the dilapidated road on the northern part of the Winding Cove. It’s directly across from the Flooded Chasm Lost Sector entrance. 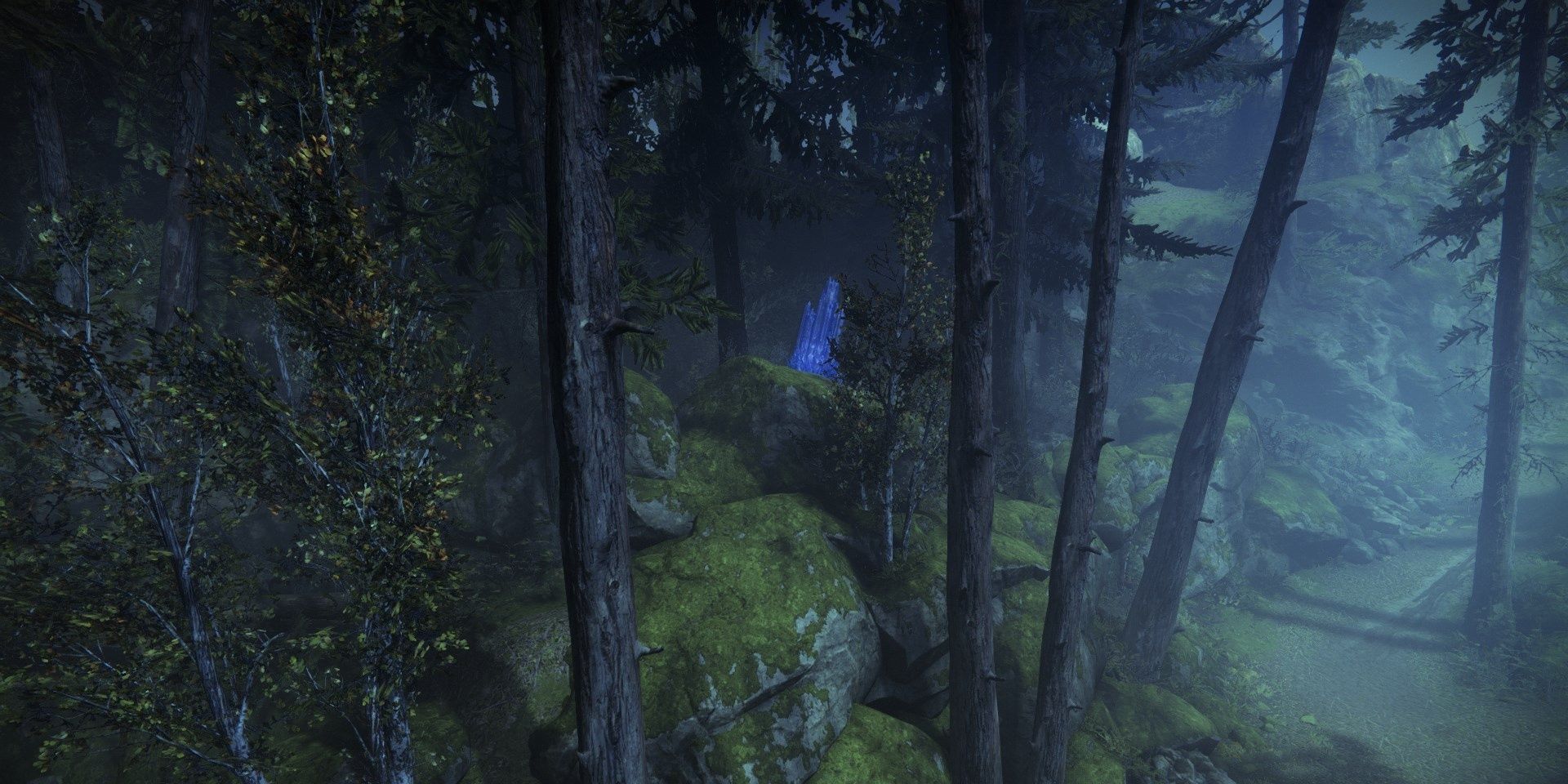 Jump up the various rocks on the northern part of the Winding Cove to find this chest.

When the main road forks into a dirt path, jump up the rocks on your left. The chest will be sitting atop the tallest rock. 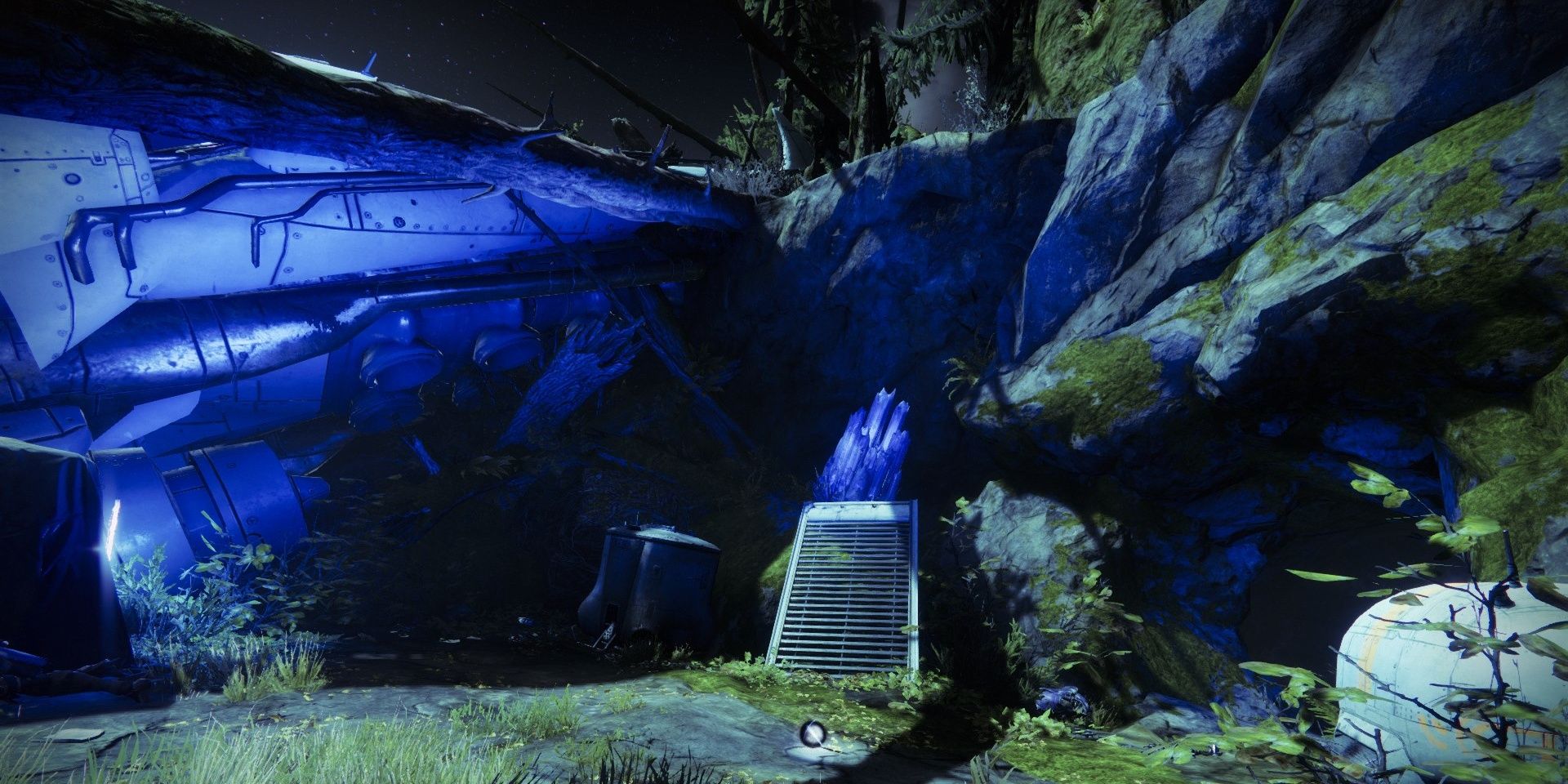 Whenever you visit Xur in the EDZ, turn right when you reach the landing platform he rests at. They’ll be a chest hiding in the corner. 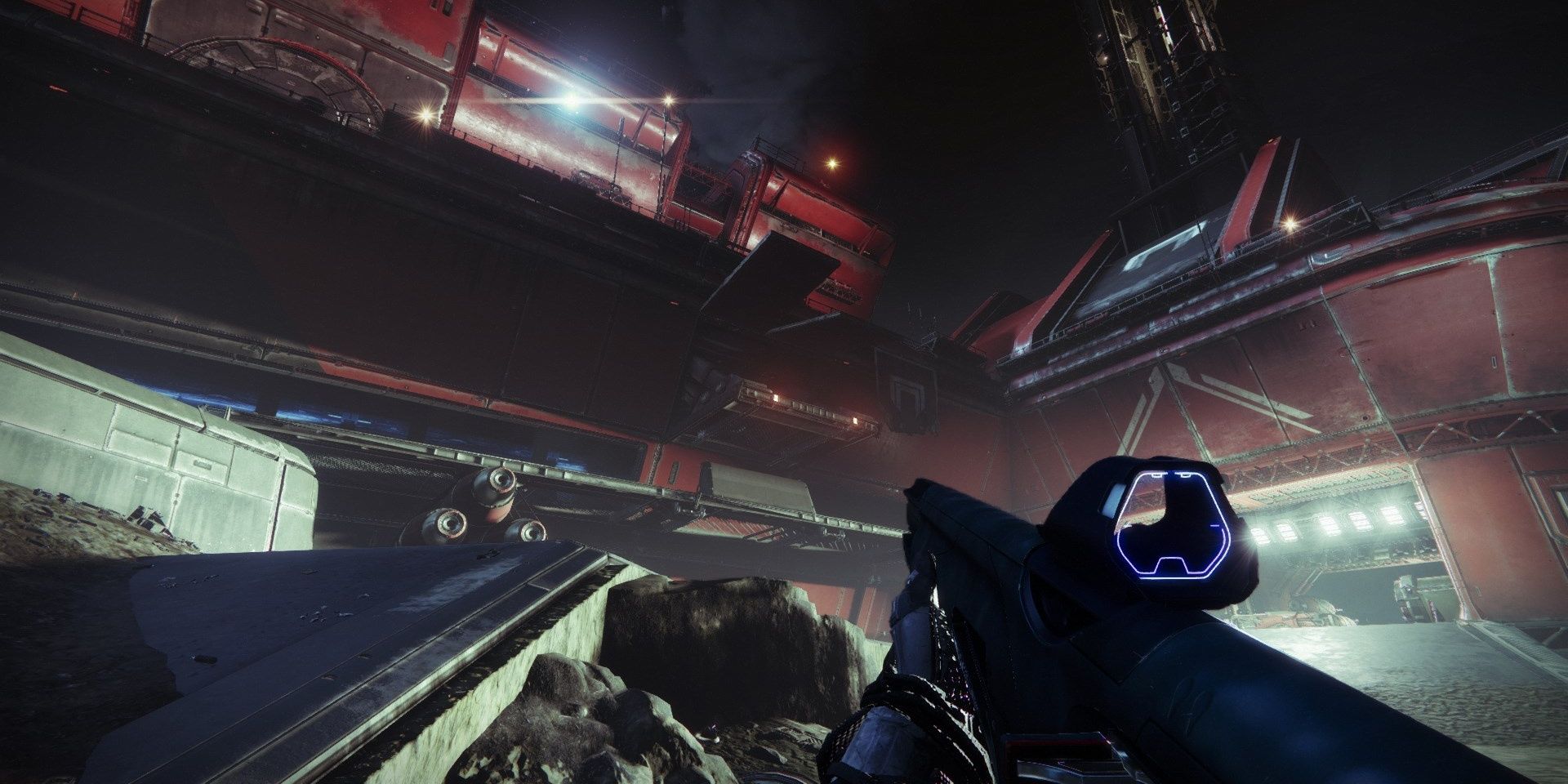 Travel to the western portion of Firebase Hades. Right before you reach the ramp that leads into the Cabal base, look slightly up and to your left to find a platform overlooking the area. Jump up there to find a region chest. 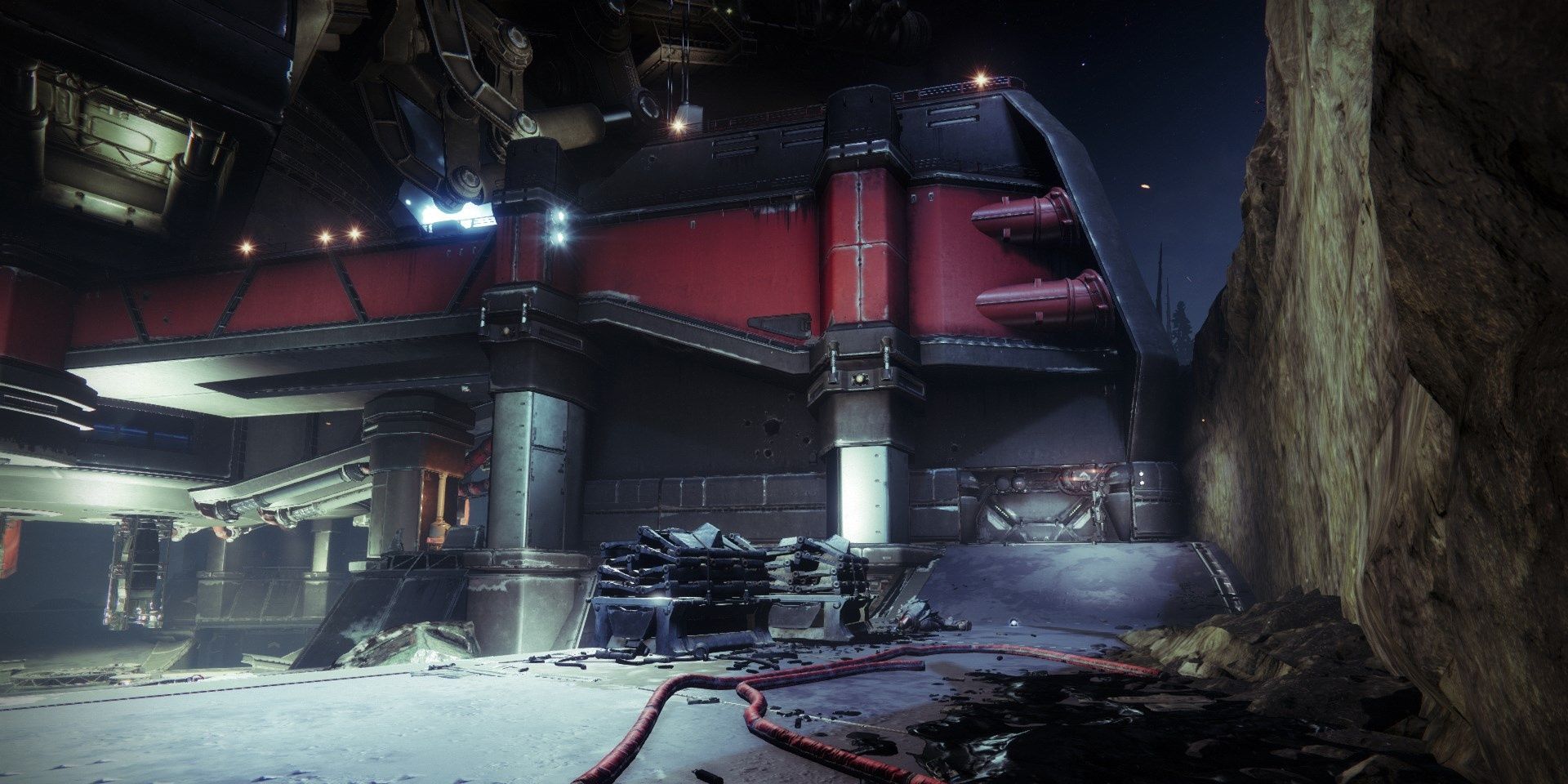 Enter this building in the southern portion of Firebase Hades. Once inside, jump up a floor to find the region chest beside a narrow Cabal door. 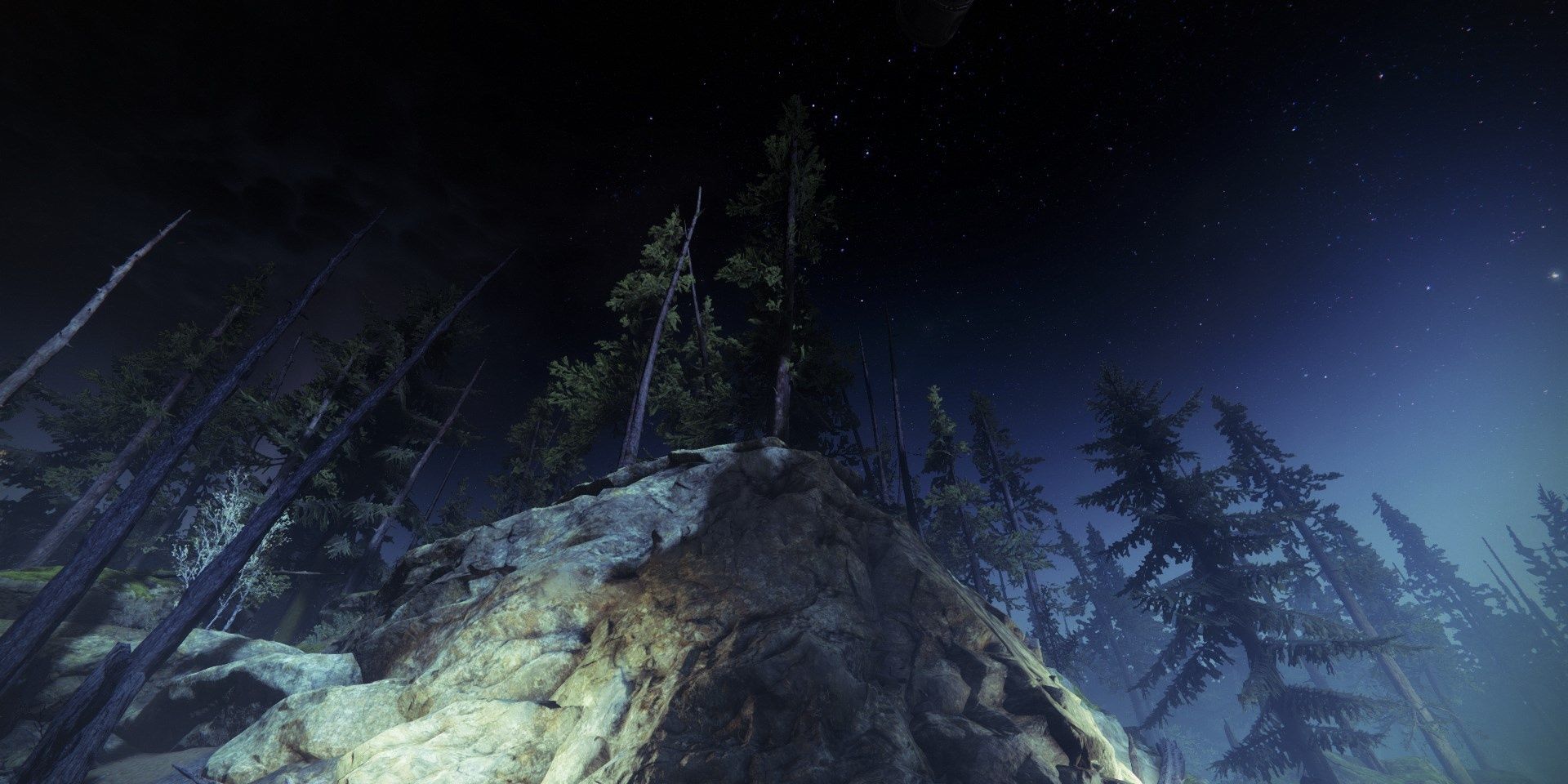 Head to the hill just north of the Excavation Site XII Lost Sector. Jump atop the hill to find a region chest. 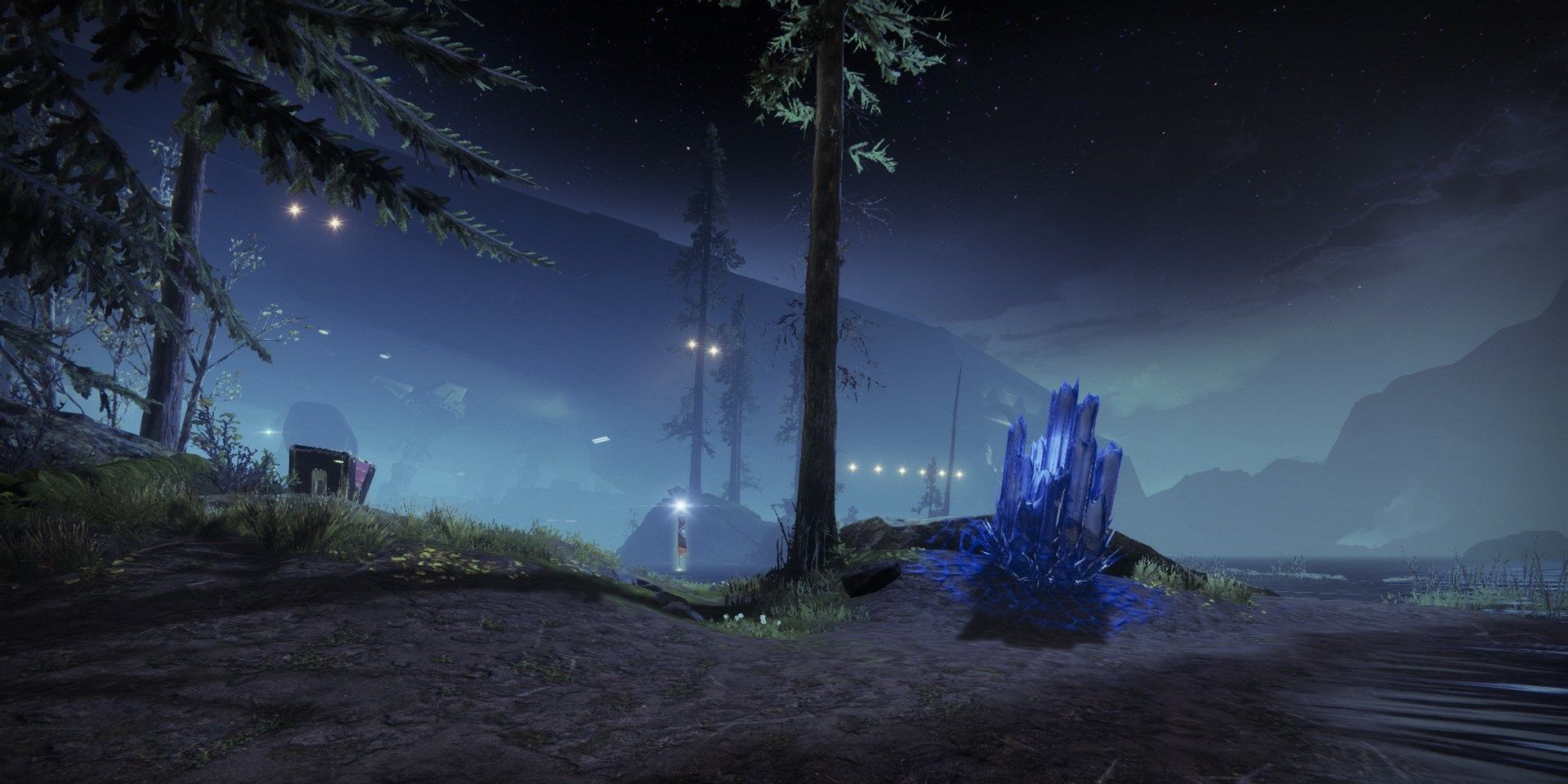 You’ll find this chest in the northwest corner of the Sunken Isles, right above where the Cabal Injection Rig public event spawns at. 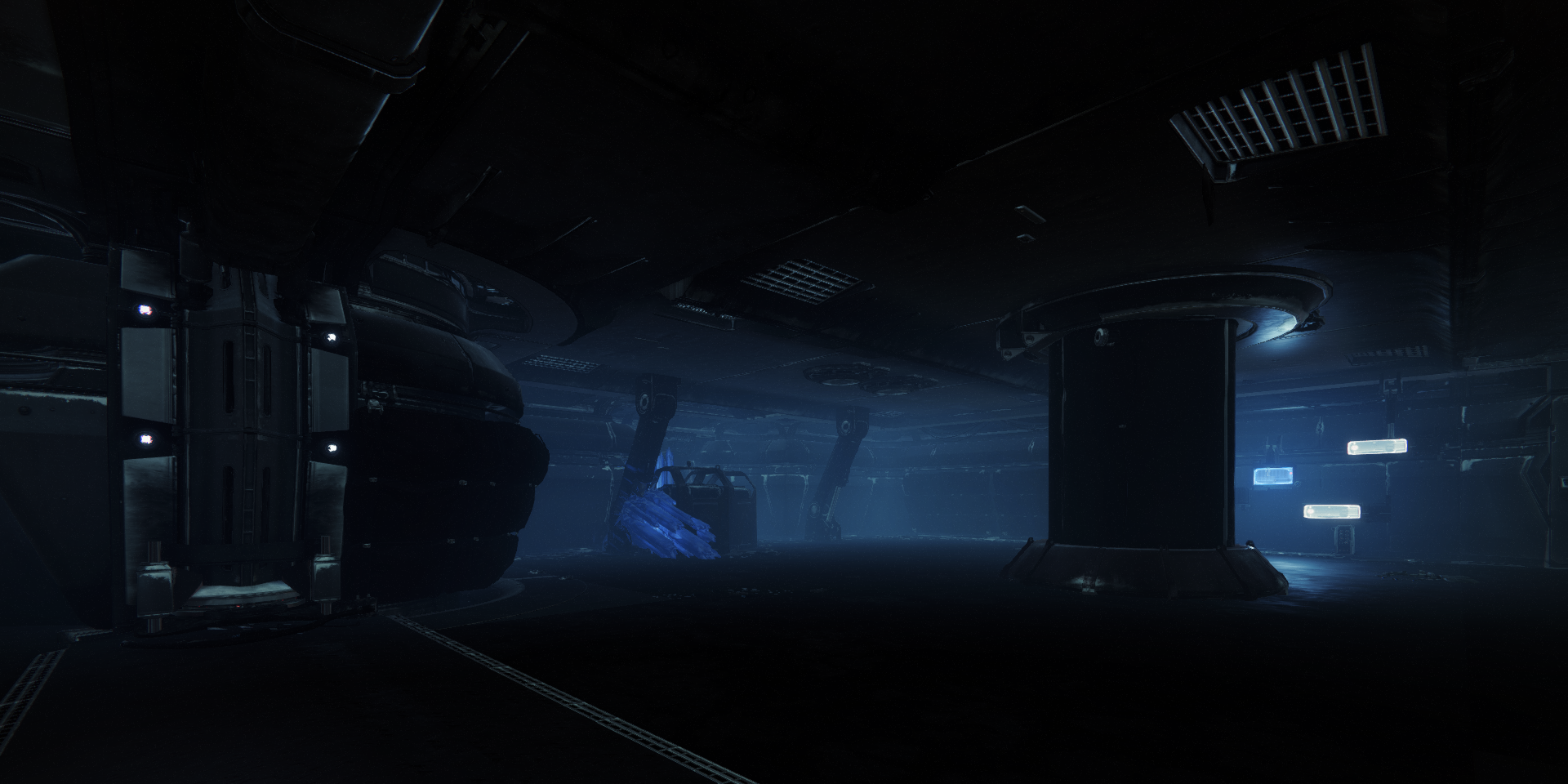 Drive under the Cabal ship landing pad in the Sunken Isles. Hop off your Sparrow, kill the nearby Cabal, then run to the left portion of the room to find a region chest hiding behind a few containers. 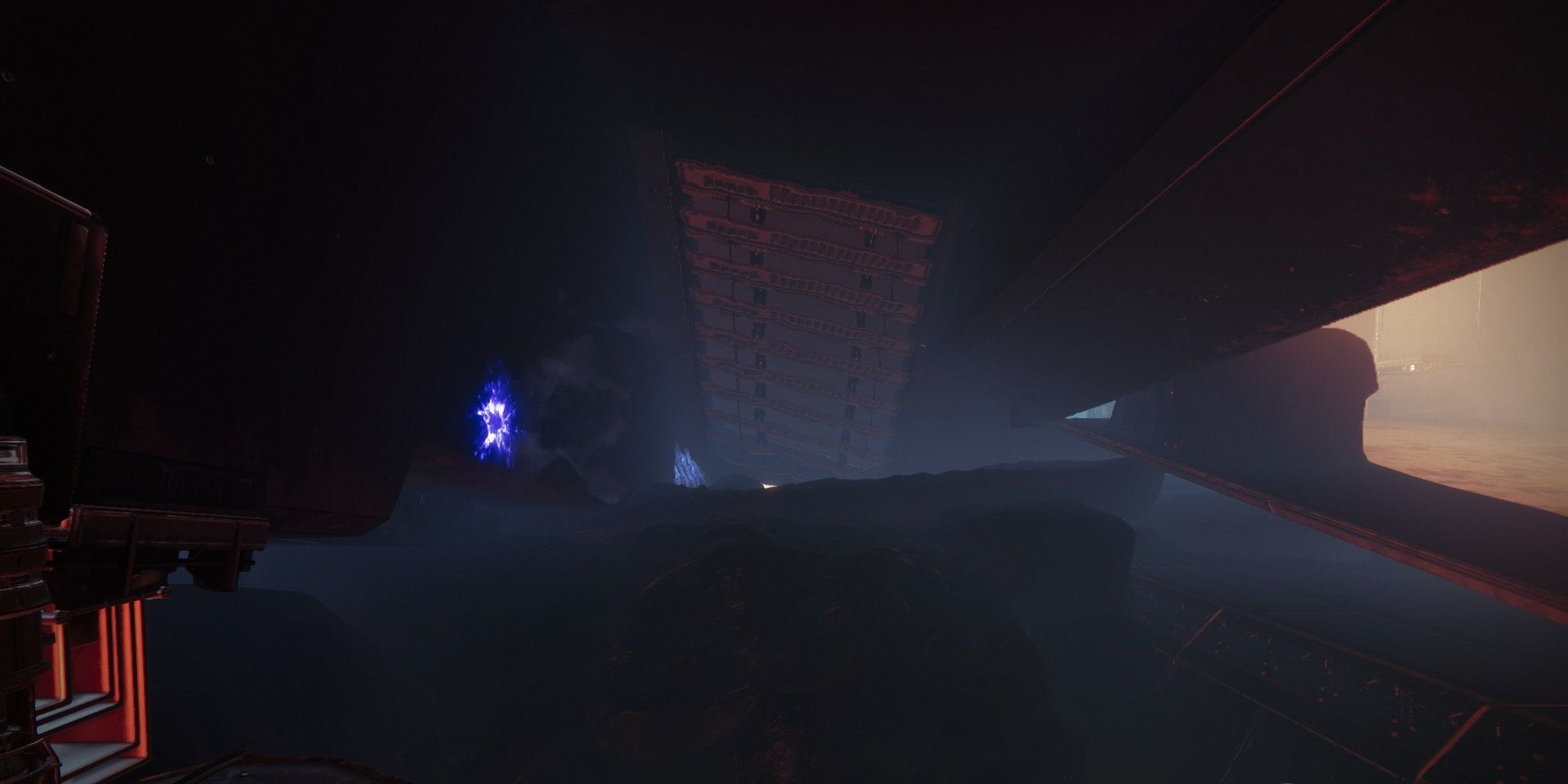 This chest is to the left of the Cabal ship’s loading ramp, hiding in a dark corner. 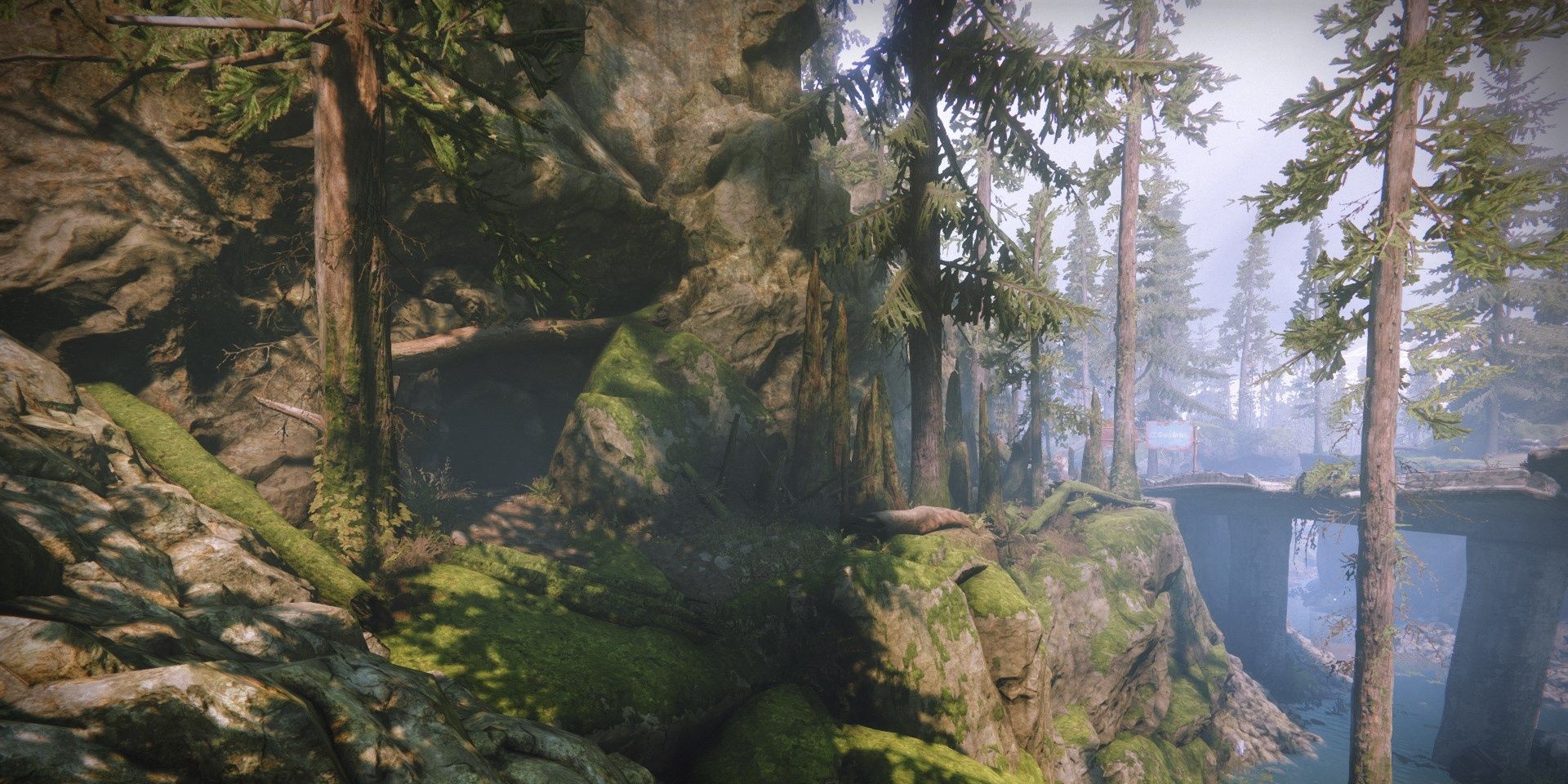 In the southern section of The Gulch, jump up the cliff that leads to the Flooded Chasm Lost Sector. Enter the cave to find a chest. 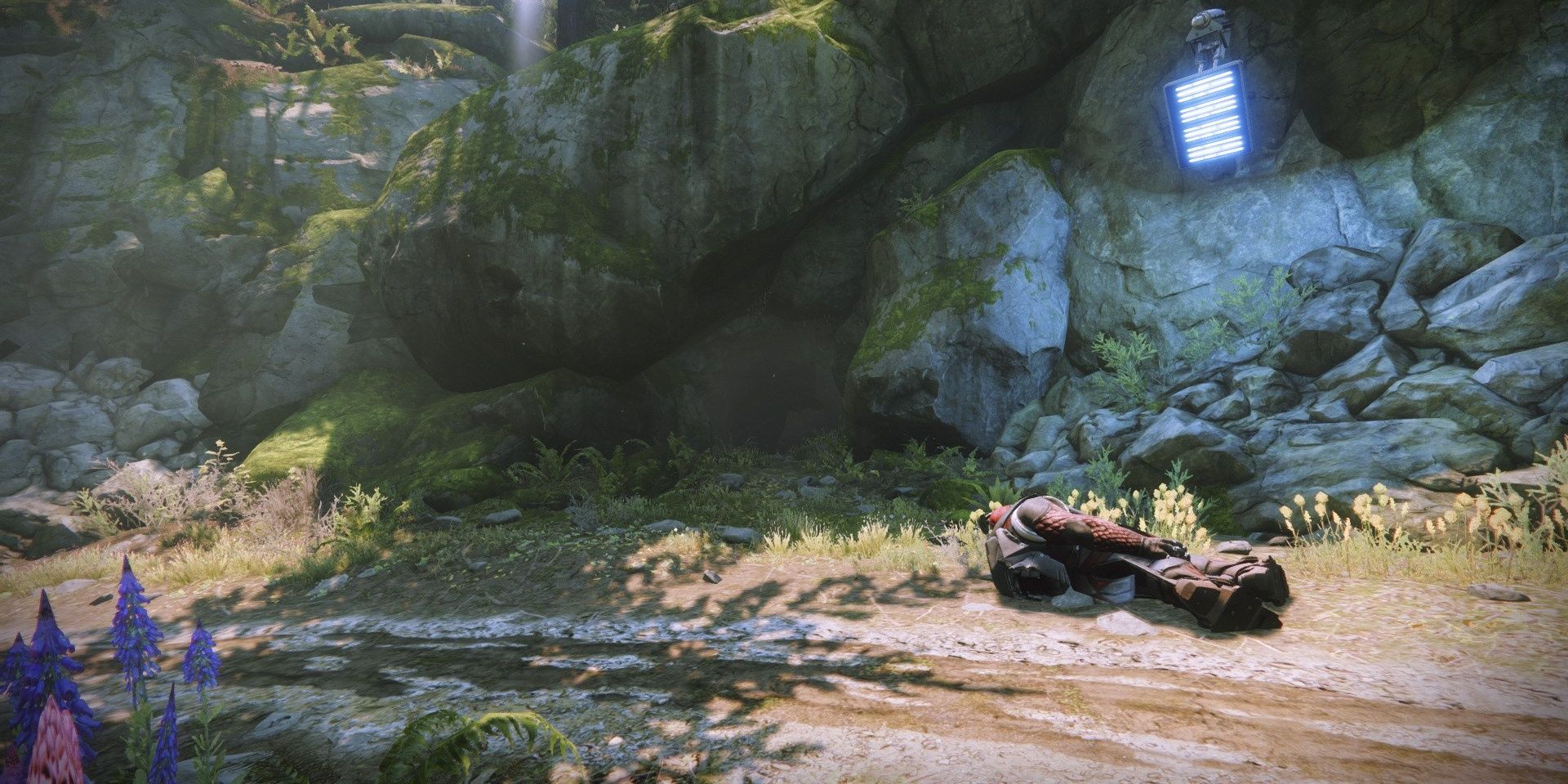 Follow the dirt path on the southern part of The Gulch. Look out for the small cave entrance shown above. This cave houses the region chest. 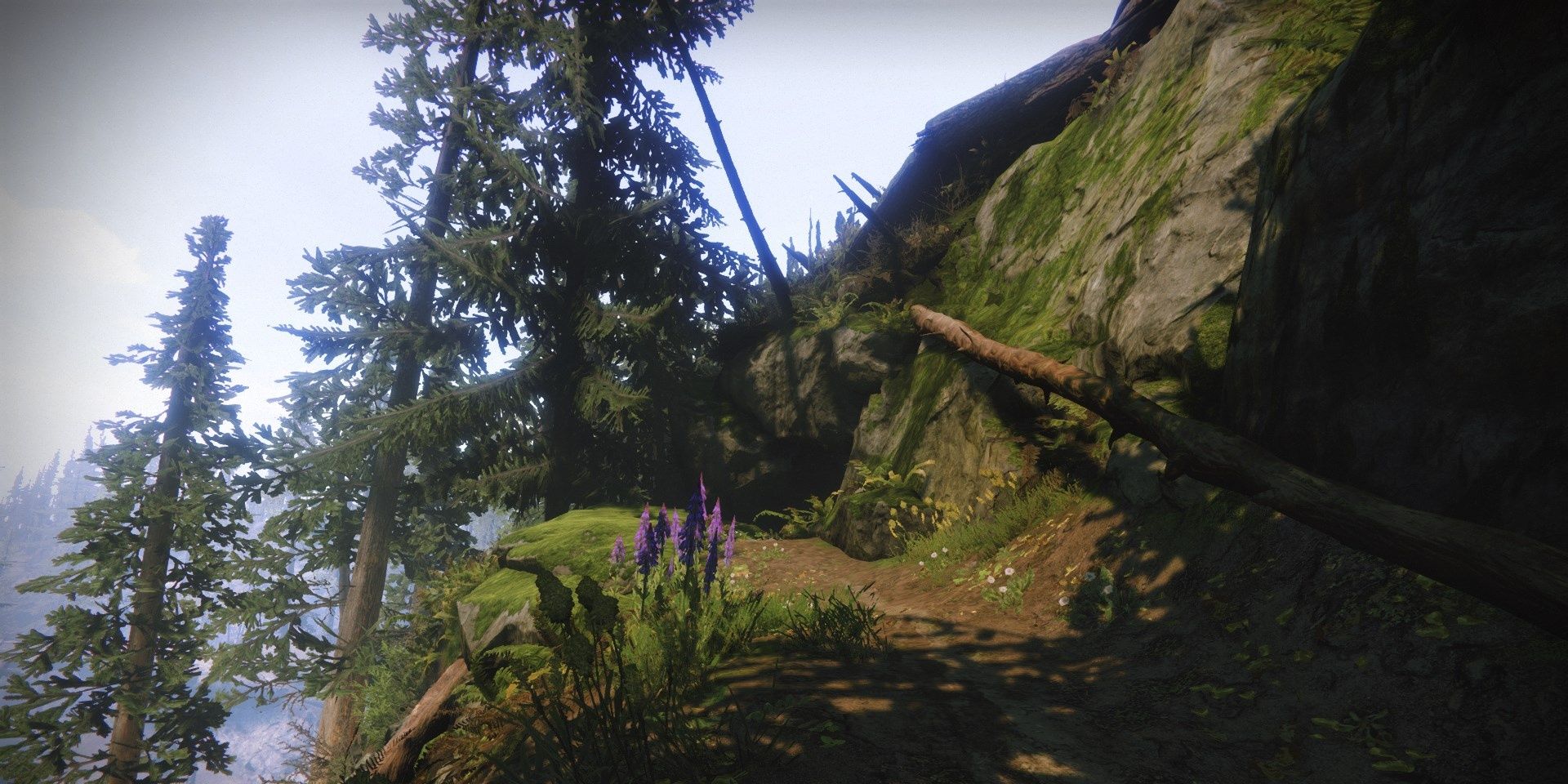 This chest is found in a cave on the western part of The Gulch. Head to the body of water in the northern part of the zone, then turn left to find a narrow dirt path. Follow it to find the cave and chest residing within. 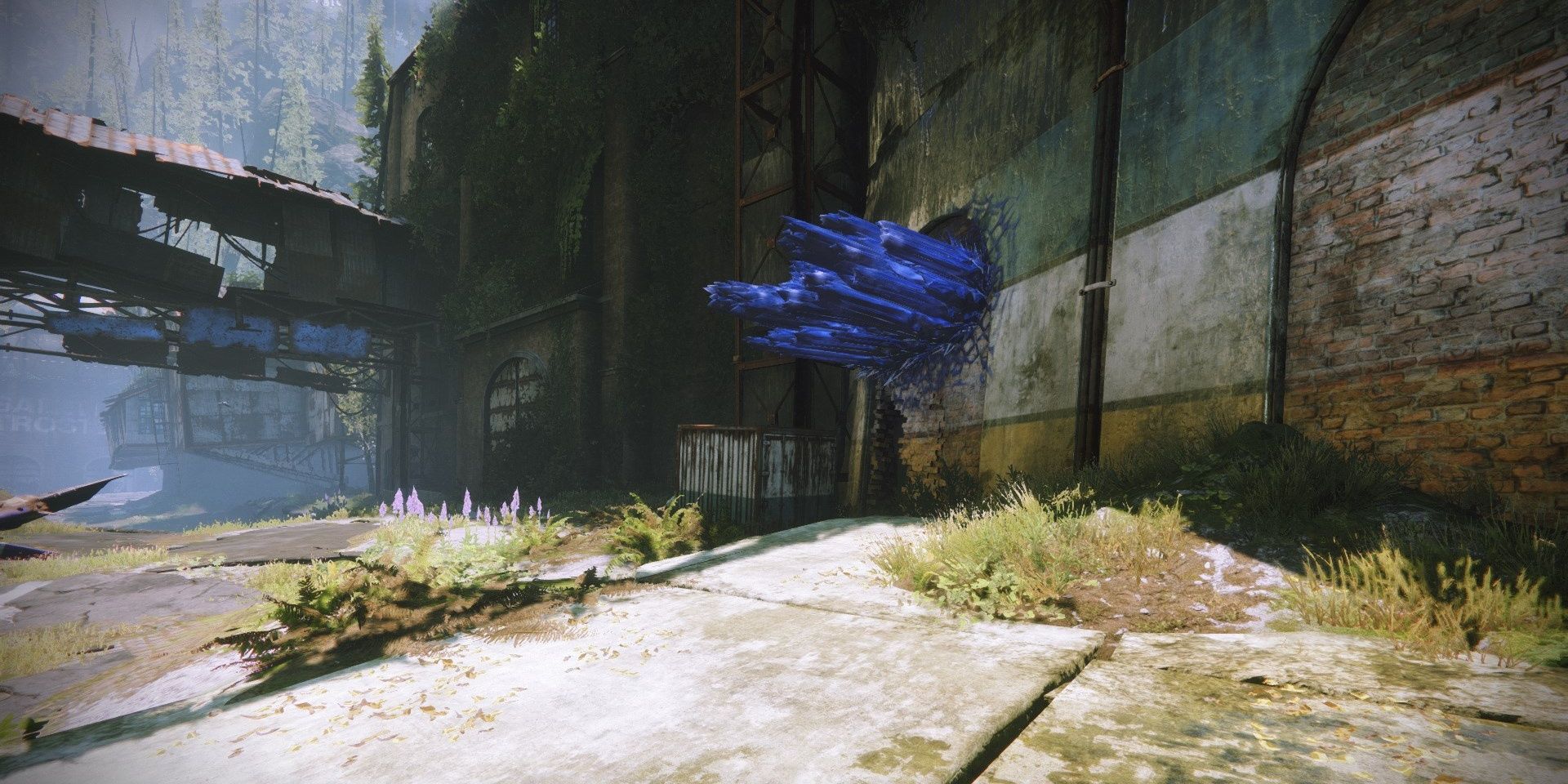 A crack in the wall can be found in the southern part of The Sludge. The Stasis crystals above show where this crack is. Enter the wall to find a region chest. 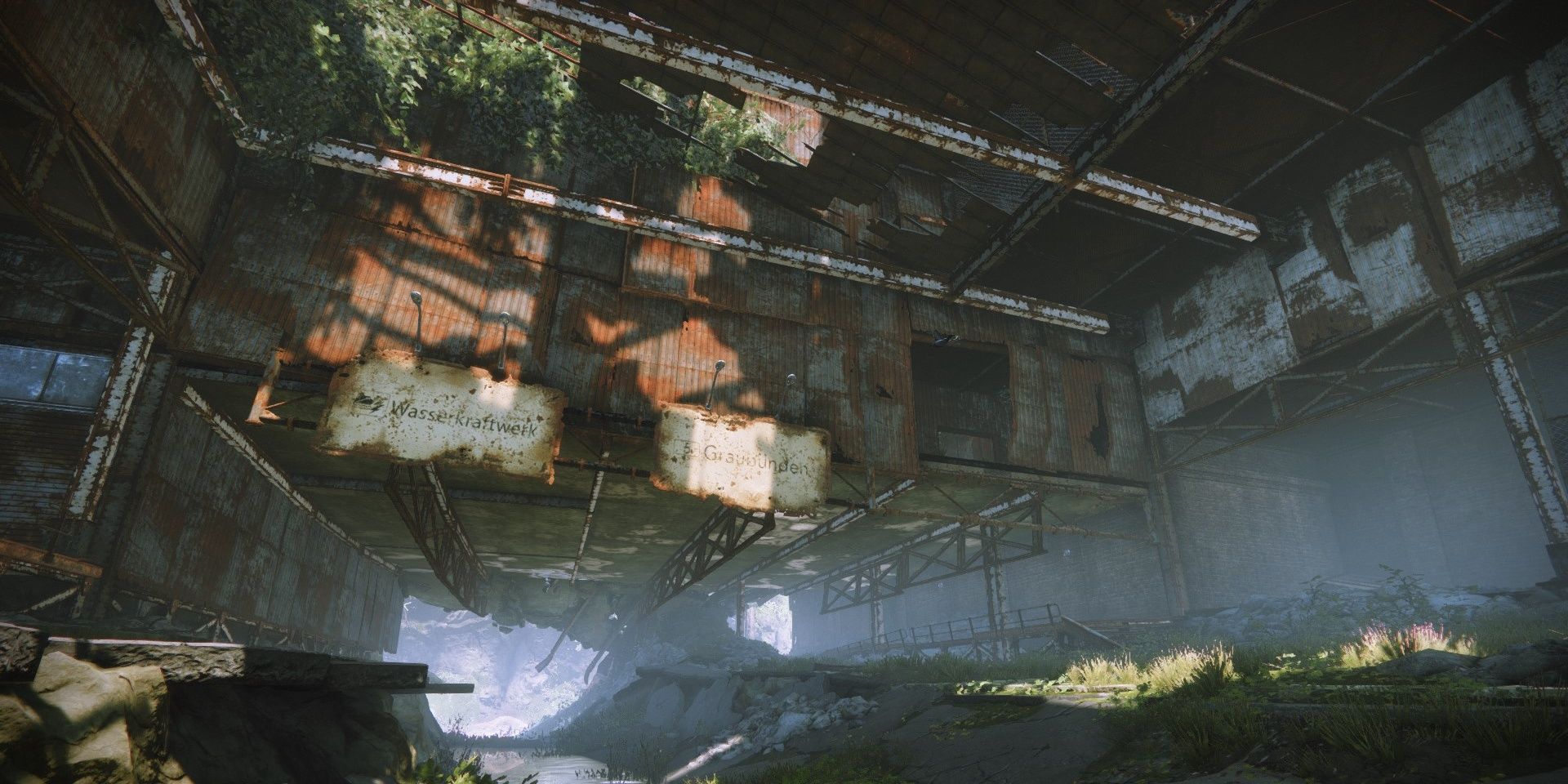 The eastern building in The Sludge has a road that runs north. When you reach two signs, look up and to your right to find a hole in the building. Jump up there, enter the following room, then jump up a floor to find a region chest. 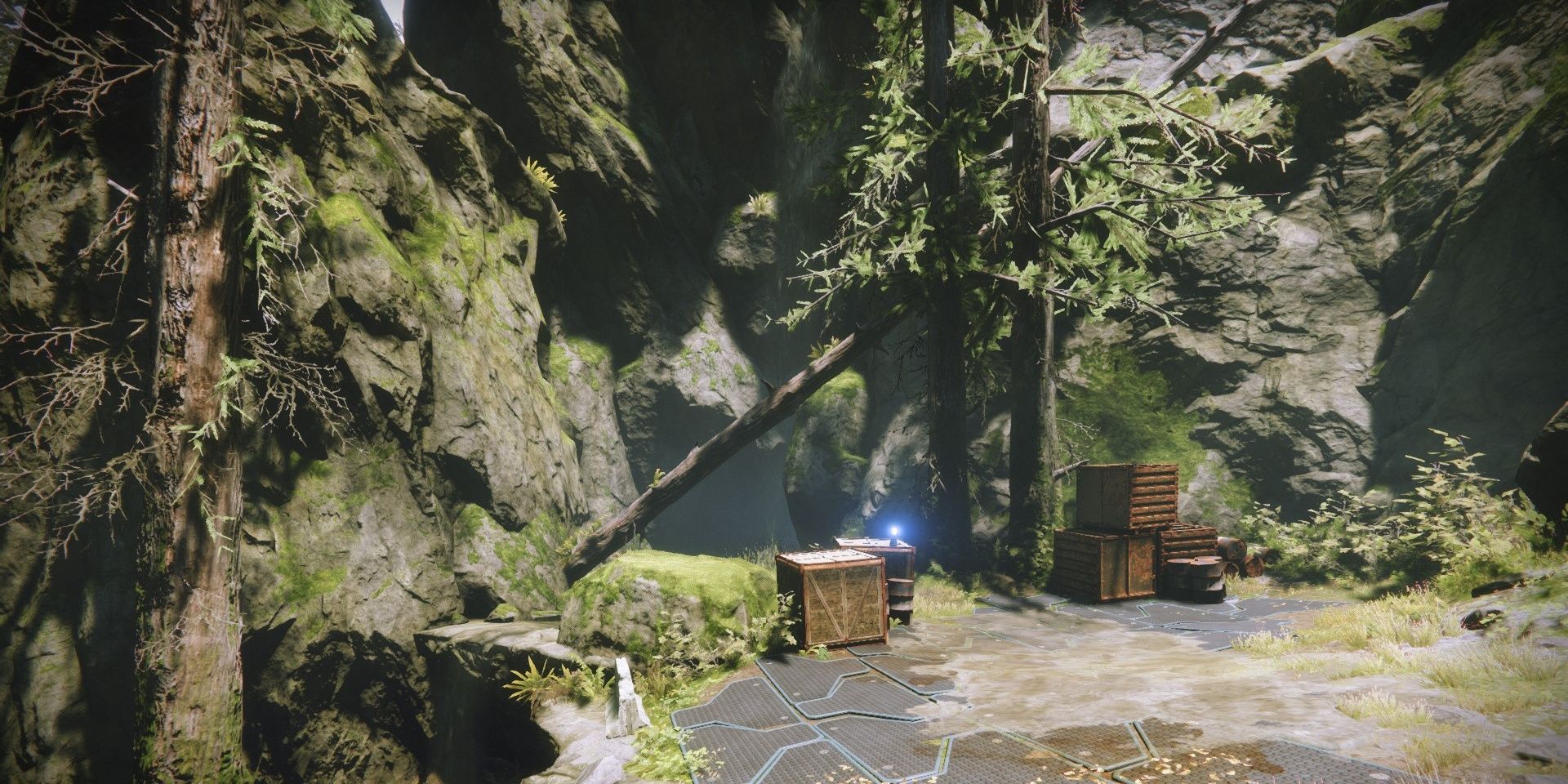 Spawn at The Sludge. From the landing zone, turn right and run through the waterfall. The end of this hidden path has a region chest.

Next: Destiny 2: Beyond Light Complete Guide And Walkthrough 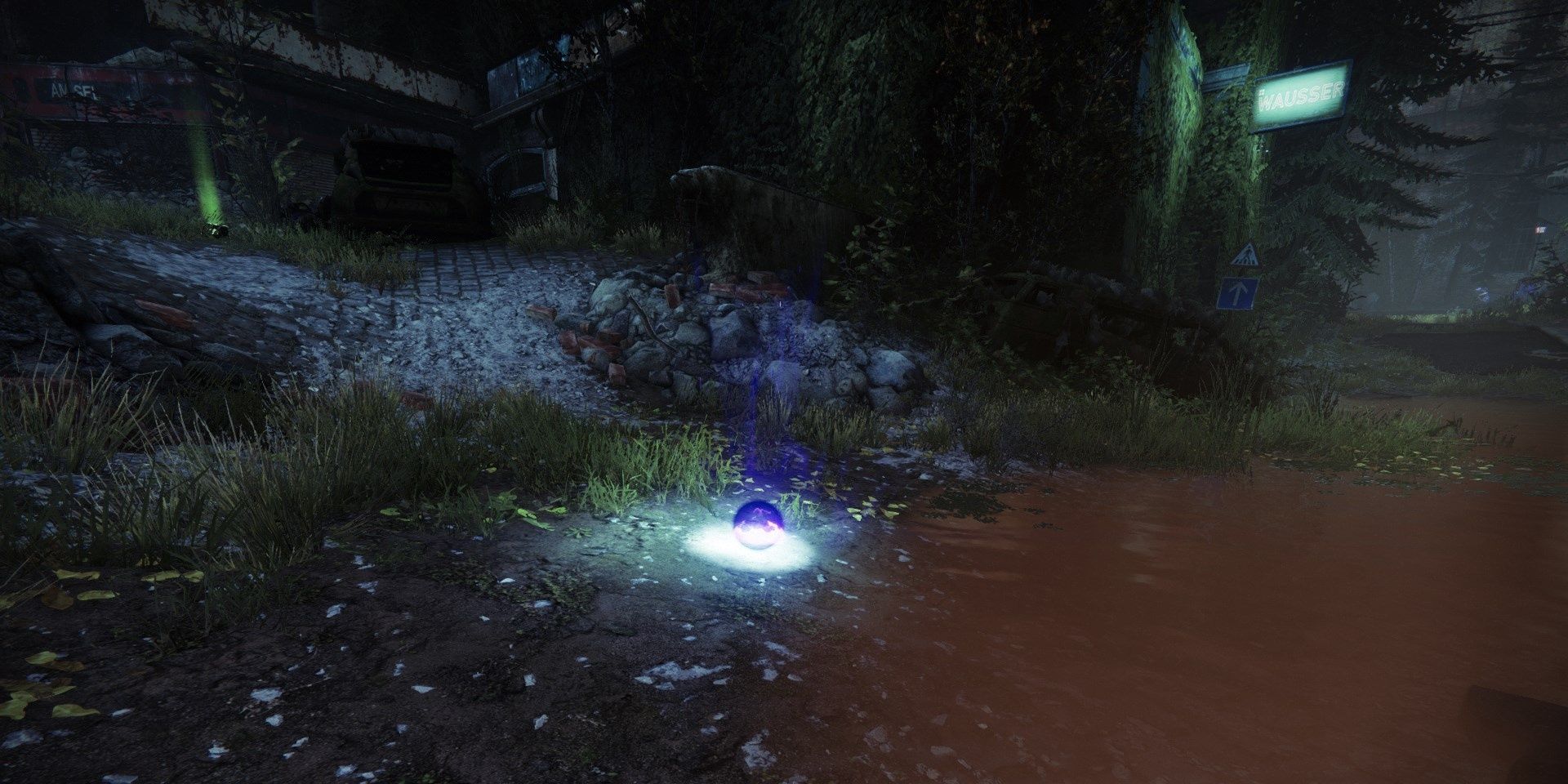