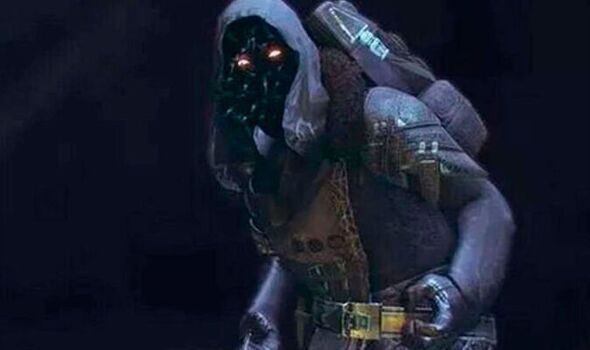 Xur is back in Destiny 2 with the sought-after merchant setting up shop in a new location today. As per usual, Xur will be dropping into Destiny 2 at 6pm UK time and will be moving to one of his usual haunts. Last time around Xur was found in the EDZ at the Winding Cove.

If you’re curious what Exotics Xur had in stock last time around, a list of the merchant’s previous wares…

– Exotic Engram: 97 Legendary Shards (you can now purchase a second with an Exotic Cipher)

Destiny 2: Vow of the Disciple race teased in trailer

Once Xur’s new location is discovered by Destiny 2 players Express.co.uk will update this article, also listing what’s in stock until the next weekly reset.

Xur is dropping into Destiny 2 ahead of the start of next season, which kicks off next Tuesday.

In the run-up to this new launch Bungie published their latest This Week at Bungie blog post, which began with the Destiny 2 makers offering their support to the victims of the Buffalo mass shooting.

The supermarket attack left 10 people dead and three injured with almost all of the victims black.

Authorities identified the gunman as Payton S. Gendron of Conklin, an 18-year-old who travelled 200 miles to the supermarket.

After the attack a manifesto allegedly posted by the gunman emerged which featured racist, anti-immigrant views and claims that white Americans were at risk of being replaced by ethnic minorities.

The hate-filled document references the Great Replacement conspiracy theory that US right-wing politicians and personalities such as Fox News host Tucker Carlson have pushed.

In the latest This Week at Bungie the Destiny 2 makers said: “Before we dive into our final TWAB of the Season, we’d like to spend a moment focusing on an important message that our Black at Bungie inclusion club published on Tuesday. Our hearts go out to the victims of the tragedy that occurred in Buffalo, NY, last weekend, and anyone impacted by this act of violence.”

While in a separate statement, that was linked through in the blog post, Bungie explained how they were donating all profits of its ‘Be Heard’ pin to the Southern Poverty Law Center for at least one year.

Bungie said: “On Saturday, May 14, a young white man drove hours from his home to a Black neighborhood in Buffalo, New York, and opened fire in a crowded supermarket, killing ten people and maiming three others. It has since been confirmed that this was an act of terror aimed at Black Americans and is being investigated as a hate crime. Our hearts go out to the victims of this tragedy, and anyone impacted by this act of violence.

“Bungie and the Black at Bungie inclusion club have worked together to respond to this tragedy. We are currently showing our “Be Heard” Pin on the front page of the Bungie Store. Starting today, and for at least one year, all profits from this pin will be donated to the Southern Poverty Law Center, a charity whose work includes monitoring hate groups and other extremists throughout the United States and exposing their activities to the public, the media, and law enforcement. In addition, our studio is committed to supporting the success of our ID&E initiatives for 2022 and beyond. We understand the fight for equality and equity is not easily won but is a constant effort by all people.”

Bungie also linked to a GoFundMe page that is raising funds for the families of the victims of the Buffalo shooting.

You can head to the fundraising page by clicking here.