Exploring in an open-world game is fun enough on your own, but sometimes having a buddy there can make it much more fun. Chaos loves company and thankfully Destroy All Humans 2: Reprobed comes with some pretty unique options for multiplayer that will keep you and your co-op partner occupied for hours.

Right from the jump you can bring a friend along for the ride through the main story, or test your skills against each other in some fun PvP modes. For those checking out the game for the first time, it’s an option that can sometimes go overlooked, but it’s worth trying if you have the chance. It'll let you get to grips with the game, try out different weapons and customize how you want your particular alien invader to look. So to get you up to speed on the joys of co-op, here’s a useful guide to the multiplayer in Destroy All Humans 2: Reprobed. 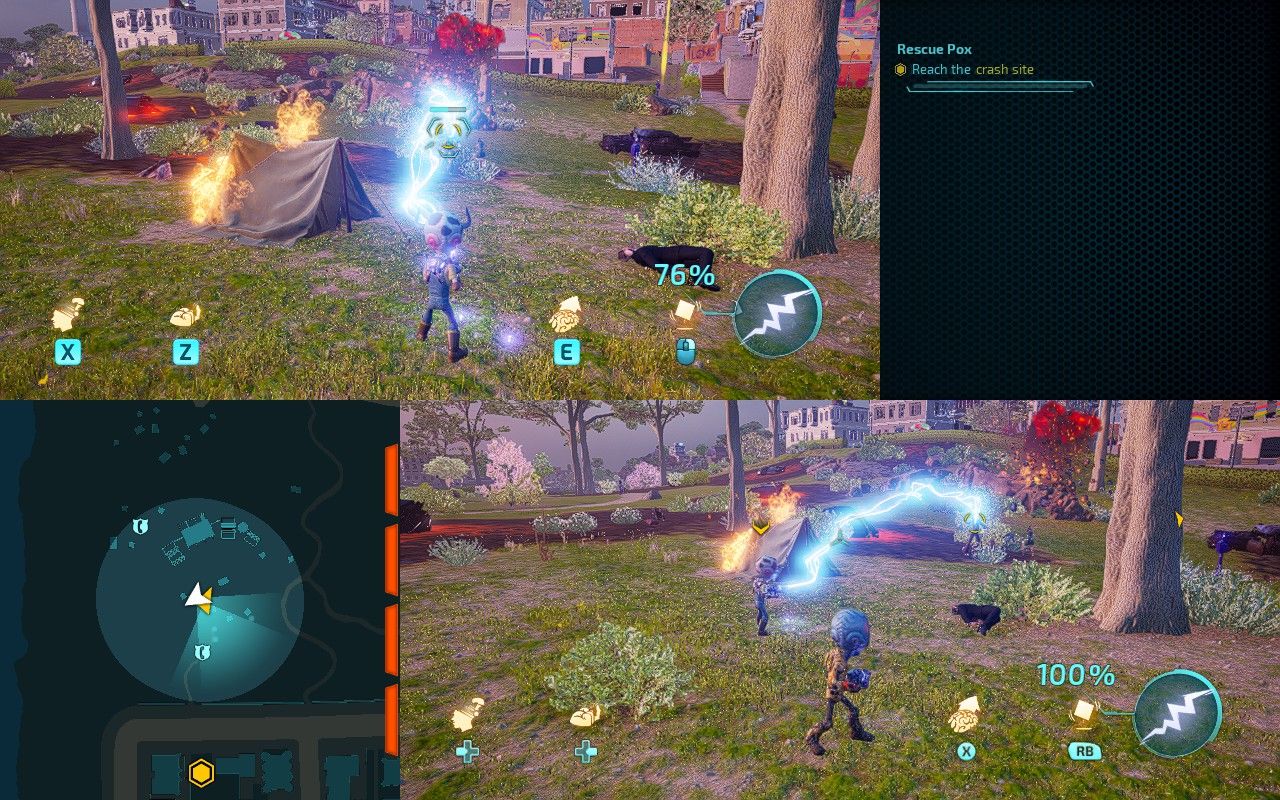 The great thing about the multiplayer in Destroy All Humans 2: Reprobed is that there are multiple modes to try out. For starters, you and a friend could power through the entire story campaign from the beginning, or mess around in the open world to your heart's content for as long as you like. Plus, unlike other open-world games of the time where co-op partners could only go so far from one another before being teleported back, here you can pretty far. Perfect for pairs that like to comb over every inch of the map for secrets.

The other options are more PvP orientated, but they’re still an absolute blast to blow off some steam on. There’s the Duel mode, whereby you and a friend fight to the death to hit a score counter by basically murdering each other. You get 100 points for a player kill, but also smaller handouts for taking out hostile NPCs if you're up against someone that's better at the game, so there’s some strategy in this relatively simple deathmatch mode. Finally, there’s PK Tennis. Here you and a friend play tennis with Psychokinesis, and the first to hit a certain score marker wins. It’s a very simple mode, but matches can be quick and it can get quite competitive.

How To Start Multiplayer 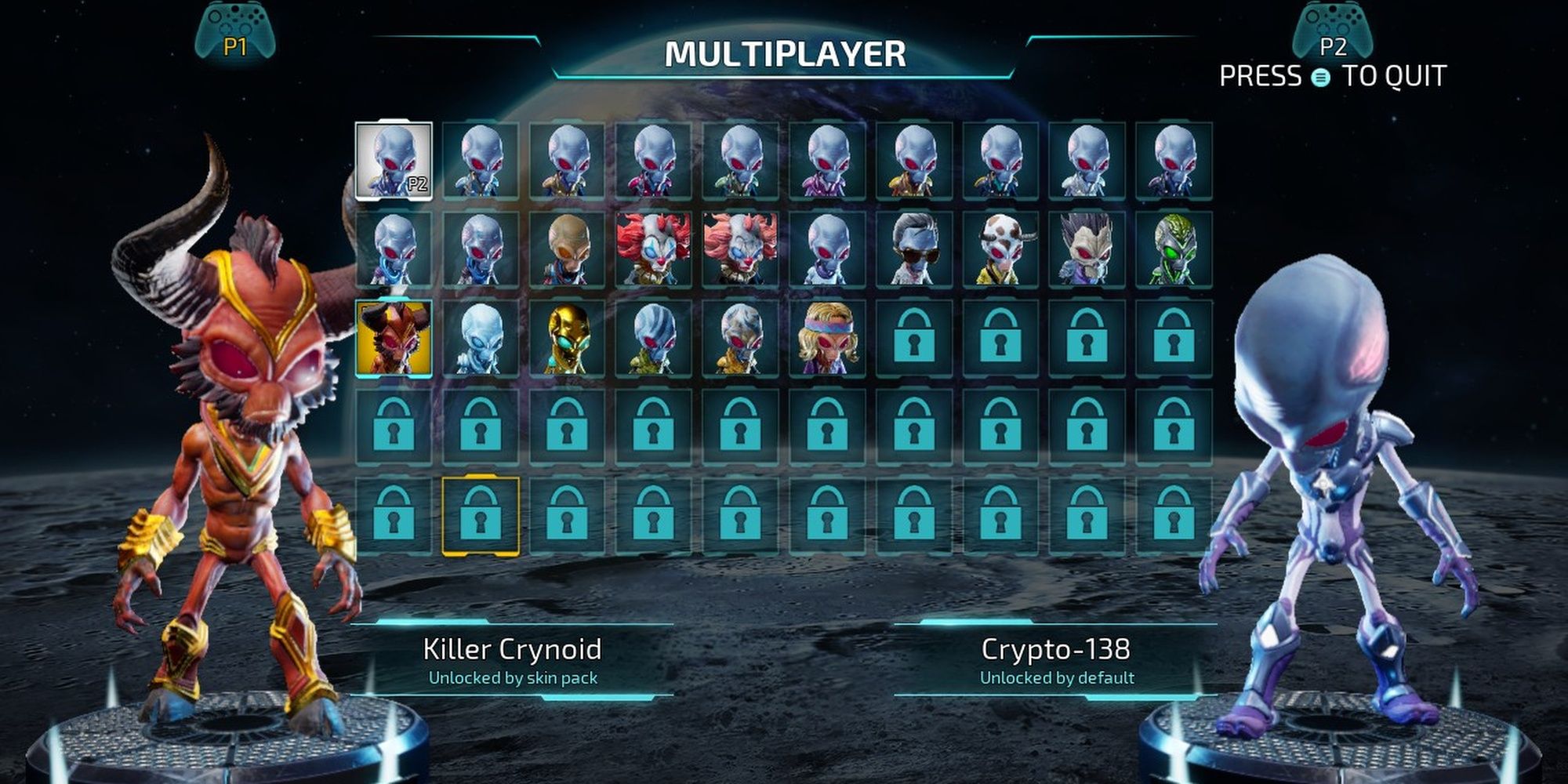 If you’re keen to jump right into the multiplayer mayhem of DAH2: Reprobed, then it couldn’t be easier to get started. To begin, at the main menu screen select Multiplayer. From there you’ll be presented with the three options that were mentioned previously.

You just have to pick which one you want to play, the skin you would like Crypto to wear and that’s pretty much it as the game will take care of the rest. Although worth noting is that it may seem like there’s only an option for local split screen, you can still invite someone to your game. For example, those playing on Steam can use the Steam Share option to invite a cooperative friend in need, even if they don’t own the game. Which is pretty handy for those on a tight gaming budget or if you have a friend that's interested in trying the game for themselves before buying it. 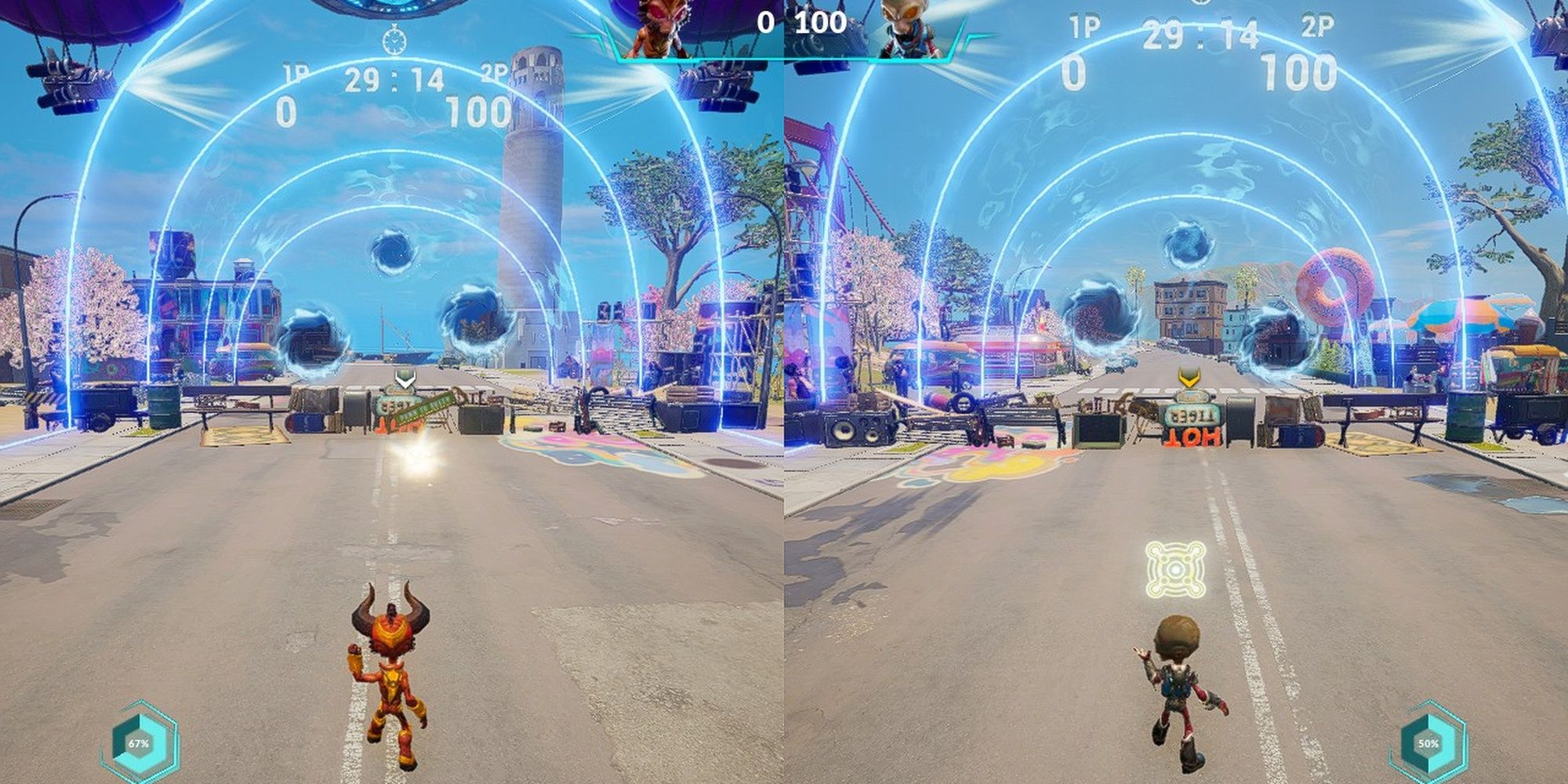 The multiplayer in DAH2: Reprobed is fairly straightforward to get going. You just press the button, pick the mode, grab a friend and go. But, there are still a few things that are worth knowing that can either catch you out or generally help things flow a little better.

To make the transition into multiplayer madness a smidge smoother, here are some useful tips for anyone that’s interested in playing Destroy All Humans 2: Reprobed with a friend.

Be Careful With Your Save Files 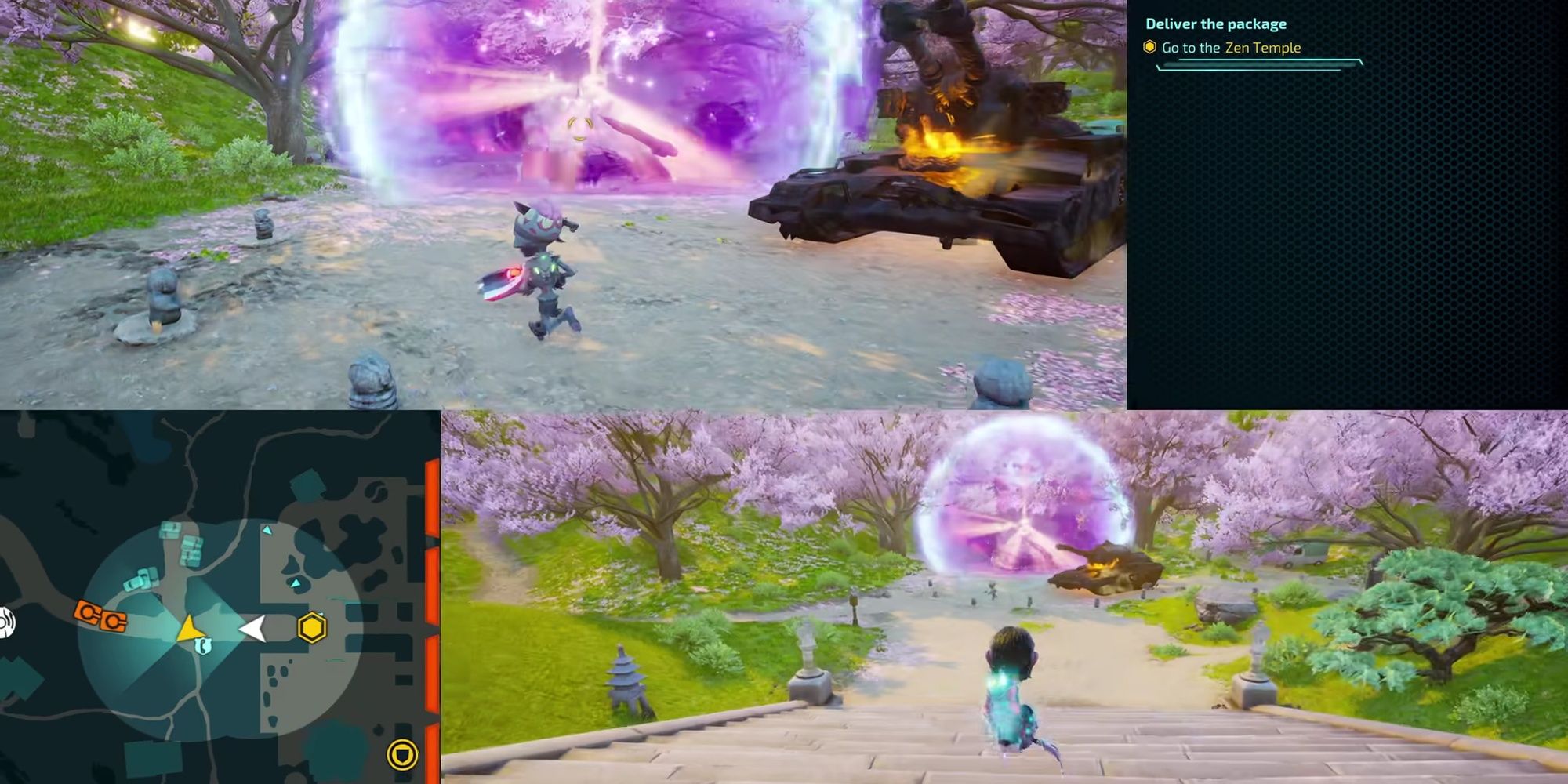 It’s a very simple tip, but if you’re starting out a multiplayer campaign for the first time, be careful of where you stick your save file. Unfortunately, if you’ve progressed through the main story in single-player. So you can’t do a drop-in, drop-out session with your friend.

Instead, you’ll need to start the game from scratch and load up that save every time you want to play through it in multiplayer. If you’re not aware of this, what can easily happen is that you’ll accidentally delete your single-player save when you think you’re loading it up for multiplayer. It’s a very minor nitpick, but it can be pretty frustrating if you've already sunk a substantial amount of time into the game on your own. So try to remember which file has what mode attached to it to avoid unintentionally losing progress. 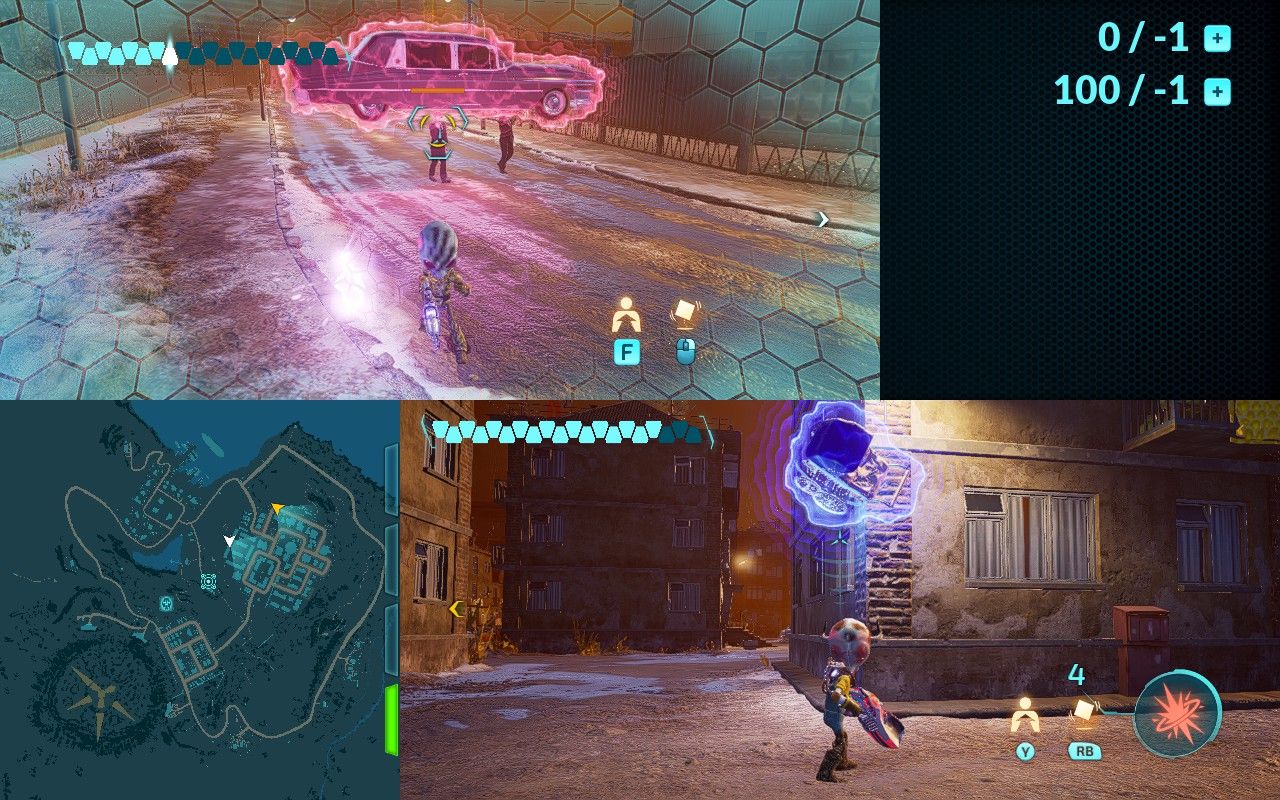 It’s not something you’ll run into that often, but occasionally Destroy All Humans 2: Reprobed can get a little laggy. Especially later on when the levels get pretty sprawling and the number of goons and ghouls that get thrown your way increases and scales up in strength. That's when you'll usually notice a performance drop.

Throw on top of that some of the more particle-heavy weapon attacks like the huge blasting field of the Ion Detonator and the game can start to chug a little. Tweaking some settings can fix this if you’re on PC. Fortunately, the console ports seem to handle it fairly well.

Stability improvements will no doubt change over time with patches. But for now, be aware that the frame rate may dip a little.

Friendly Fire Is A Killer 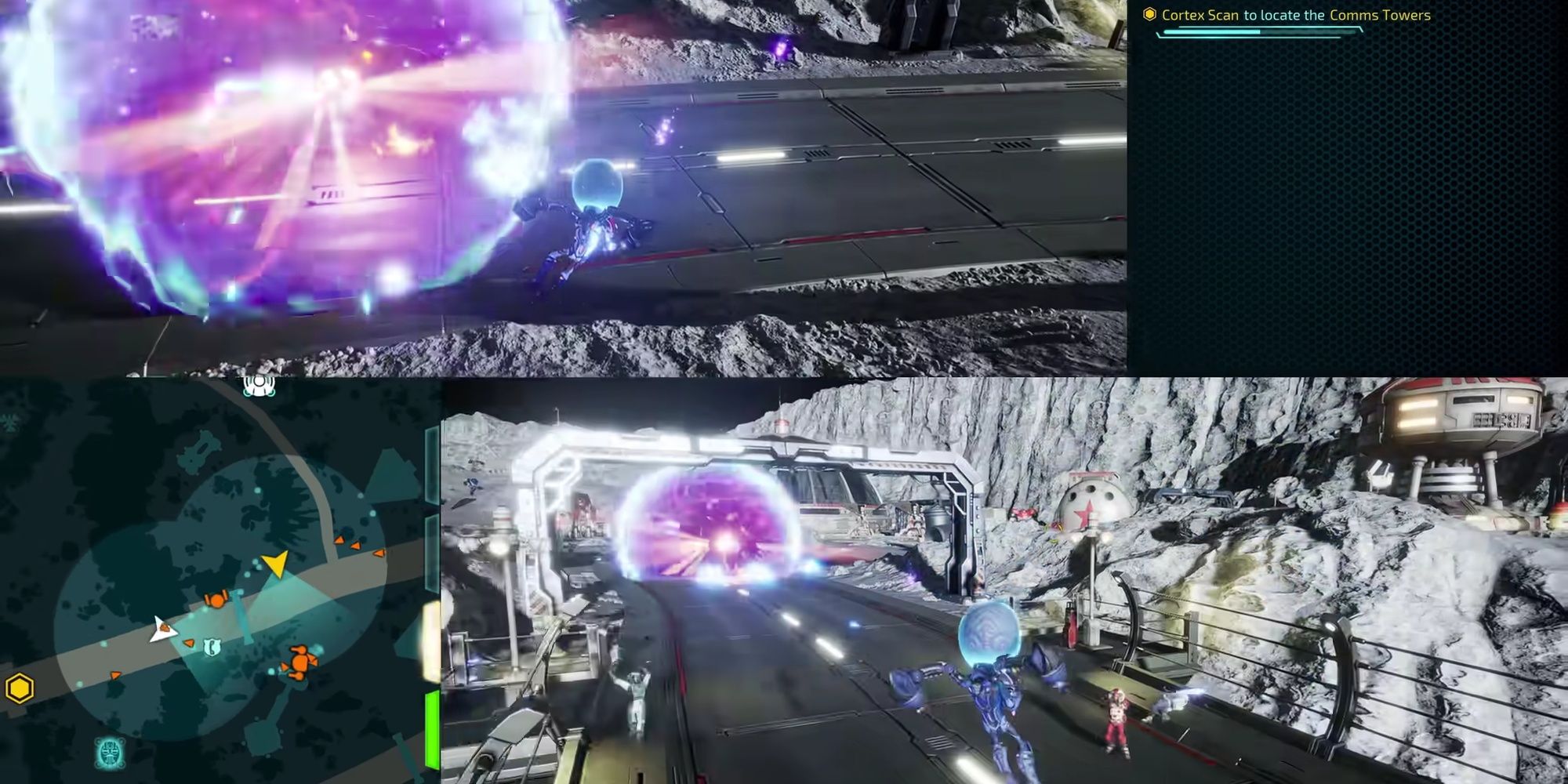 Another minor tip that’s worth keeping in mind is that friendly fire is a thing and it can kill you often, especially if you’ve got a trigger-happy friend. Keeping an eye on where your shots are going is something that’s highly recommended.

It’s not an issue that you’ll run into with some of the smaller weapons like the Zap-O-Matic and the Disintegrator. But the big guns like the Meteor Strike and the Ion Detonator can cover a lot of ground and their splash damage can easily kill you or your partner. It’s easily done since most missions descend into absolute anarchy as the game throws wave after wave of heavily armed dudes and monsters in your direction and one stray shot is all it takes. So watch your fire. 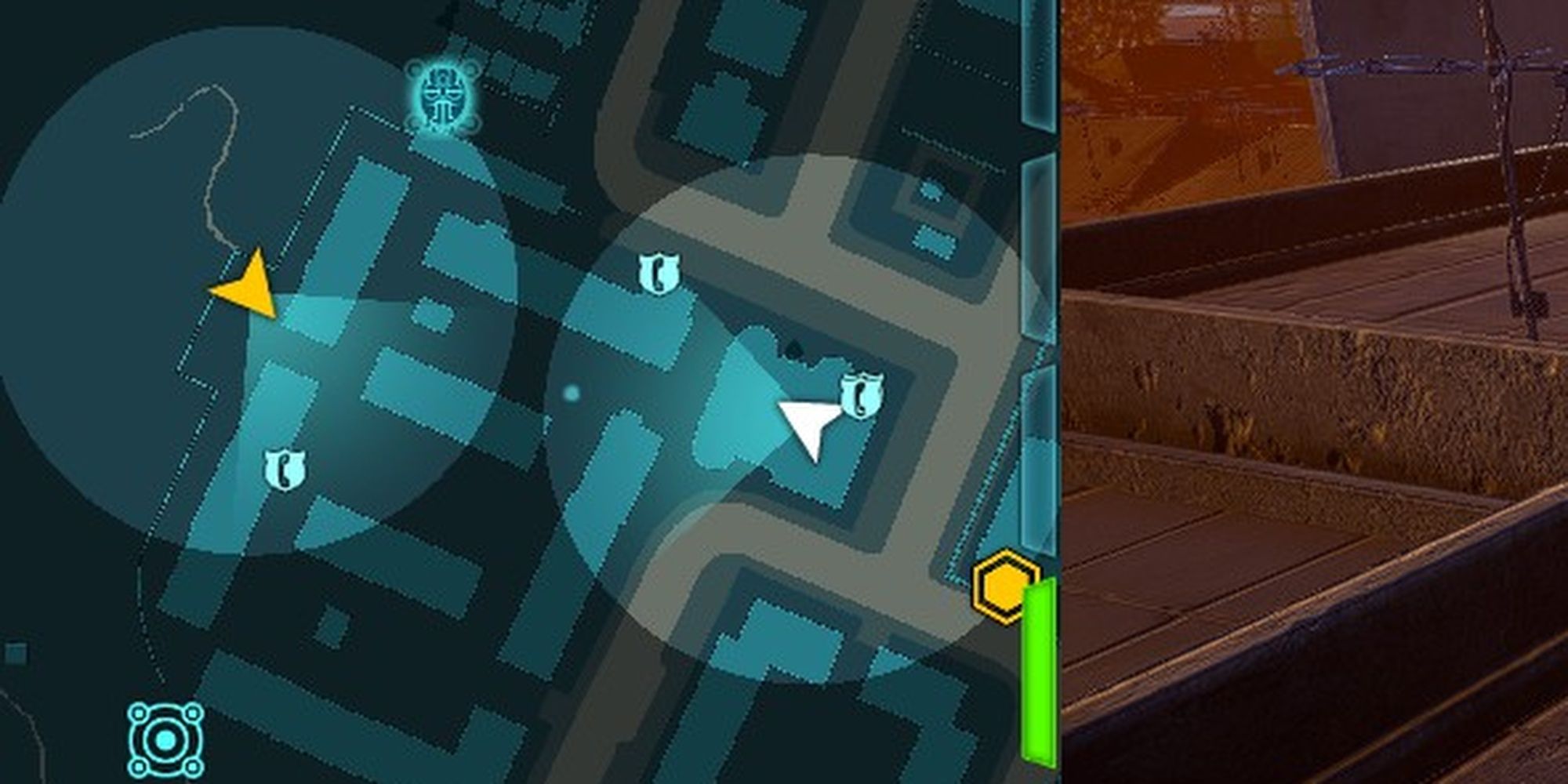 A fun little feature of Reprobed over the original Destroy All Humans 2 is how it handles distance. Previously, older consoles got around their limitations in multiplayer by using a tethering system, thankfully it seems to be gone here. For those not familiar, tethering basically involves teleporting players closer to each other once they go out of a specific range.

Here the map is completely open and you can use that to your advantage with how it highlights threats. Because when you’re running around your field of awareness is shown as a circle with hostels appearing as glowing dots within. Keeping those two areas close to each other on the mini-map when you’re exploring basically doubles your range. Making it easier to figure out where your next attack is coming from. It’s not a major exploit, but it’s pretty handy if you’re getting swarmed.