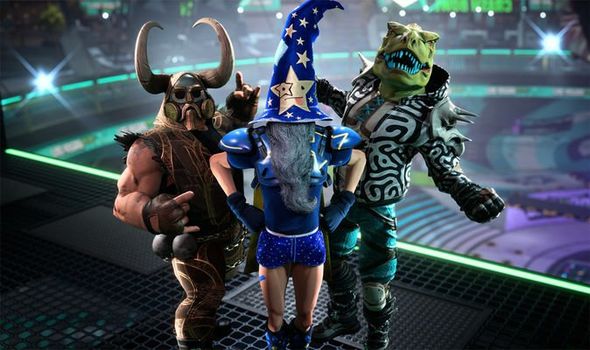 Destruction All-Stars has been given a big new update on PlayStation 5.

The PS Plus exclusive is updated to version 1.3.1, which is the game’s biggest patch to date.

According to the Destruction All-Stars patch notes, the new update makes Mayhem 8-vs-8 playable in teams.

That’s on top of nine new All-Star skins, which includes two Heroic outfits, as well as one Legendary costume.

And speaking of All-Star Coins, players who update the game to version 1.3.1 will receive even more coins after levelling up.

This includes changes to matchmaking, which should result in speedier match times when in the lobby.

Another useful update is the addition of a minor notification in the bottom right of the HUD, which reveals if you’ve experienced high latency for a prolonged time.

• This featured playlist is available for two weeks.

• Increased the amount of AllStar Coins players receive upon leveling up.

• End game podium for solo game modes has been expanded to include the top three players.

• Added an emote prompt on the end game podium screen.

• Fixed an issue where moving from training to multiplayer affected the audio experience, including announcer voice over.

• Fixed an issue that would cause the camera to become detached from the player.

• Fixed an issue that caused parties to split when queuing at the end of a game.

• This should help mitigate imbalanced teams in multiplayer games.

• Fixed an issue that caused some badges to unlock when achieving the unlock condition of other badges.

• We are still actively investigating reports of Trophies not unlocking alongside badges.

• Fixed an issue that prevented players from completing the “Wreck Smoke Commander” Star Objective in Lupita’s Leader of the Pack Challenge Series.

• Fixed Player level number. This should now be correctly reflected across all areas of the UI.

• This should help mitigate instances of players getting stuck in an infinite search.

• Players experiencing high latency for a prolonged time will receive a minor notification in the bottom right of the HUD, near the mini-map.