Dislyte isn’t just about which characters, known as espers, can deal the most damage. However, you’re not going to get far in a squad-based battler without bringing the maximum possible pain to your enemies. We're here to walk through the best DPS espers you’ll find in the game.

There are more than 70 espers to collect and choose from in Dislyte. While they all deal damage, there’s a massive spectrum of how they do so. You’ll find heroes who are lethal versus a single target, and others who can lay down massive area of effect damage. Some are more subtle, debuffing or DoT-ing in addition to having slightly lower initial output. Below we’ll help you find the right mix for each situation. 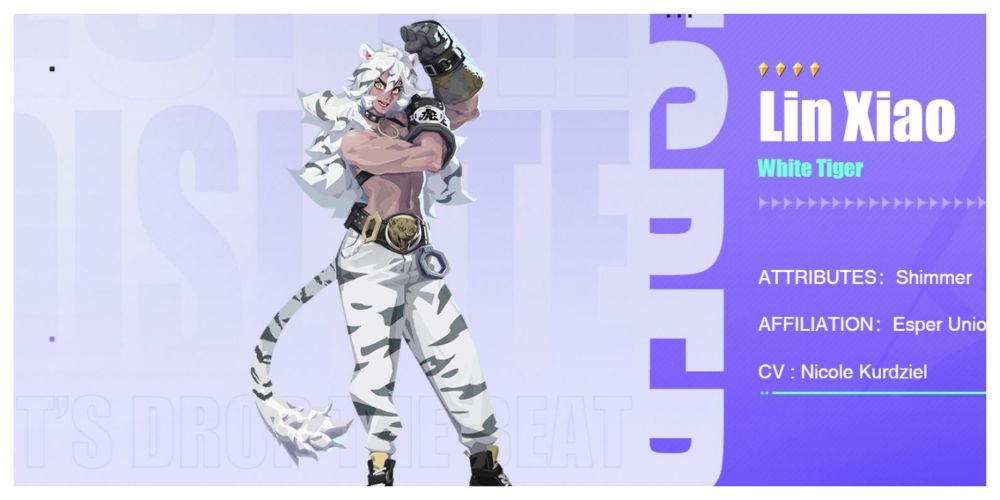 You’ll get a legendary five-star Esper near the start of playing Dislyte, and very occasional ones thereafter. One of the strongest you can be lucky to get is Li Ling, as he’s a well-balanced offensive esper. With a strong all-enemy attack and a powerful single target strike that takes a percentage of the target’s max HP, this makes him very useful versus bosses.

Lin Xiao is a standard four-star esper you can get from normal spins. However, the percentage chance of getting her is very low. This is a shame, as she’s one of the best DPS characters in the game. Like Li Ling, she has both strong individual and all-enemy attacks, with added DoT and debuff effects – making her a strong option in all Dislyte combat modes. 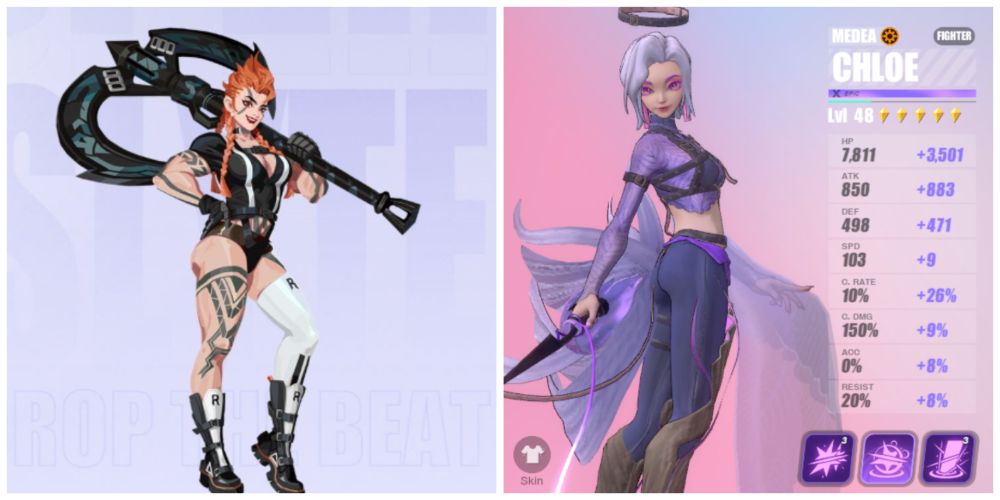 Gabrielle is generally seen as the strongest esper in Dislyte. She’s only a little lower in the list here because she’s as much a support esper as a DPS one. All three of her abilities deal solid or better damage, as well as variously applying DEF and ATK Down to enemies. It takes some work to acquire her through the War Room’s ‘esper fusion’ process, but it does mean she is available free, to anyone who makes the effort.

Chloe is a four-star esper attained through standard Echo draws. Her two main attacks are pretty random, striking unspecified targets. But they do big damage, while stealing and blocking buffs. The striking of random enemies also makes her strong versus boss mob battles with a single target.

Raven is a legendary five-star esper. This means you can only get her through your occasional legendary picks, so it is very much luck of the draw. If you are lucky enough to get Raven, she offers a strong mix of single-target damage (which can ignore DEF) while also reducing enemy AP.

Another strong five-star legendary esper is Narmer. If you’re lucky enough to land this esper, note how his ‘Emblazoned Strike’ attack deals additional damage for each ‘Burning Sun’ he’s collected so far. He gets one per turn through a passive ability, so you'll need to keep him alive for several turns before unleashing a massive strike to all enemies. 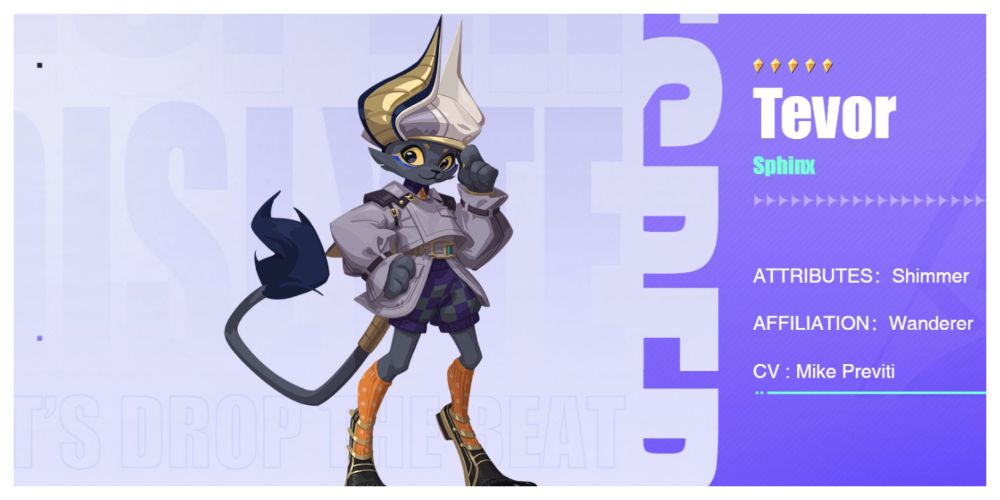 Sander is a standard four-star esper you’ll be unlucky not to get relatively early on. All three of his attacks target a single enemy, but his two stronger ones also have good chances at applying SPD Down and AP-reducing debuffs. Better still, his Captain ability gives the whole team a 25 percent boost to speed – but only in Ritual and Sonic Miracles.

Lewis is another single-target DPS esper that’s very strong versus single targets. Again, he’s a five-star legendary hero, so is very hard to come by. If you do get lucky, you’ll be putting him in every squad that faces a boss monster. Lewis’ ‘Flames of Fury’ attack gives him a crit buff, while his main ‘Rage Avatar’ strike deals massive damage anyway – let alone if a crit goes off.

Tevor is also a five-star legend. This cute cat-like esper does very strong damage against a single target, so excels in boss battles. His damage is always solid, but can be devastating if a situation aligns perfectly. Tevor’s attacks can leave a curse on a target – and if they die while the curse is on them, the enemy deals big damage to one of its allies. 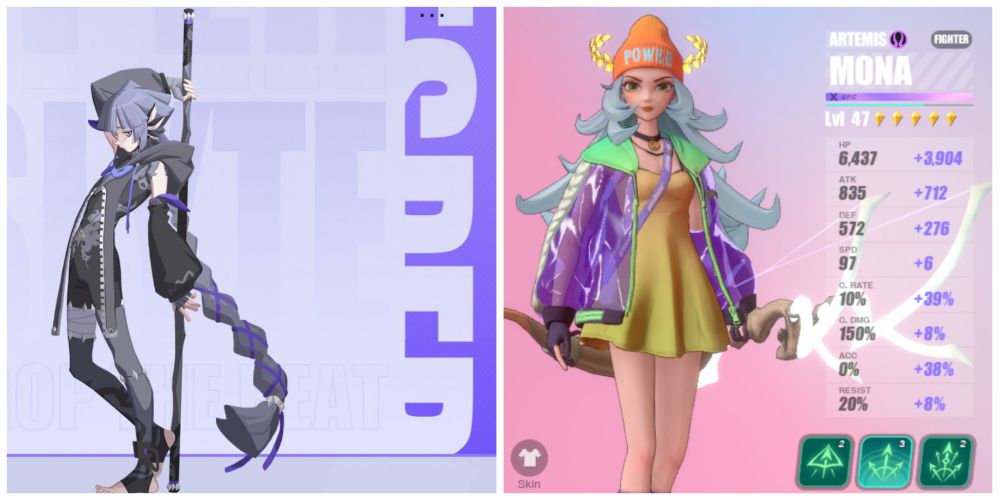 Tang Yun can be one of the strongest normal three-star espers in the game. He does reasonable damage to a single target. If luck is with you, attacks can chain (here called ‘Pursuit’) – and continue to chain – potentially doing massive damage. However, this is entirely a matter of chance.

Tang Xuan is generally considered one of the weaker five-star legendary espers. However, if you do get him early, it is possible to build a very strong squad with Xuan as the focal point. Keep him alive, and Tang’s mix of direct damage and nasty effects (Scorch, Death, and Shackle) can be devastating.

Mona is a good standard four-star esper whose two main attacks hit all enemies, with Hunter’s Mark also granting a self-heal. She’s more than solid through the main storyline, and in all early squads. However, you won’t often see her in high-level line-ups.

You’ll also get solid early game performance from many other frontline espers, including Brynn, Lynn, Freddy and Drew. If you're serious about hitting the heights, though, you’ll want to try and get some of the espers above into your team as early as possible and concentrate your resources on them instead.