Disney Lorcana has unveiled a brand-new card type for the game, with a Maleficent-themed Action card that will be great for removing characters from the table.

Actions appear to be similar to Magic: The Gathering’s instants and sorceries, or Pokemon’s Trainer cards. They provide a one-off effect before leaving, rather than keeping a body on the table like the seven character cards Lorcana had previously announced.

Named Dragon Fire, this is a Ruby Action card that allows you to “banish a chosen character” (‘Character’ being Lorcana’s term for units like Mickey Mouse, Stitch, Elsa, and Robin Hood). Importantly, Dragon Fire doesn’t require you to target your opponent’s characters, unlike the ability found on Maleficent, Monstrous Dragon which is also, confusingly, named Dragon Fire. 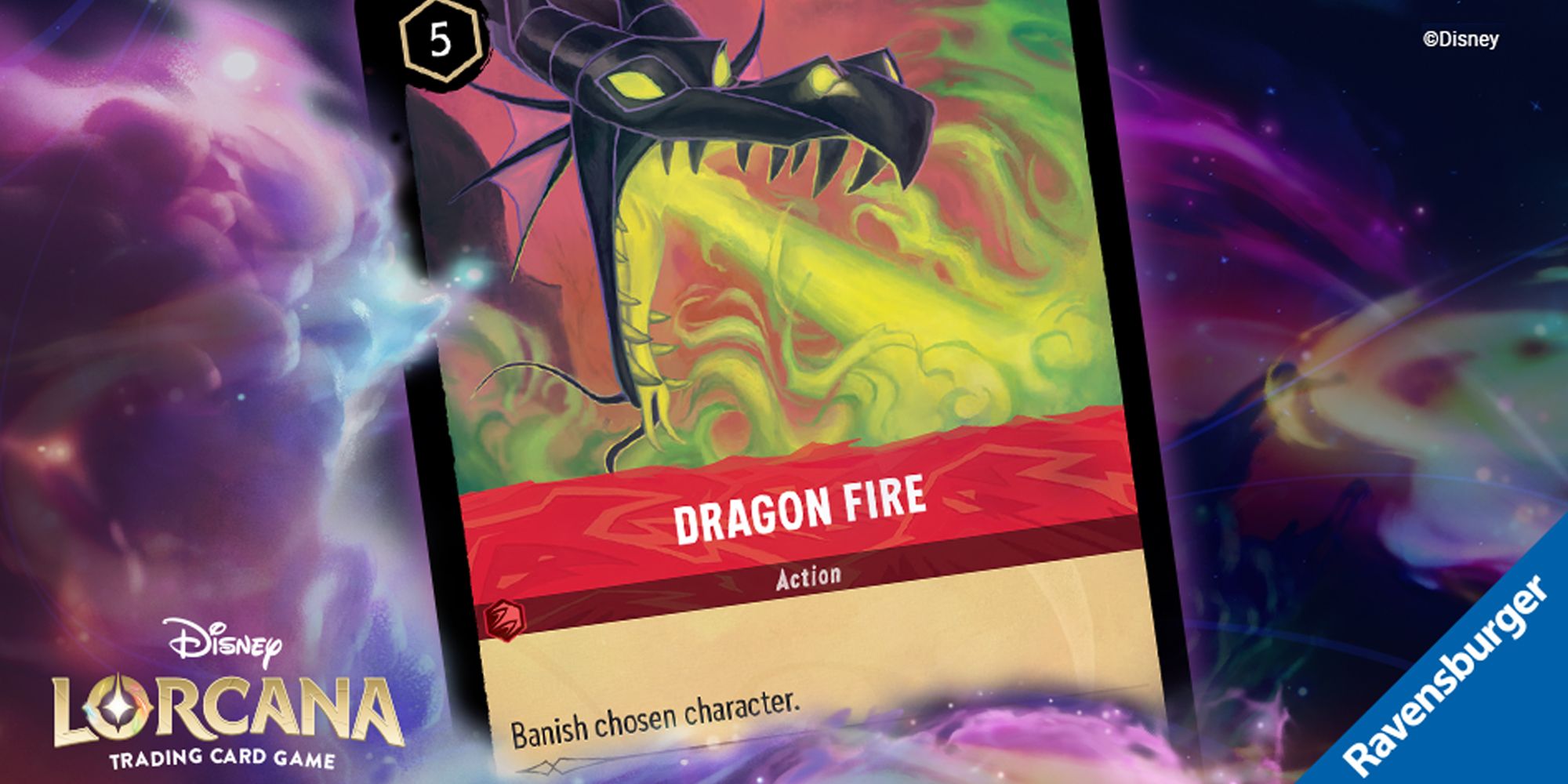 Though information on how Actions will work is thin at the moment, this reveal does give us a better look at how Ruby will play. Lorcana’s cards are split into six inks – Ruby, Emerald, Sapphire, Steel, Amethyst, and Amber –, with each deck only allowing up to two inks at a time. Ruby is the colour we’ve seen the most of so far, and all three cards appear to have a focus on aggressive play, whether that be swinging in with hard-to-block characters like Mickey Mouse, Brave Little Tailor, or using Maleficent or Dragon Fire to banish potential blockers. 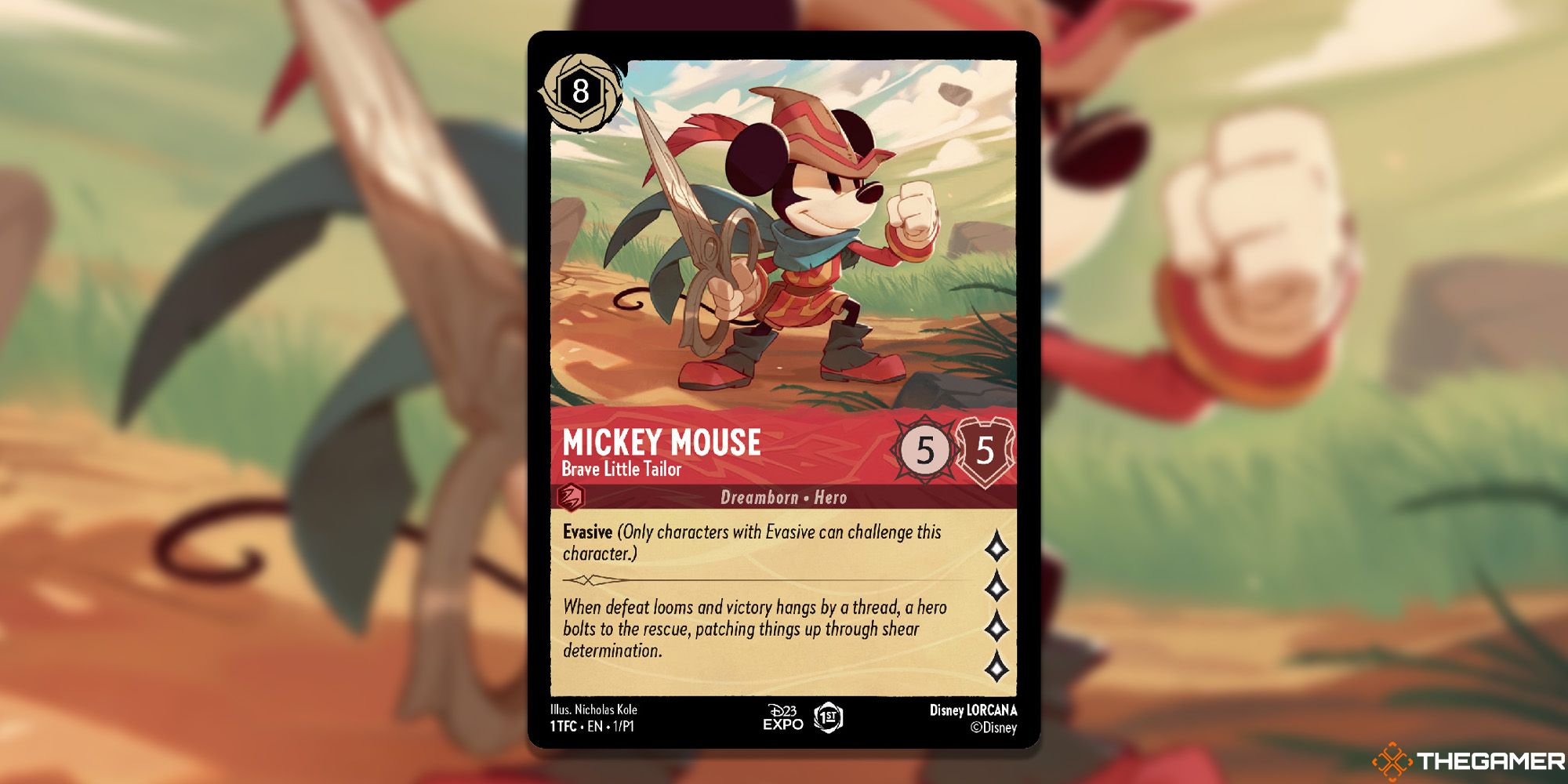 Though the reveal of actions helps flesh out how Lorcana will play as a game, it also raises lots more questions we have yet to be answered. For example, we still don’t know the timing restrictions for Actions. They may be instant speed, much like MTG’s instant spells, or they could be limited to only being used on your turn, like a sorcery or Pokemon’s trainers.

We likely won’t hear much more about Action cards until Lorcana has its full gameplay reveal next Spring. Lorcana is due to launch later in the year, with The First Chapter coming some time in Autumn 2023.