We all get old. We get wrinkles, our faces start to sag, and we put on or lose weight. That’s time for you. So, whenever an old actor is brought back to play the Doctor, there are obligatory explanations or lingering mysteries about why they look so different – Time Crash saw David Tennant’s 10th Doctor meet Peter Davison’s 5th over 20 years after his last appearance, and it hand-waved it with technobabble, saying their meeting “shorted out the time differential”. Sometimes the show just skirted the issue, with Patrick Troughton’s 2nd meeting Colin Baker’s 6th in the Two Doctors back in the ‘80s. But without an explanation for Troughton’s grey hair, fans used it to fuel a popular theory – that the 2nd Doctor didn’t regenerate when we thought he did, and kept on living and living.

But all that needless exposition and ignoring the elephant in the room has just been put to bed with a new idea presented in The Power of the Doctor: ‘The Edge’, a sort of afterlife for a regeneration’s consciousness.

Regeneration is always viewed differently by each Doctor. The 10th saw it as death for his incarnation, that another person would swoop in and take over. In a sense, he was right. But what he missed is that there’s something after that death. In Power of the Doctor, we see the 1st, 5th, 6th, 7th, and 8th Doctors living on in their shared consciousness, retaining their personalities and quirks, as evidenced by 8 refusing to wear the pompous robes. And what’s more, they don’t stay forever as they were, living in eternal youth.

Instead, they continue to age with the current incarnation, continuing to get older and older as the actors do. And now the living Doctor is aware of the consciousness, something that has never happened. They know there’s an afterlife of sorts kept afloat in their own head, keeping each incarnation’s spirit alive while the next saunters off. And with that knowledge comes a wealth of possibilities.

Firstly, it might explain how these older faces come back. 4th Doctor actor Tom Baker returned as The Curator in Day of the Doctor and teased that they’d revisit a few favourites down the line. Maybe that’s done by pulling from the consciousness, letting old ones tag in for a while before the next Doctor arrives. We’re already seeing that now with David Tennant becoming the 14th Doctor before Ncuti Gatwa’s 15th.

The 60th is already changing the way we celebrate Doctor Who’s history. In previous years, it was done by pulling together a bunch of former actors to meet the current Doctor, fighting some high-stakes, over-the-top threat. A long-lost founder of the Time Lords, the erasure of the Doctor’s own history, and the Time War itself – these multi-Doctor anniversary spectacles have always been grand events. But with the 60th, we’re not bringing back old faces to meet new ones (if we are, it’s been kept hidden so far), but having an old face take the wheel and become a numbered Doctor again – 10 is now 14. Tennant has been the Doctor twice.

Secondly, it opens the door to occasional chats with older Doctors, a mini pow-wow between me, myself, and I. The Doctor talks to themselves plenty as is, but now they can rope in other perspectives as each version would have their own approach. Doing it over and over and continuing to dredge up old Doctors would tire it out, but it’s perfect for future celebrations. Rather than relying on the most recent, still young-looking Doctors, anniversary events can celebrate the extensive history of Who without worry. For Paul McGann and Colin Baker especially, that’s beautiful. 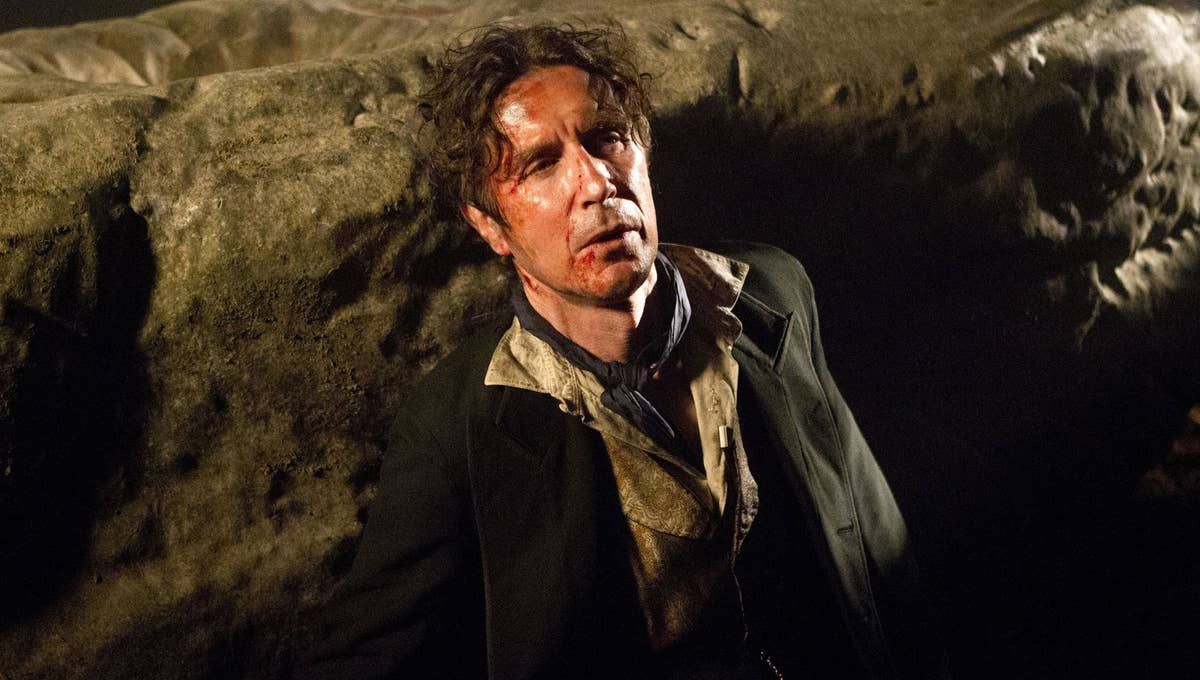 McGann and Colin Baker could finally have their second shot. Baker’s season was plagued with issues from the start. For whatever reason, there was a vendetta against his Doctor, from being written as an insufferable prick whose first action was strangling his companion, to wearing a gaudy rainbow coat that even Baker hated (he wanted to wear a darker costume similar to the ones we saw on the covers of some of his Big Finish recordings). Given this stream of bad decisions that inevitably made Baker an unpopular incarnation, the show was briefly cancelled, before it returned 18 months later, fired him, and carried on with Sylvester McCoy.

Baker didn’t even get his regeneration – he refused to appear because of how he’d been treated. So the 6th Doctor went out by falling and smacking his head against the TARDIS console like a dunce, rubbing salt in the wound. The show was again half-cancelled during Sylvester McCoy’s 7th Doctor run, only to be picked back up again by Fox for an American TV movie. This introduced Paul McGann as 8, giving McCoy his regeneration, but it was panned, and the subsequent series was scrapped, leaving McGann to only have ever appeared on-screen in a TV movie, a mini-episode, and now The Power of the Doctor. 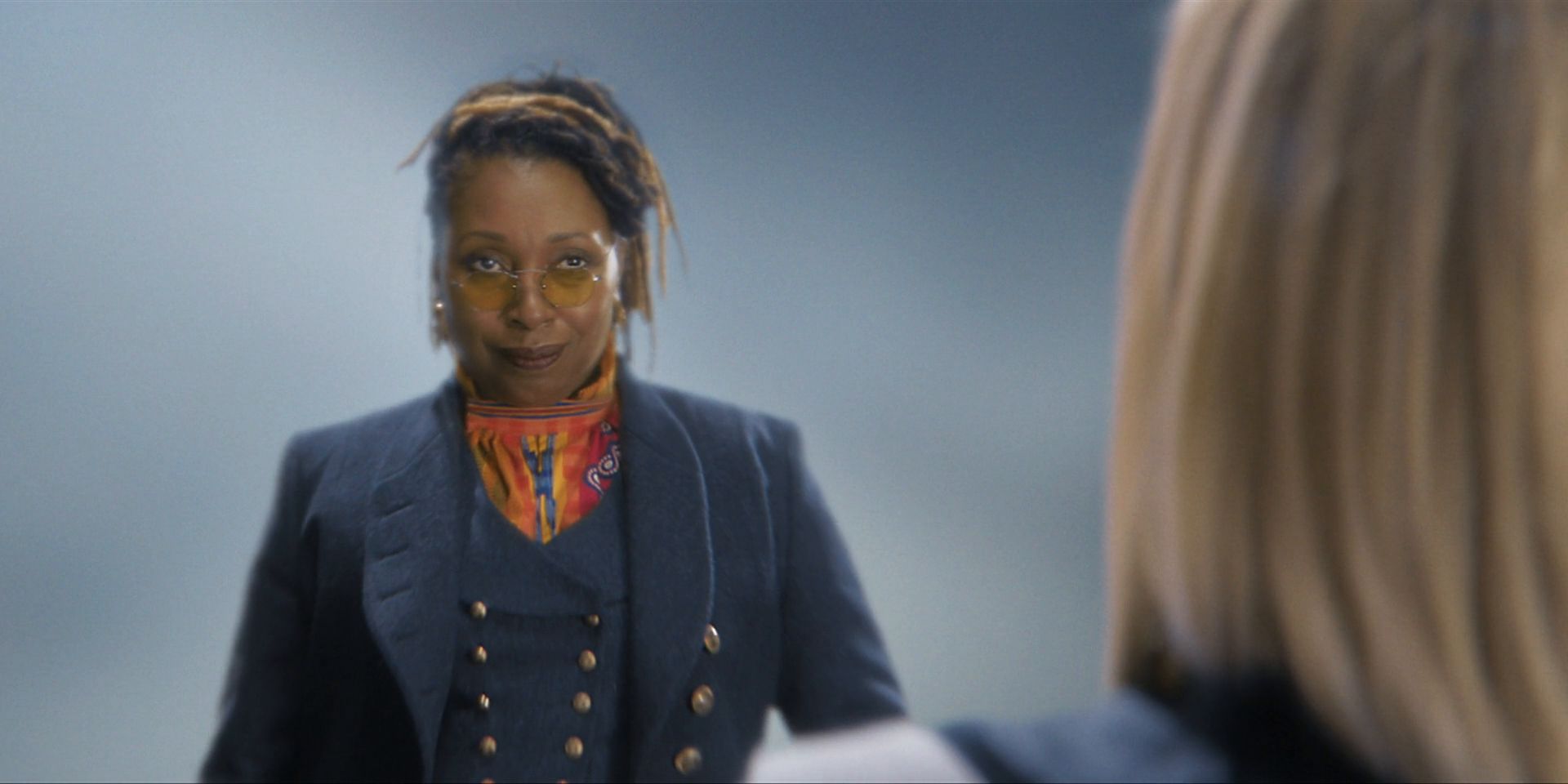 Neither got their time to shine on-screen, but with this new precedent, we could easily see 6 and 8 returning, having their own episodes akin to Tennant and Catherine Tate’s Donna teaming back up for a trio of specials. Or we could meet them again in this consciousness world, chatting away with whoever is at the helm.

Whatever happens, The Edge is the perfect way for Doctor Who to finally right its past’s wrongs and celebrate its history like never before.