We're 28 years on from Doom 2's launch and still, modders are finding ways to keep it fresh and innovative. Divine Frequency is no exception, giving the '90s classic a satanic facelift with Lovecraftian monsters and magic.

"Divine Frequency takes place in a dystopian world where dreams and reality collide," the mod description reads (thanks, PCGamesN). "Contents of the unconscious and the external world are integrated under an emerging constant, which gives rise to anomalies throughout the landscape. You will confront the highest peak and deepest depth to reach transcendence."

The UI has been given a facelift with health, stamina, and armour depicted through sleak bars in the top left, giving the whole game a modern FromSoftware feel, while damage numbers now pop out of enemies. You also have usable items that, in the screenshots, are bound to F and Y, along with inventory capacity. It's certainly more complex than id Software's run-and-gun action. 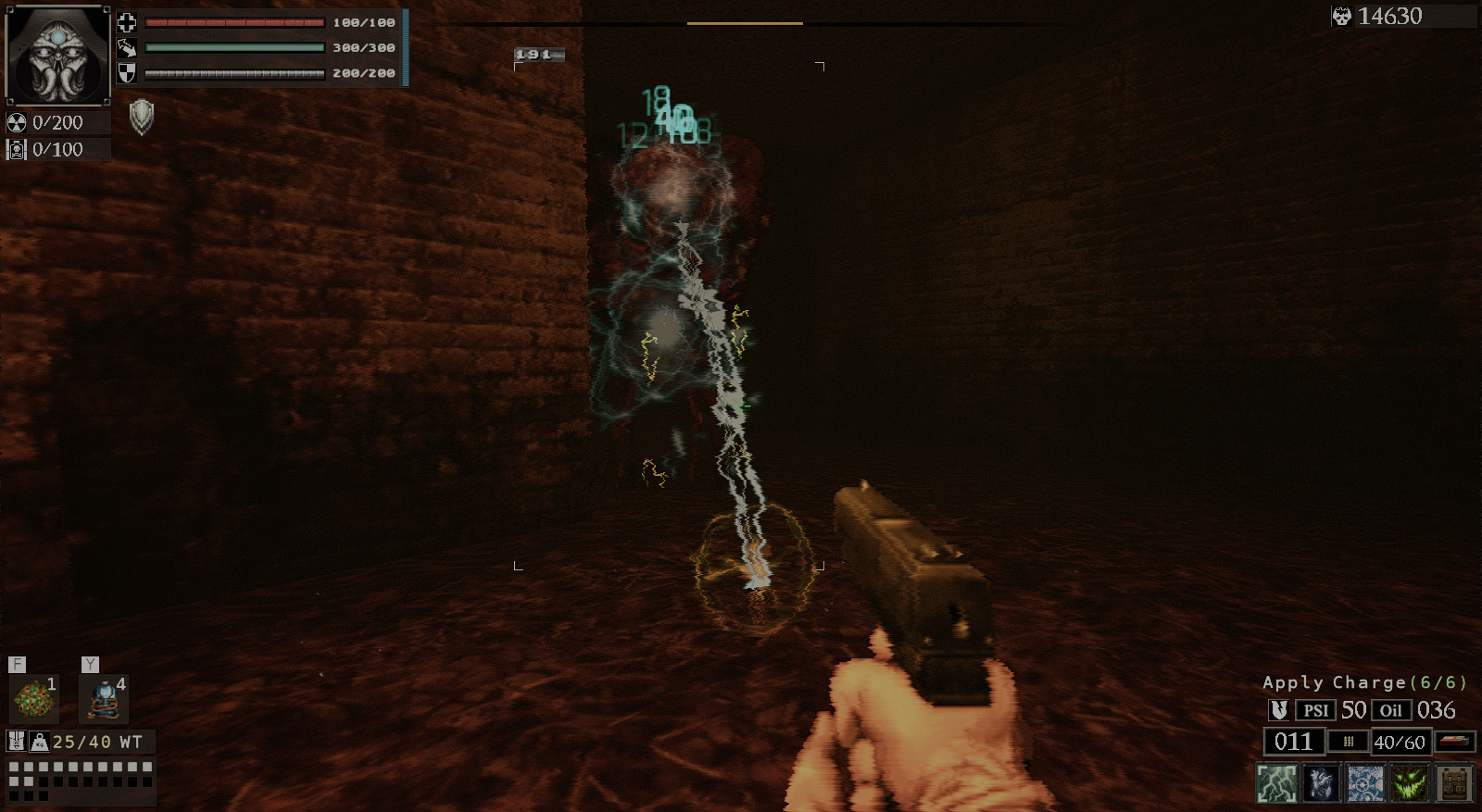 As the description states, the story is about a small town being infected by a parallel universe. Its inhabitants are twisting into Lovecraftian monsters, not unlike the beasts of Bloodborne. You're in the midst of it all with a shotgun and some magical powers, fighting back against the incursion.

The retro charm is amplified with a VHS filter, making it one-part modern and one-part classic, drawing on all kinds of horror games from the past three decades.

This all comes from modder GenghisKhan1109 and Hellforge Studios, but it isn't out just yet. Right now, you can play a one-hour demo for free – there's no word on the full version's release date.

As seen in the clip above, this isn't just a Doom mod but a complete conversion, turning Doom 2 into a whole new game. Rather than finding health packs littered around corridors and secret hideouts, you'll be jabbing needles into your chest, gearing you up for the next fight. You can try it out for yourself right now if you're itching for more Doom and more cosmic horror.