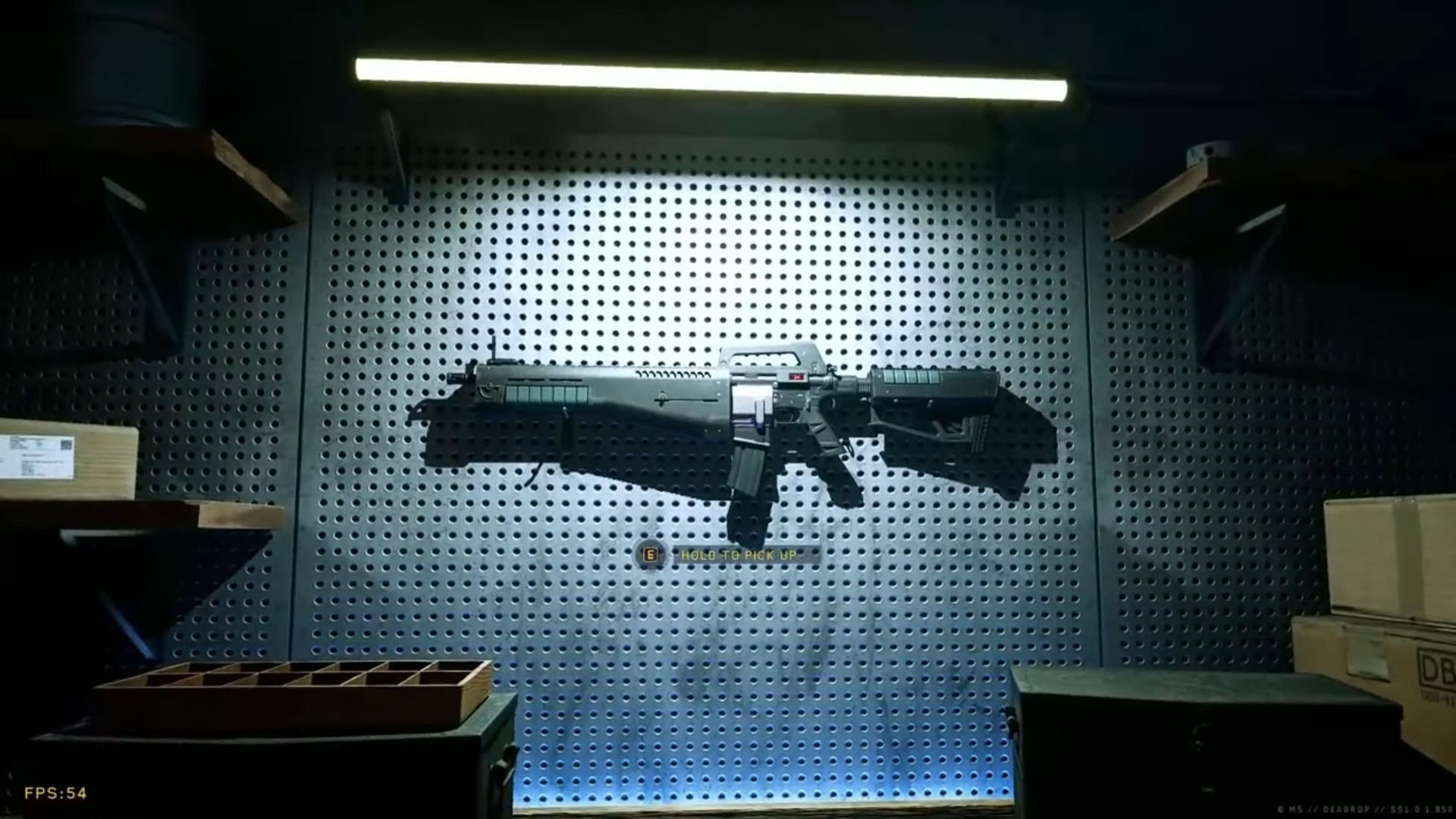 Gameplay footage of Dr Disrespect’s multiplayer game is making the rounds and it’s underwhelming for a supposed Call Of Duty rival.

Although he remains a popular Internet personality, Dr Disrespect (real name: Herschel Beahm IV) announced he would be entering the world of game development last year with his own studio, Midnight Society.

His first game, a vertical extraction shooter called Deadrop, is now playable via a private demo. Although maybe demo isn’t the right word since it doesn’t seem to demonstrate how the game actually works.

Footage of the first gameplay ‘snapshot’, as it’s called, is being shared online and it consists entirely of a simple firing range, plus a small outside area that shows off what the city setting looks like.

There doesn’t even appear to be any multiplayer functions, despite Deadrop being a multiplayer-centric game. All you do is shoot guns at stationary targets.

It’s worth noting that this is an early build of the game and it’s obviously nowhere near finished. However, it’s a surprisingly lacklustre first showing for a game Dr Disrespect has hyped up as being better than the next Call Of Duty even at such an early stage of development.

‘I could take a screenshot of our game right now, in-engine, and I don’t think anything from there could match that screenshot,’ he claimed only last month. A bold statement and one this snapshot doesn’t exactly back up.

Not to mention this is a paid demo. Midnight Society has provided access only to those who paid for a Founders Pass, one that’s priced at $50 (about £41).

The pass does include other benefits, such as early access to future builds, and its purpose is to routinely receive feedback from players. It’s no different to what EA is doing with the new Skate, although EA isn’t charging people access.

Midnight Society’s website claims to have sold 10,000 Founders Passes, which is all its willing to give out. So, even if you do want to try out Deadrop for yourself, you can’t at the moment.

Although the FAQ page says that, after a certain period, people can sell their passes second-hand on NFT marketplaces. Oh yes, this is another game that offers NFT integration, despite their increasing unpopularity and related crypto markets recently crashing.

Later gameplay demonstrations will presumably have more to offer, and it’s not like Midnight Society is comprised of amateur developers.

Dr Disrespect himself used to work on the Call Of Duty series as a map designer and he’s joined by Robert Bowling, who was a creative strategist as Modern Warfare studio Infinity Ward, as well as Halo Infinite designer Quinn Delhoyo.

At this stage, though, Deadrop isn’t giving people much of a reason to be more excited for it than any future Call Of Duty.

Dr. Disrespect has revealed the name of his upcoming shooter ‘DEADROP’ and has called it “the world’s first vertical extraction shooter.”

Here’s a look at gameplay, looks like it’s just a firing range for now. pic.twitter.com/U1RWeeb0Dx