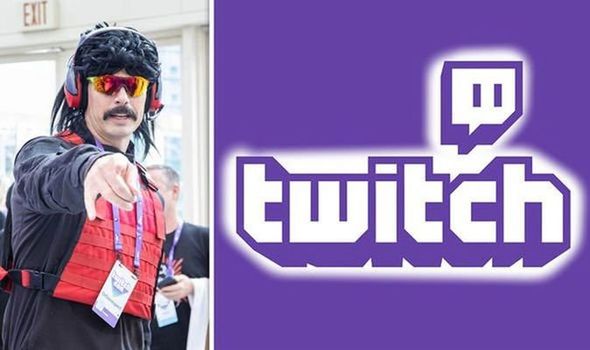 Since June 26, gamers and fans of Dr Disrespect have been waiting to find out more about the streaming stars ban from Twitch.

And while there have been statements from both sides, nothing new has been shared on the matter.

This includes the alleged news that Dr Disrespect has been permanently banned from the platform, and months after renewing an exclusive contract.

Streaming star Dr Disrespect spoke out about his recent ban from Twitch using his Twitter account, but has not posted anything new since.

This happened on Saturday, June 27, with Dr Disrespect offering no further clarification regarding the situation.

A Twitch representative told Radio 1 Newsbeat that the streamer had acted in violation of the platform’s Community Guidelines and Terms of Service, but failed to go into specifics.

“We take appropriate action when we have evidence that a streamer has acted in violation of our Community Guidelines or Terms of Service”, the statement reads.

The ambiguous statement has left fans wondering why exactly Dr Disrespect was banned from Twitch.

The recent update from Dr Disrespect doesn’t offer much else and leaves many gamers still puzzled at the current situation.

The statement from the streamer, shared on Twitter, reads: “Champions Club, Twitch has not notified me on the specific reason behind their decision… Firm handshakes to all for the support during this difficult time.”

Dr Disrespect’s wife also shared a message via Instagram, which addressed his community of fans.

That message reads: “The outpouring of love, support, strength and kindness from the arena has truly been overwhelming.

“You all have made my heart full and I can not thank you enough. No one better out there than the CC. You guys are amazing.”

These are the three main statements covering the Twitch ban for Dr Disrespect, and it appears to be the only official information fans will be getting this week.

It’s not the first time Dr Disrespect has been banned from stream, although a previous ban for streaming from a public bathroom during E3 2019 was only temporary.

The ban notice that has been put in place this month has removed all content from the Dr Disrespect Twitch page, while fans have reported receiving refunds from the CC.

The Champions Club website remains active and continues to offer Dr Disrespect mechanise, along with the following description:

“Dr Disrespect is the Two Time Consecutive Blockbuster Video Game Champion (1993-1994). He is known for his iconic 6’8 frame, 37-inch vertical leap, and the Bullet Proof Mullet aka the Black Steel that runs down his spine.

“His sunglasses are Google Prototype Scopes with built-in LCD LED 1080p 3D Sony technology. He rules the Arena with violence, speed, and momentum; and his reign has just begun.”

Before his channel was removed, Dr Disrespect had more than 4 million followers. It follows the news that President Donald Trump’s Twitch account had been temporarily suspended this week.

Twitch provided the following statement: “Hateful conduct is not allowed on Twitch.

“In line with our policies, President Trump’s channel has been issued a temporary suspension from Twitch for comments made on stream, and the offending content has been removed.

“We do not make exceptions for political or newsworthy content, and will take action on content reported to us that violates our rules.”