Dragon Quest music is definitely the soundtrack to my own personal hell. Perhaps it’s because I didn't grow up with the series, but its determination to use MIDI for the entirety of its soundscape makes me want to tear out my ear drums and never entertain a single noise for as long as I live. There is an apocalyptic whimsy to all of its asinine deets and doots that pushes me over the edge. All that being said, Treasures seems like a pretty good time.

The enhanced edition of Echoes of an Elusive Age incorporated a fully orchestrated score, but Treasures is old school Dragon Quest in every conceivable way, even as it moves in a different direction when it comes to combat, exploration, and the general goal of the overall adventure. This isn’t a turn-based JRPG, but a more open experience focused on digging up loot and fulfilling an ancient prophecy as our protagonists become the best treasure hunters who ever lived. It’s cute, fun, and filled with great ideas – if a little long in the tooth at first.

Treasures puts you in the shoes of Erik and Mia, younger versions of the sibling characters found in Dragon Quest 11. This is before they’d go on to save the world, instead fixating on escaping their life aboard a crusty pirate ship to become filthy rich mercenaries. I admire their ambition, and the game wastes no time in throwing us into the thick of things. There is seemingly no character customisation here, nor a way to pick who you want to play as while the narrative establishes its foundation and puts us through a series of laborious cutscenes. 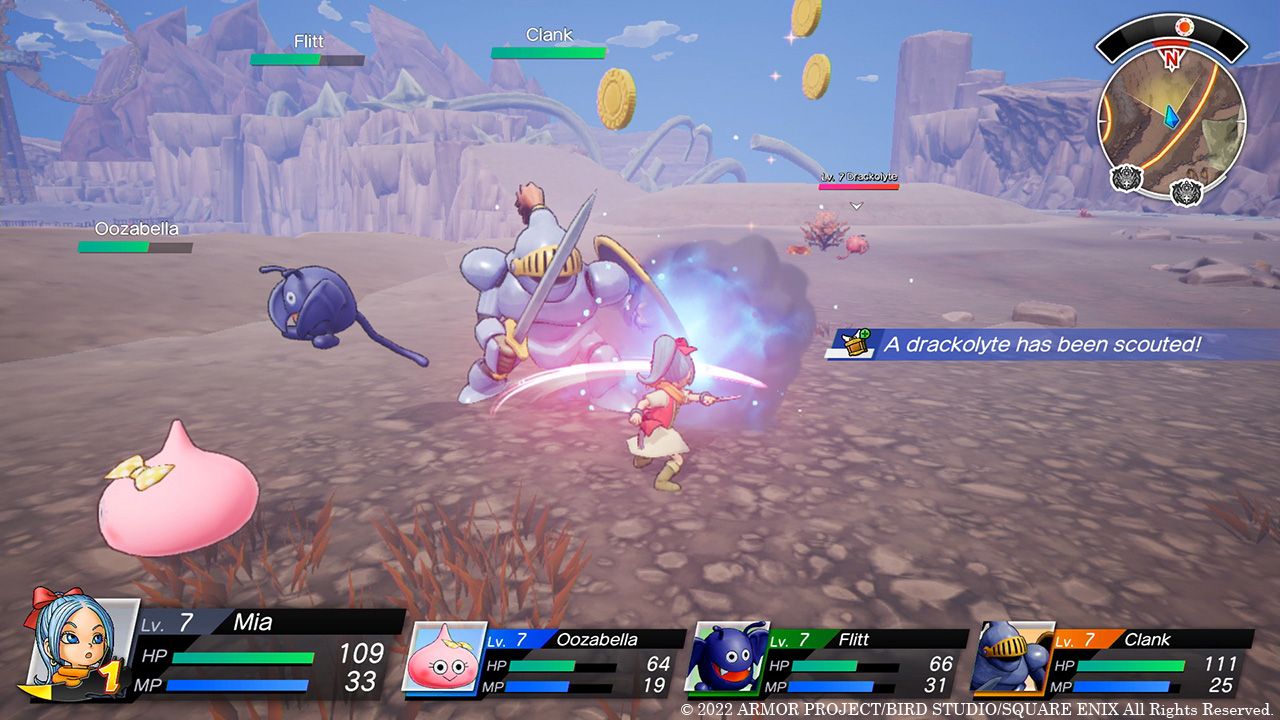 Our heroes decide that staying in bed and behaving themselves while their crew mates get drunk and cause chaos on the surface is pointless, so they decide to steal a boat and look for some treasure on a nearby island. Obviously they’re caught nicking a boat, with the opening tutorials teaching us fairly simple stealth and movement controls that will come to play a vital role in moment-to-moment gameplay. Disaster strikes, and we soon wash upon the shore of a strange new landmass, separated from one another as we’re forced to delve deep into some nearby ruins. As luck would have it, ancient daggers linked to our destinies can be found after solving a single puzzle. We grab them, and are sucked into what appears to be a parallel dimension. From here, the true treasure hunt begins.

Dragon Quest has always been unflinchingly old school, and Treasures is no exception. I played the opening 30 minutes or so, and the majority of this was filled with long-winded tutorials and largely superfluous dialogue explaining things that will be obvious to most people. You are treasure hunters, and many quests will task you with uncovering nearby treasure belonging to NPCs with little more than a screenshot to guide you. Find the spot, hold down a button, and gain the item needed to complete the quest. In the midst of this you might stumble across battles, which can be fought either on your lonesome or with the help of recruited monsters making up the rest of your party. It’s simple and effective, although the hand-holdy approach employed here might turn off those looking for a more immediate pace. 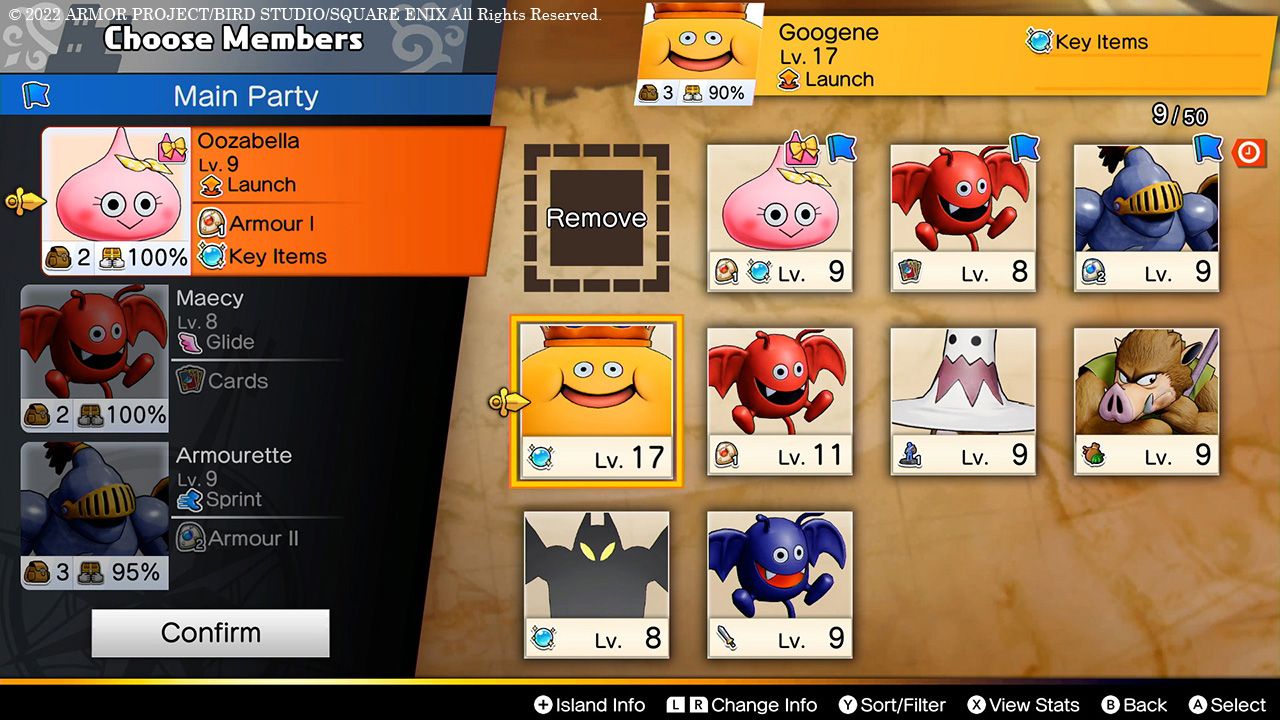 There’s lots of running back and forth to address obvious requests as you get to grips with everything, with the tantalizing allure of freedom always being within reach. Dragon Quest Builders was much the same, and made the chore of chipping away at tutorials and fairly boring missions worthwhile once you were given enough leeway to choose your own path. It is too early to tell if Treasures will follow in its footsteps, mostly because its gameplay formula doesn’t have nearly enough going for it to afford similar glowing praise, and how it doesn’t really have as much personality either. But it’s fun, and that might be enough.

All the loot you gather will be used to build a larger base, presumably recruiting fellow monsters and citizens to live alongside you as the land prospers from your greedy exploits. This mysterious new universe our heroes find themselves in is filled with talking monsters belonging to different factions, so I can see the story exploring these new relationships as we seek to find a way back home. From what I played it is filled with novel ideas, and is absolutely perfect for the Nintendo Switch. A handy thing to note, given it’s also exclusive.