However, it isn't just a good excuse to wander, it is also an extremely efficient way to amass treasures. Completing the quests will give you access to the three keys. These keys are used to unlock the colored chest hidden throughout the world. The earlier to complete Princess Anemone's quests, the quicker you will be able to claim the prizes in those chests for yourself! 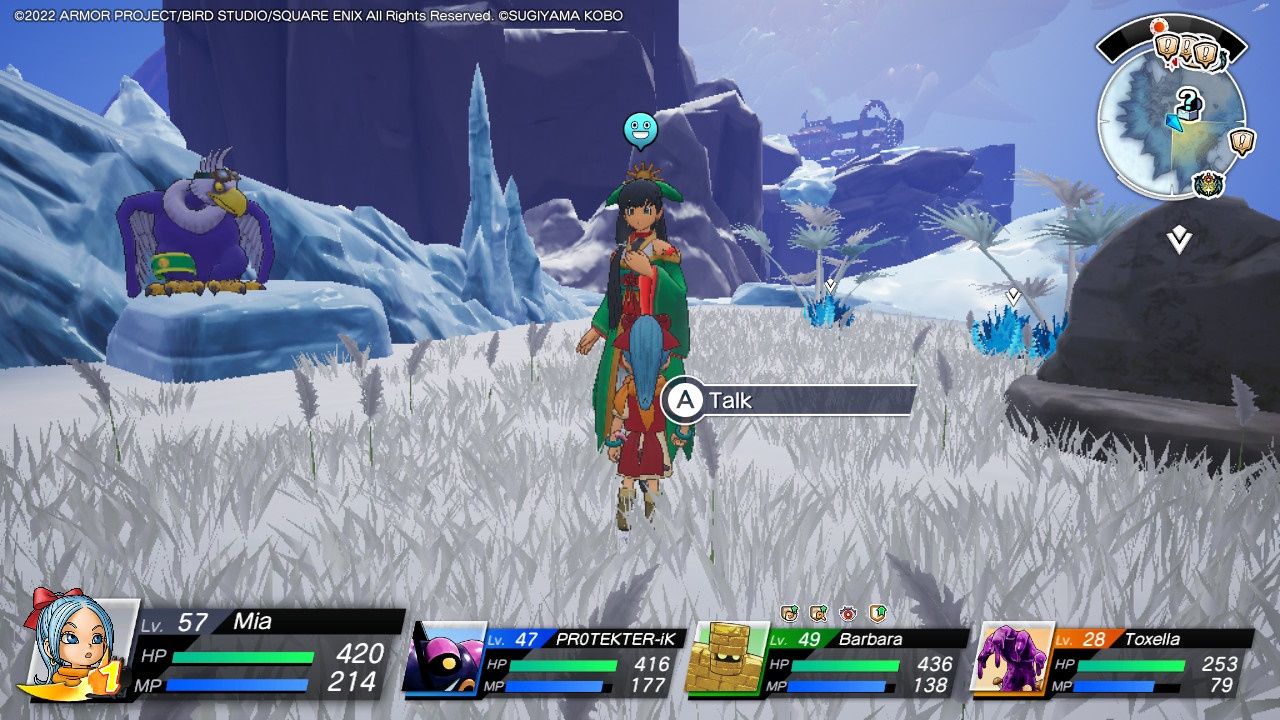 You simply need to talk to Princess Anemone in The Hinterquarters. She will tell you that her assistants are in need of, well, assistance. This will give you three "Monumental Study" quests. Obtaining these quests will also make it so that you can read those giant stone tablets you have probably stumbled upon. 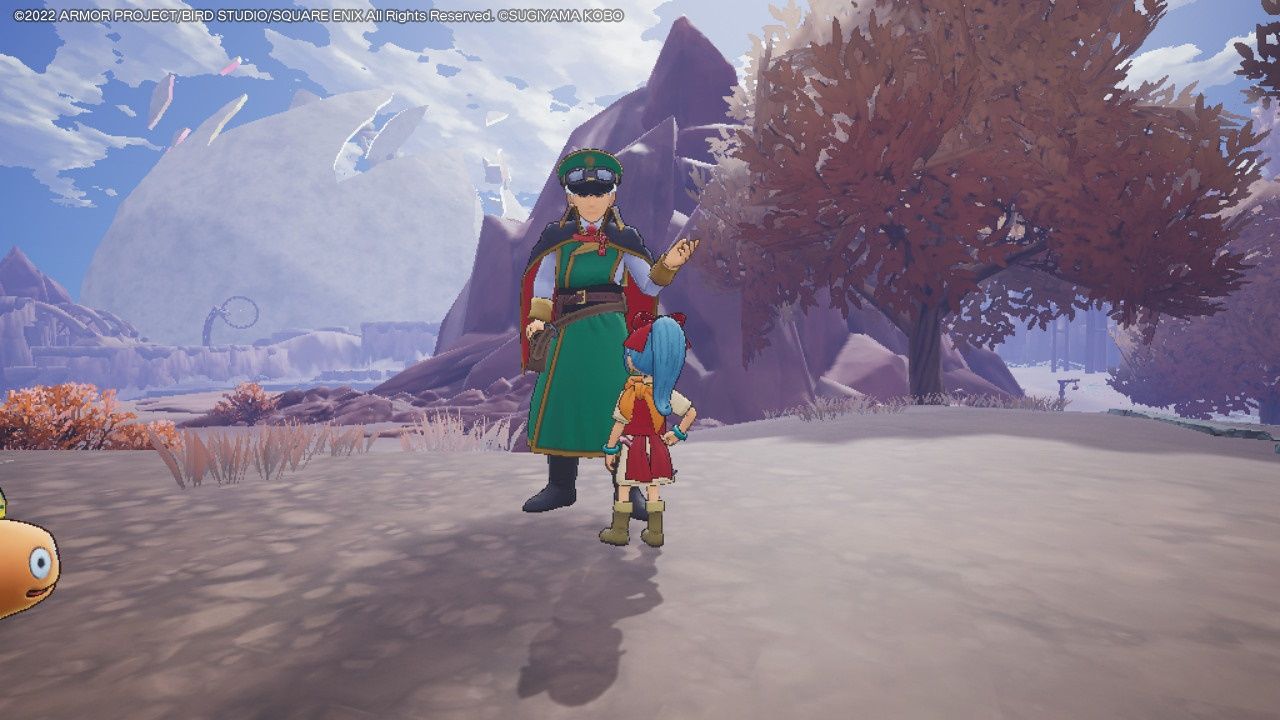 Talk to Favonius at the Bloodleaf Boulevard Station. He will ask you to help him find a monument in The Fire Traps. Once you have talked to him, you will have The Fire Traps quest.

Investigate The Monument In The Fire Traps 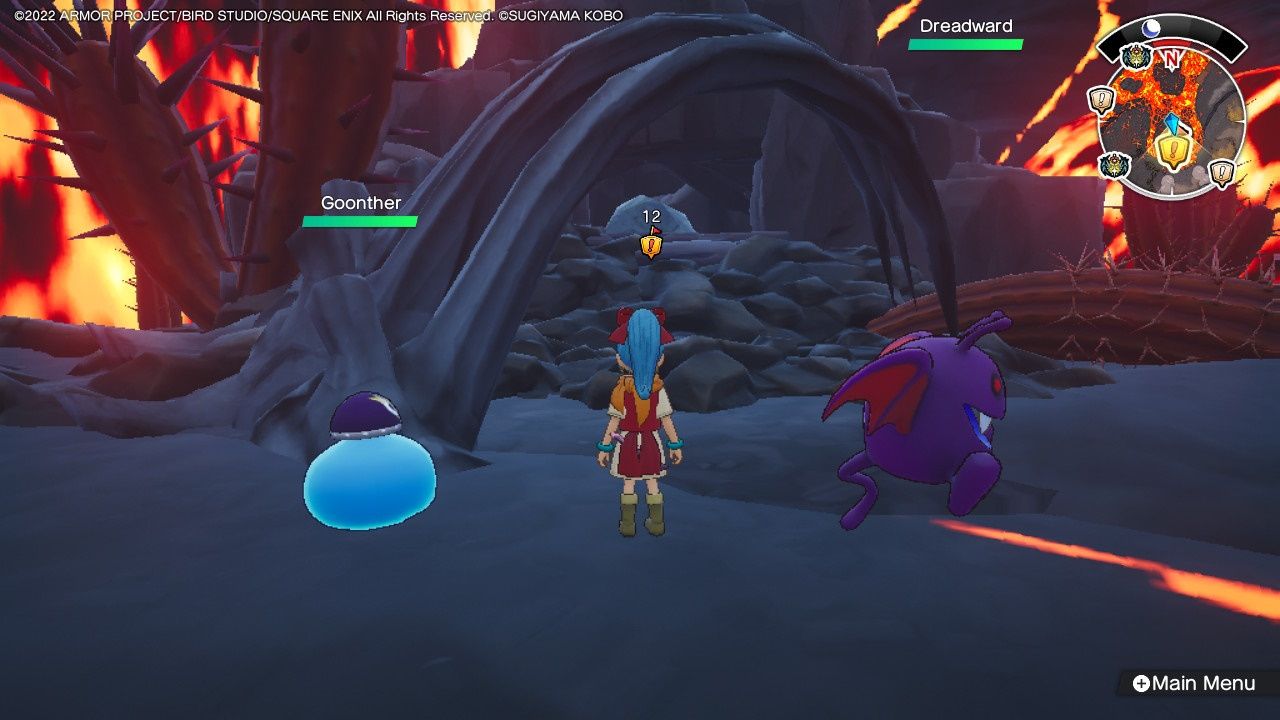 This monument is northeast of the Redscale Rise Station. So, travel to the station and head north. It is much, much easier to approach it from above, and just glide down to it using a flying monster. Once you read the monument just use your "home" ability in the menu screen to return to your base.

Report Back to Favonius 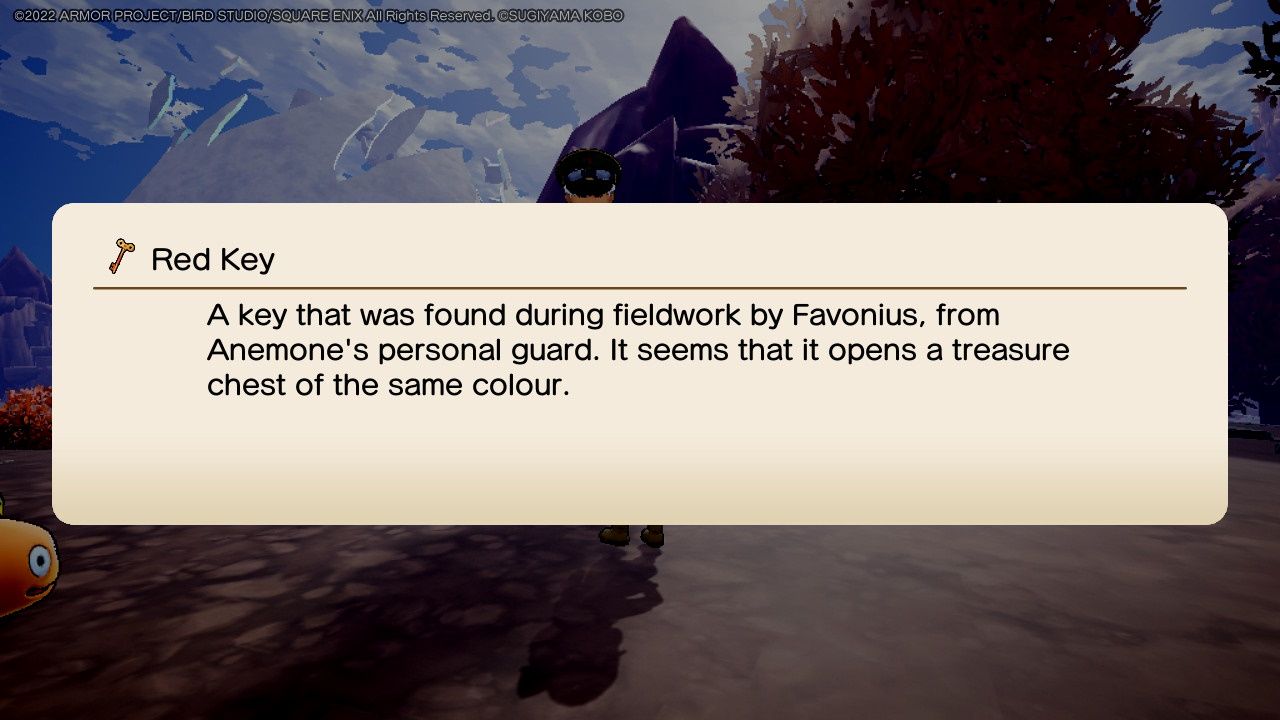 To complete the quest, just head back to Favonius, who is still right outside the Bloodleaf Boulevard Station, and talk to him again. You will complete Part 1 of the Monumental Study quests. You will be rewarded with the Red Key, Quarrying Contraption, and a Chimaera Wing. 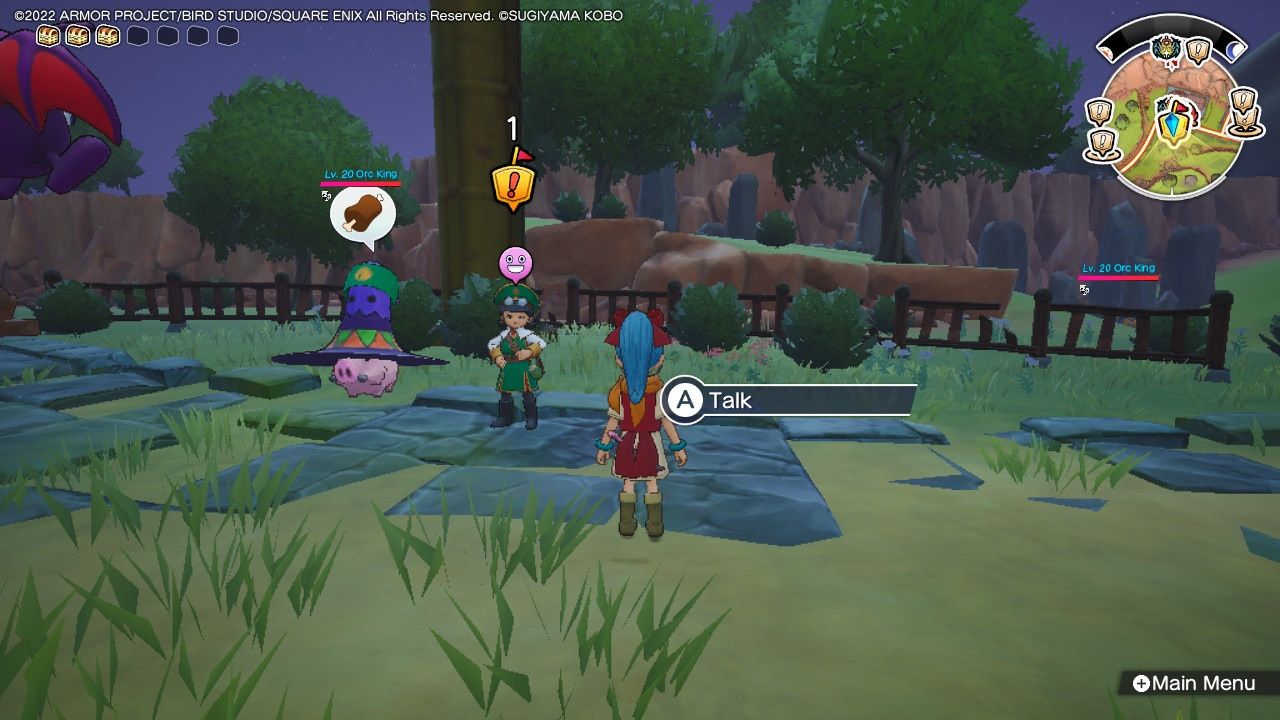 Talk to Skye at Greywing Gateway Station. Like all of Princess Anemone's other useless assistants, he wants you to do all of his work. So, you will now have two monuments to track down…

Investigate The Monument On The Soaring Steps 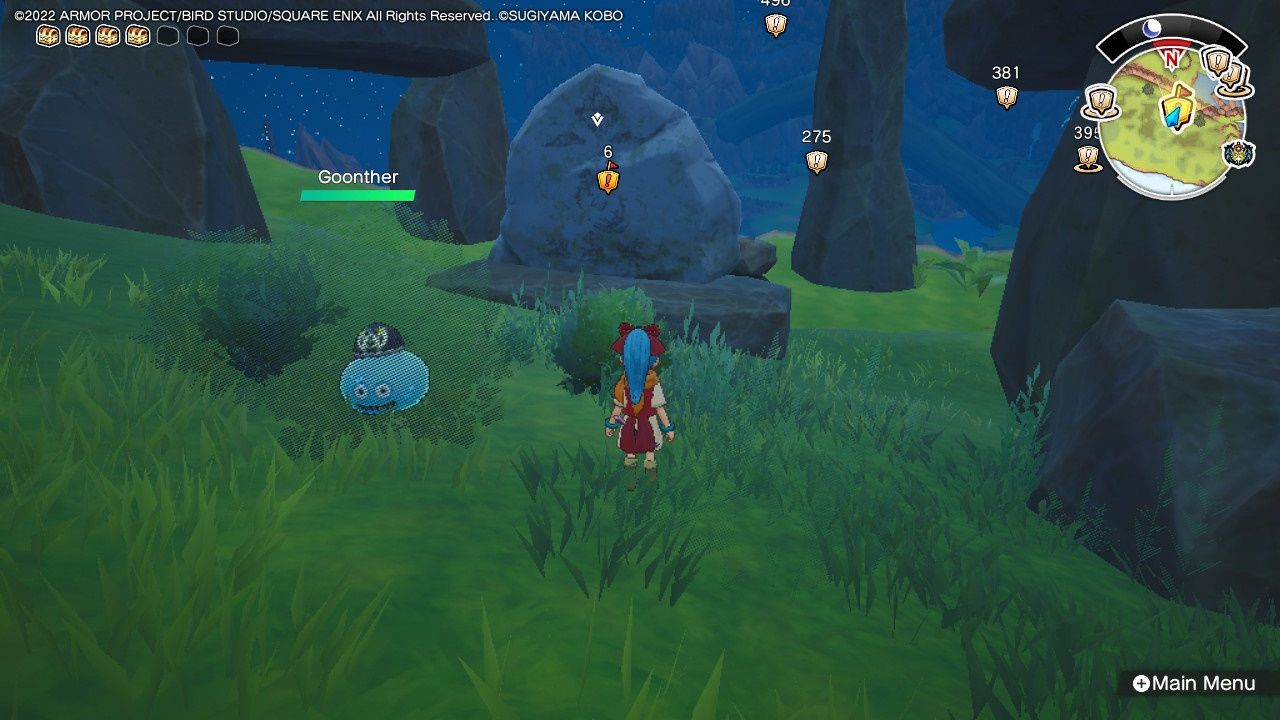 For this one, just head west from the Soaring Steps Station. You don't want to travel on the path, take the earthen ramp that is west of the station. Once you are up in the hills, just keep moving west, following the tracker, and you will run directly into the monument.

Investigate The Monument On Mount Greywing 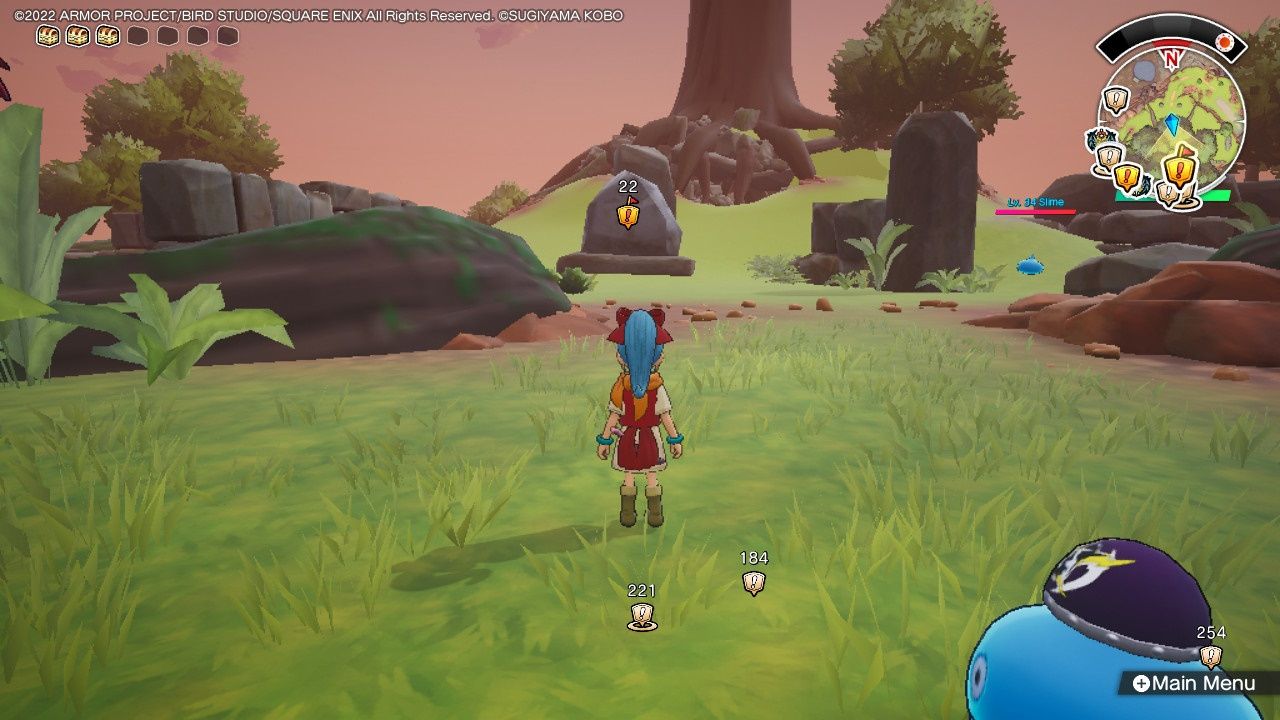 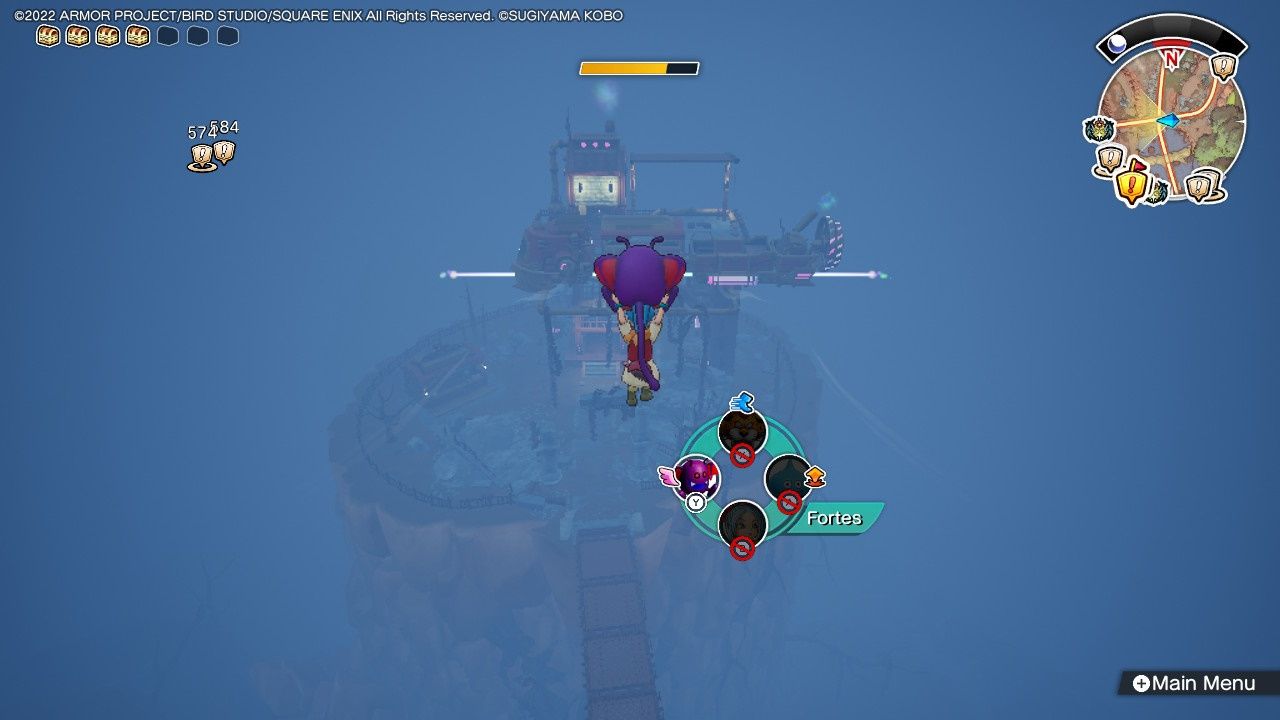 Travel east of The Greywing Gateway Station. You will cross a bridge and be facing a mountain. All you need to do is climb the mountain. This is exceedingly straightforward. You will travel along a path that winds its way around the mountain and takes you straight to the top. Once you reach the peak, read the monument, and then jump off the west side of the mountain and glide down toward the station.

Report Back to Skye 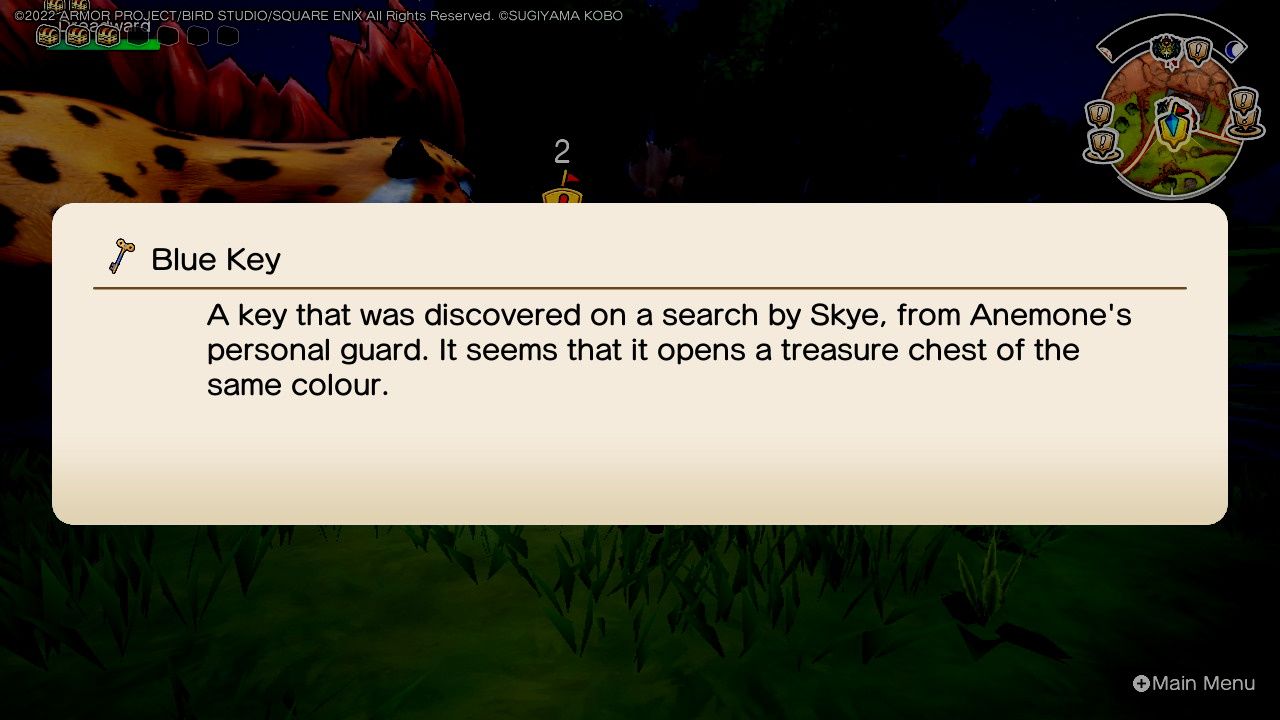 Now head back and talk to Skye at The Greywing Gateway Station. He will reward you with the Blue Key, Draconian Monument, and a Chimaera Wing. There's just one more to go! 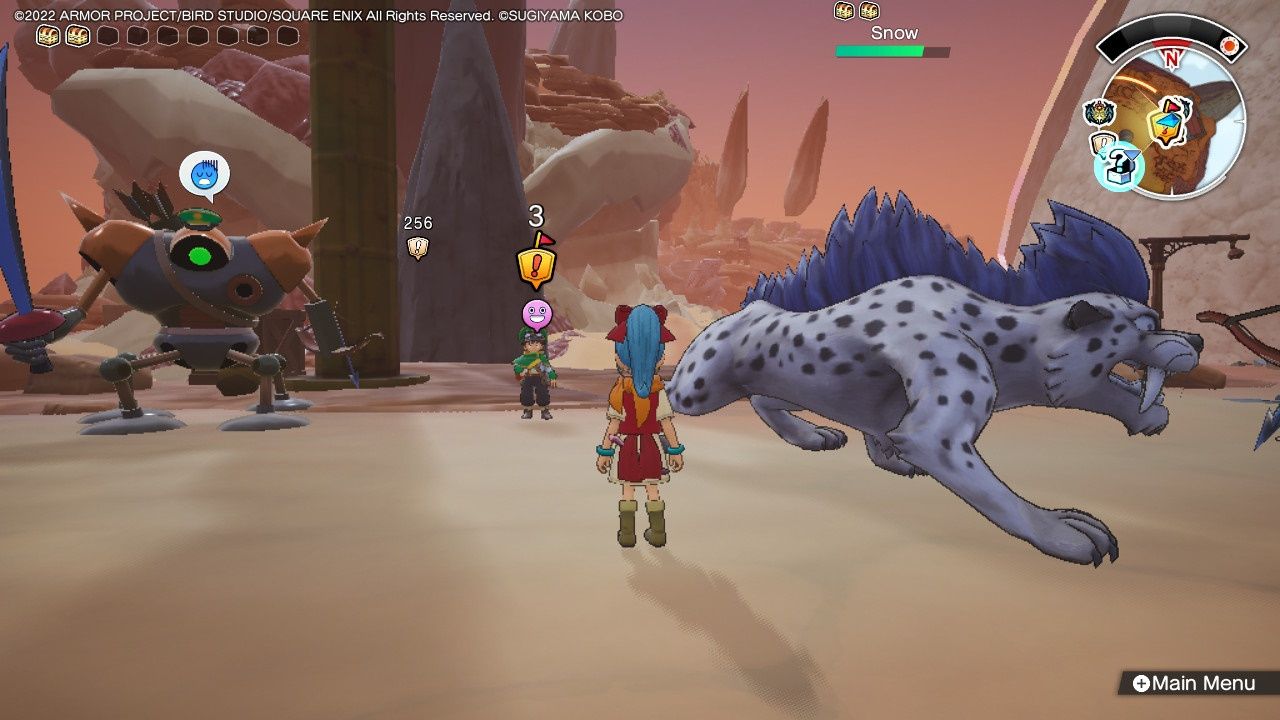 Talk to Tramonty at Hotbreath Halt Station. Unsurprisingly, he will ask you to find three monuments.

Investigate The Monument In Hollowhead Cavern 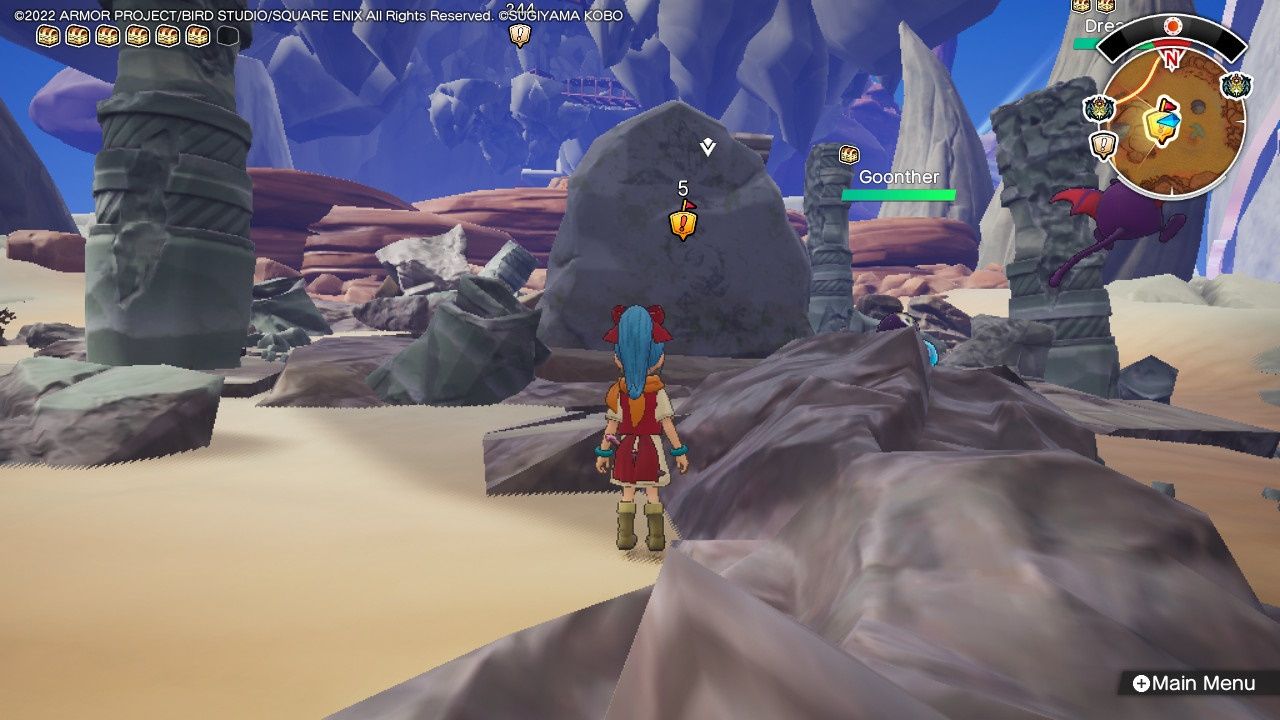 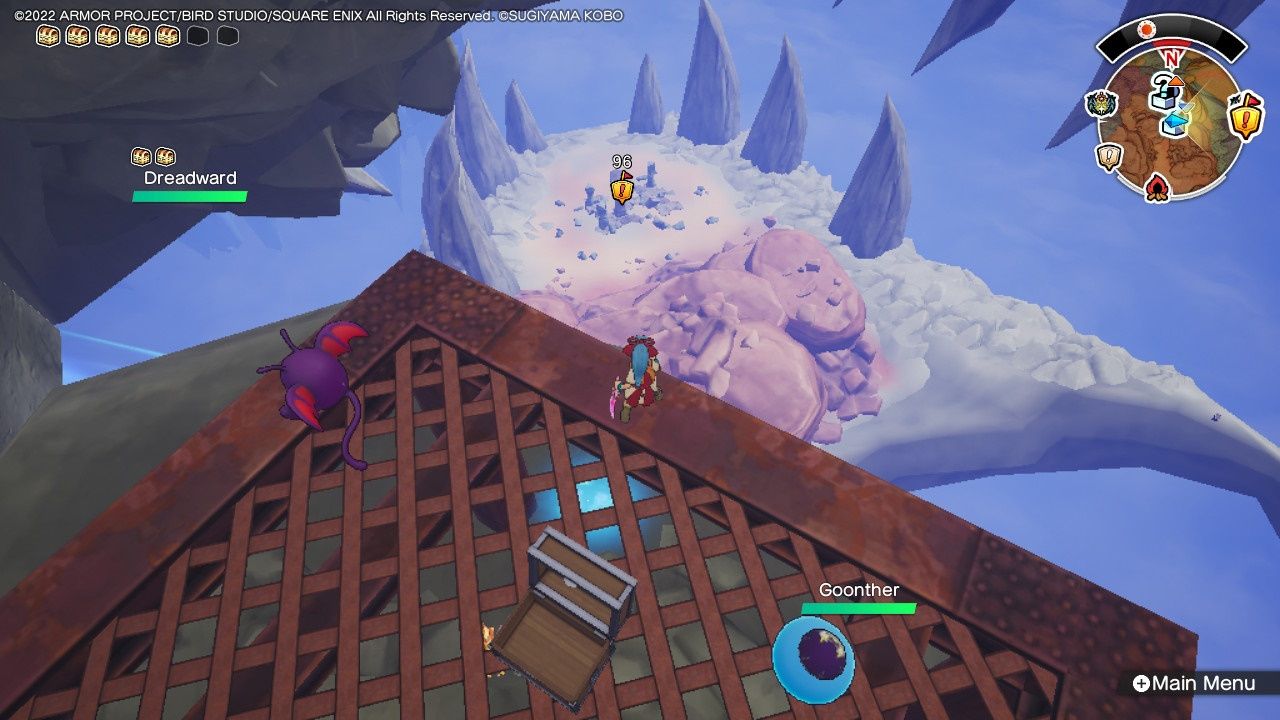 You will need a monster with the Glide Forte to complete this quest.

Well, after taking the quests from Tramonty, you will be exactly where you need to be for the first one. From Hobreath Halt Station, follow the quest marker to the south. Once you enter the cave, look down. That is your destination. Drop to the island below, and engage the Gliding Forte partway down. Now, just float down to the bottom-most island. The Monument is smack dab in the center of it. Make sure to clear out the nearby chests. There is a Chimaera Wing in one of them. You will not be able to climb out, so you are going to have to use the Home ability or a Chimaera Wing.

Investigate The Monument on Sandscar Spine 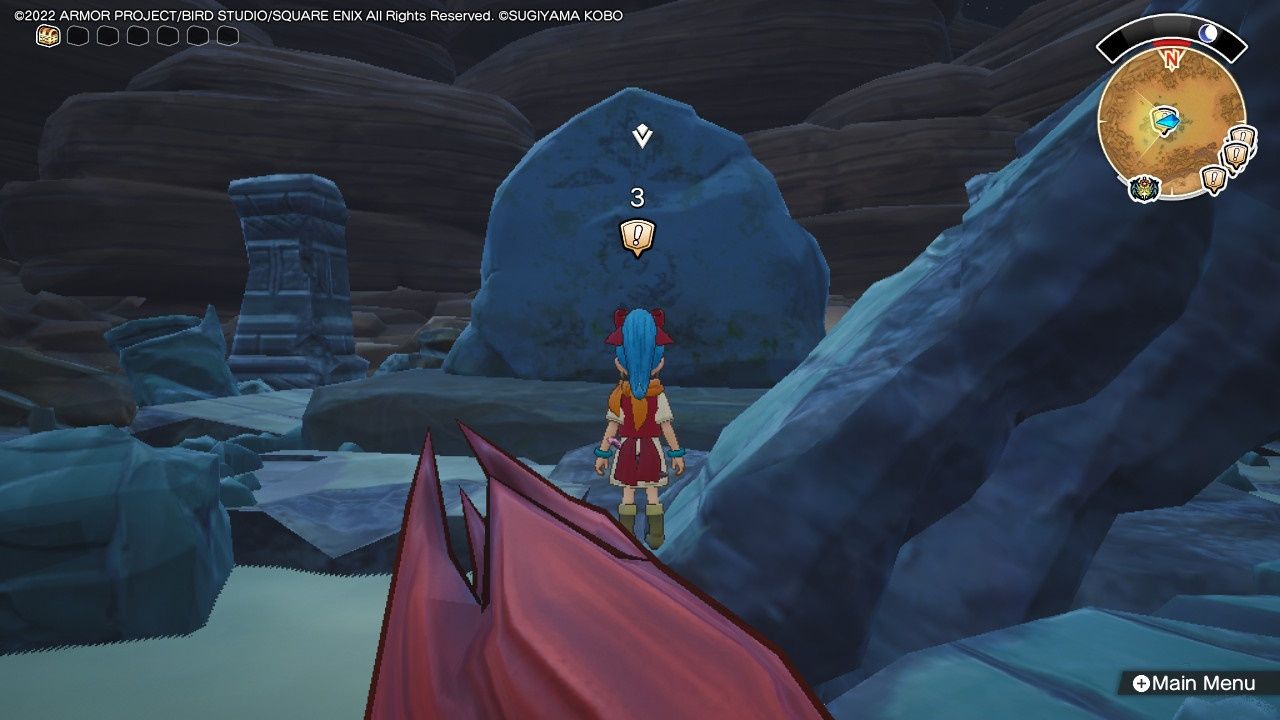 From Sweetshade Glade station, jump off the north side and glide toward the rocks lining the right side of the island. You are going to climb these rocks and run right toward the air stream, use Glide, and that will take you across the chasm and into a cave. There is another airstream in that cave, which will take you across another huge gap. Once you have crossed to the other side, climb the boulders. From there, just follow the quest marker, and you will be led straight to the monument.

Investigate The Monument on Derriere Glacier 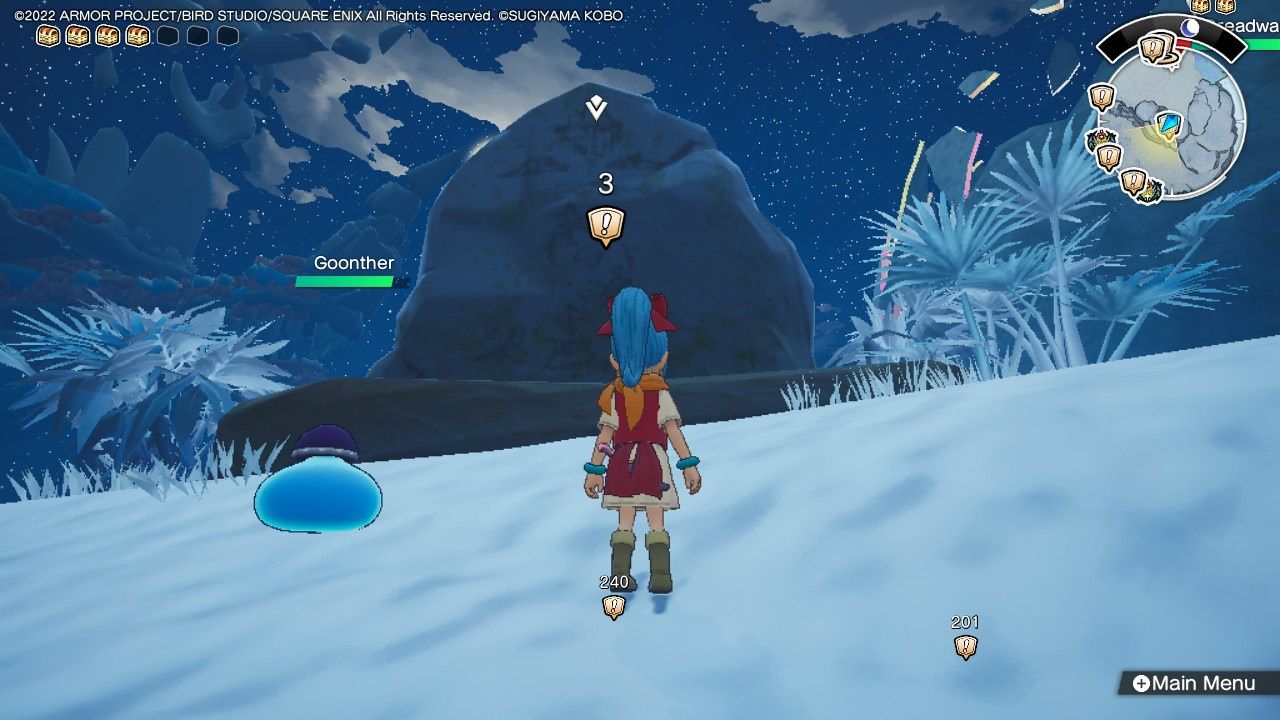 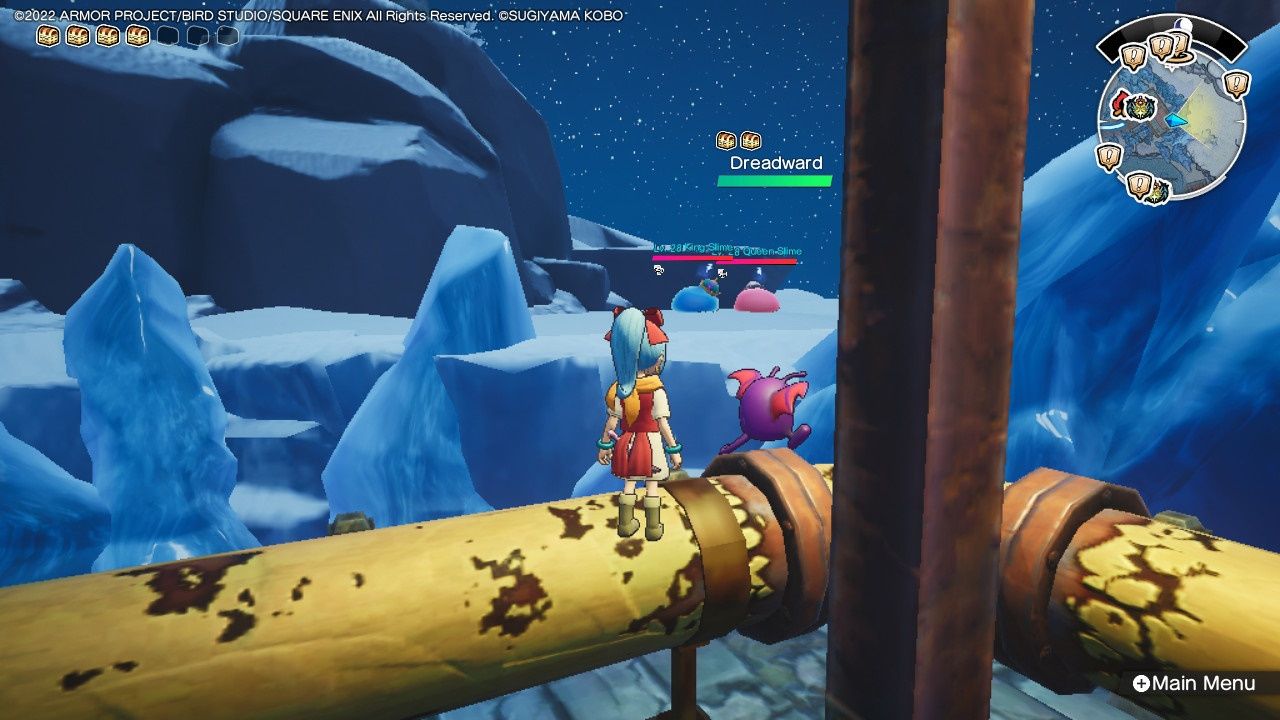 This one is so very, very easy if you have the Glacier Junction Station up and running. Just go to the top of the station, hop over the railing, and onto the snowy mountain the station is butting up against. And then use a monster with the Launch command to climb up to the monument. 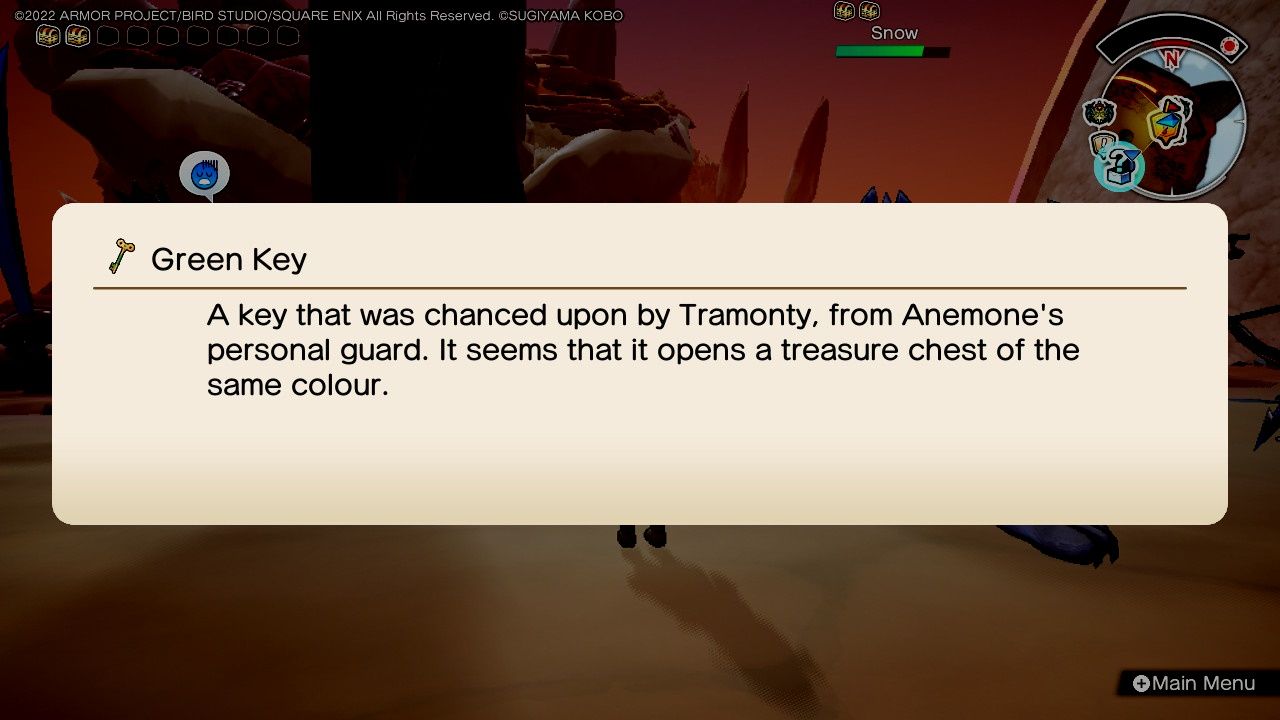 Go back to Hotbreath Halt Station and talk to Tramonty again. He will reward you with a Green Key, a Wingston Statue, and a Chimaera wing. You will now have all the keys you will need to unlock all the colored chests spread throughout the world!