Dungeons & Dragons is host to no small number of terrifying creatures. However, there are many creatures among the game's old tomes that aren't as deadly as they might appear. It's no secret among the community that the CR (challenge rating) system is largely broken, but it does usually provide at least a decent idea of a monster's strength. 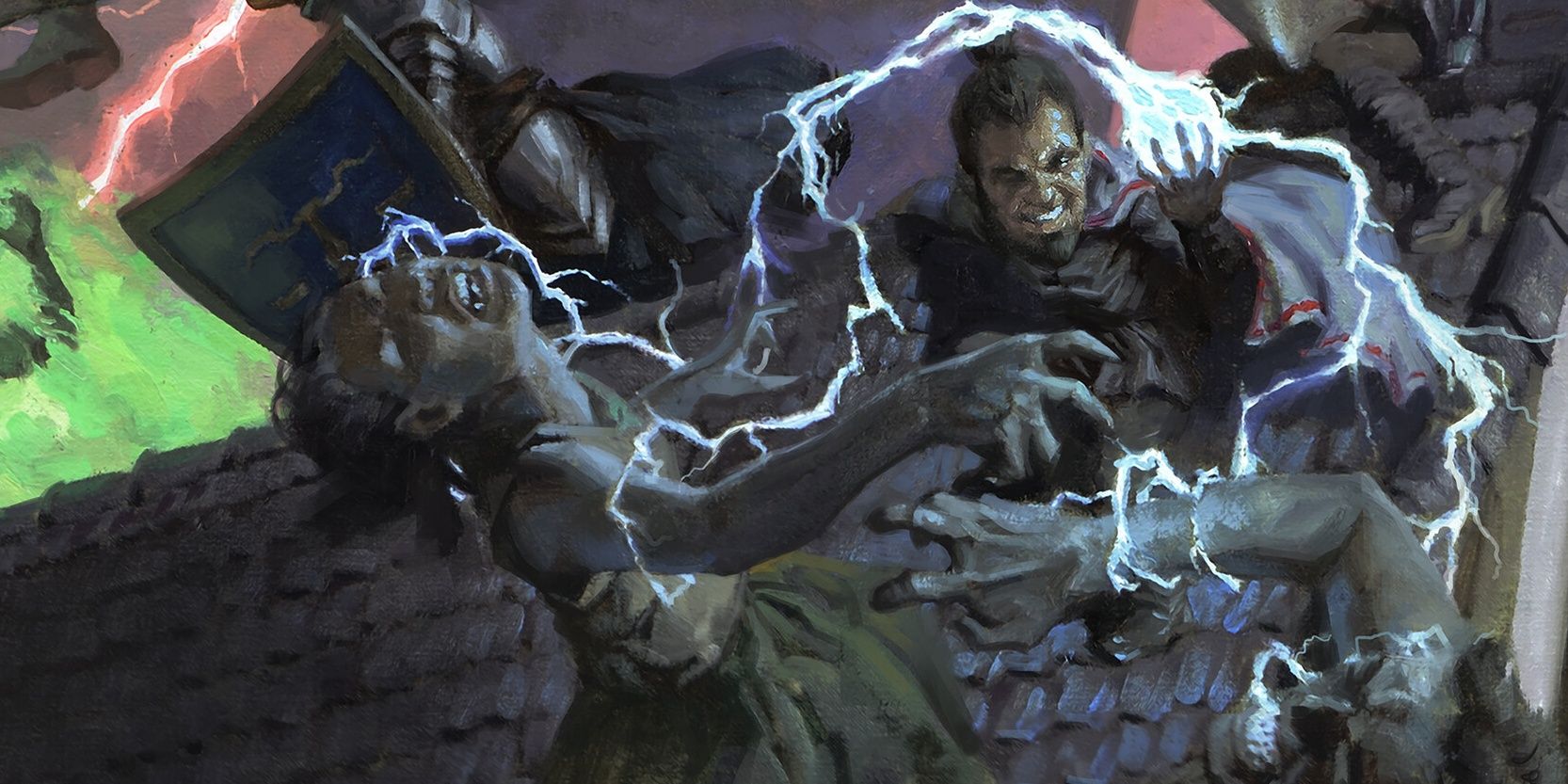 With an AC (armor class) of eight, zombies are nearly impossible to miss. However, this downfall is compensated for by their high HP of 22 and Undead Fortitude ability. Undead Fortitude allows the zombie to make a constitution saving throw if an attack would otherwise kill it. On a success, its HP is reduced to one instead. So, what's not to love?

Despite their amazing flavor, zombies are ultimately weak due to their low damage output (they only have +3 to hit for 1d6+1 bludgeoning damage) coupled with their exploitable speed of 20 feet. Without a ranged attack option, zombies are incapable of ever catching up to intelligent players who use ranged attacks and their full movement to run away. Even at just one quarter CR, it isn't doing much. 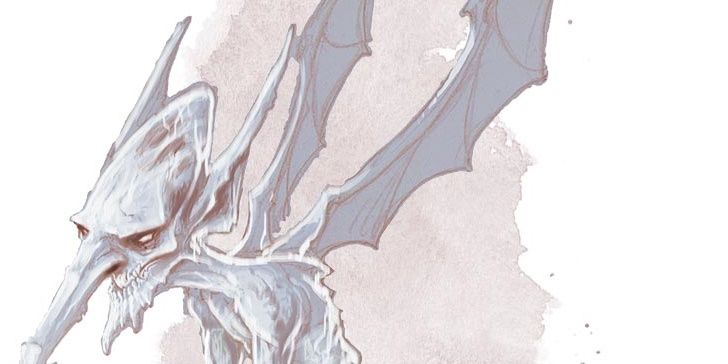 All mephit creatures are relatively weak, but the ice mephit is the weakest of the bunch with just half a CR. Mephits are imp-like elemental creatures who enjoy playing cruel pranks on others. However, the ice mephit isn't quite as successful as the rest of its cousins thanks to its innate spellcasting feature being wasted on the useless spell fog cloud.

On top of this, its Death Burst ability deals the commonly-resisted slashing damage, its breath weapon deals only 2d4 cold, and it's vulnerable to both fire and bludgeoning damage, which are both extremely common damage types. At the end of the day, it seems like there are much better elements to be made of than ice. 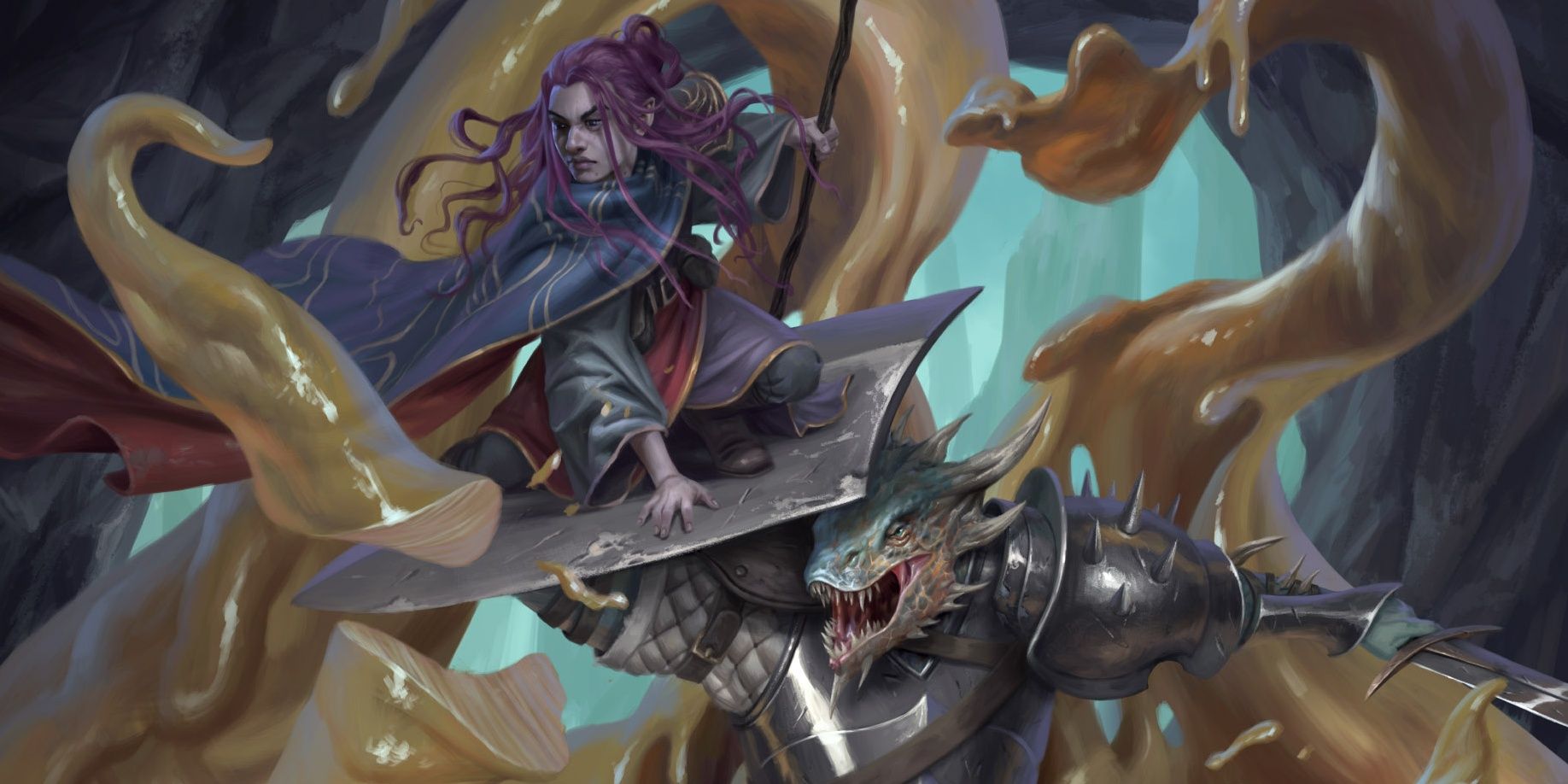 The ochre jelly wins an honorable mention for most hilarious creature on the list. With an eight CR, an AC of eight, and a negative two modifier (at best) in every ability but strength and constitution, the ochre jelly is about as weak as they come. Did we mention that it has also got a walking and climbing speed of just ten feet? 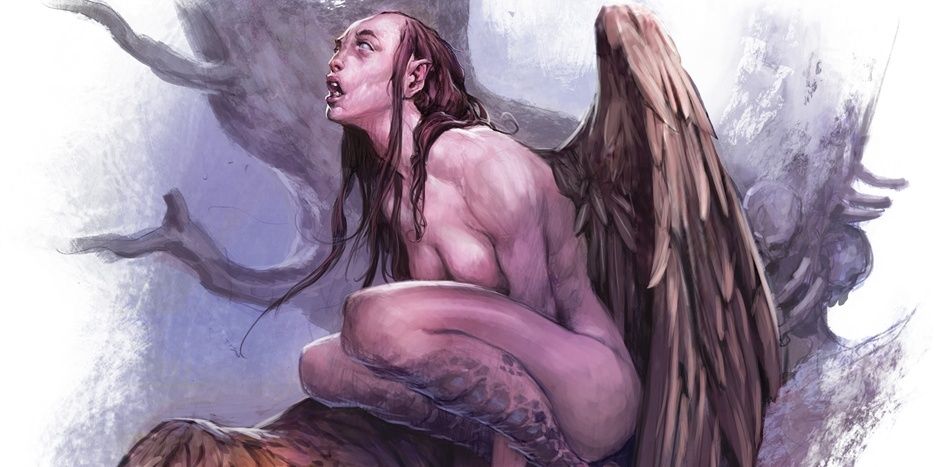 The harpy is an incredibly cool monster thematically to include in your campaigns, but it's also relatively weak. Its luring song trait can be used to draw adventurers to their doom, but if a single PC saves on the DC 11 Wisdom saving throw, they can easily save their allies with a simple grapple. Furthermore, PCs get a chance to make the save again before they actually enter damaging terrain. Stack on top of that an incredibly low AC of 11 and only a plus one, at best, across its ability scores, and you're left with a monster whose bark is fiercer than its bite. 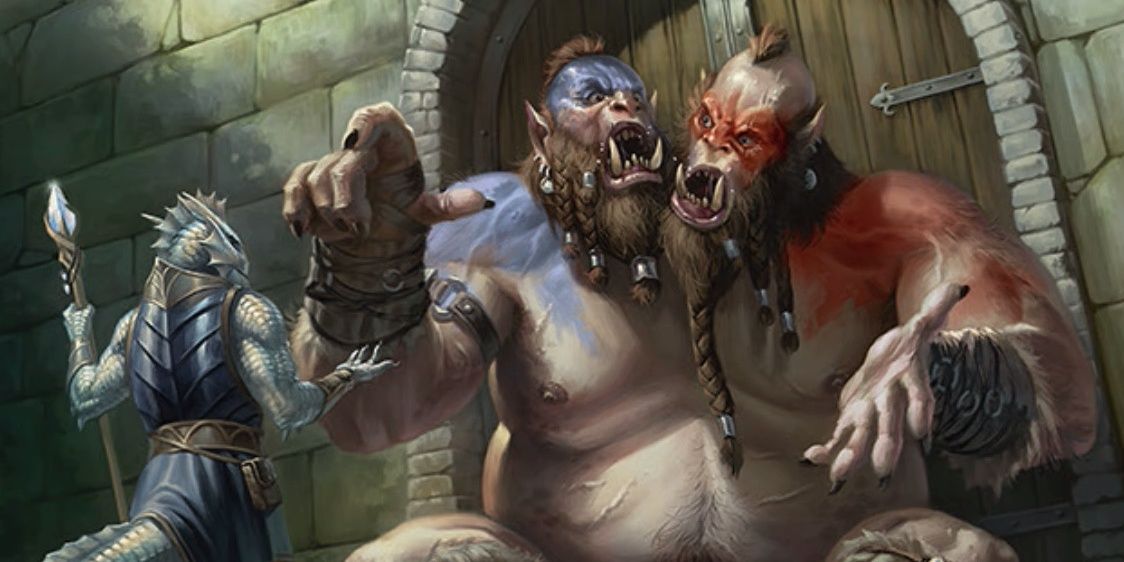 While the CR two ogre is beefy, it's also legendarily stupid, and that's not an exaggeration. In the Monster Manual entry, there is a paragraph of description that begins with the bolded text "Legendary Stupidity". As a result, outsmarting an ogre is like taking candy from a baby. The ogre also has negative ability scores in every statistic besides strength and constitution, making it extremely susceptible to magic. Despite all of this, these dumb brutes are very easy to anger and can pack quite a whallop. 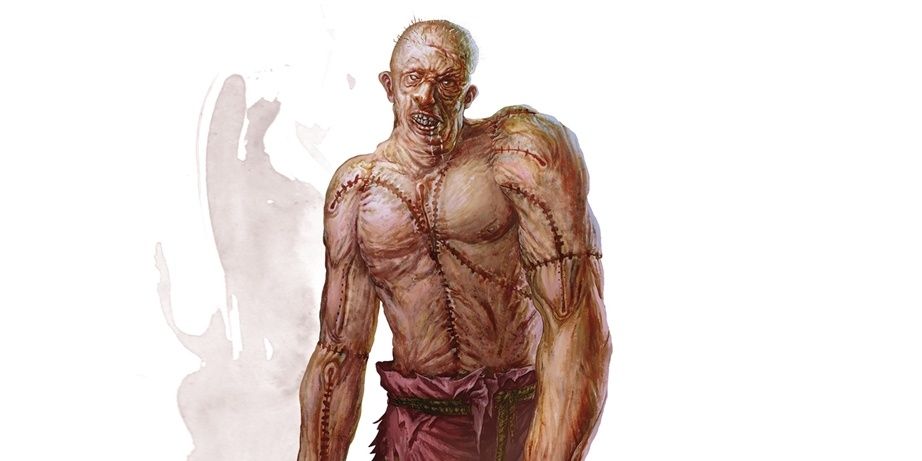 This is the second undead monster on this list. Maybe necromancers aren't so scary after all? Like a bigger zombie, the flesh golem has a CR or five and an AC of nine, coupled with a large hit point pool of 93. Unlike the zombie, it comes with a number of damage immunities that can make it difficult to deal with for a party that's yet to receive magic weapons. 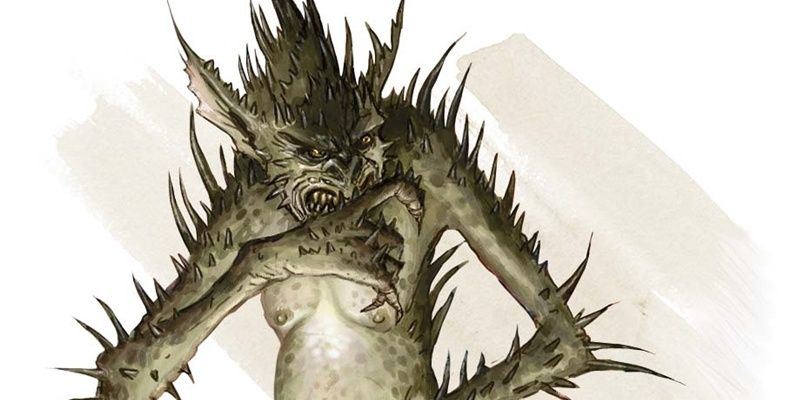 Also coming in at a CR of five is the barbed devil. Like the flesh golem, this monster relies on its damage resistances to nonmagical bludgeoning, slashing, and piercing damage in order to present a challenge. Unlike the flesh golem, this resistance can be easily overcome by any party who silvers their weapons. While the barbed devil does have magic resistance, a decent AC, and a good hit point pool of 110, its features are almost useless and its attacks are relatively weak.

Its barbed hide ability allows it to deal damage to any creature grappling with it, but there's no real incentive for the barbed devil to grapple other creatures. It's got magical darkvision, but no way to create magical darkness. Lastly, its attacks have a low chance of hitting considering its CR, and deals incredibly middling damage when they do. Compared to the rest of the devils, there's really no reason to use the barbed devil as a DM, unless you're homebrewing some added abilities. 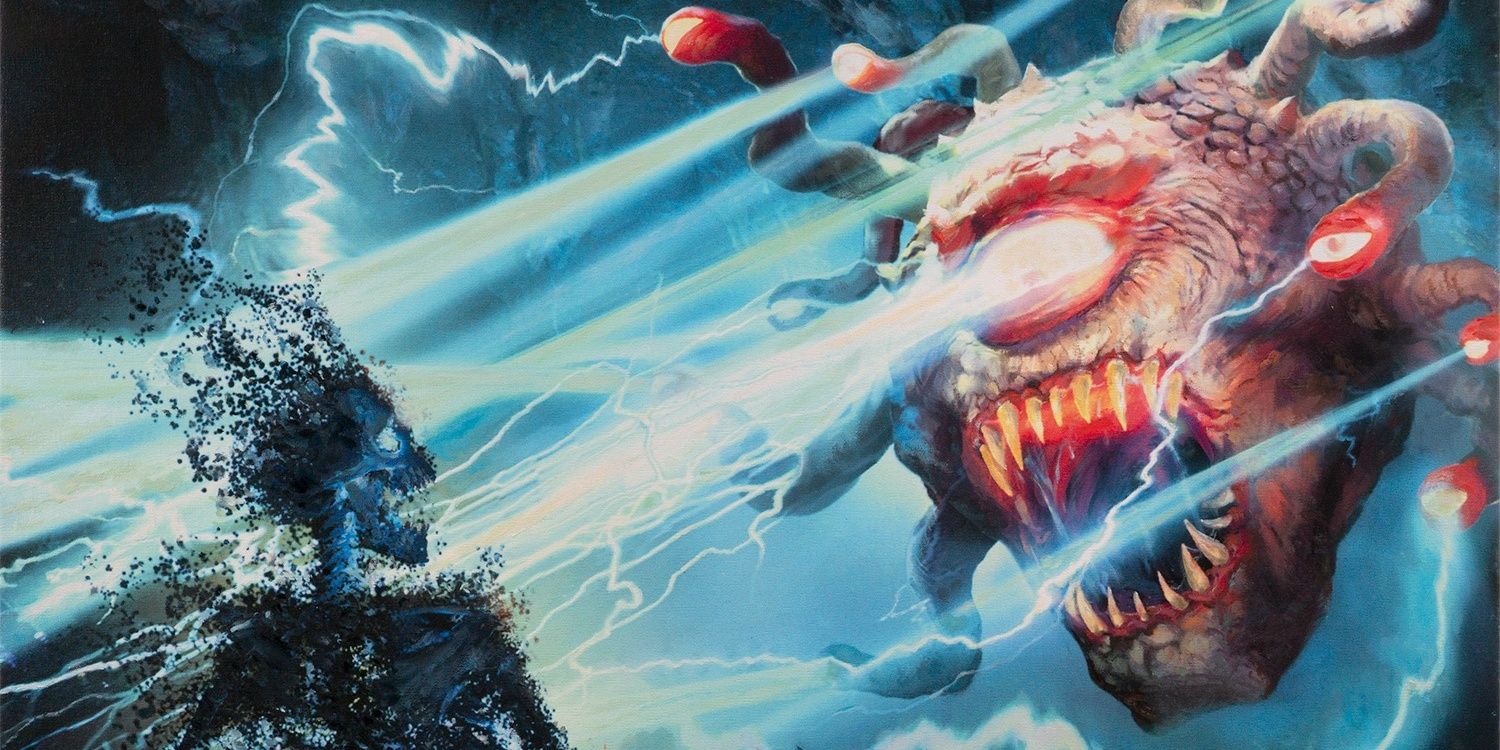 Featured on the cover of the 5th edition Monster Manual, the beholder is a CR 13 creature and one of the most iconic D&D monsters ever created. Unfortunately, these foul, otherworldly creatures are not necessarily as deadly as you might have suspected. While the beholder is a powerful creature that doesn't boast any weaknesses besides its strength ability score, the danger of facing them is severely mitigated by the random nature of its eye beam attacks.

Only three of the beholder's ten eye beam options actually deal damage, so a beholder that rolls poorly may not even deal damage to a well-prepared adventuring party. Disabling the player characters with its other eye beams is all well and good, but a monster needs to eliminate player characters if it's to have any hope of eventually defeating them. The best way to increase the threat level of a beholder is by providing it with minions, as well as an environmental hazard that it can throw PCs into using its telekenetic ray. 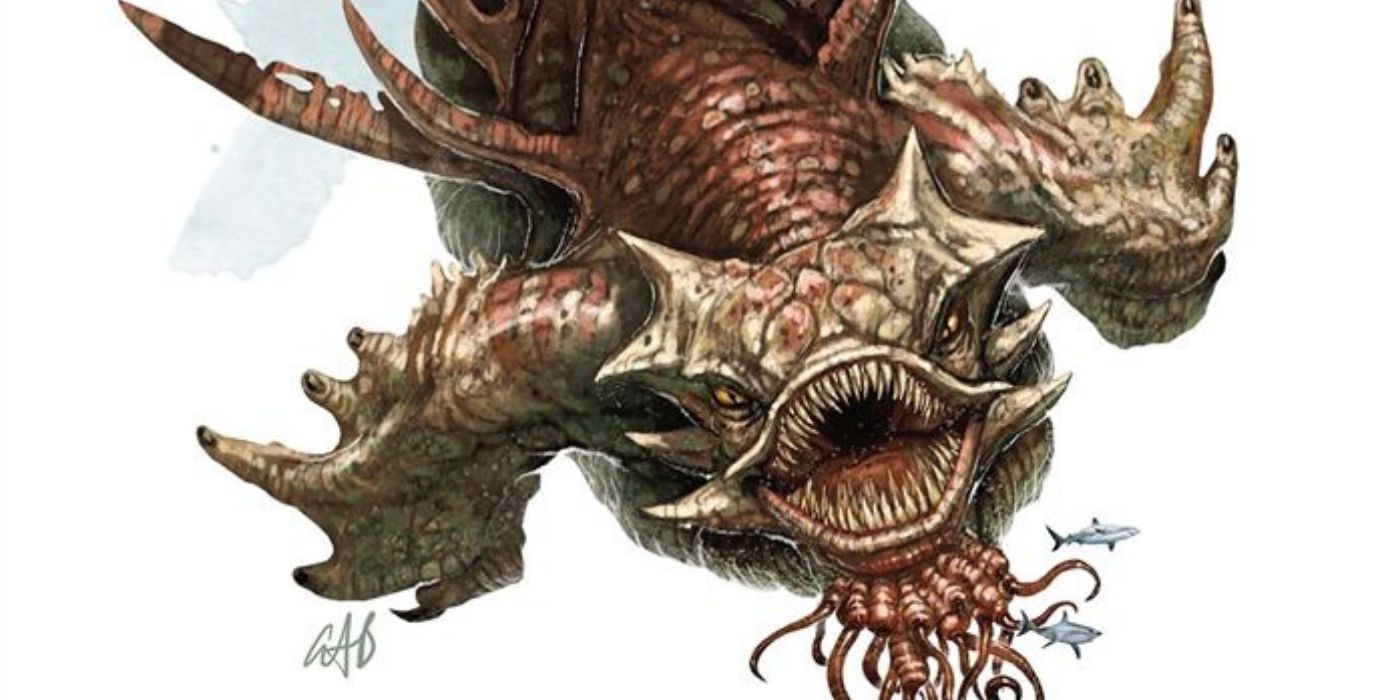 At a staggering CR of 23, the kraken is a truly terrifying enemy to behold. Or at least it would be, if it wasn't missing the unspeakably important legendary resistance trait. The requirement for legendary resistance at this level of play cannot be understated. Any monster with this high of a challenge rating absolutely needs to be able to succeed on saving throws against player character spells and abilities if it wants to avoid an anticlimactic ending.

After all, there's nothing less legendary than the players defeating a six month long campaign's final boss with a simple polymorph or stunning strike. Suffice to say, if you plan on using the kraken in your campaign, give it legendary resistance for the game's sake. 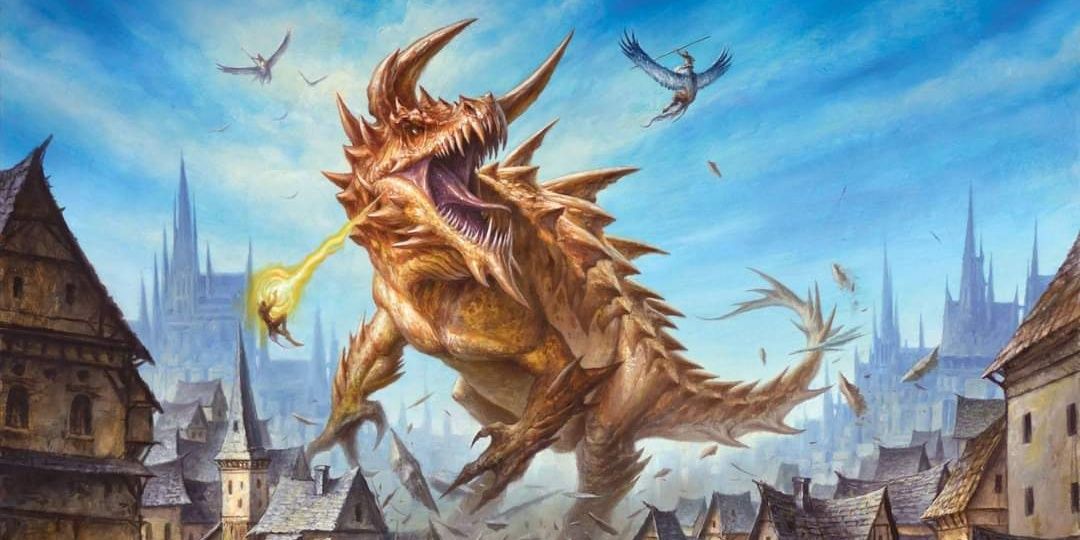 The Tarrasque has a CR of 30, which is the highest challenge rating given to any creature in the original 5th edition Monster Manual. Given this fact, you would think that the oversized dinosaur packs an incredible punch. And although it does, the Tarrasque's inability to make any kind of ranged attack has led to the creature becoming more of a meme than a monster.

Since this prehistoric beast's printing, the D&D community has popularized the fact that the Tarrasque can technically be defeated by any level one character with a flying speed and a ranged weapon. Consequently, this supposed colossus monstrosity is sadly regarded as a colossal failure. The best way to fix this issue is to simply provide the tarrasque with a ranged attack of some kind. After all, what's Godzilla without his laser breath?