In Dying Light 2, you will have the option to join many factions and organizations and work for them during the virus outbreak in The City. Every faction and organization will require you to complete certain missions and tasks before you are considered a part of their team.

One such organization in Dying Light 2 is called Carriers Guild, whose purpose is to provide courier service to the people of the city. This guide will go over the tenth side mission for the Carriers Guild organization, Carriers X, and provide a complete walkthrough of it. 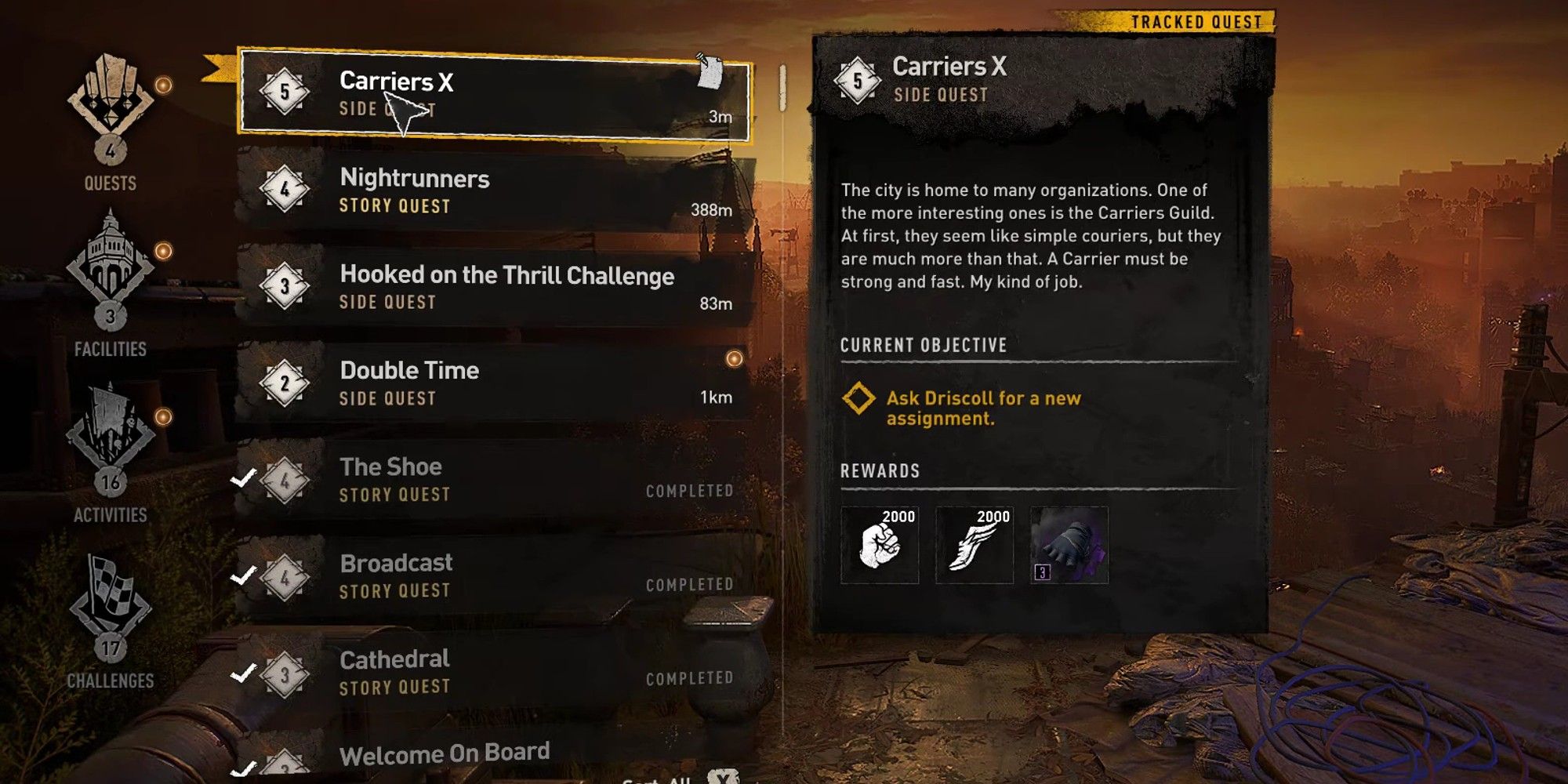 The objective of the quest is simple, where you have to deliver mail to the marked locations as usual. But, one of the members of the Carrier Guild organization, known as Jack, will get ambushed at some location where you will have to go and save him.

The side quest will begin automatically after completing the Carriers IX quest of the same storyline. So let's get started with the walkthrough.

Get New Assignment From Driscoll 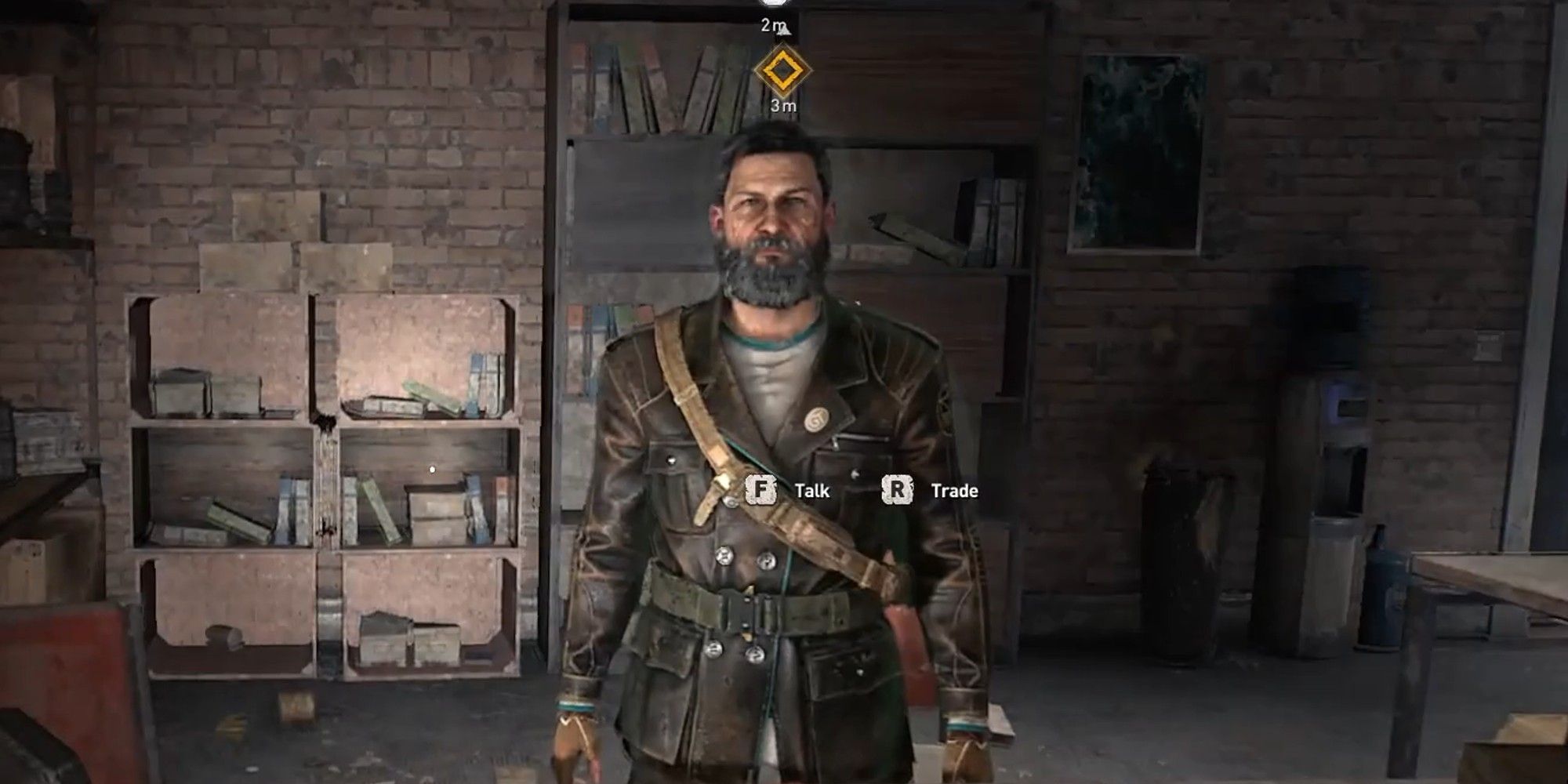 Head to the Carriers Guild organization headquarters in the Downtown region and ask Driscoll for a new task. He will give you some mail to deliver to the marked locations. But, he will also warn you that something wrong might happen to you. 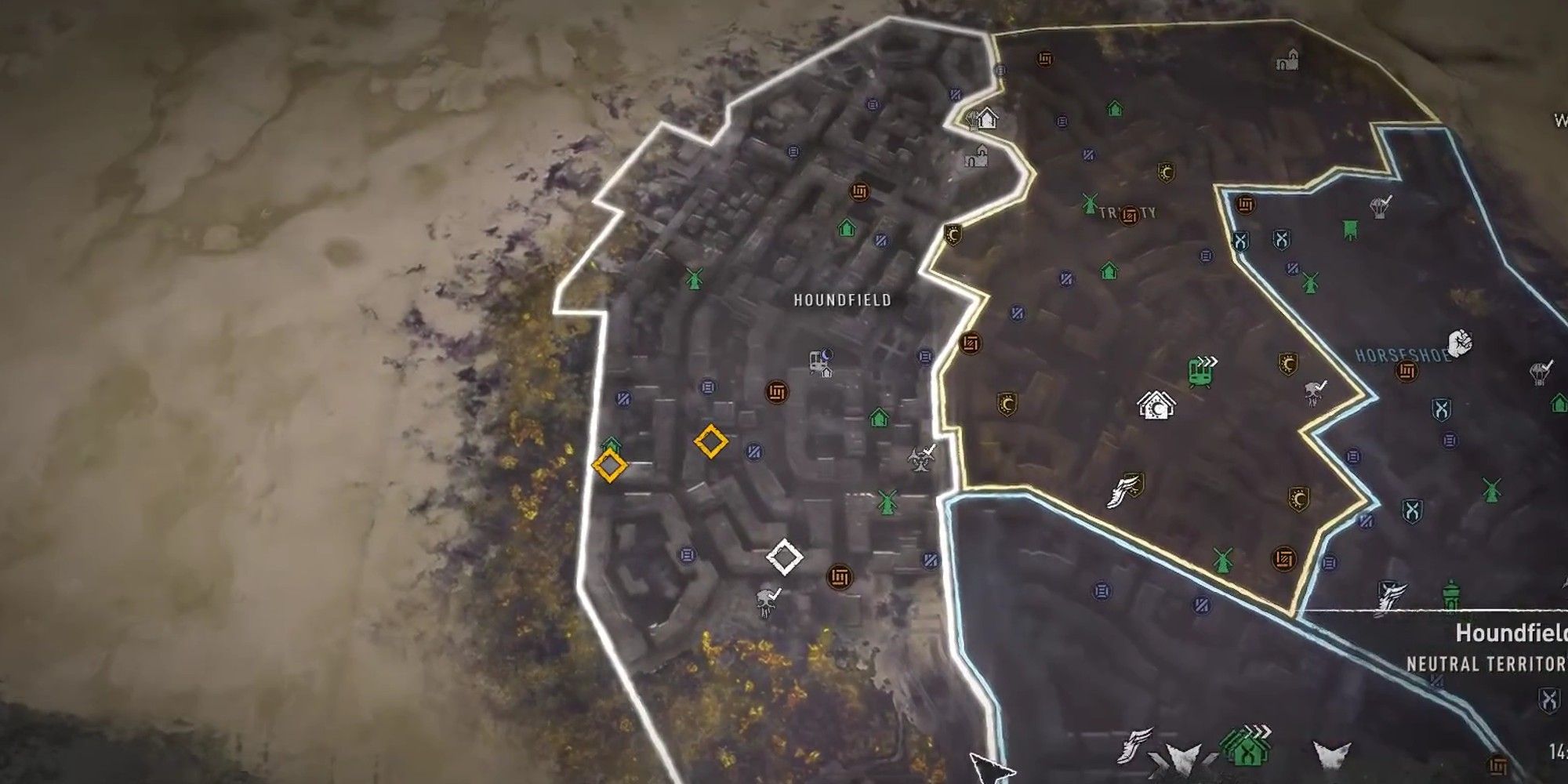 Driscoll will radio as soon as you deliver the second mail. He will tell you that Jack is in trouble and wants you to go to the location where Jack was last time. 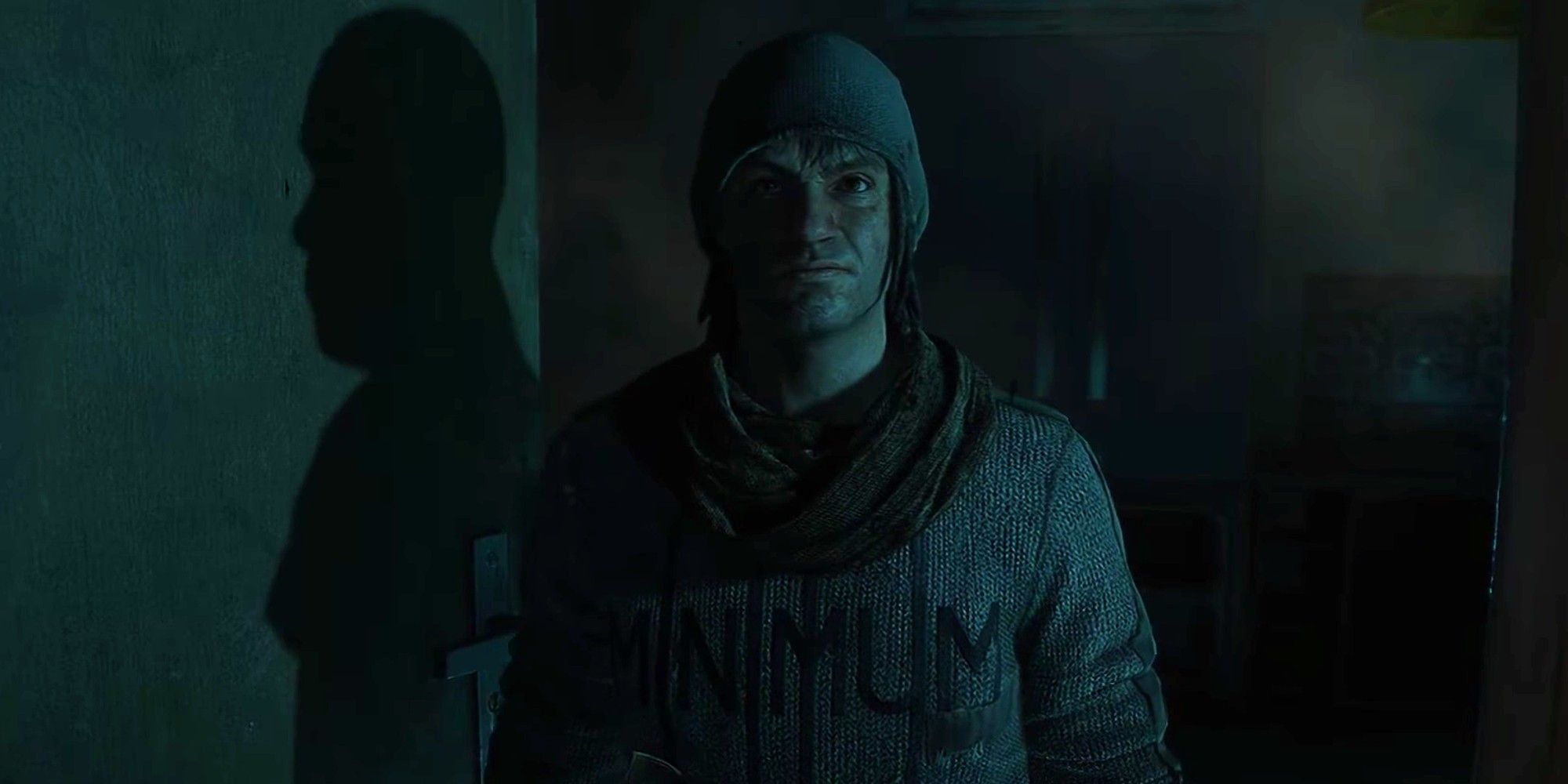 Head to the coordinates Driscoll sent you through the radio and look for Jack in that area. However, Jack will not be here, and you will have to ask the strangers around for Jack.

Knock on the doors in the area until some stranger opens one of their doors. The stranger will have seen Jack getting attacked, but he will not be willing to tell you about it. The Witness will only help you after you clear the area from the infected.

Clear The Area From The Infected 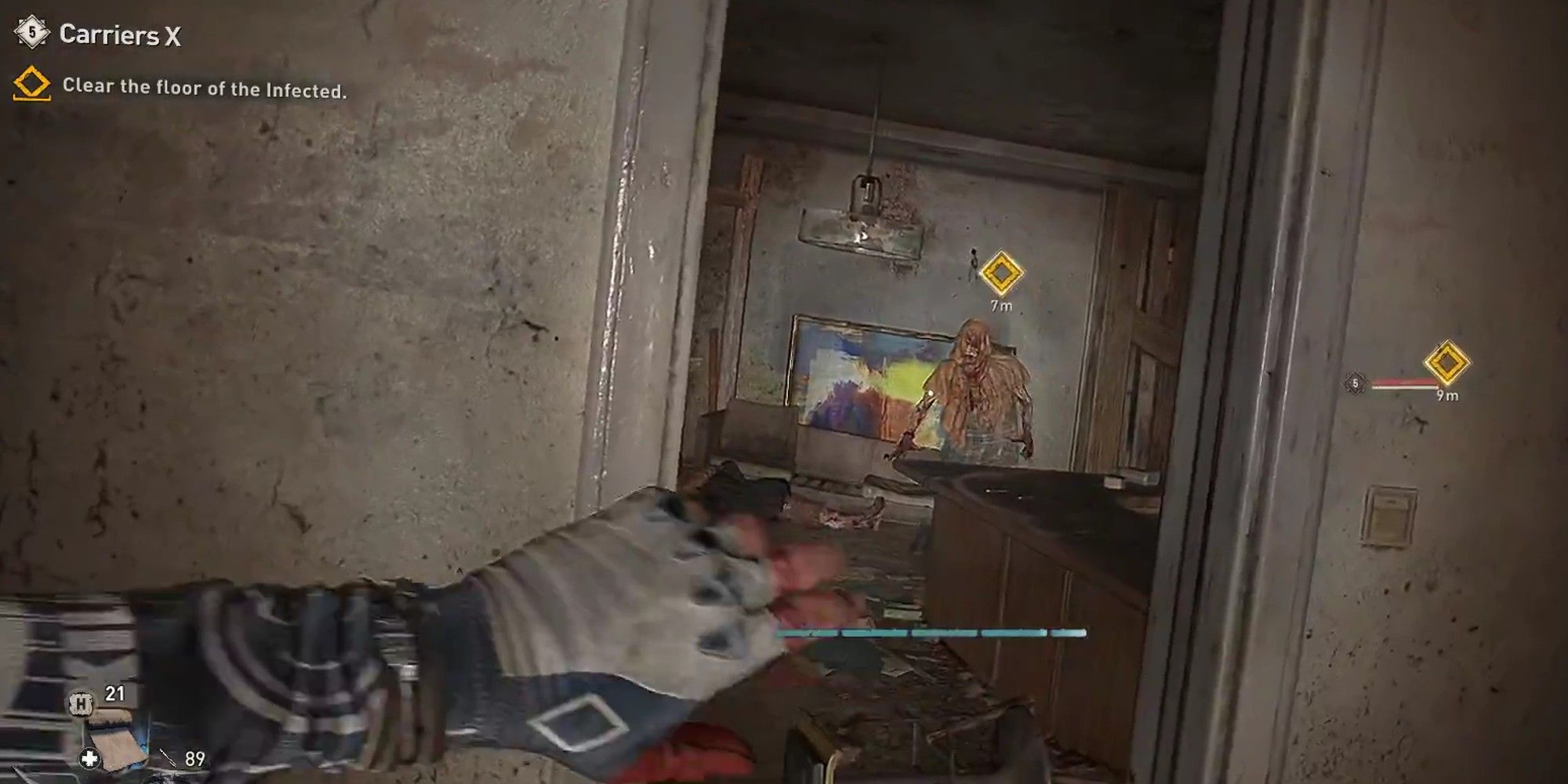 The floor below will have some infected lurking around. Jump down and kill the infected in the area.

Once the area is free from the infected, head back to the witness' door and knock on it. A cutscene will play where the stranger will tell you that Jack got ambushed by masked men, who took him to a nearby building. 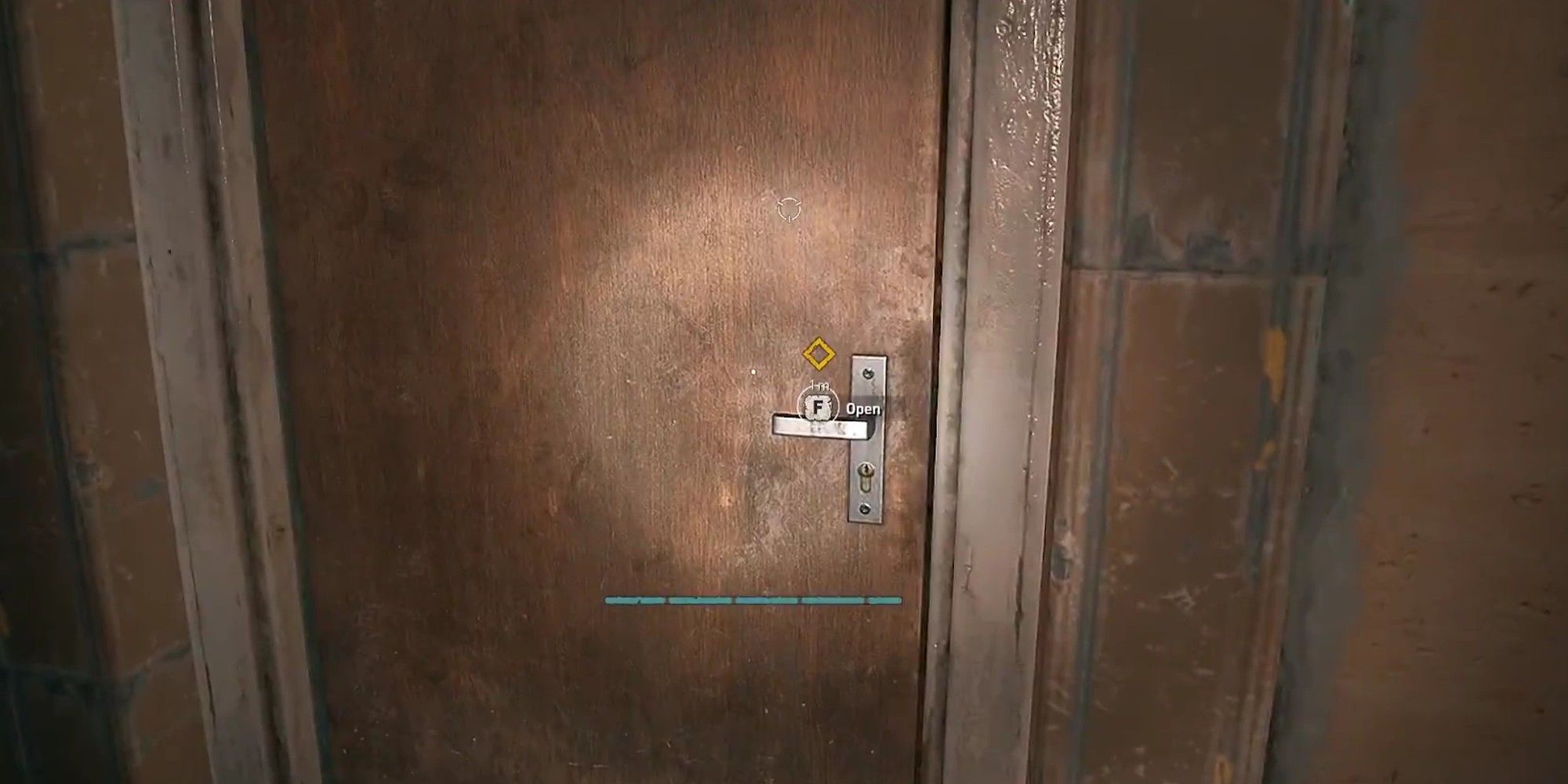 Go to the building where Jack was taken to by the masked men who ambushed him. Interact with the door to initiate a cutscene.

There will be three enemies inside the room that will be waiting for you. Derek, a former member of the Carriers Guild organization, will come from behind to help you in the situation. A fight will begin where you have to kill the three thugs. Beat the masked thugs with your weapons and talk to Derek after the brawl.

Derek will tell you that he's been following you around for a while now and saw you getting into the trap. He was following Jack but lost him after the masked men dragged him into this building. 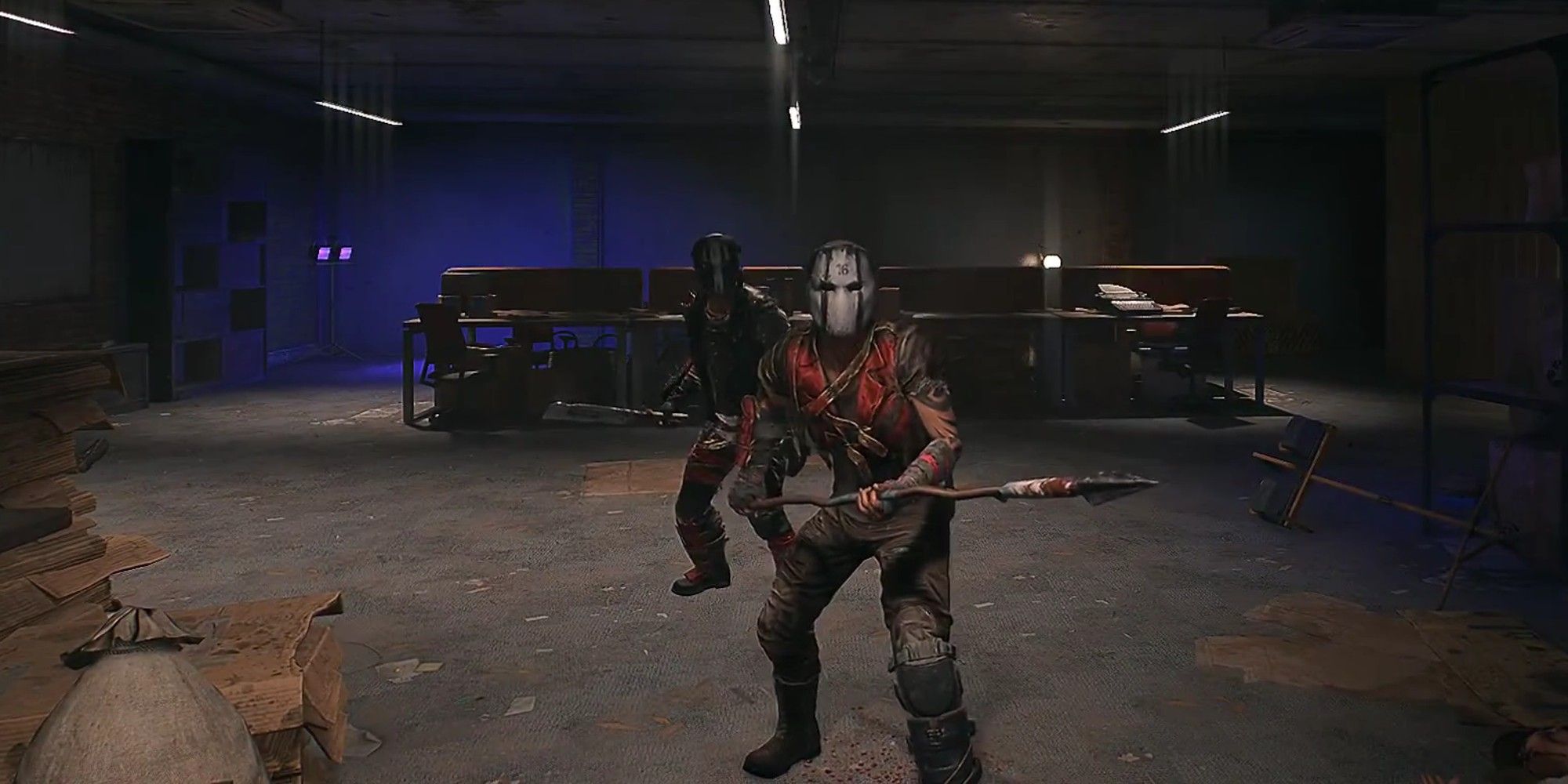 Driscoll will radio you soon after to inform you about the attack on the Carriers Guild headquarters. Derek will go on a lead to find Jack while you head towards the headquarters. Once you reach the head office, enter inside to find the office under attack by the masked thugs. The thugs will lock you in, and all of them will attack you at once.

The masked men are skilled fighters and will put up a good fight. They will block your attacks, making it difficult to break through their defense. Use your ranged weapons when the enemies are in the defensive stance or perform a dropkick to stagger them. They will now be vulnerable to attacks, and you can damage them till they drop dead to the floor.

Head to the next room to find three more masked thugs waiting for you to come in. Use the same strategy from the tip and defeat the thugs. One of the enemies will be holding a Molotov and drink from it to breathe fire towards you. Stay clear of the flames and make sure you don't get caught in the fire.

Once you defeat the masked thugs, open the door to the next room where Driscoll is being kept hostage. Two more enemies will be beside Driscoll and jump on you the moment you enter inside. Kill the enemies that are keeping Driscoll hostage and untie him. 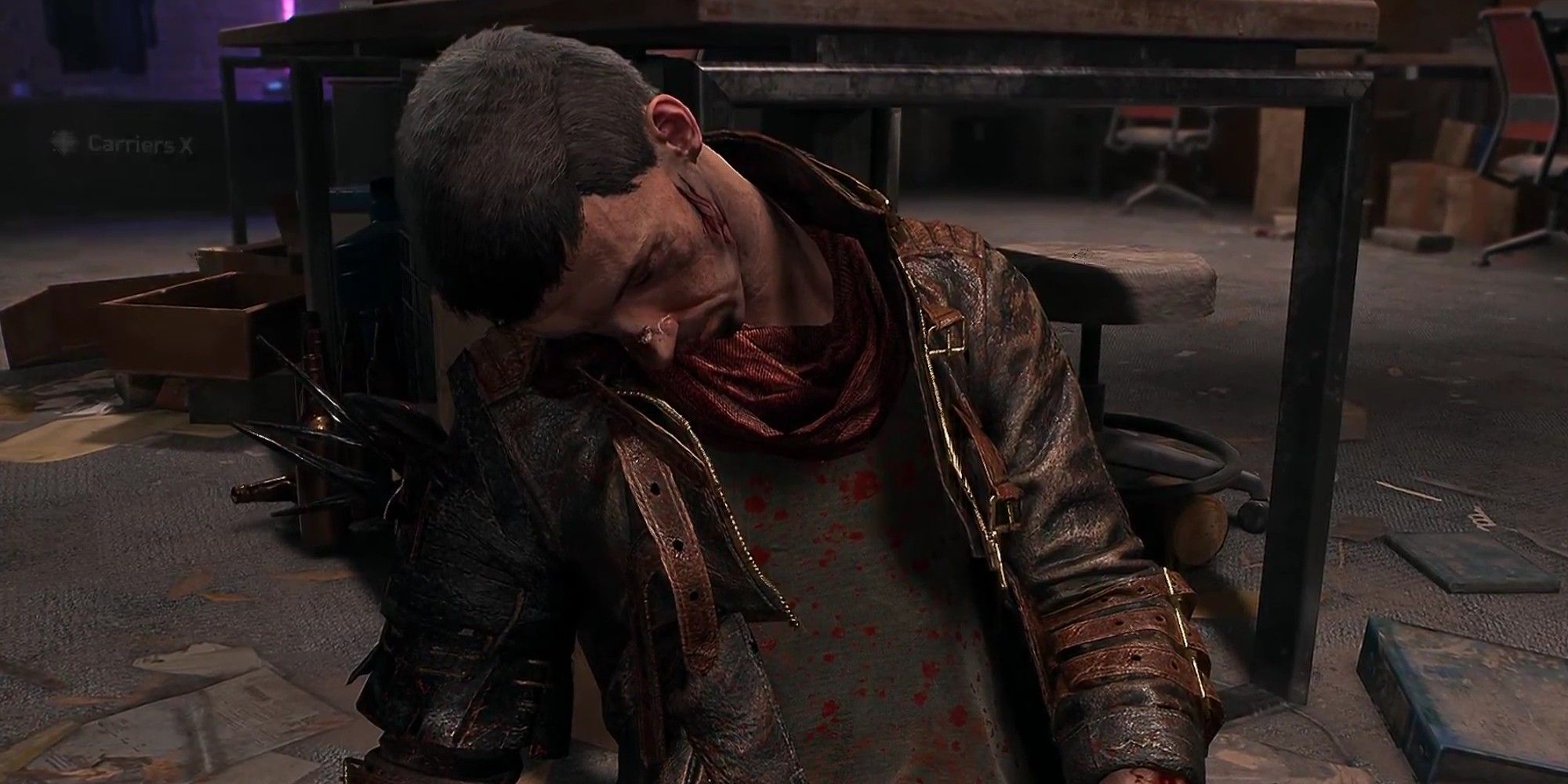 Driscoll will get a call from one of the carriers to take a look at the attackers. You will find out that the leader of the masked men was Jaime, who attacked the headquarters.

Jaime worked for the Carriers Guild but was secretly under Waltz's commands to get top-secret information out of the organization. Waltz is in search of complete information about the city and its people that the organization currently has control over.

Derek will radio you to let you know that Jack was found dead, and he has dealt with his killers. 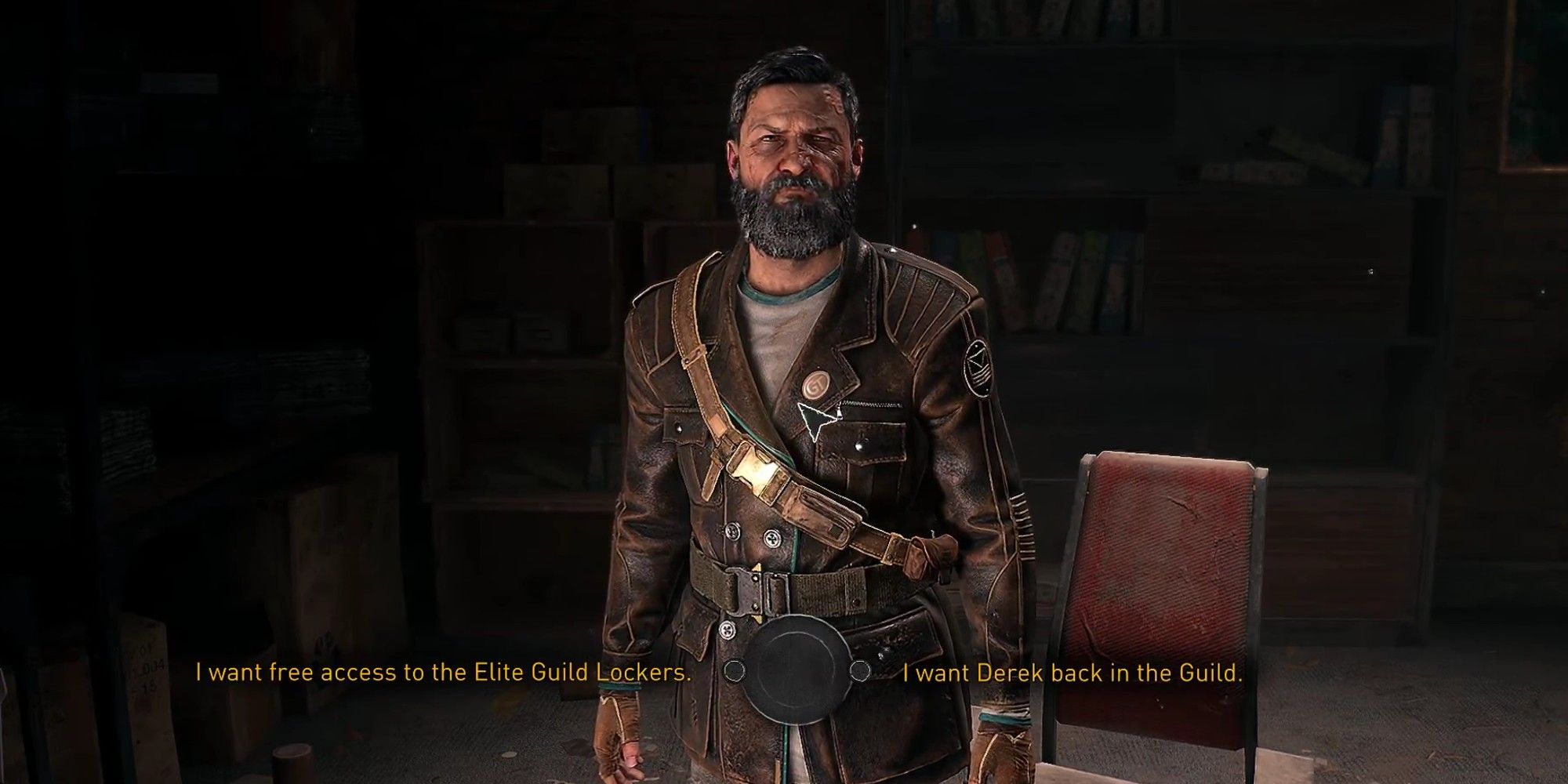 Driscoll wants you to come to his office where he wants to talk with you. He is willing to let you in on the top-secret of the organization that Waltz wants to get his hands on. Driscoll will promote you to the highest tier of the Carrier's Guild ranks for defending the headquarters from the masked thugs.

He will also give you one favor to ask from him for getting the promotion. You will now have to choose from two choices:

I Want Free Access To The Elite Guild Lockers

You will have the option to get access to the Elite Guild Lockers, which contains all the information about the city and its people that will prove useful to you later on.

The reward for completing the quest and choosing this option will be as follow:

I Want Derek Back In The Guild

If you choose to have Derek back in the Carrier's Guild, Aiden will ask Driscoll to accept him back into the organization since he also played a role in helping the organization. Driscoll will accept your favor and have Derek reinstated. Derek will hear the conversation and tell you to meet him in the Canteen.

Once you reach Derek, he will have a little surprise for you. The mission will end right after, and you will get the following rewards:

This concludes the Carriers X side quest in Dying Light 2.