One of Elden Ring's unique features is item crafting. By using materials you harvest from the Lands Between, you can craft powerful consumable items to enhance your damage, purge debuffs, and much more. Even if you typically don't dabble with crafting systems in RPGs, you might want to make an exception with Elden Ring.

Unlocked fairly early in your journey, crafting is your main source of consumable items and ammunition for ranged weapons. Just about every build in Elden Ring can benefit from using the consumables on offer here. Let's go over how to unlock the crafting system, gather materials, and unlock new recipies throughout your playthrough.

How To Craft Items 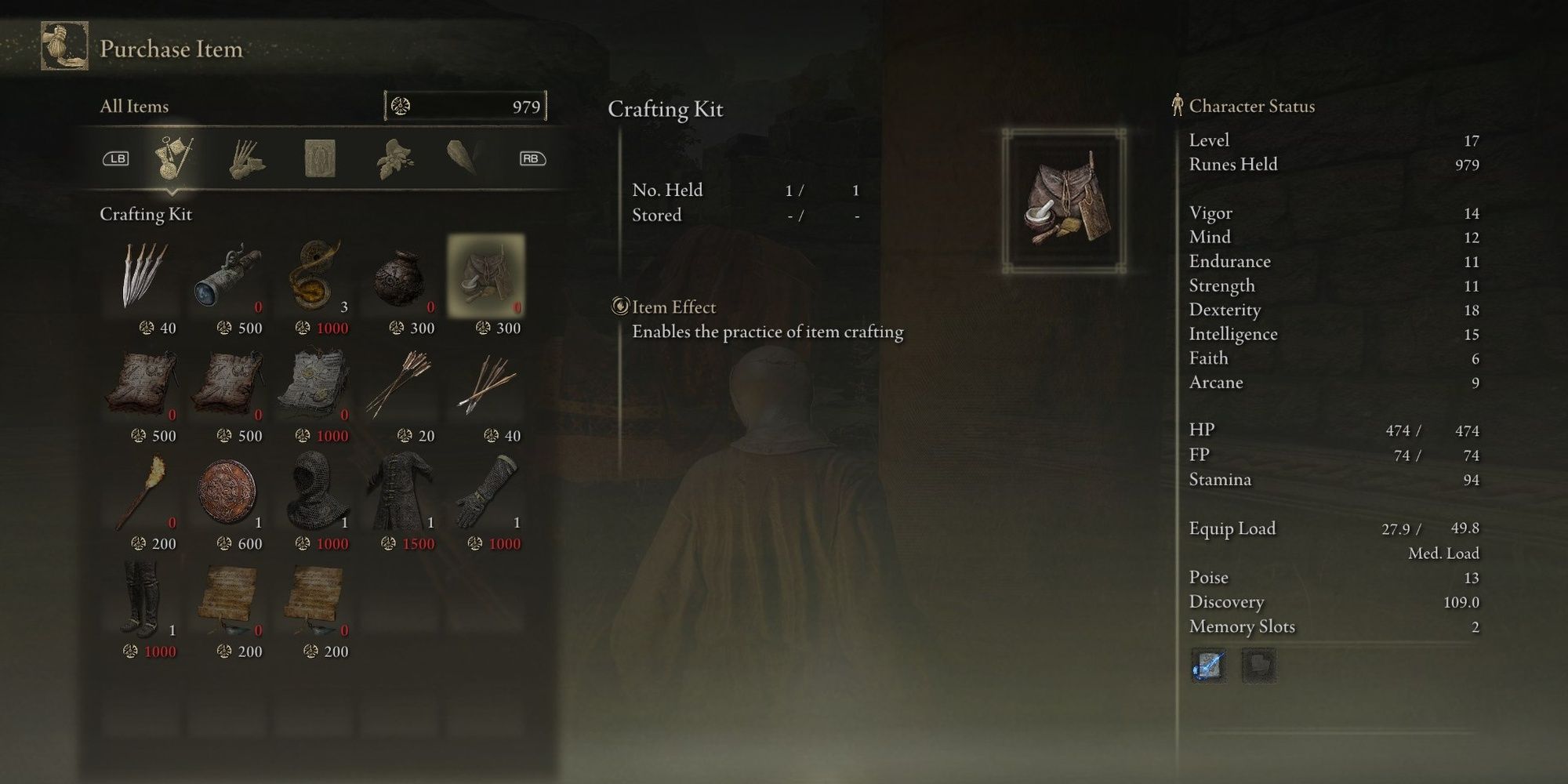 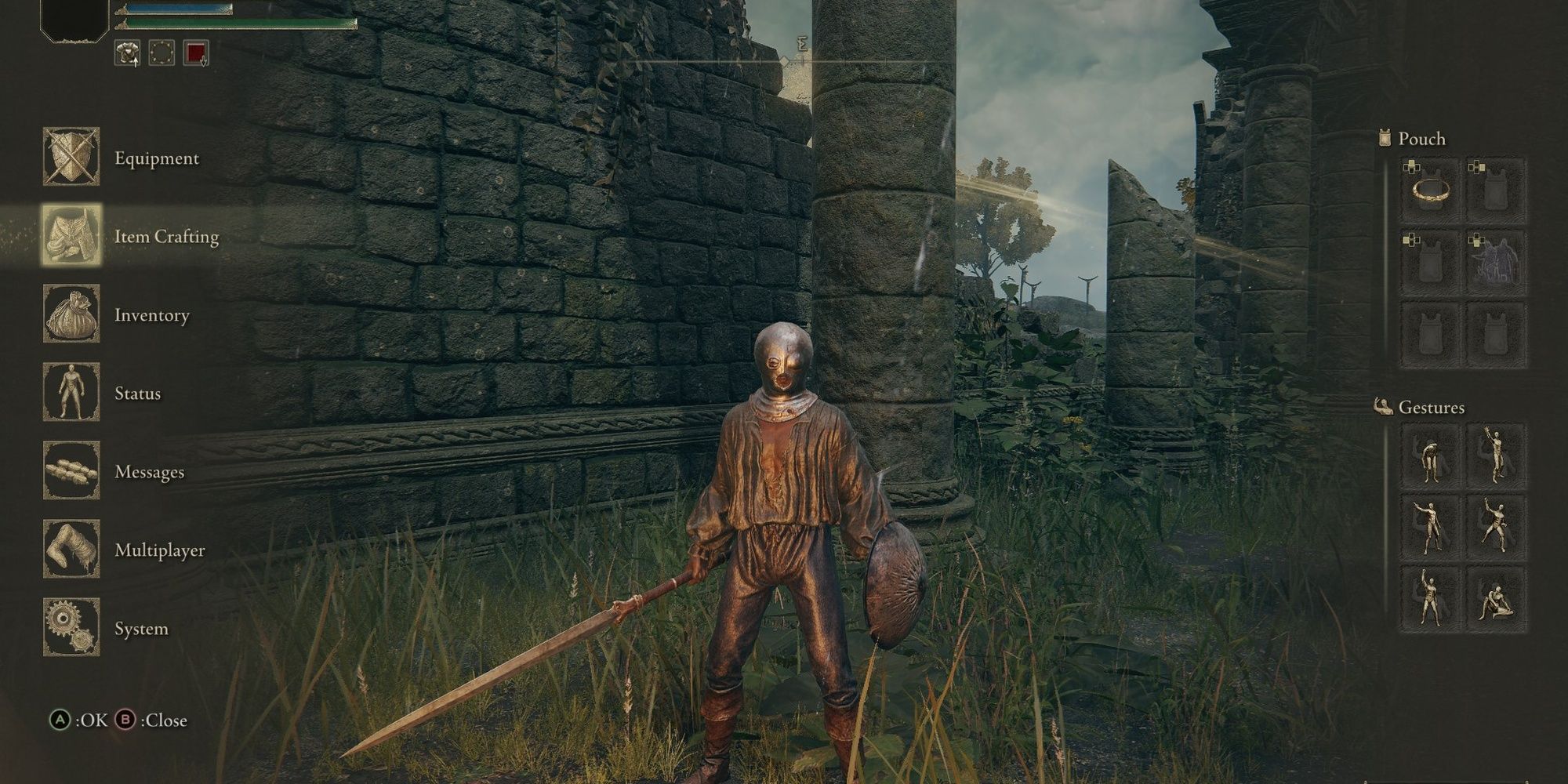 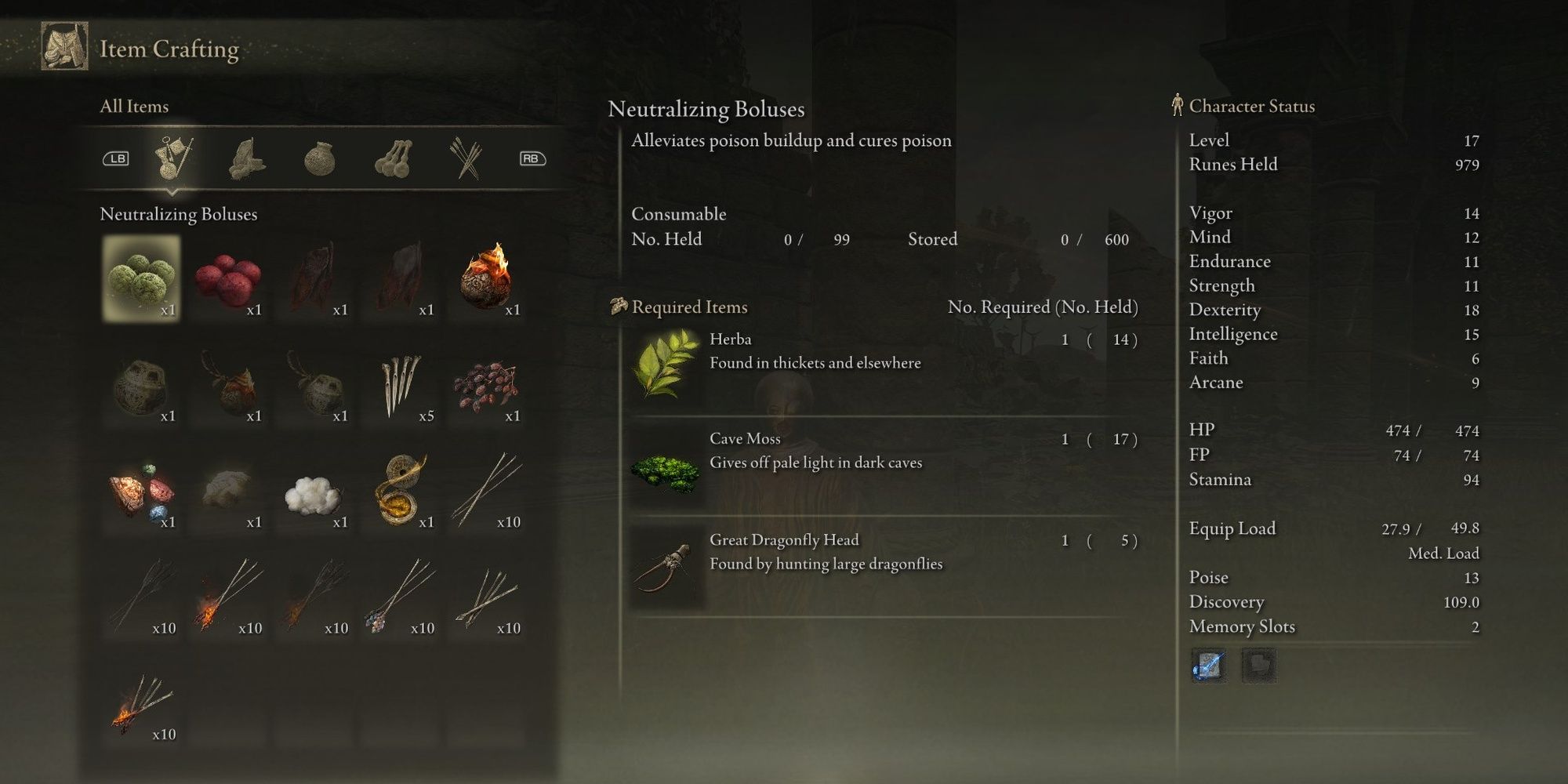 A Crafting Kit is required to start making items in Elden Ring. You can purchase a Crafting Kit from Merchant Kale at the Church of Elleh for 300 Runes. Once purchased, you'll be able to access the "Item Crafting" interface. Crafting can be done anywhere in the Lands Between, not just at Shrines of Grace.

Elden Ring's crafting system allows you to create consumables and ammo types at will to suit your needs. Need to stock up on arrows? Find some nearby bones and turn them into ammo. Are you stuck in a poisonous cave? Craft some Neutralizing Boluses from cave moss. Of course, you won't be able to craft everything at the start. Players will need to scavenge for crafting resources and cookbooks to unlock the Crafting Kit's true potential. 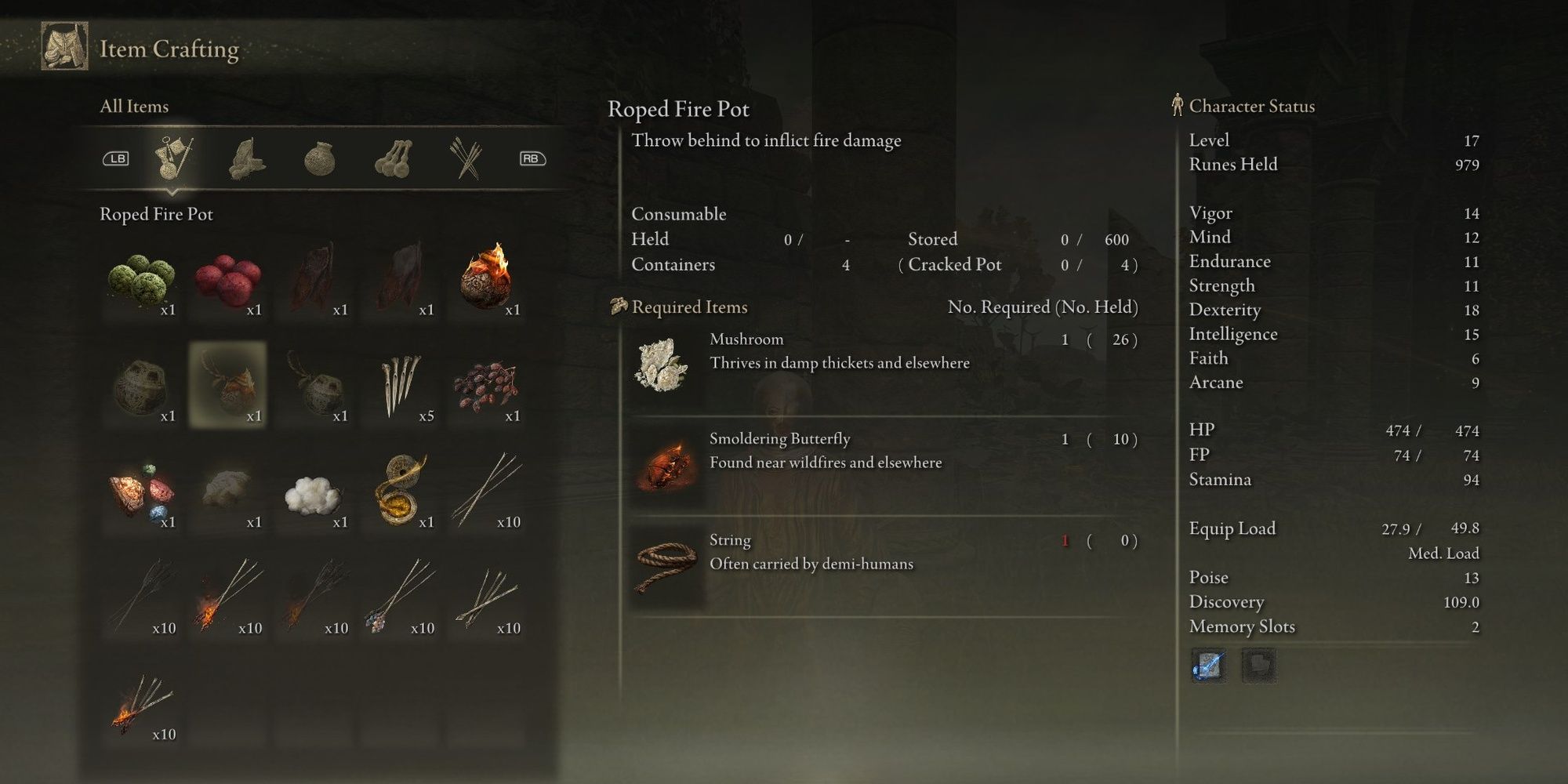 You won't be able to craft anything unless you have the necessary materials. The crafting UI will tell you which items you'll need to make a particular item. Resource requirements vary wildly based on the item in question, although most materials you'll need are enemy drops or items you scavenge in the Lands Between.

For example, let's say that you wanted to make some Roped Fire Pots to damage enemies chasing you. The recipe requires a mushroom, smoldering butterfly, and piece of string. Mushrooms emit a bright glow in the open world, so they're fairly easy to find. Smouldering butterflies typically reside near source of flame like campfires, and string can be obtained by slaying demi-human enemies. The crafting interface gives you a rough idea of where you'll find each resource in the recipe, so don't worry about memorizing where each crafting material comes from.

For some consumable items, you'll also need a cracked pot to make the item. This item is typically sold by merchants for a small fee. Crafted consumables do not recharge when used, so be mindful of which consumables you craft and how many. 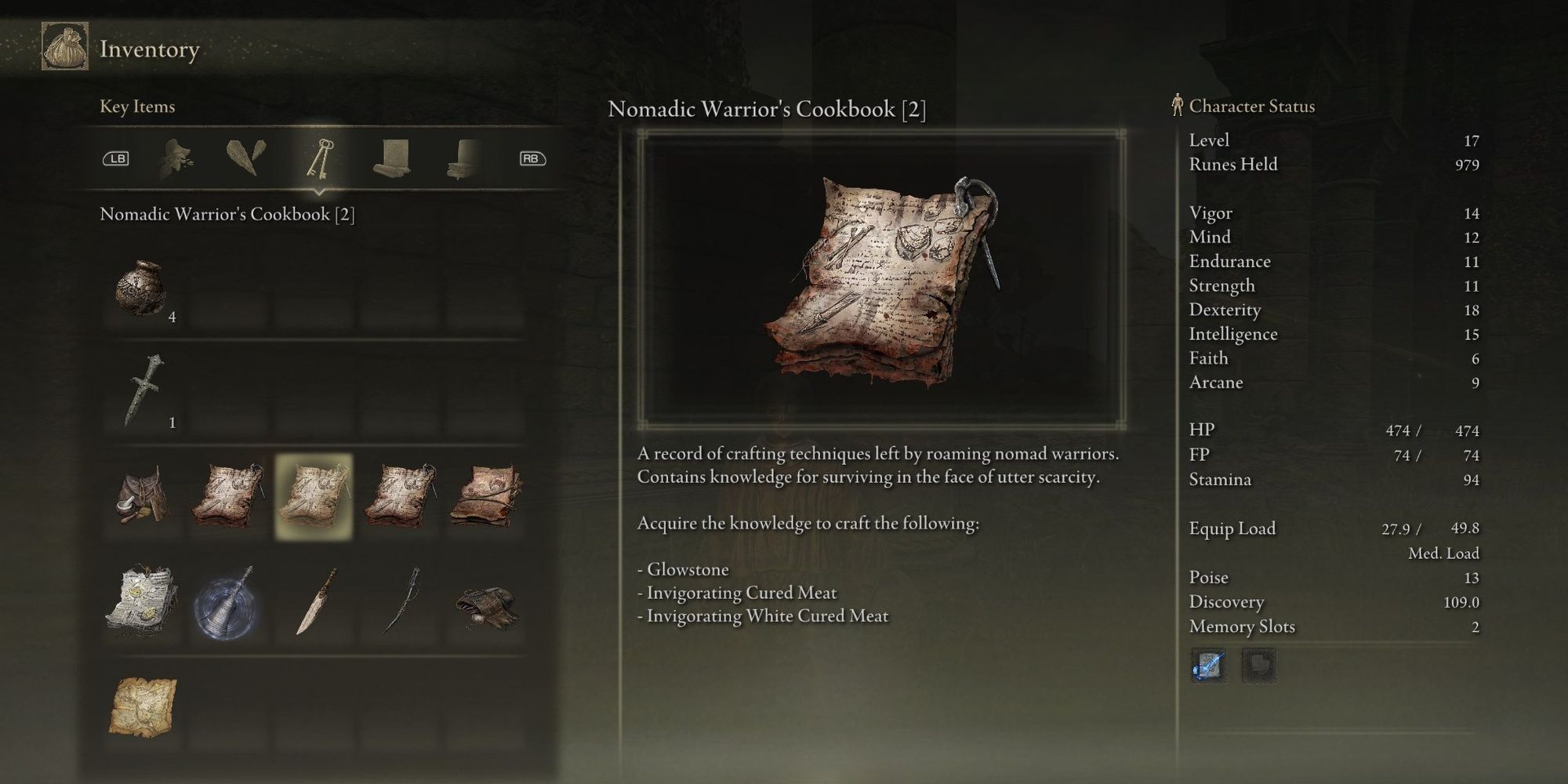 We haven't found every cookbook as of writing this guide, but we'll list the cookbooks we have currently found. We'll update this guide in the future once we've found the rest of Elden Ring's cookbooks. 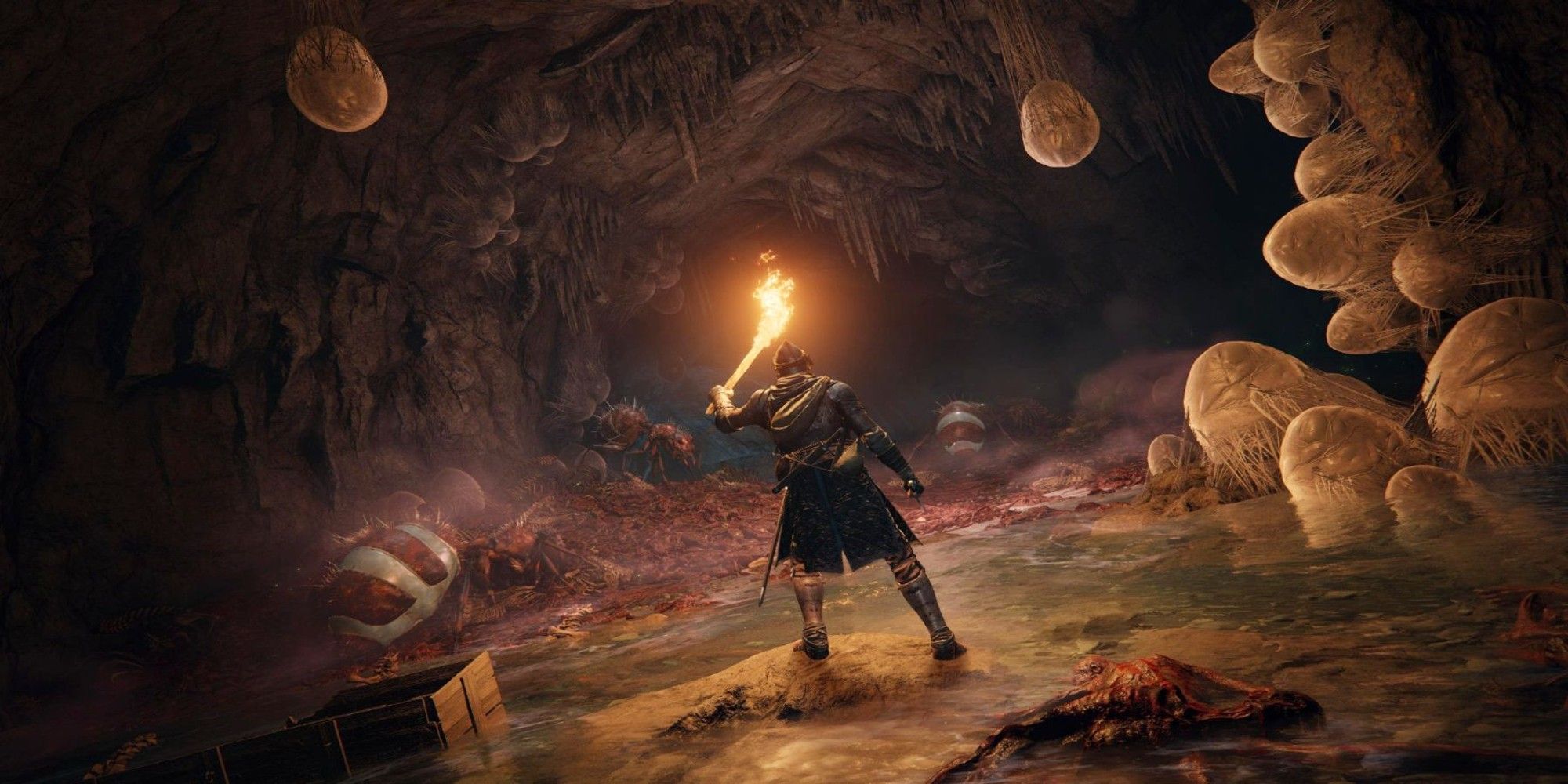