Castle Sol is an Elden Ring area located in the Mountaintops of the Giants. The castle has powerful enemies like the Banished Knights. In addition to them being strong, they are in their spectral form which makes them engage and disengage from you whenever they want. The castle holds importance because it contains part of a secret Medallion. This part is necessary if you want to access the west side of Mountaintops of the Giants.

Conquering the castle will require you to face a challenging foe who will take help from his fellow knights. Here is all you need to know about Castle Sol. 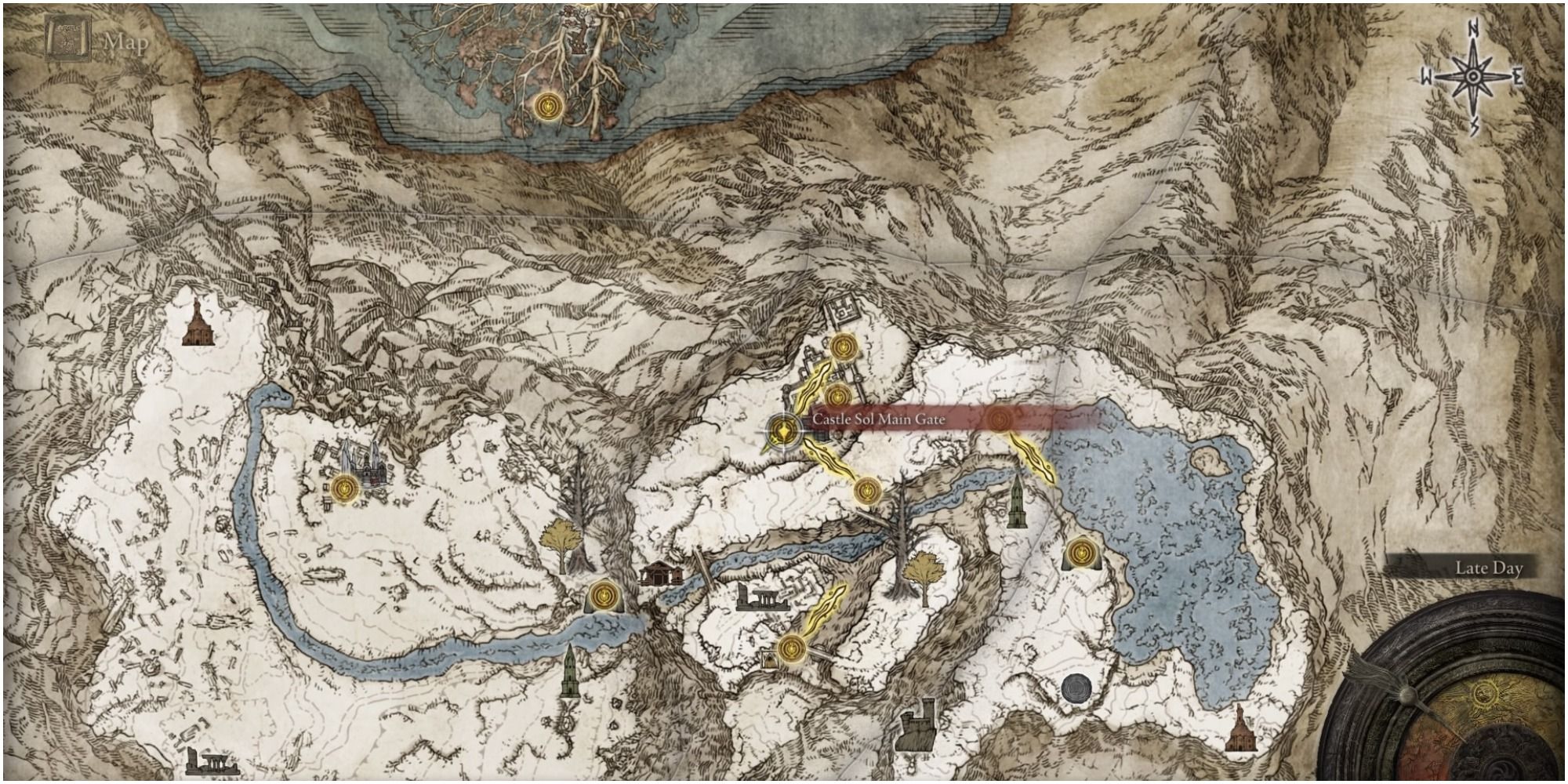 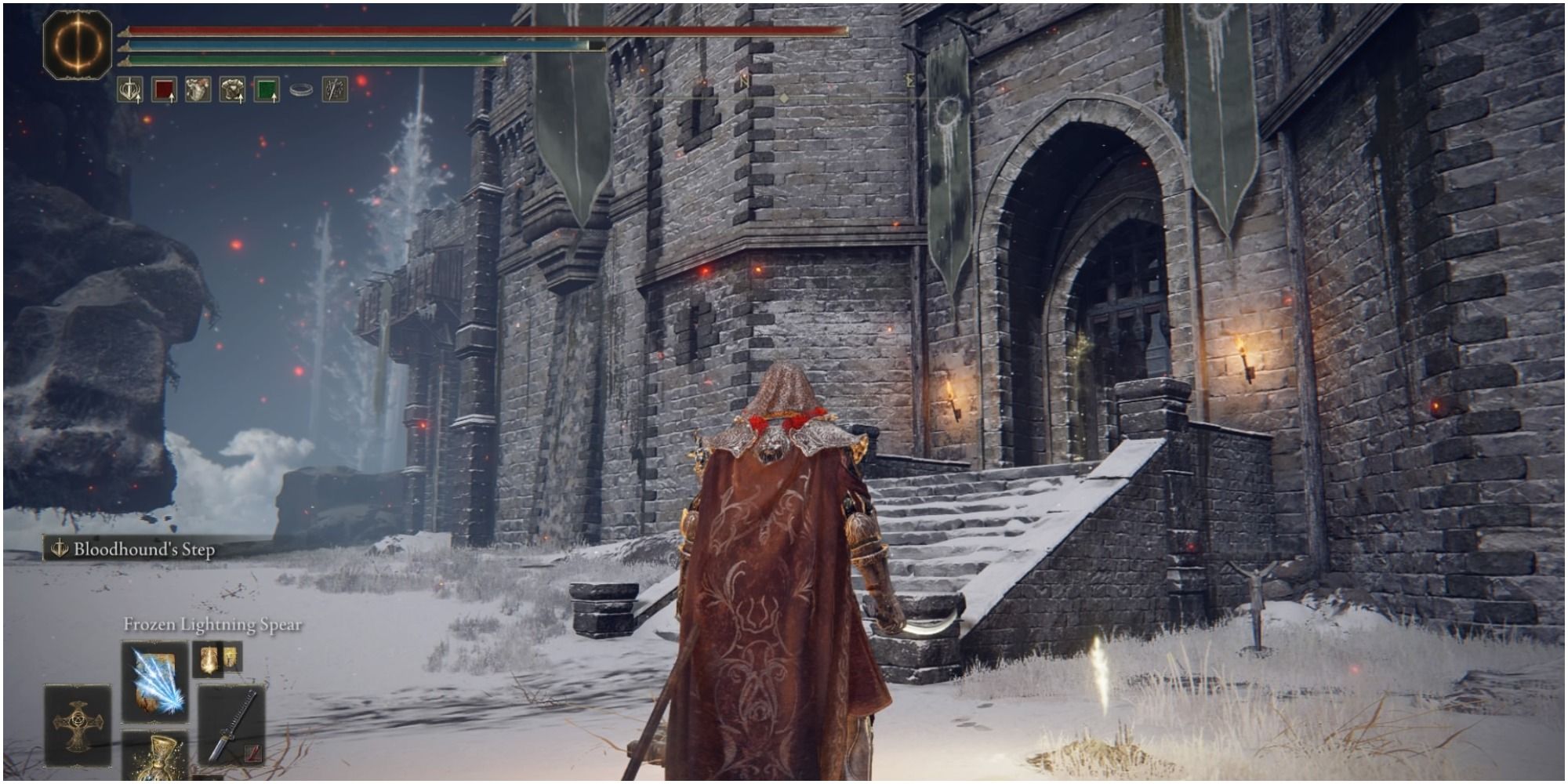 After reaching the entrance of Castle Sol, interact with the Site of Grace and go inside the castle. Inside you will come across a Lion Guardian. If you kill it, it won't spawn again. 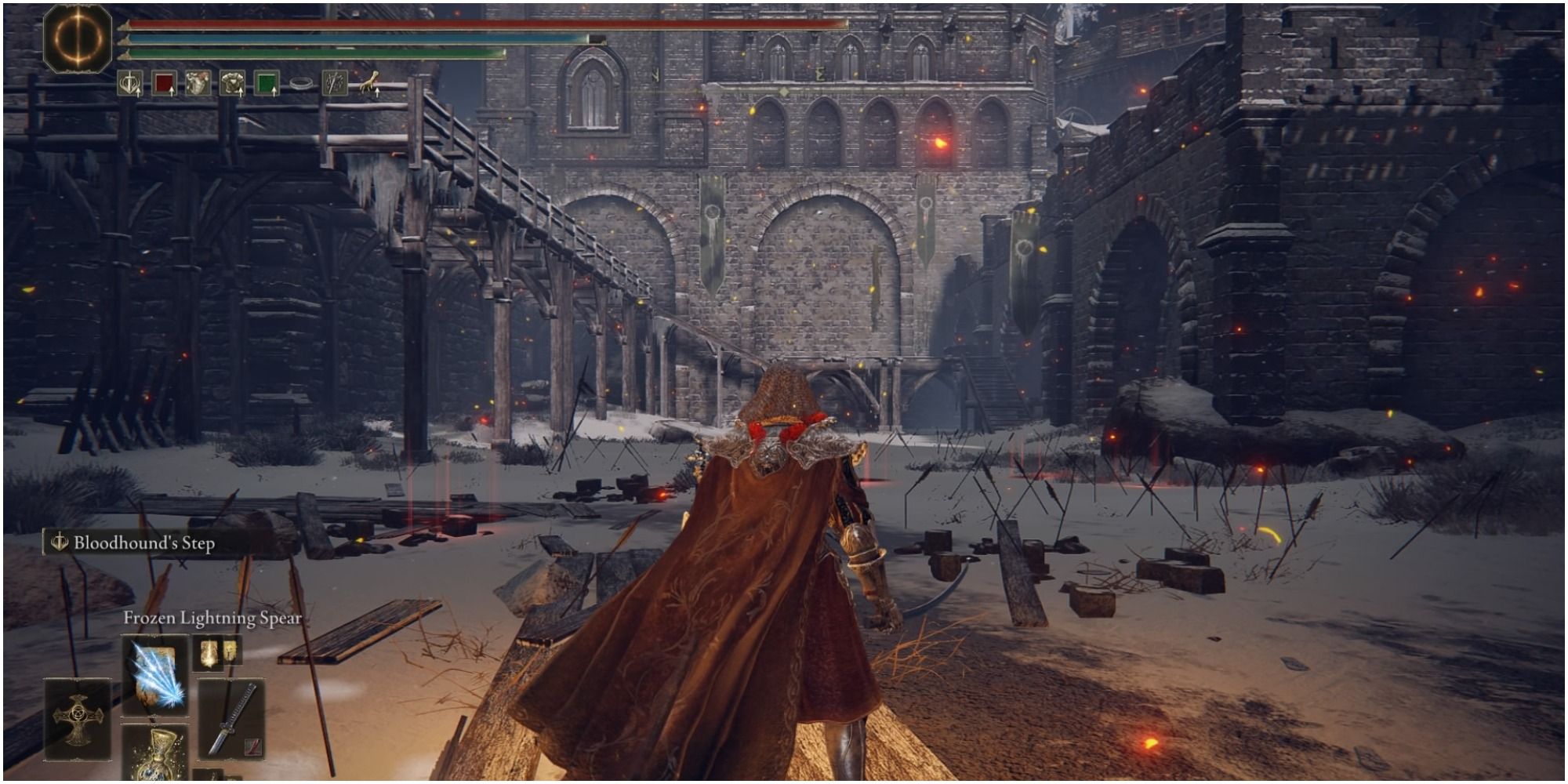 Towards your right is Golden Rune [10], collect it and proceed towards the left path. 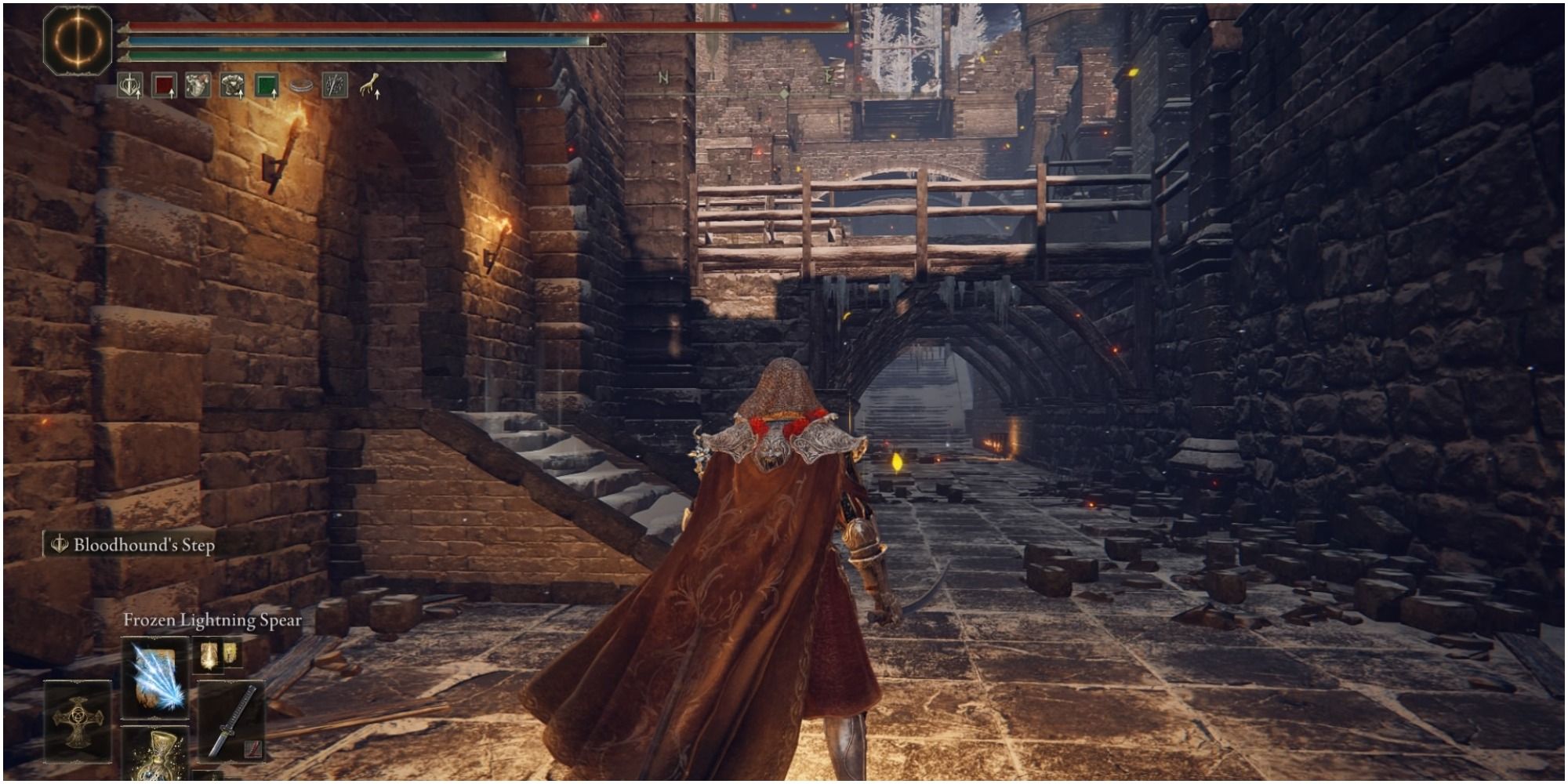 Go past the wooden barricades and go straight to pick up the Furlcalling Finger Remedy. Head back and go up the steps. Inside will be a room with multiple Slugs and a Nascent Butterfly. Kill the slugs and go up the ladder and pick up the five Fan Daggers from a corpse in the southwest direction. 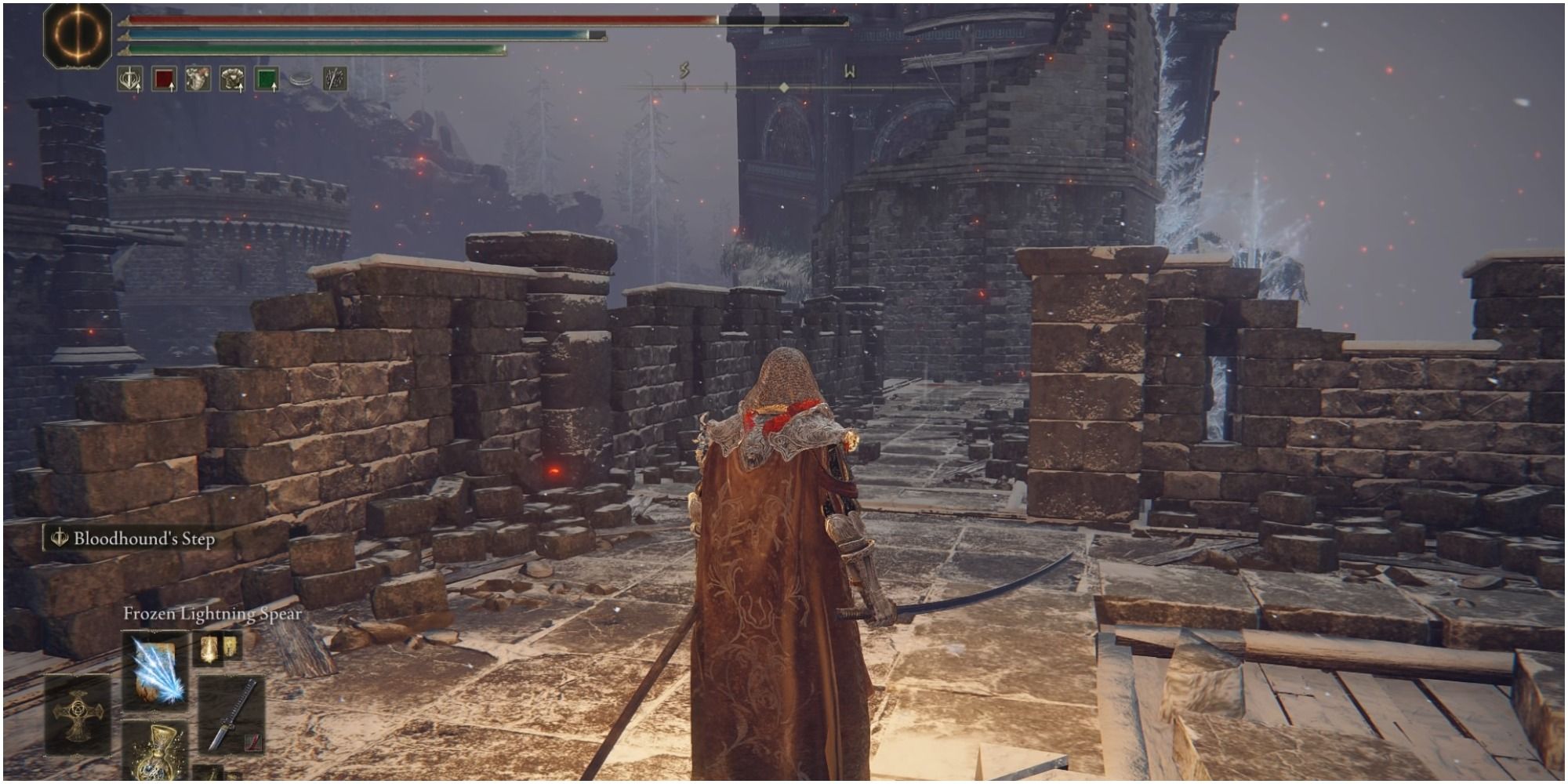 Traverse the top of the castle and reach the other side through the wooden plank. There will be a Spectral Exile Soldier deal with it and pick up the Golden Rune [10] ahead. Kill the soldier using the Ballista at the end and cross the wooden bridge to reach the other Exile soldiers. 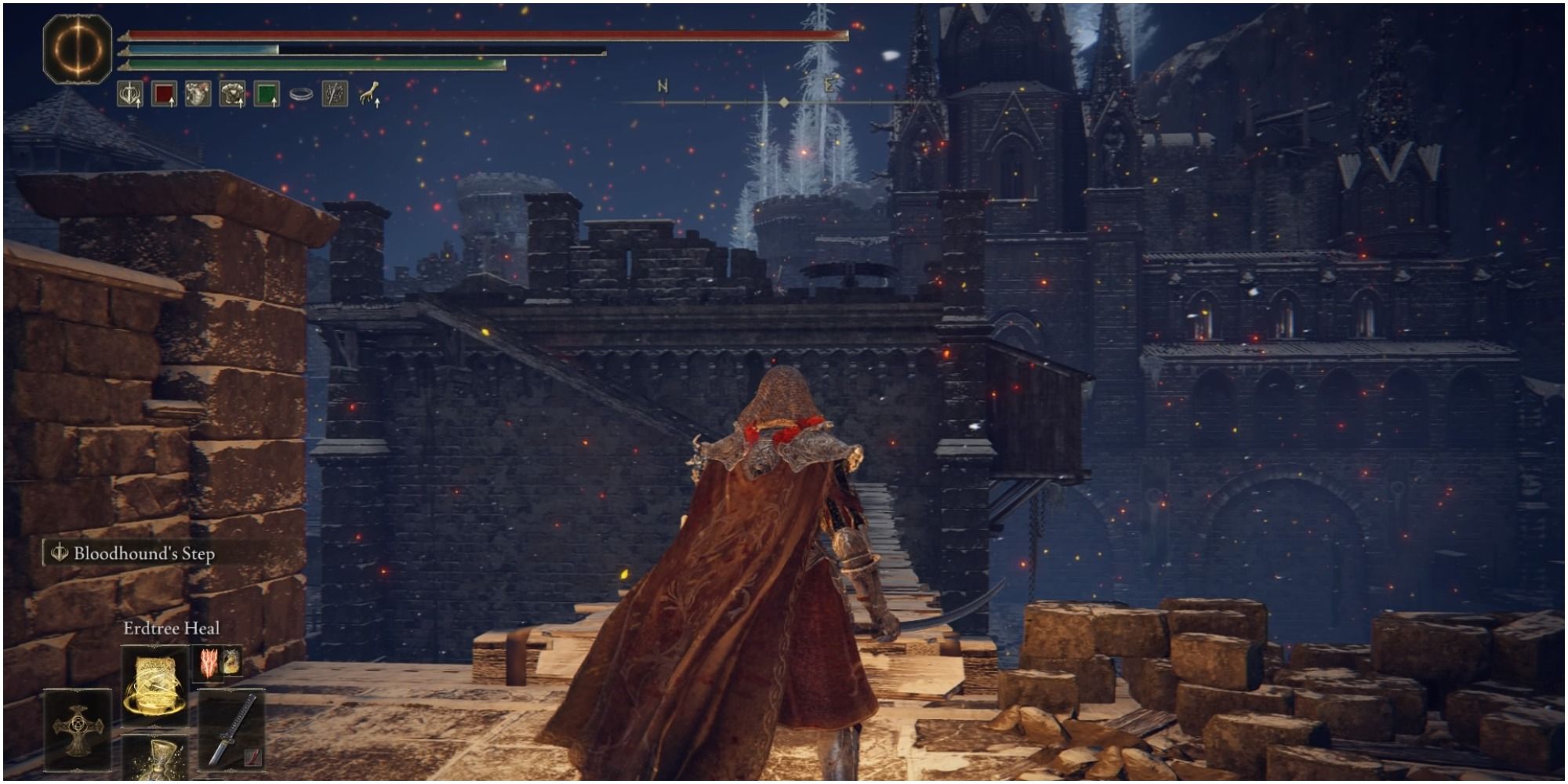 Pick up the Smithing Stone [6] from here and drop down using the ladder. You can examine the painting in this room and collect the "Sorcerer" Painting. Open the door and kill the Lone Wolf on your left. Go right and kill the two wolves and the Warhawk. 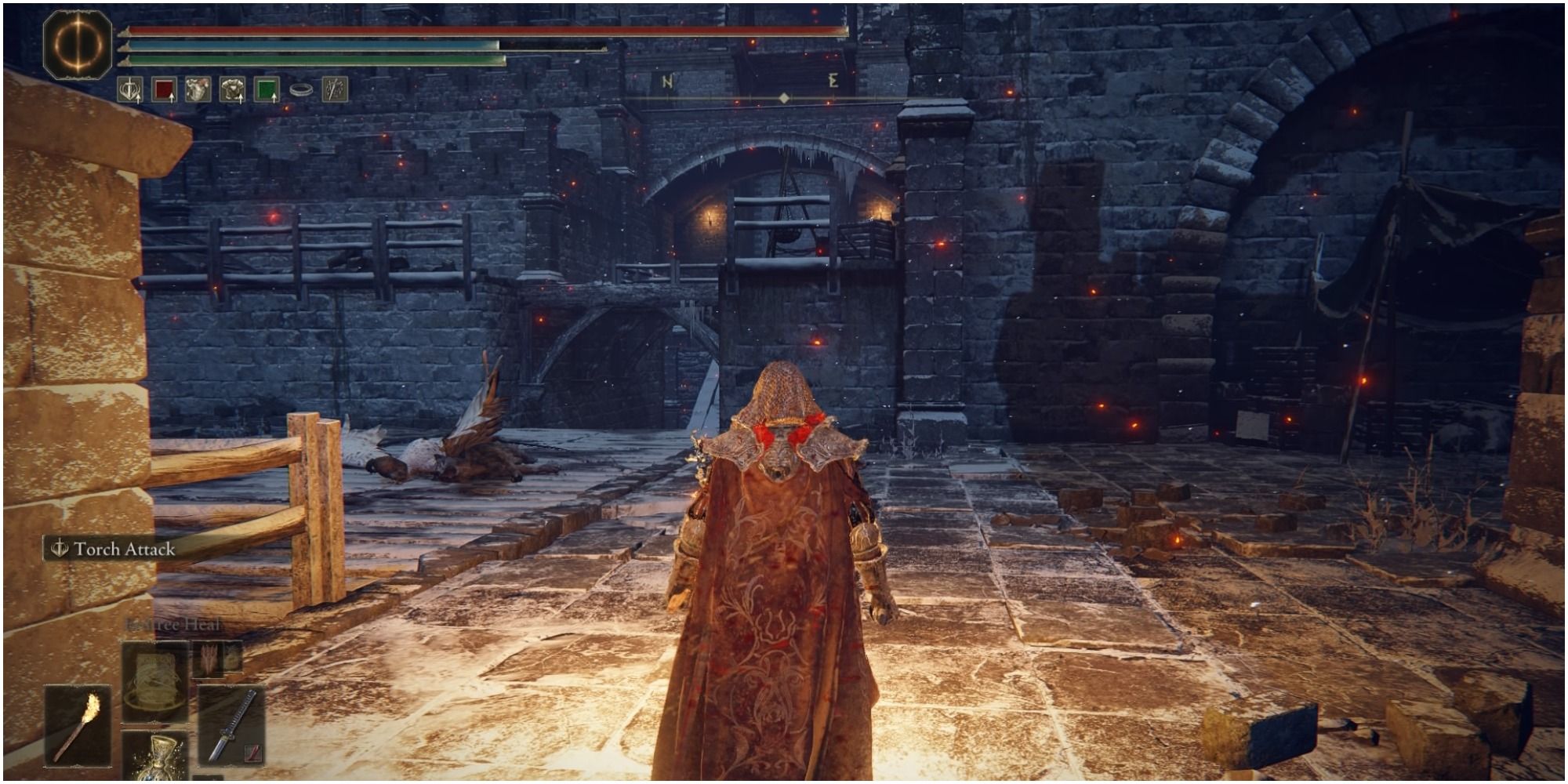 Go right first and pick up the three Thawfrost Boluses. Go underneath the wooden platform ahead to acquire Smithing Stone [5]. Now go back up the staircase and take a left and go through the wooden walkway all the way to the end to reach a corpse with five Freezing Grease. Collect it and go back to where you killed the wolves and take a left. Head inside the building, and you will reach the main courtyard. 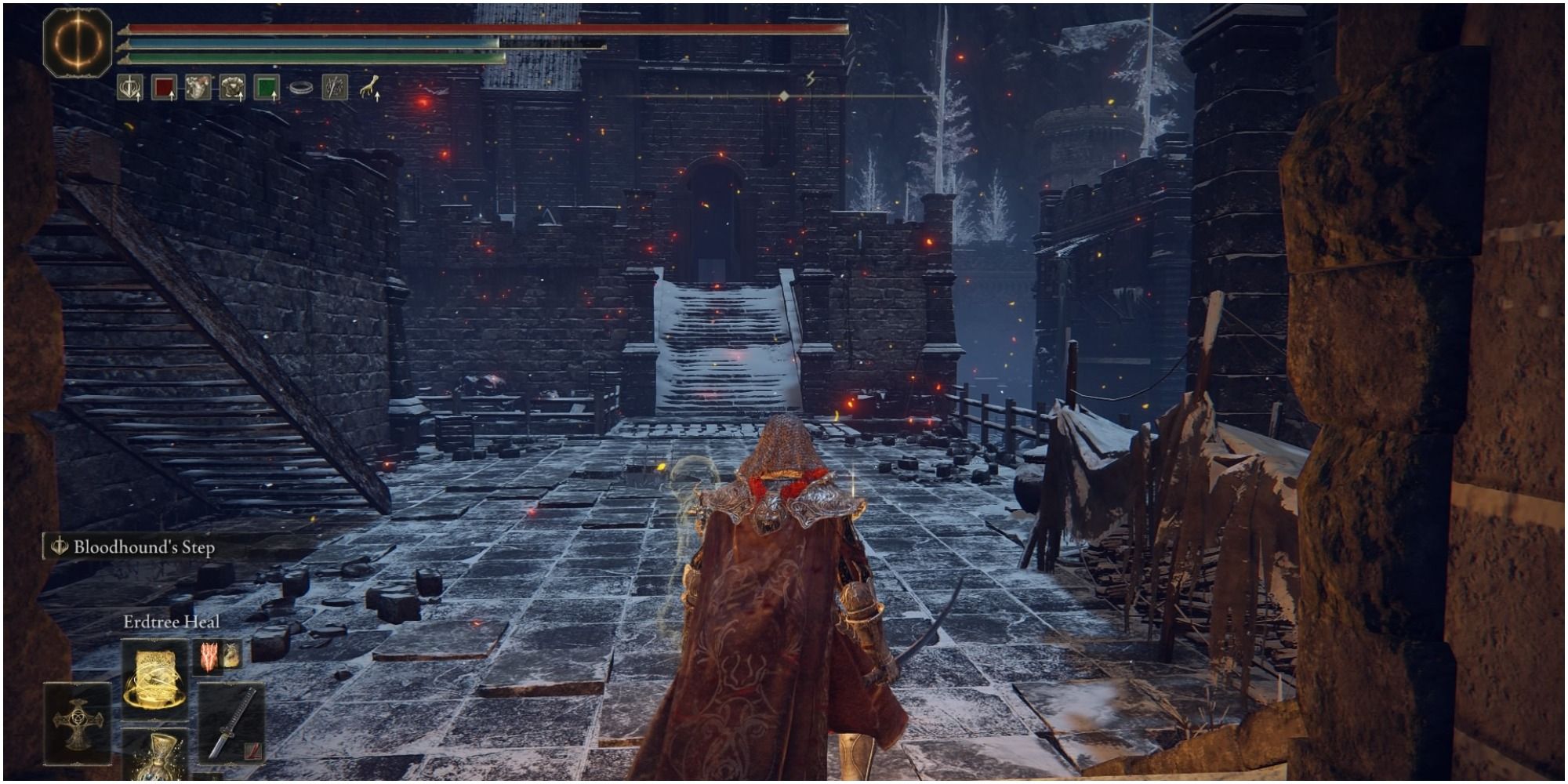 There will be two exile soldiers here and two more up the staircase on your left. After dealing with them, collect Golden Rune [10] from above and continue south towards the Church of Eclipse. There will be a Banished Knight and a crossbow Exile soldier. Deal with them and loot the Thawfrost Boluses from the wooden platform. Go inside the church to find your second Site of Grace. 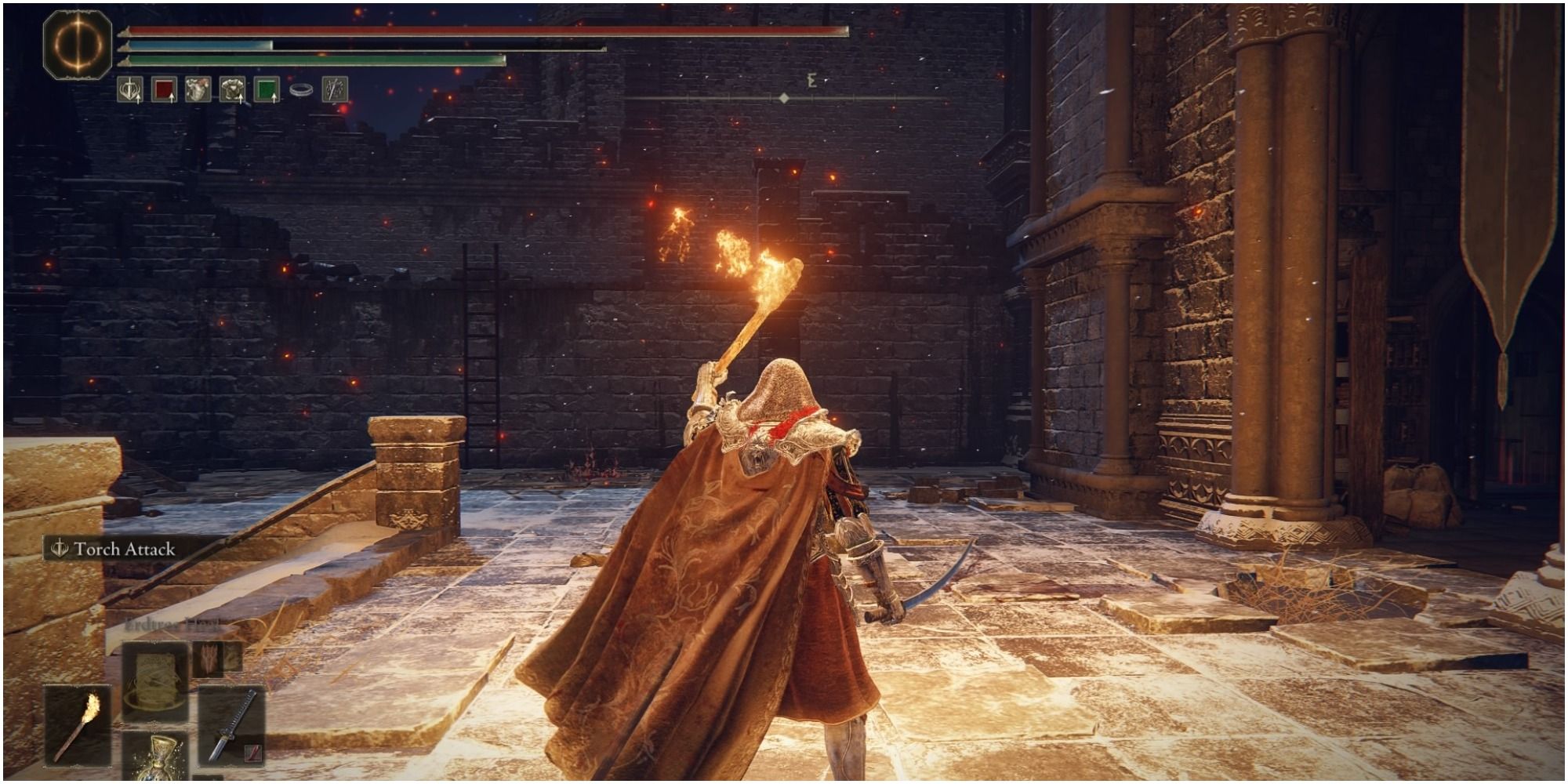 Go back out and climb the ladder. There will be a Smithing Stone [5] on your right. Go left now, and you find a corpse with Golden Rune [9]. Proceed further ahead until you reach the wooden bridge. 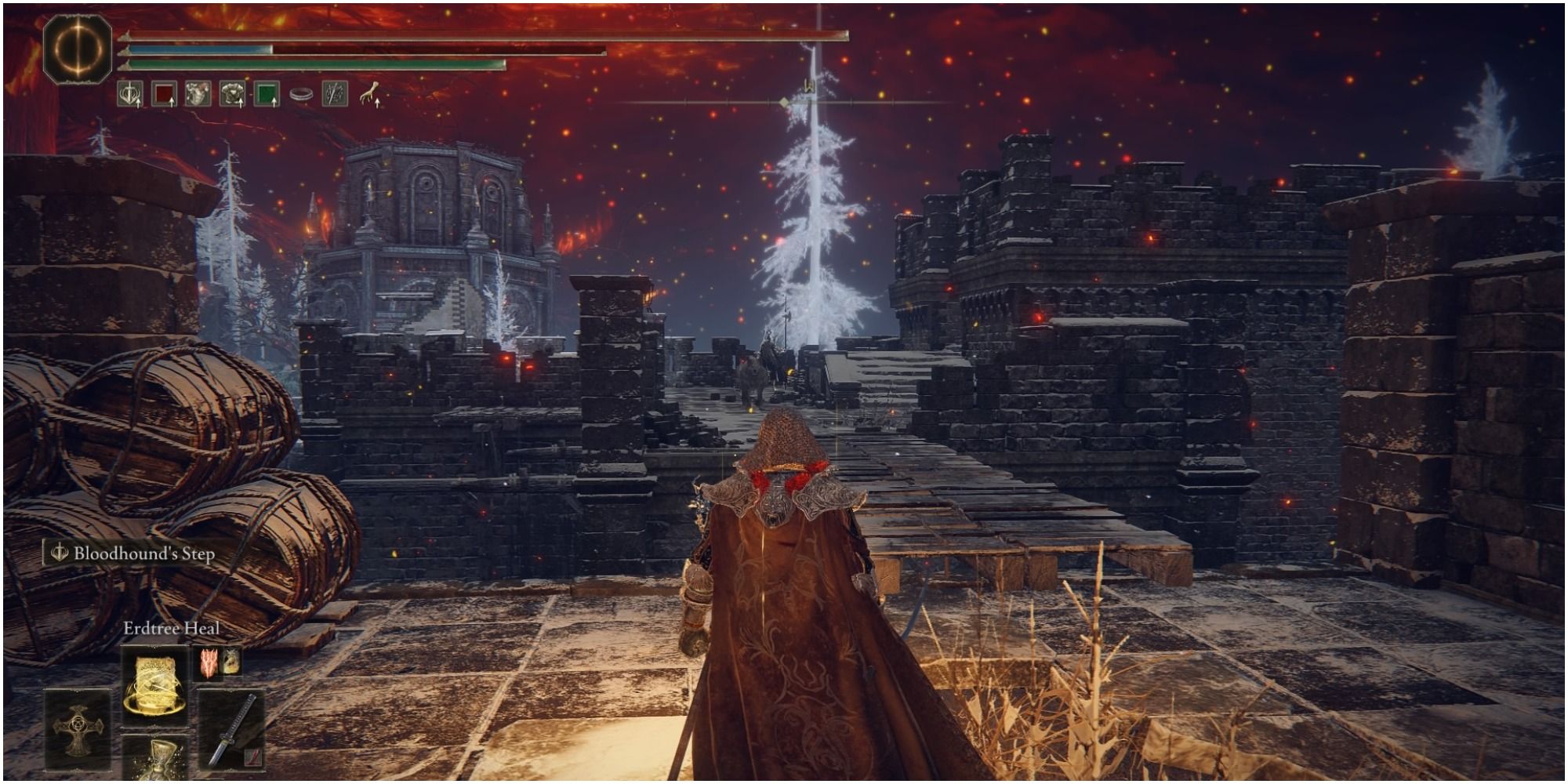 Across the bridge are two wolves and a Banished Knight. Kill them and collect the Stonesword Key up the steps. Teleport back to the Church of Eclipse and collect the Eclipse Shotel from the table. 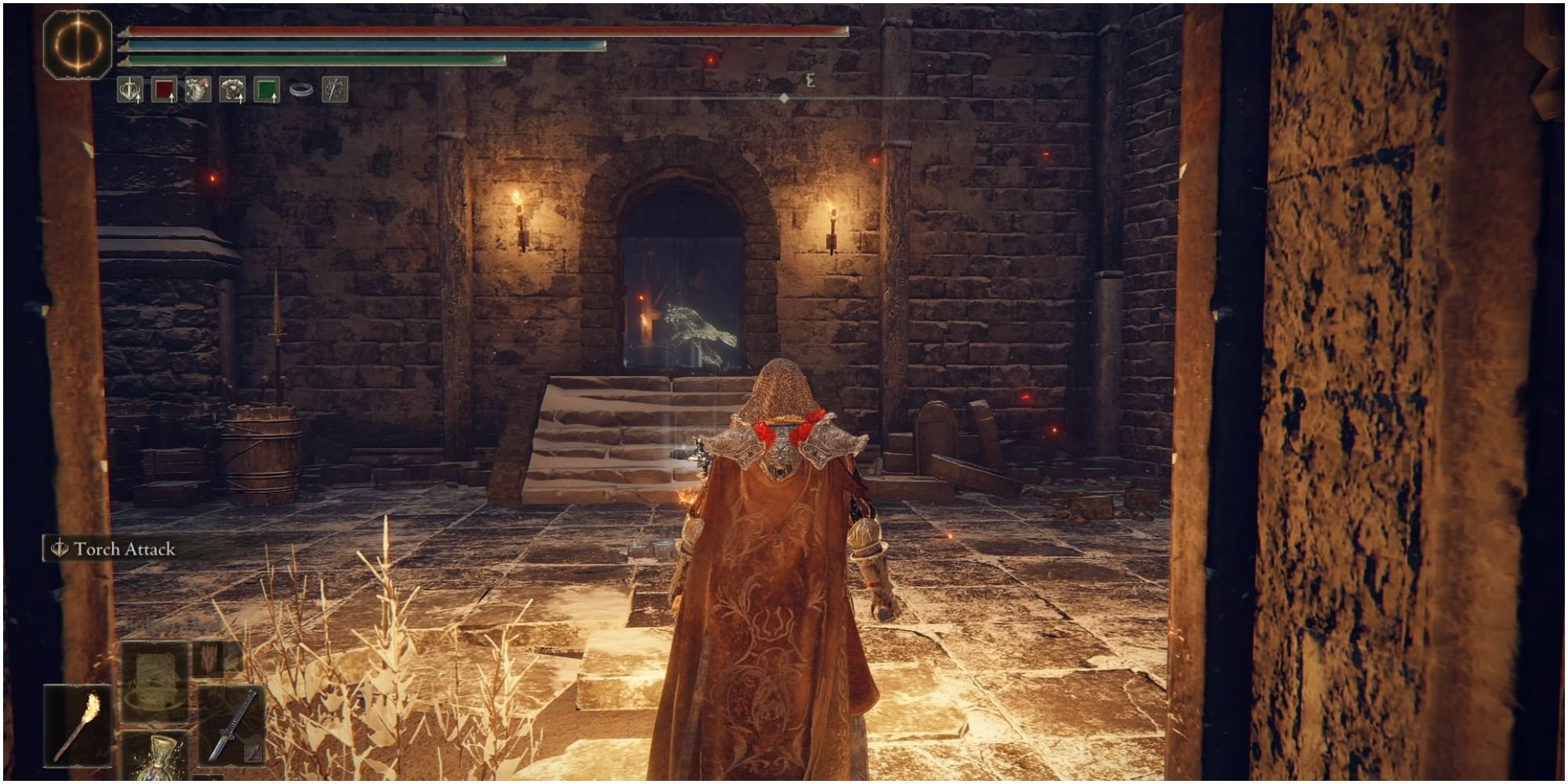 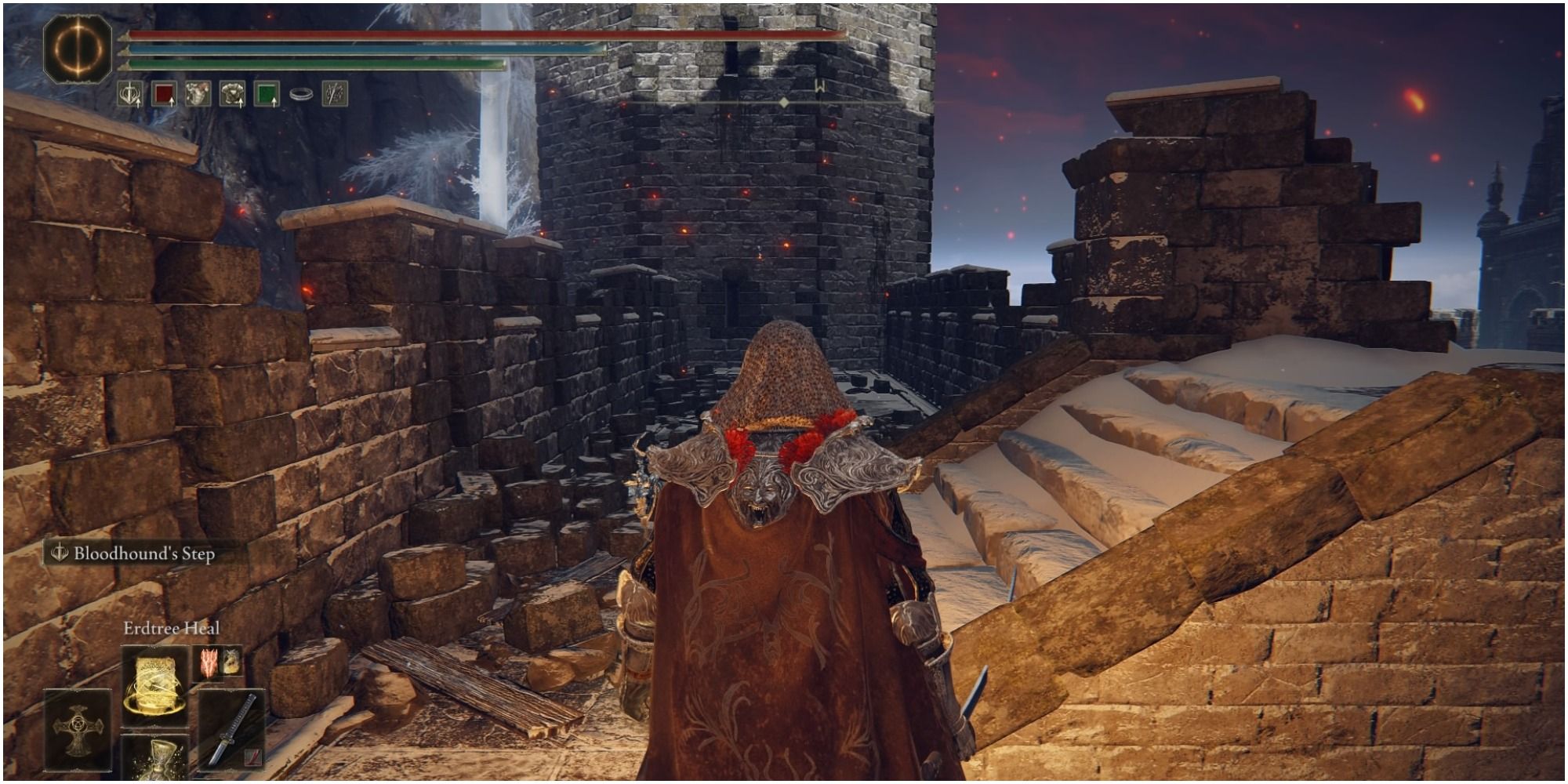 Go down it and kill the Banished Knight wielding two swords. Collect the Cerulean Amber Medallion +1 from the corpse and go back to the area outside the church. Once again, go right towards the ladder, but this time drop down near it, and you can pick the Rune Arc from the corpse. 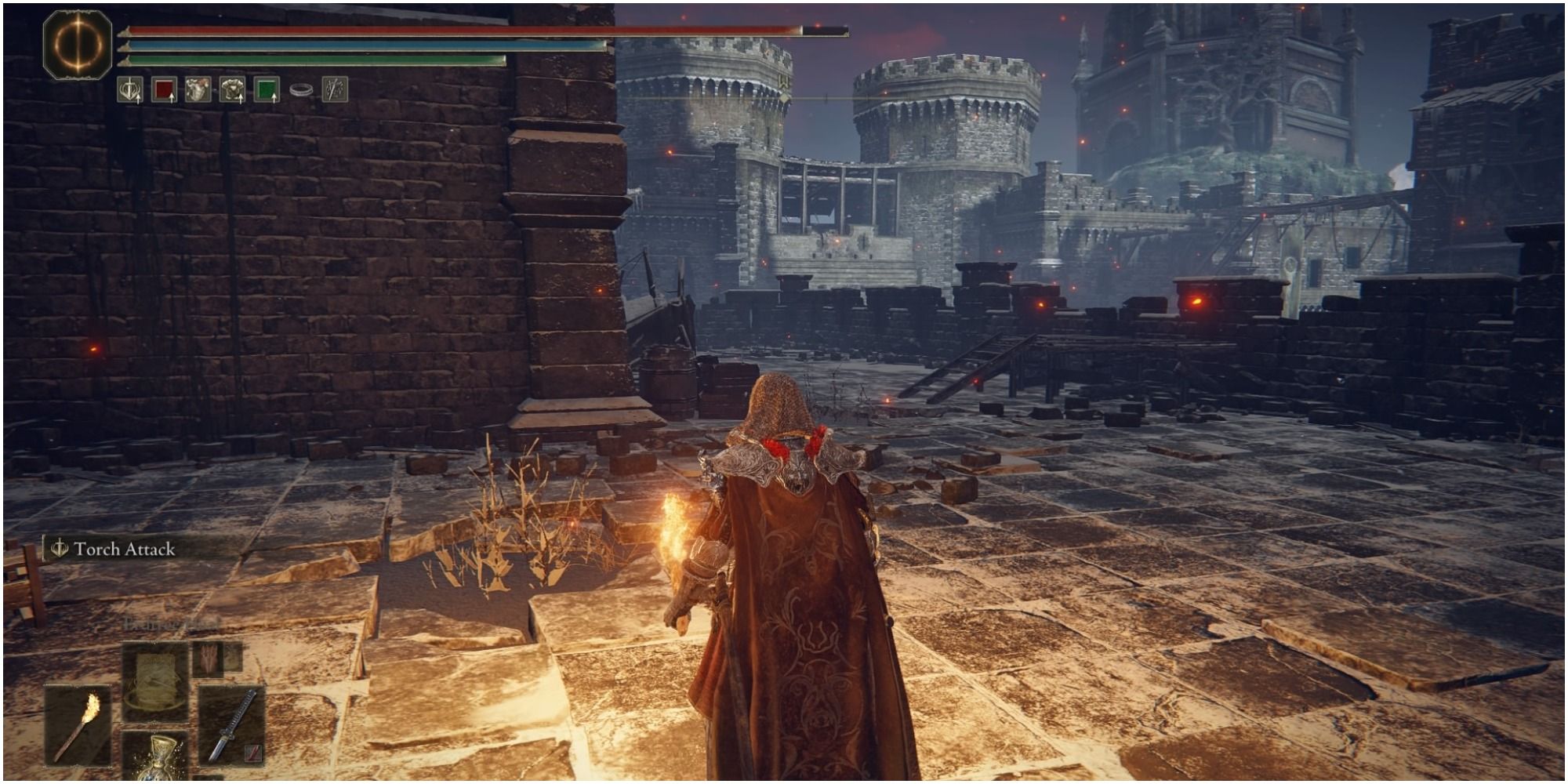 Go ahead and head inside the room on your left. There will be multiple Rats here and three Smithing Stone [7]. There is no need to go up the ladder as there is nothing at the top. Travel back to the area outside the church and go straight. Kill the three enemies hiding below the staircase. Go up the ladder and kill the two hanging screamers before they alert the Spectral soldier. Proceed further up, and you will see the boss gate up ahead and an elevator on your left that takes you down near the entrance. 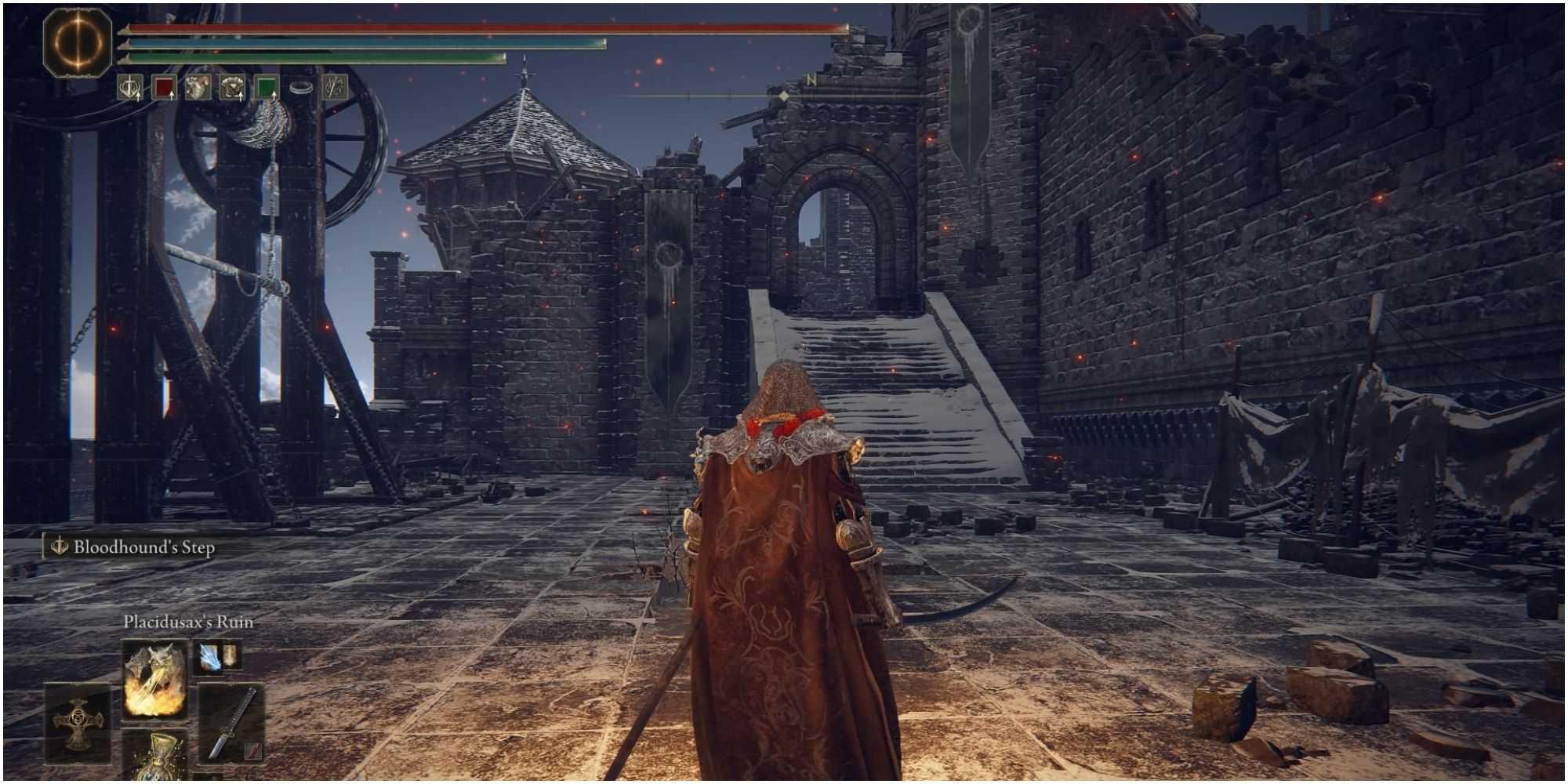 After defeating the boss, proceed straight and go up the lift. Go up the stairs, and you will find Haligtree Secret Medallion (Left). 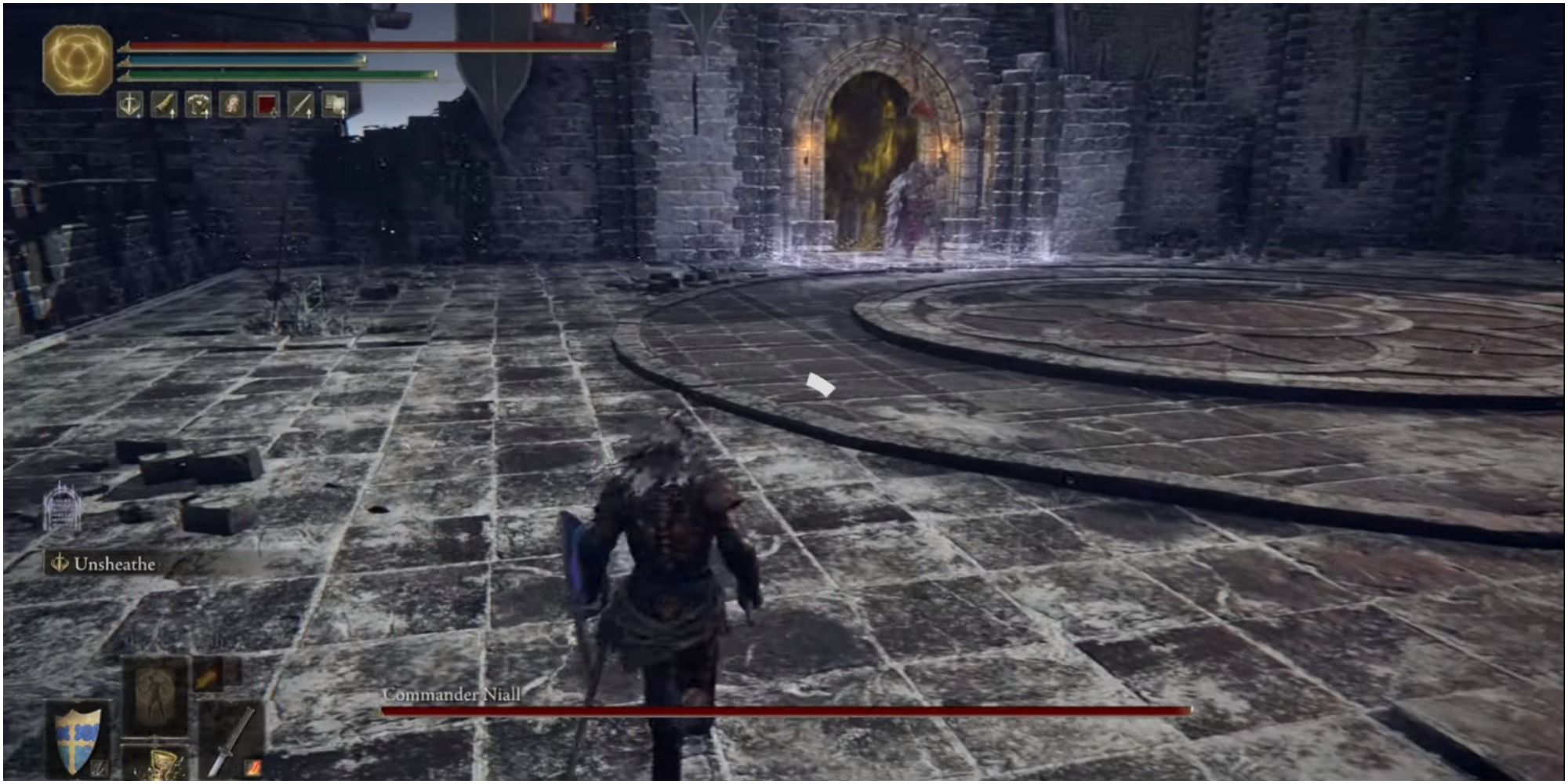 Commander Niall is the boss found at the top of Castle Sol. A fearsome foe who fights with his two Spectral Banished Knights. The two knights alone can make you regret ever coming inside the boss arena. Throughout the first phase of the fight, Niall remains passive while you are fighting the knights. After dealing with them, Niall takes the stage and fights you like a proper foe. He buffs himself from time to time with electricity and performs the Thunder Leg stomp, which is a must to look out for. 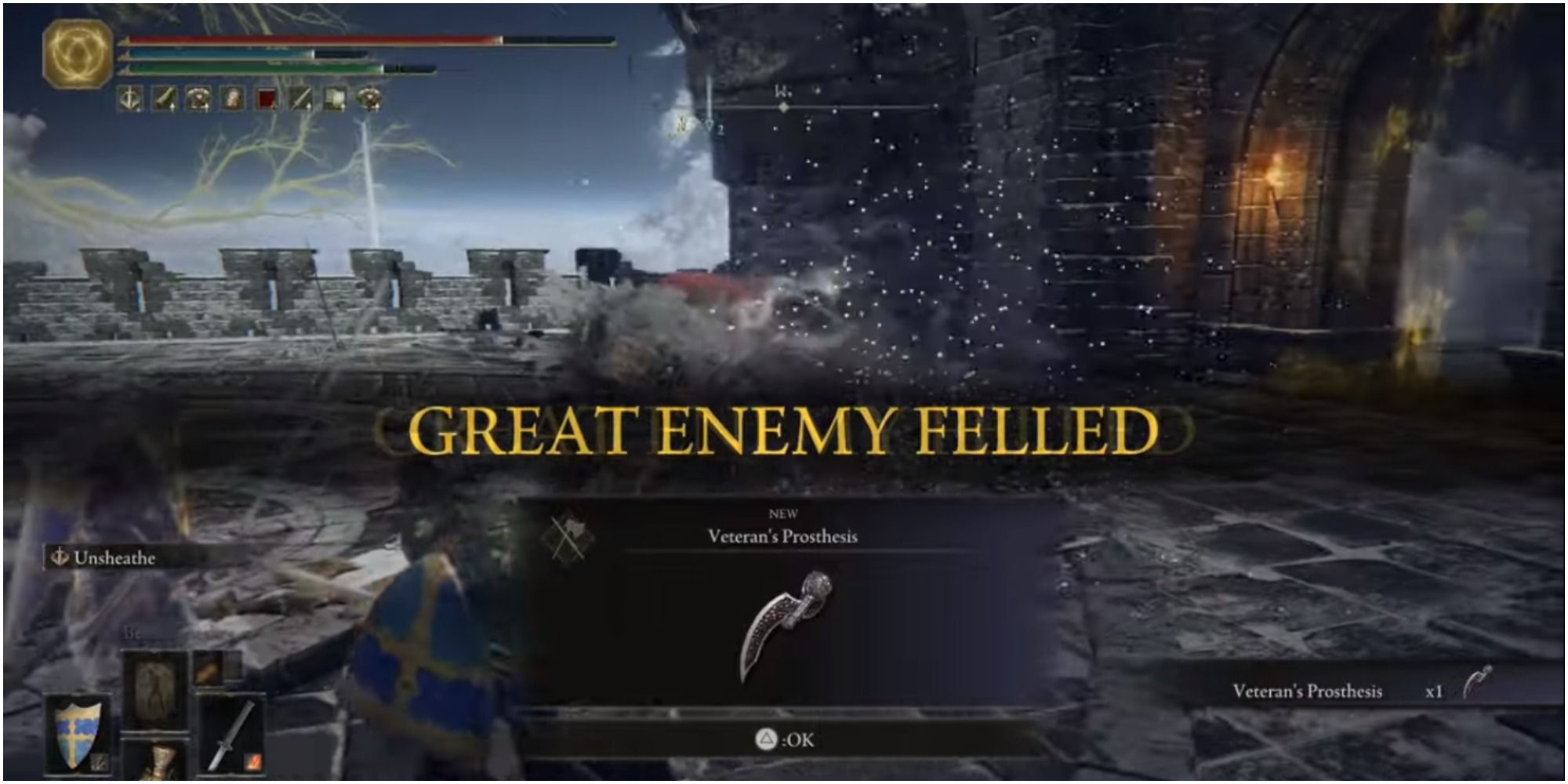 Summoning Spirit Ashes or an online player is a must for this fight, as you will want them to distract the Knights so that both don't focus on you at the same time. The boss is weak against Hemorrhage, so using a good bleed weapon can make his blood buildup and take out a huge chunk of his health bar.