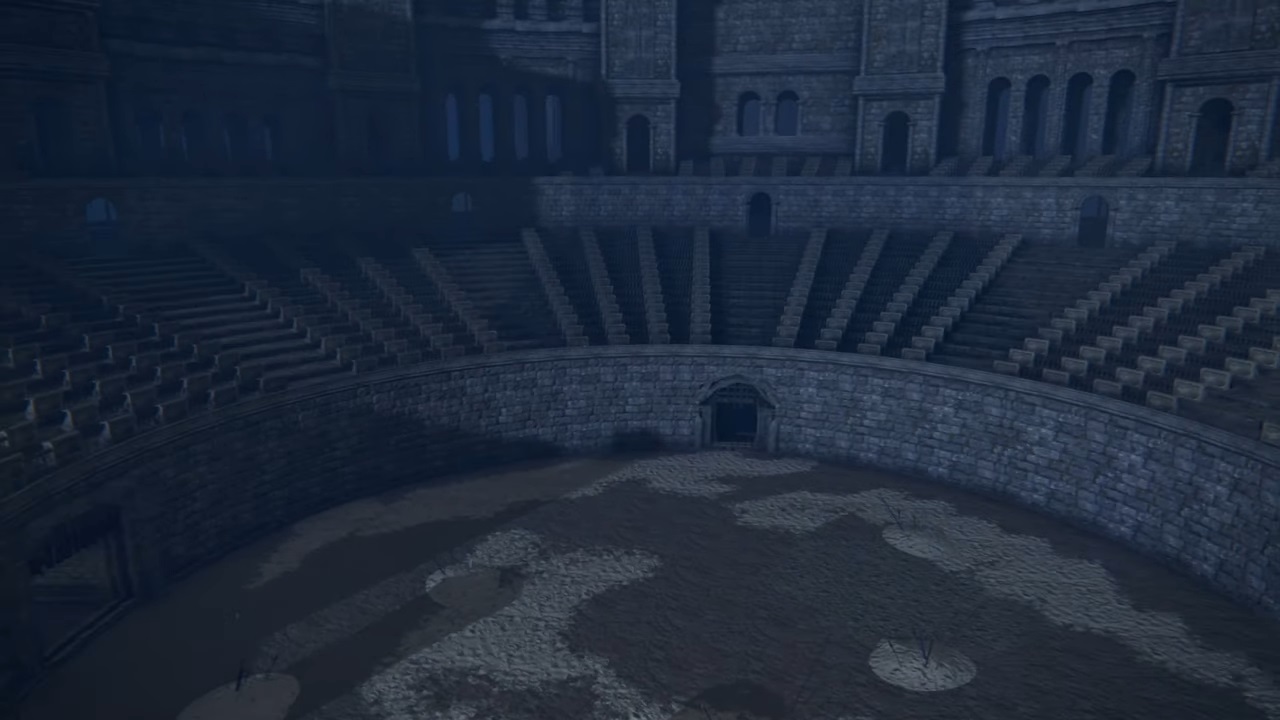 There is an otherwise inaccessible arena in Elden Ring and its presence could suggest that multiplayer DLC is on the way.

There is a lot to discover in Elden Ring, but no matter how long you explore the Lands Between, there are some places you simply cannot reach. At least, not legitimately.

One Lance McDonald recently shared a video of them managing to go out of bounds and reach a part of Elden Ring’s map you’re not meant to. Specifically, an empty colosseum.

Considering what colosseums are usually used for, McDonald theorises that this area will be used for future multiplayer DLC, where players can pit their character builds against one another.

Elden Ring does already feature player vs. player combat, just like previous FromSoftware games. However, you do this by using specific items to either challenge someone to a one-on-one duel or invade another player’s game unannounced.

FromSoftware has precedence for adding dedicated multiplayer arenas to its games through DLC, such as with Dark Souls 3’s Hollow Arena and it would certainly be surprising if Elden Ring didn’t have DLC of some sort.

There’s also at least one area in the game that implies it’s for PvP combat but doesn’t actually do anything yet. We came across one in the north of Limgrave during the review process but assumed it wasn’t working purely because it was pre-launch, but apparently it still isn’t active.

Nevertheless, at the time of writing, neither FromSoftware nor publisher Bandai Namco have formally announced any DLC plans for Elden Ring so there’s no way to know if this might be part of a free update or a paid-for expansion.

Elden Ring is the fastest selling game FromSoftware has ever made and had the biggest UK launch in four years, outperforming the likes of Cyberpunk 2077 and Horizon Forbidden West.

So if DLC wasn’t guaranteed beforehand it almost certainly is now, which will be good news for fans as previous paid-for expansions for the likes of Dark Souls and Bloodborne have been just as praised as the main games.