Gaol Cave is one of the smaller dungeons in Elden Ring. It's located within Caelid and can be easily missed. As the name suggests, Gaol Cave has a lot of jail cells. They are all locked up and full of goodies. You will have to figure out how to unlock the cells. Finding the boss isn't an easy feat, either. This guide will detail all the loot you can get in this cave and how to reach the end boss.

To find Gaol Cave, you have to head south from Rotview Balcony or northwest from Caelid Highway South. Gaol Cave is at the back end of a Scarlet Rot swamp behind the Caelid Waypoint Ruins. The cave is locked behind an Imp Statue fog wall. 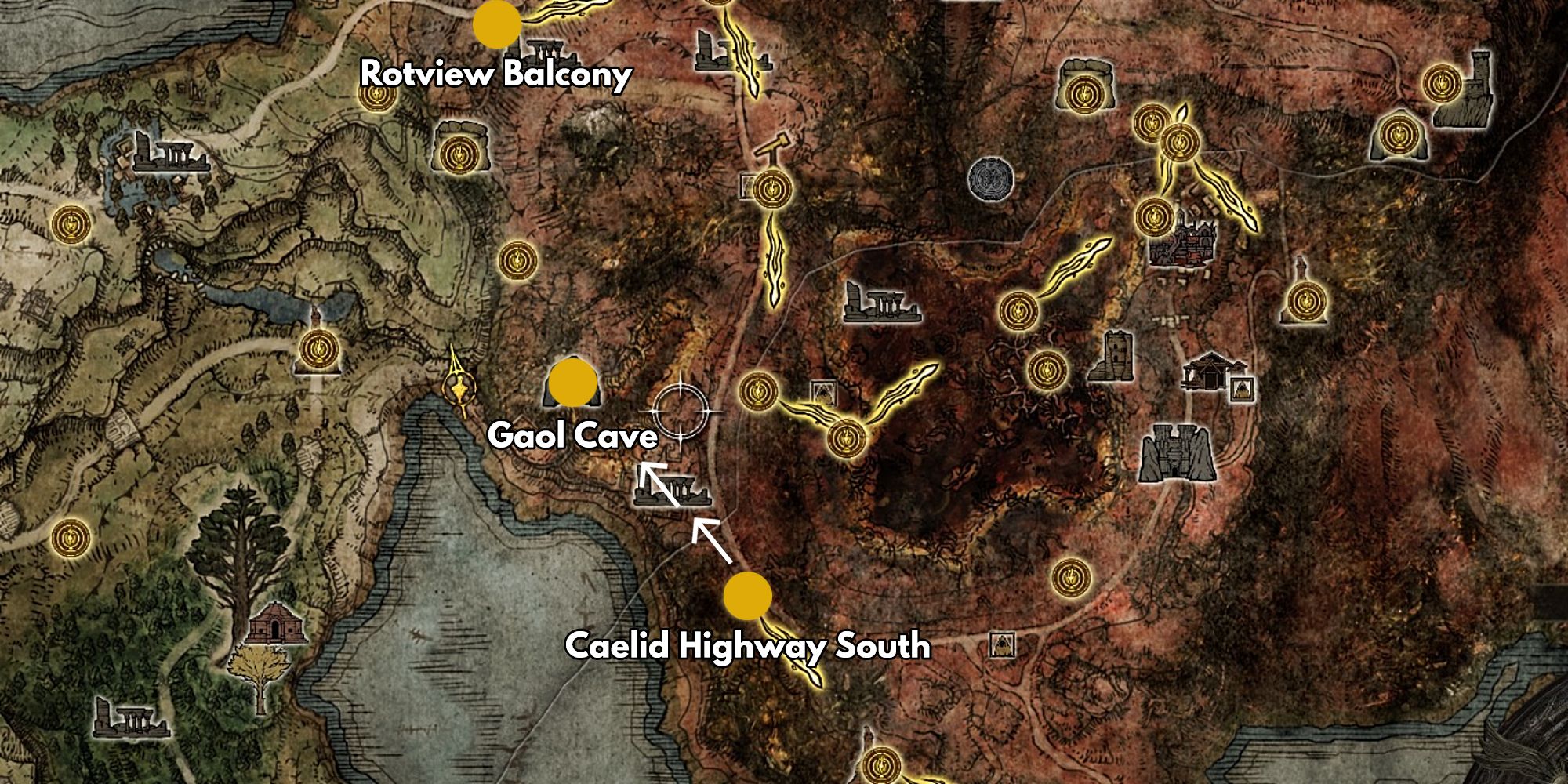 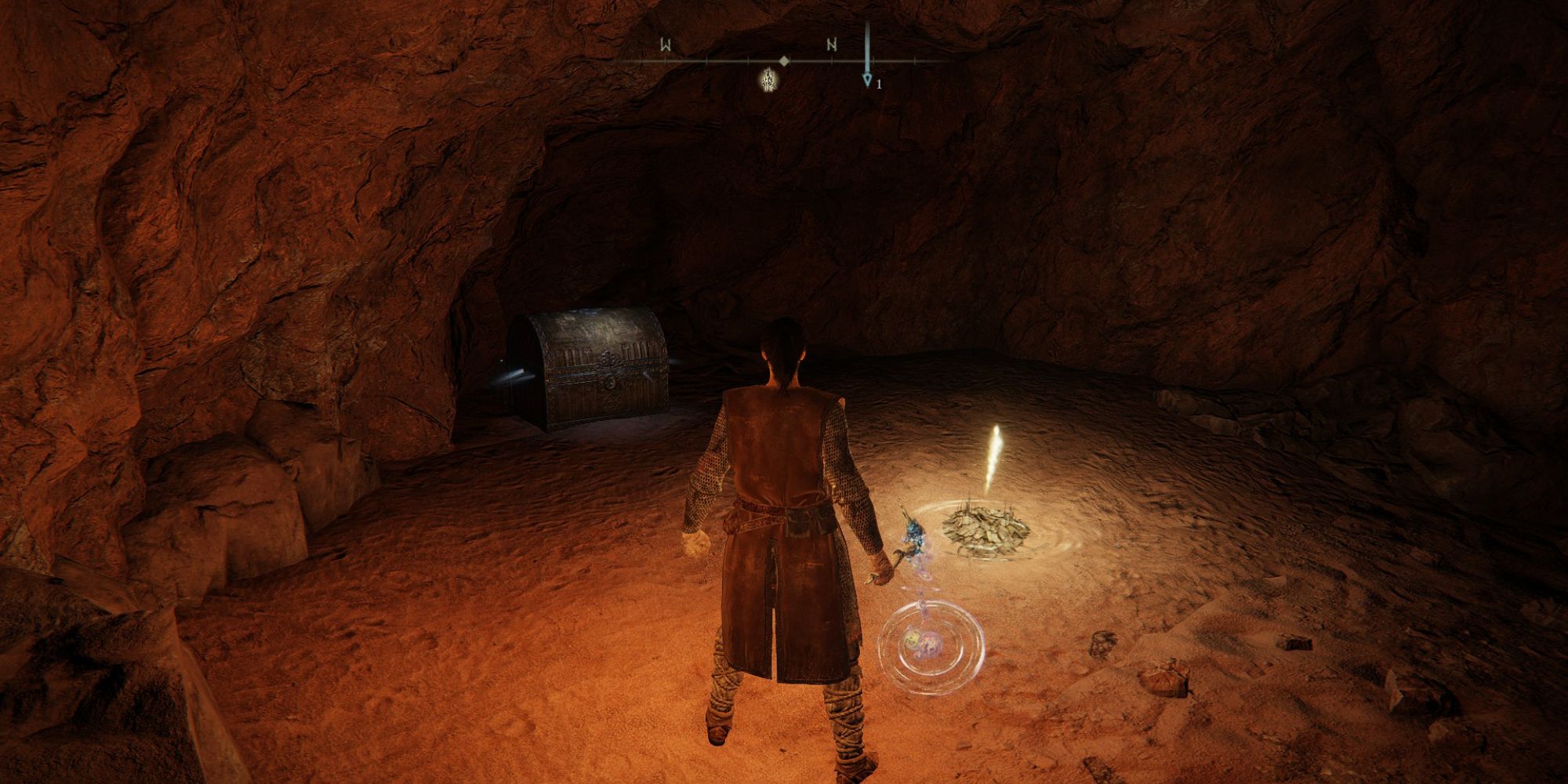 Right off the bat, there will be a treasure chest inside the cave by the Site of Grace. This isn't a trap chest. It contains a Rune Arc. 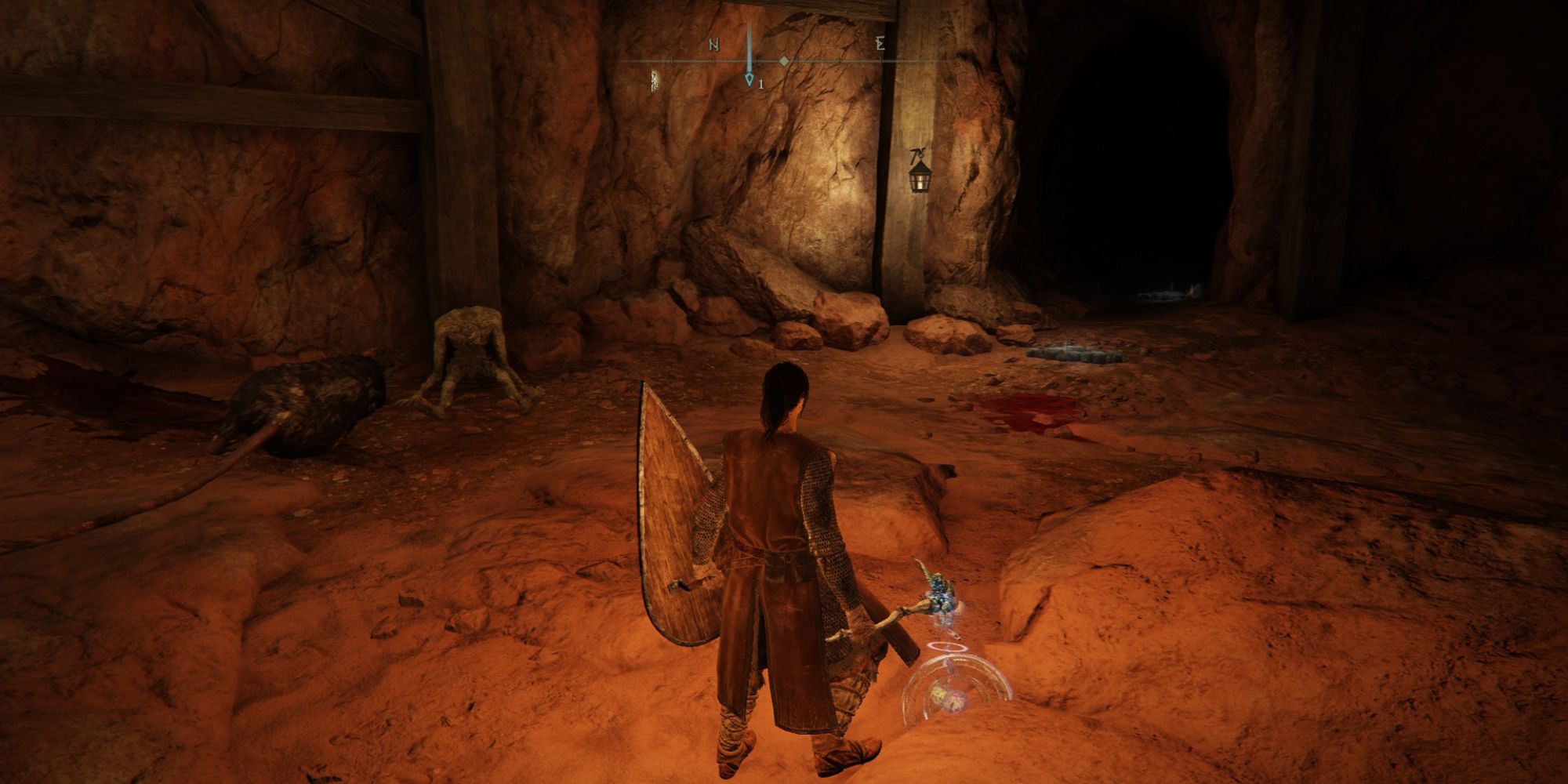 You'll then enter a room with one rat and a Golden Rune (2). There's nothing else to do here but continue forward. 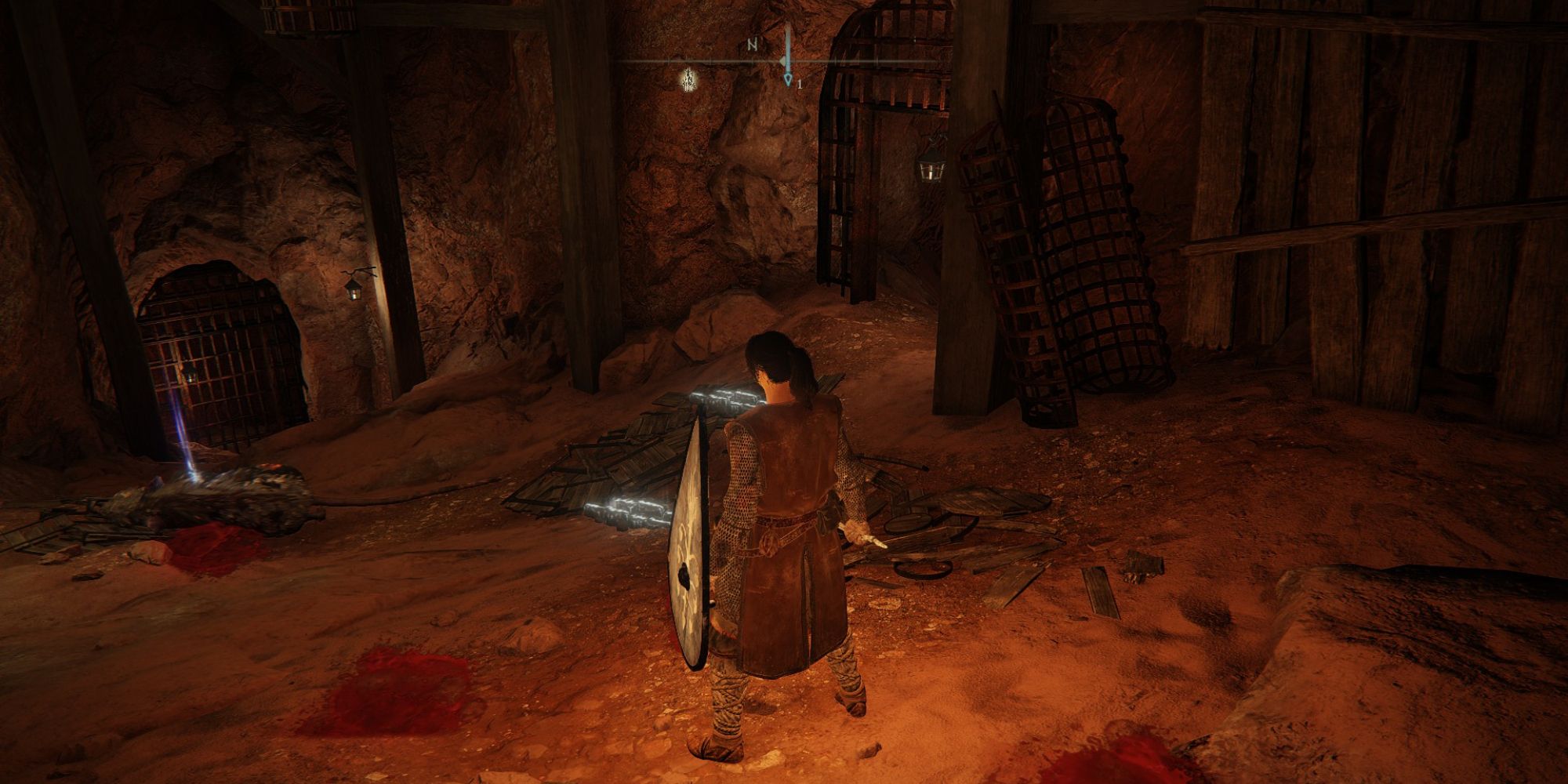 This next room will have a rat that has a chance of dropping a Rune Arc upon defeat. The gaol door across from you can be opened later as a shortcut but, for now, you'll have to head right. 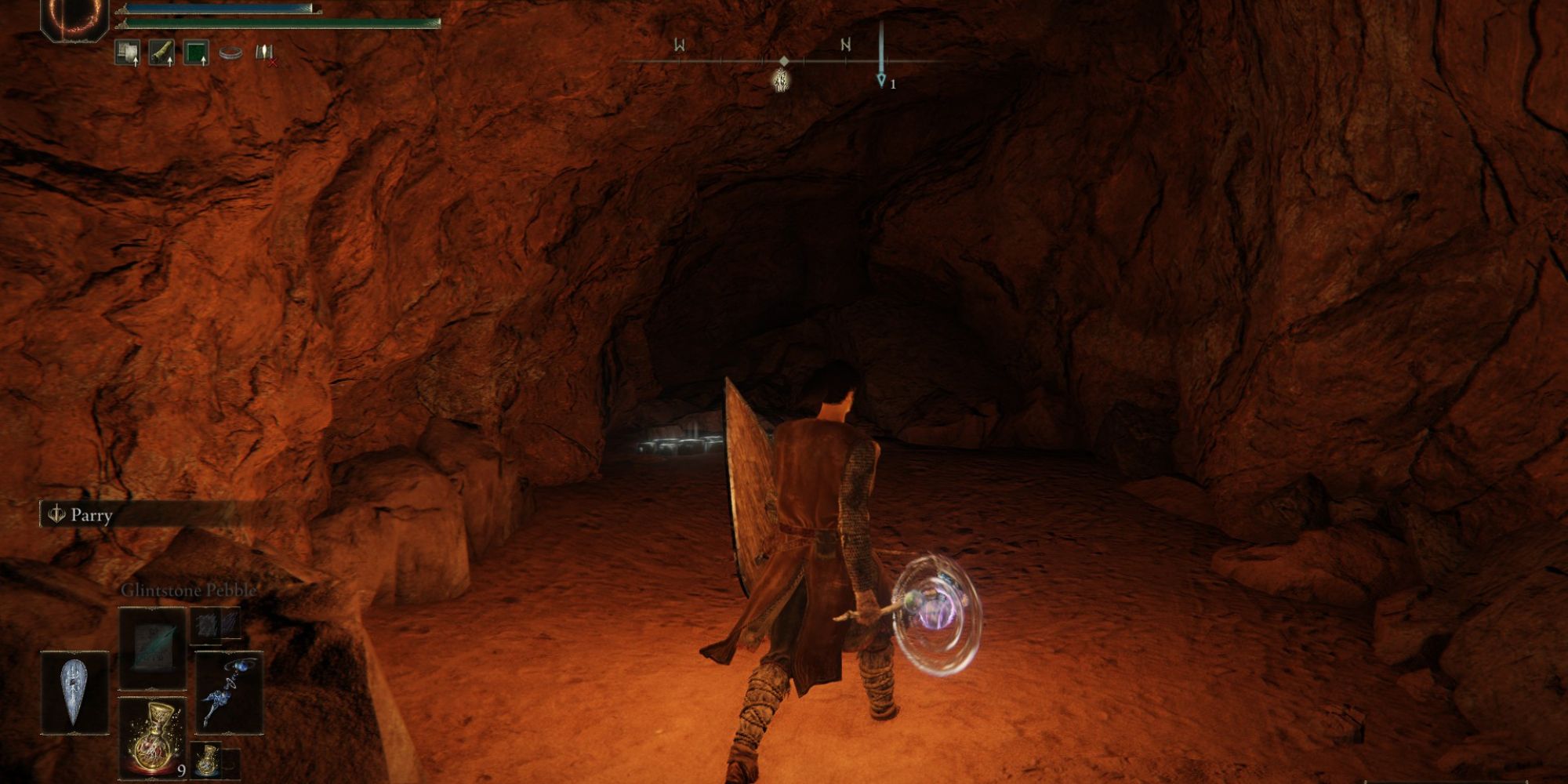 The end of this tunnel will have a trap floor that will collapse under you. 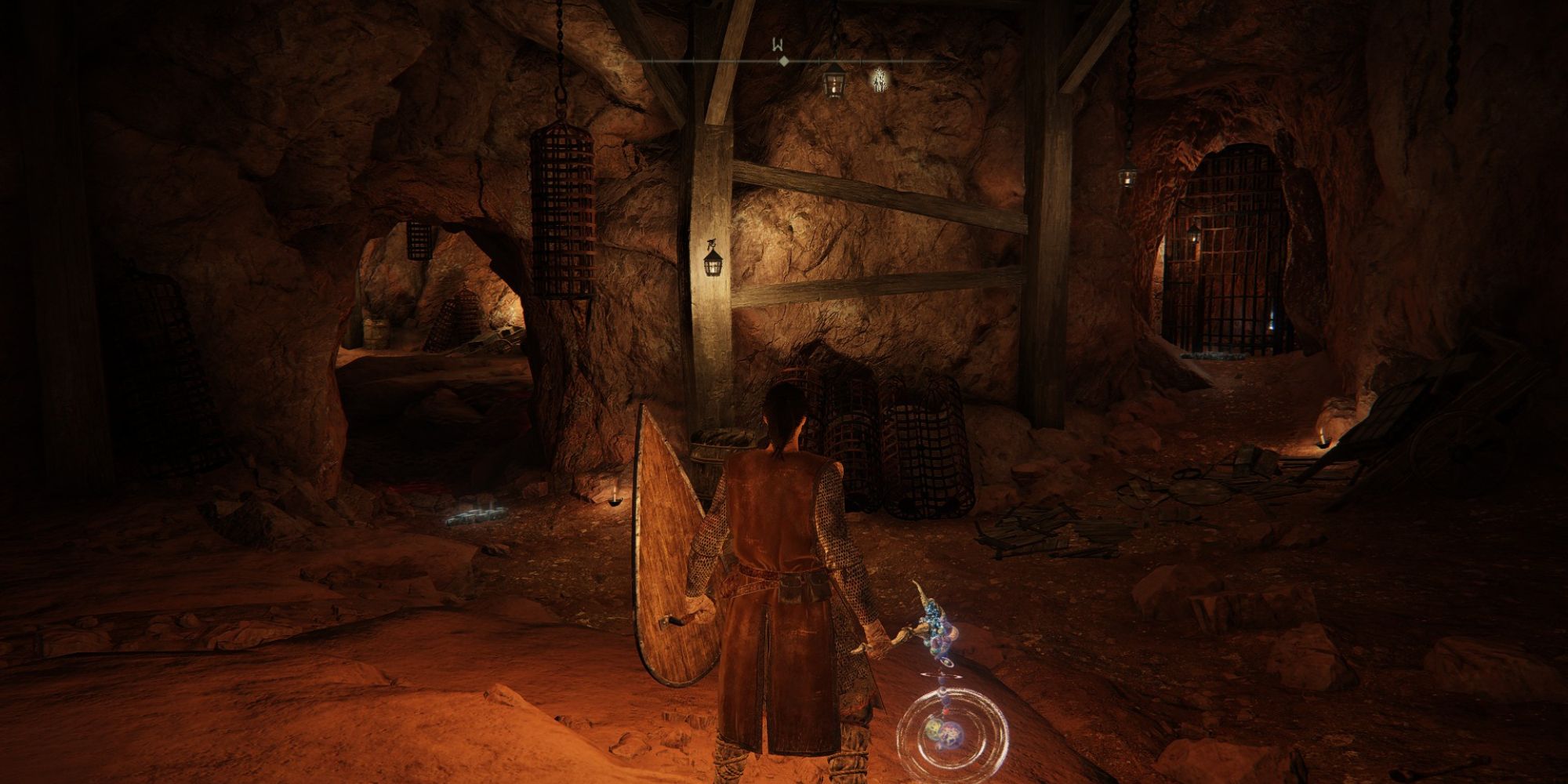 You may see bloodstains here and hear terrifying noises, but as you may have noticed, this cave is harmless. For now, anyway. All enemies are locked behind the gaol cells. You'll notice some items in the cells as well. You'll be able to get them later. You can take out some of the enemies now by whacking the cell doors. 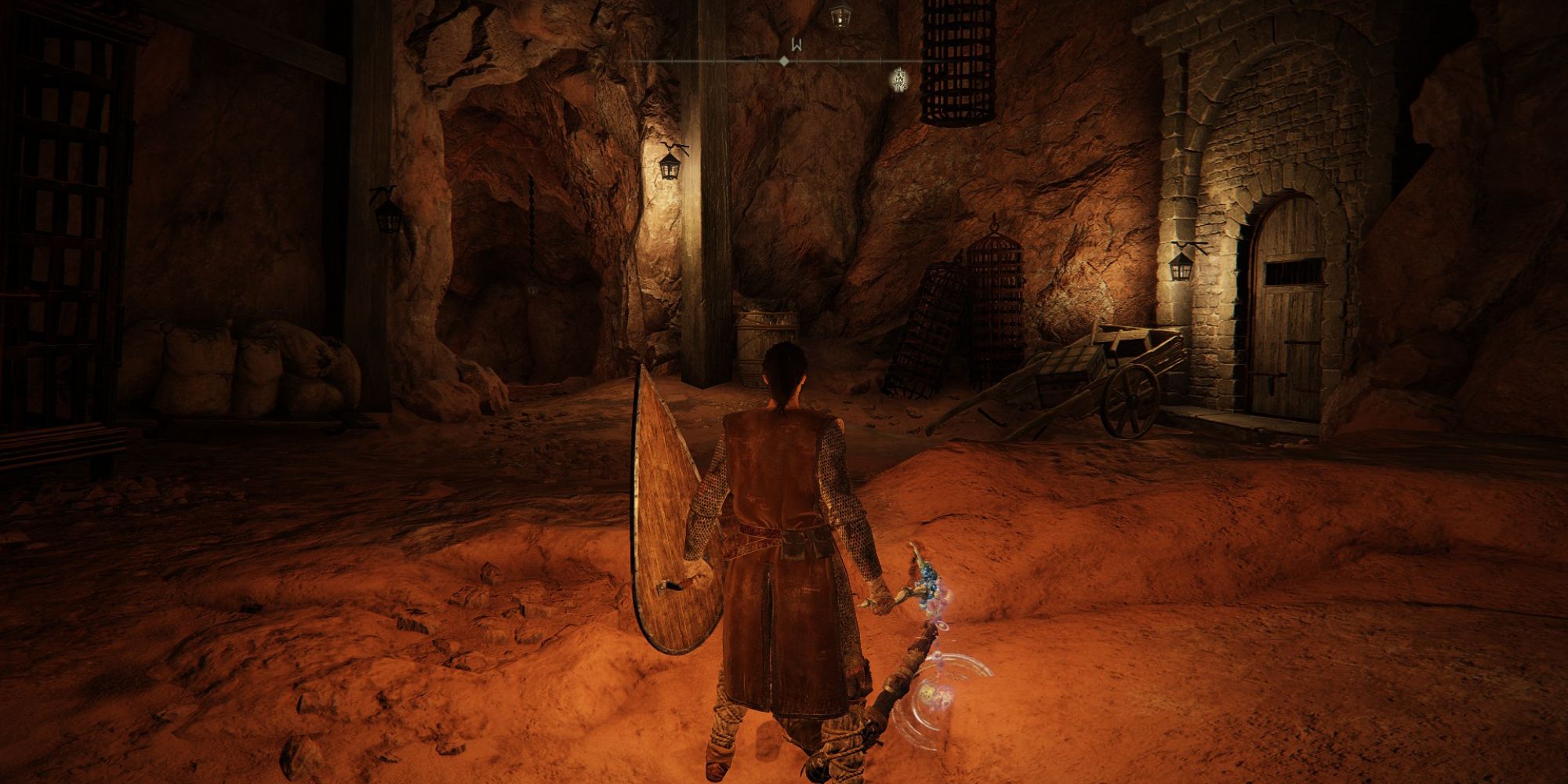 Note the door to the right in this next room. It can be opened as a shortcut later. Continue forward and jump down the ledge. Vulgar Militiamen will immediately attack from your left and right. Again, because all the cells are locked, there is only one way you're able to go. Continue left. 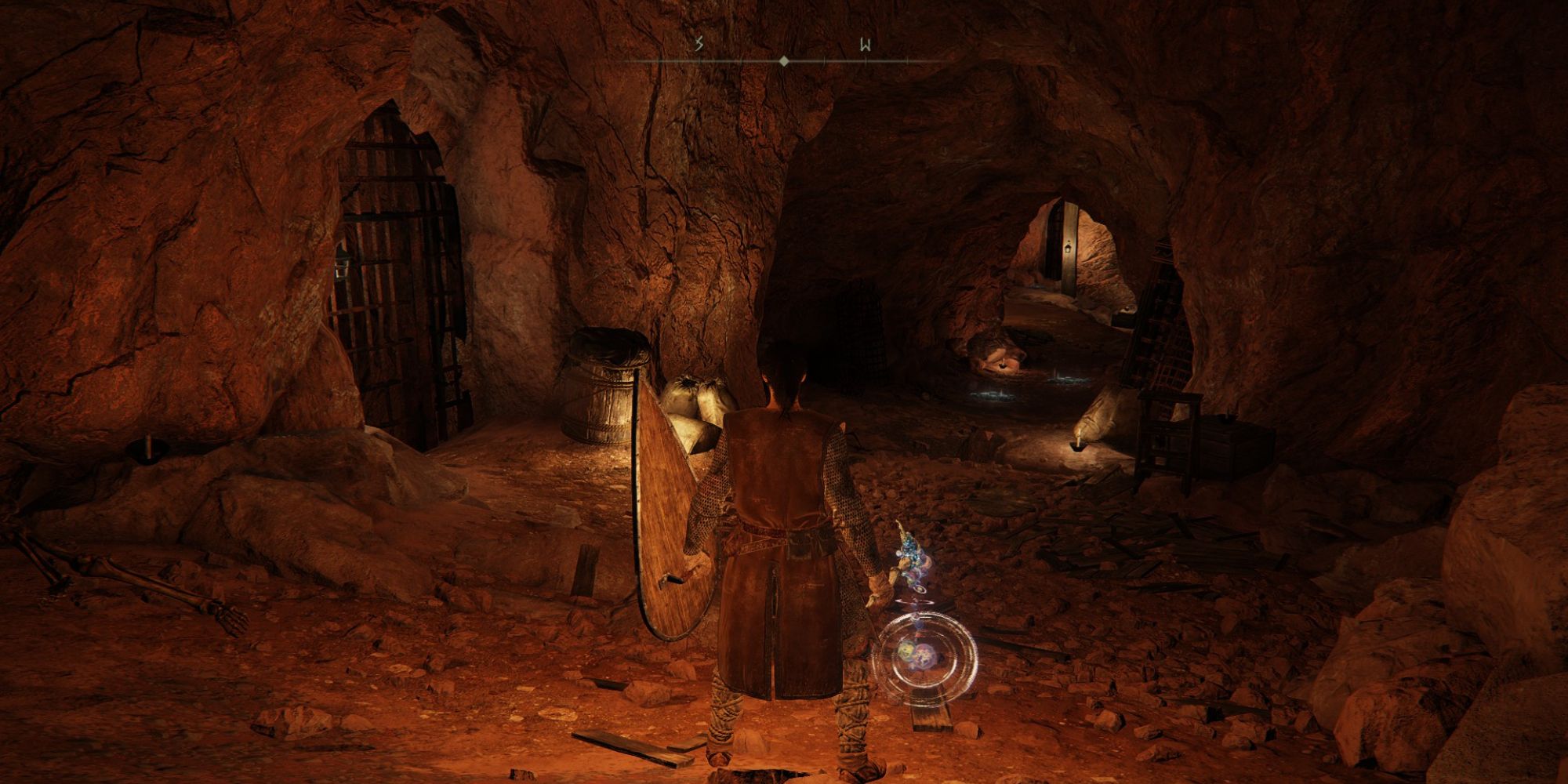 You'll have to walk down a long and empty tunnel. Note that the second cell on your left-hand side will have three items inside it. Two of those items are the Wakizashi katana and a Stonesword Key. You'll be able to collect them later. 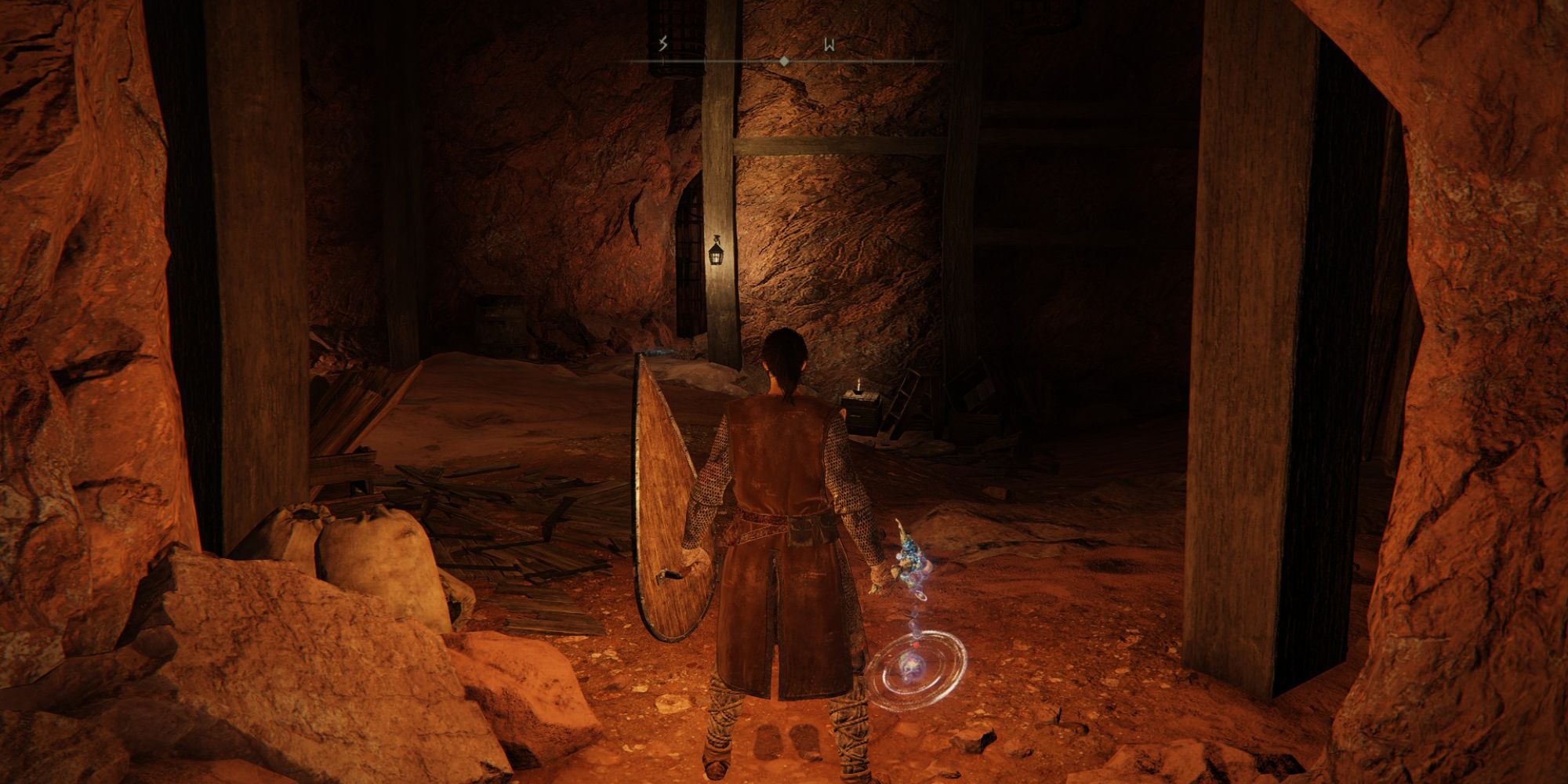 At the end of the tunnel, to your left will be two Militiamen guarding a fenced-off area. You must head right. 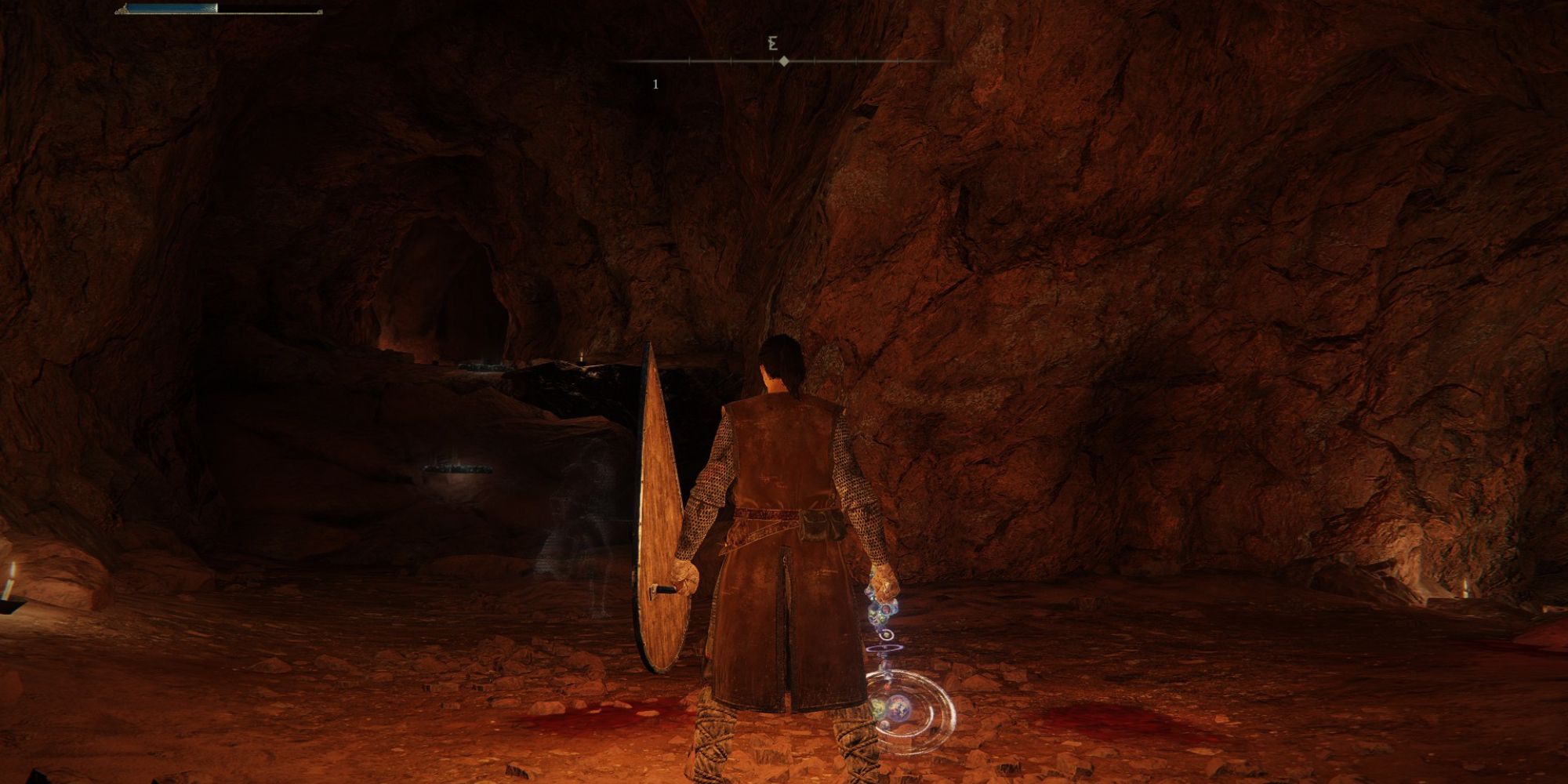 At the end of the tunnel, there will be a giant mother rat with her babies guarding a Golden Rune (4) and Turtle Neck Meat to your left. To the right is a ramp upward, leading to a shortcut and lever. Just above the ramp are poisonous traps. 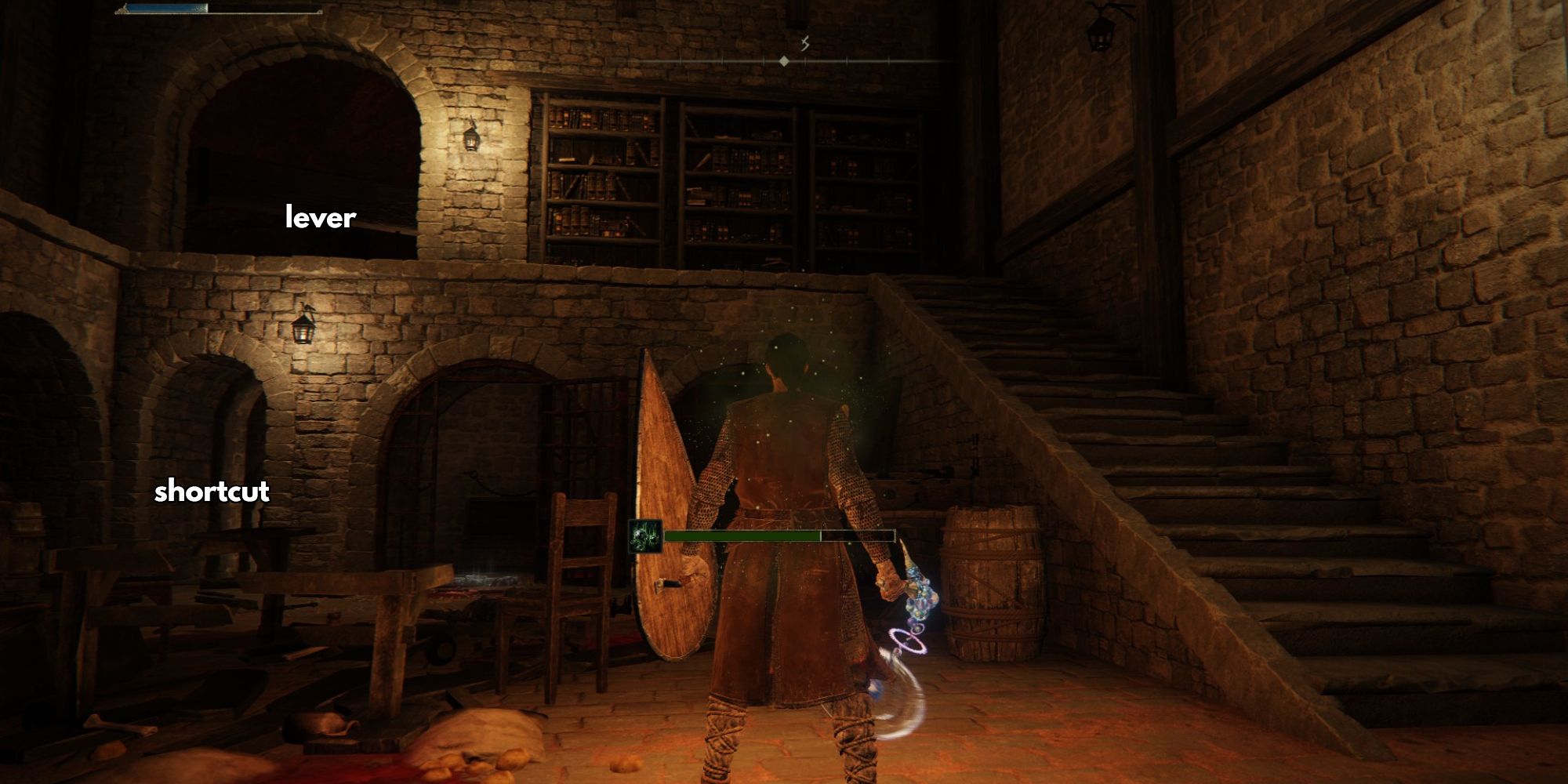 Two Militiamen will be in this next room with their backs turned, giving you a chance to sneak by. The treasure chest across the room contains a Somber Smithing Stone (5). The door to the left of the chest can be opened to create a shortcut back around. Up the stairs, you'll find a lever. 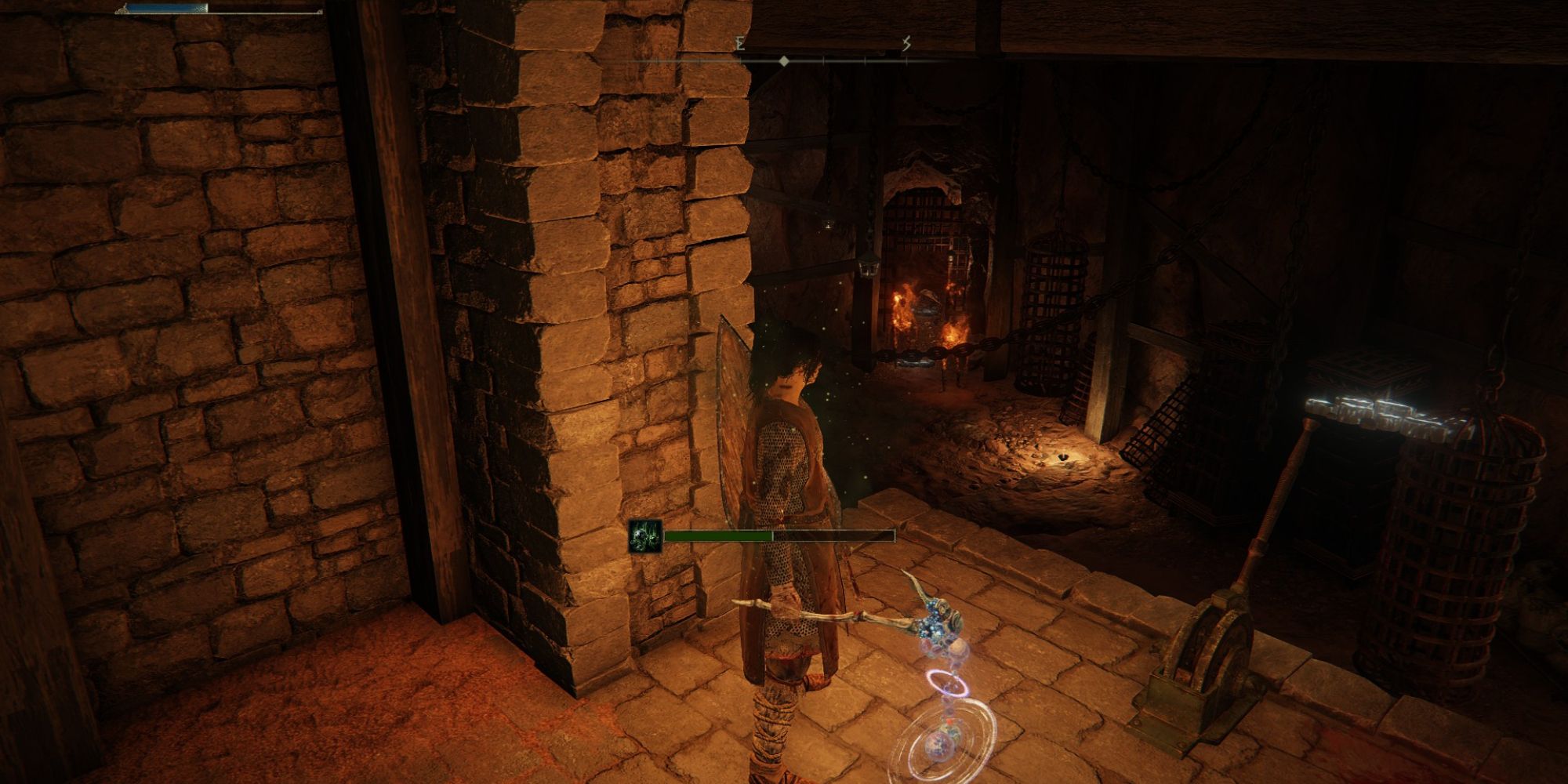 This lever will open every single gaol cell in the dungeon, releasing inflamed corpses to wander. These guys are pretty slow and easy to take down. Be wary of ones that start to expand in size, as they will explode once big enough.

Now that you've unlocked all the cells, you can backtrack through the entire cave for the sake of looting the cells. From the shortcut here, the gaol cell on the right-hand wall will take you back to the beginning of the cave. 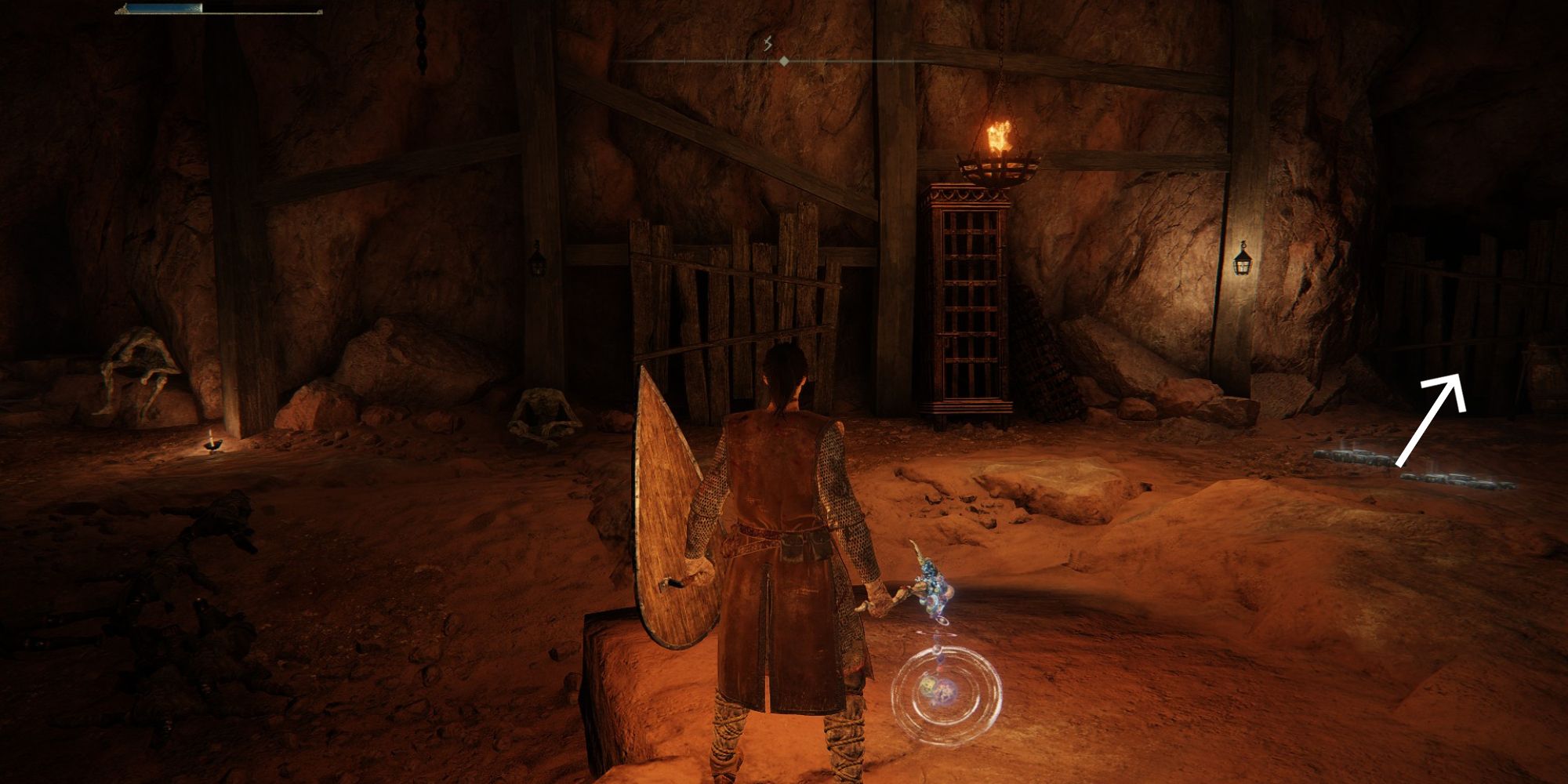 To find the boss in this dungeon, return to where the two Militiamen were guarding a fenced-off area. This area will now be opened. You'll find a Golden Rune (4) in here and Rainbow Stones. In the right-hand corner of this room, there will be wooden planks that you can roll through or attack to break. There will be an immediate drop. Carefully dropping down from each ledge will land you straight into the boss arena, so be prepared. 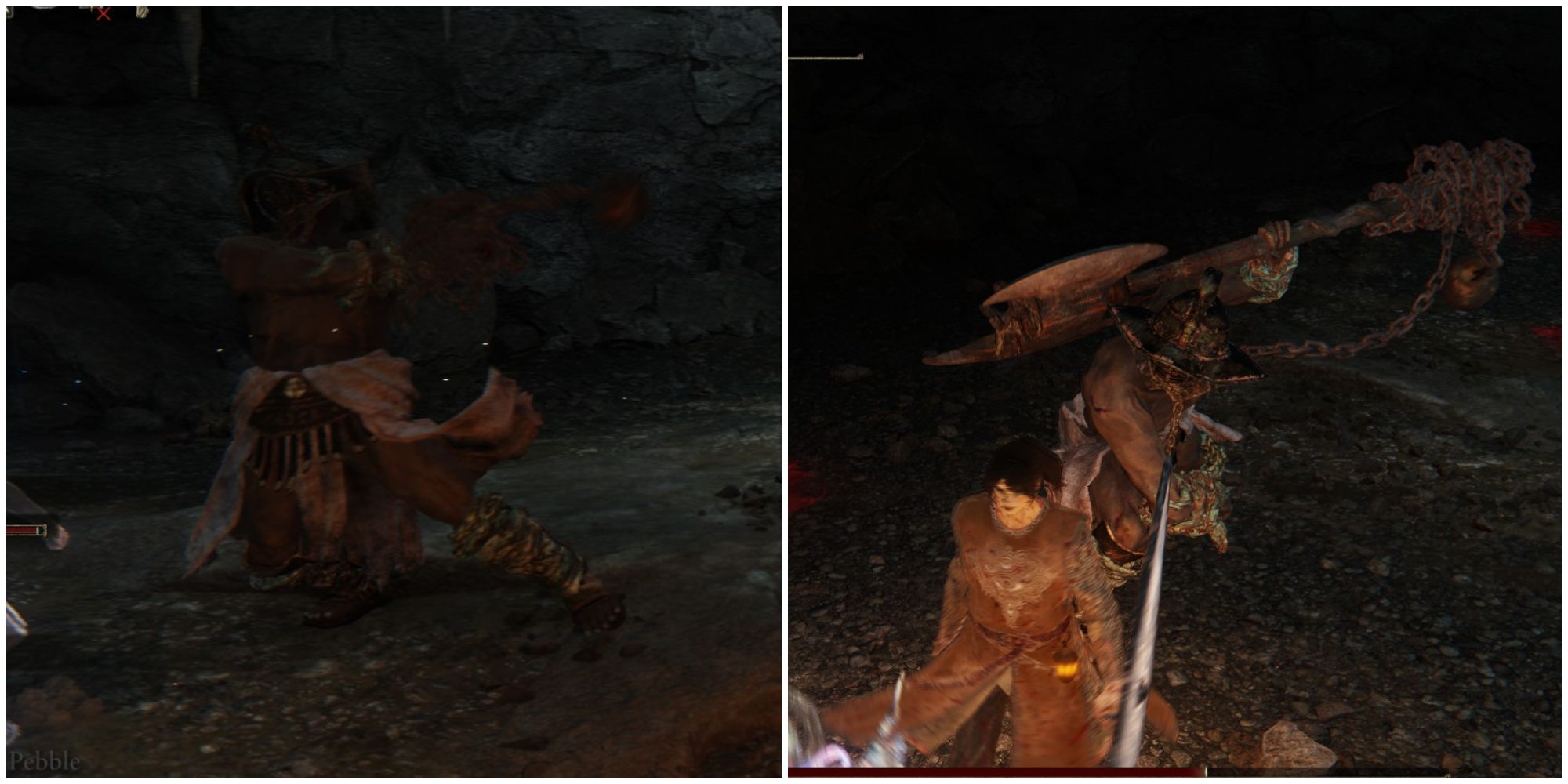 The Frenzied Duelist is similar to the Grave Warden Duelist. Much like his counterpart, the Frenzied Duelist will have plenty of strong, heavy swings as well as a grab attack where he lifts you into the air and slams you down. After you deal enough damage, he will also boost his attack by shouting in the air. You'll see a red aura around him after he does this.

As a melee user, it will be easy to dodge his swings left and right while staying super close to him. He won't start doing any special attacks since you're so close and instead will repeat the left and right swings. With enough damage, he should go down easy here. If you're not doing enough damage, it's always best to try using Status Effects like Rot Breath or Bleed. With Status Effects, you can take time to breathe and replenish your health while the boss's health bar continues to deteriorate.

As a mage or magic-user, it will be easy to make distance. The Frenzied Duelist is relatively slow, so when you run away to gain space, he won't instantly lunge at you or sprint toward you with great speed. You'll have enough time to cast your strongest spell. Then you will have to go back to dodging and recovering until you can make that space again. Staying midrange instead of going super far away from him is safer so that he doesn't start swinging his ax from its chain, which carries a great distance.

When trying to make space, watch out for attacks where he drills his ax into the ground, as this makes him faster and gives him more range. He will follow this up with a large slam of his ax, so dodge to the side instead of backward. As always, if you're solely using magic and having a hard time, it's best to use a summon to distract the boss, if only for a little while.