Gelmir Hero's Grave is one of the shorter Hero's Graves in Elden Ring. Though it is relatively short, its terrain is unforgiving. That comes with the territory when you live inside a volcano, and you can bet that there is plenty of tough challenges (and magma) awaiting inside this dungeon.

What some players may not know is that shortcuts can be made no matter how hard the dungeon is. If you just want to get to the boss and complete the dungeon, look no further. If you want to collect every piece of loot Gelmir Hero's Grave has to offer, we got you covered there as well. 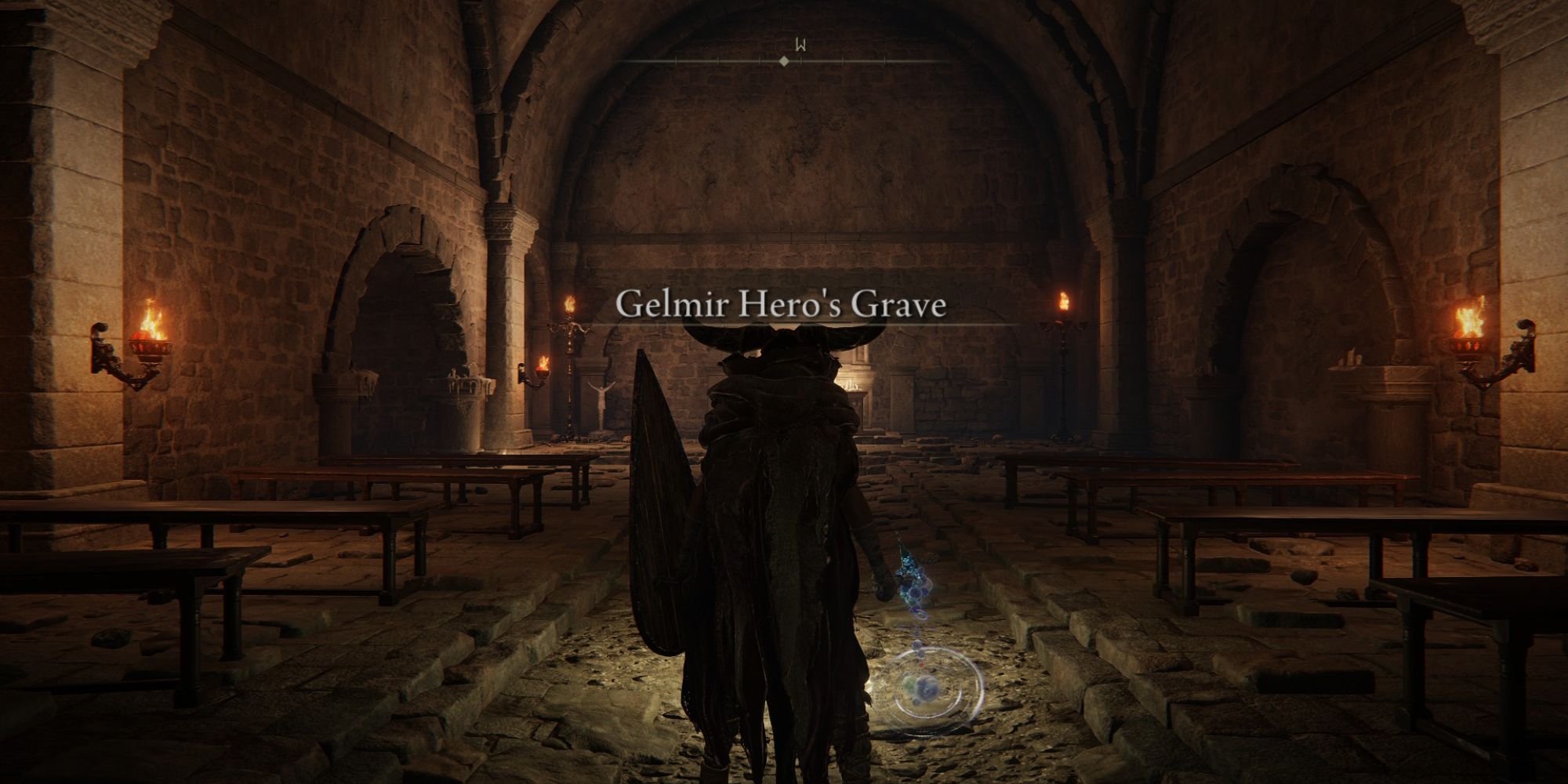 The Easiest Way To The Boss 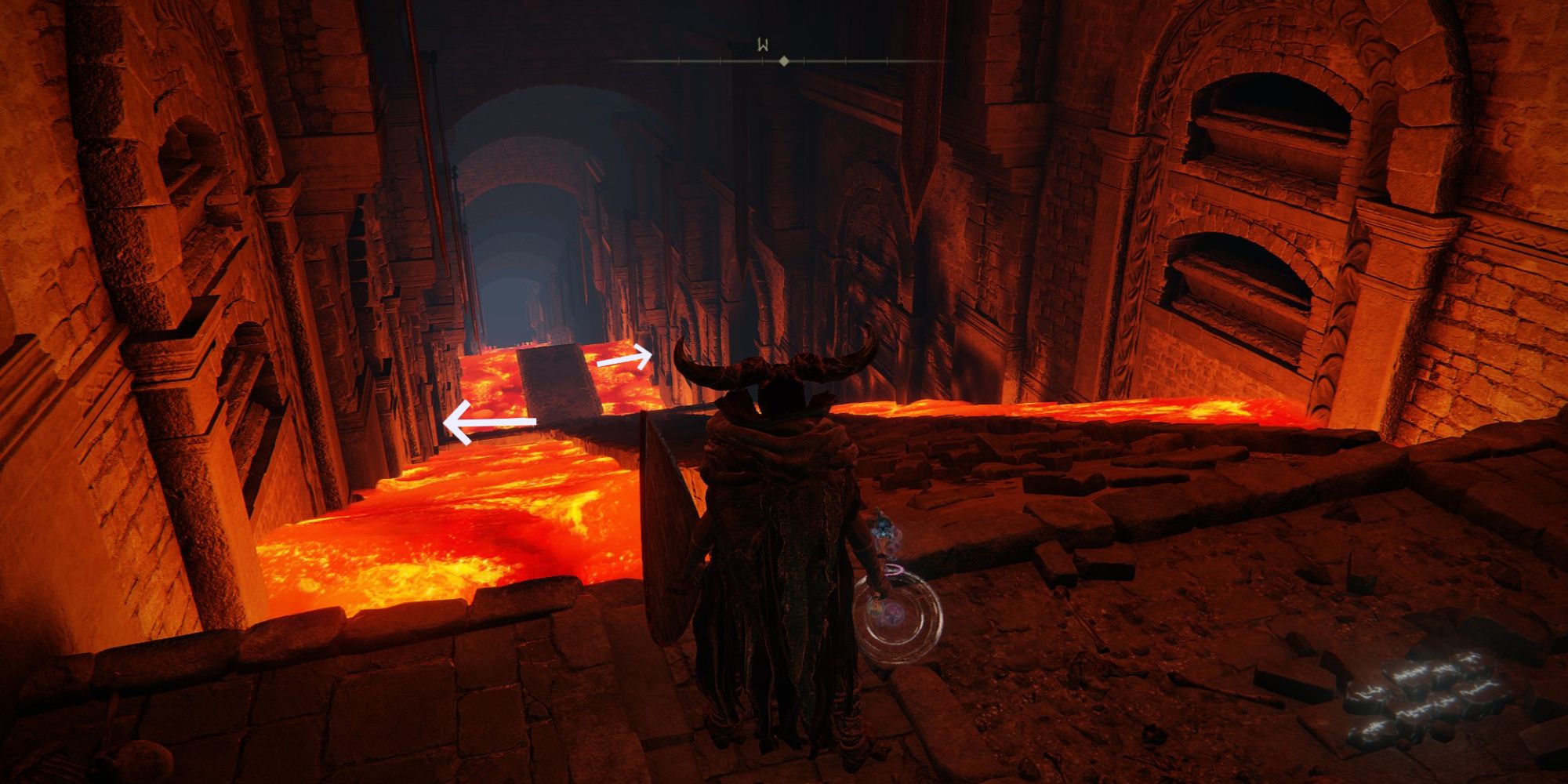 As soon as you get a visual of the steep ramp and lava, the evil chariot spawns far down the ramp. Two skeletons with swords will jump out of the alcoves to the right and left. You can jump or dodge roll past them and hide in the right alcove. You don't want to try to dual these skeletons in crushing-distance of the chariot. Instead, use a shield to ward them off until you have a free moment away from the chariot.

Each time you get to a new alcove, the chariot will change its course and make its pathing shorter. It may be best to sit in the safe spot and study the chariot's movements before continuing on. 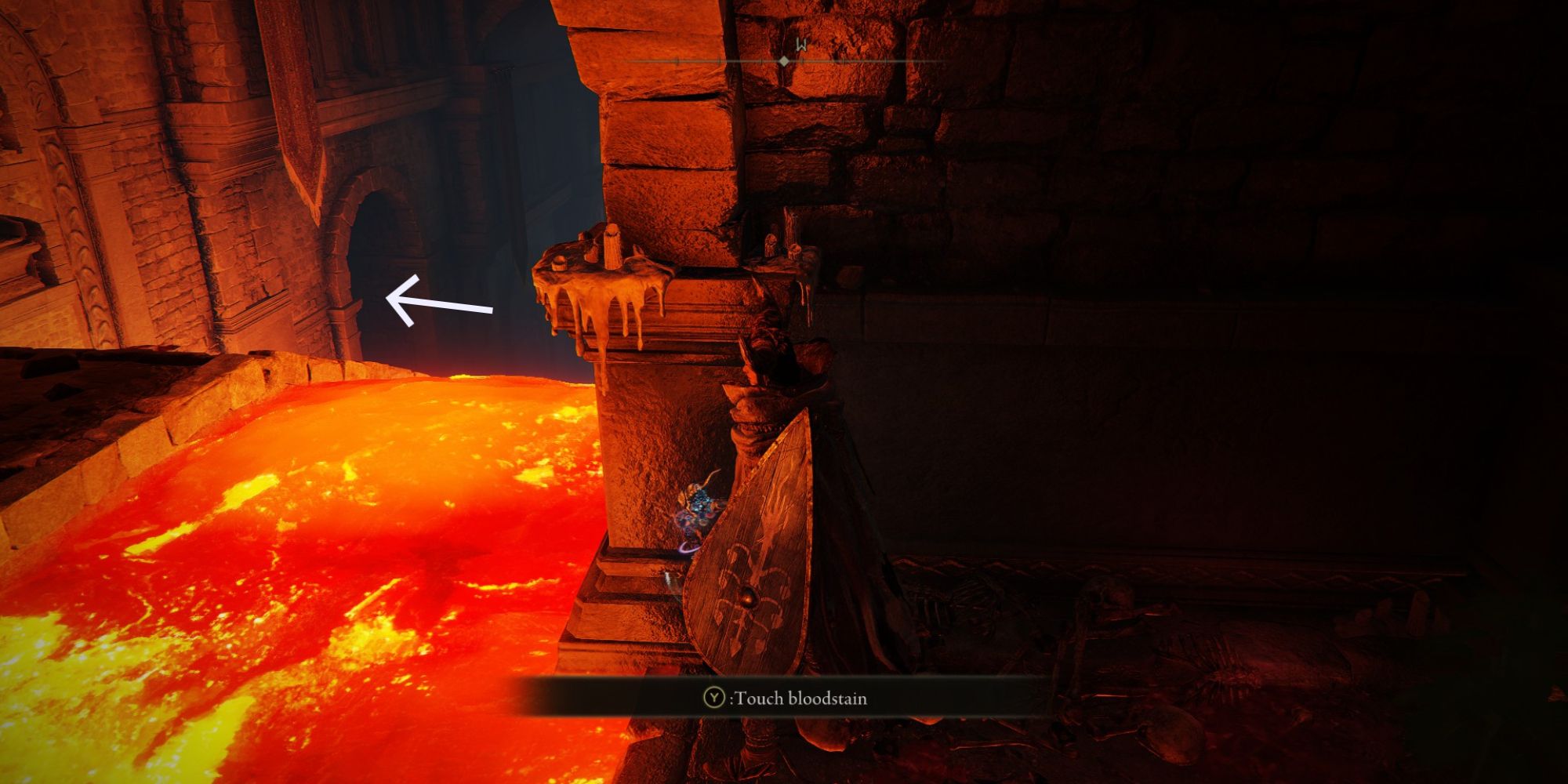 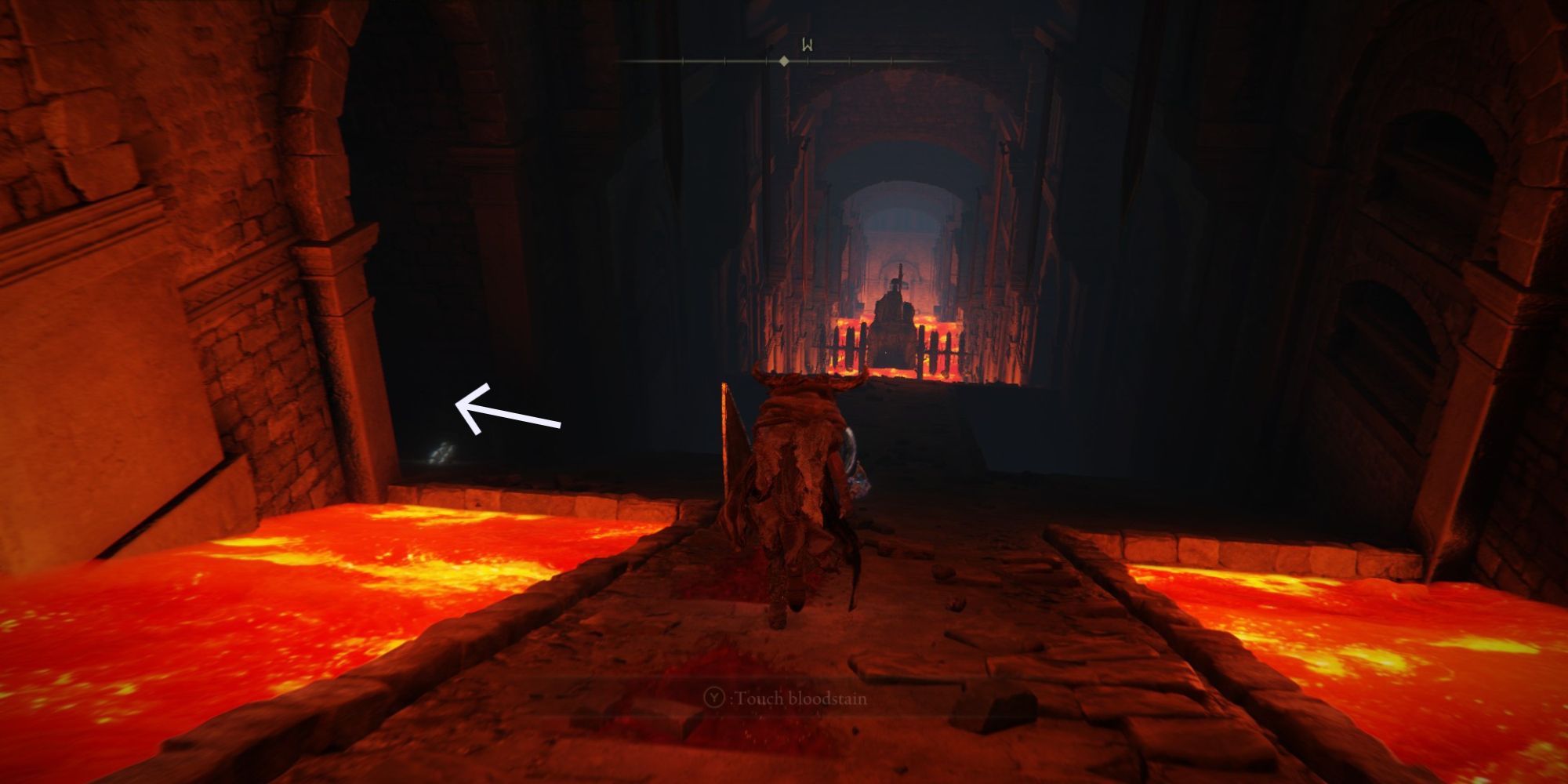 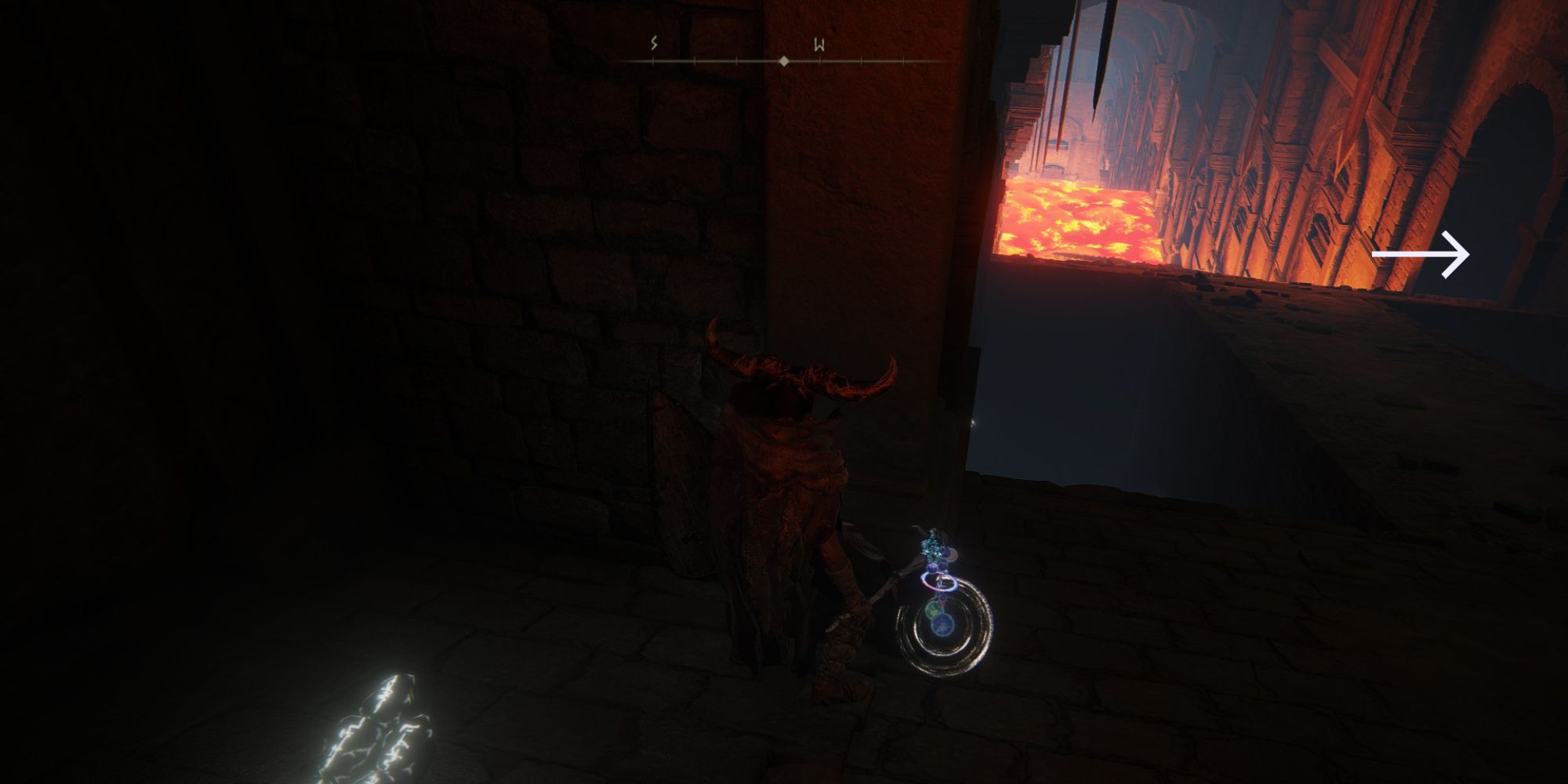 It's pretty straight forward from here. Zigzag across the ramp into each alcove, making a run for it when you get a chance. 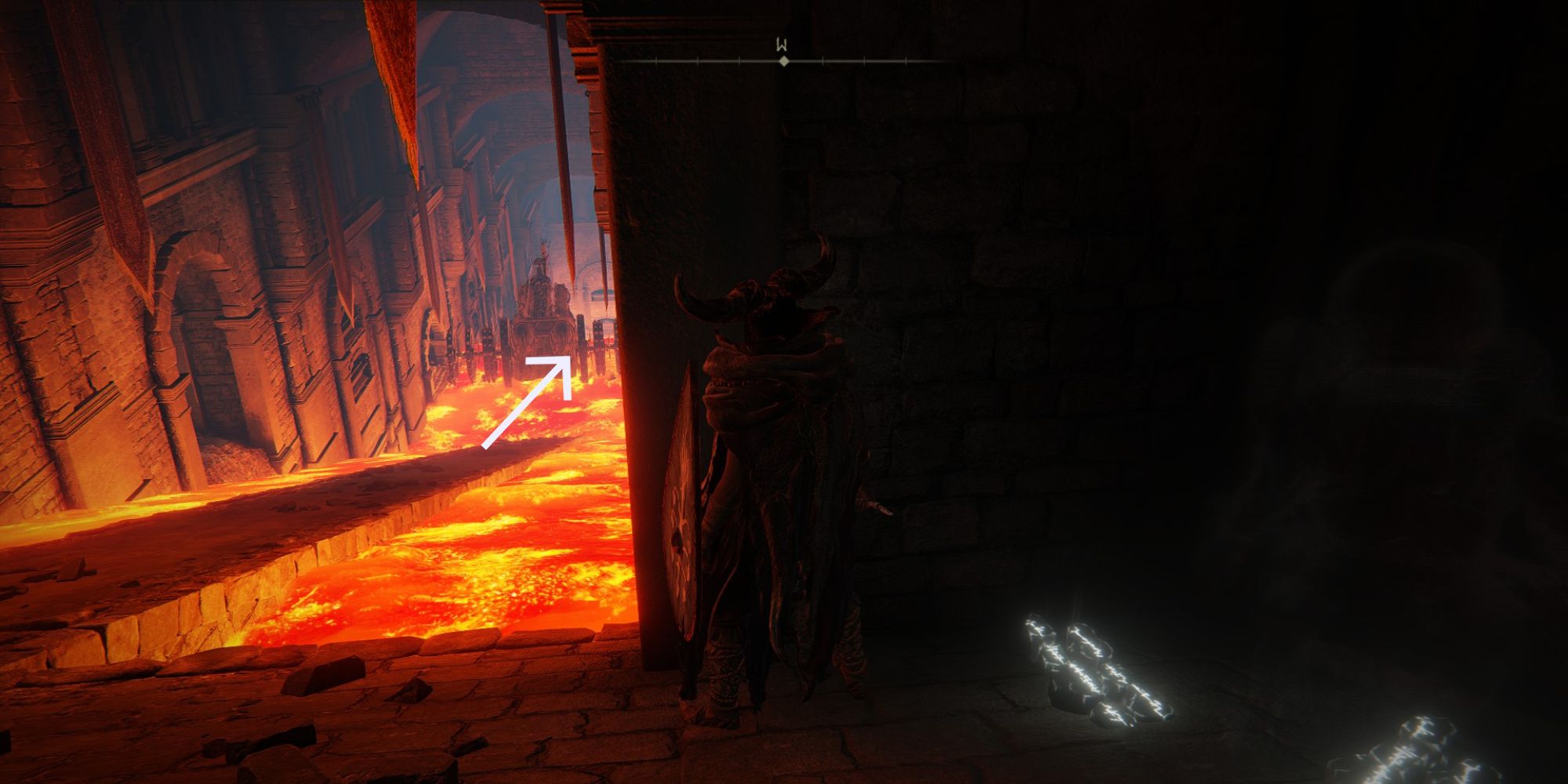 As you can see there's a dirt mound across the way from the last alcove and the ramp ends. To take the shortcut to the boss, you instead want to go down the ramp and walk into the lava. There is another steep ramp of pure lava. The chariot does not exceed where you see it stop here, so you don't have to worry about it crushing you once you're down there.

How To Survive Walking Through Lava In Elden Ring 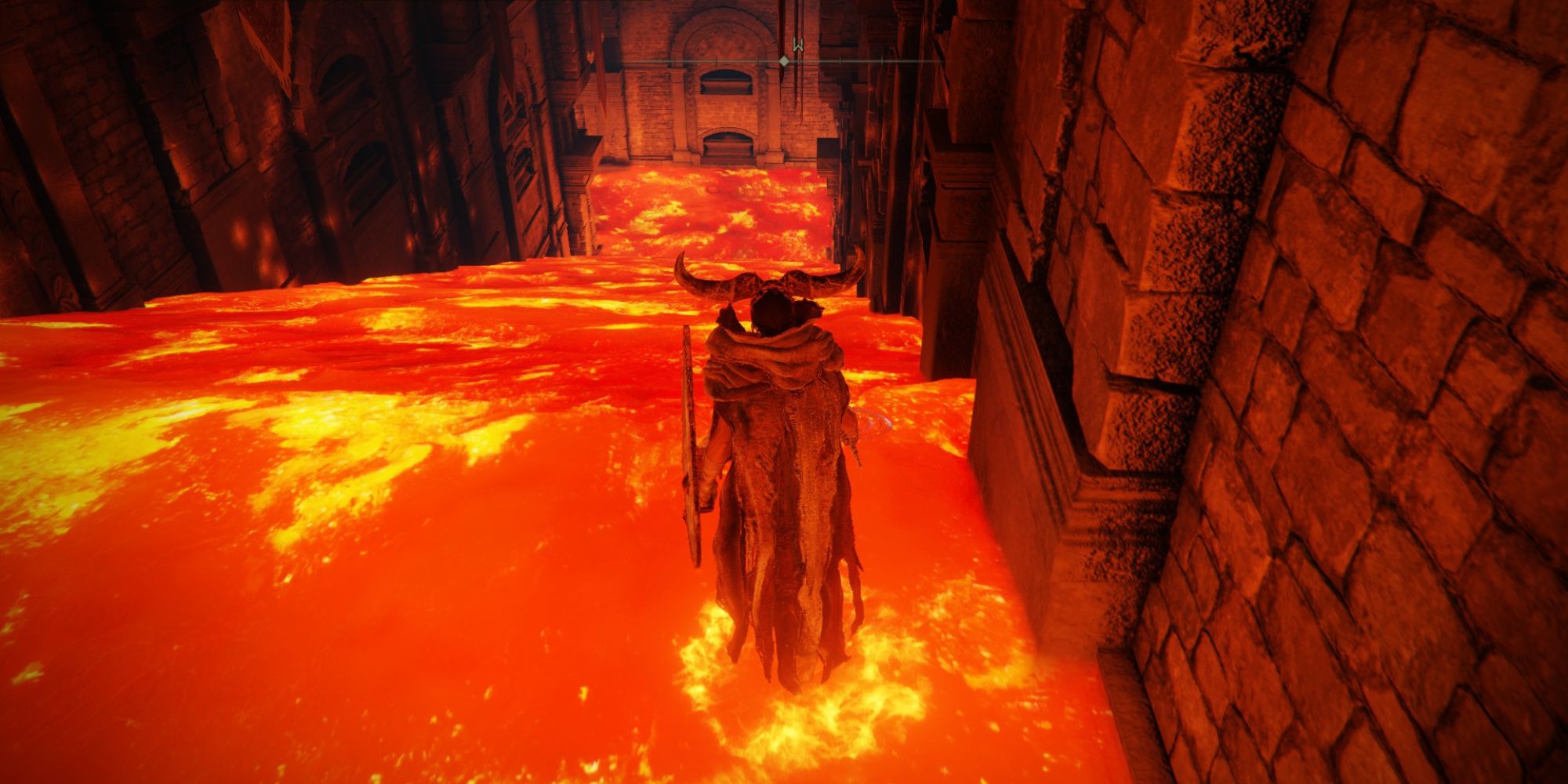 There are different ways you can adapt to surviving walking through the lava. If you have a lot of Vigor and or a lot of health potions, constantly healing and taking the fire damage like a boss will work. If you have the Ash of War Quick Step or Bloodhound's Step, you can use these to quickly get through lava as well. 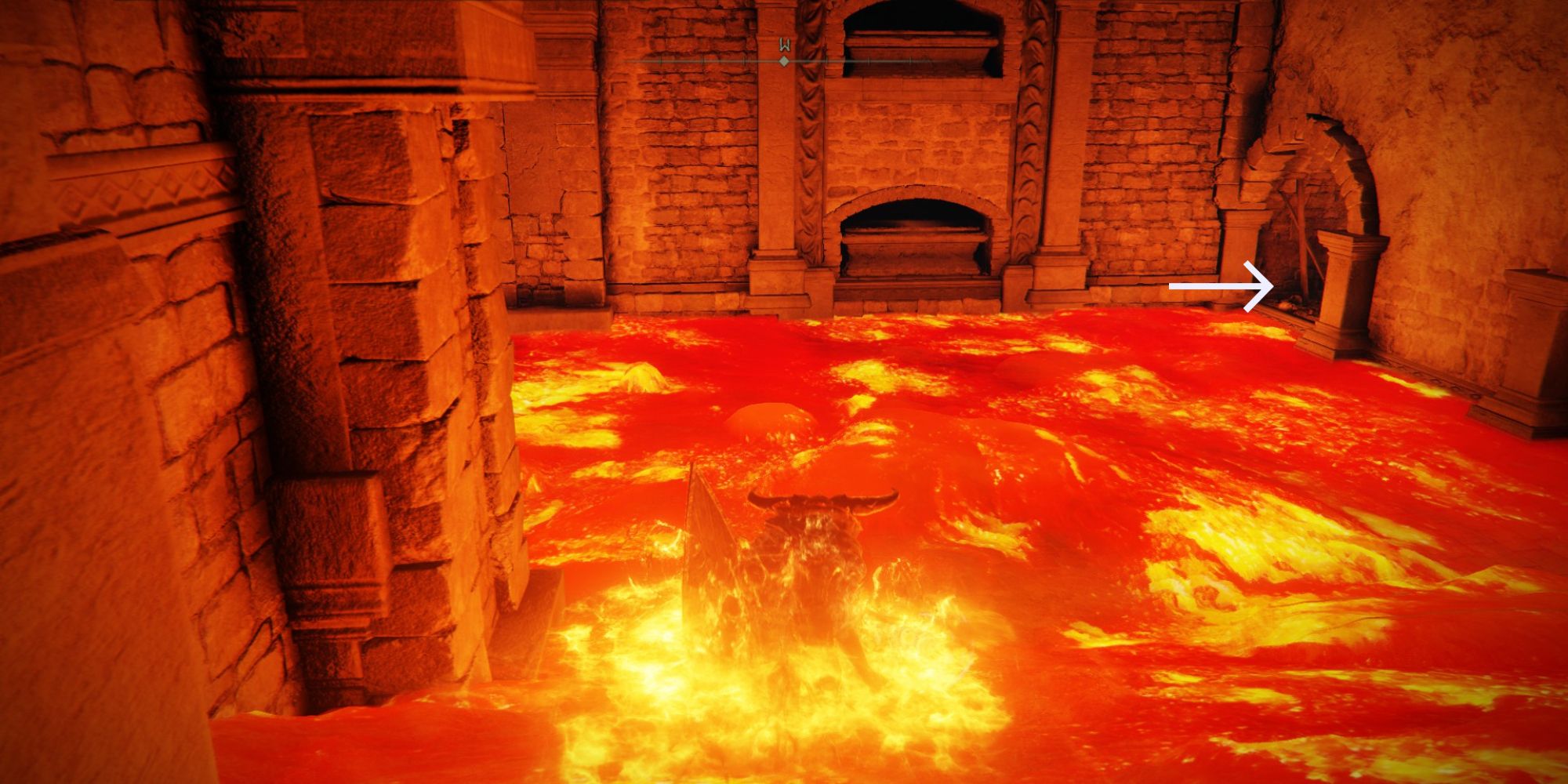 At the end of the lava ramp, head to the right. There is an alcove here with a hole you can drop down into with a Grave Glovewort (7) on the ledge. 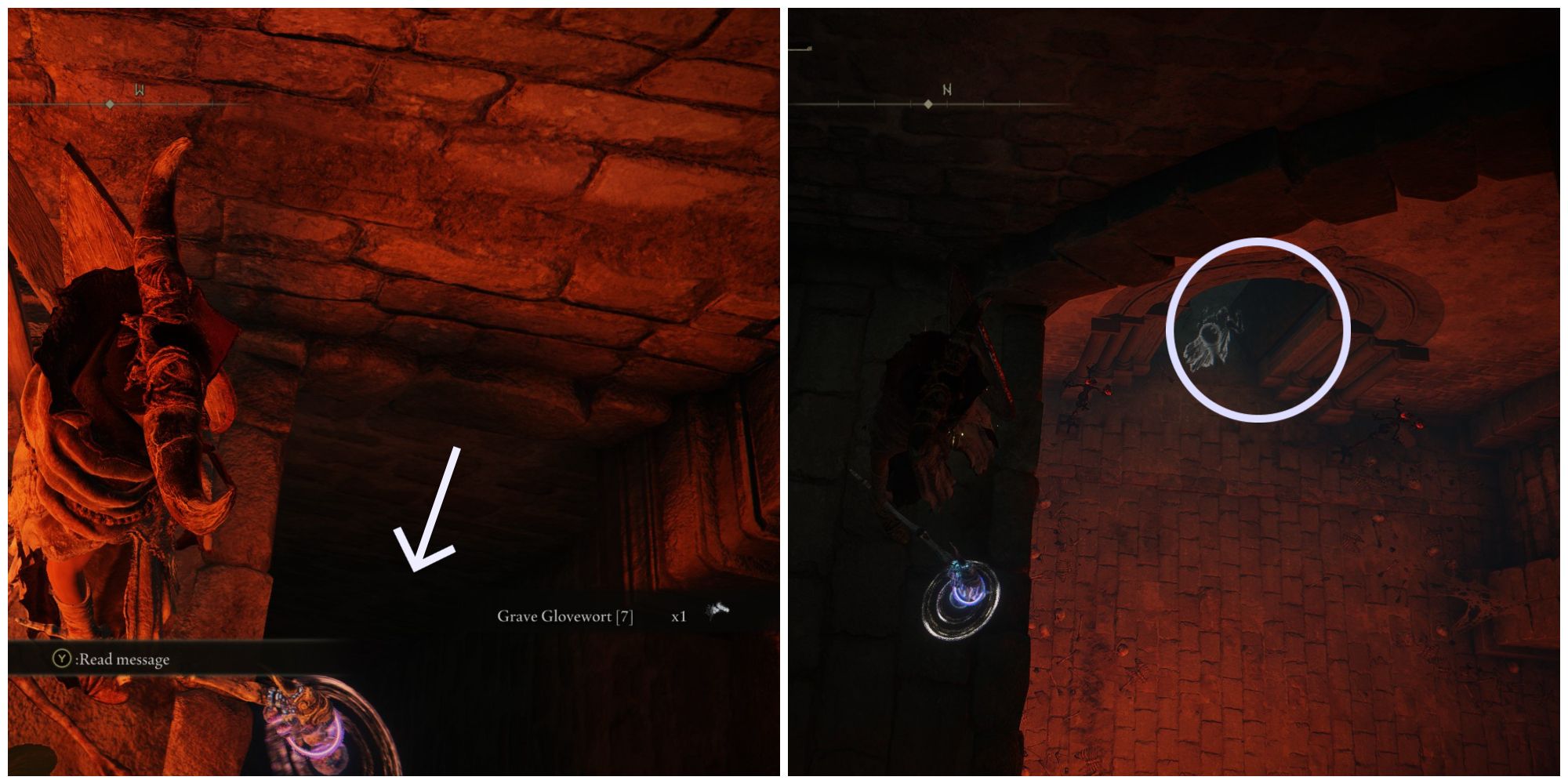 Simply dropping down this hole will kill you with fall damage. There is a ledge connected to the left wall that you can't see because the hole is too dark. Hug the left wall when dropping down to drop safely. Then you can drop again and find the door that leads to the boss fog wall.

How To Get The Ringed Finger Weapon

Back towards the end of the chariot ramp, you again want to go past the chariot and down into the lava. 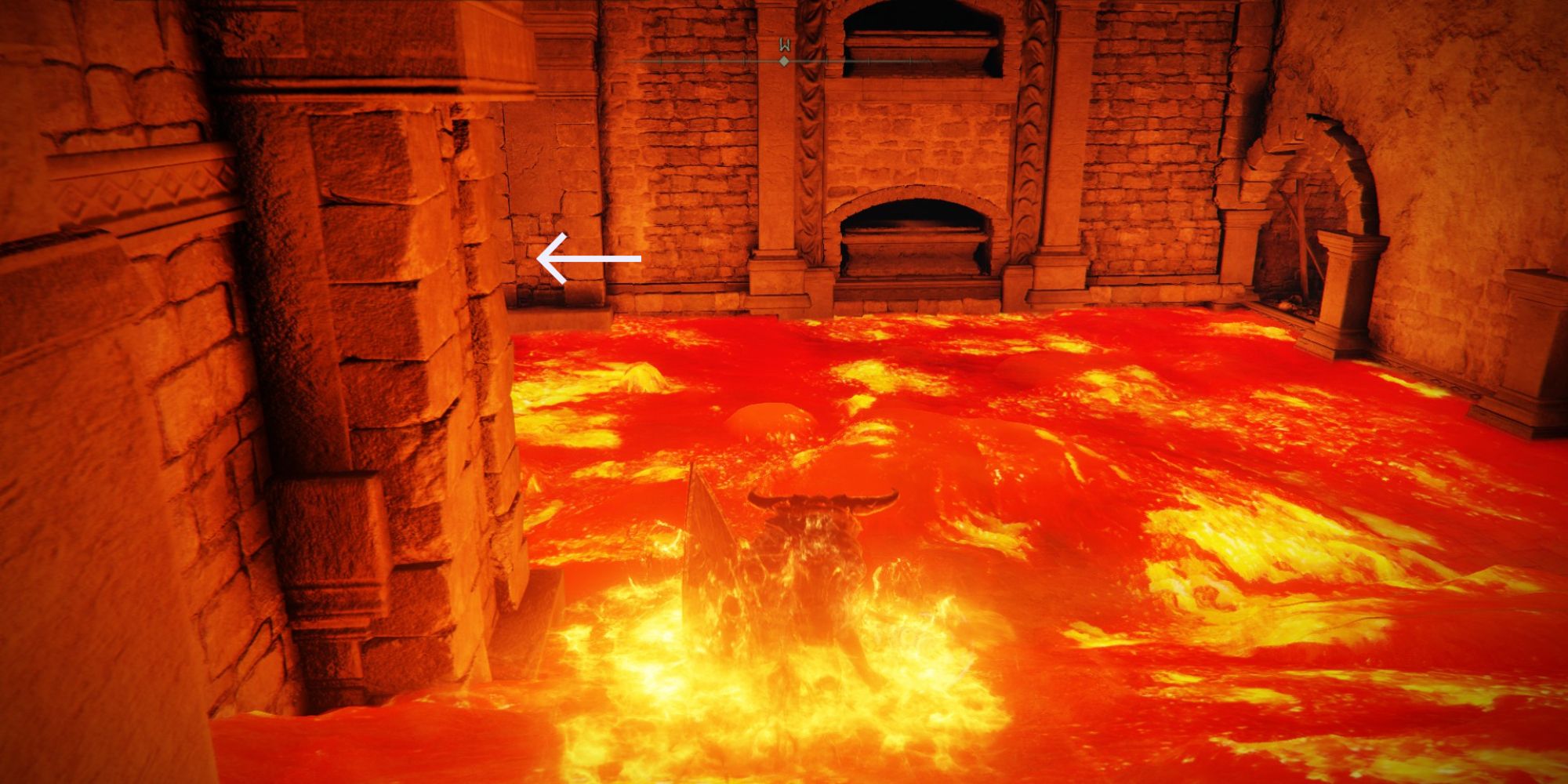 This time, instead of going right, head left. 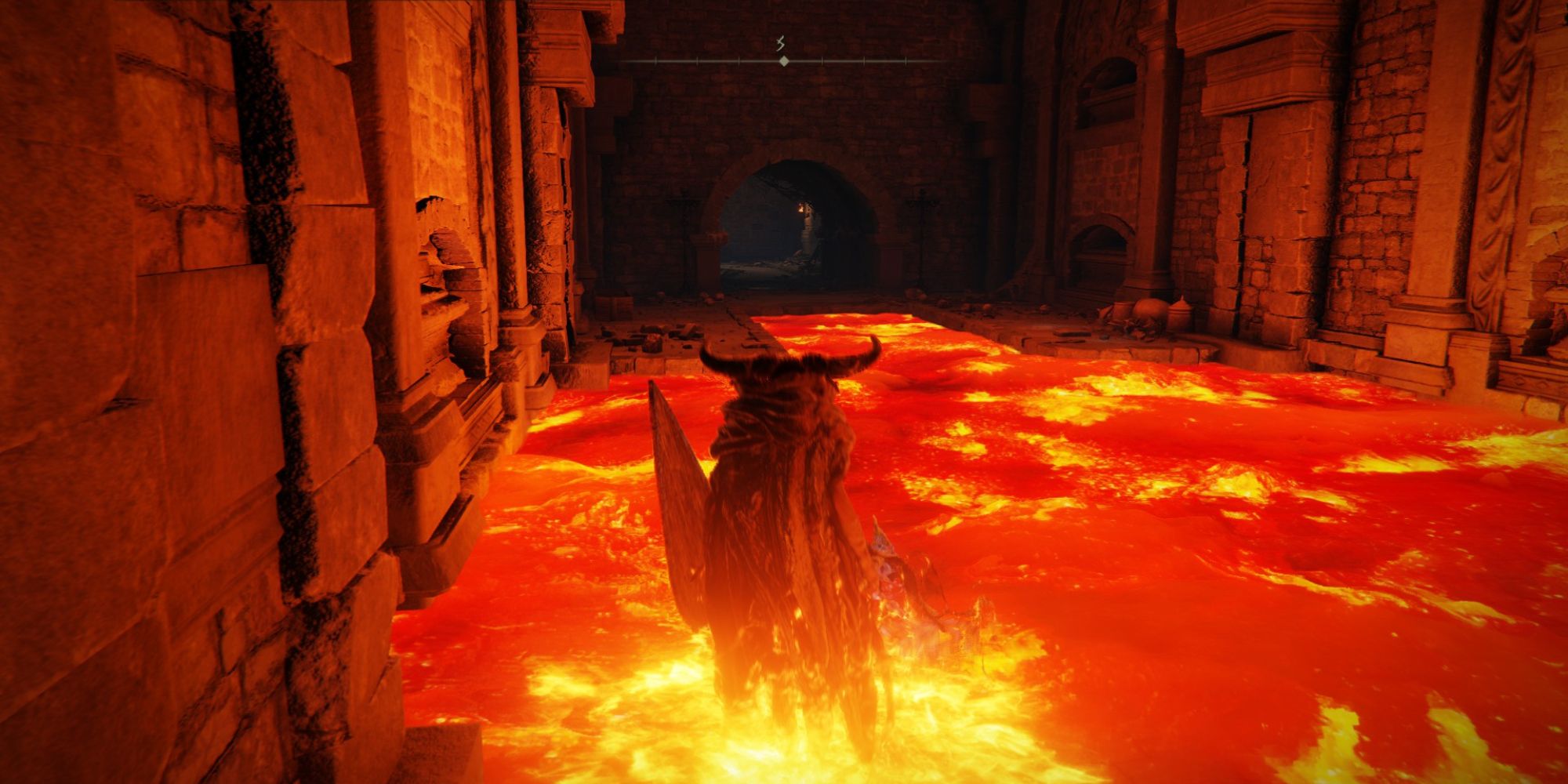 There is a secret room here with nothing but a treasure chest. Inside the chest is the Ringed Finger Strength weapon.

How To Get The Bloodhound Knight Armor 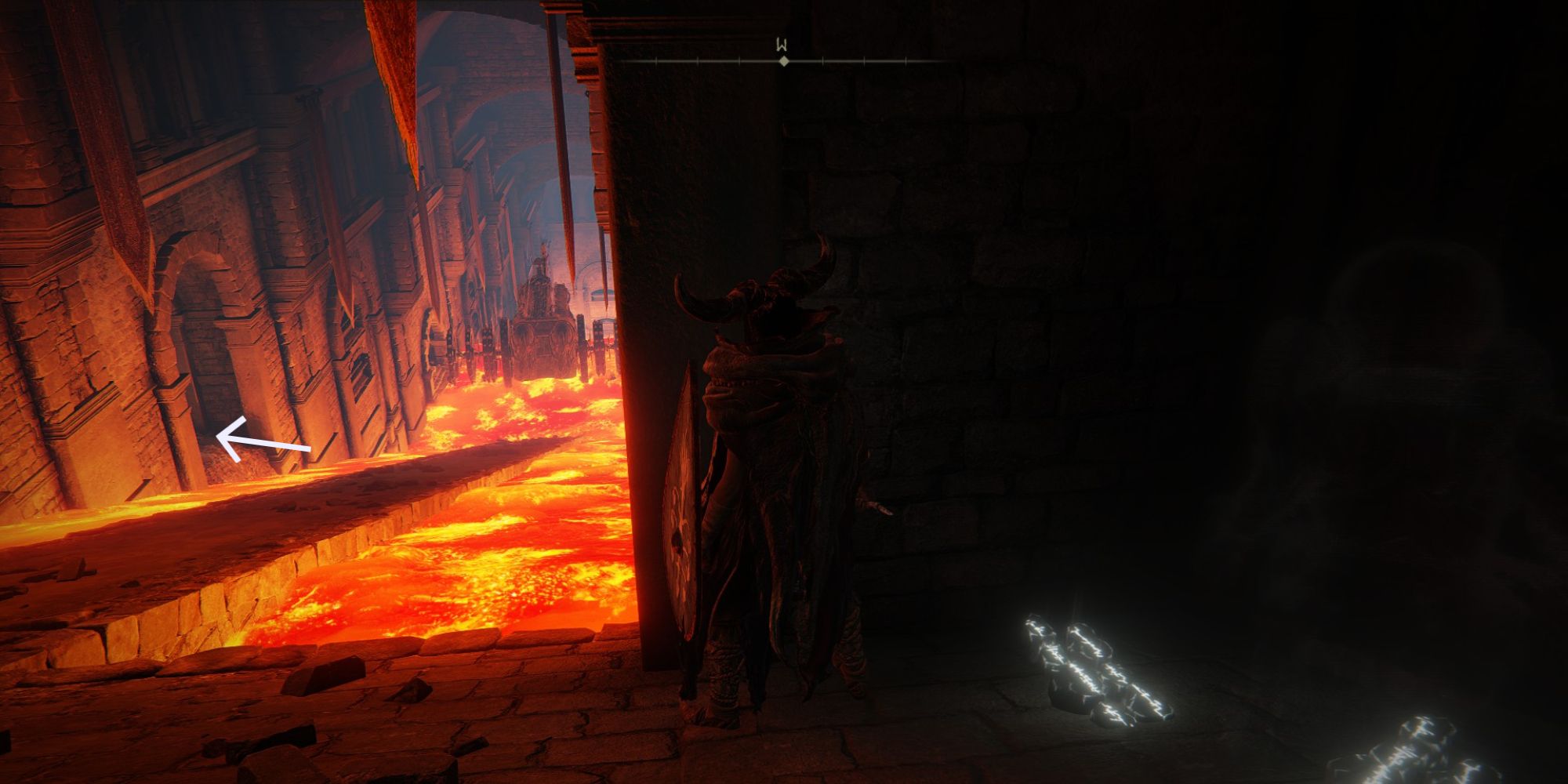 Back to the end of the chariot ramp, instead of going into the lava you can now run across to that dirt mound. There will be a Grave Glovewort (7) here. 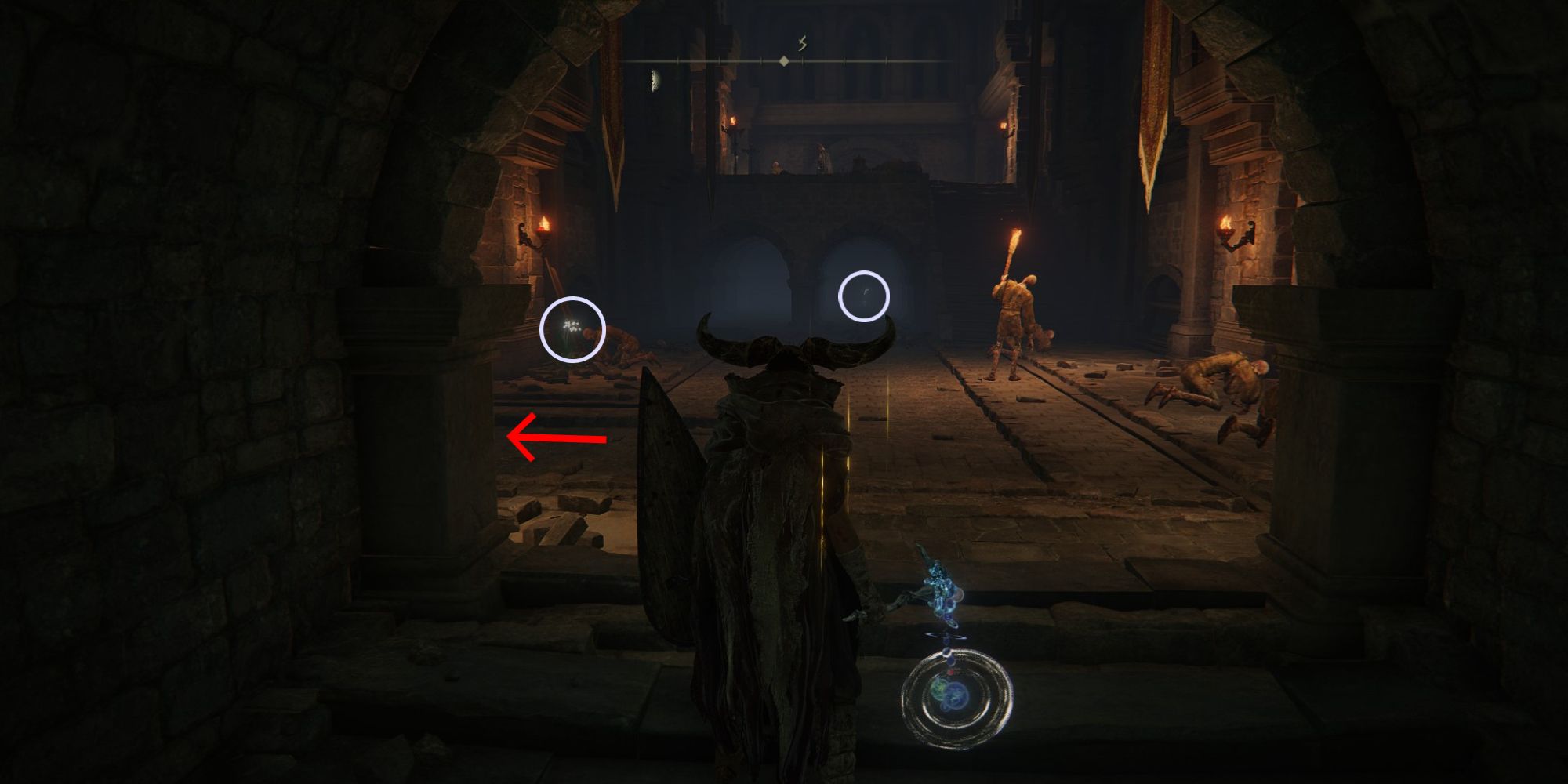 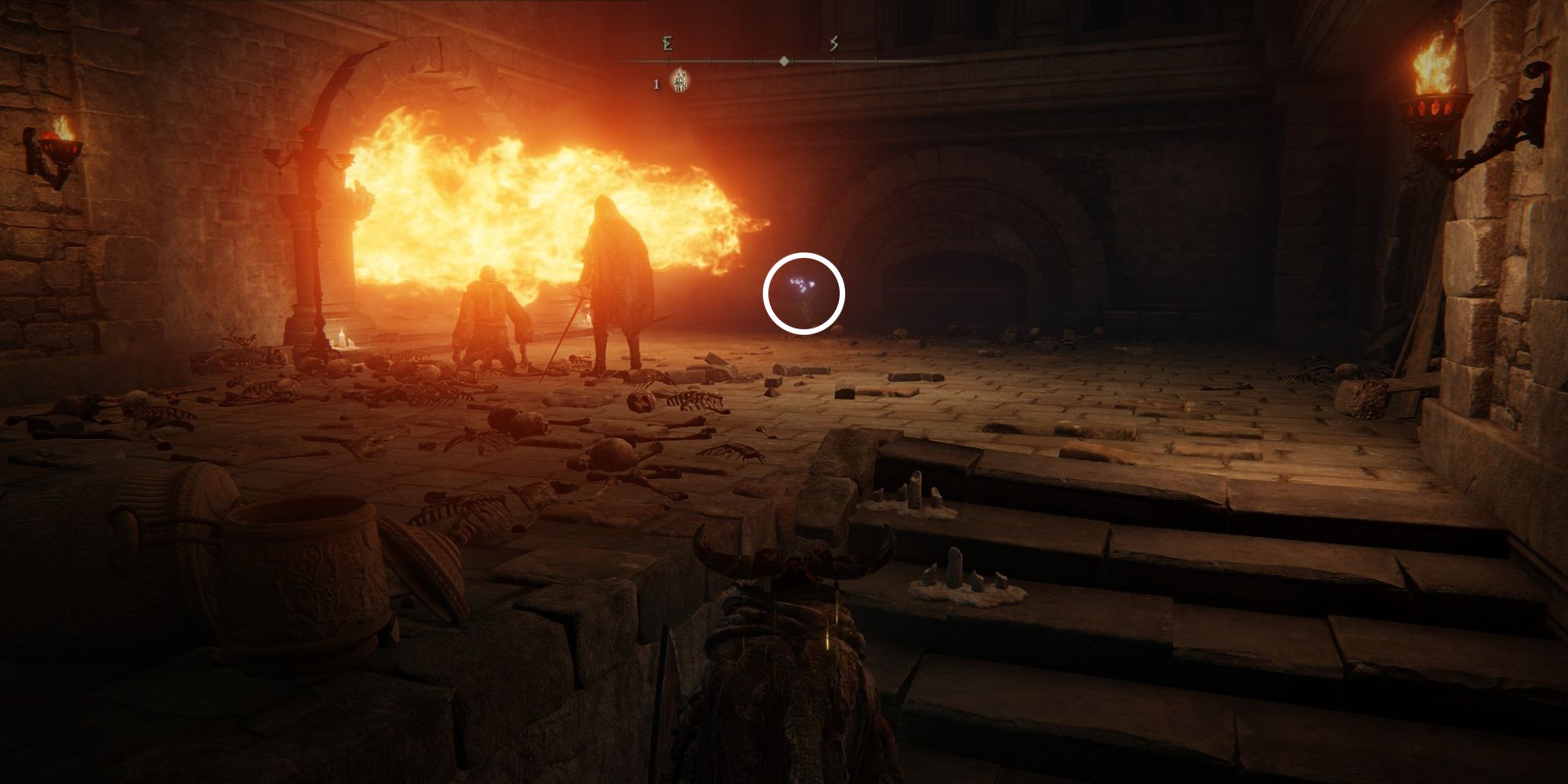 Just above the stairs you'll notice two enemies and fire flaming out of the next room. The enemy standing up is the only threat here. On the other side of them is a Ghost Glovewort (7). 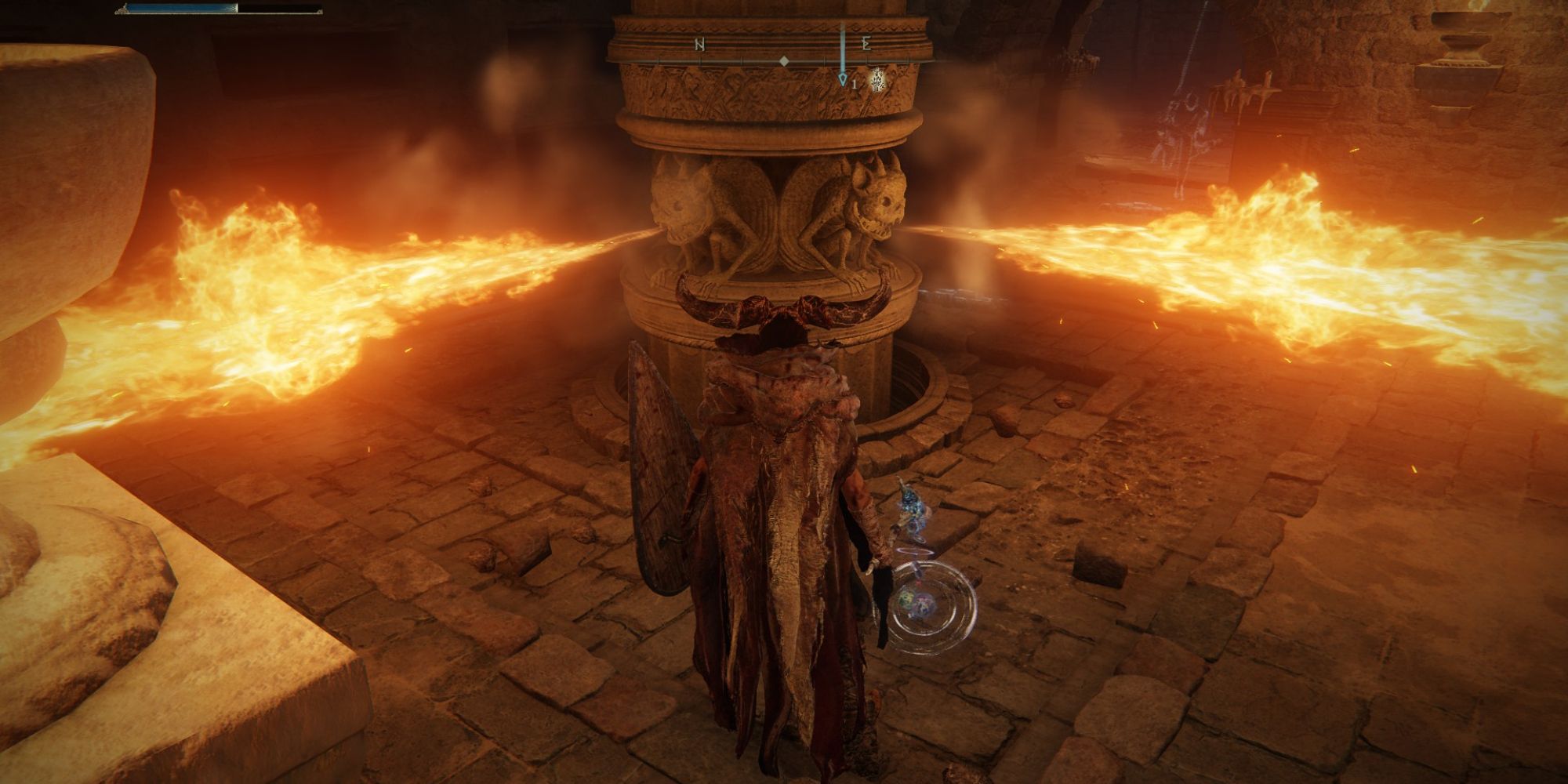 To stop the fire, you'll want to time it right. Run in and immediately turn left, before the flames come back. Hit the pillar to lower it and stop the flames. 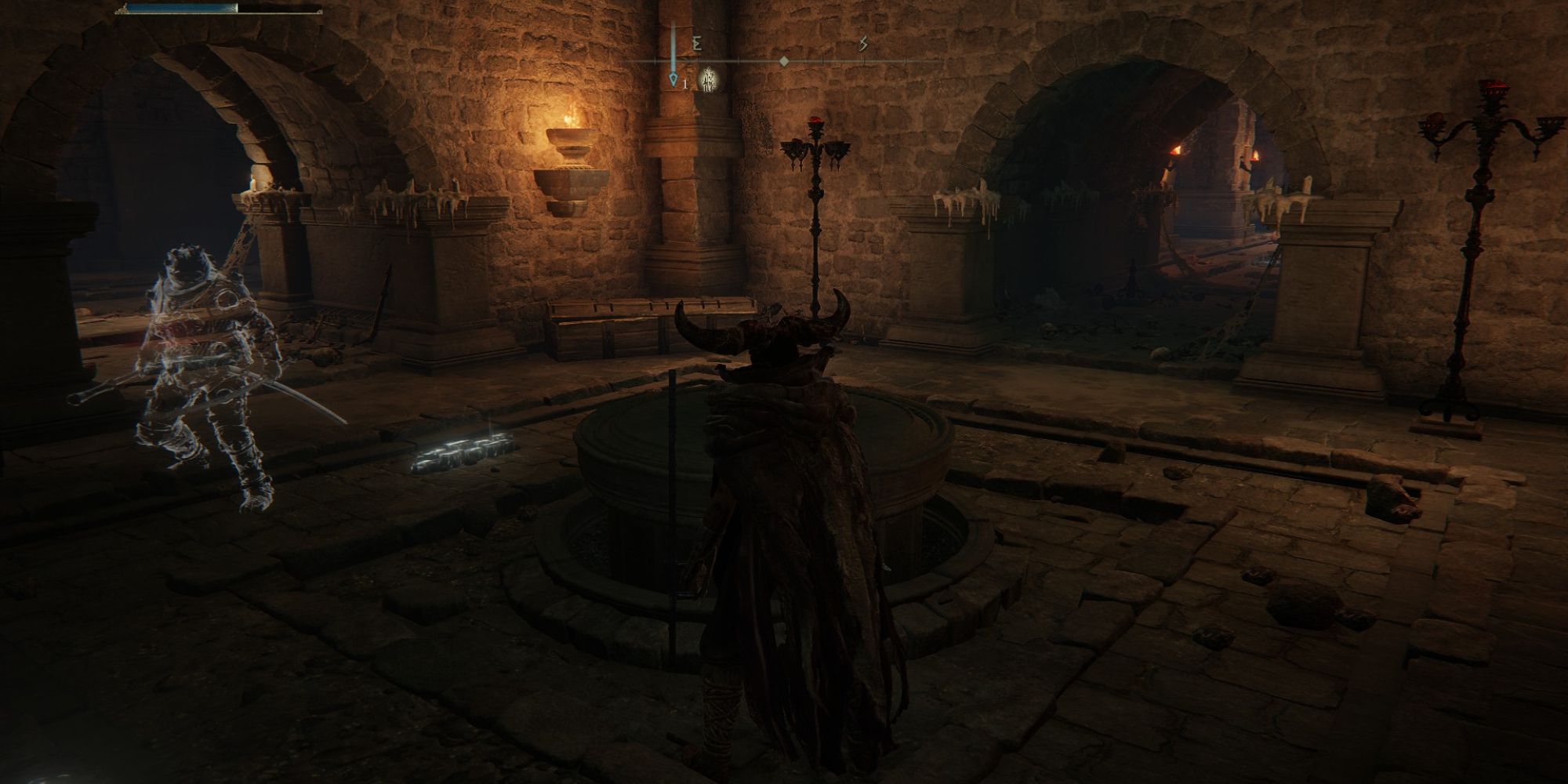 In the room to your right, there is only a Golden Rune (6). The next doorway leads to a chariot ramp, so be careful. 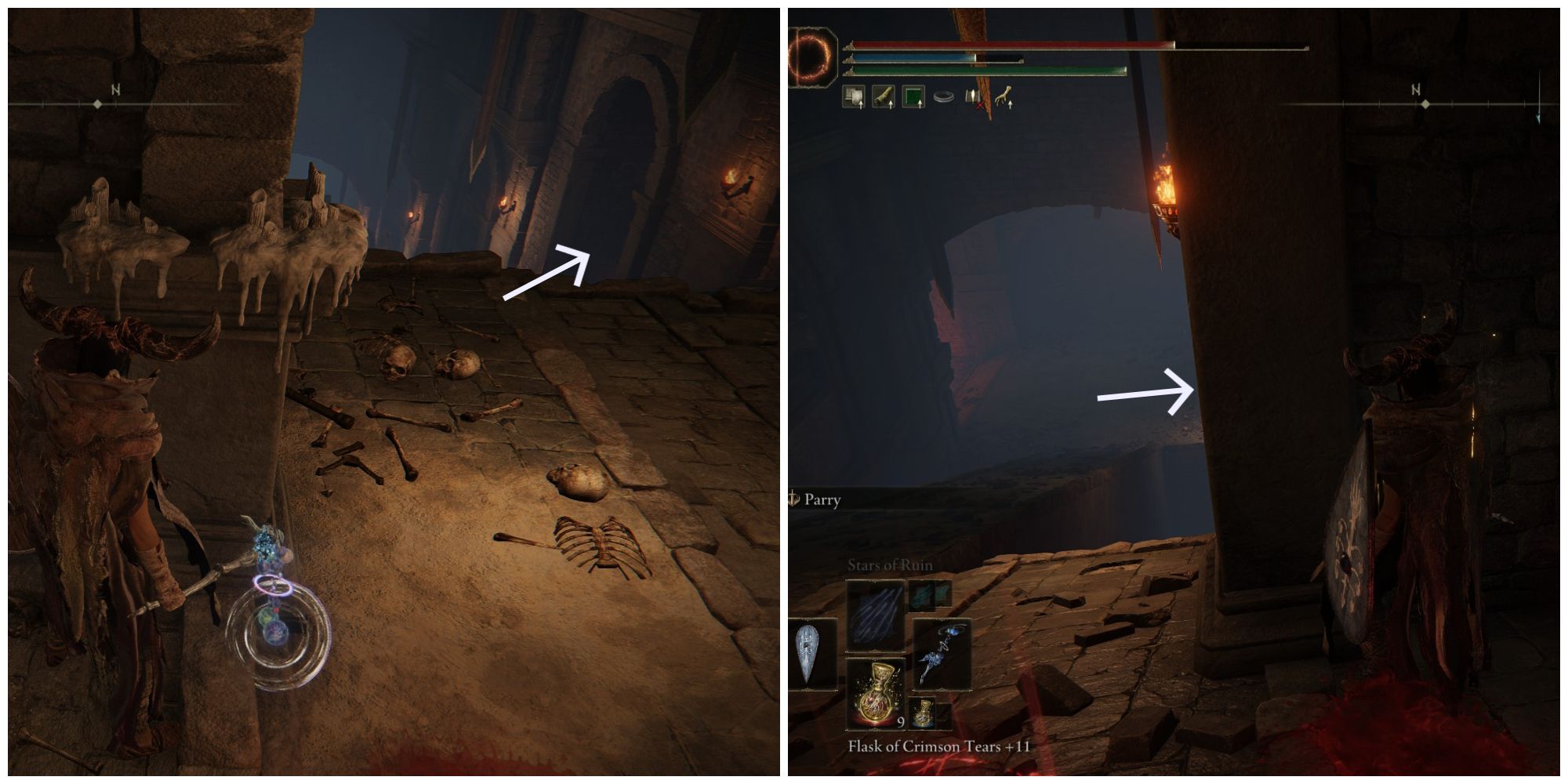 There is a Stonesword Key to your right, behind where the chariot stops. If you collect it and then run to the back corner, you won't be hit and can return to your original position. Getting to the first alcove across the ramp is easy. What's difficult is reaching the second and last alcoves at the bottom of the ramp.

Once the chariot is out of your way, you'll want to run all the way down the ramp and make a quick right into the alcove. 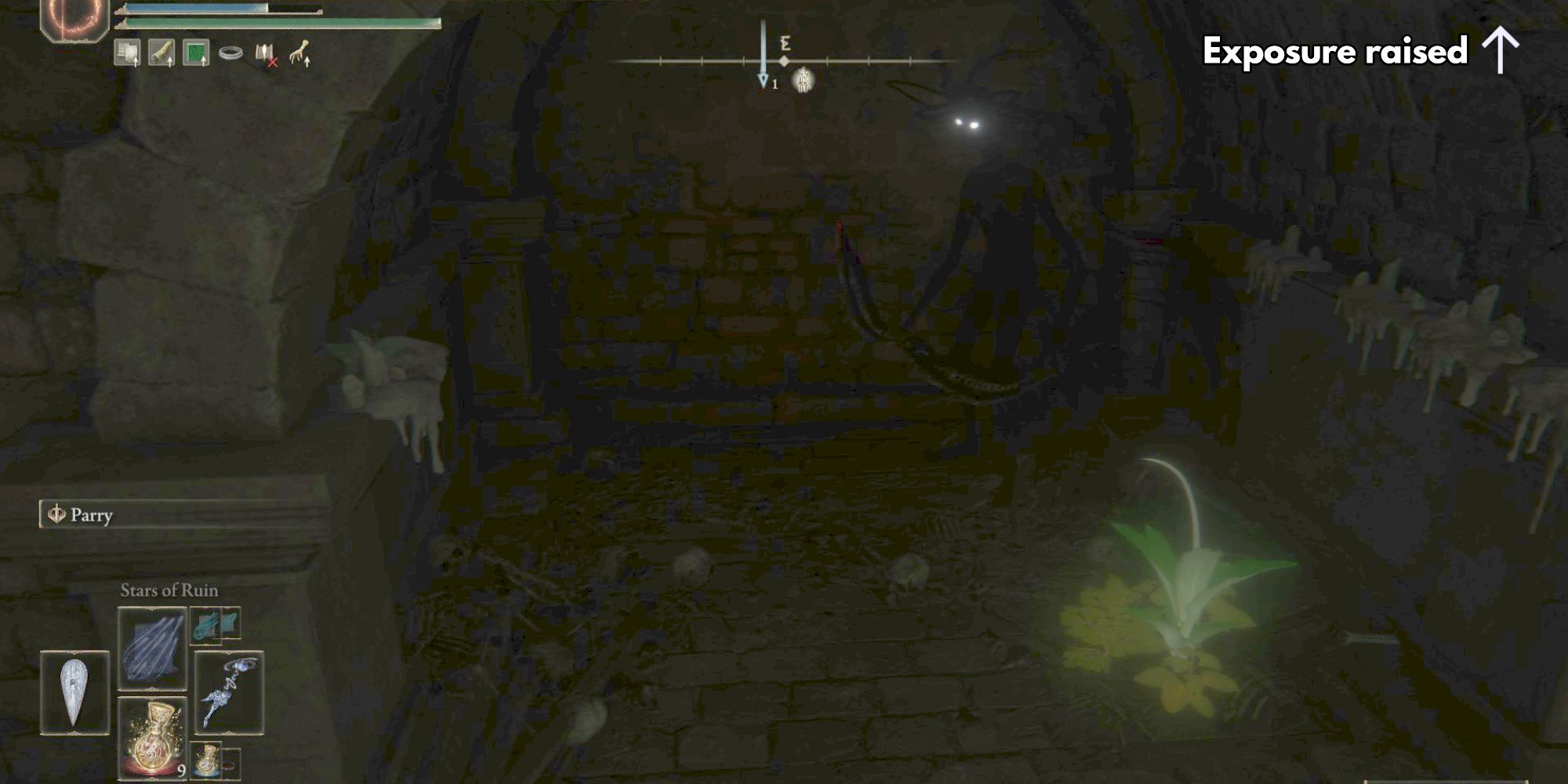 There is a tough enemy here. A Cemetary Shade will be hiding in the dark alcove. You won't be able to see it and may get overwhelmed by its attacks. Before running down to this last alcove, consider equipping your lantern. When you first defeat this enemy, it drops the Mantis Blade weapon. 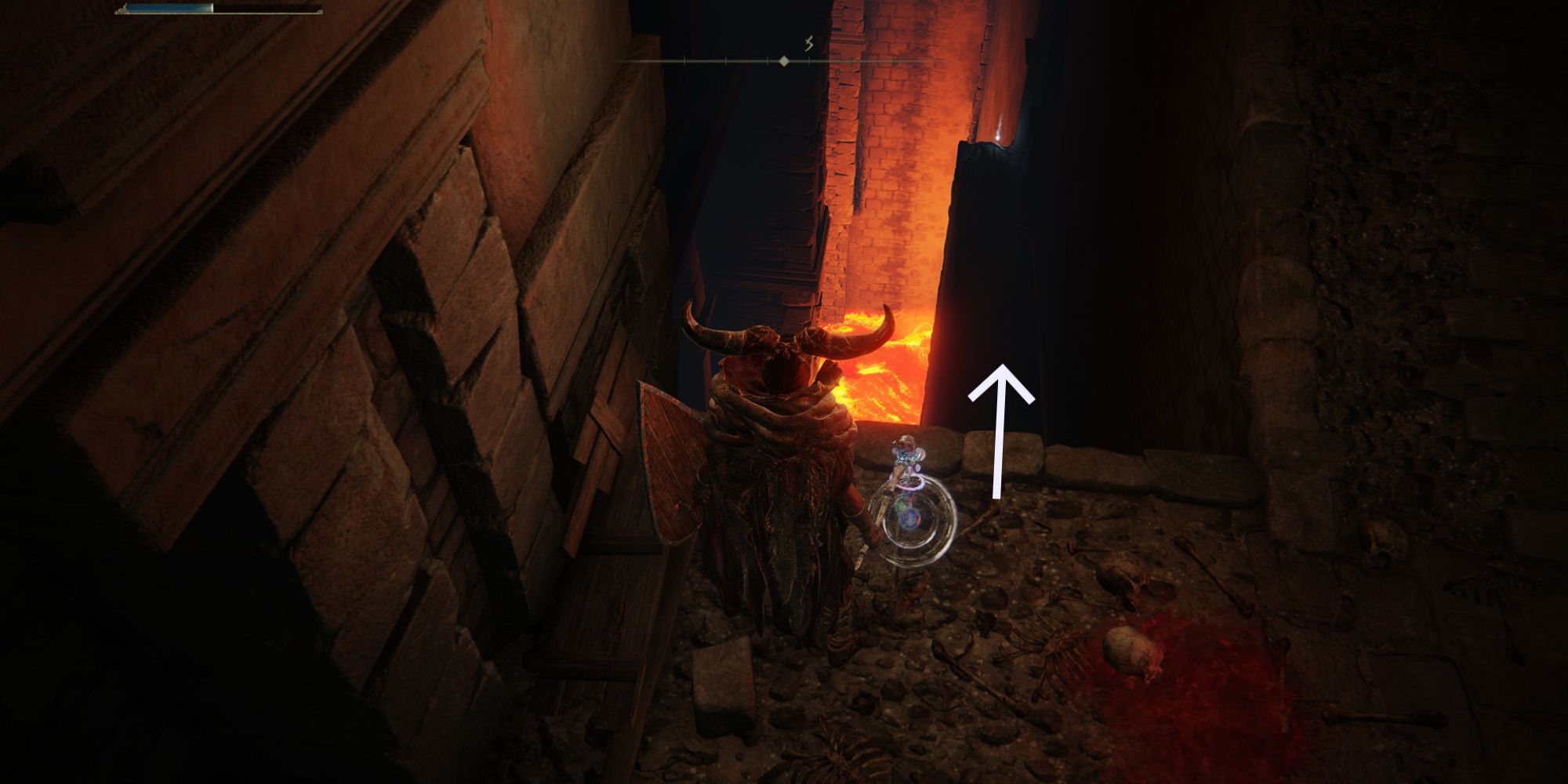 The chariot will have now changed its course to go down the next ramp. If you've taken a peak, the ramp is pure lava and there's no way you can survive running across it since lava slows down all movement exponentially. Instead, turn to your left and look down the hole. You can jump down onto a ledge safely here, where you see loot. The loot is Smoldering Butterly x6. 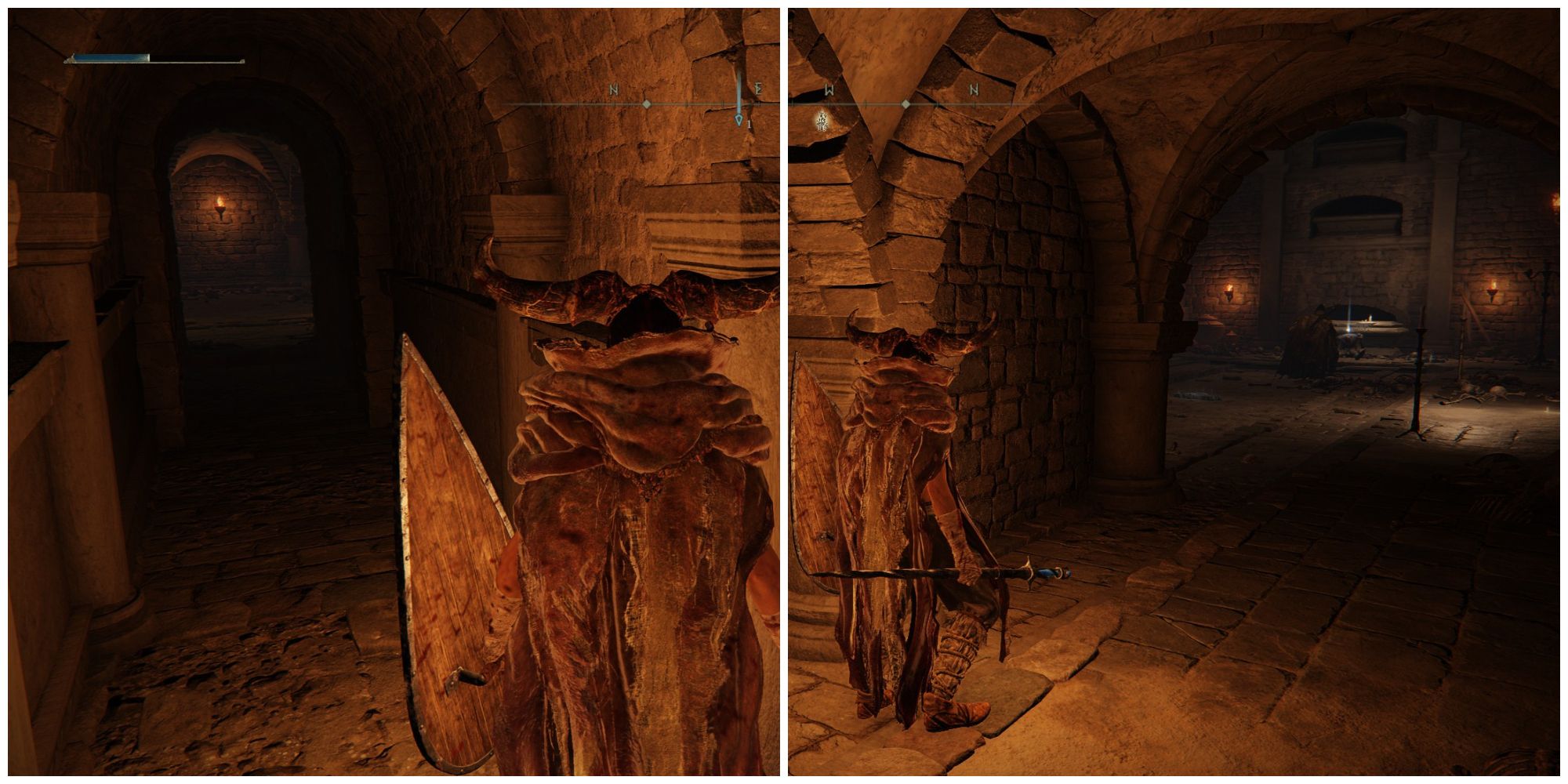 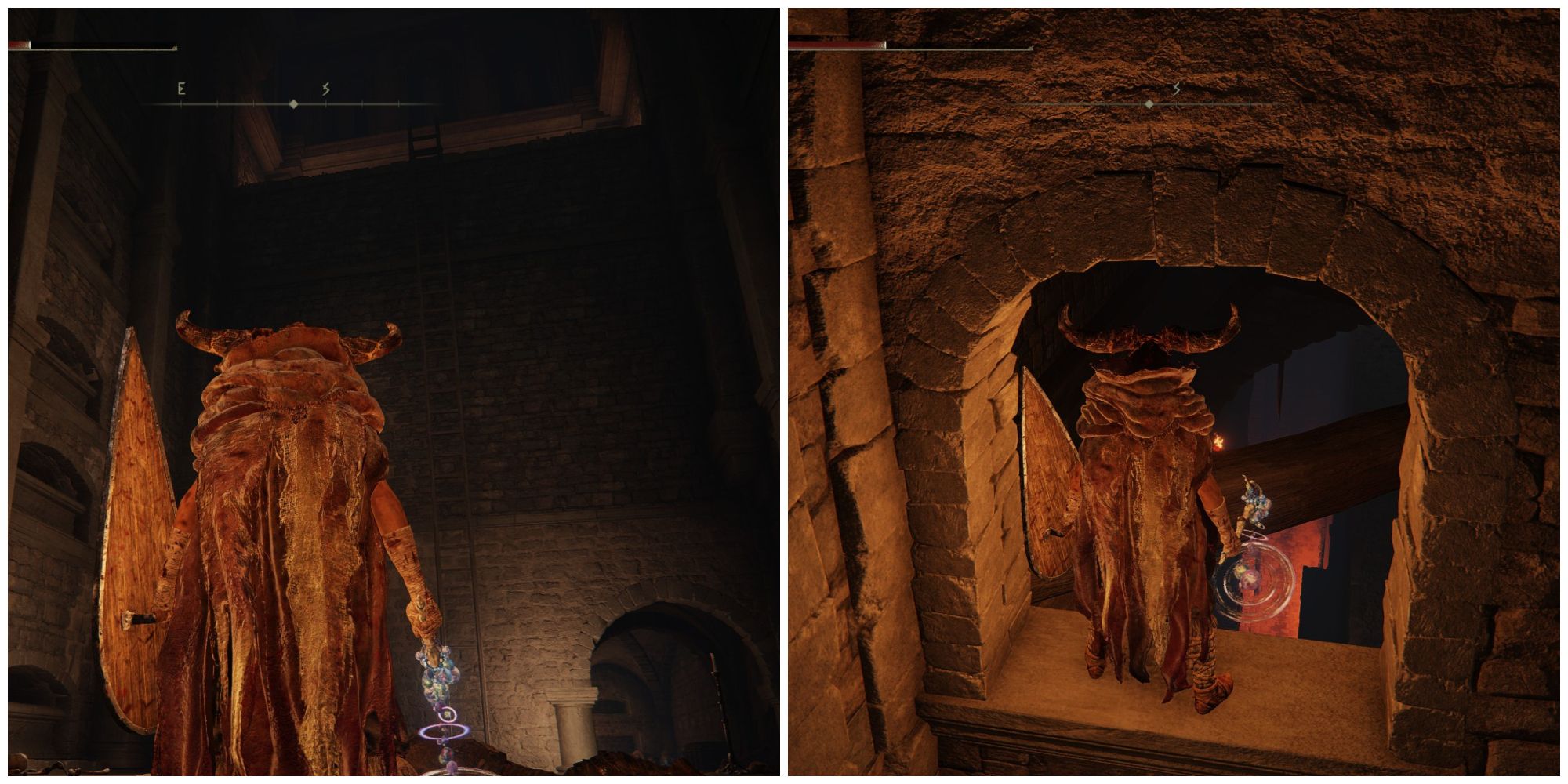 You can continue onward from here to the boss. Behind you is a ladder. There is Root Resin behind the broken pots. Here, you want to carefully jump out the window and onto some wooden beams. 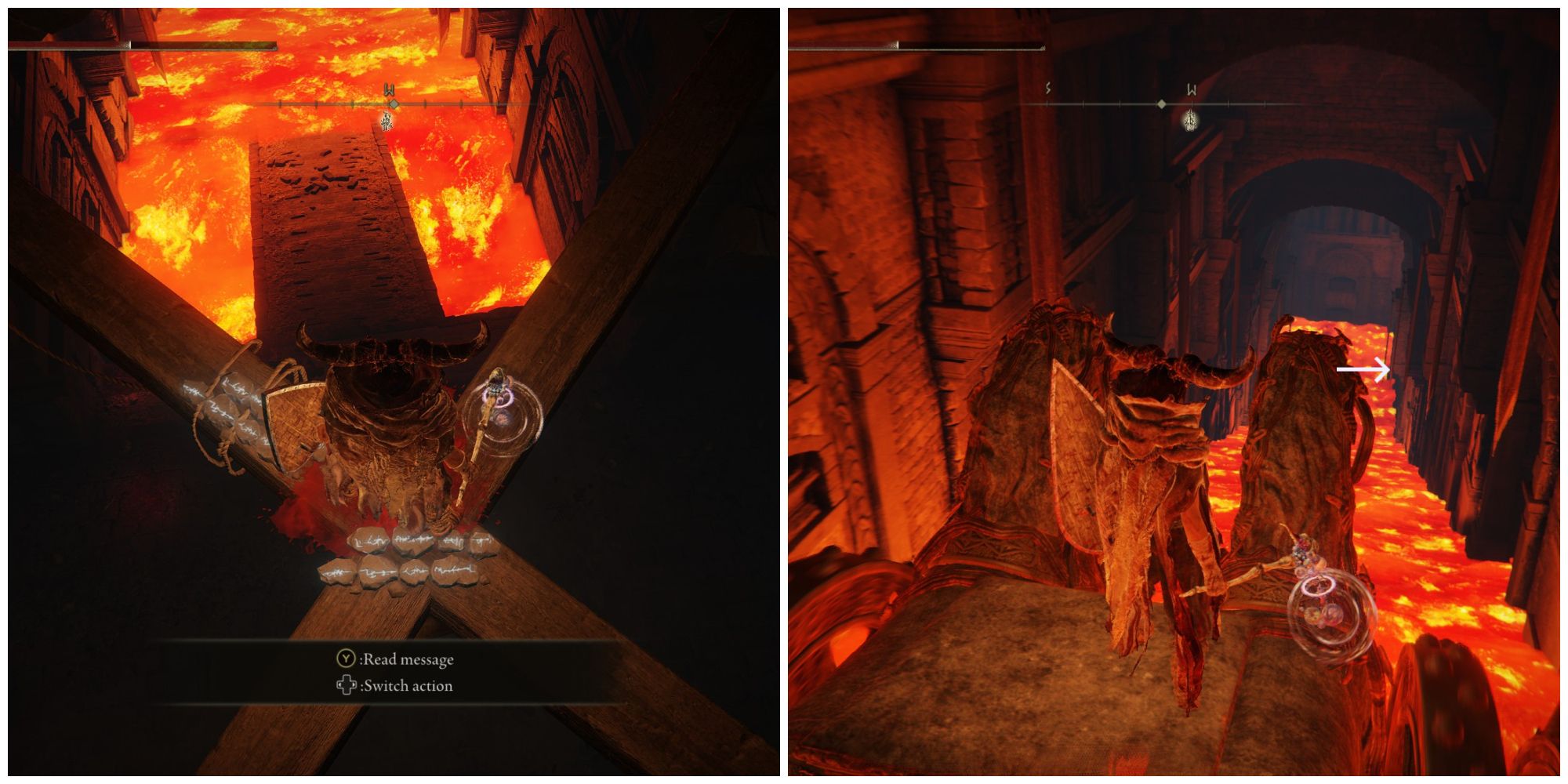 These beams are directly on top of the previous chariot. What you want to do is carefully jump down onto the chariot. There is a platform on it which will allow you to stand safely. It's easier to drop onto it before it completely turns around.

Ride the chariot all the way to the end. Once it turns around, jump off and roll onto the small alcove to the right. There will be a ladder. This leads you to the door leading to the boss fog gate. 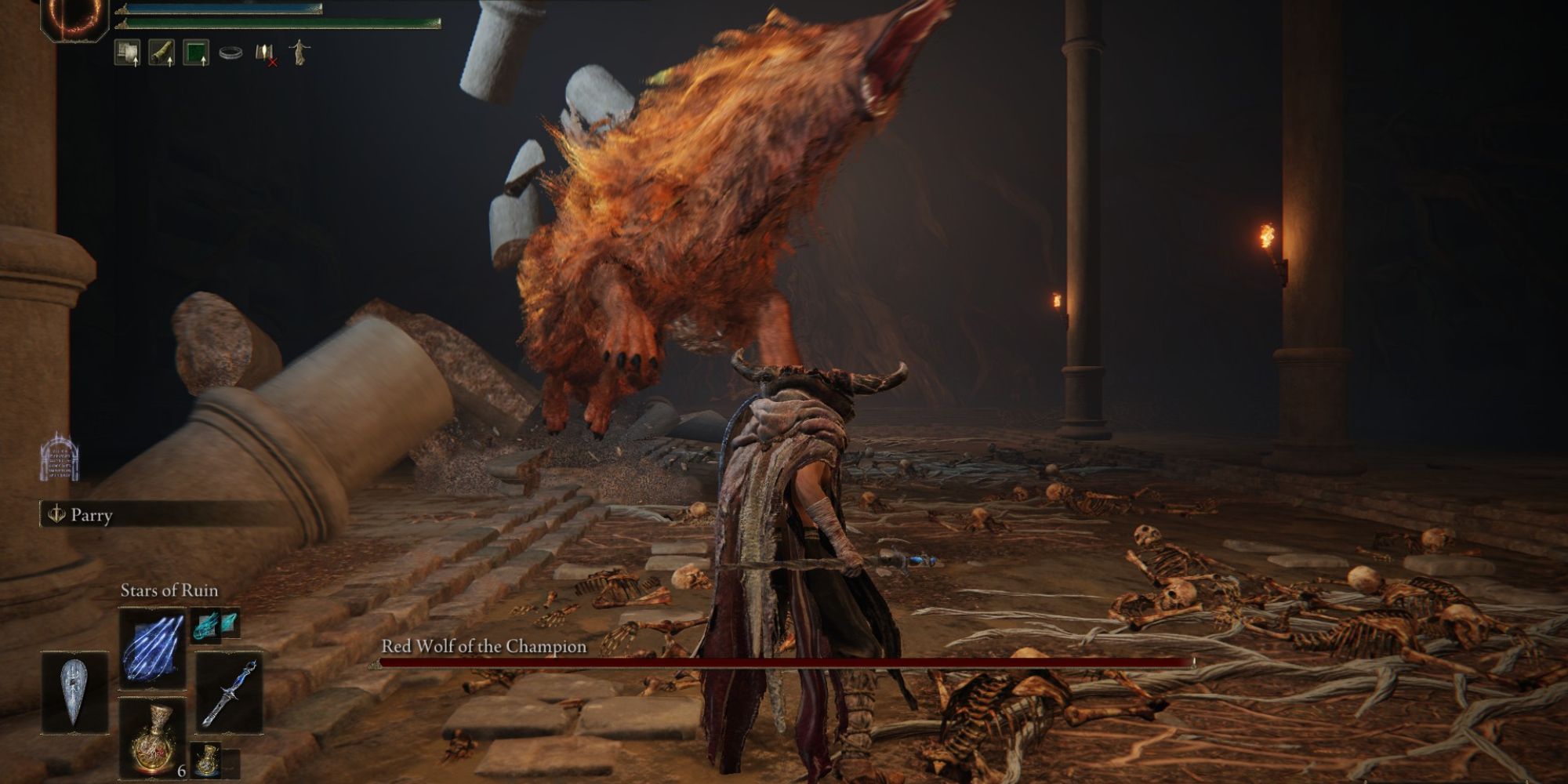 This is a boss you likely fought before, as he is a copy of the Red Wolf of Radagon from Raya Lucaria Academy in Liurnia of the Lakes. His moveset is the same, wielding a magical flame sword and using sorceries that project multiple blades toward you.

If you time your dodge right and put some distance between you as he leaps and attempts to use his flame sword attack, you'll have time to cast punishing sorceries or incantations as a magic user. Otherwise, you can easily pick off his health as a melee fighter. Your only concern would be the flame sword attack, which he can perform twice back to back.

For more strategies on how to defeat the Red Wolf boss, see our guide here on Red Wolf of Radagon.