Just like other FromSoftware titles, Elden Ring is filled with all sorts of items to acquire, places to go, and bosses to defeat. It’s completely up to you which order you’d like to tackle its challenges in, and the sheer scale of the game almost guarantees that no two playthroughs will be alike.

However, there are quite a few similar gameplay tactics that many players use. Additionally, while getting your bearings about yourself as you step into The Lands Between for the first time, it can be easy to make some missteps, but you can take solace in knowing that several others have likely made similar ones as well.

Shortly after stepping into Elden Ring's open world, you'll be greeted by the horseback-riding Tree Sentinel. His quick speed, high damage output, and magic-reflecting shield all make him one extremely formidable foe.

You’re supposed to avoid him at first and come back to fight him once you’ve leveled up a bit, but given the boss’ proximity to the game’s starting location, it’s common for players to take this boss on as soon as they see him – and die a lot in the process.

9 Try Leveling Up Without A Maiden 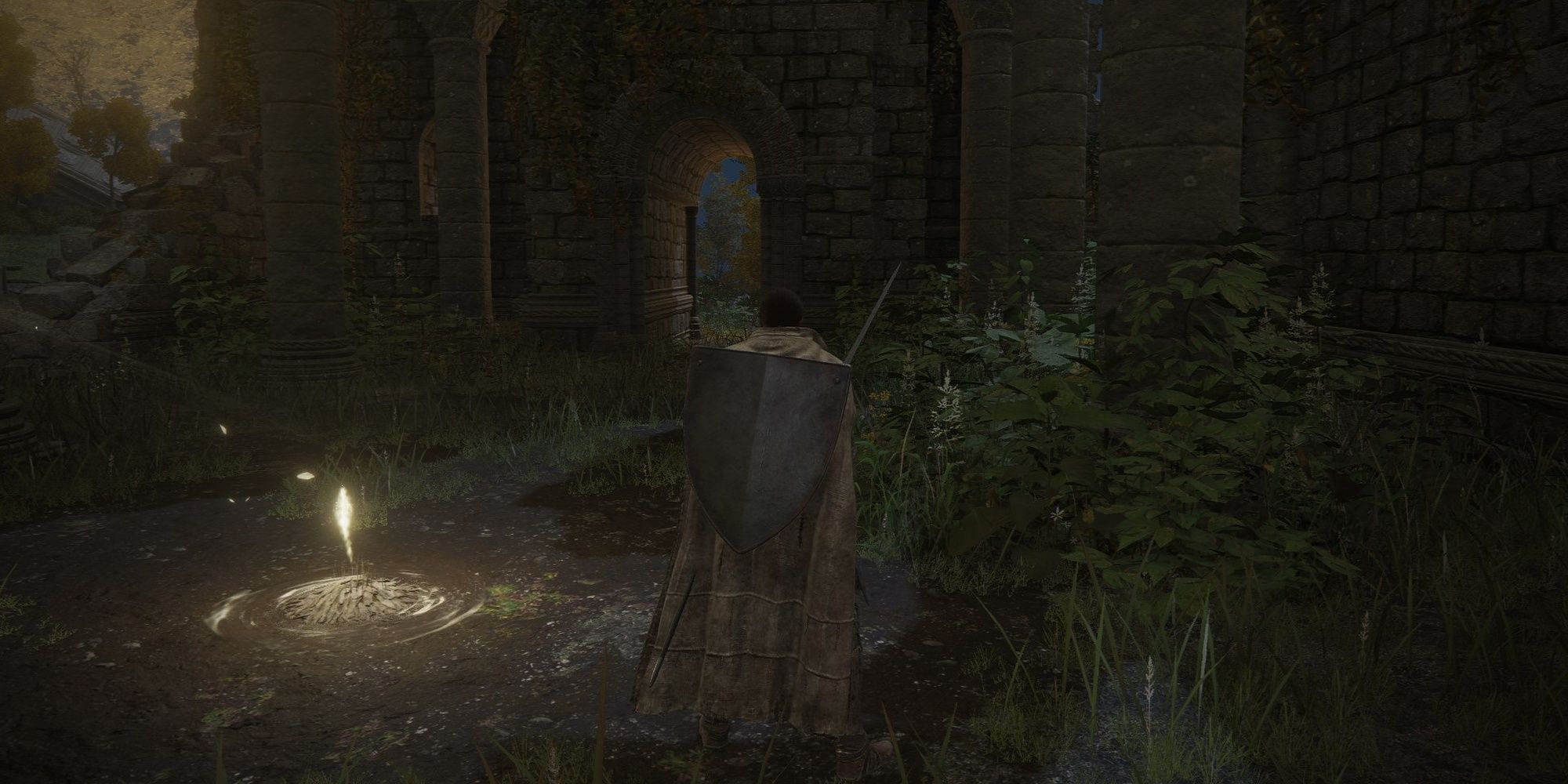 Leveling up is a core part of Elden Ring’s gameplay. As in other Soulslikes, you collect an in-game currency (Runes) that you spend to level up different attributes of your character. There’s nothing more disheartening, however, than starting a new game, collecting a ton of Runes, and then stopping at a Site of Grace to realize that you can’t level up because you are maidenless.

Thankfully, Melina, the Finger Maiden, eventually meets you at a Site of Grace. Maidenless no longer, you can now level up, provided you were able to hold on to your Runes.

8 Accidentally Travel To A High-Level Area 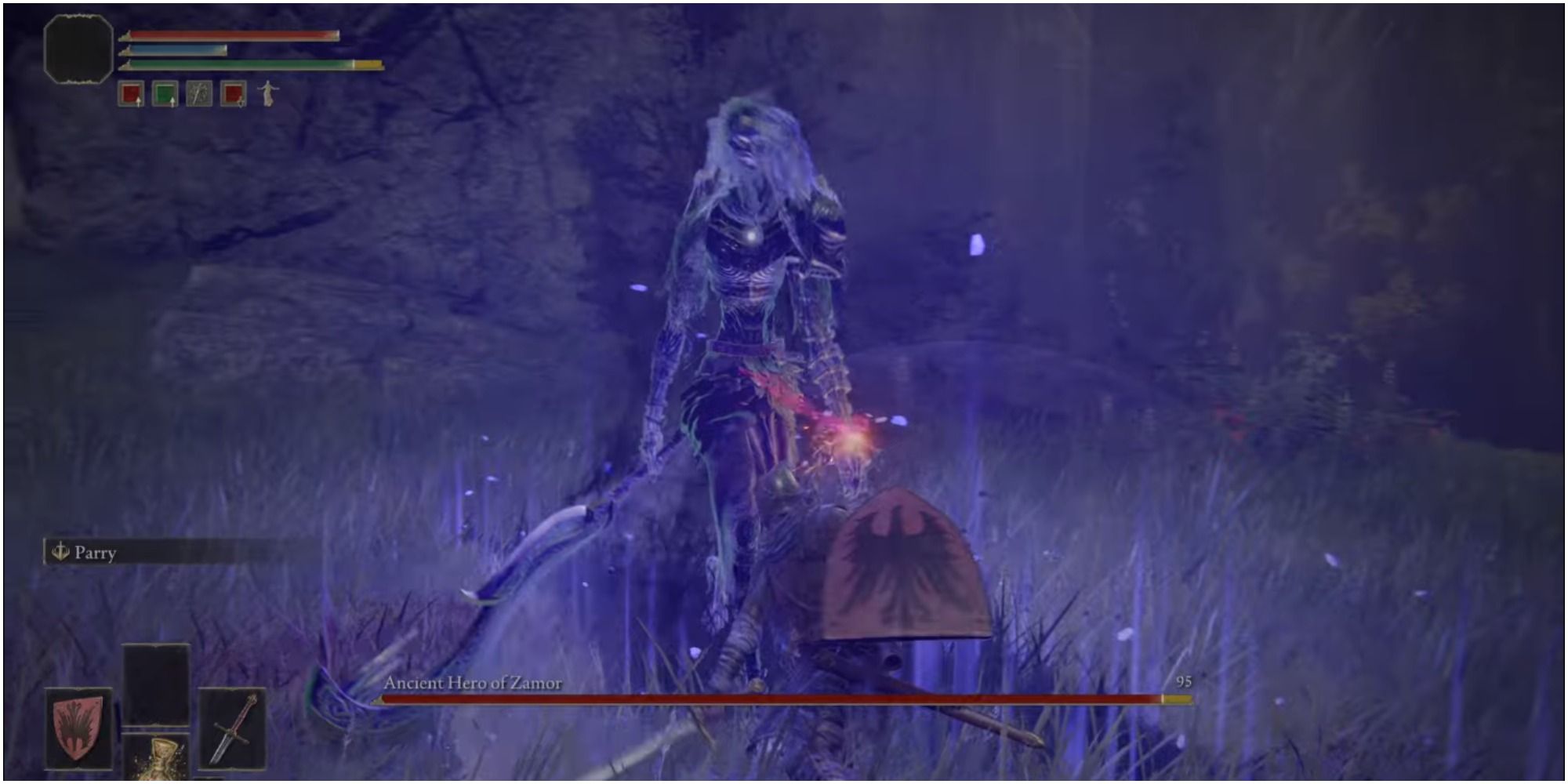 Elden Ring’s enemies do not scale to match your current level, which means that, theoretically, you could encounter some later-game enemies within the first few hours if you go far enough in one direction. Given the overall directionless nature of Elden Ring's open world, it’s very likely that players will bite off more than they can chew just by going in the wrong direction.

When this happens, you're in for a daunting fight. Trying to take down foes such as the giant crows by Rotview Balcony as a lower-level character is no easy task, especially since most of their attacks are capable of one-shotting you at that level.

7 Look For Hidden Paths (And Rarely Find One) 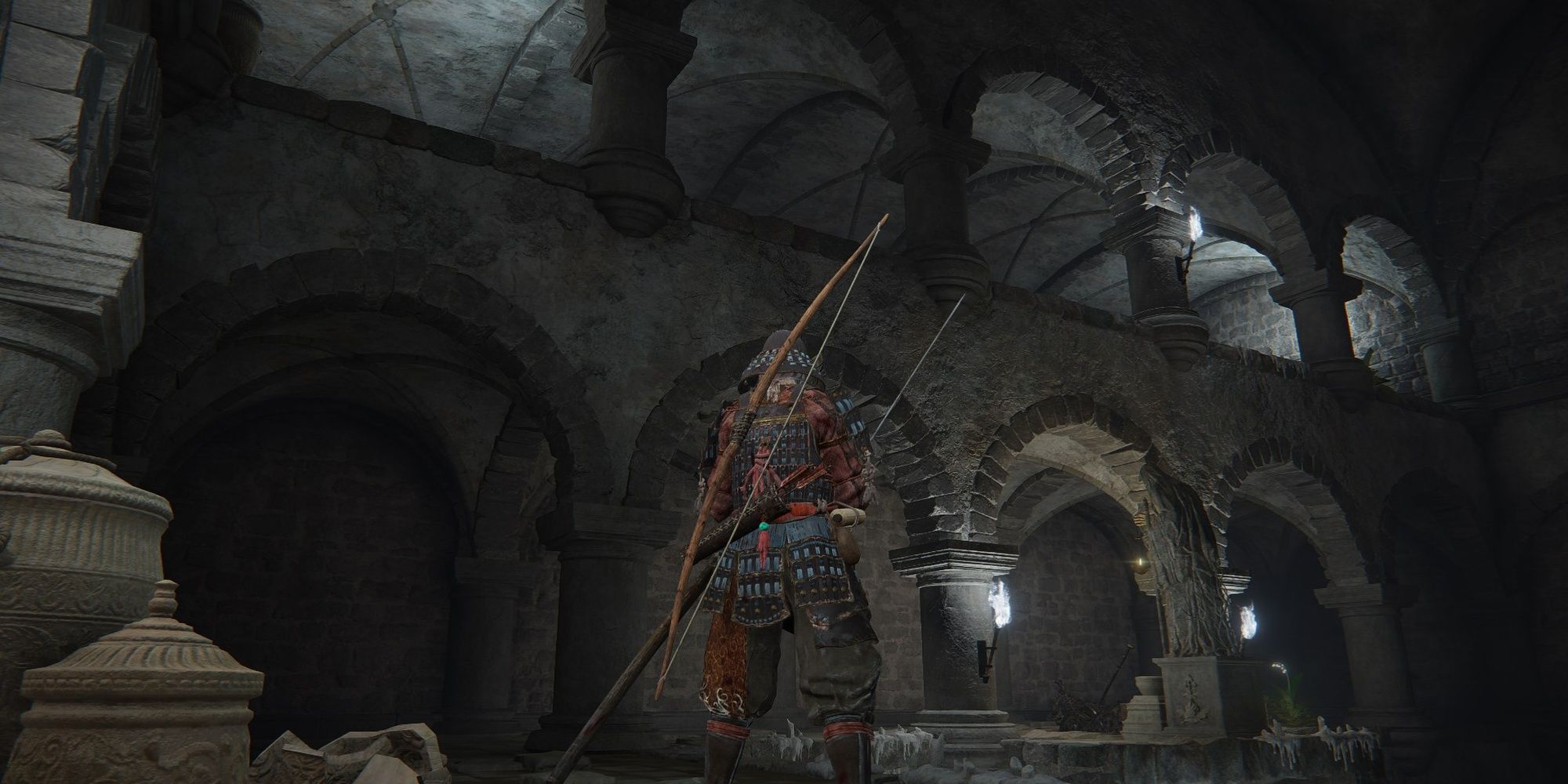 The Dark Souls series is known for featuring hidden paths that can only be accessed by hitting illusory walls that will disappear once struck, revealing the path. As Elden Ring is effectively Dark Souls’ spiritual successor, the game features them as well.

Illusory walls are far and few between in Elden Ring, which means you’ll likely spend a lot of time hitting walls looking for one, but rarely uncover one. In spite of their rarity, it’s hard not to actively search for them, especially considering much of the online community likes to place misleading messages in front of random walls to trick players into thinking an illusory wall is nearby.

6 Leave A Message For Others 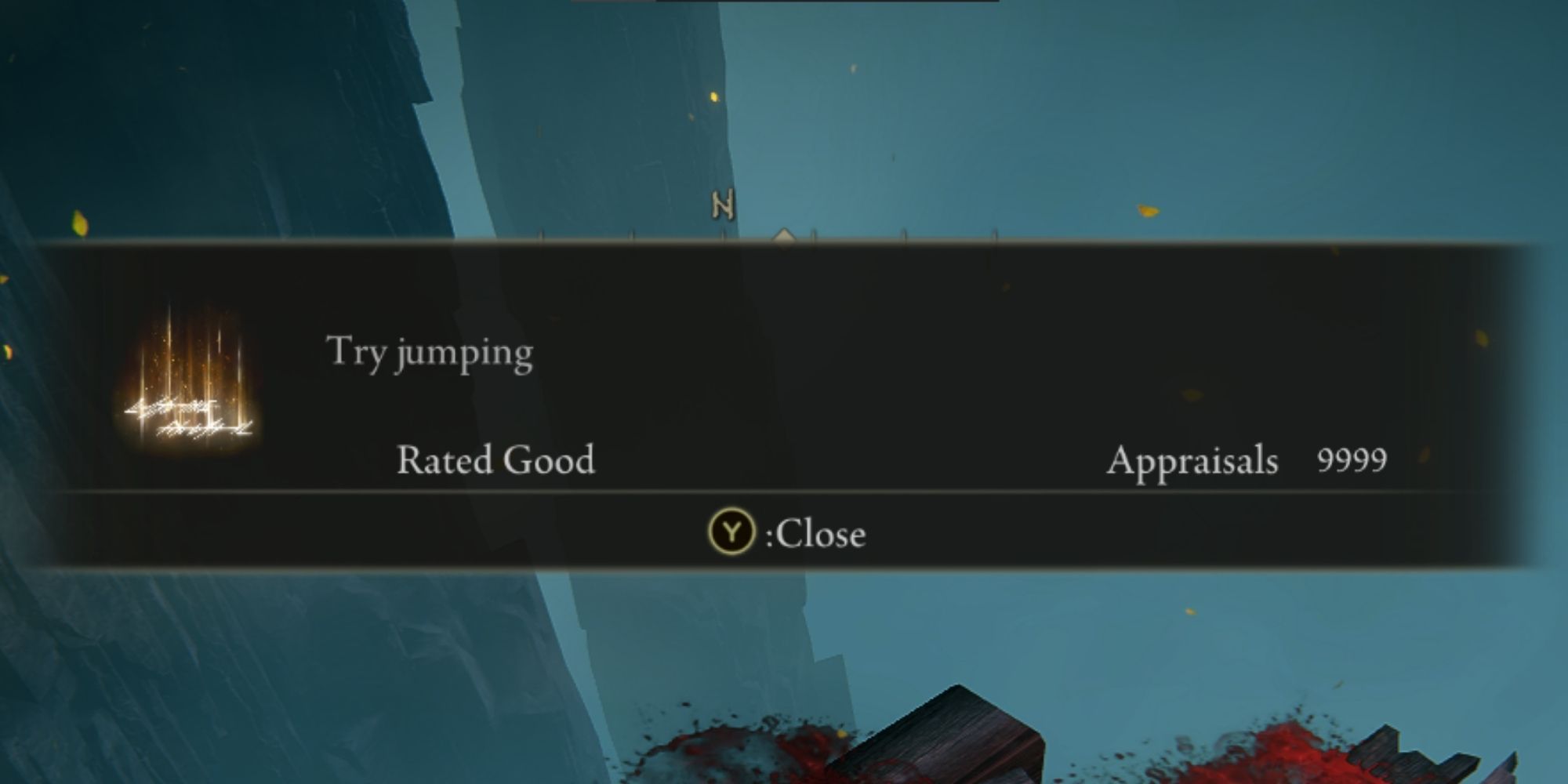 Elden Ring features Dark Souls and Bloodborne’s messaging system, which allows you to leave messages for other players to find in their games. Sometimes, these messages can be quite helpful; you might warn others of an impending boss encounter, an enemy ambush, or point out where a useful item might be.

However, messages can also be a way to express your sense of humor. Leaving behind messages joking about certain NPCs or areas will likely net you a decent amount of appraisals from the Elden Ring community. On top of the serotonin boost that comes from someone praising something you created, you’ll also recover a bit of health for every upvote your message gets. 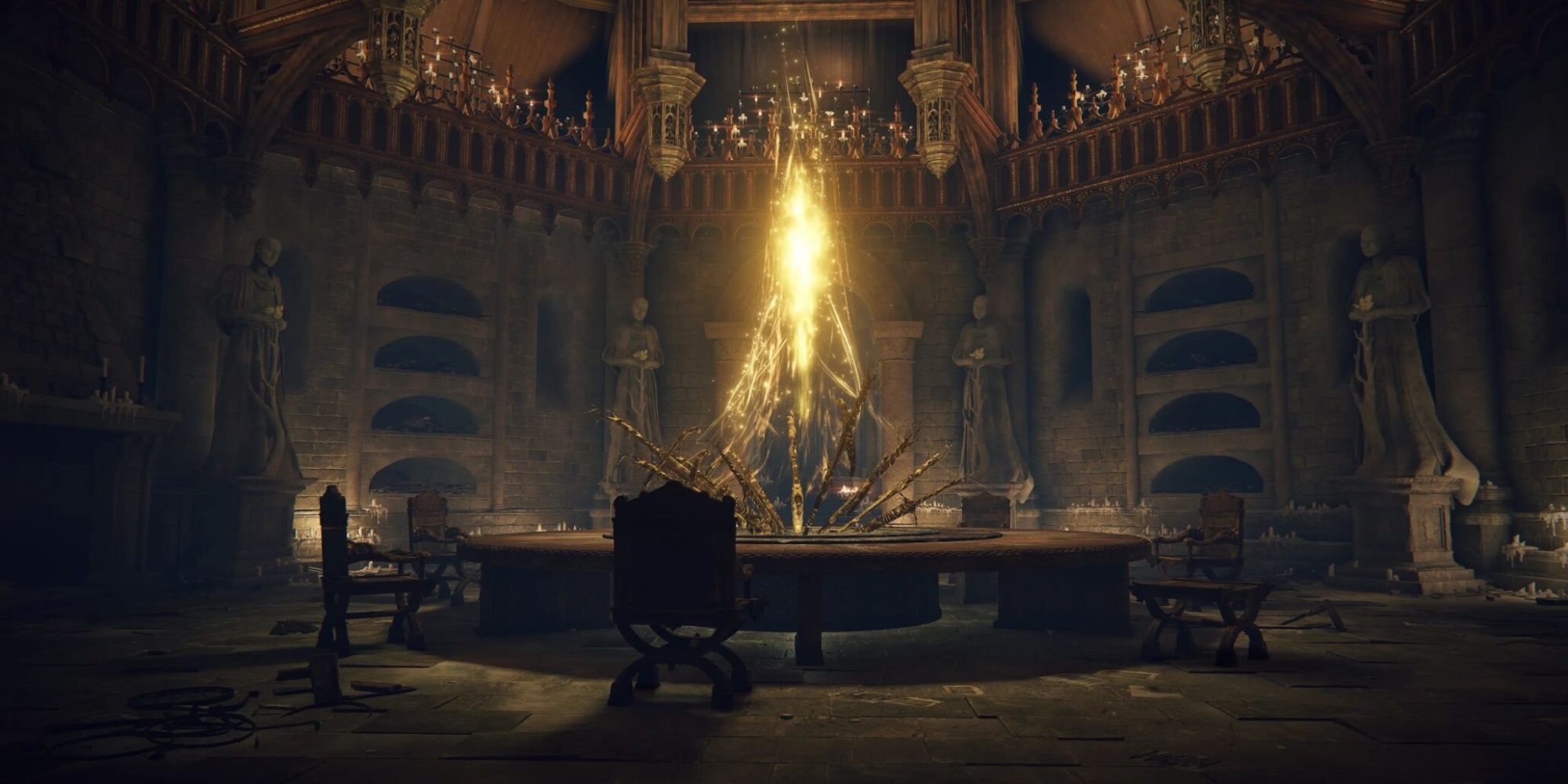 Roundtable Hold is Elden Ring’s equivalent of Firelink Shrine, previously featured in Dark Souls, and it serves a safe central hub area for you to hang out and talk to NPCs. When you first arrive, you might feel inclined to explore every inch of this area, and in doing that, you’ll certainly come across Mad Tongue Alberich, an NPC invader who shows up whether you’re online or offline.

Alberich is not an easy foe to fight, and many have had a fair amount of trouble facing him. His powerful scythe and frostbite attacks are capable of killing you with only a few hits. However, upon defeating him, you do get the Taunting Tongue multiplayer item, allowing you to access more of the game’s multiplayer functions.

4 Forget About The Main Quest 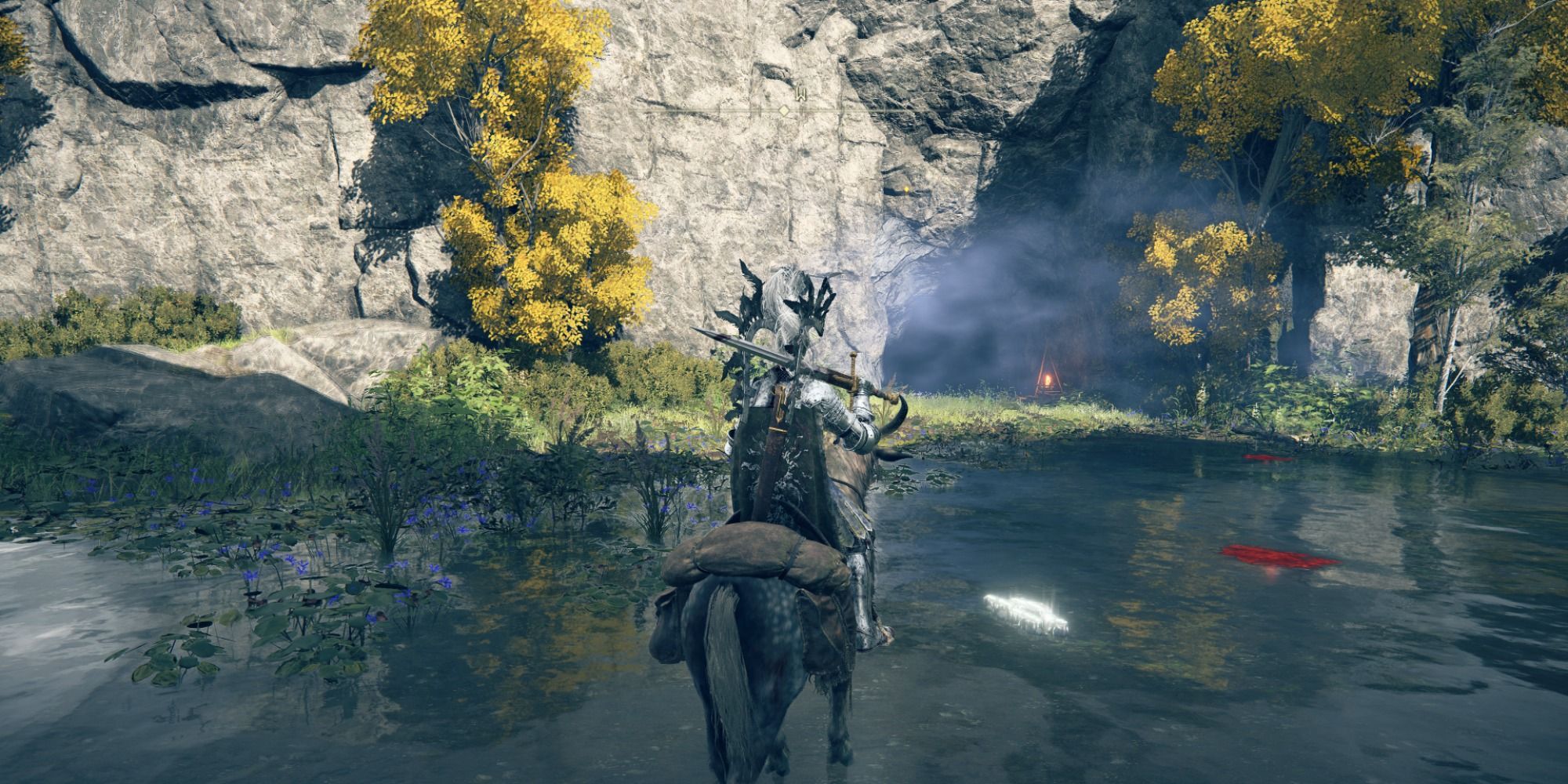 While there is a main quest to complete in Elden Ring, you’re in for a bad time if you just try to mainline it. Instead, you’re encouraged to explore as much as possible, and in doing so, it’s very easy to get caught up in so many side activities that you just forget about your central objective of becoming the next Elden Lord.

Evergaol fights, dungeons, and NPC quest lines are all more than capable of pulling you off the main path, but they're usually worth it, especially considering you're likely to obtain some high-quality loot from them. 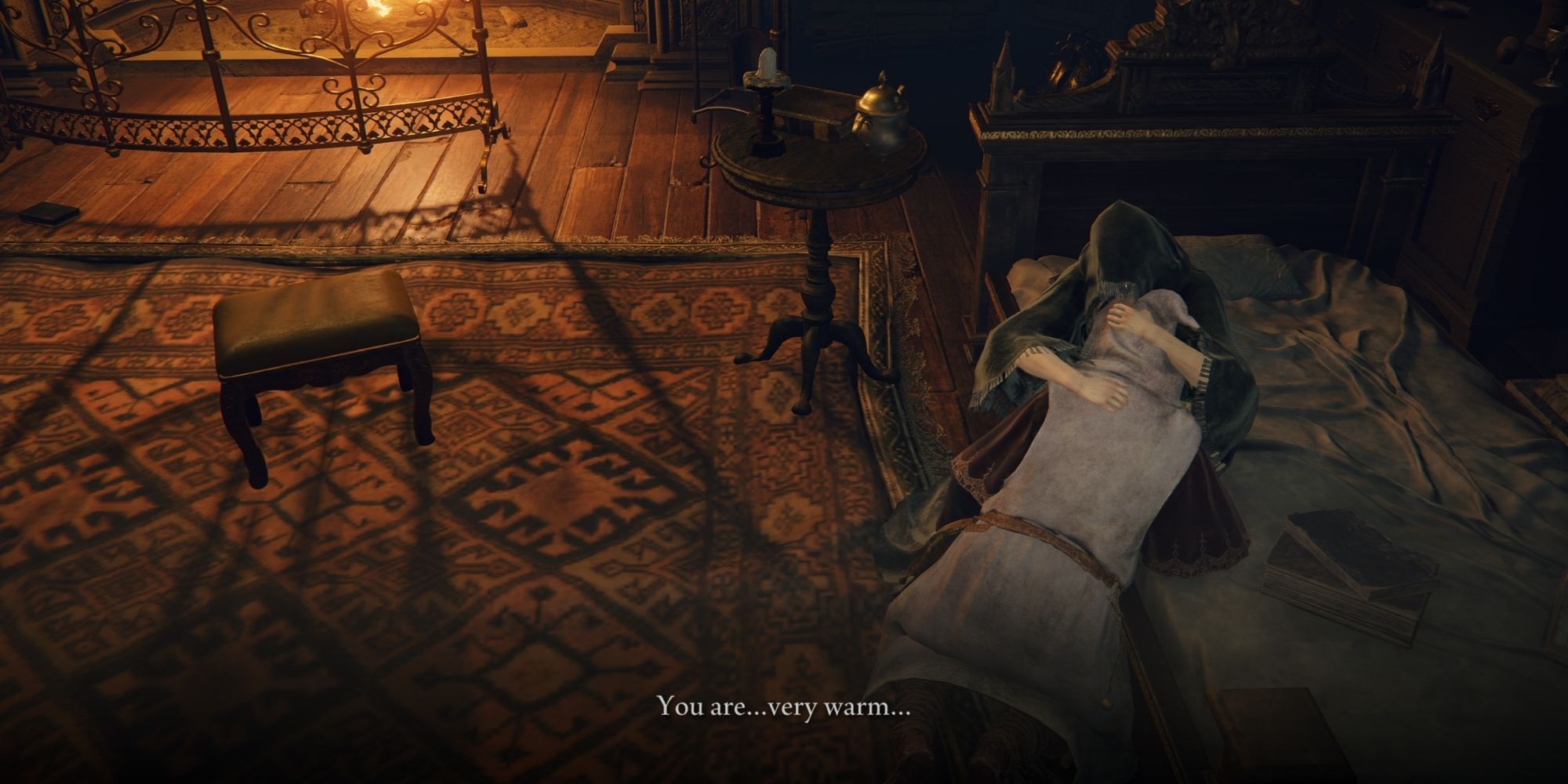 In a world as deadly as The Lands Between, kindness is a rare commodity. When one unusually welcoming NPC, Fia, offers to hold you in Roundtable Hold, it's hard not to say yes. What's the harm, a hug can't hurt, right?

While she does give you a useful poise-boosting item following her embrace, she also gives you a slight debuff that reduces your max health by about five percent, which consequently means you're more likely to die from fewer hits. Leave it to FromSoftware to make a game where a hug can be harmful. 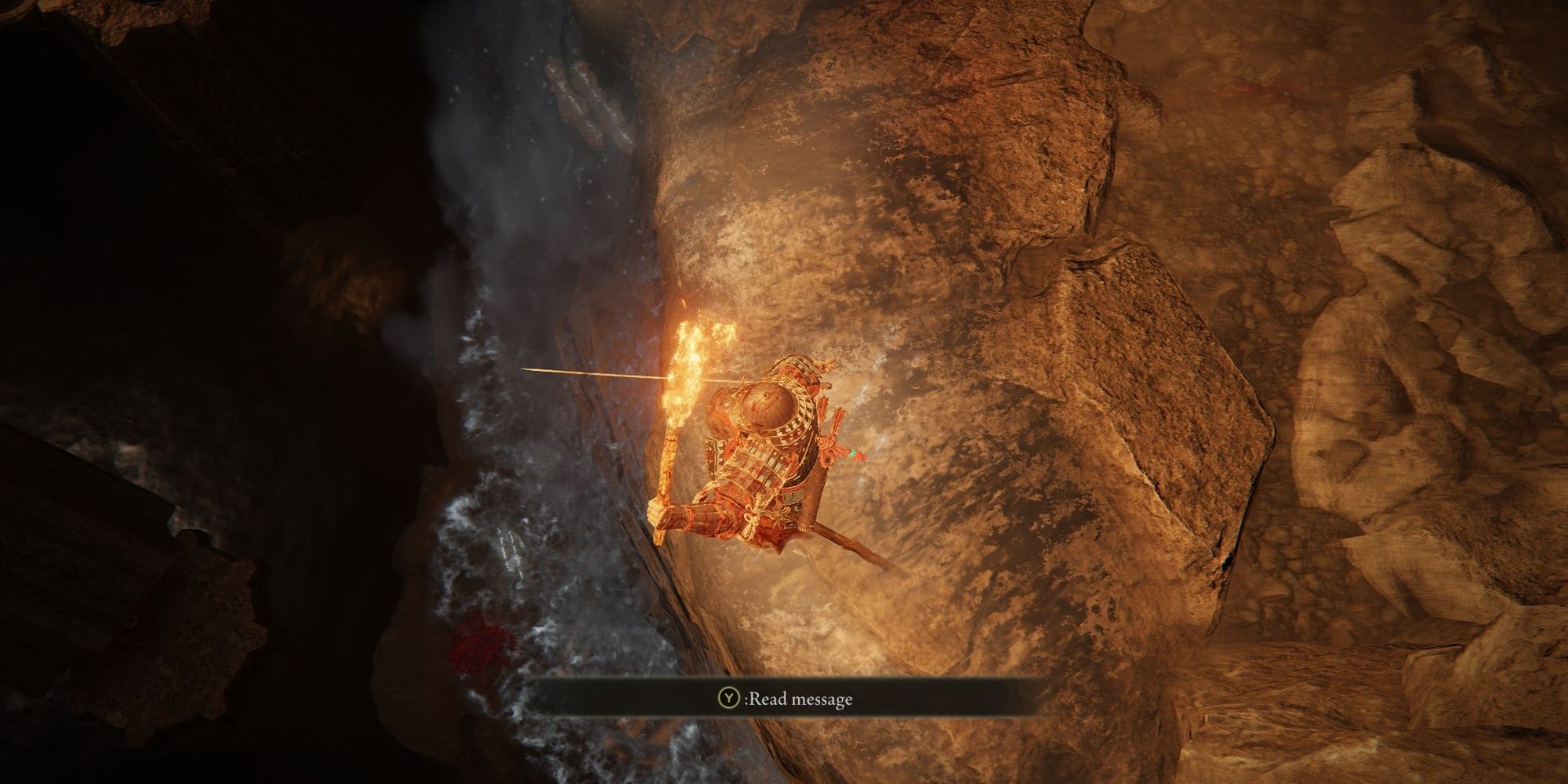 Elden Ring has fall damage, and trying to judge it can be a hassle. Sometimes you’ll land without a scratch after a seemingly long fall, but add another foot to the height you’re falling from, and you’ll either take a decent bit of HP damage, or simply die outright.

This is just as possible on your horse as it is on-foot. It’s especially frustrating here because of a short delay between when your horse lands and when you die that makes you think you might have survived the landing.

1 Summon A Friend Or NPC 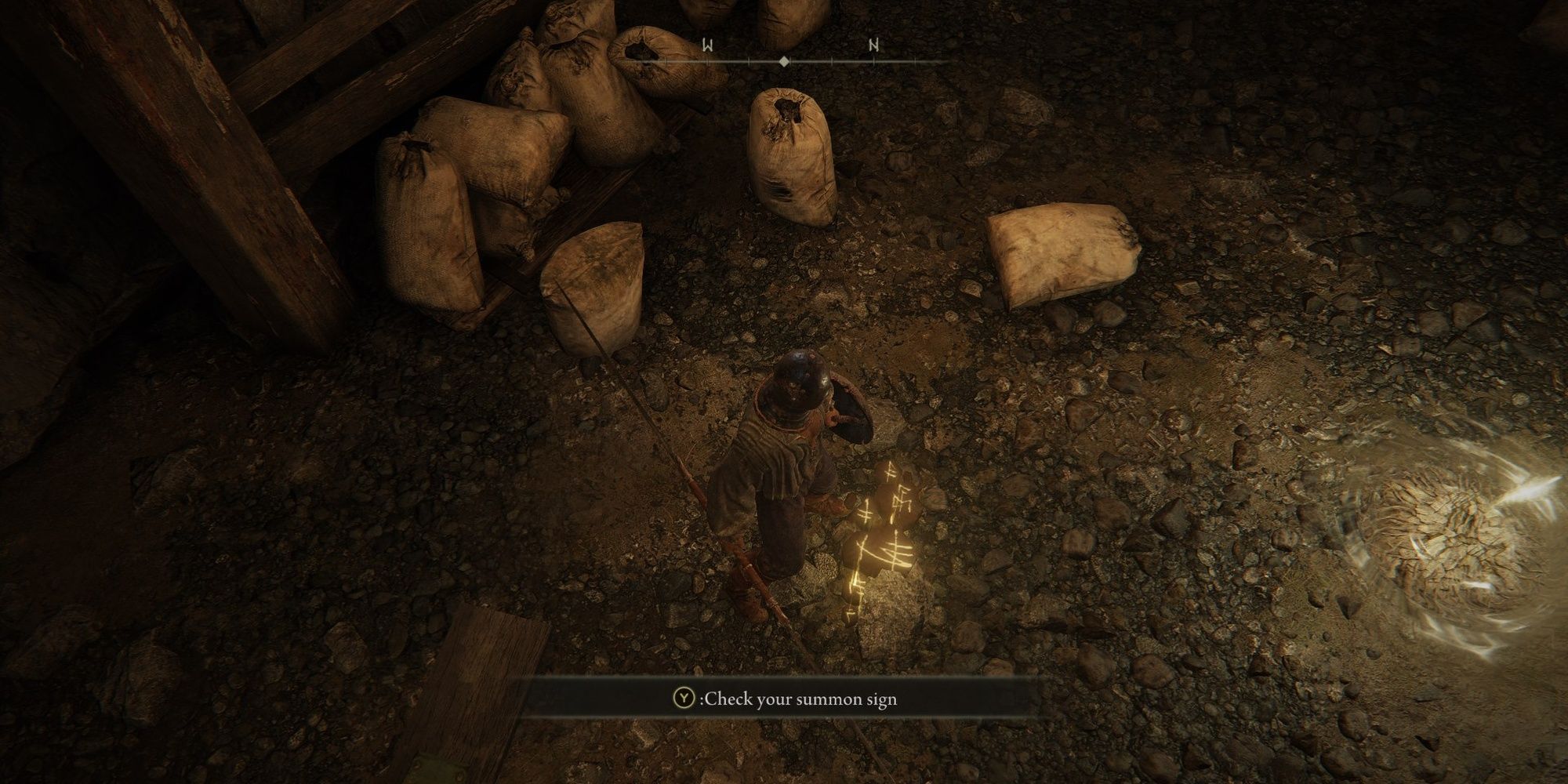 This game is very tough, but you don’t have to go it alone. Throughout the game, you’ll obtain various spirits that you can summon using an enchanted bell, as well as summoning signs that can be used to summon other players into your game for a helping hand.

Both of these types of summons can help greatly when facing off against the game’s brutally difficult bosses. As such, it’s no surprise that many make liberal use of summons to progress through the game. Most enemies can only target one thing at a time, which opens them up to attacks from whichever ally isn't being targeted.