Volcano Cave may be hard to find at first. Mt. Gelmir is a confusing portion of the map in Elden Ring because the visual map can't show you exactly where you need to go to reach certain areas.

Reaching the cave involves climbing ladders on the sides of a large mountain past Hermit Village. You'll run into multiple demi-humans and nobles before you can make it safely inside the dungeon. This cave system is relatively small and easy compared to others because it is short. 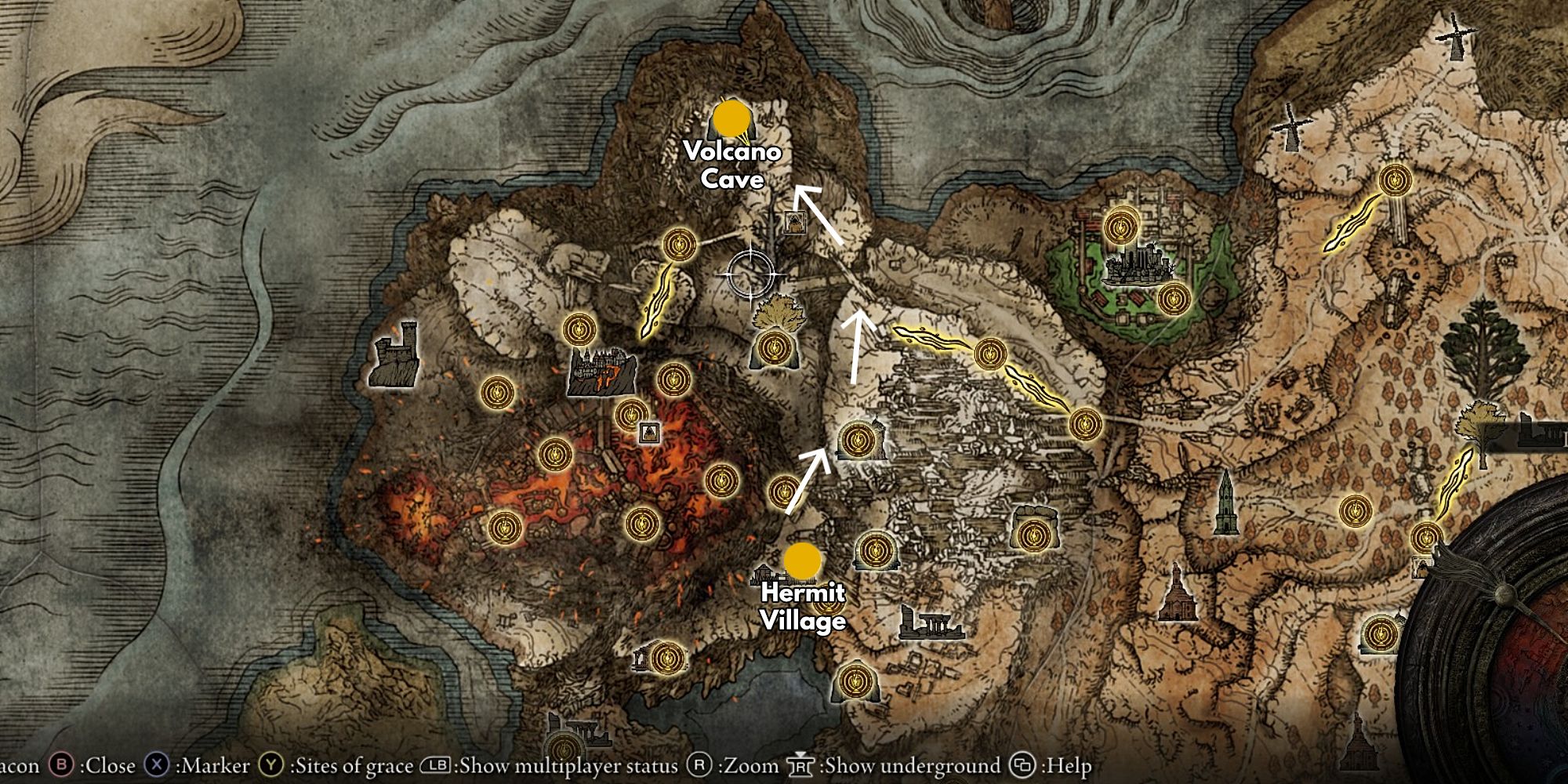 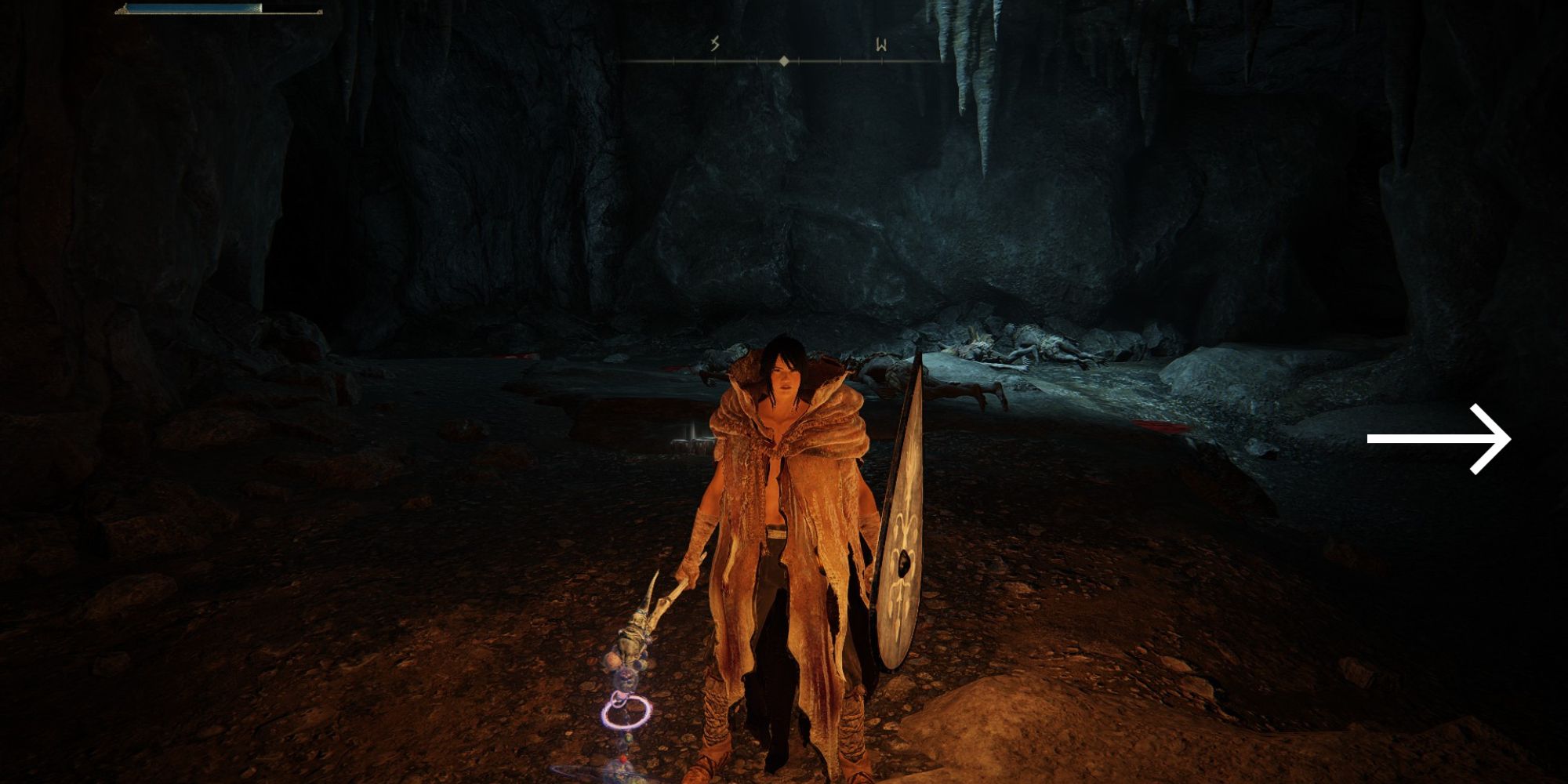 Immediately past the summoning pool statue will be a few demi-humans sitting in the middle of the cave. You can take them out swiftly since you're given a large space, and they are minor enemies. You may also successfully range-attack them without them aggroing onto you since they are just sitting down and faced away from you.

Upon defeat, it will look like there are three different ways to go. In front of you is just a ledge. You can go left or to your immediate right, where there is another tunnel entrance in the dark corner. Both paths loop together. You want to head down the right side path instead, as it allows you to sneak up against every enemy instead of getting ambushed by them. 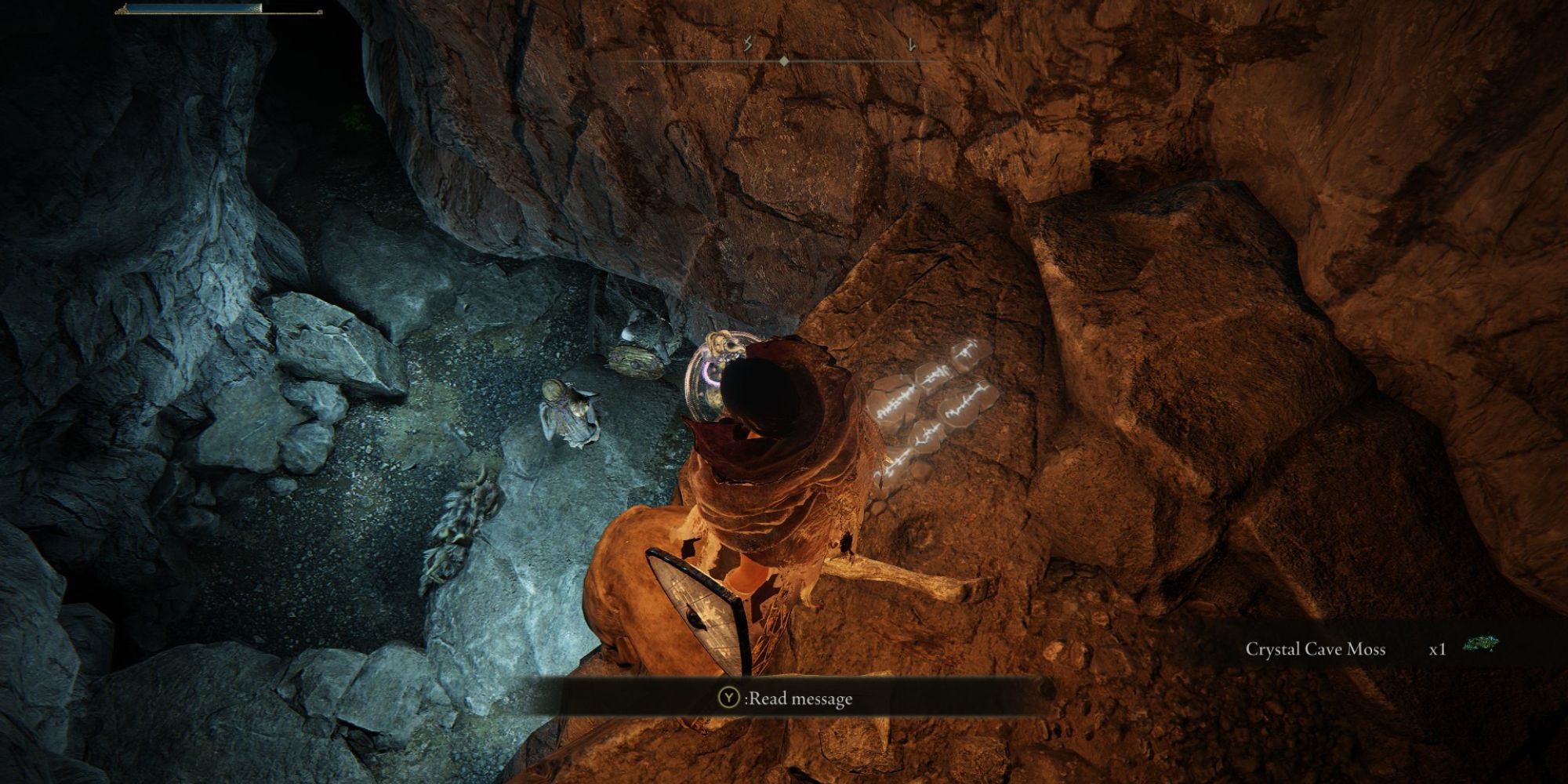 Jump down the ledge after collecting the Golden Rune and bombard the small demi-humans below you. You'll notice that there's another ledge to jump down and meet a larger, tougher demi-human. Before doing this, turn around. 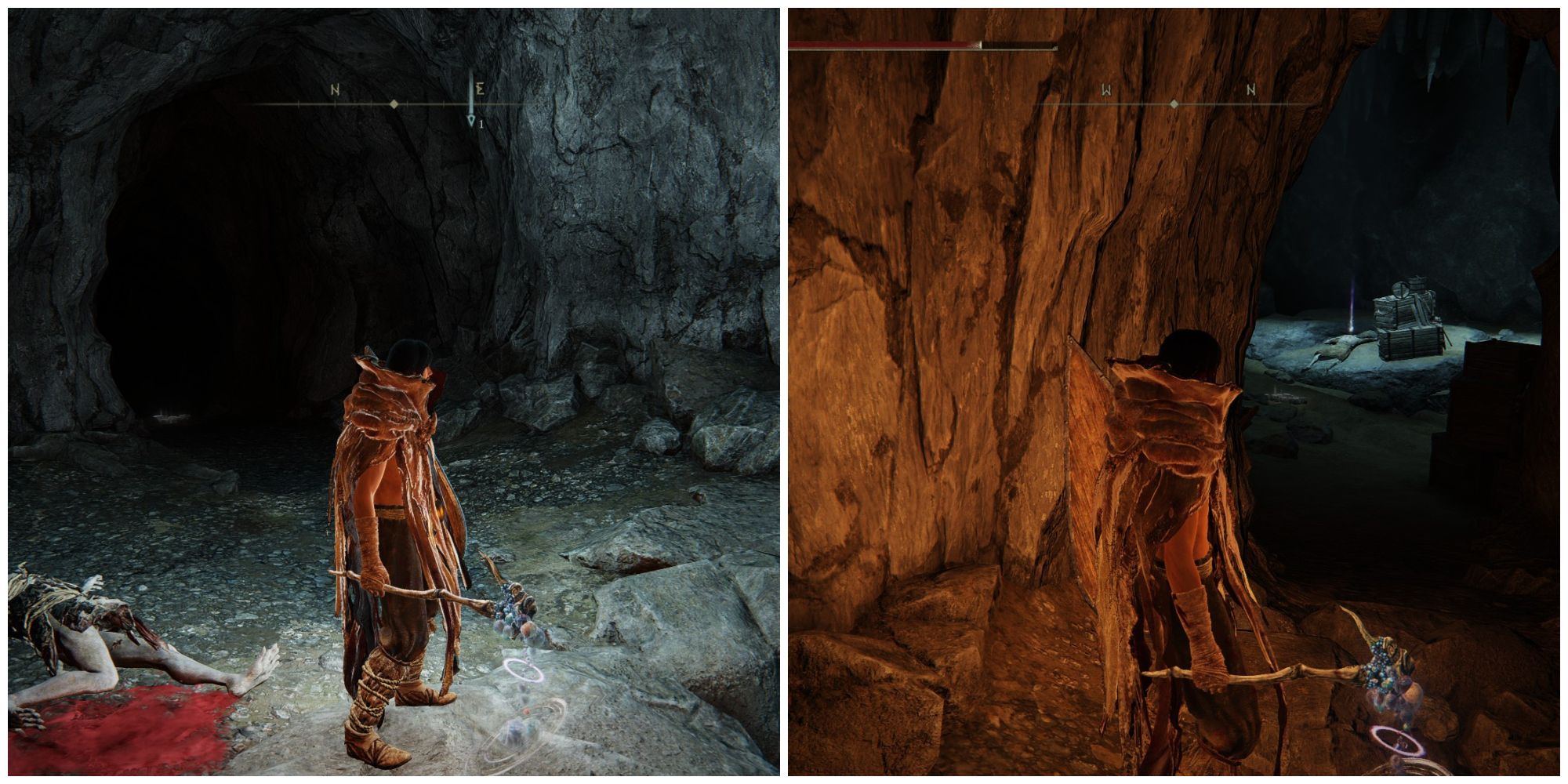 Enter this tunnel. It will lead you to a room with demi-humans hiding on every side and a few items to loot.

Return to the ledge. With ranged damage, you can get some free hits off of the monster below. 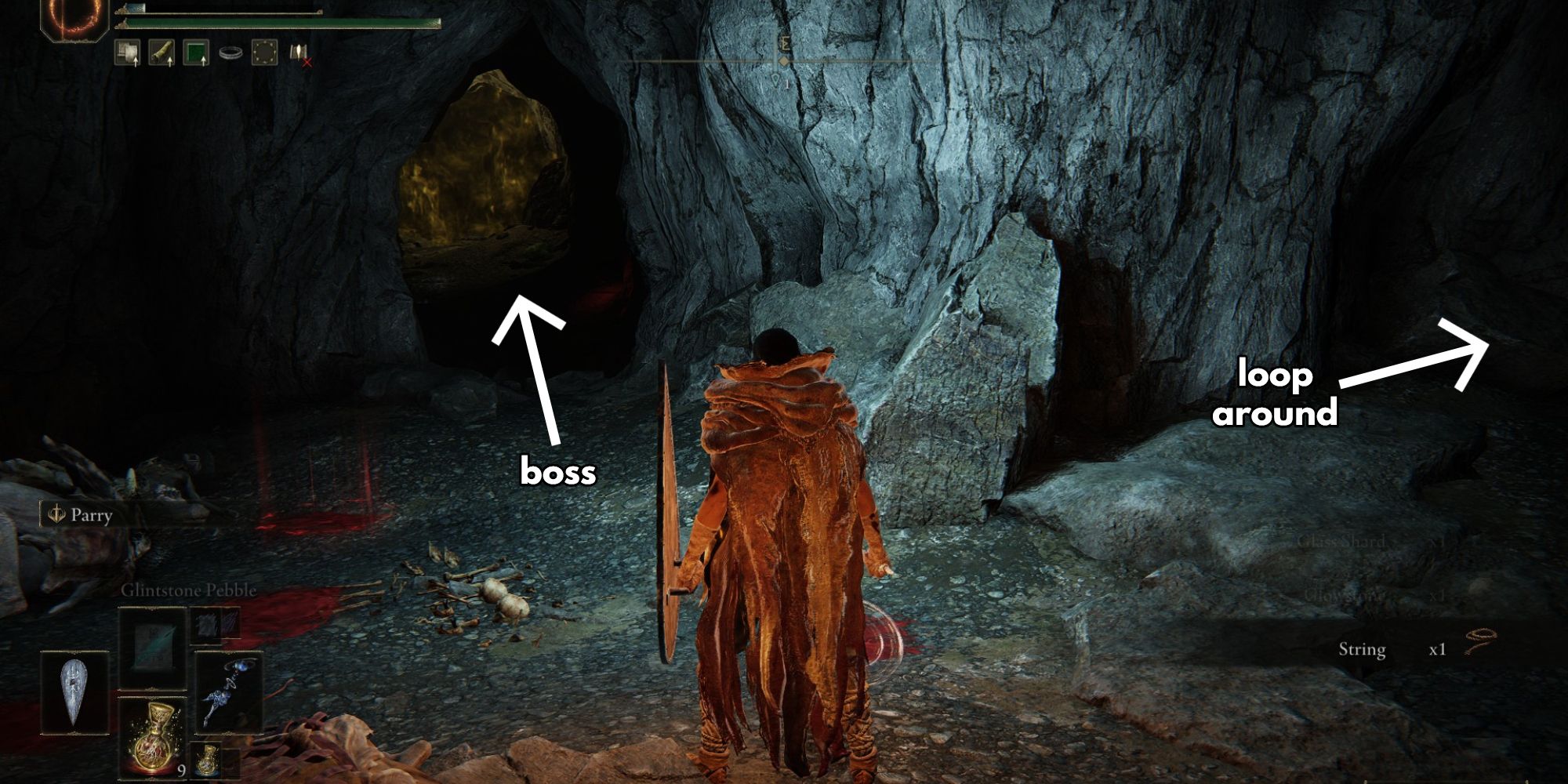 Below, to your left will be the boss fog wall. To your right, a small demi-human will surprise attack you and then the tunnel will lead you to the beginning area.

This is all there is of the Volcano cave. Both paths loop around to this beginning area, so return to the fog wall and get ready. 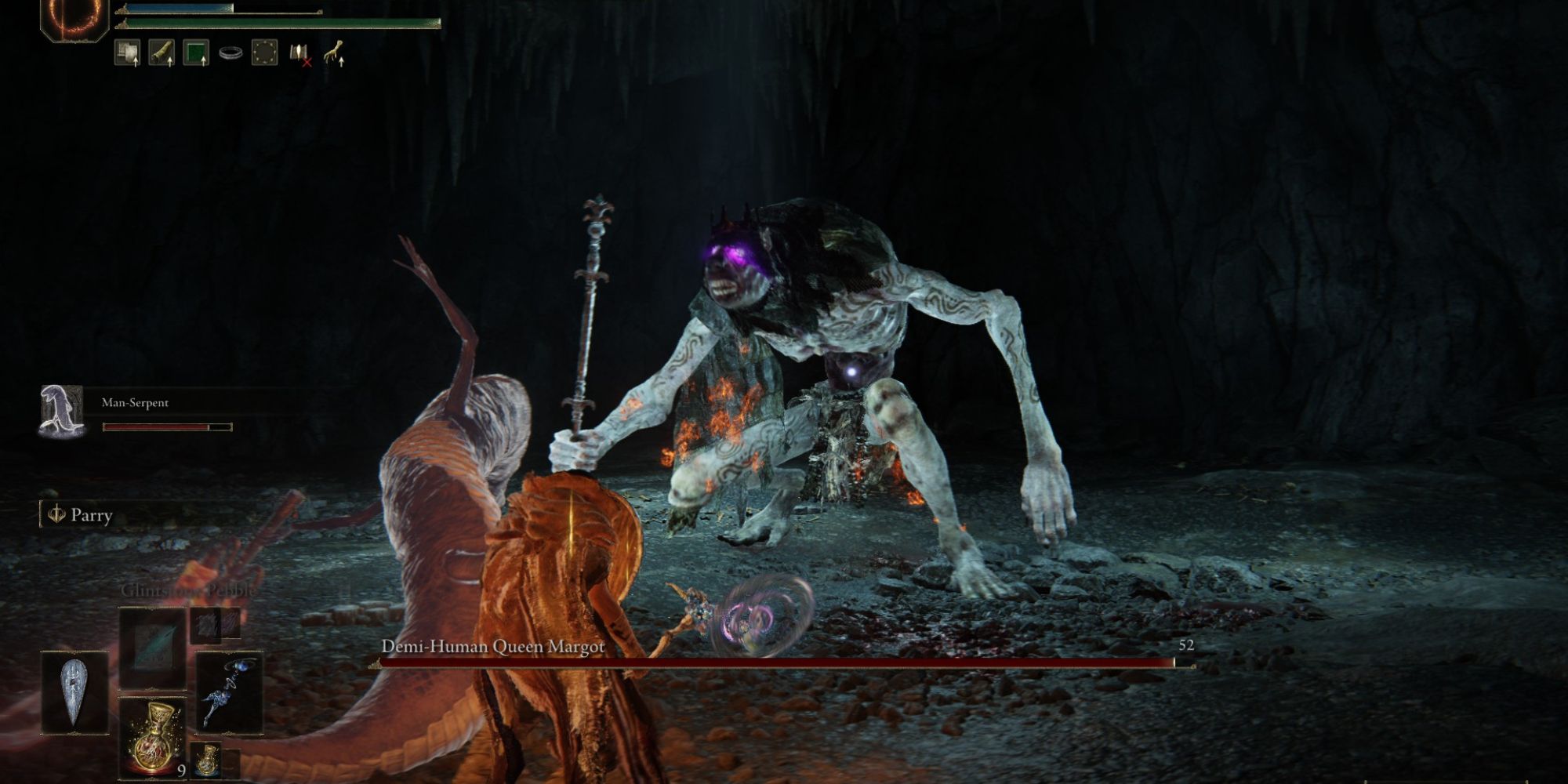 If you stay farther away from her, you'll get those fire attacks more. You're better off rolling into her crotch area and staying under her legs, inflicting melee damage. After a certain amount of damage is done to her, she will throw her weapon away and just start lunging and jumping around, making it even harder for mages.

As always, if you're a mage you can summon little guys to distract the boss so that you can get some casting time and deal the most of your Intelligence damage. It will be easier to get some sorcery in before she gets rid of her weapon. Once she does, you may want to switch methods. If you're a mage and melee isn't your strong suit, it's always a safe bet to keep a small to medium shield on hand for when you have no other choice. While figuring out a time to strike or if you're simply scared, keeping your shield up will save you 99.9% of the time. If you don't have a decent melee weapon, fast melee sorceries like Carian Slicer and Carian Piercer will be good here.

As a melee fighter of any build, staying under her legs is all you need to do to defeat Demi-Human Queen Margot with ease.

Upon defeat, she drops the Jar Cannon weapon.