Elden Ring puts you in the role of a Tarnished, and their journey through the Lands Between to become an Elden Lord. To do this, you must explore every nook and cranny in these vast lands, where you must defeat countless enemies that await out in the open, in castles, or even catacombs full of monsters.

The War-Dead Catacombs are one of those dungeons with mysteries inside and a boss waiting for you at the end. After you defeat Starscourge Radahn, the arena will be yours to explore, and this shady place will be one of the various things to discover in that area. 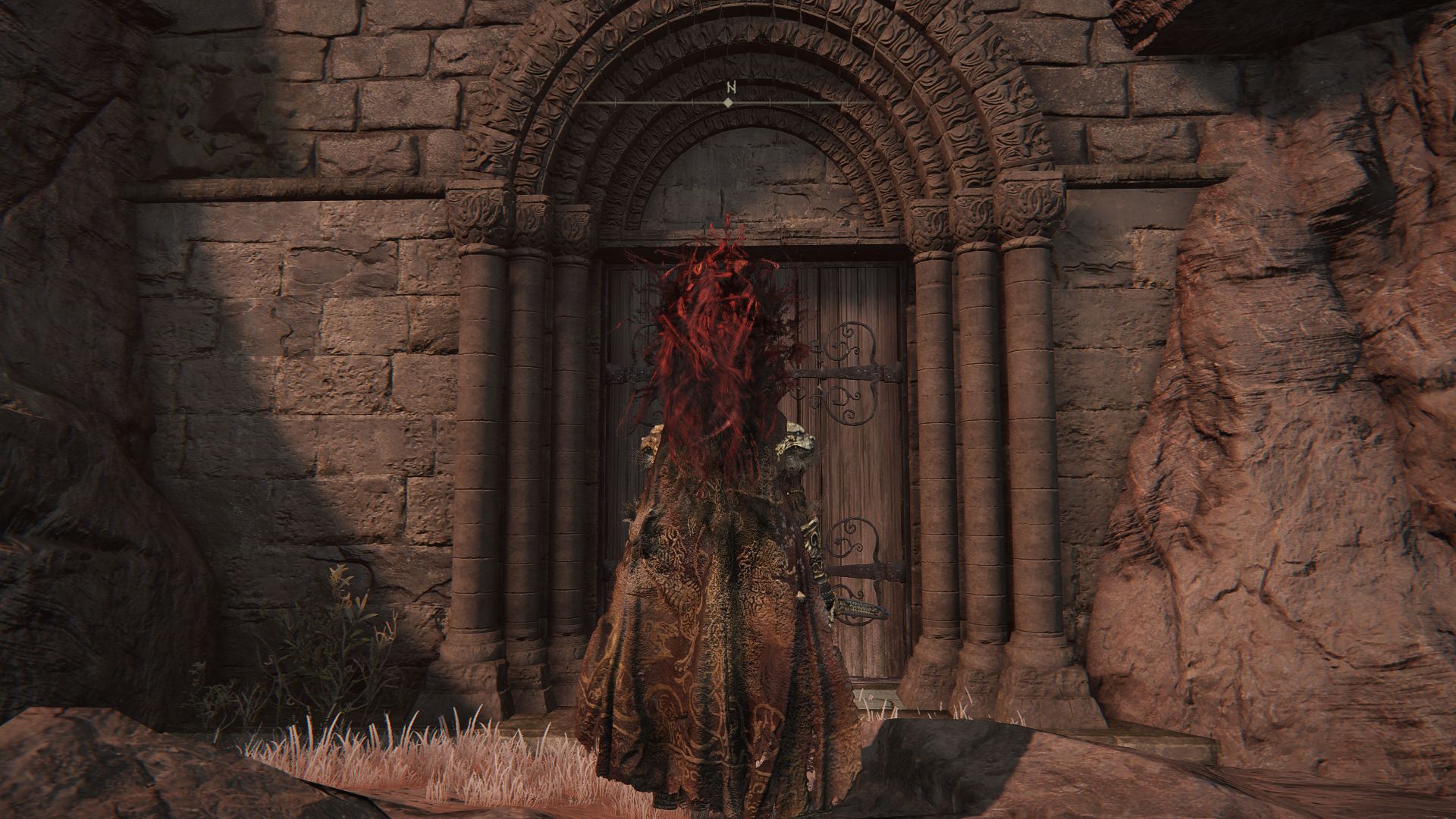 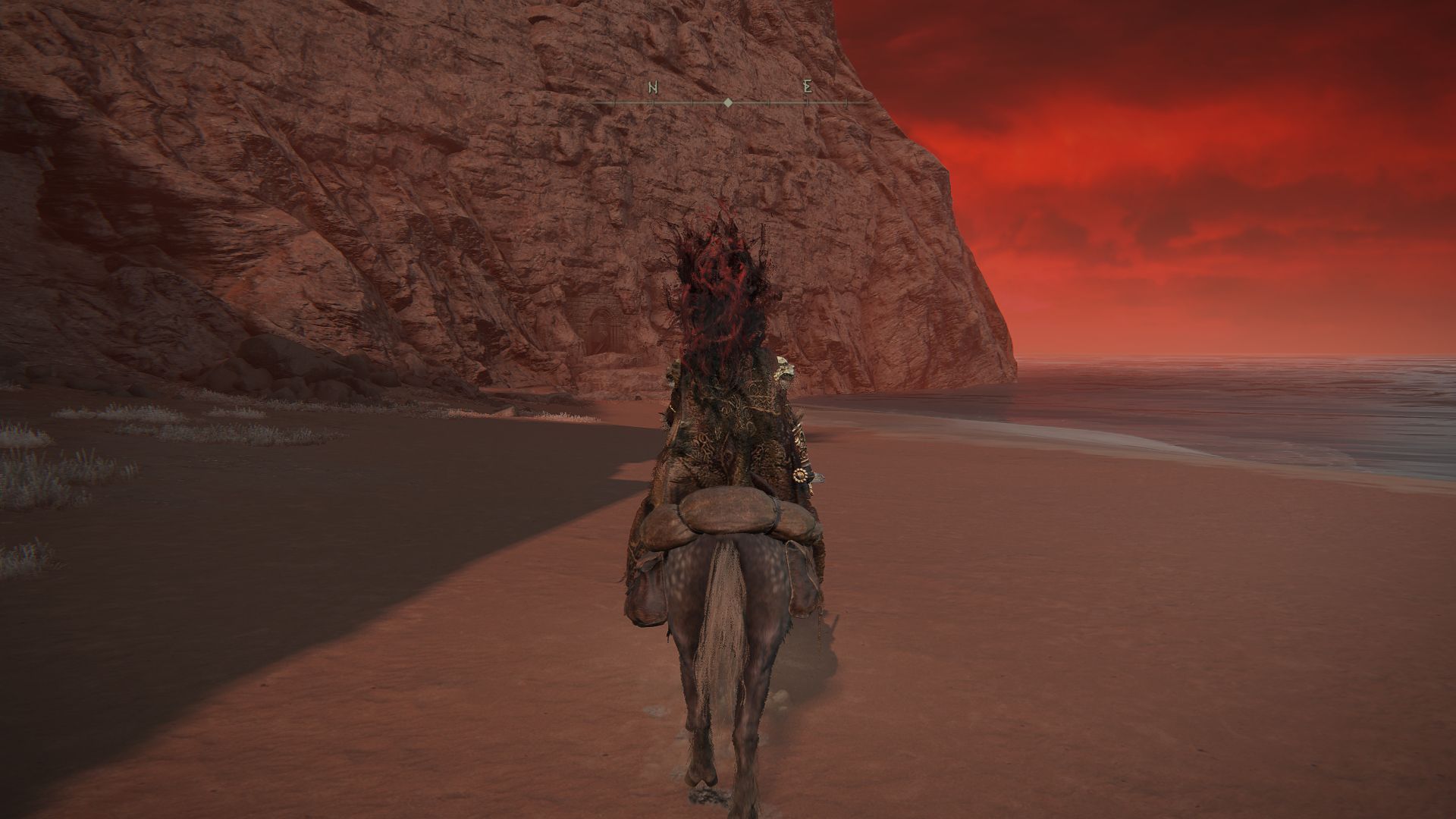 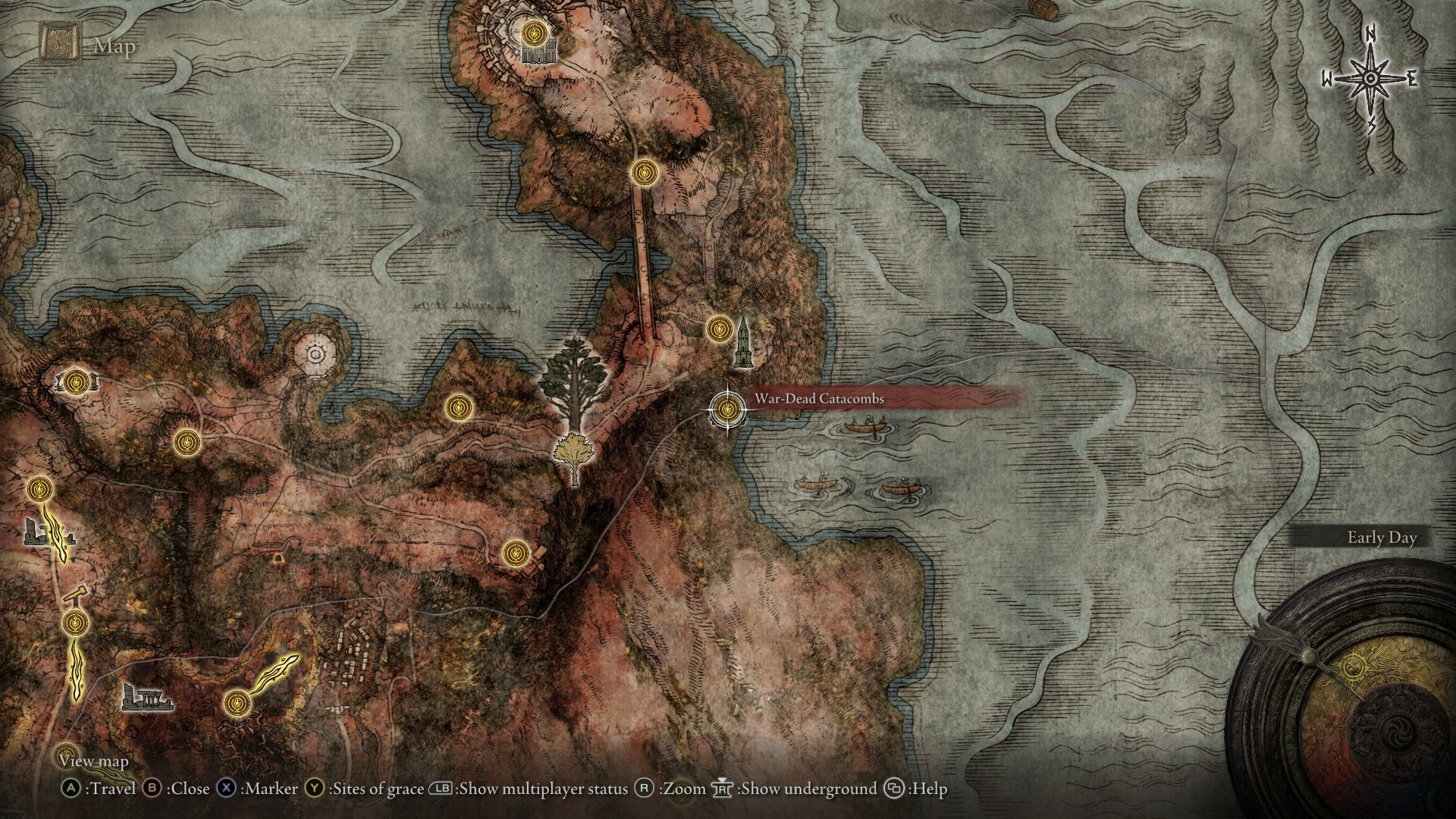 You can find these catacombs after defeating Radahn, in the very same area where the fight occurs. If you go to the northern part of this zone, you won't be able to notice it at first, but on the massive rock wall will be a wooden door. You just need to open it up to explore the War-Dead Catacombs. 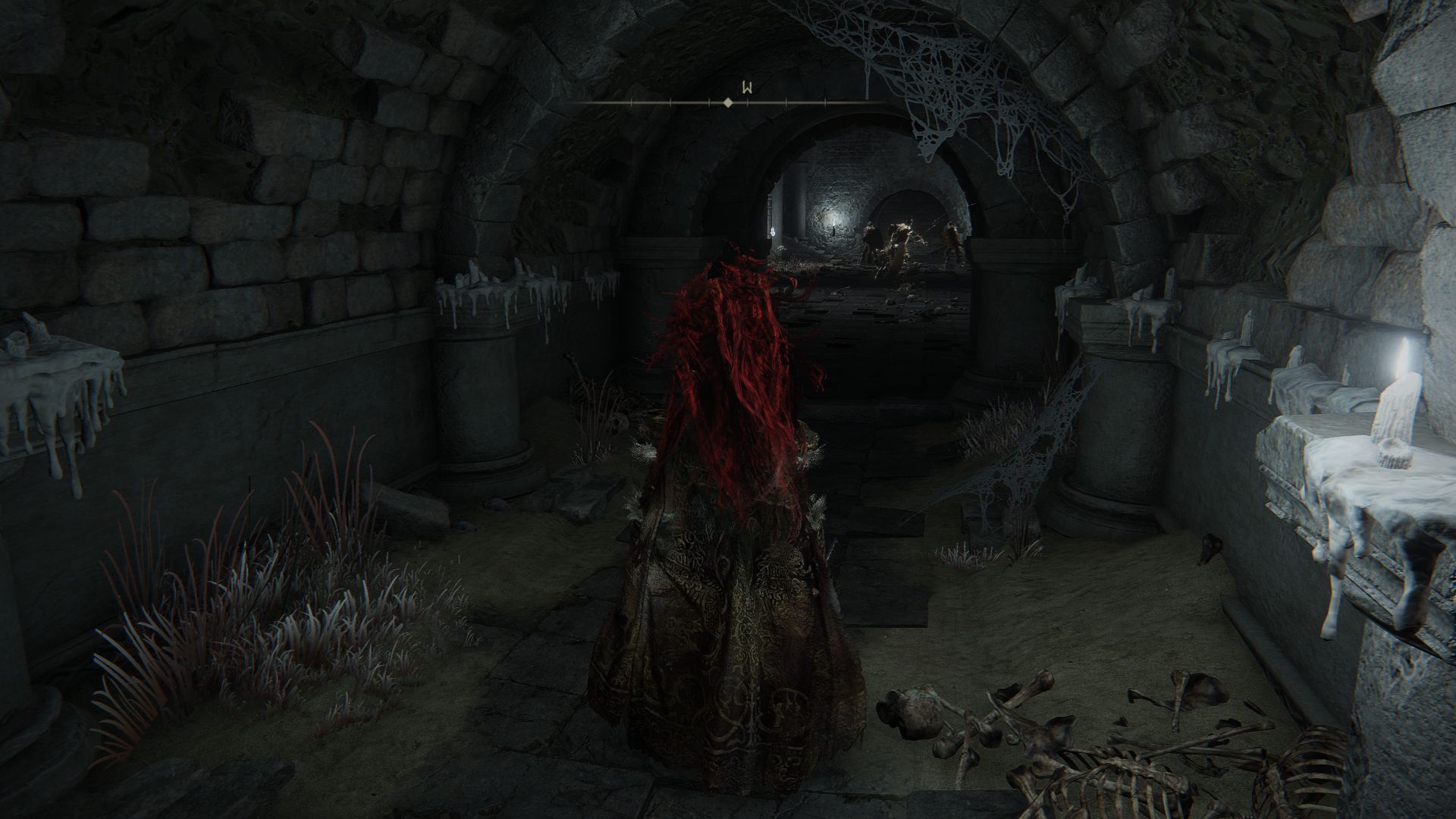 As you get inside, you will walk down some stairs and cross through a short hall, only to find a massive amount of Cleanrot Knight Spirits fighting each other in an open area. They are immensely strong and will vanish in and out of sight as they see fit, so your chances aren't great. The key in this situation is to ignore them completely and run past them to the end of the hall, where some stairs at your right will take you to the second floor.

There, you will encounter numerous ghastly soldiers across two more halls that can also use bows, so avoid as needed and keep moving on ignoring them, until you reach the second hall. You will see a tall knight in the distance in a praying position. Ignore him and jump through the window at your right instead. This will take you to another set of stairs, and following that path will position you behind a Cleanrot Knight that's focused on shooting at other people. Kill him as quick as you can and look at the Lever at your left that you must pull. Somewhere in the dungeon a massive door will open, and you must return to the first area where the soldiers were fighting each other, and this time you need to keep going forward downstairs to find a new passage open. 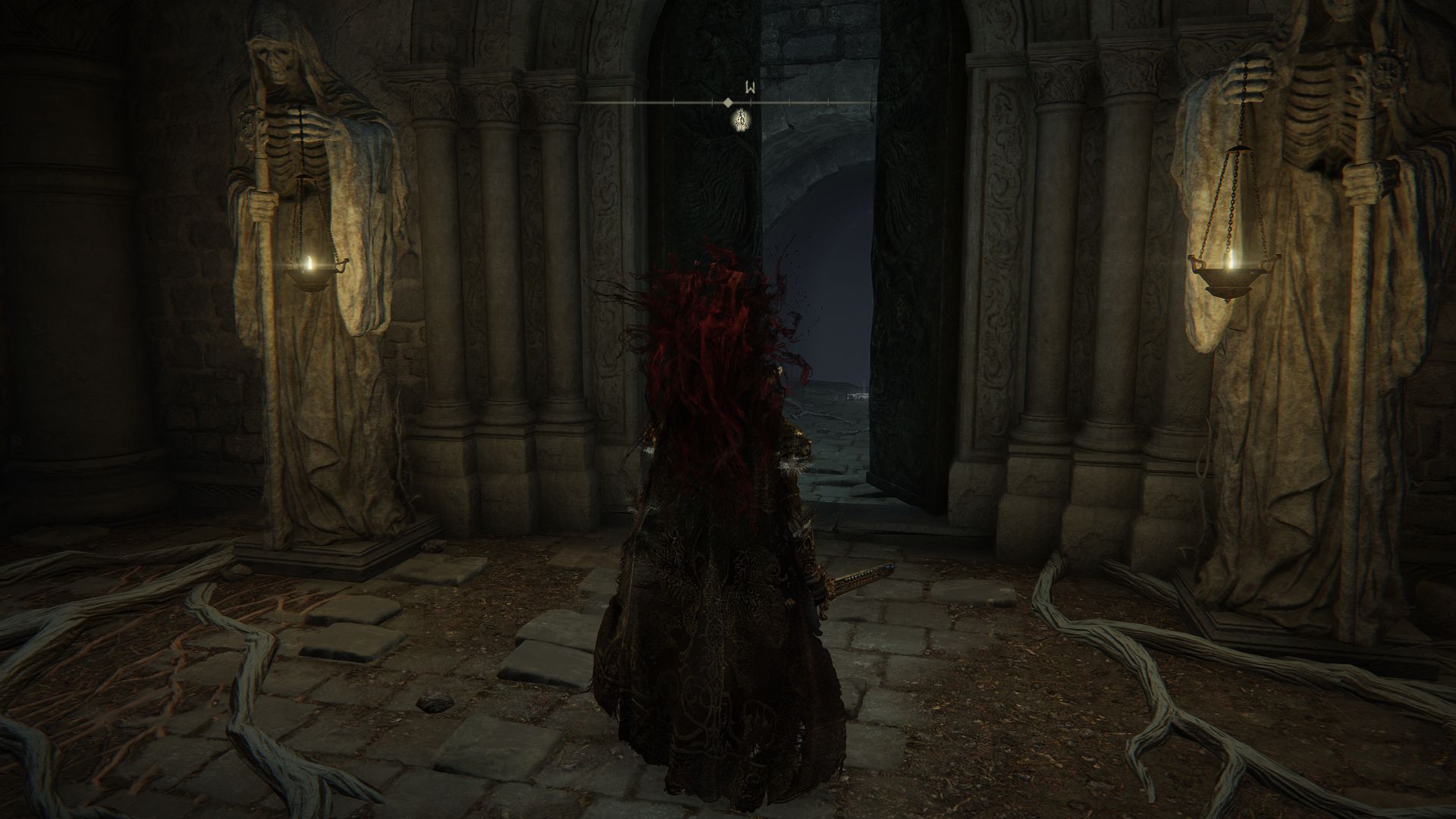 On the other side of that fog, a boss battle awaits. 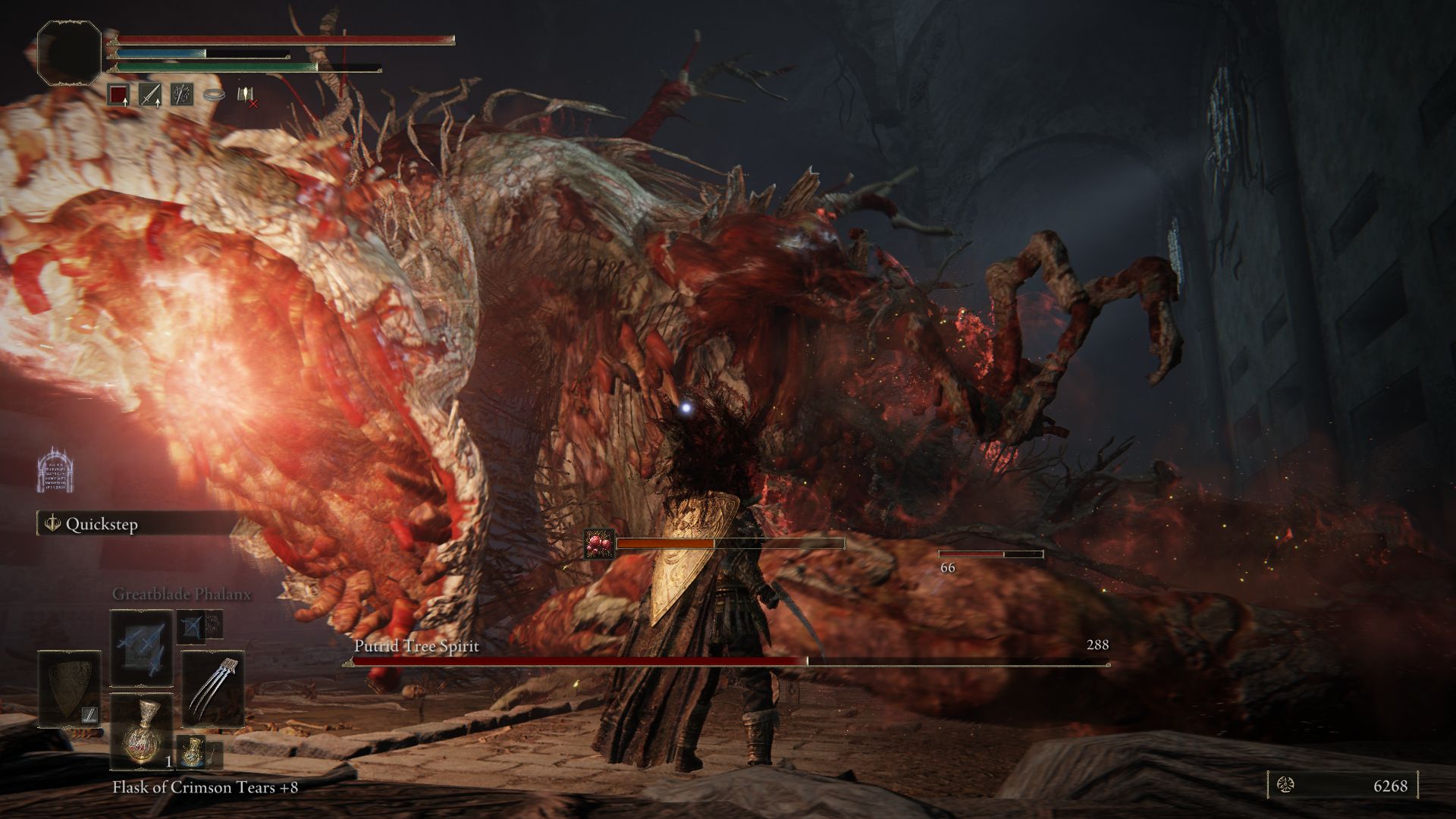 As soon as you enter inside the arena, the Putrid Tree Spirit will charge at you, and you must be fast and dodge accordingly, or you will be easily swiped out in the very first moments of this fight. Once you get your bearings in the arena, the fight will properly begin.

The Putrid Tree Spirit is a very large enemy that, in all honesty, hits like a truck. He has a large reach when he attacks using his head or tail, and given the size of the arena there isn't too much space to escape from these attacks, so you will have to rely on dodging, and don't even think about using a shield because your Stamina will disappear faster than your HP. On top of his physical movements, this boss will also shoot beams and AoE attacks that inflict Rot very quickly, so keep that in mind, or you won't survive too long.

The best strategy is to use weapons that can either stagger this boss very quickly, like the Starscourge Greatsword (which you should have at this point), or weapons that can chip away their HP very quickly by inflicting Blood Loss (I'm looking at you, Hookclaws). Keep in mind to read the boss' moves to dodge in time, be patient, make every attack count, and you should be able to defeat it. Defeating the Putrid Tree Spirit will award you a Golden Seed, the Radahn Soldier Spirit Ashes, and 67,200 Runes.