Elden Ring is an open-world game filled with areas as vast as the eye can see. The Lands Between is filled with bosses, weapons, and items players want to get their hands on. One of these items is Deathroot, a key item you can find in most areas. This is a rare item that you can exchange in return for Incantations, a Seal, and a weapon.

Some Deathroots can be tricky to find and require you to kill a Boss. Here is all you need to know about Deathroots in Elden Ring. 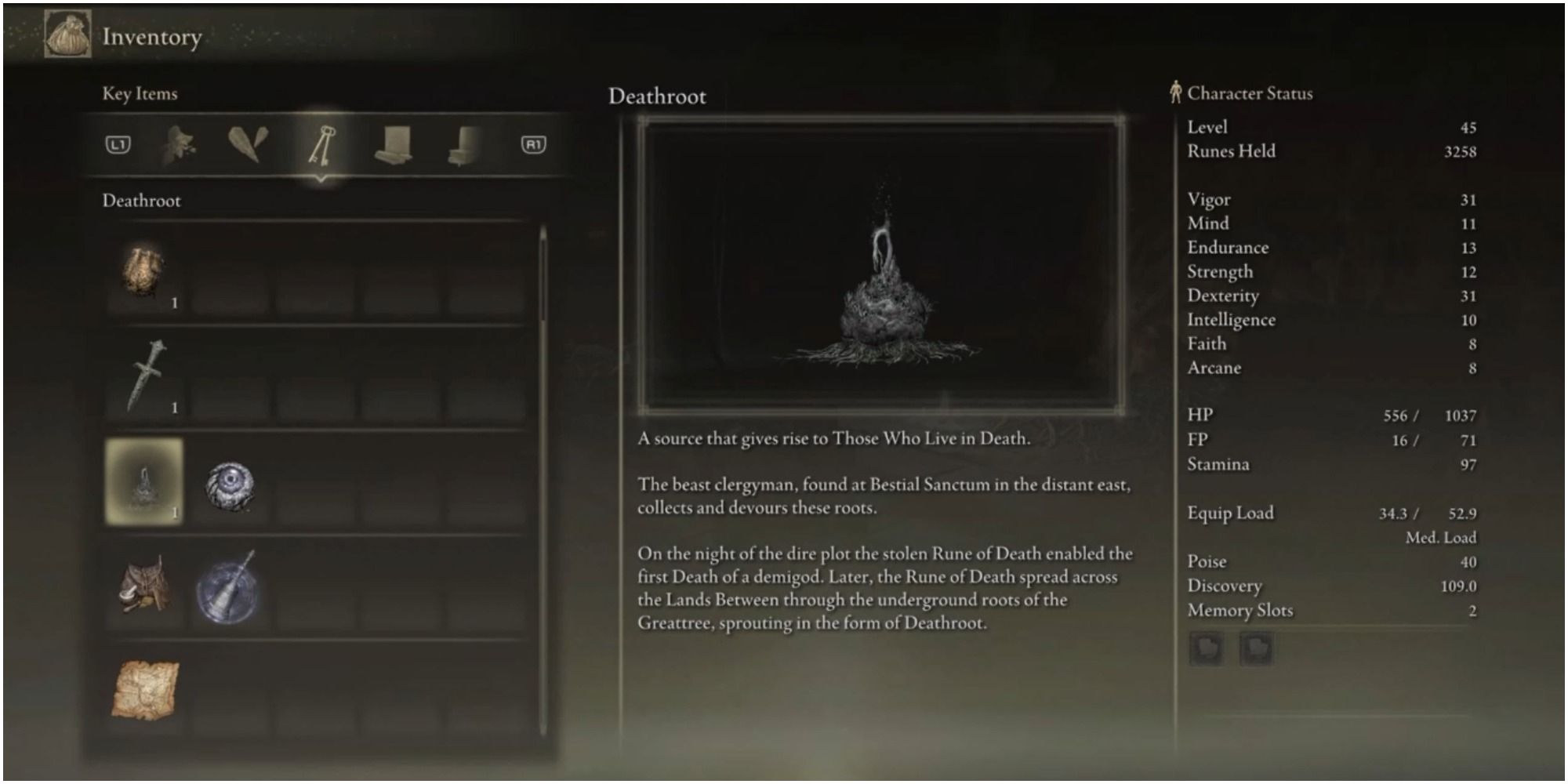 Deathroots are located in different areas and will require you to advance quite a lot in the story if you want to acquire them all. Following are the location of all Deathroots: 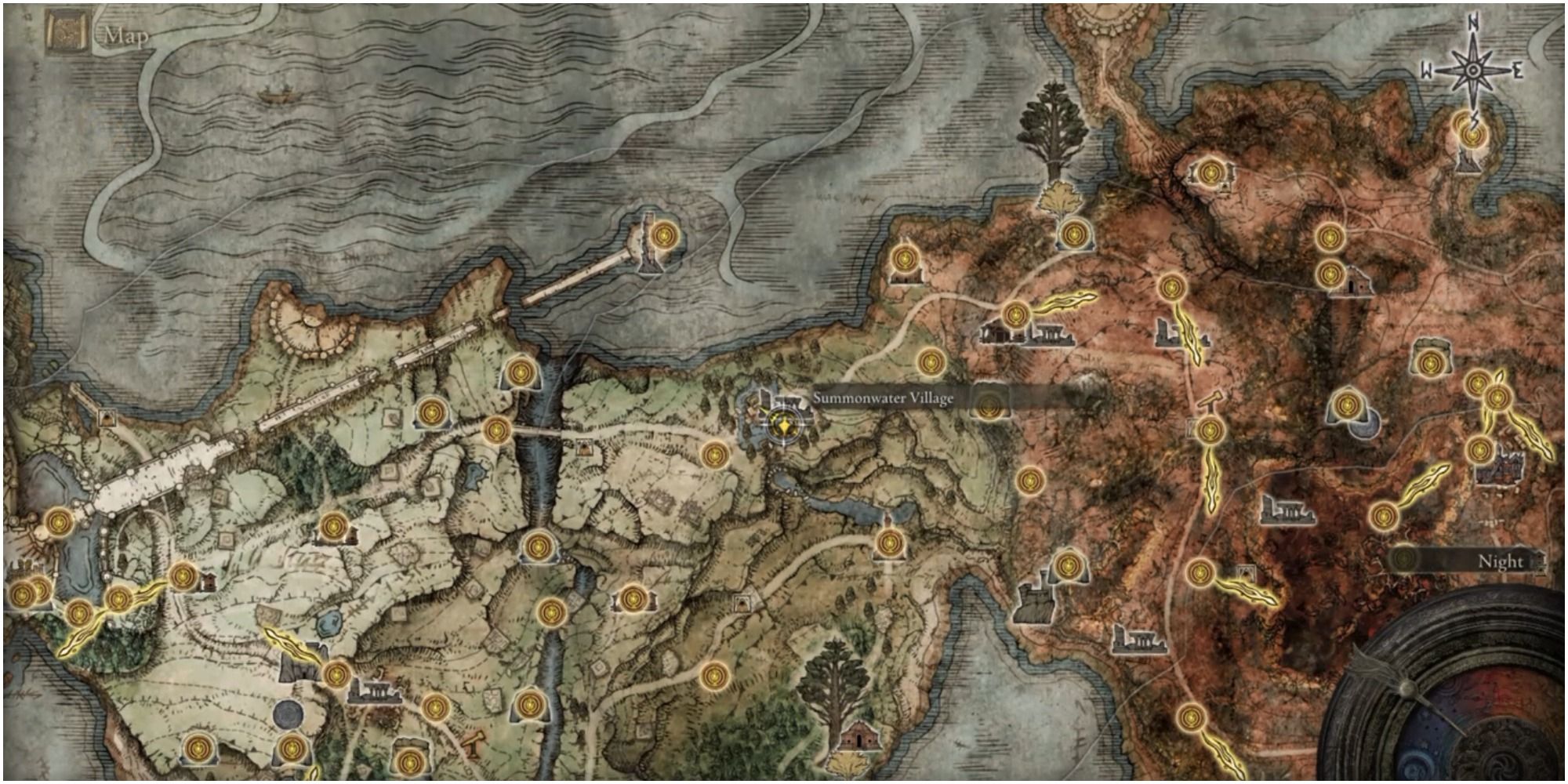 The first Deathroot you can find is in Summonwater Village on the northeast side of Limgrave. In the village, there is Tibia Mariner, a field boss that drops Deathroot. The fight is relatively easy as the boss has a limited number of attacks, and you can also summon online players or a Spirit Ash. 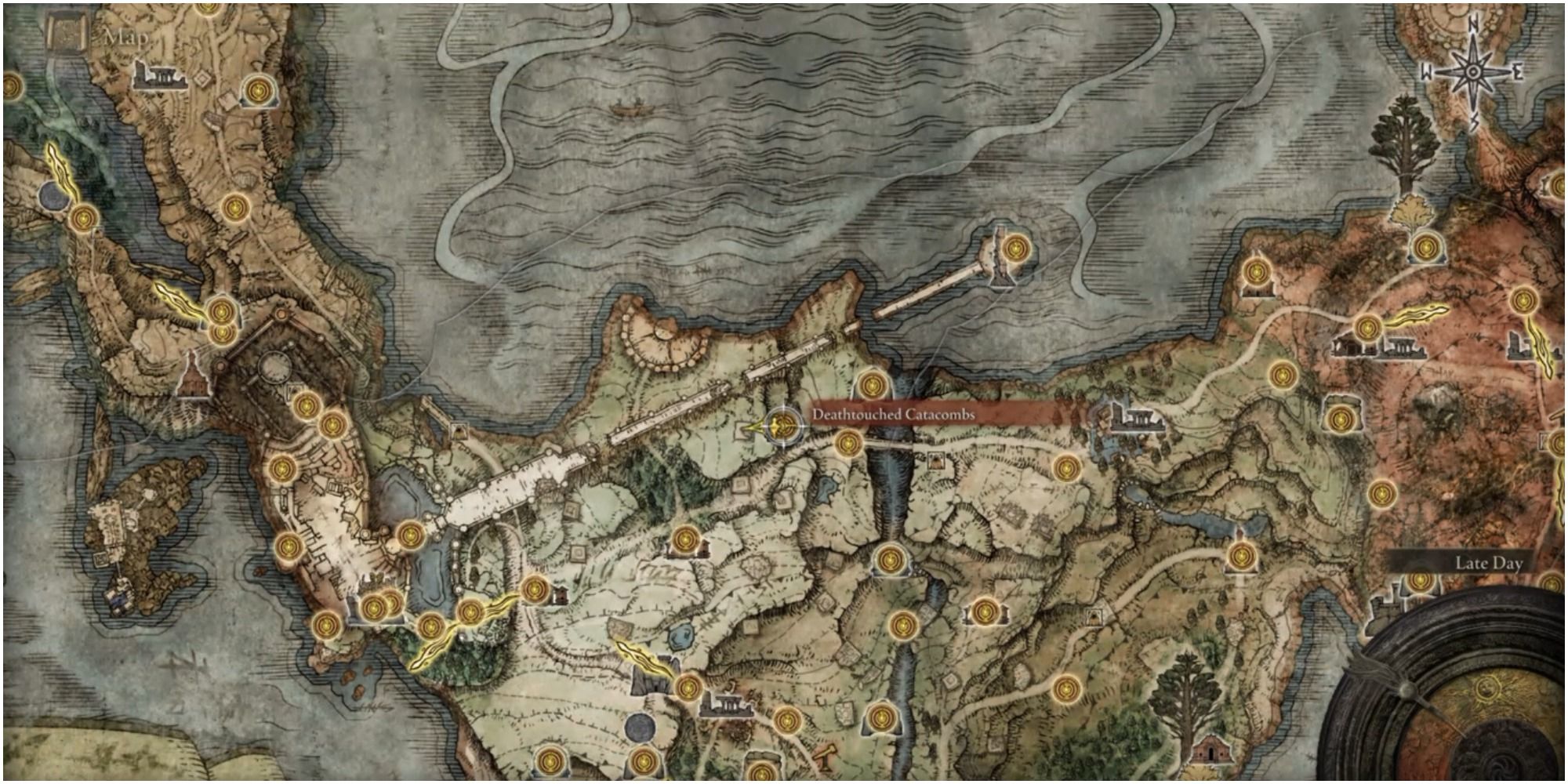 The second Deathroot is located inside the Deathtouched Catacombs. This catacomb is located towards the northern side of Limgrave. You need to explore the catacomb and open the heavy gate. Going through the gate will allow you to face the boss, Black Knife Assassin. After defeating the boss, you need to open the chest right behind the boss inside the arena. Inside the chest, you will find the second Deathroot. 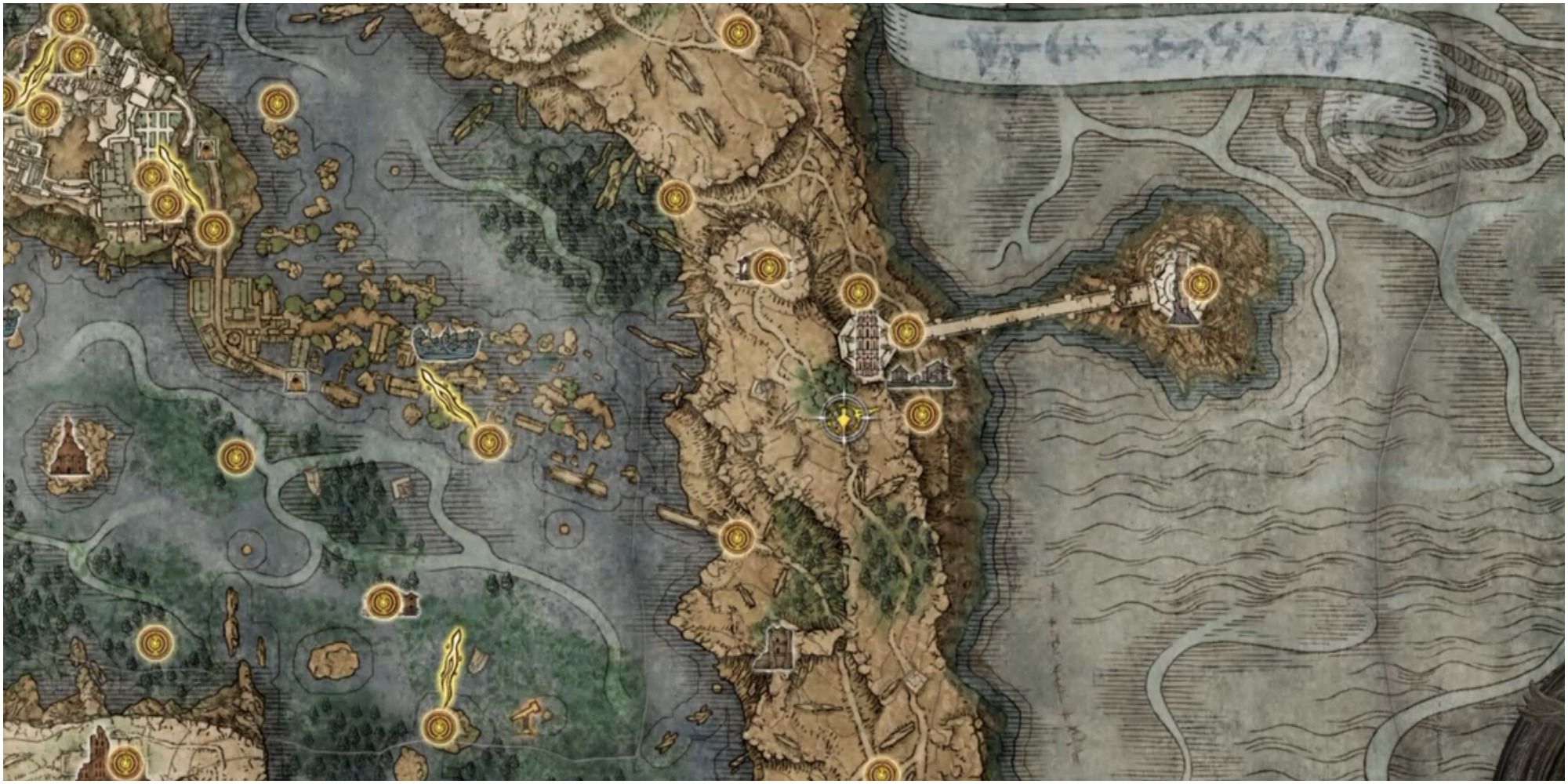 The third Deathroot is located to the east Liurnia of the Lakes. The closest site of grace to this area is Artist's Shack, at it north of here. After reaching the location marked on the map, you will see another Tibia Mariner. Defeating the boss here will get you the third Deathroot. 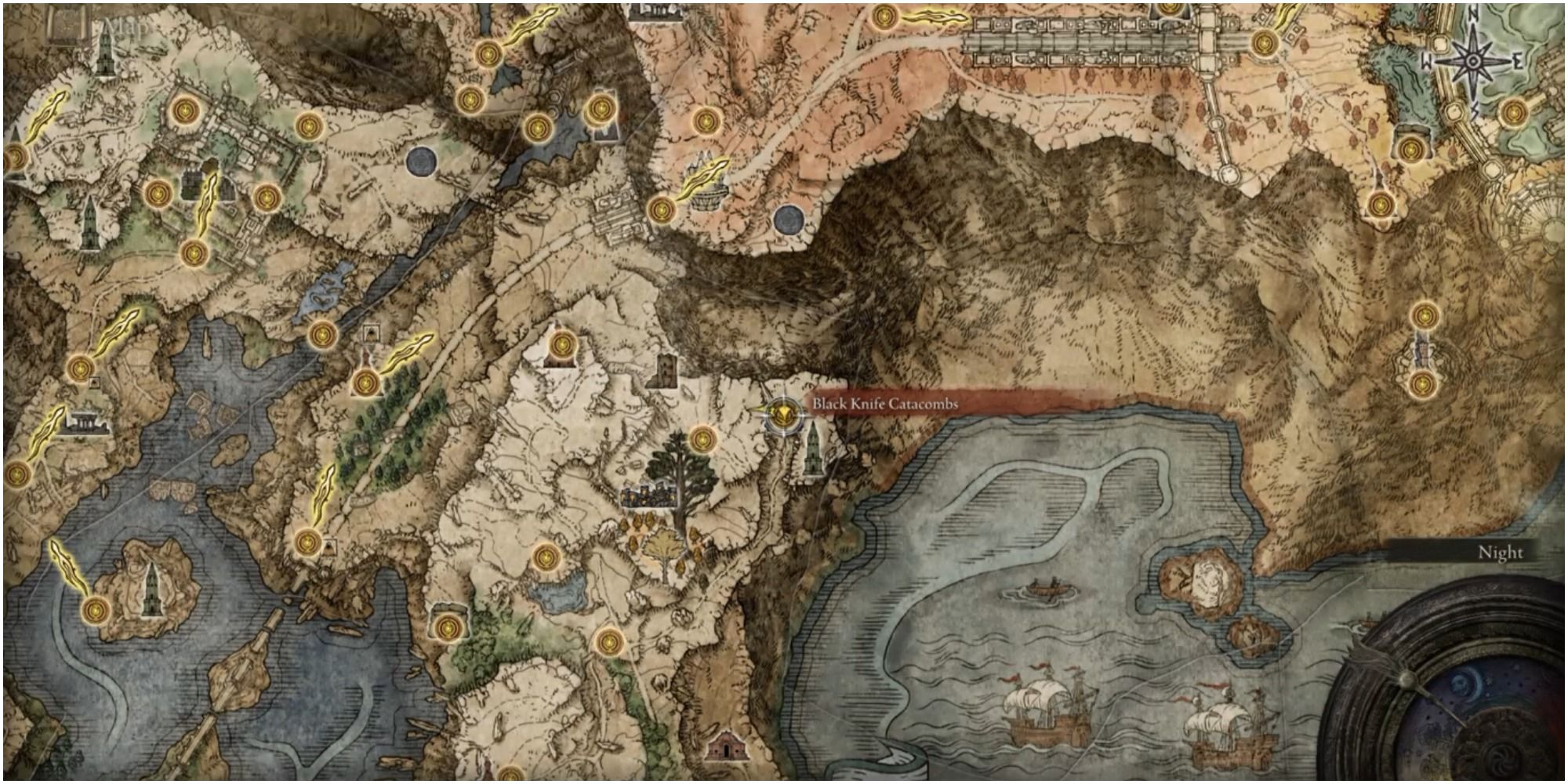 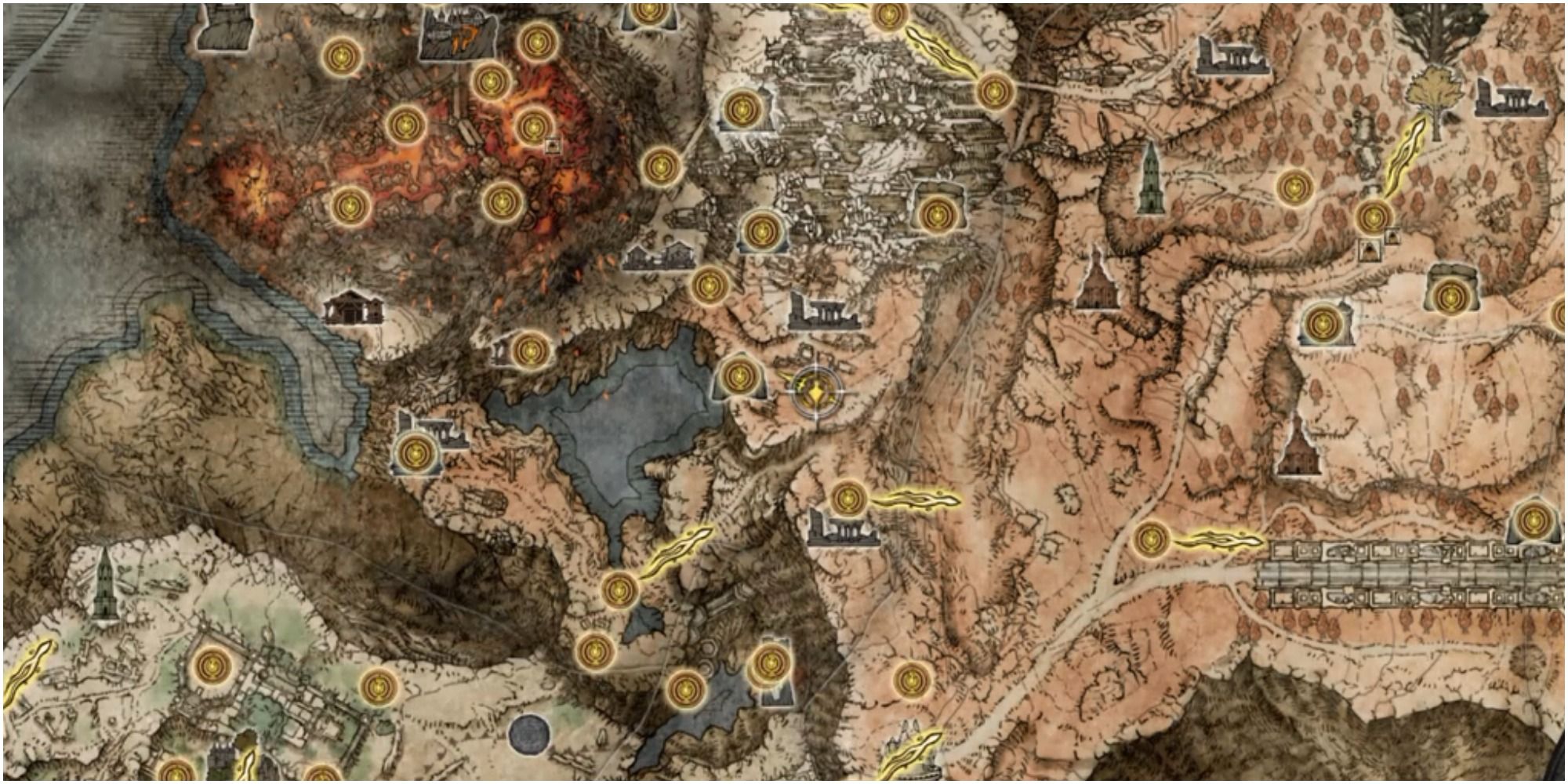 The fifth Deathroot can be located below the Wyndham Ruins in Atlas Plateau. There will be a third Tibia Mariner in this location driving its boat. This boss variant is a bit different as it spawns a giant Spirit to help for the fight. Defeating it will get you a Deathroot. 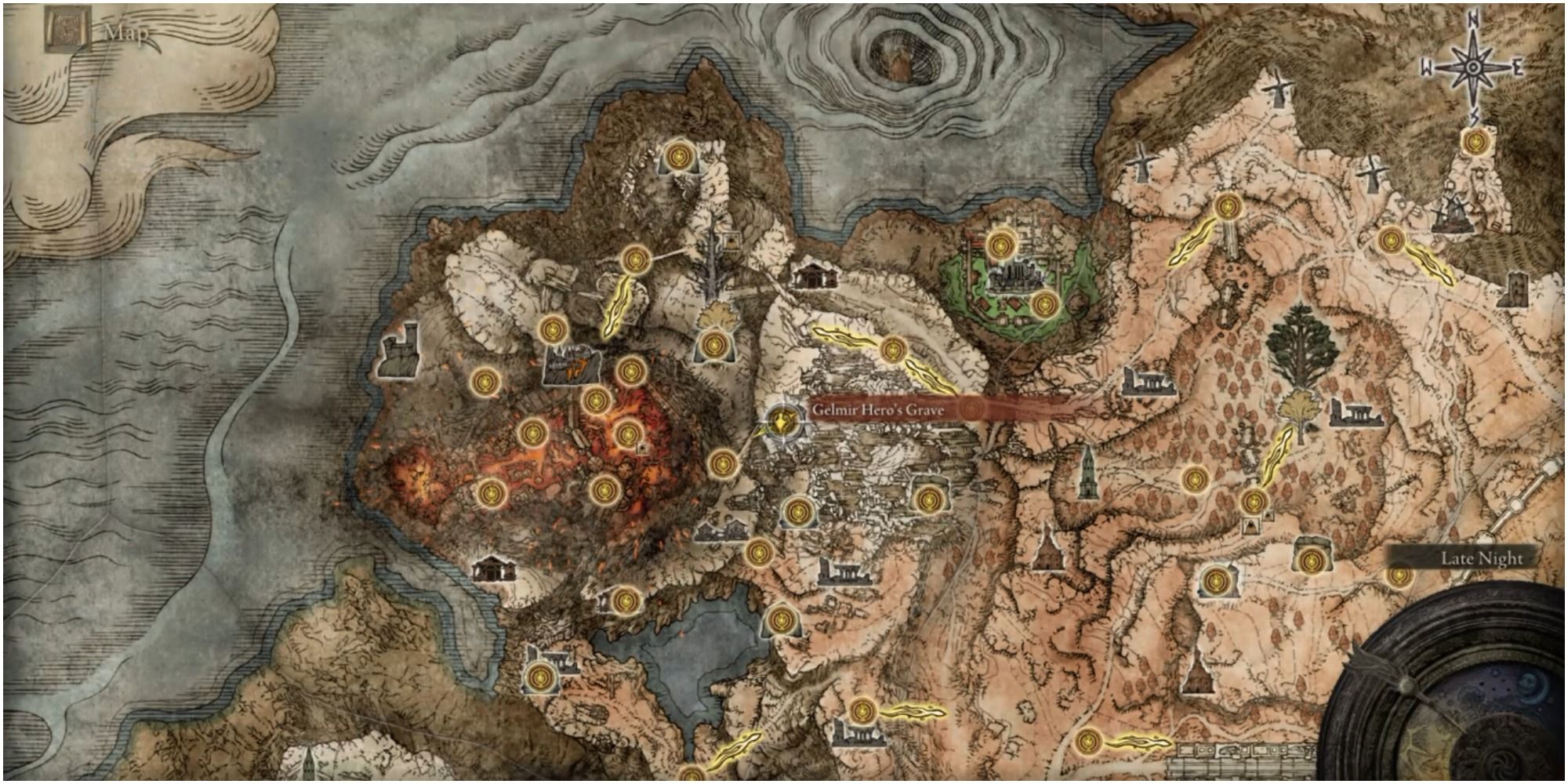 The sixth Deathroot is located inside Gelmir Hero's Grave west of Atlas Plateau. Make your way to the boss gate at the end of the Grave to face Red Wolf of the Champion. After defeating the boss open the chest behind it inside the arena. Doing this will get you the sixth Deathroot. 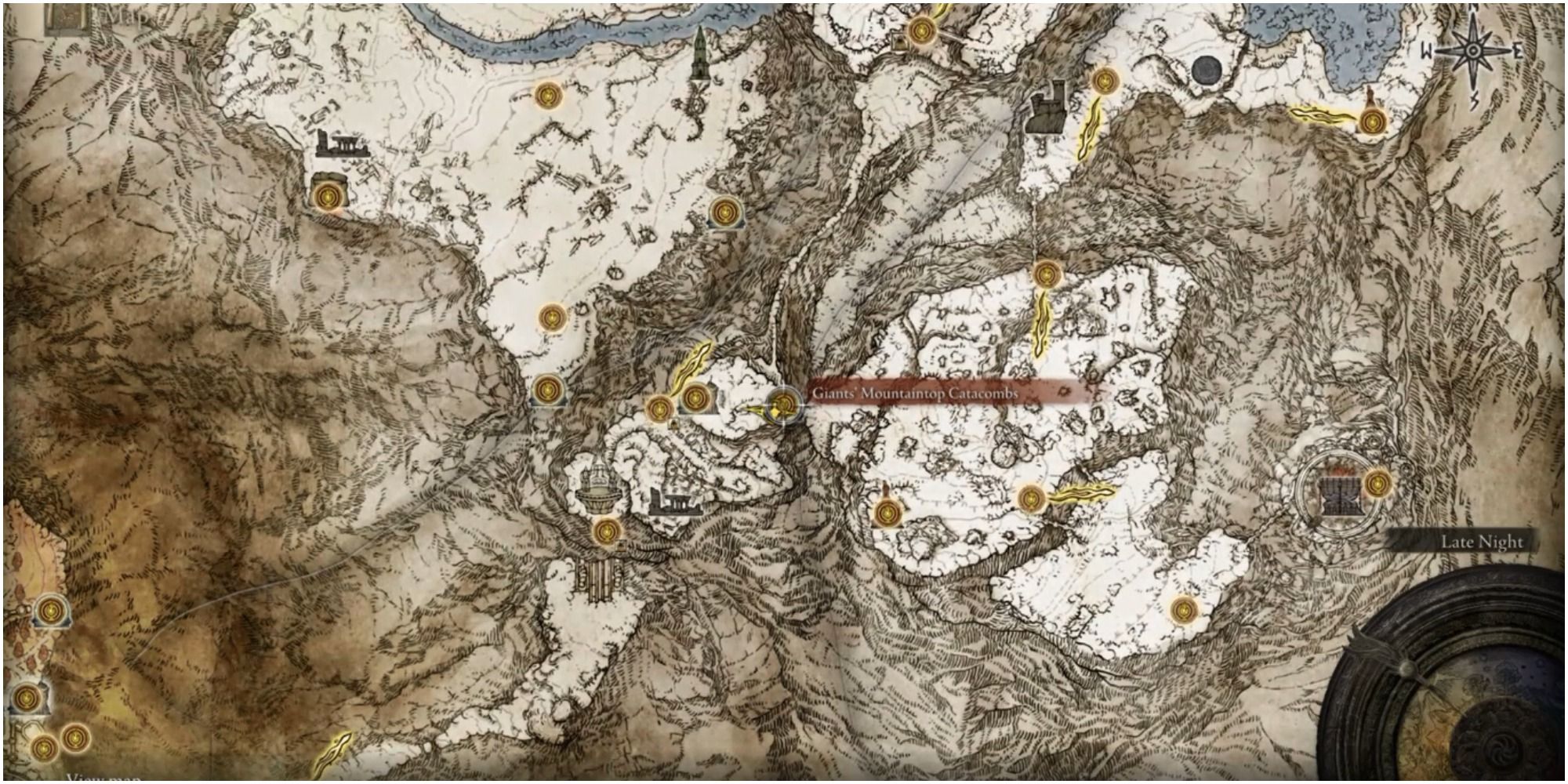 The seventh Deathroot is located inside the Giants' Mountaintop Catacombs. Make your way to the lever and interact with it to open the path to the boss gate. You will have to face Ulcerated Tree Spirit in this catacomb. After defeating the boss open the chest behind it inside the arena to acquire the Deathroot. 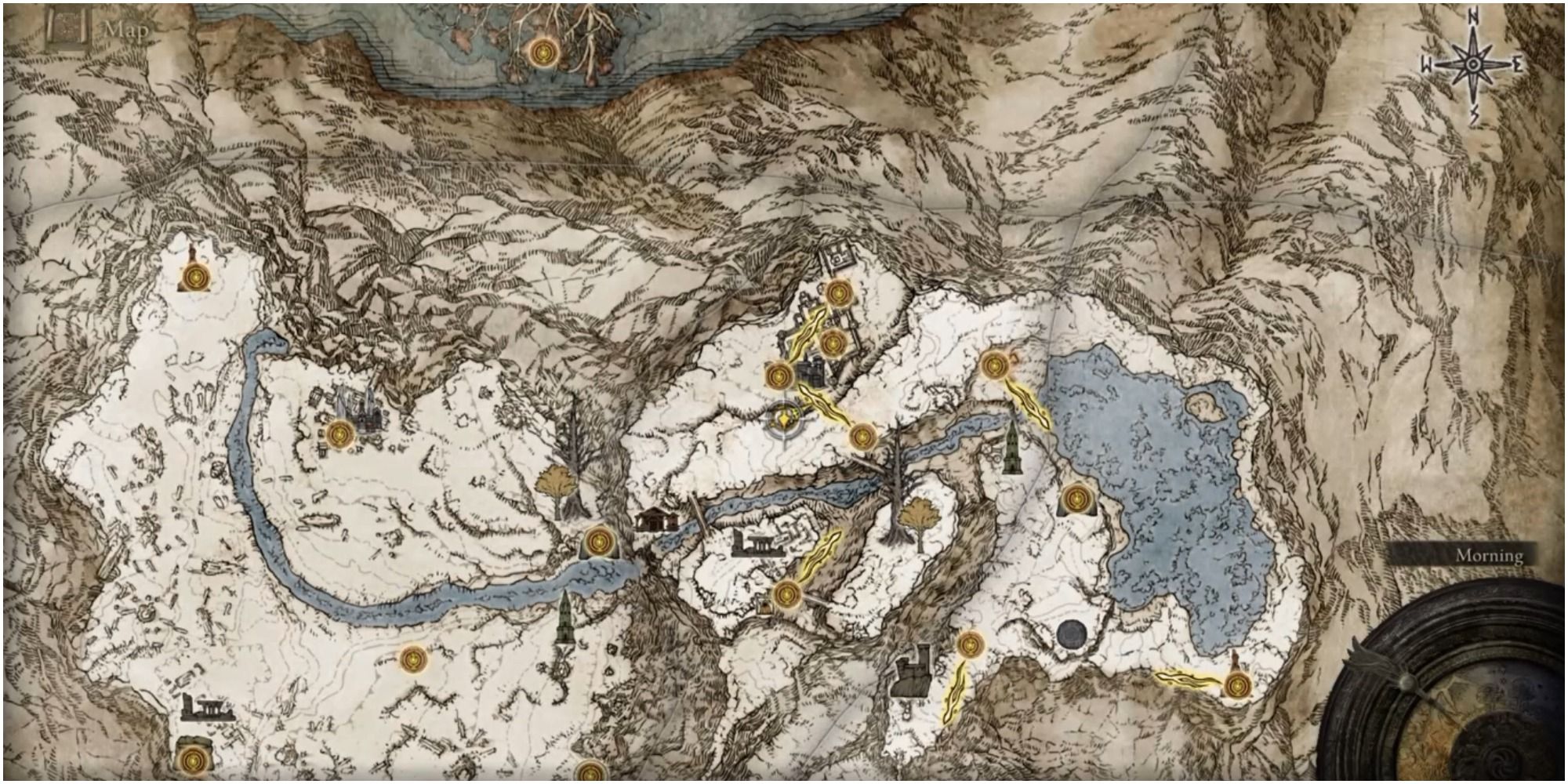 The eight Deathroot is located west of Snow Valley Ruins Overlook site of grace. After reaching the location marked on the map above, you will face the last Tibia Mariner, which is considered a normal enemy. The enemy variant has little health and can be staggered with much ease. Defeating it will get you the second last Deathroot. 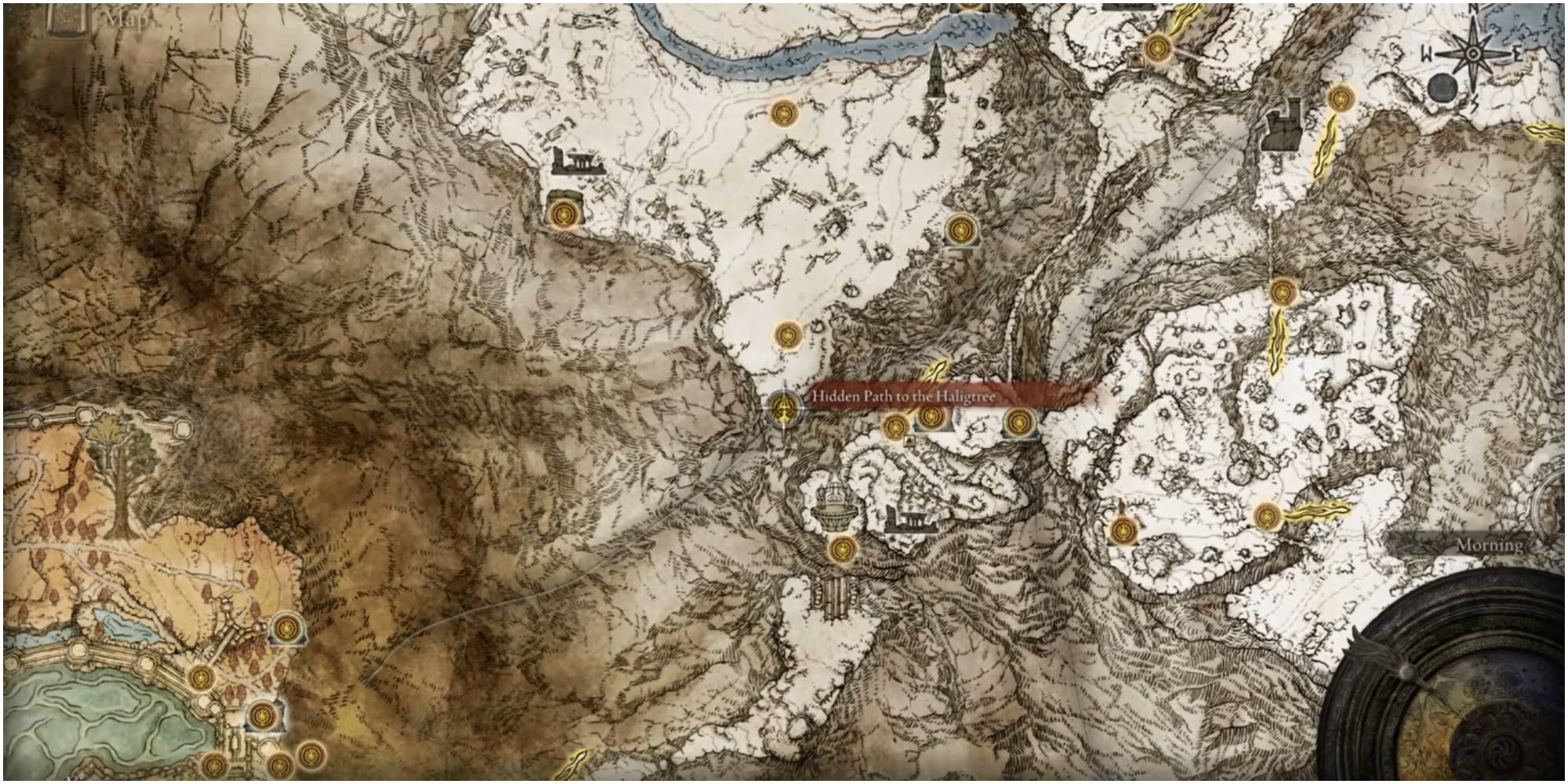 The ninth and last Deathroot is located inside the secret catacombs underneath the Hidden Path of Haligtree. You will have to make your way to the Stray Mimic Tear boss fight at the end of the catacombs and open the chest behind it after defeating it. Once you open the chest, you will acquire the last Deathroot.

What To Do With Deathroots 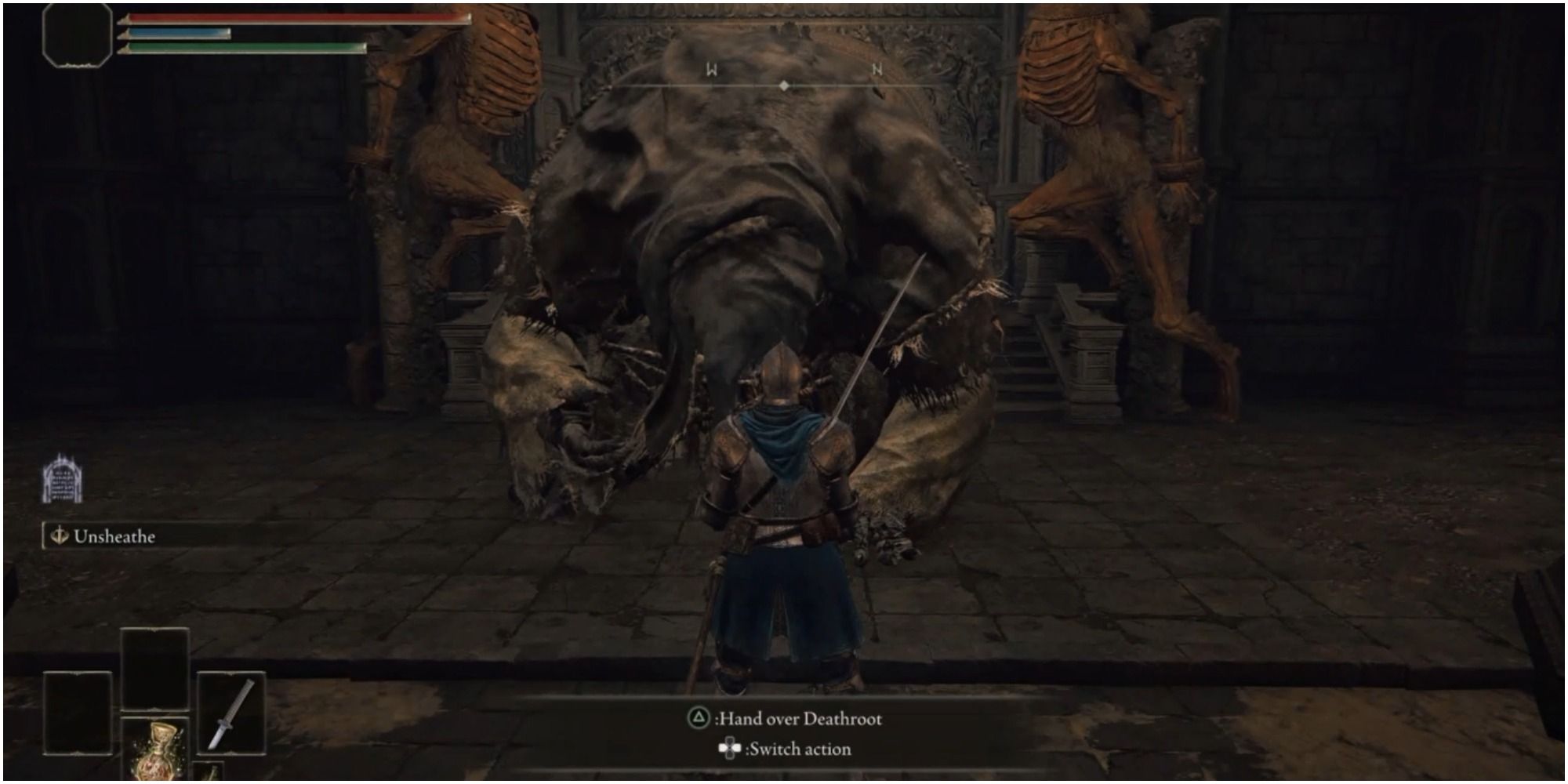 You can turn in all the Deathroots you have collected to Gurranq Beast Clergyman. He resides inside Bestial Sanctum, located northwest of Caelid. You can reach there early by taking the waygate located near the Third Church of Marika in eastern Limgrave – D will mark this on your map after you find your first Deathroot and speak with him at the Roundtable.

Remember to give Gurranq Deathroots one at a time. Sit on a site of grace after every exchange just to make sure he does not bug out.

Following are all the items you receive in exchange for the Deathroots you give Gurranq: