Remember when you first heard that beautiful siren song in Elden Ring? I was on a cliff edge and I heard the haunting voice coming from below me. I clambered down the rocks to find a grotesque vampire bat singing, but I was transfixed. Then she set her peons on me so I chopped her in half with my huge anime sword. Anyway, that beautiful song is deeply depressing when you translate the Latin lyrics.

Literally everything in Latin is miserable, apart from the graffiti, that's all just smut and dick jokes – seriously, it's so crass. The bats sing a song about the fall from grace the Lands Between have experienced, and it is dark.

We had been destined for motherhood

But now we have become disfigured.

We wailed and wept

But no one comforts us.

Golden one, at whom were you so angry?

By the sounds of it, the vampire bat women themselves were destined for something great. Motherhood could be a metaphor rather than literal. They could have been the leaders of a new world, or the mothers of new gods and demi-gods. Whatever the case, once grace was lost, so was their great future. 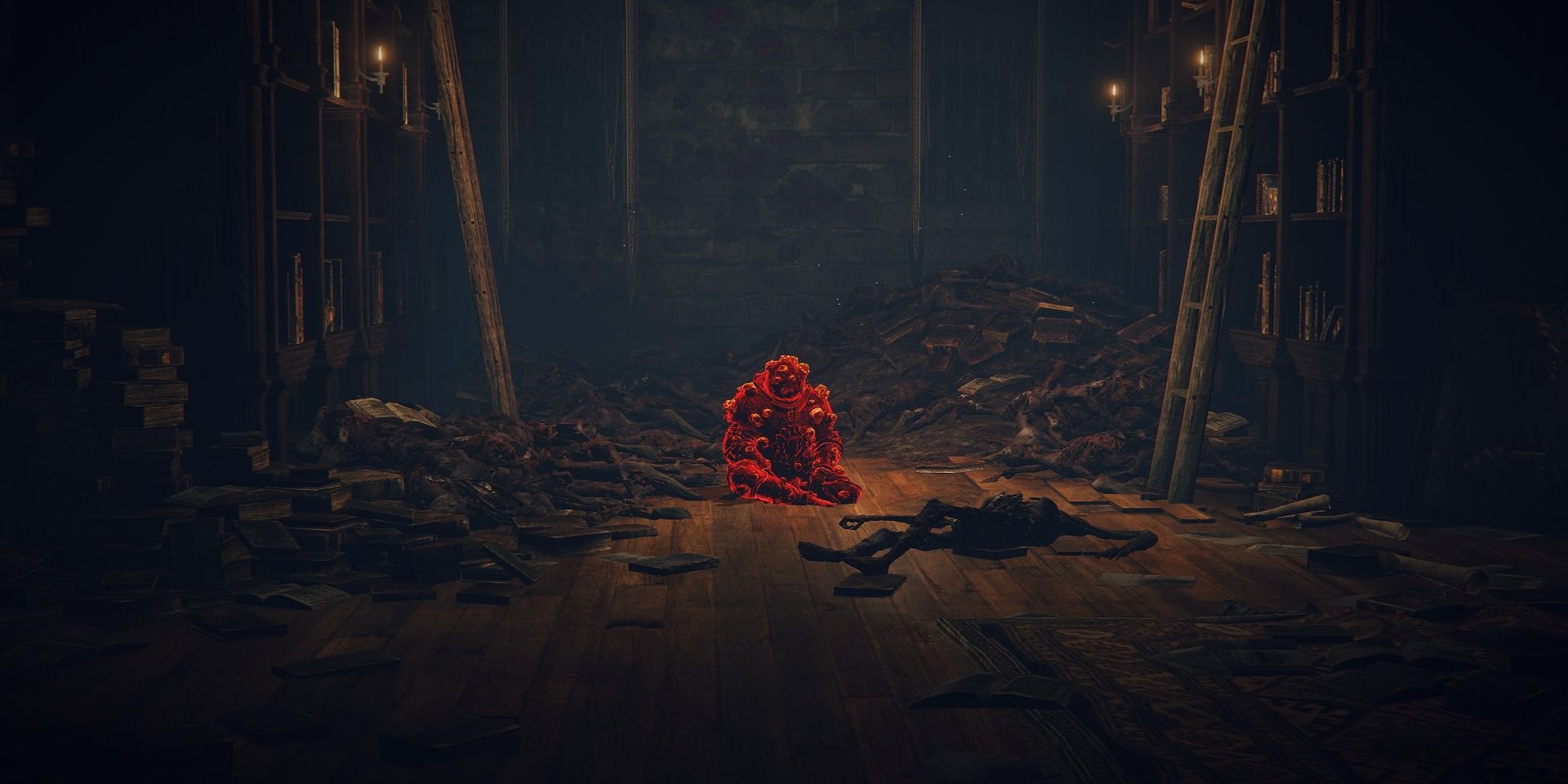 It actually makes me feel bad for killing them now. "No one comforts us" hits really hard. Almost as hard as my colossal sword. They started it by spitting poison at me. But then again, you'd be bitter too if your bright and glorious fate was snatched from you.

Nothing in Elden Ring is happy or sacred, everything is just miserable. Rember Fia, the deathbed maiden who gives you a nice hug? Well, she actually puts a debuff on you that saps five percent of your health. That's right, not even hugs are real in Elden Ring.