Fallout is known for its quirky perks and skills. From blowing enemies up into bits of gore or having wild animals fight for you, there’s a great deal of freedom in how you build your character.

Returning from Fallout and Fallout 2, traits are unique, permanent alterations to your character you can select at character creation. All traits come with a positive effect and a negative effect, arguably excluding Wild Wasteland. Wild Wasteland will not be ranked in this list since it doesn’t follow the common trend of traits and adds more wacky references into the game, which the enjoyment of said references is entirely subjective. Regardless, here is every trait in Fallout: New Vegas ranked from worst to best.

Updated February 6th, 2021 by Charles Burgar: With another year of Fallout mods, fans of New Vegas have reinstalled this classic RPG once again to experience the game once more. Creating a new build is a core part of starting a New Vegas playthrough, a part of that process being the selection of traits. To make this process a little bit easier, we have added brief trait descriptions to each section to explain exactly what they do. 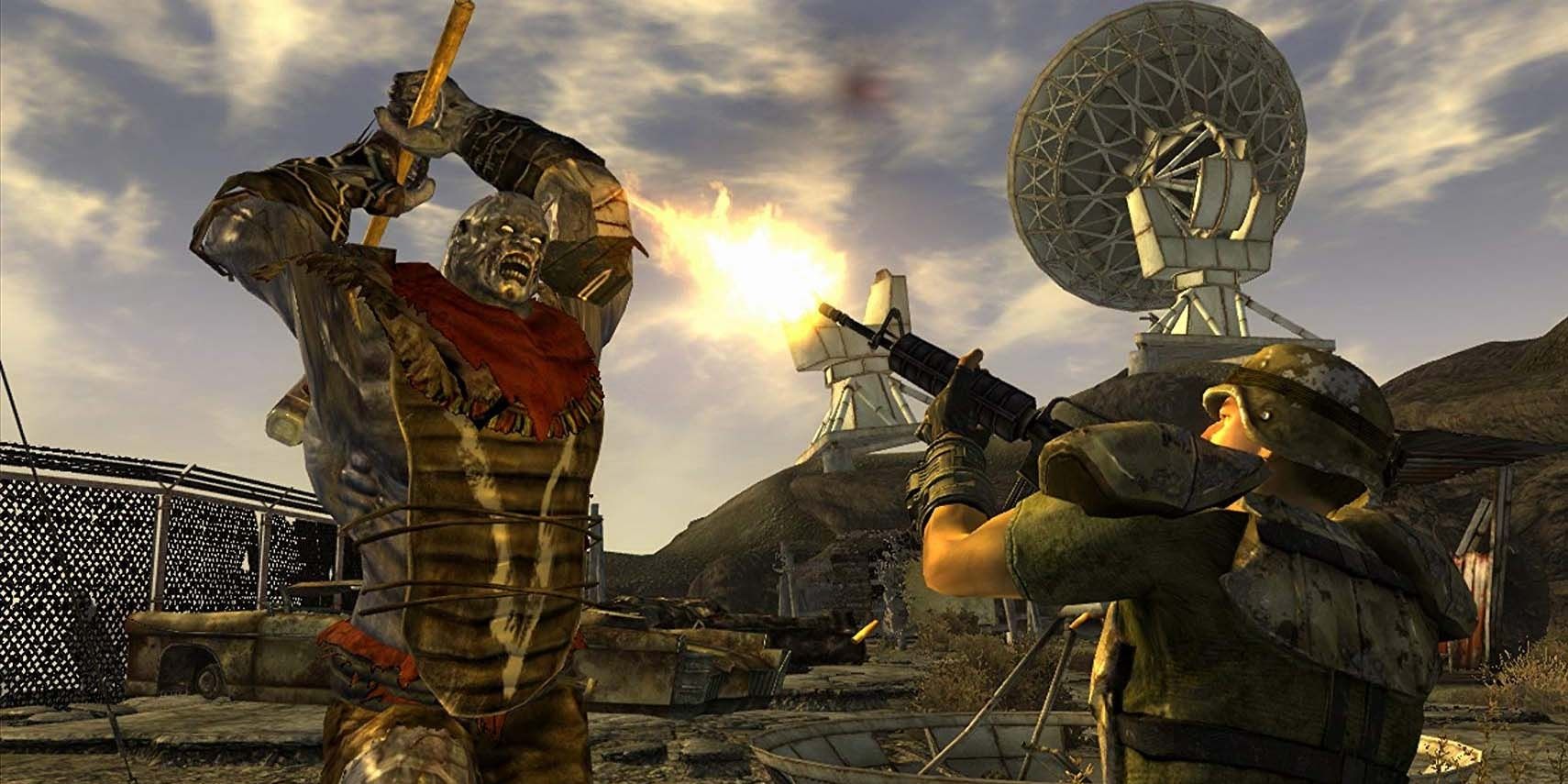 Kamikaze: Gain 10 Action Points at the cost of -2 Damage Threshold.

There is no good reason to take Kamikaze. It grants ten additional Action Points while reducing your Damage Threshold by two.

Damage Threshold determines the amount of damage you can mitigate through armor, which this trait permanently reduces. Ten Action Points can easily be earned through Agility, something another trait offers. This trait is a waste of space. 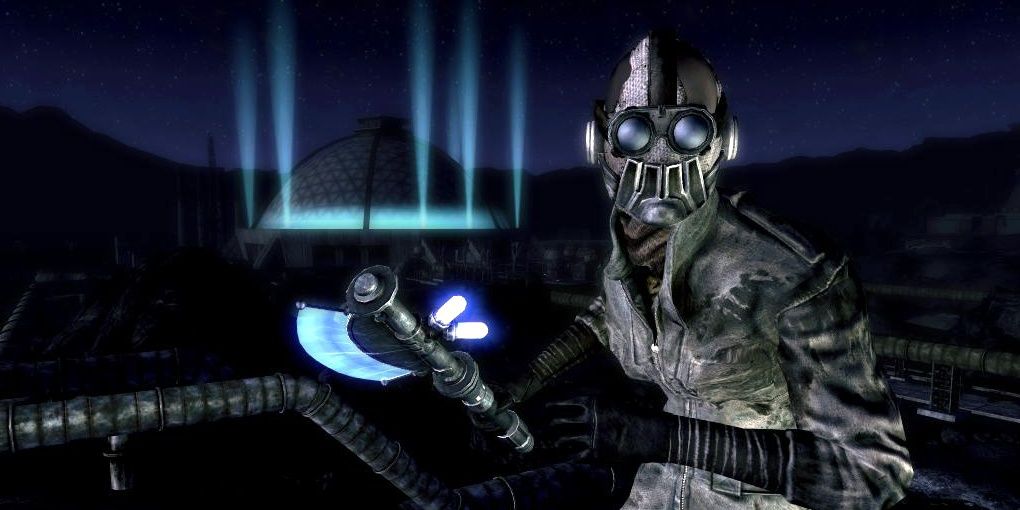 Loose Cannon increases attack speed with thrown weapons by 30% while reducing the range of said weapons by 25%.

There isn’t anything awful about this trait, but it only affects thrown weapons, arguably the worst weapon type in the game. Unless you want to throw dynamite and knives as a build, stay away from Loose Cannon. 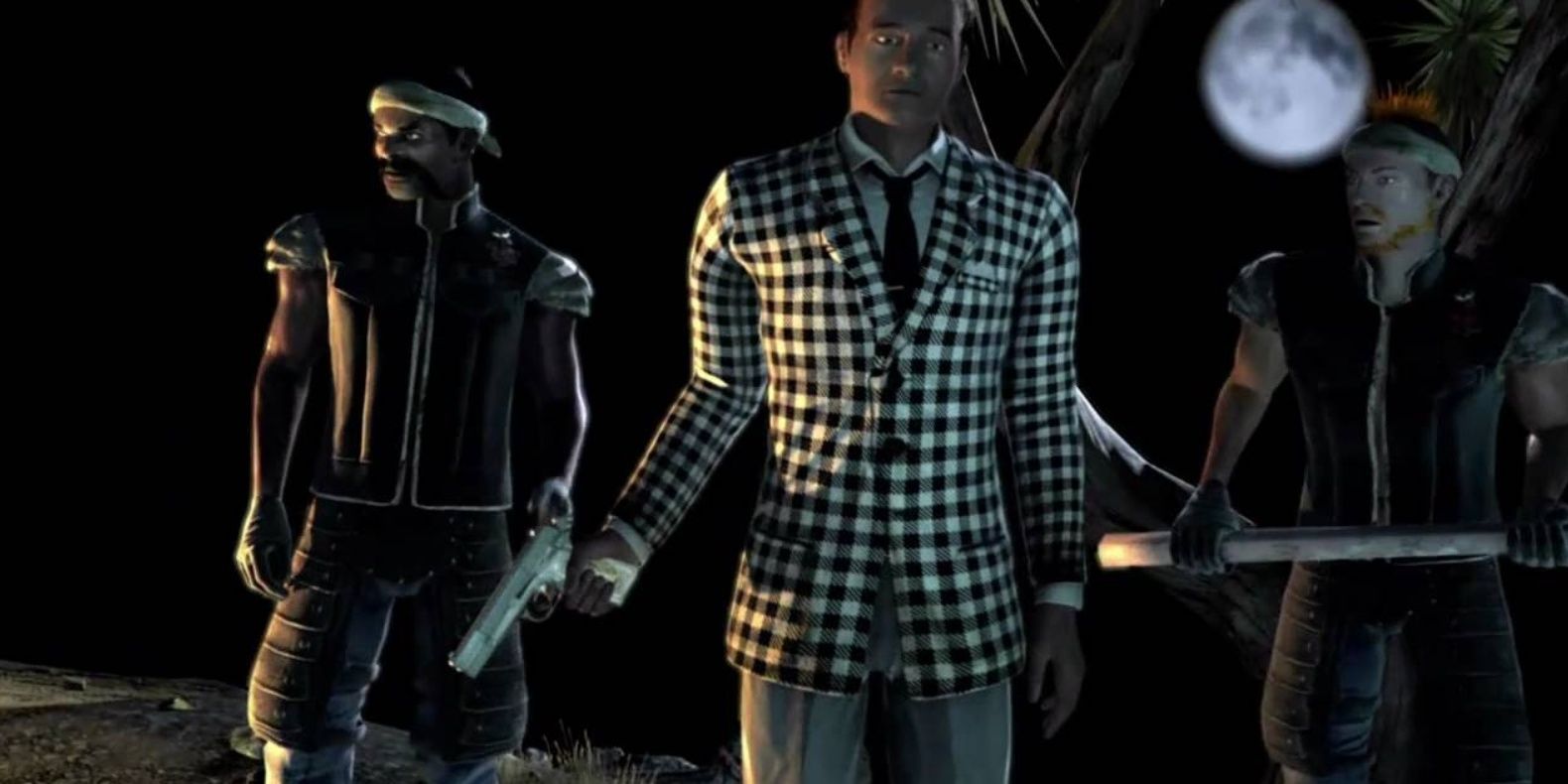 Logan’s Loophole: Chems last twice as long and aren’t addictive, but your level cap is 30 instead of 50.

Logan’s Loophole allows your character to never get addicted to chems again, and chems last twice as long. As a consequence, you can no longer level past 30.

This is such a massive negative that it ruins all but the shortest of playthroughs. If you don’t want to play the DLC or delve into many side missions, this trait can be somewhat useful. However, with the limited amount of perks players can earn through their adventure, this trait nearly halves the perks and total stats the player can work with. 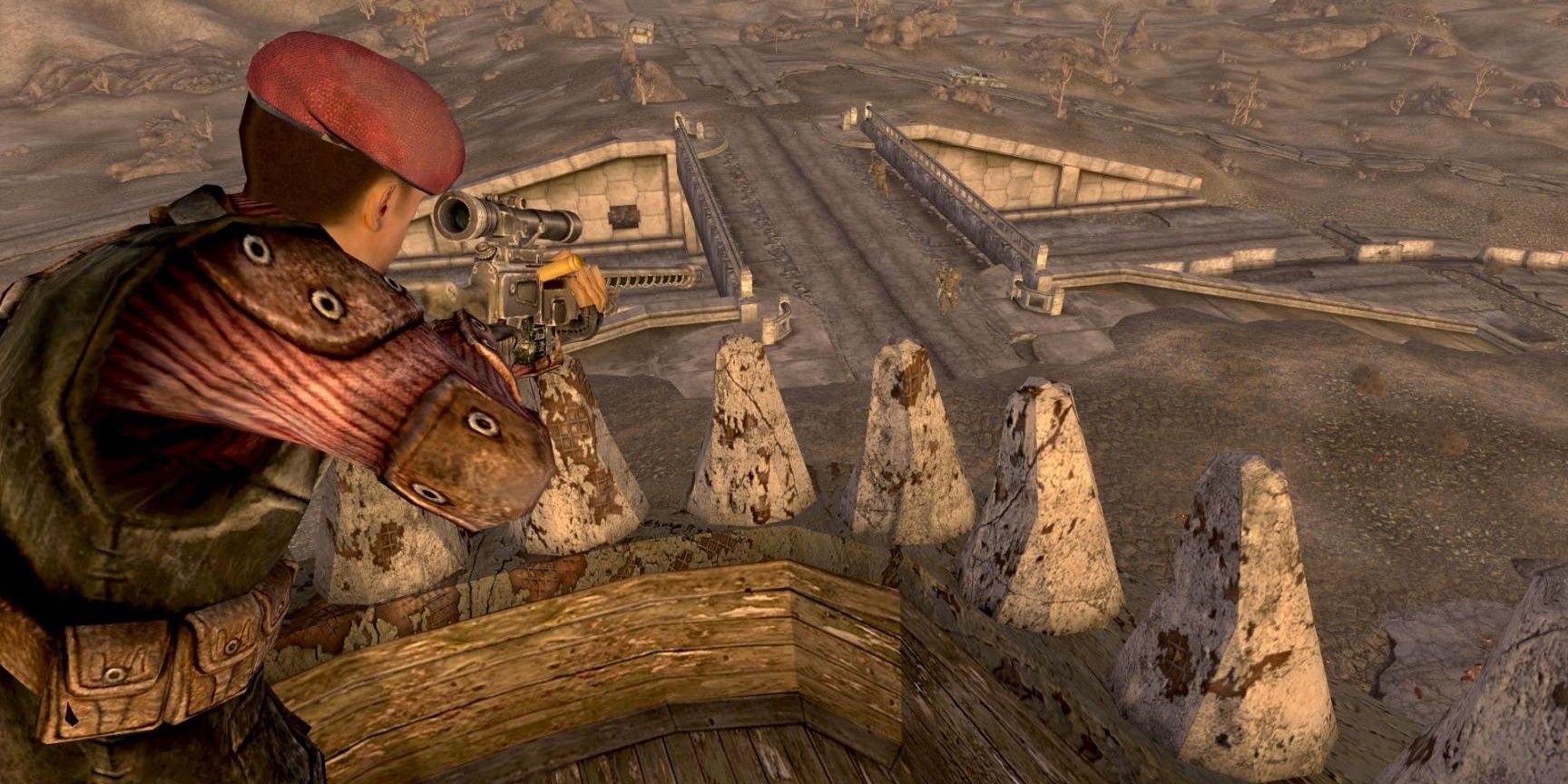 If the accuracy of weapons ever bothers you, Trigger Discipline is one of the few ways to increase your accuracy in combat.

Trigger Discipline grants 20% more accuracy with weapons while reducing your fire rate by 20% while also increasing AP costs by 20%. If you need to be accurate that badly, just use VATS. Unless you don’t like using VATS, there’s little reason to use this trait. 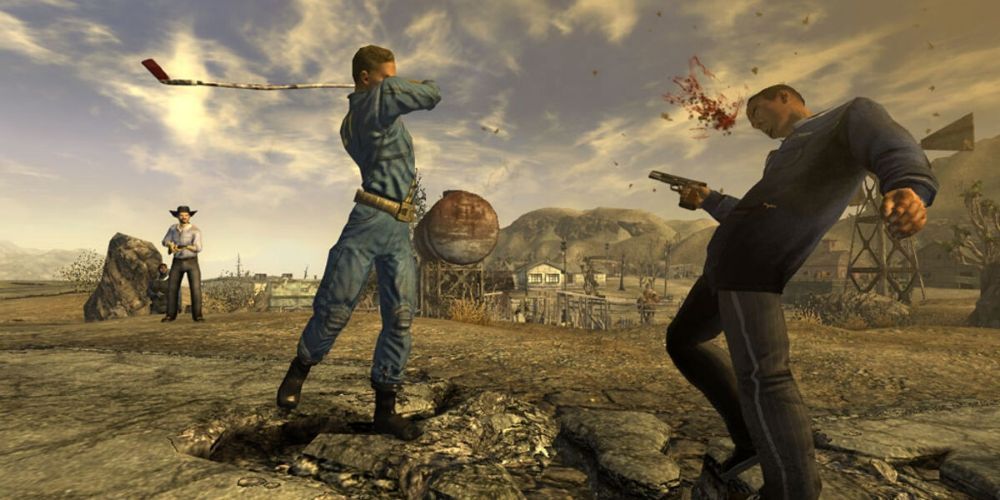 Melee characters have a trait just for them. Heavy Handed grants 20% more damage for unarmed and melee weapons, but it reduces your critical hit damage by 60%. 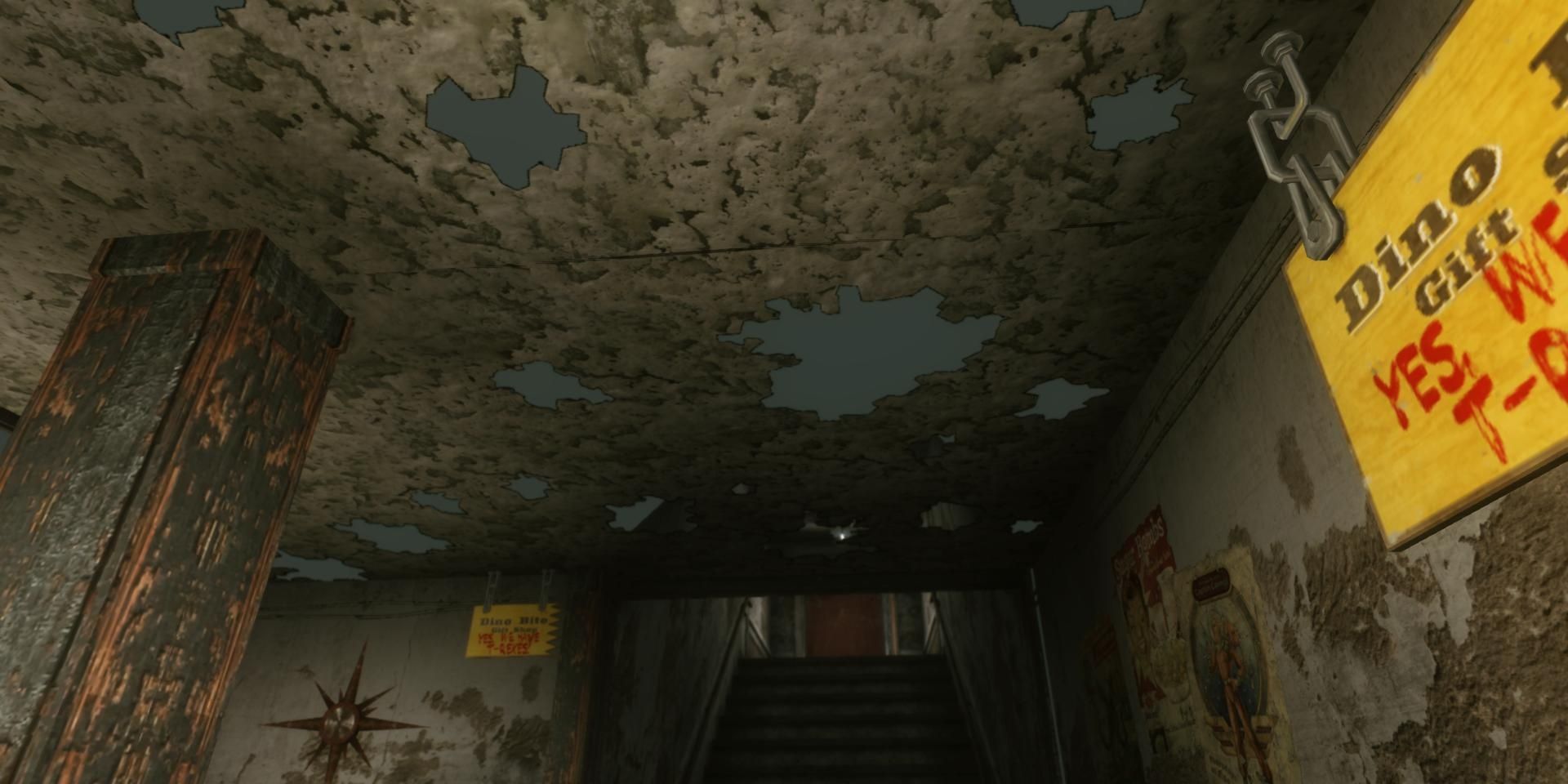 While you are outdoors, you gain +1 to every SPECIAL stat, but you inversely lose 1 stat in every SPECIAL category while indoors.

Indoors includes caves, buildings, or any location that is not in the open world. This trait would be better if so much of New Vegas didn’t take place indoors since most missions revolve around entering a certain building, cave, or town to complete a quest. 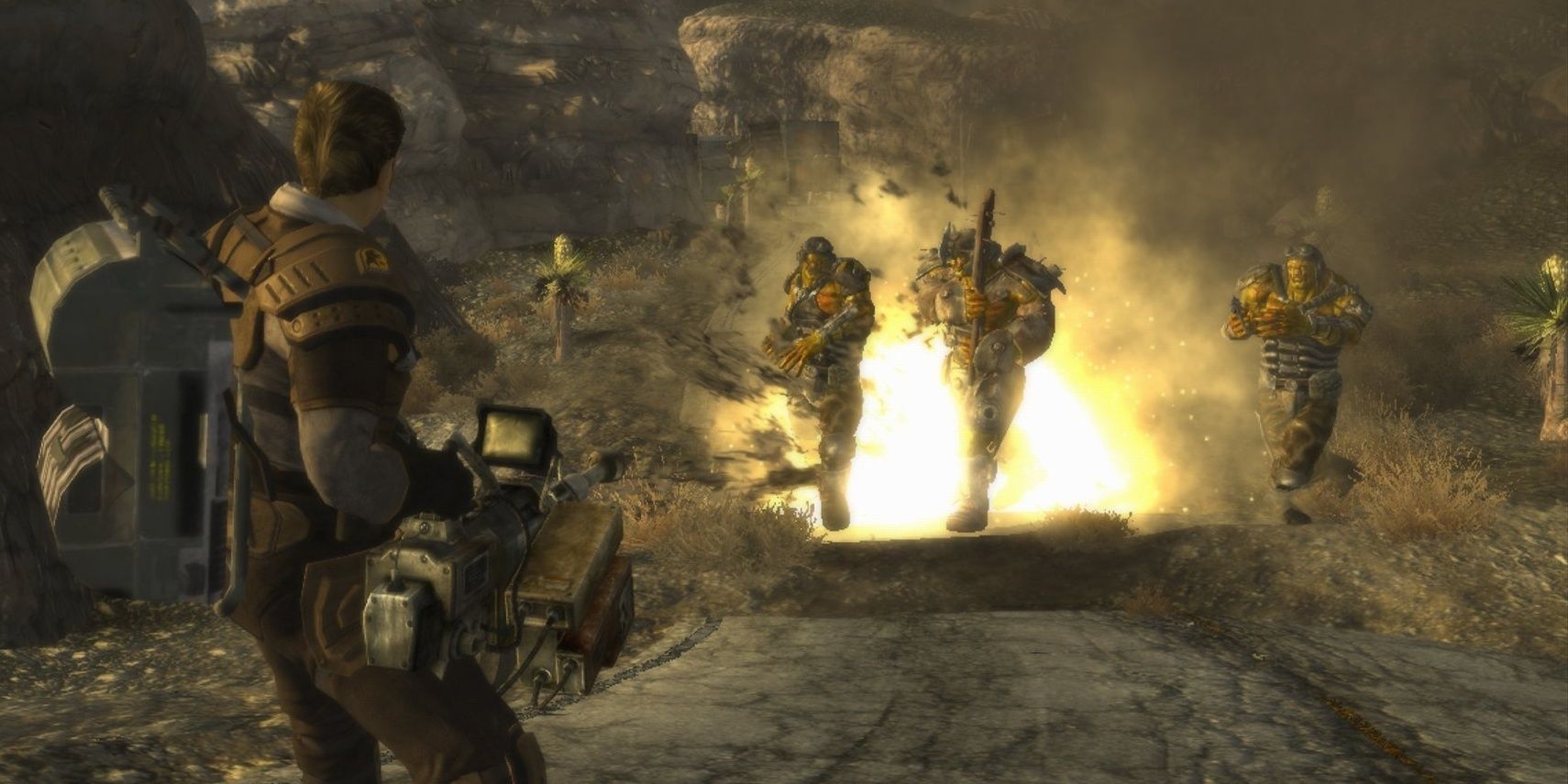 This is one of the few traits that can increase your damage. Hot Blooded grants a 15% damage increase while under half health in exchange for 2 Perception and Agility when in that state.

Niche builds can benefit from the extra damage, particularly melee characters. Ranged characters or those on higher difficulties should stay away from this trait, as it encourages you to actively take damage before or during an engagement. 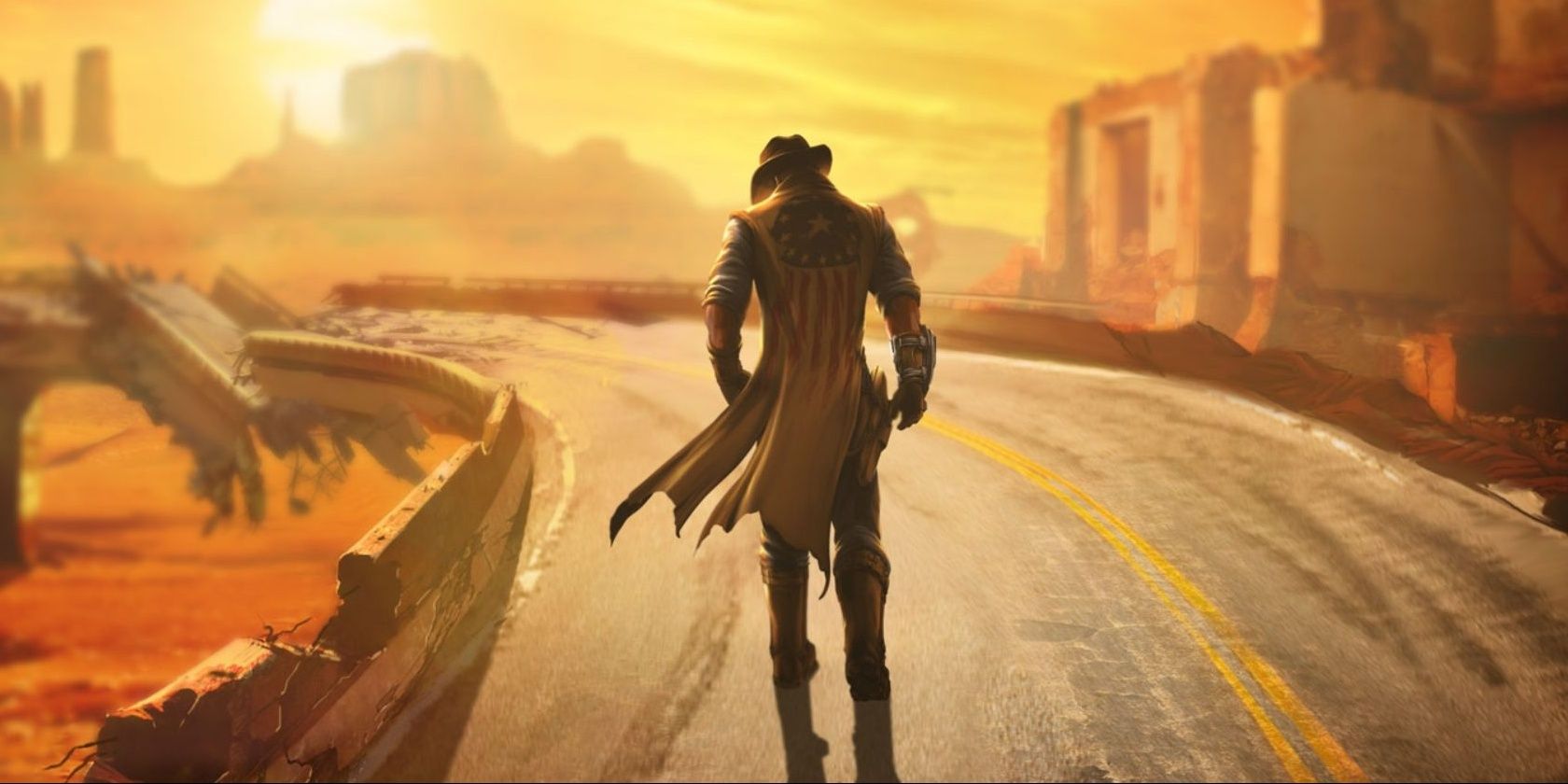 Unlike most SPECIAL traits, Early Bird isn’t a terrible option. It grants +2 to SPECIAL stats from 6am to 12pm, but reduces them all by 1 from 6pm to 6am.

If you want to maximize Early Bird’s benefit, consider waiting whenever the game goes past 6pm to gain the bonus again. Two extra SPECIAL points is incredibly powerful, but the -1 in them during the night isn’t enough of a negative to make this trait useless.

Four Eyes: Gain 2 Perception while wearing glasses. Your Perception stat is reduced by 1.

While wearing glasses or eyewear, you gain a +2 Perception bonus. When you aren’t, you suffer a -1 Perception reduction.

This trait would be higher on the list if the negative stat didn’t affect perk requirements. Unfortunately, the +2 bonus does not help unlocking new Perception-based perks either, resulting in a perk that is only useful for those uninterested in Perception and looking for an easy way to get more. 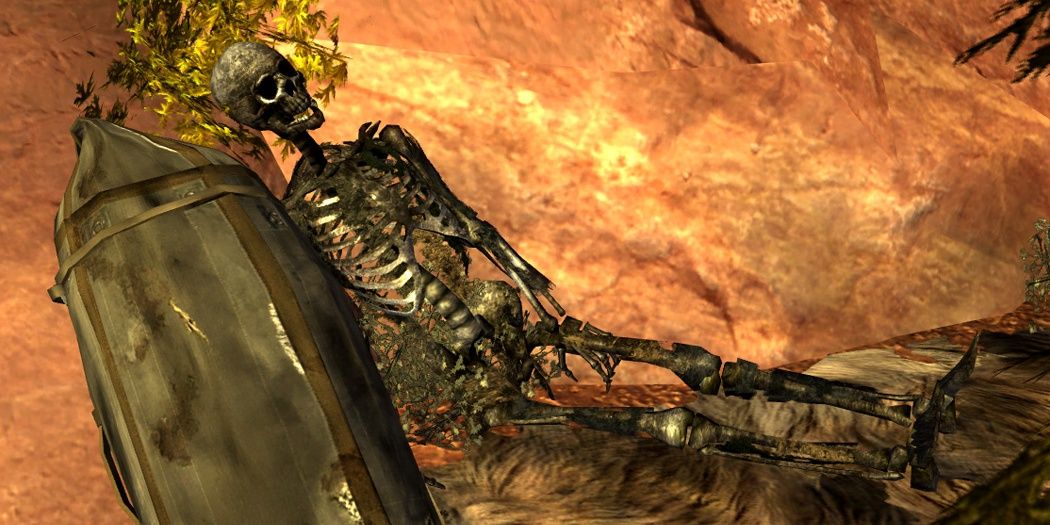 Hoarder: Increases your carry weight by 25, but you lose 1 to all SPECIAL stats while you’re carrying less than 160 units worth of gear.

This trait increases your carry weight by 25, but it reduces your SPECIAL stats by 1 if your weight is below 160 pounds.

Those who wear power armor or bring a wide variety of weapons will love this perk. The catch is you don’t have much room to loot new goodies, but New Vegas doesn’t have as many items you need to loot as Fallout 4 or most looter shooters do. 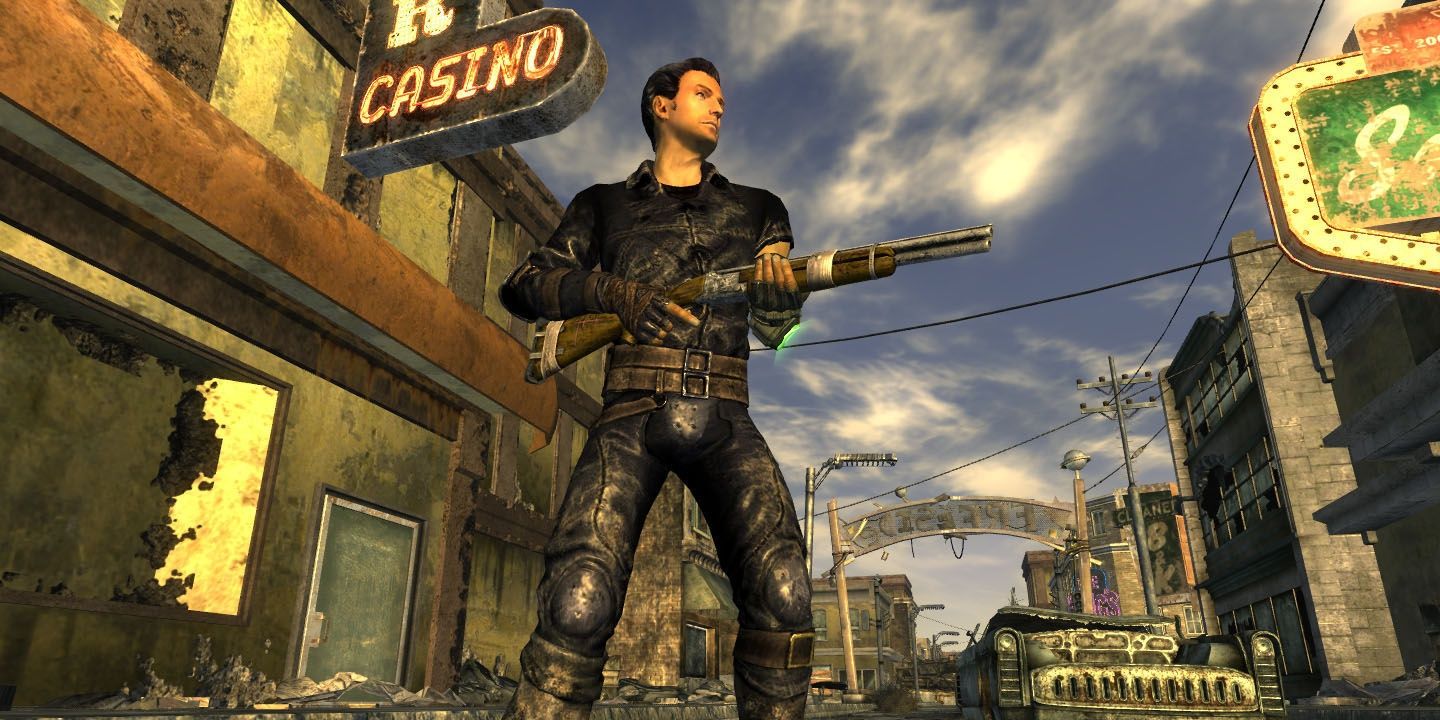 This trait grants you one free Agility point, but it makes your limbs take 25% extra damage. This extra damage does not alter HP damage received but rather how quickly your limbs can break.

This Agility point, unlike most traits, is counted when determining the applicability for Agility-gated perks. Its negative is not bad on normal difficulties, but it can become an extreme pain in Hardcore mode, needing a Doctor’s Bag or actual doctor to repair your limbs. 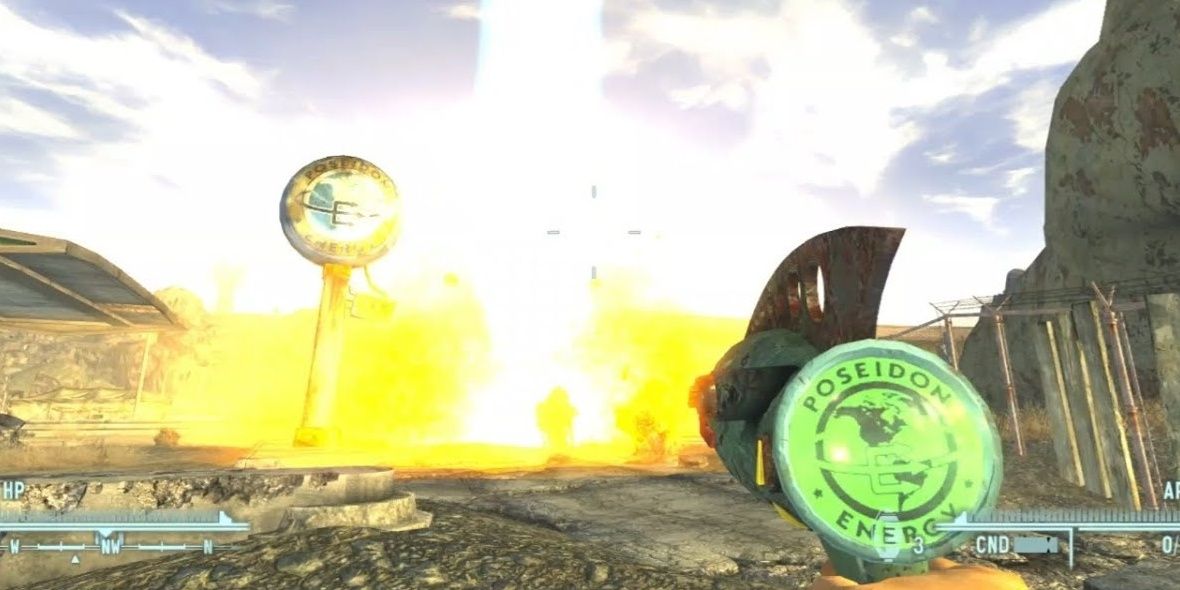 Built to Destroy is simply a solid trait. It increases your critical hit chance by 3% while making your weapons decay 15% faster.

This perk’s benefit is equivalent to 3 points in Luck, making it fantastic for critical-based builds. Weapon decay rates are easily countered with a high Repair skill and the Jury Rigging perk. 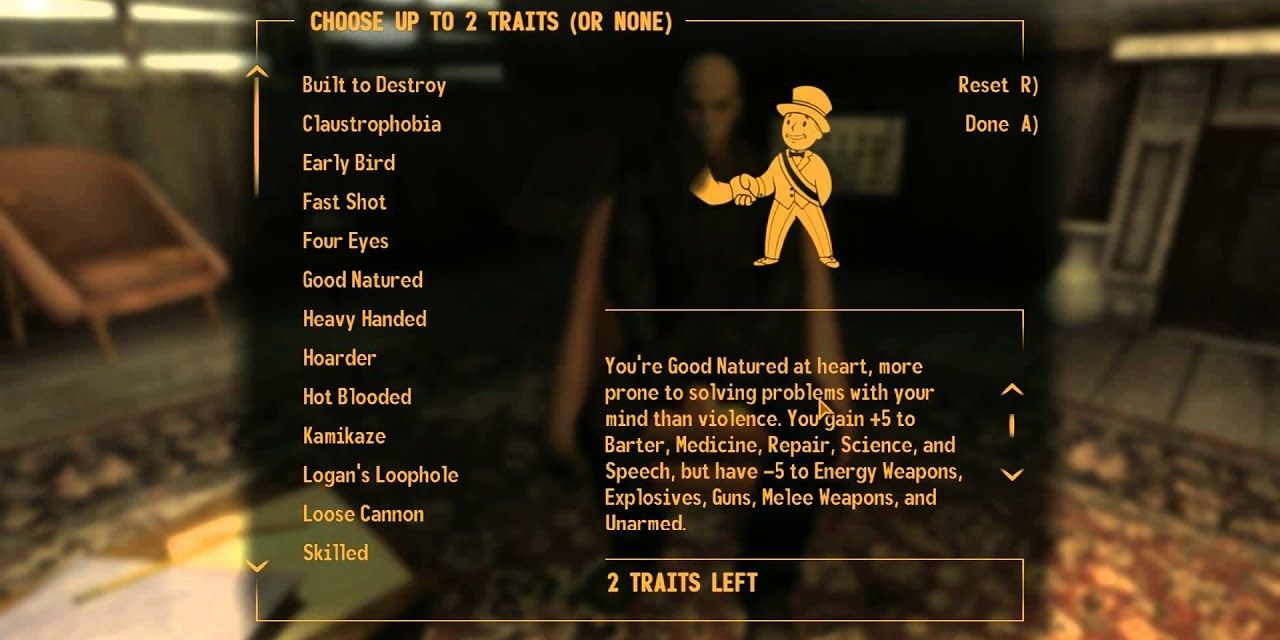 At the cost of 5 points from all damage skills, Good Natured grants +5 skill points to Speech, Medicine, Repair, Science, and Barter.

While the negative sounds extreme, there are many instances in New Vegas where you can avoid bloodshed with speech or skill checks, most of those checks being increased with this trait. Those who want to play as pacifists can’t get a better perk than this. 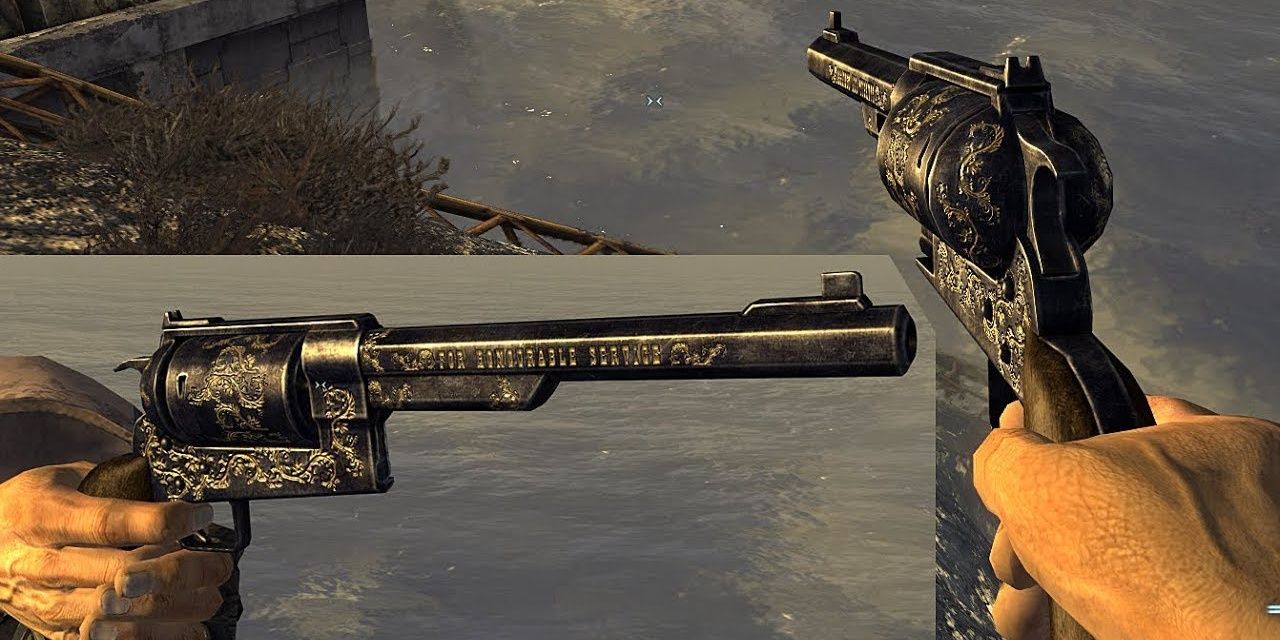 This is the only passive way in New Vegas to increase your fire rate. Fast Shot grants 20% increased fire rate for weapons while reducing the accuracy of those items by 20%.

Accuracy in New Vegas isn’t too important, as VATS and various chems can help make hitting enemies a bit easier. The increased fire rate is noticeable enough to make it a solid pick for any build, whether you are using a minigun or anti-material sniper rifle. 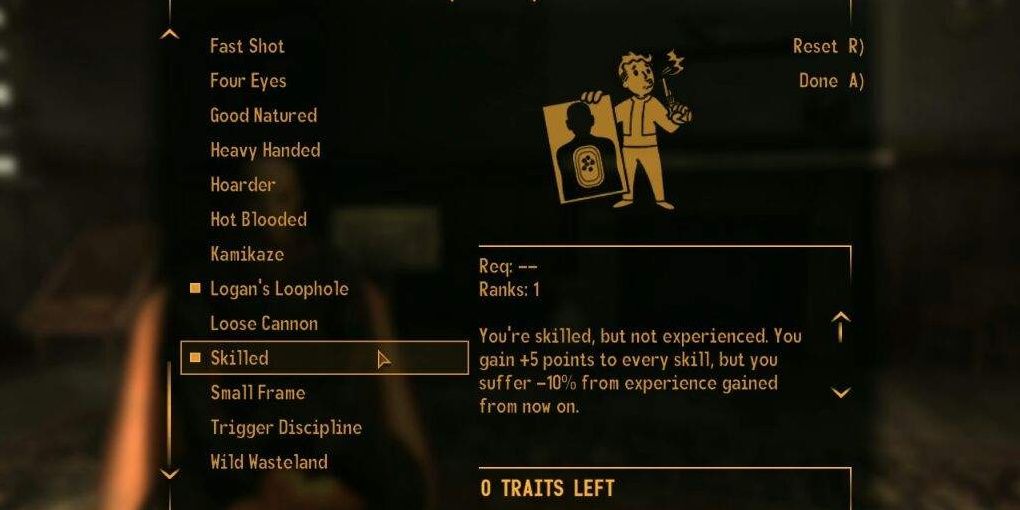 Skilled: Gain 5 points to every skill, but you earn 10% fewer experience points.

Without bugs, Skilled is an incredible trait, granting +5 points to every skill in the game while reducing experience gains by 10%.

That negative sounds bad, but the amount of experience New Vegas throws at you makes the negative not noticeable. With bugs, Skilled is overpowered. Players who select this perk in character creation can get it a second time when leaving Goodsprings, unselecting it, and reselecting it at character revision. This grants +10 to every skill in the game while still reducing experience gains by 10%.

NEXT: Fallout New Vegas: 15 Best Unique Armor Items (& Where To Find Them) 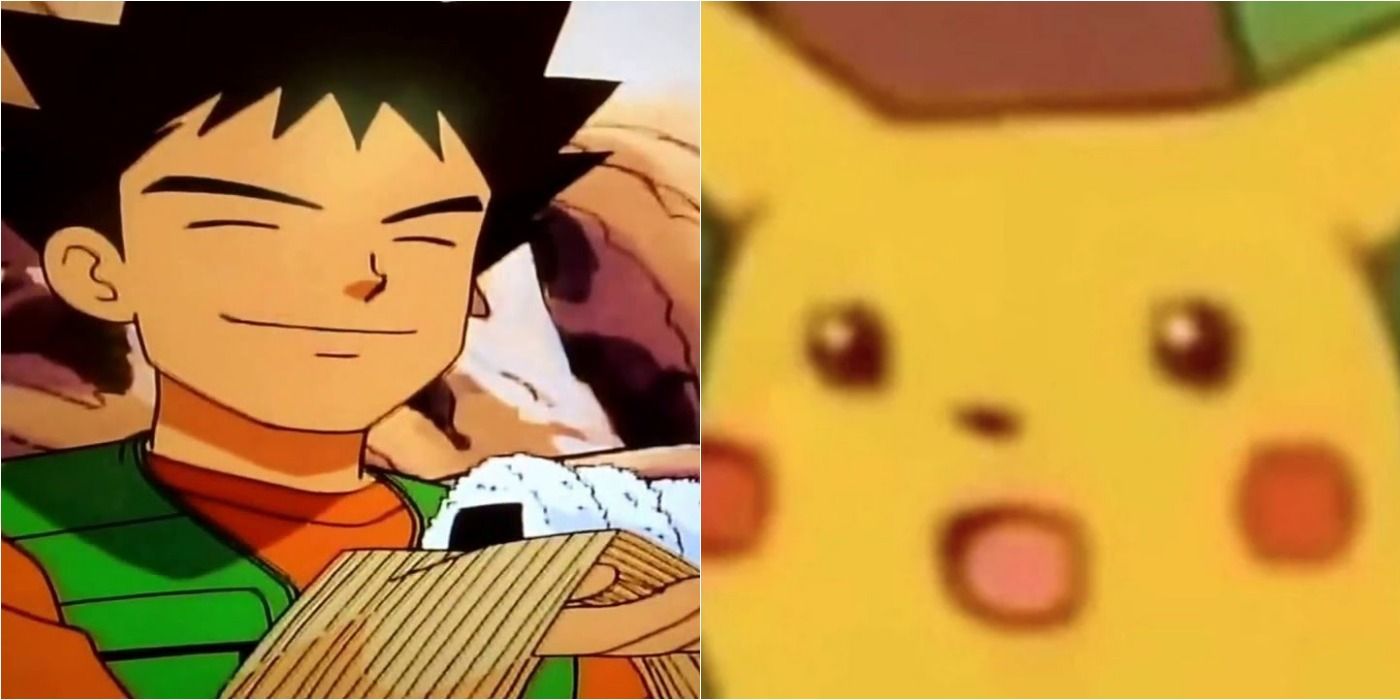