FromSoftware has made a name for itself with difficult games that people typically refer to as Soulslikes or the Soulsborne games, mixing the names of Dark Souls and Bloodborne. On the fantasy side, from Demon's Souls to Elden Ring, often the consensus is that the best way through is to use magic.

Most of the games include the Soul Arrow as the base sorcery, with some exceptions when you get to Elden Ring. In almost every game, you start with one of the most powerful spells. The big question is, which is the best starting sorcery? 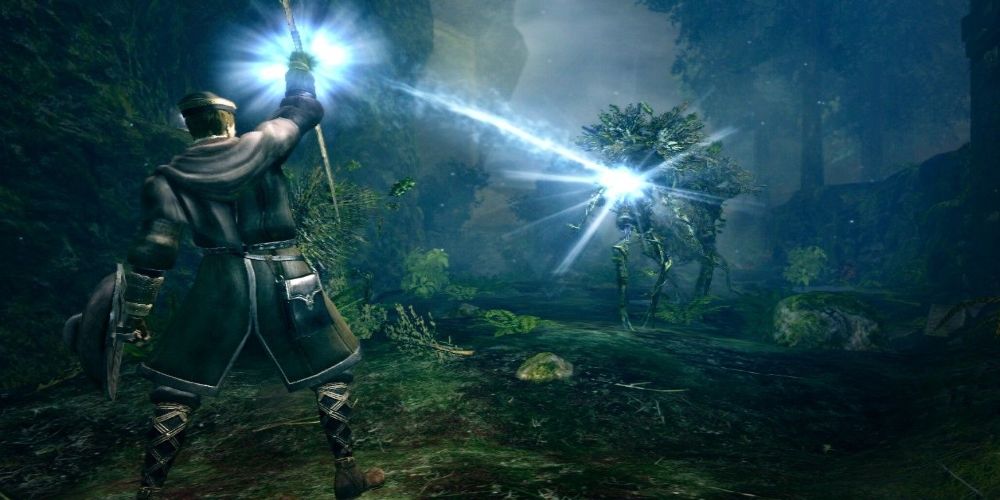 Maybe for the time, Soul Arrow in the first Dark Souls was a mighty spell that destroyed enemies. However, in the perspective of the more recent entries, it feels less effective, to the point where you could be better off as a Pyromancer depending on how you want to play.

The problem is the spell's cast time, and limited amount of uses. It deals 1.1 times your catalyst's damage, so it can do well against certain enemies, but it is weaker than other games. Casting it takes a long time, and you can't move while you do, making you a target for enemies. To make matters worse, it does not consume mana (or FP) as there is none, but it is based on ammo. Thirty shots is a good amount, but it can be difficult for beginners as the damage is not there until you level up. 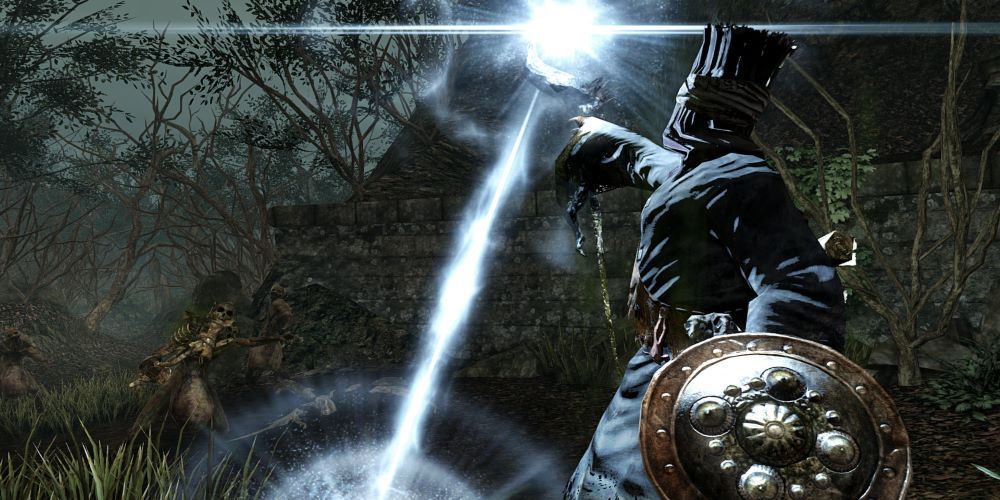 Some feedback must have been taken on board, because right from the start the Soul Arrow received a buff in Dark Souls 2. As a result it is more robust, with a faster casting duration to ensure you hit your targets before they get to you.

The issue is that FP does not come into play, so you are again limited to 30 shots. If you can make each cast count, that makes up for it. Still, if you had FP or MP in Demon's Souls, you would have a better chance of refilling it without going to a bonfire. 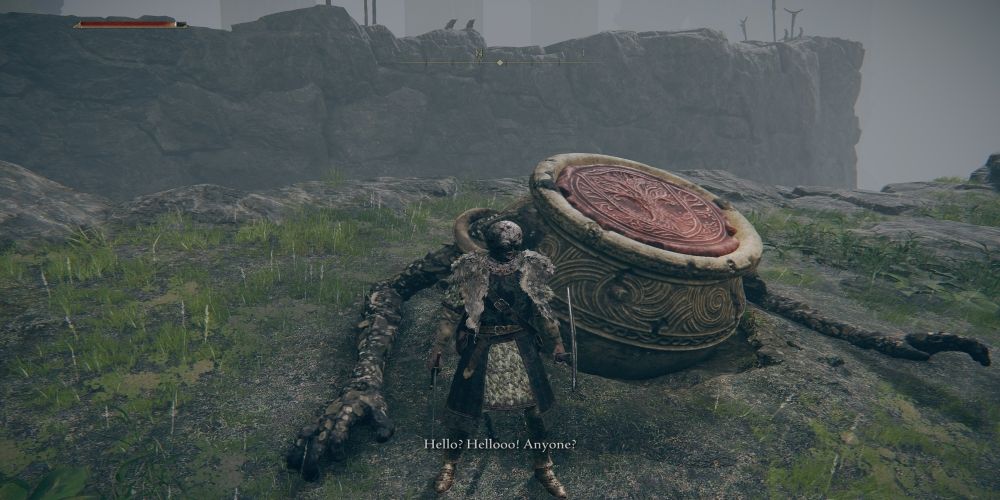 The Prisoner class in Elden Ring starts with a reasonably strong sorcery, Magic Glintblade. The damage it deals, especially in the early game when you don't have any other spells, works wonders while you are still building your class.

Once you get other sorceries, however, you may not find this to be as useful. When cast, it projects magic into the air that wavers for a moment, before firing a bolt. Compared to the other starting spells from the Astrologer class, this is more expensive, with a required 14 Intelligence and 12 FP cost. On top of that, taking a moment for it to fire at your enemy weakens its effectiveness when looking at what else is available. 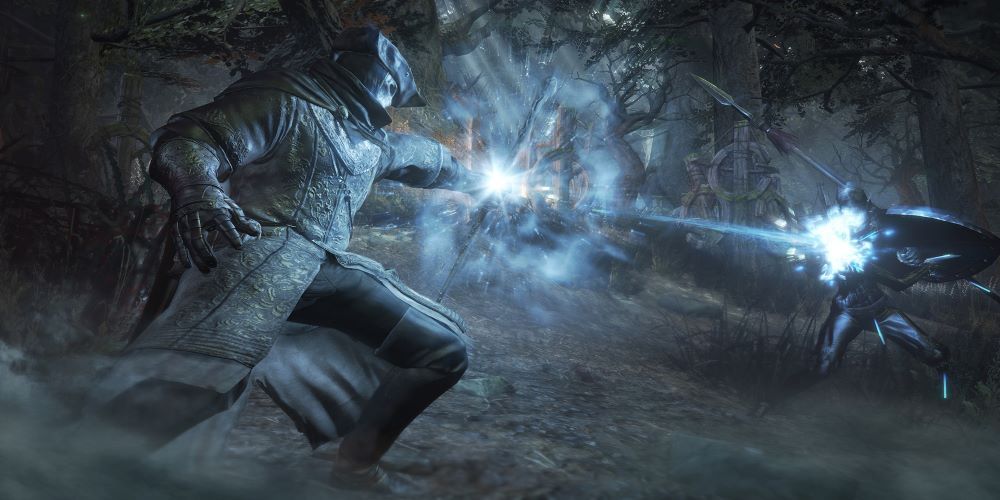 A fast cast time with solid damage means Dark Souls 3 holds one of the better starting sorcerer classes. This version of the Soul Arrow deals 1.27 times your catalyst's buff, making it quite strong initially — especially depending on how you make yourself stronger later in the game.

Dark Souls getting FP means using your Ashen Estus Flask to restore your FP for more magical carnage, especially when you have a starting spell that only costs seven FP. The mechanic greatly boosts all magic in the game, but when starting out it is even more beneficial. 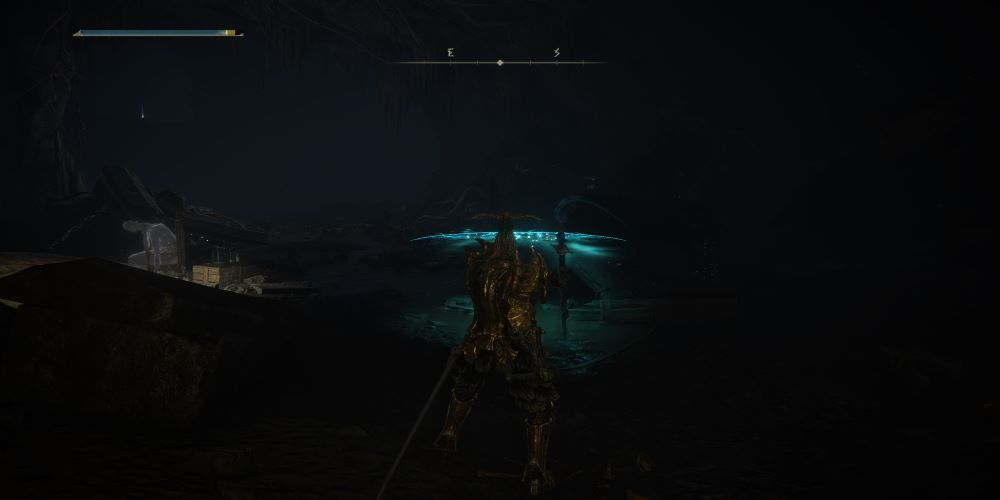 When playing a Soulslike, you always come across a moment where you are overwhelmed with enemies. Your tactics can change depending on your class and playstyle. Elden Ring makes that decision easier with Glinstone Arc, one of two starting sorceries that is perfect for crowd control.

Quickly cast a magical arc that can hit multiple enemies at once. With a cost of ten FP, you can get in quite a few shots before needing to refill. It doesn't deal a ton of damage, but if you take your time when you are up against multiple strong foes, you can simultaneously wither them away.​​​​​​​ 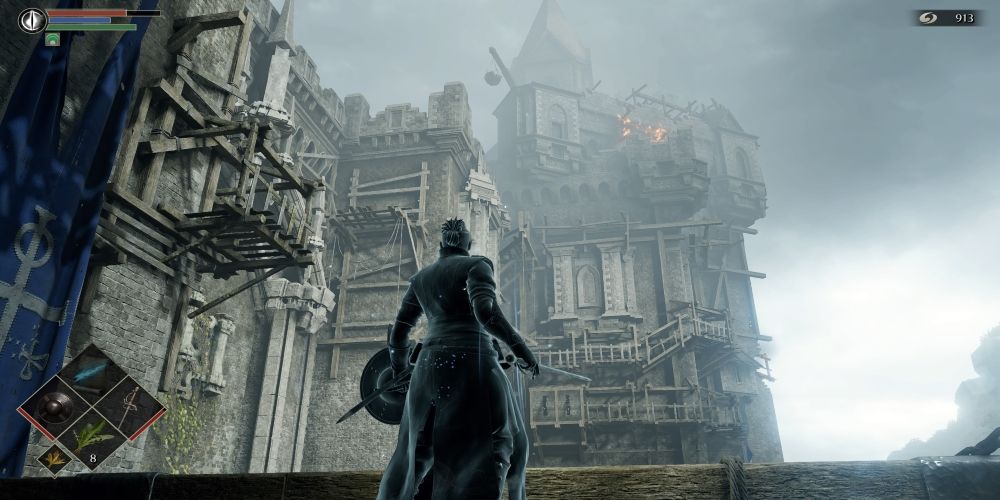 For some reason, the start of FromSoftware's journey into obtuse, challenging action RPGs that would launch the studio to stardom had MP, despite ditching it in the first two Dark Souls games. Maybe it was because of it being overpowered, since the original Soul Arrow was devastating.

In both the remake and the original, Soul Arrow cost only five MP. With its modest cast time, you can fire it at an excellent rate to ensure nobody gets near you. For beginners, this is where you can see why people find that magic is the genre's easy mode.​​​​​​​ 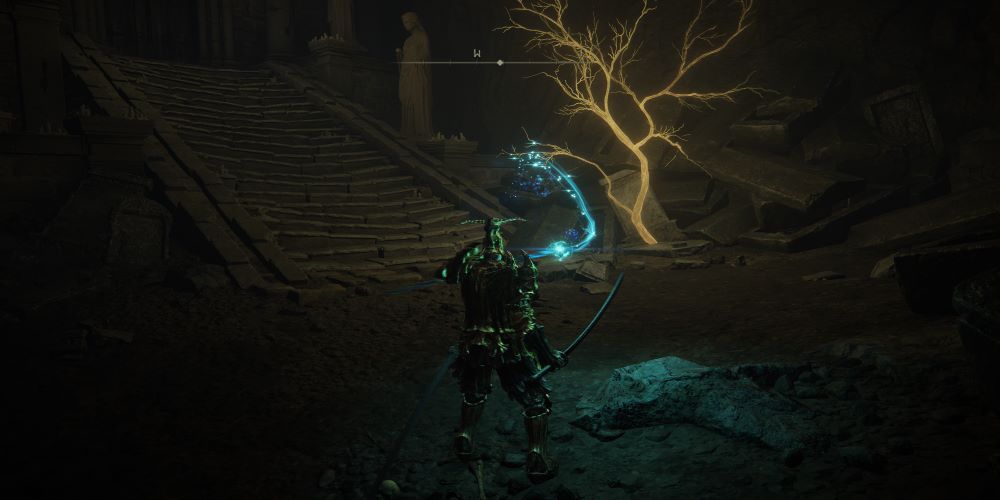 If you want to boot up a FromSoftware Soulslike and wish to be instantly overpowered, then select Astrologer and use Glinstone Pebble.

Costing only seven FP, it feels like having the fantasy equivalent of a semi-automatic gun because its cast rate is so high. Unload into enemies and watch them fall. While there are other powerful spells later on, this starting sorcery rivals anything in the game. So, even if you are toward the end of your adventure, keep Glinstone Pebble in your pocket.