An adult remembers, on average, about one to three dreams a week. Questionnaire studies have nevertheless shown that 2.7% to 6.5% of people declare that they never dream.

However, when these same people are re-interviewed, most of them say they have already dreamed of being a child or young adult, which suggests that only 0.38% of adults seem to have never remembered the slightest dream during their lifetime.

When these people, unable to remember any dream, are awakened at the end of REM sleep periods (stage when dream activity is most intense and unbridled), they cannot tell their dream, any more than they do not report feeling any particular thought, feeling or emotion within the past few minutes.

We could, therefore, conclude that dreaming is not an experience shared by everyone. But how do you know if everyone is dreaming? 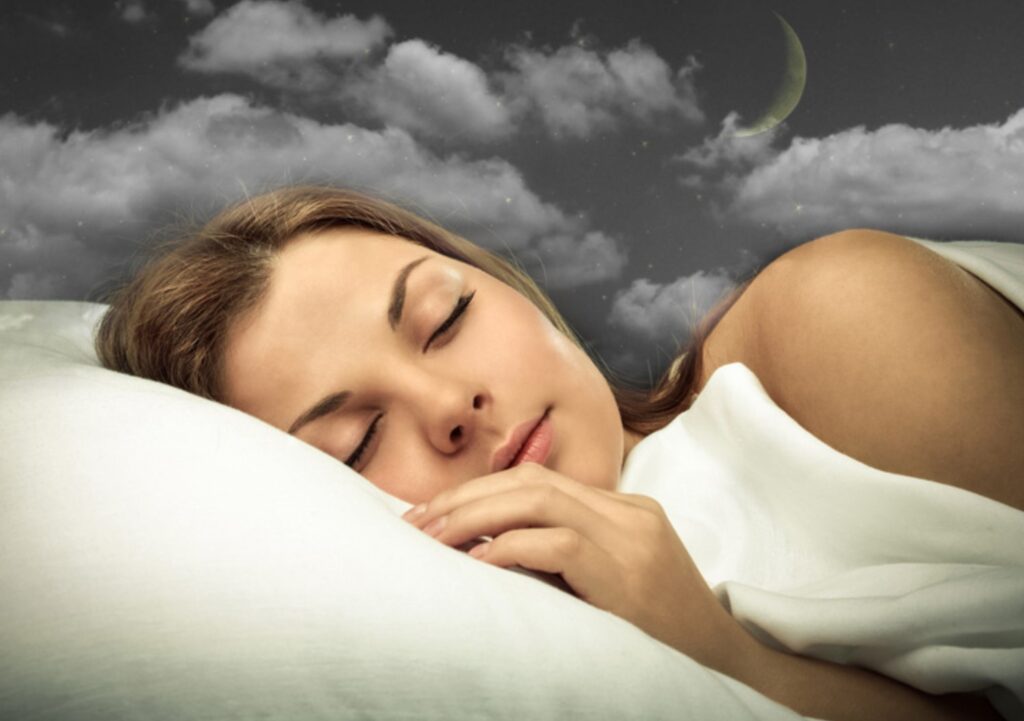 To try to answer this question, scientists studied patients with REM sleep behavior disorder (RBD). This disorder manifests itself as nightly restless nightmares.

There are two types of RBD, one associated with Parkinson’s disease (Parkinson’s RBD), the other called “idiopathic”, without any other associated neurological disease.

RBD corresponds to abnormal nocturnal behaviors which can embarrass the patient’s spouse, either by interruption of sleep or by the injuries which he can inflict to him.

Normally, a sleeper would be completely paralyzed during REM sleep because an area of ​​the brainstem blocks neurons located in the spinal cord (spinal motor neurons).

In REM sleep behavior disorder (RBD), this lock is lifted. The abolition of the muscle tone in REM sleep is incomplete, which allows the patient to move until he has violent behavior. 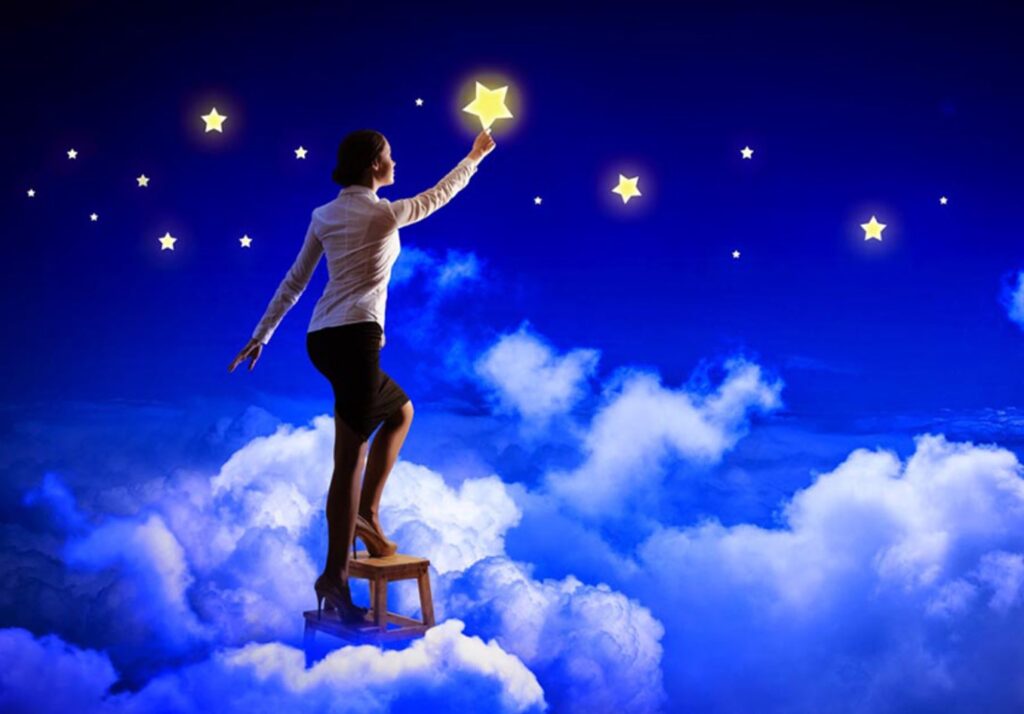 The study focused on three groups of patients suffering from a REM sleep disorder: some remembered their dreams while others were completely unable to do so for a long time or never.

The third group was made up of subjects who, when awakened during these episodes, could tell the content of a dream in line with the movements observed. Among the latter, their story evoked an argument, an attack, a fall while they were followed by dangerous criminals or ferocious wild animals, etc.

This nocturnal pathology, in which patients exteriorize their dreams in REM sleep (gestures, words, behaviors), therefore consists of an extraordinary window to answer the question of whether individuals who claim to be non-dreamers do not actually dream or so simply they don’t remember their dreams.

In the middle-aged adult subjects, RBD without other symptoms can be a sign of Parkinson’s disease or dementia. This disorder can, therefore, reflect the onset of neurodegenerative disease, starting in the sub-coereleus locus, a small area of ​​the brain located under the locus coereleus whose activity is completely abolished during REM sleep.

The pathology progresses to the substantia nigra where the neurons destroyed in Parkinson’s disease are found. 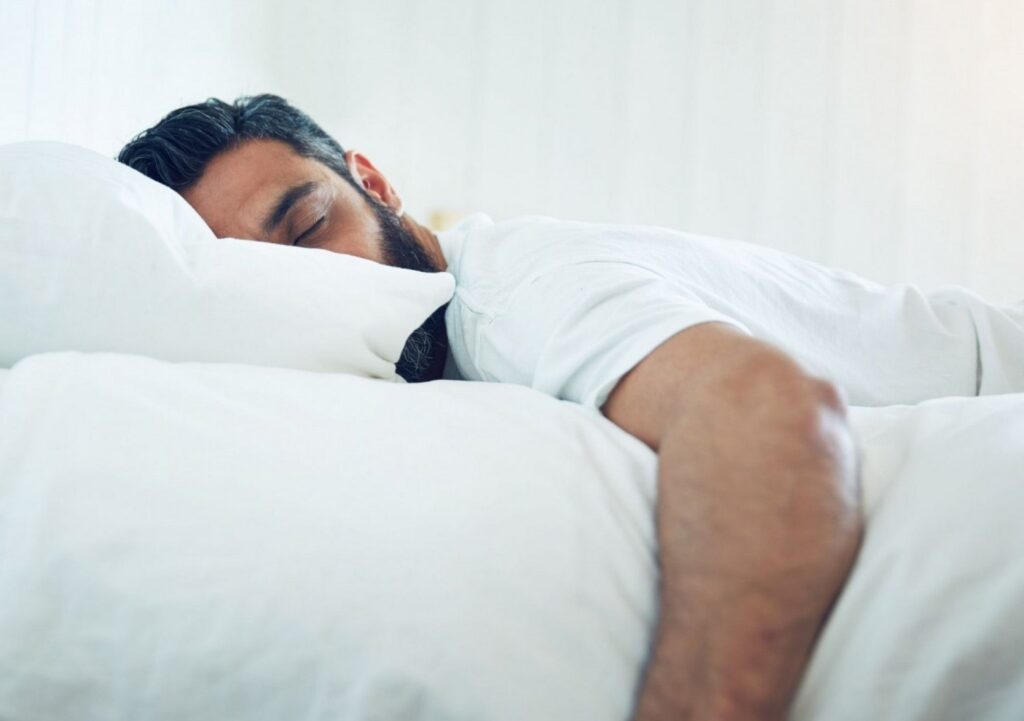 It is possible to see what a patient dreams of, even though he considers that he never dreams. In other words, researchers can indirectly gain access to the mental image of a person dreaming.

Like this patient who, with his eyes closed, calmly performs the gesture of eating a yogurt with a fictitious little spoon while there is no food in the room, of smoking quietly when there are no cigarettes next to the bed, or reaches out and shakes hands saying “hello” in the presence of an invisible person.

During these motor behaviors, the patient externalizes his dreams, materializes them. He dreams of deeds like if we were seeing mime Marceau, eyes closed in his bed. The RBD invites us to reflect on the very definition of the dream.

If dreams are mental contents occurring during sleep and which are remembered upon awakening, can we consider the complex scenic behaviors of the RBD of which the patient has no memories as a dream activity?

It would be fascinating to compare, by nuclear medicine techniques, the brain activity of patients with RBD, able and unable to remember their dreams, in order to determine the regions involved in the encoding of dreams and those which are activated upon waking when we remember them.

To those who would like to know the most frequent words in the mouth of those who speak and swear during an RBD, by frequently associating gesture with speech, let us note that it is a question of No and of Damn, out of a total of over 8,000 recorded verbal expressions.

In the end, we observe in patients with RBD who remember their dreams a correspondence between motor and verbal behavior and the account that is made of it.

Insofar as patients who never remember their dreams have exteriorizing behavior similar to those who remember it – even though they have no memory deficit or problem in producing a mental image during the day – it is logical to think that these RBD patients who consider themselves non-dreamers dream during these periods of REM sleep.

In other words, they produce dreams but do not remember them.

These results show everyone is dreaming but that a very small part of the population cannot remember them. Thus, if the making of dreams is universal, the possibility of remembering them can be variable.

It remains to be seen whether these results obtained from rare patients with RBD are valid for people who declare that they never remember their dreams but who do not have this behavioral disorder.

Soft as a lamb by day, violent by night 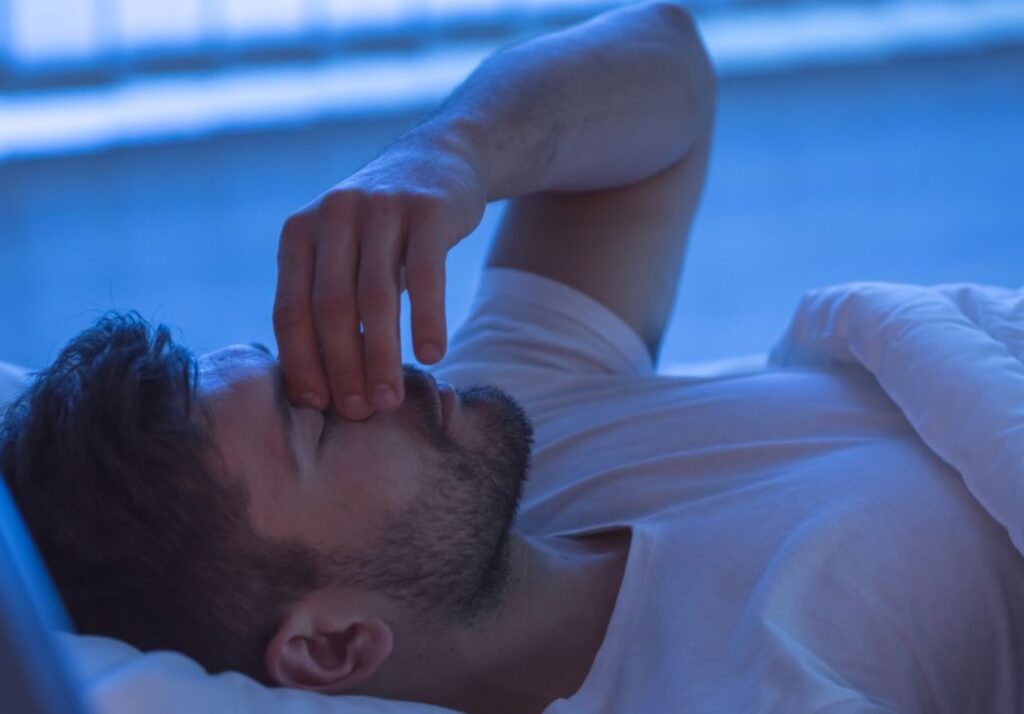 There is a stark contrast between abusive speech and aggressive behavior at night and a placid and polite character in patients with RBD during the day.

Restless nightmares, when they become daily, can put people with RBD or their spouse at risk. A study has shown that 69% of patients injure themselves in their spouse: bruises of the head or hands, wounds requiring stitches, more rarely a subdural hematoma following head trauma.

In the United States, an elderly man strangled his wife during an episode of RBD. He had seen burglars in his nightmare enter the motorhome and assault them in their bunk.

The nights are peaceful. The treated patients can however still speak in their sleep, which ultimately does not bother their spouse.

Dreams are curious and they can be interpreted in different ways, and for more information about the meaning of dreams, visit this website.