Developer Lionhead Studios’ acclaimed RPG Fable 3 improved upon its predecessors in many ways. The game, which is only available on Xbox 360 and PC(Windows) features a gorgeous landscape backed by an interesting story. Fable 3 is widely hailed for the interesting ways in which it approached traditional Fable mechanics, namely morphing. The combat was also overhauled with the addition of many new weapons and classes of weapons. Another distinctive feature when it comes to weapons was that they were randomly placed. This means that no two players would find the same weapon at the same place.

Regardless, there are some weapons that are the best in their respective class and are worth having in the inventory. 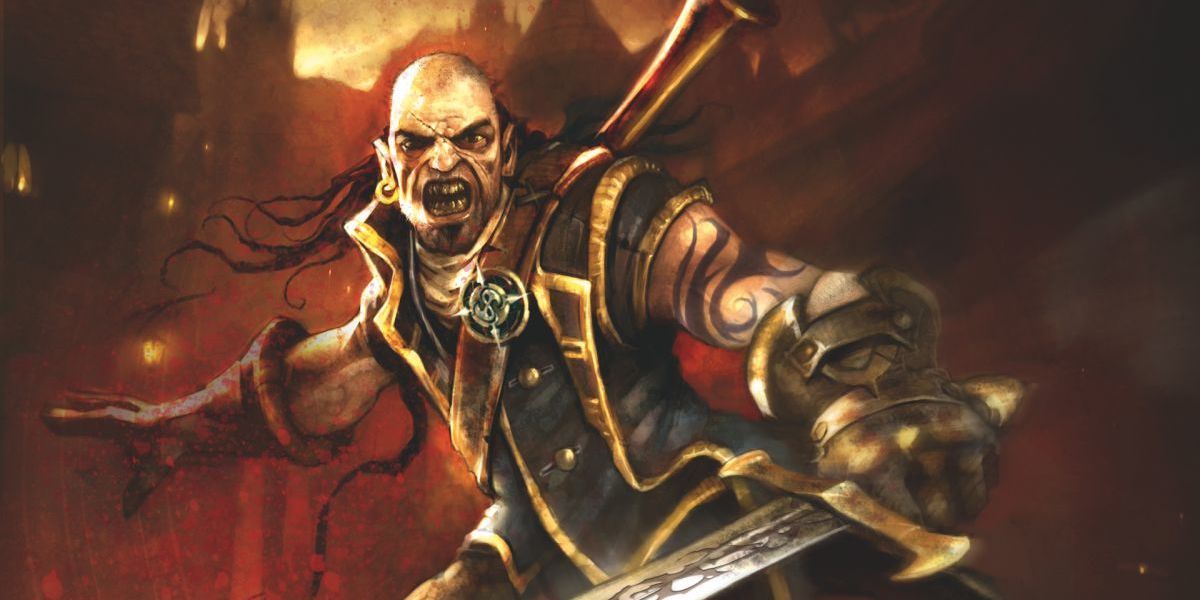 In an apparent homage to the Beatles, the Beadle’s Cutlass is a masterclass in sword building. The sword, which was hailed as the “greatest weapon ever made” by its creator has a high damage output and can be found in one of the seven random weapon locations in the game. Its augmentations include Day Ripper, Killer, and Braggadorcio which greatly improve the stats of this weapon. Beadle’s Cutlass also constitutes one of the few Legendary Swords in Fable 3. 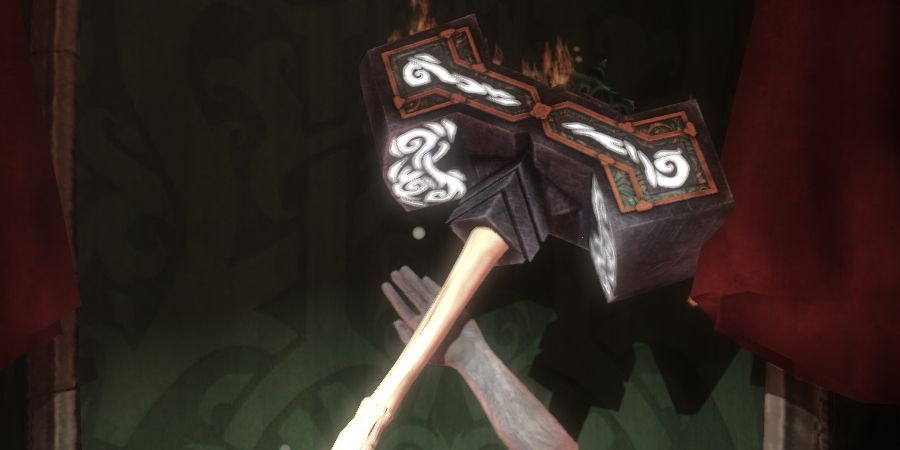 This legendary hammer once belonged to one of the greatest ancient Auroran warriors, Tannar. The owner was known to be virtuous and dedicated his entire life to the protection of his people. Due to Fable’s random weapon drops, there’s no specific location where Tannar’s Hammer can be located. The hammer’s augmentations include Defender, Enforcer and Holy Fire.

The Defender and Enforcer Augmentations increase the damage by 30% and 16% respectively, while the Holy Fire increases Flame Damage by a substantial amount. 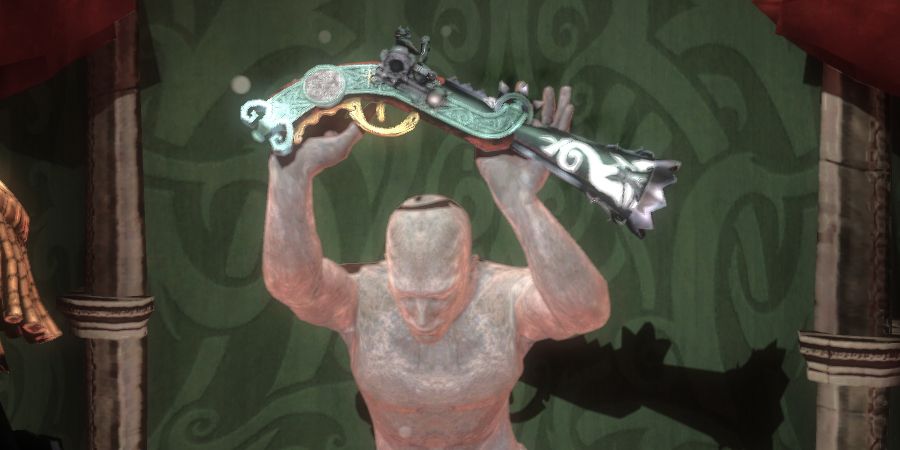 The Black Dragon is one of the best looking and best performing Legendary pistols in Fable 3. The six-shot clockwork pistol is a perfect fit for players who prefer precision and accuracy in combat. To acquire The Black Dragon, players have to earn 450 points at the Mercenary Camp Shooting Range in the Understone DLC. The pistol contains the following augmentations: Dragon’s Teeth; Dragon’s Skin; and Dragon’s eye. These augmentations help players ‘Earn Guild Seals Faster In Combat’, ‘+40% Damage At Night’, and ‘+13 Damage’ respectively. 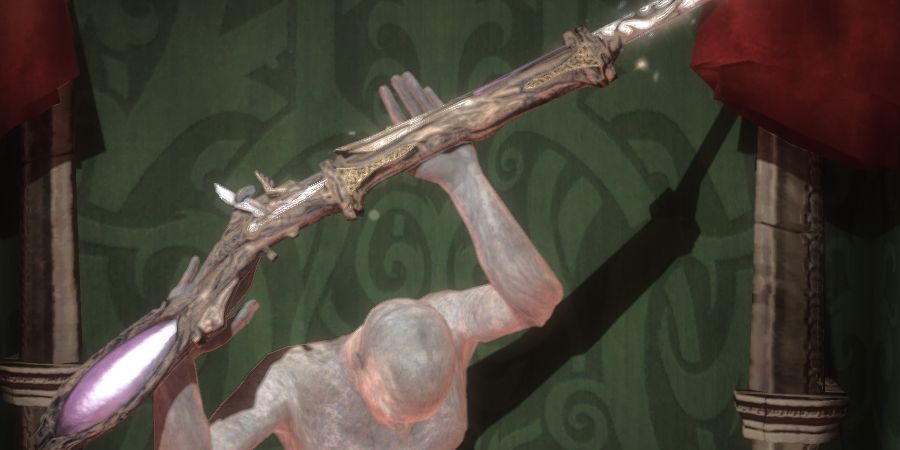 The Dirty Harriet is a legendary rifle in Fable 3 that has a huge damage output even at extreme ranges. The rifle originally belonged to Harriet Thatcher who was the first and only female guard in Bowerstone. In order to acquire it, players will have to score 90,000 points in the Wheel Of Misfortune game.

Dirty Harriet can be found in Reaver’s Mansion where after completing the pre-requisites and downloading the Understone Quests DLC. The augmentations on this rifle include Inspector, Hitwoman, and Sainthood. 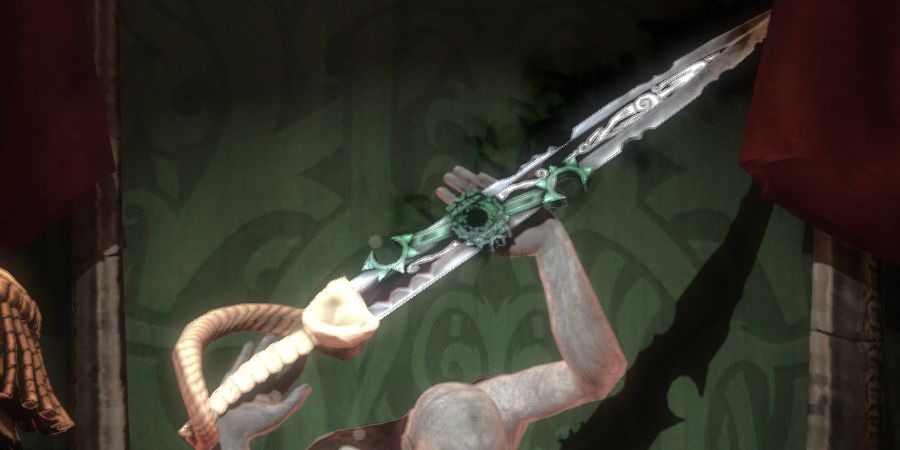 Shardbone is one of the best Legendary Sword in Fable 3 that can be unlocked by purchasing Fable: The Balverine Order or if players had pre-ordered the game on Steam. The Shardbone has a dark history and is known to emit pure evil. Players should try and get their sword fully augmented as it increases the sword’s base damage from 89 to 109, making it the second most powerful sword in the game. Available augmentations for this sword include Unholy, Darkness, and Heartless. These can be activated by decreasing the hero’s moral standing (Unholy), killing 200 enemies at night (Darkness), and dragging 8 villagers to work (Heartless). 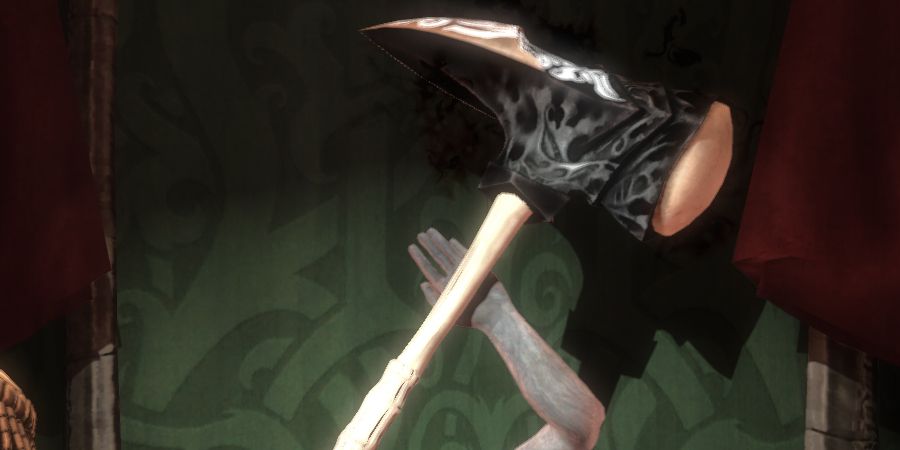 The Tenderiser is a hammer that boasts of having the second-highest base damage in the game. To acquire this hammer, players will have to complete the Dungeon Puzzle in Dark Sanctum but only after it has been fully restored. Augmentations such as Soul Burner, Fiend and Tenderise further improve the weapon’s stats. To get them players have to Kill 3 spouses (Soul Burner), earn guild seals from evil expressions (Fiend), and Kill 150 villagers or soldiers with flourishes (Tenderise). 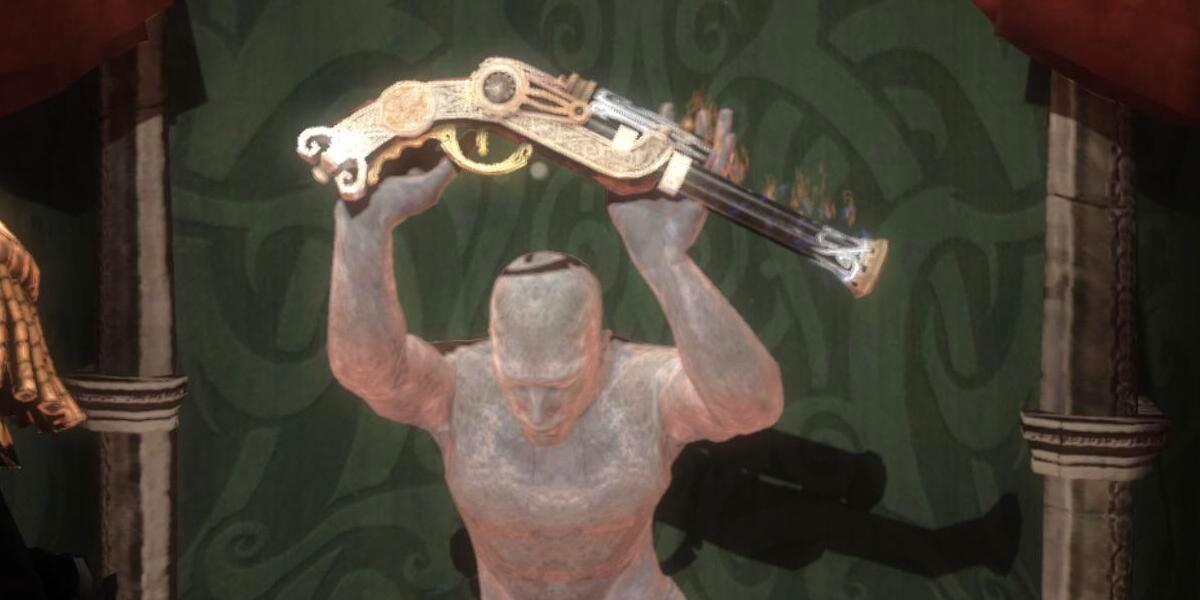 The Dragonstomper .48 shares its name with six other pistols. To find it players will need to visit the Sanctuary Treasure Chest and the Silver Chest in Bowerstone Castle’s garden. The latter requires 50 silver keys to open which makes this weapon really difficult to acquire. The augmentations make this Legendary weapon in Fable 3 even better. These include Revolutionist, Dragon’s Breath, and Workaholic. To acquire them players will need to kill 40 nobles, kill 150 soldiers with flourishes, and earn 10000 gold from jobs respectively. 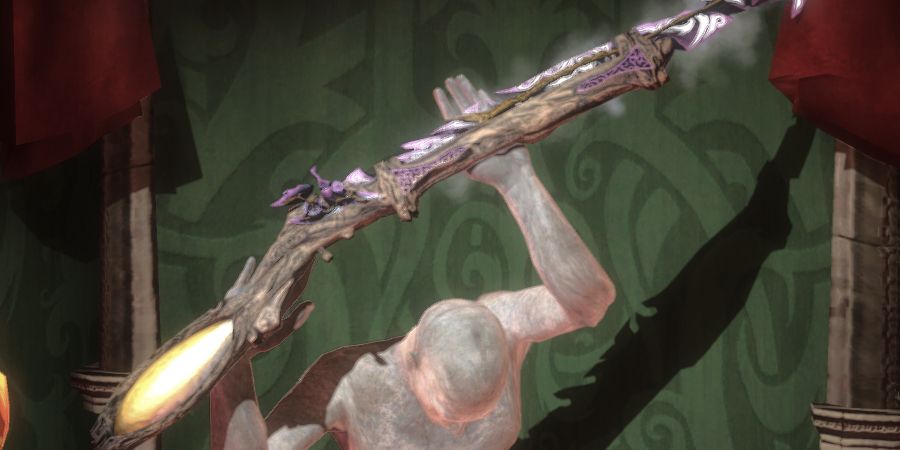 Skorm’s Justice is one of the best Legendary Rifles in Fable 3 and can be found at the Salt Mine or The Moral View in Aurora. In extremely rare cases players may also come across Skorm’s Justice in one of the other random weapon locations in Fable 3. The augmentations powering this weapon include Demon, Callous and unholy Blast. All 3 of them increase the damage output in various departments.

To acquire them players will have to decrease their moral standing (Demon), drag 8 villagers to work (Callous), and kill 3 spouses (Unholy Blast). 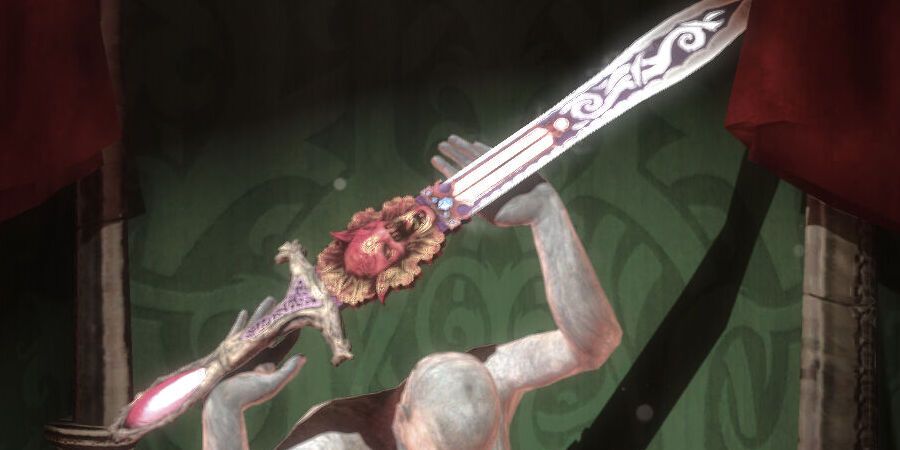 A healthy dollop of sexually promiscuous behaviour (in-game). That’s what players will need in order to attain the augmentations of The Swinging Sword. This sword is a relic in Fable 3 and can be acquired only with great difficulty. it can usually be found in the Sanctuary Treasury Chest or the Bowerstone Castle Silver Chest. The augmentations in the Swinging Sword include Man’s Best Friend, Ladykiller, and Swinger.  To achieve these perks players will need to make their hero have sex with men 15 times (Man’s Best Friend), have sex with 15 women (Ladykiller) and have an orgy with 4 other people (Swinger). Fun. 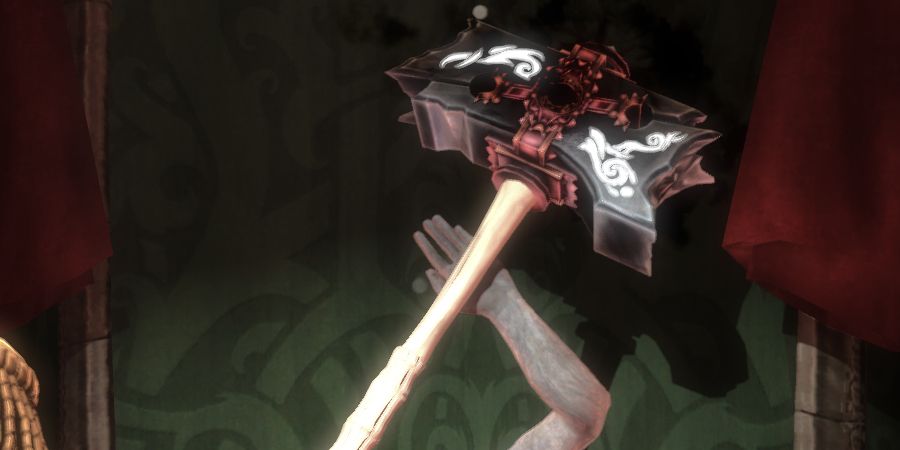 The most powerful weapon in Fable 3 when it comes to raw stats, is Jack’s Hammer. Belonging to the infamous Jack of Blades, the hammer can be found in the Auroran Mine or The Moral View in Aurora. Rarely, it can also be acquired in random weapon locations. Augmentations such as Blademaster, Shade, and Murderer further improve the stats of this weapon, making it even deadlier. To get these augmentations players will have to kill 50 villagers or soldiers with flourishes (Blademaster), kill 400 shadow creatures (Shade), and kill 100 villagers or soldiers (Murderer). 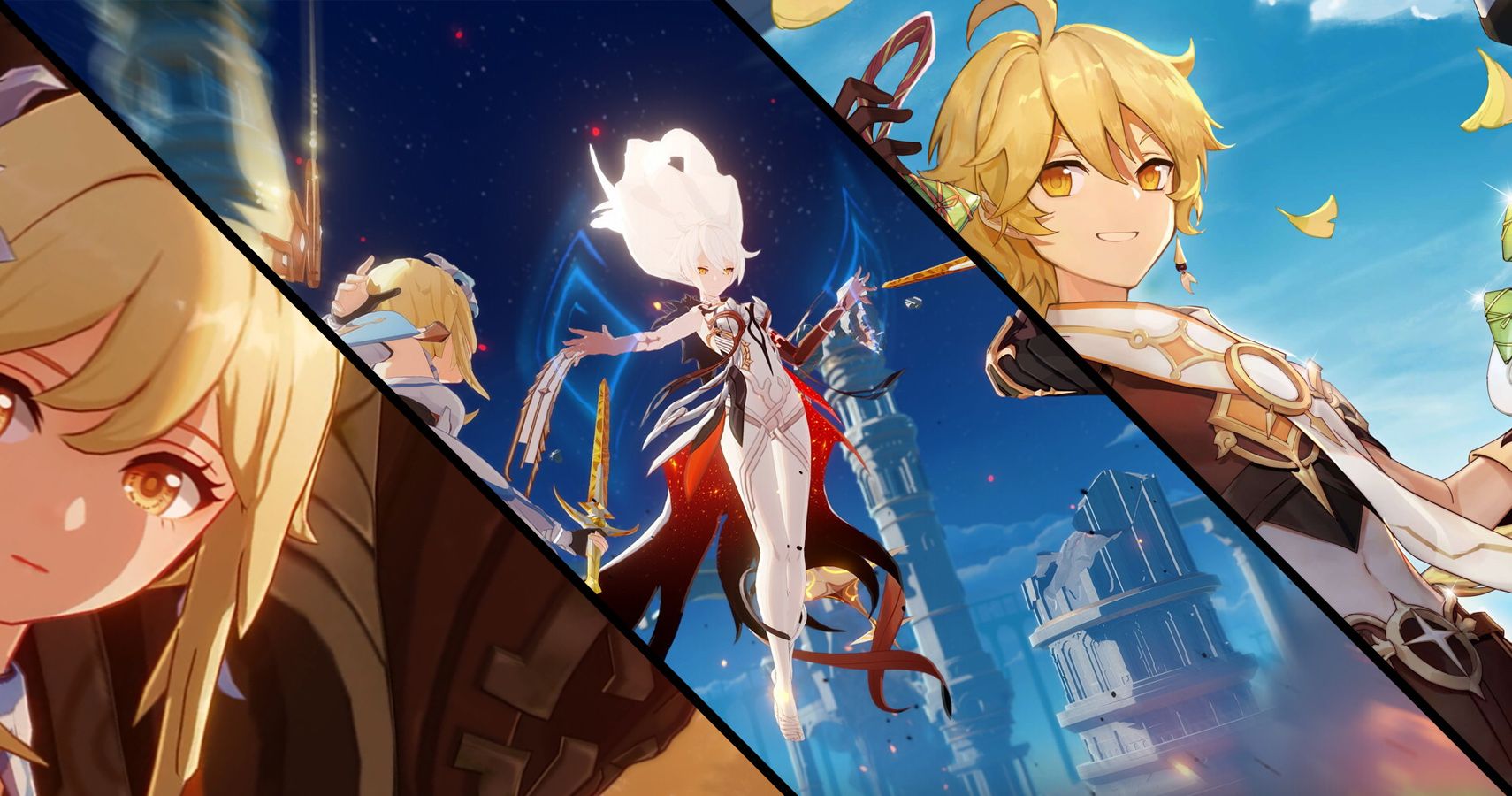 Manuviraj Godara is an avid reader, video game enthusiast and writer hailing from Jaipur, India. He is pursuing a graduate course in English Literature among other immoderate hobbies that include PC Building and collecting classic rock music records.