It's the season of giving, and Fall Guys is doing just that with their latest in-game event, the Gift Grab Event. Like past limited-time events, you will have the opportunity to complete specific missions in exchange for different event-exclusive rewards, all following a winter holiday theme for this particular event.

The Gift Grab Event will be available for longer than the majority of past events, running until January 5, 2023. That being said, completing the event missions to earn all possible rewards requires a lot of time and effort. But don't worry, we've got you covered with everything you need to know to do just that. 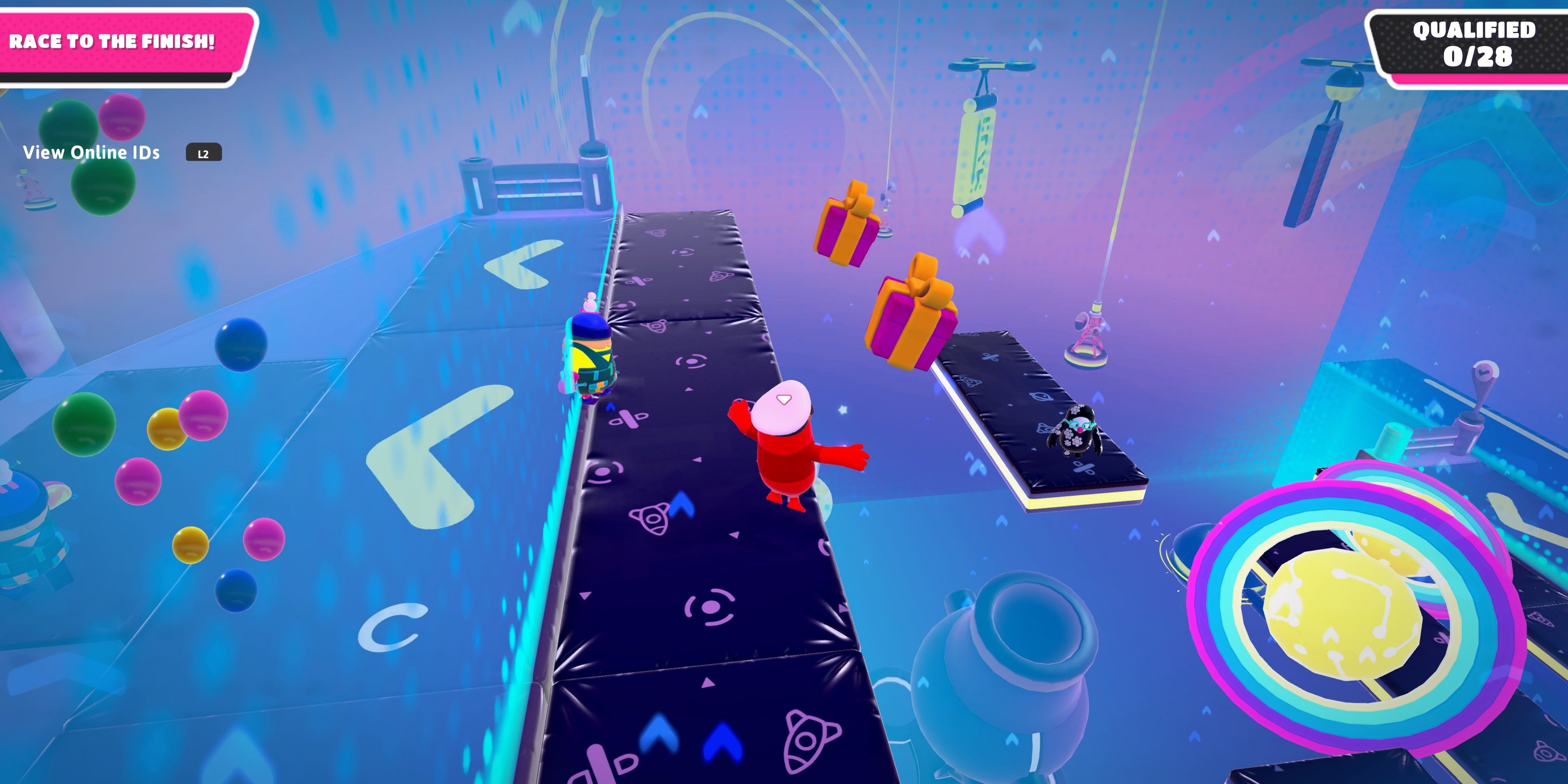 There is a limited-time Show that goes along with this event, titled Gift Grab. This playlist functions like a standard Solo Show, consisting of several familiar levels, but with an added twist.

Each level in the Gift Grab Show will contain Hidden Gifts, presents that can be found and collected throughout the different maps. Despite their name, these gifts can mostly be found in plain sight, typically not requiring you to go out of your way to collect them as you progress through each course.

The Final Round of the Gift Grab Show will not contain any Hidden Presents.

These Hidden Gifts play an important role in this event, with all event missions involving tasks that have to do with collecting them. 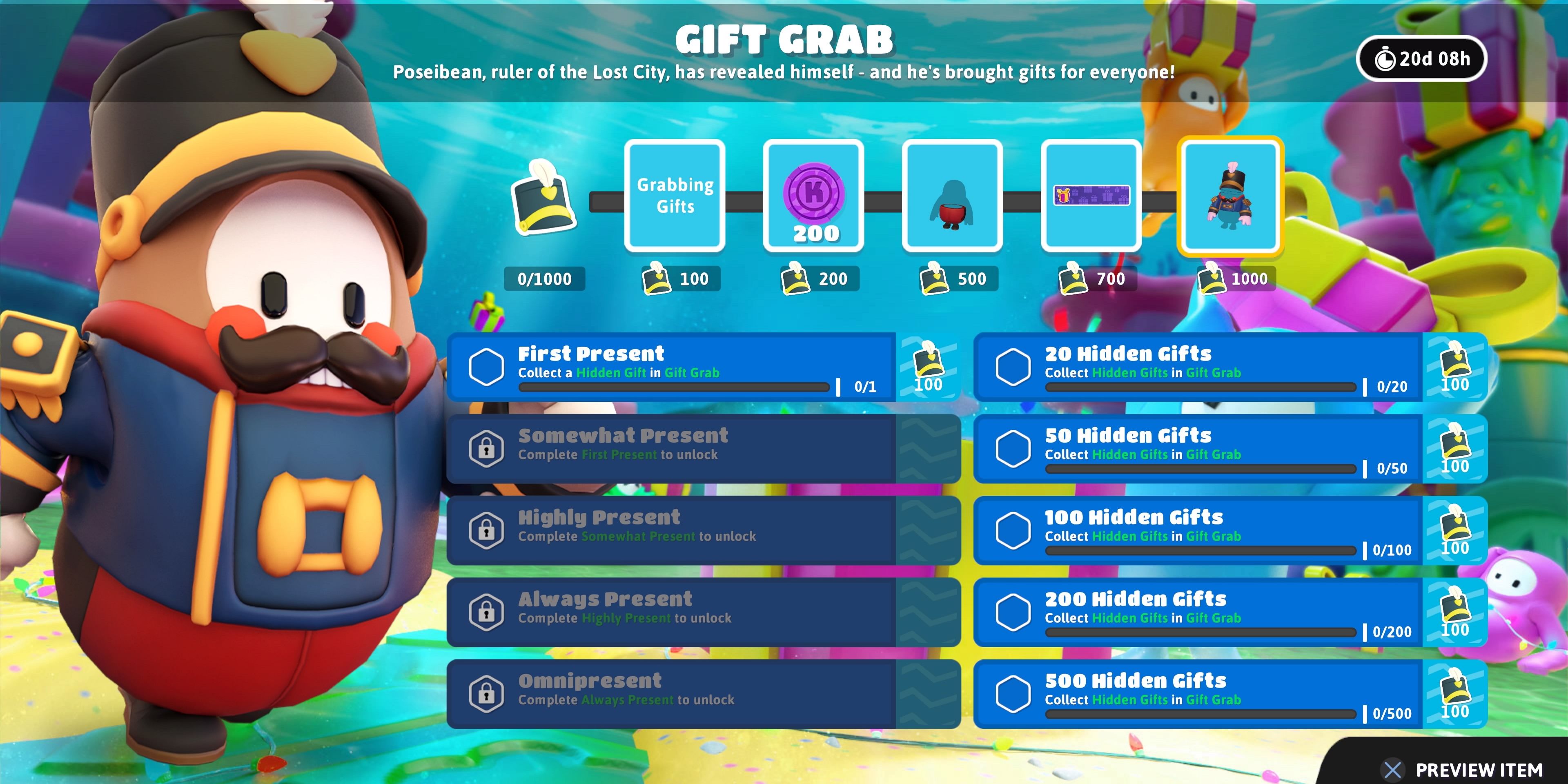 There are ten different event missions that can be completed throughout the course of the Gift Grab Event. As mentioned previously, each of these missions requires you to complete specific tasks involving collecting Hidden Gifts in the Show Gift Grab.

You will need to complete all ten event missions if you wish to obtain all available rewards. This is important to note because the Nutcracker costume upper is the final reward that you will unlock for this event.

Some of the event missions will be locked until you have completed others that are part of the set for this event. These unlock requirements are included in the table below for those that it applies to. 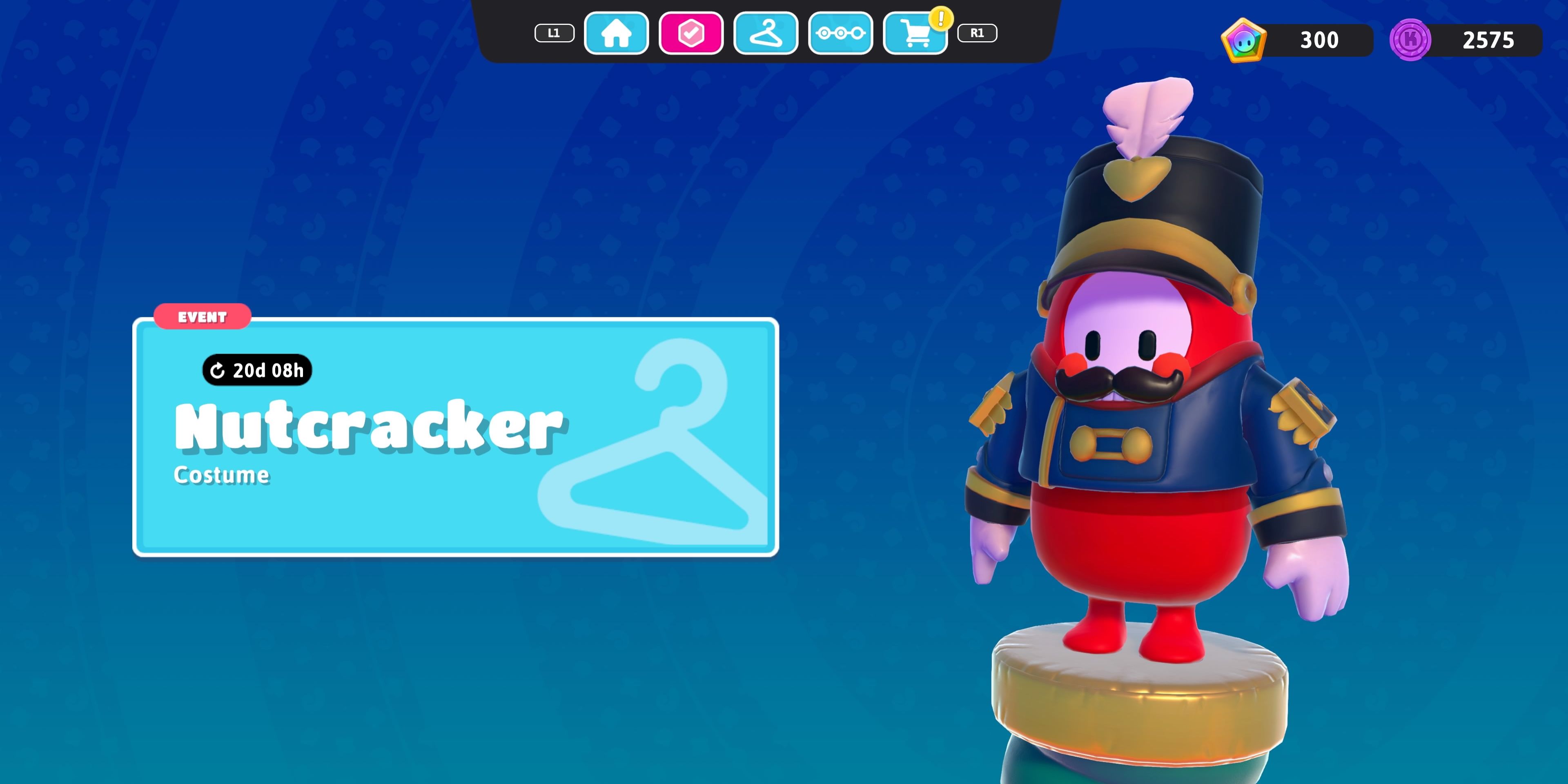 For this event, there are five different rewards that can be obtained, either cosmetic items or in-game currency. This includes the event-exclusive Nutcracker costume, being the fifth and final reward that you can earn.

You will earn each event reward by simply reaching the desired number of Nutcracker Hats that corresponds with it. This means that you do not need to spend this event currency to obtain them, allowing you to maintain the same total even after claiming each rewards.

Each of these event rewards can be found below with the number of Nutcracker Hats that are required to unlock them.